The Best Events and Festivals in Malta 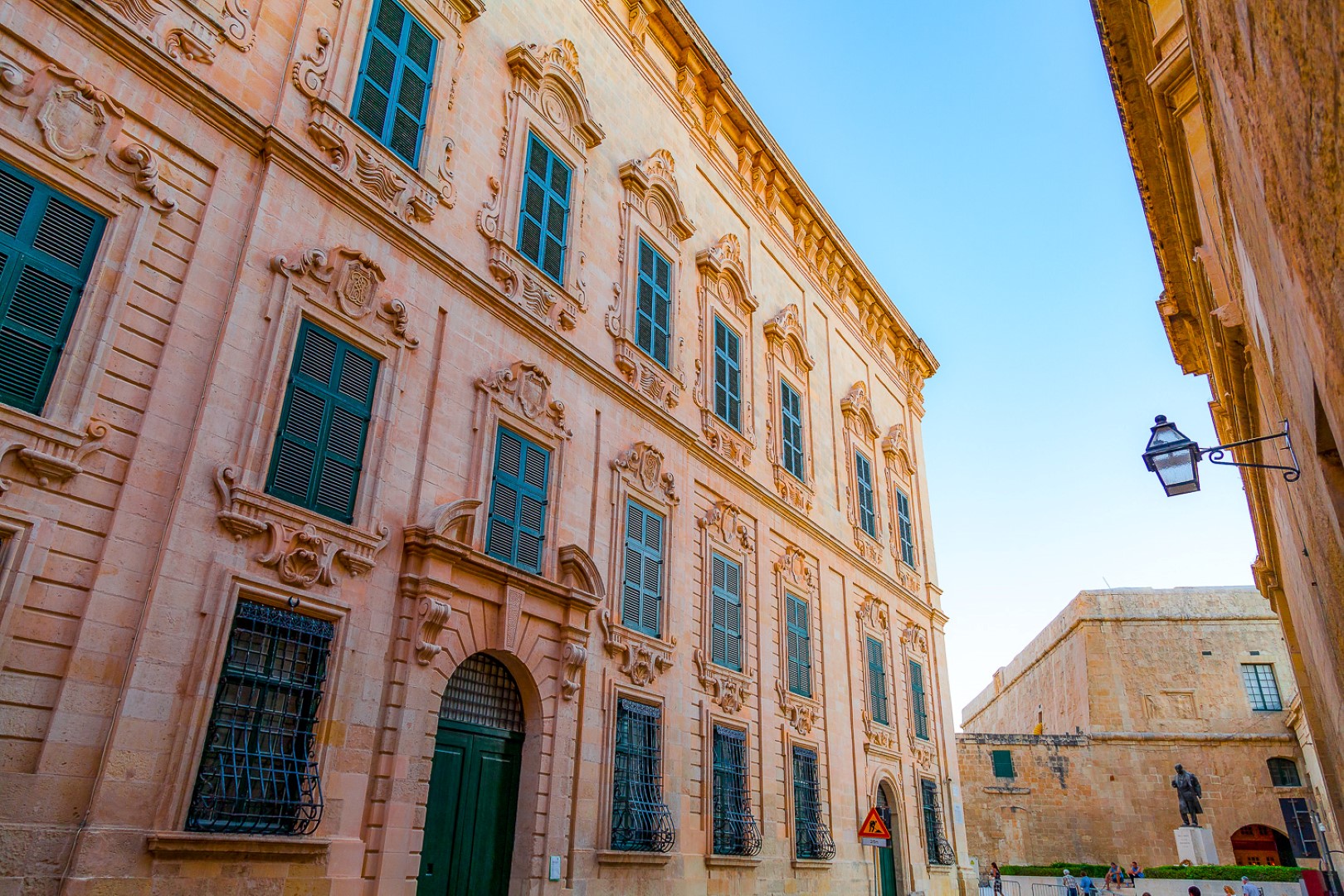 Annual celebrations and festivals happen all year round in Malta. And these celebrations appeal to both locals and foreigners alike. Almost every month, there’s a music festival, national holiday, or exhibition that goes on in the villages or in the city. Considering the strong religious tradition of the Maltese, the most popular of these celebrations is the village feast, which is a celebration done in honor of a patron saint. Participating in one or more of the festivals in Malta is certainly life-changing and exciting. Experience first-hand the culture and tradition of the Maltese wherein their holiday spirit really shines. 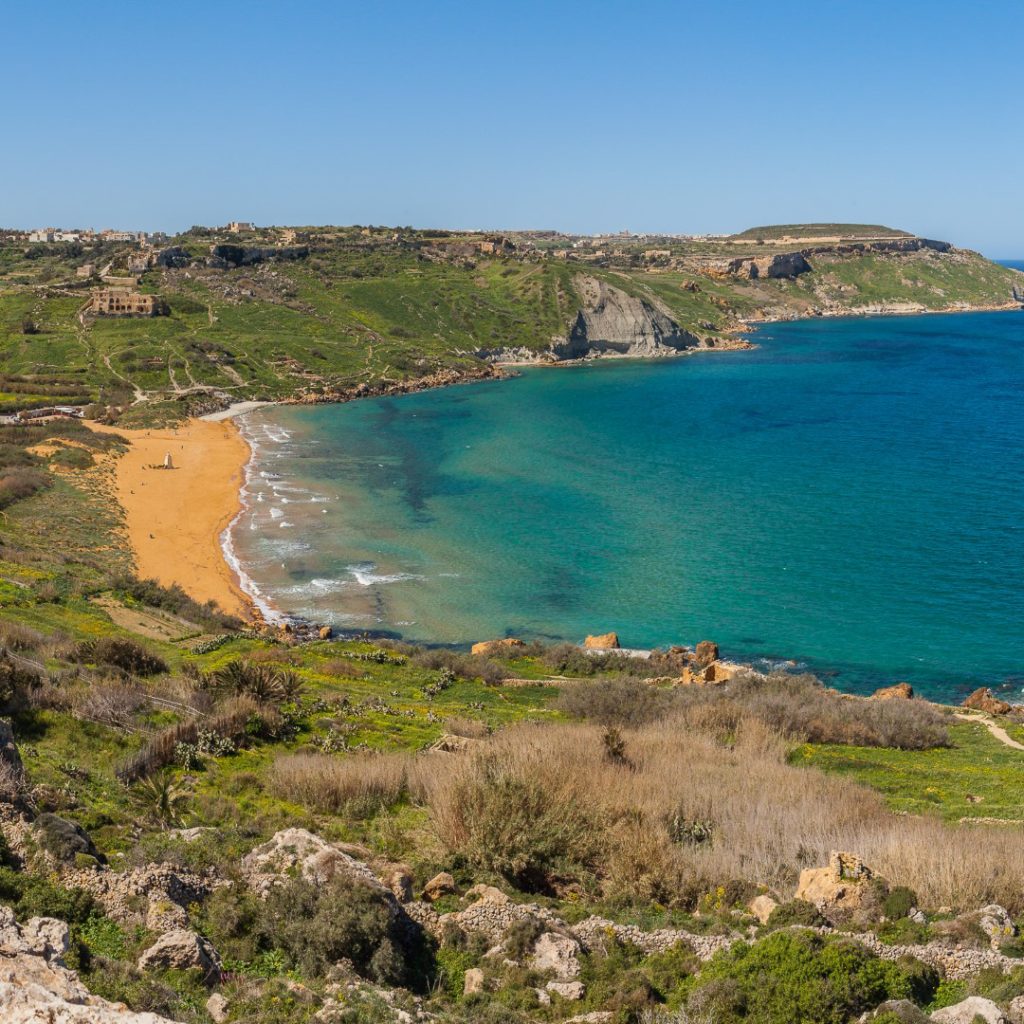 Malta is a small island of approximately half a million inhabitants and is situated in the middle of the Mediterranean sea. The Maltese people are very hospitable and can speak English well. If you like exploring historic and cultural point of interest when you travel, Malta is the place to visit next. There aren’t many countries like Malta (and the sister island of Gozo), with such a rich history, in so little space.  And the weather is great too, with over 300 days of sunshine and an average of 59 degrees Fahrenheit (15 Celsius) to 86 (30 Celsius) during summer and 15 degrees during winter daytime.

To help you plan out your vacation in time for these celebrations, here’s a list of annual events and their corresponding dates. Be sure to participate in one or more of these celebrations to truly enjoy your stay in Malta. 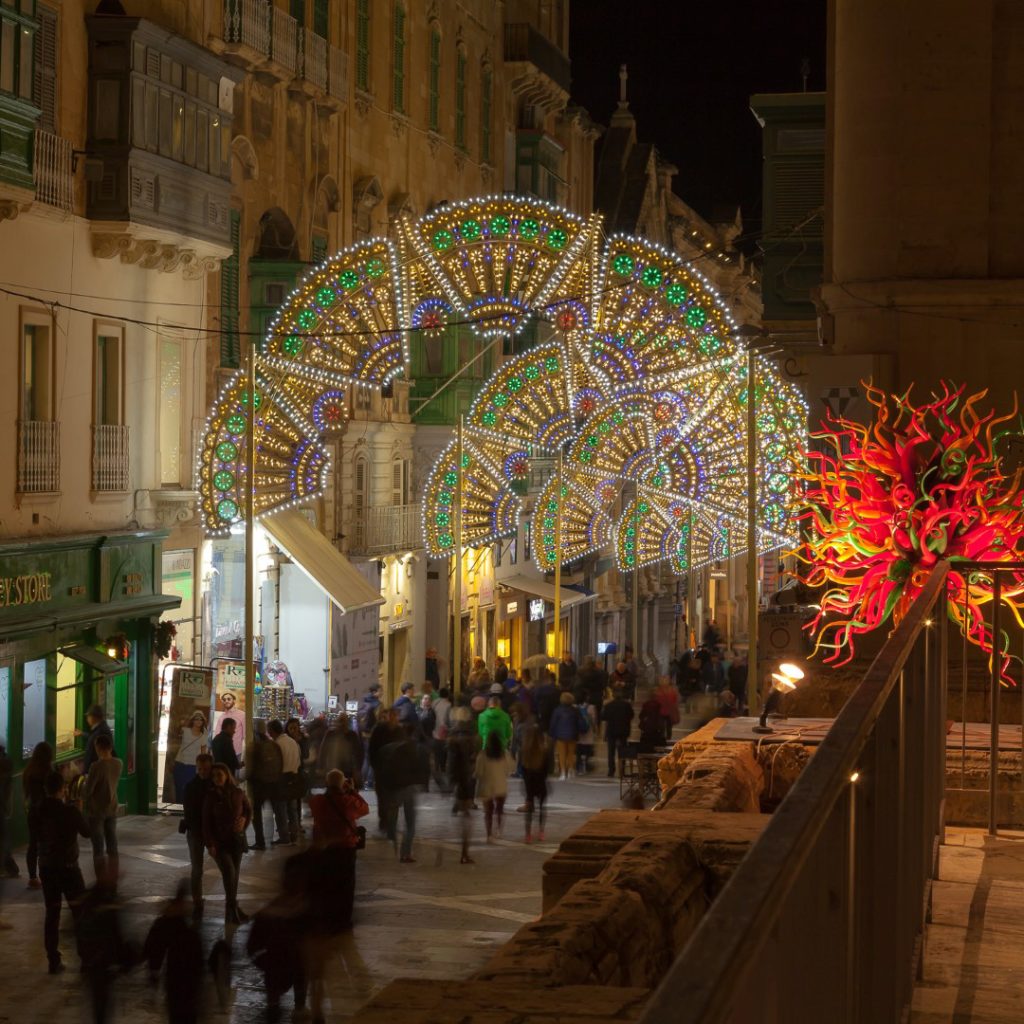 Are you a fan of the Mediterranean diet? If you are, plan your Maltese holiday in time for the Malta International Food Festival. This usually happens in March, and is a four-day festival that features not just one but seven international cuisines in one venue along with live musicians, acting performances, and other entertainment activities. Organised by Malta Tourism Authority, the event aims to attract tourists from all around the world and promote all three islands of the Maltese archipelago. There’s a Gozo and Malta edition of the festival, and you have to visit the official website to keep track of the specific dates and location. 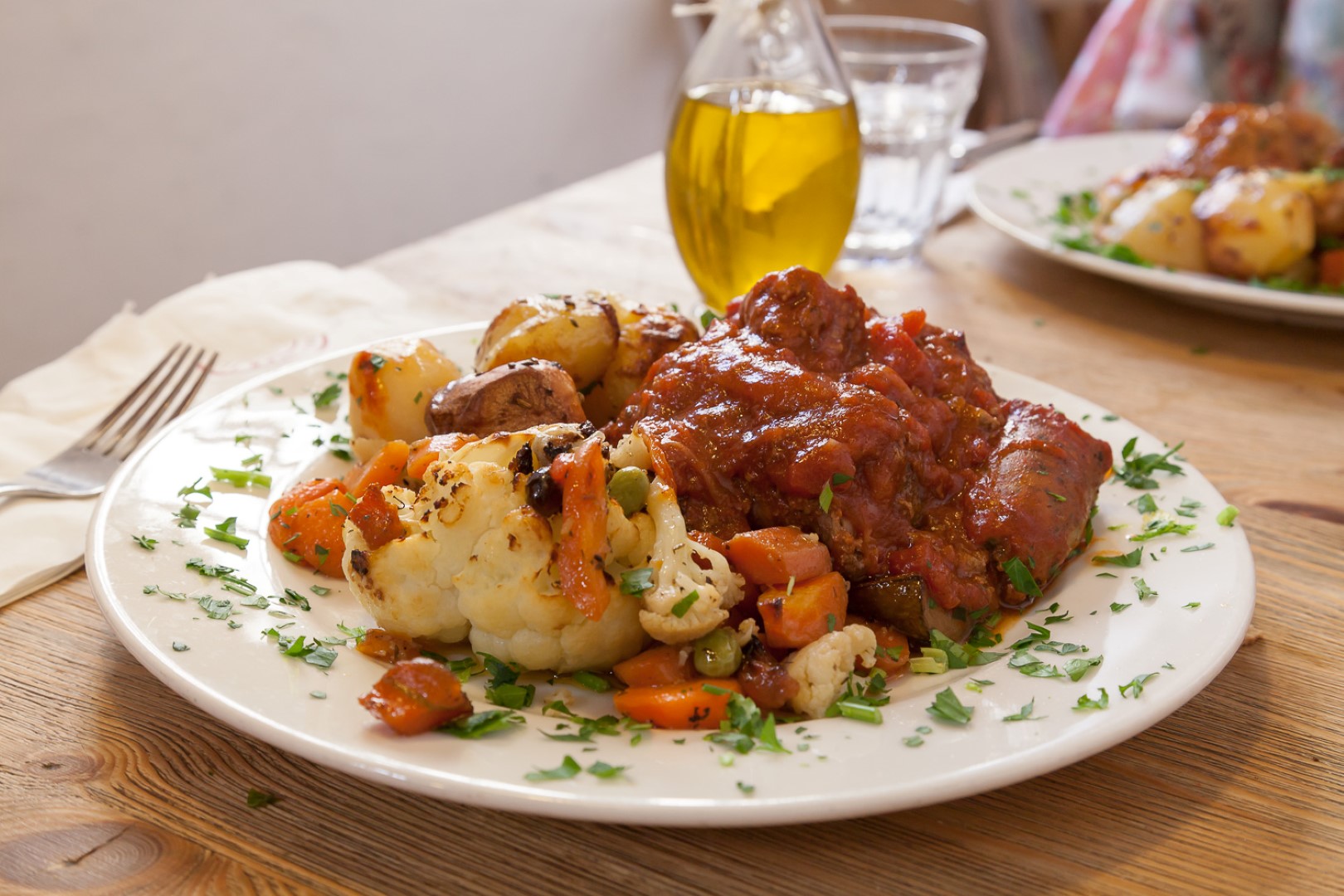 Holy Week usually occurs in April. This celebration is in accordance to their Christian tradition wherein the Maltese also commemorates the passion, death, and resurrection of Jesus Christ. This is a week-long religious event that precedes Good Friday. Masses are done every day. After the mass, the locals will carry life-size statues of Our Lady of Sorrows and the Crucified Christ in a procession through village streets and towns. During this week, the locals also go on fasting and avoid eating meat and sweets. Joining this event is a great opportunity for you to understand the Christian traditions of Malta. 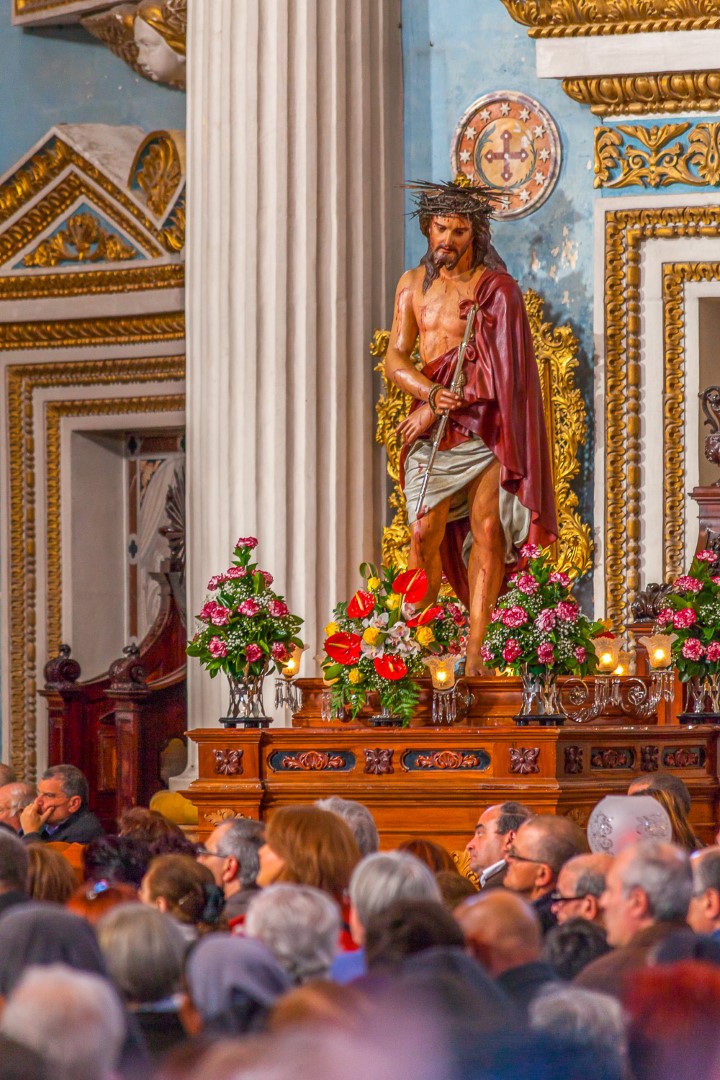 Usually held late in September, Malta International Airshow showcases Malta’s military and civil aircraft, new and old alike. Malta played a vital role during the WWII, and the country still has war planes that were used during that time. There are also aircraft from different eras, including RAF planes like Jaguar, Harrier, and Hawk. Up in the air, pilots display their prowess by doing stunts. Be sure to bring a good action camera to capture the stunts effectively. 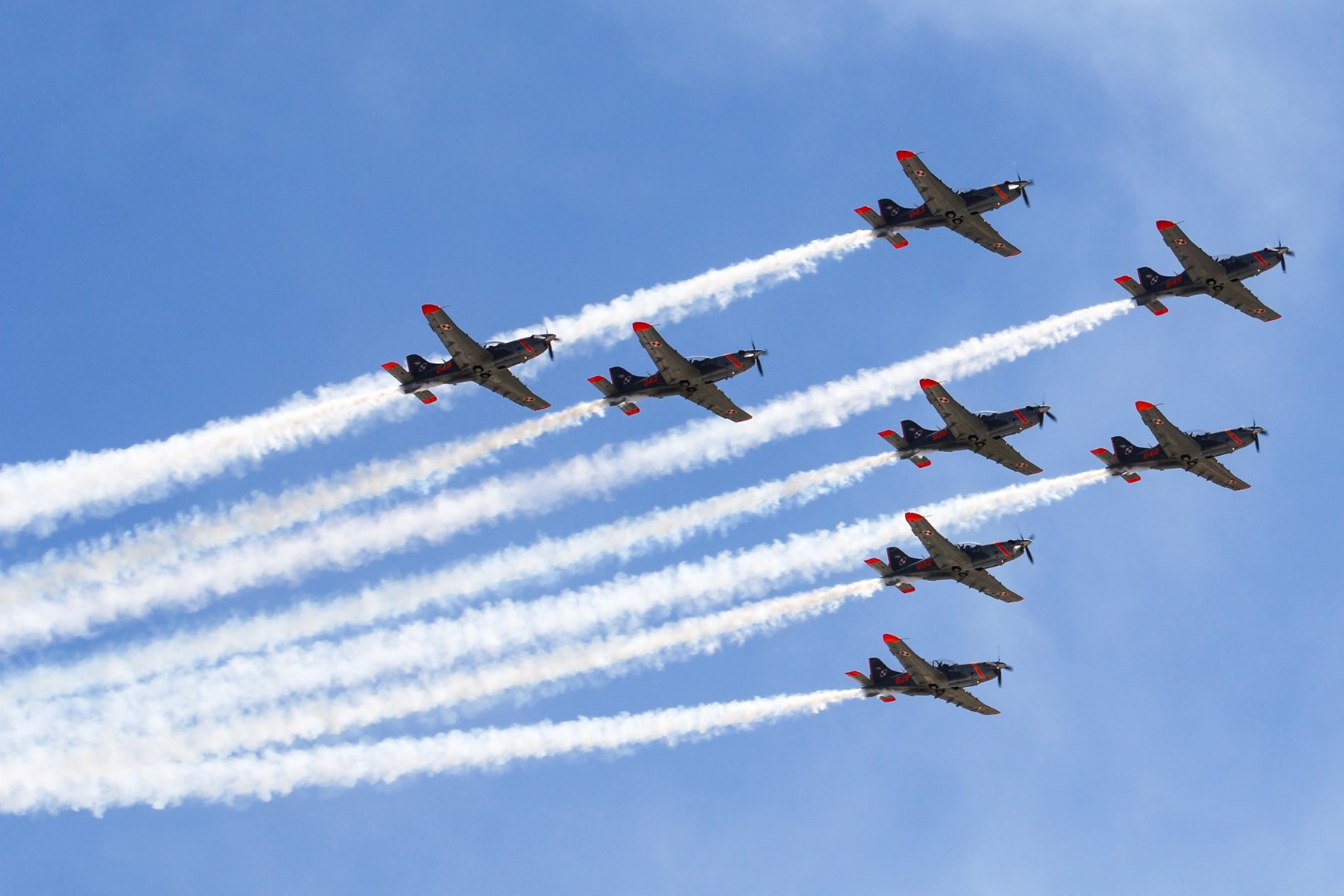 Malta played a vital role in WWII and you’ll have a chance to see planes from this era at the Malta International Airshow (Photo courtesy Ed Lansink, MaltaUncovered.com)

During the summer, especially May to September, Malta celebrates over 75 local feasts. Also called festas, village festivals are celebrated in honor of a patron saint. The main event of festas usually falls on a Saturday or Sunday, and is usually celebrated with fireworks, marching band, and a lot of food. Malta’s biggest and grandest festa, which falls on the 15th of August, is held in honour of Santa Marija or Our Lady of the Assumption. On this day, the streets are lively with bright decors, live band, street parties, and processions. The feast of Santa Marija is celebrated in seven villages; namely, Victoria, Qrendi, Mqabba, Ħ’Attard, Għaxaq, Mosta, and Gudja. The grandest festa of Our Lady of the Assumption happens in Victoria and Mosta. So be sure to schedule your vacation in time to join the festivities. 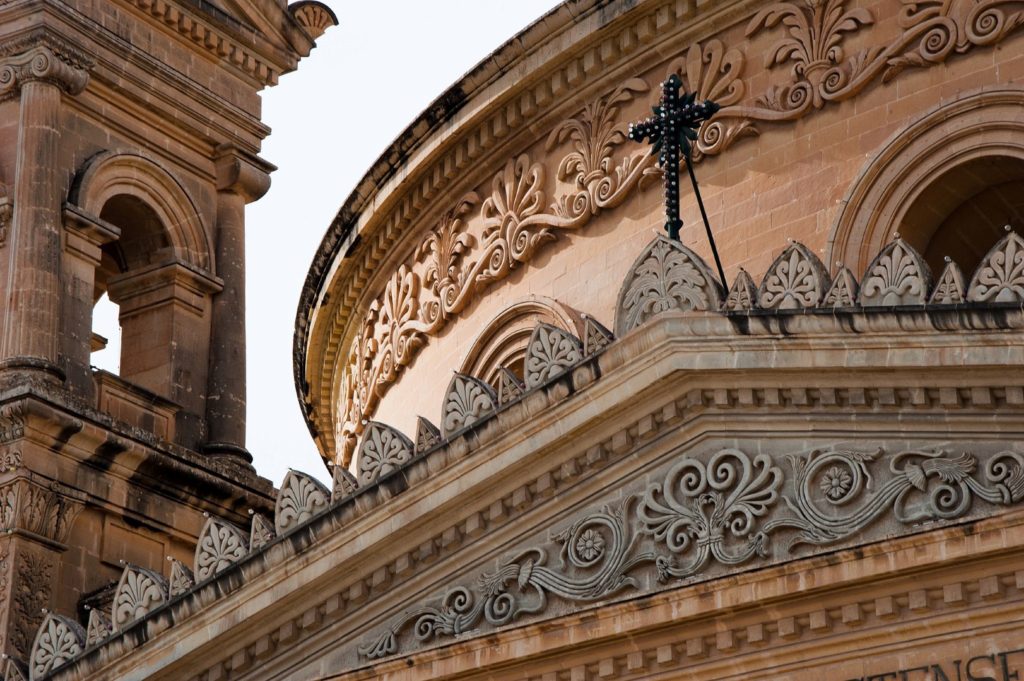 Exterior of the Rotunda of Mosta, Church of the Assumption of Our Lady in Valletta (Photo courtesy Ed Lansink, MaltaUncovered.com) 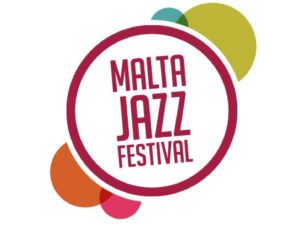 Celebrated every July since 1990, the Malta International Jazz Festival is a feast of lively music and good food under the stunning Maltese night sky in the Grand Harbour in Valletta, specifically in Ta’Liesse. Even if you’re not fond of Jazz, it’s still worth it to join this festival just for the stunning location and Maltese food.

Commemorated every 13th day of December, this holiday celebrates the day Malta was declared an independent country. On the 13th day of December 1974, Malta’s Constitution was significantly revised to change its status from Commonwealth Realm to Republic. The Queen of England ceased to be the Head of State and gives the governance of the country to the President of Malta.

Ghanafest is a three-day festival that happens around mid-June in Buskett Gardens. This festival immerses you to contemporary and traditional Maltese songs. Stay in Rabat for a couple of days more until the last week of June to join the L-Imnarja Harvest Festival. Also held in also held in Buskett Gardens, this festival presents you an abundance of local traditional food, as well as singing and dancing. This is your opportunity to binge on traditionally cooked Maltese foods such as fried or stewed rabbit, salads, and local wine. 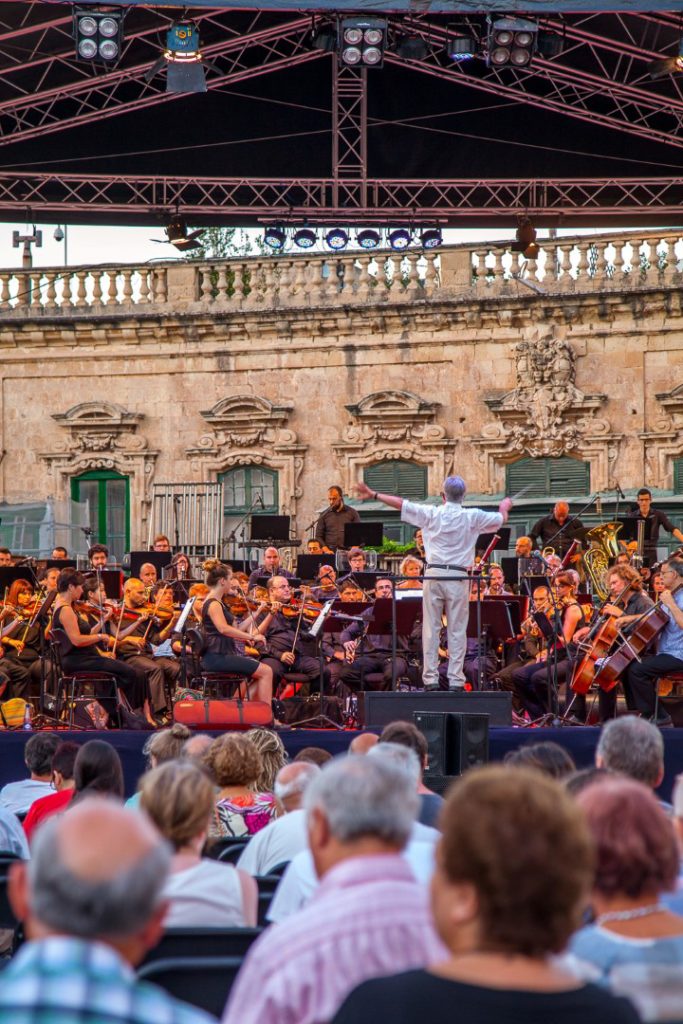 Time Your Visit to These Events and Festivals in Malta

Yes, Malta’s stunning landscape and historical sites attract tourists’ attention. But it’s really the vibrant and positive vibe of the Maltese that captures the travelers’ heart. Visit Malta in time for the festivals and rest assured that you’ll fall in love with the place and its people. 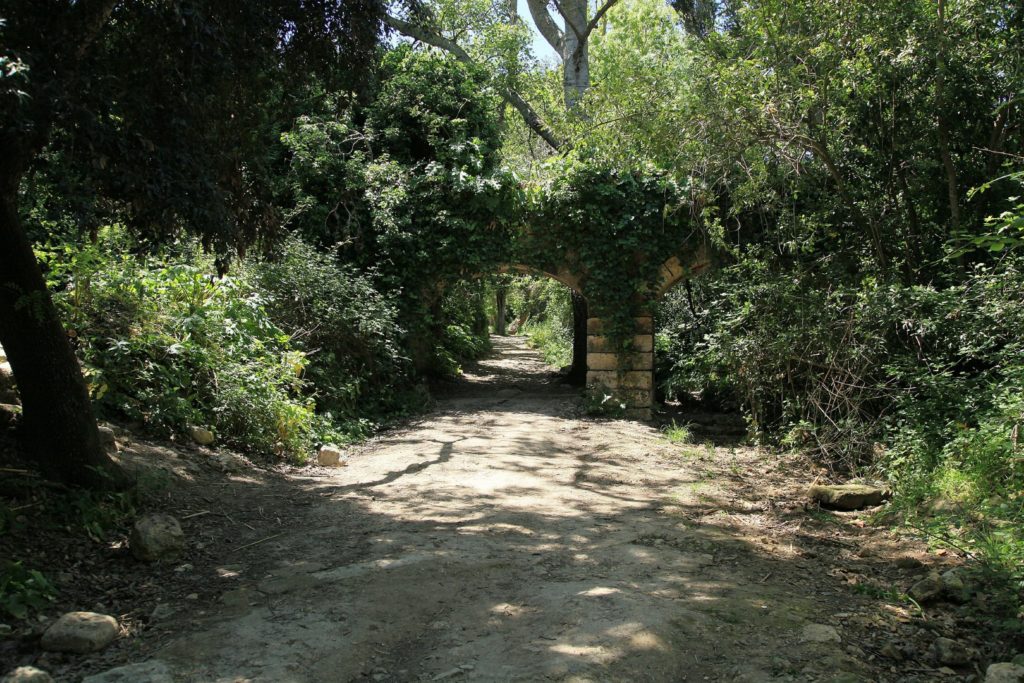 Ed Lansink is the creator of the Malta travel guide Maltauncovered.com, full of local knowledge and advice to get the most out of your holiday. A tourist-turned-expat, he knows Malta inside out and shares his insights and photography with curious travelers worldwide.

When Cookery Meets Crockery: A Chef and Potter Collaborate