A Contemplative Trip to Krakow, Poland 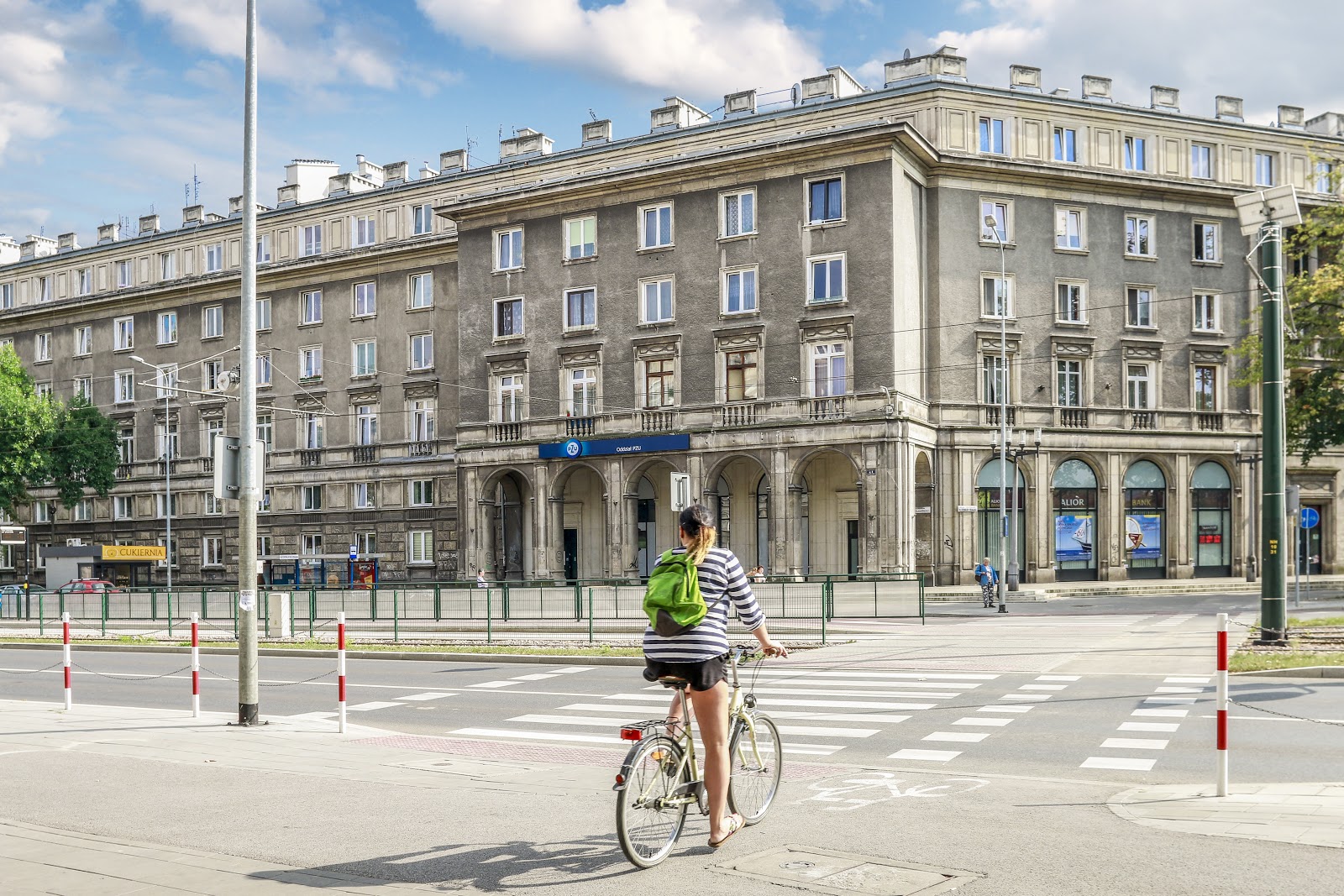 When I moved to Krakow, Poland, I never expected to learn such a powerful lesson in European history.

My wanderlust took me to many different places all over the continent, but it was in Krakow that I found traces of past worlds that had witnessed the fundamental changes in twentieth-century history of Europe.

From the prewar district of Kazimierz that used to be the center of Jewish life, to the peculiar socialist architecture of Nowa Huta, Krakow–a historical jewel located right in the center of Europe – offers plenty of occasions for reflection.

Let’s take a closer look at three locations that provide a perfect backdrop to quiet contemplation about human history and future in Krakow.

Exploring the Forgotten Culture in Kazimierz

Kazimierz is a district wedged between the Wisła River and Dietla Street, located south of the Old Town. For over 500 years, Kazimierz served as the busy center of life for the local Jewish community. That is, until it began to be systematically destroyed during the Second World War. 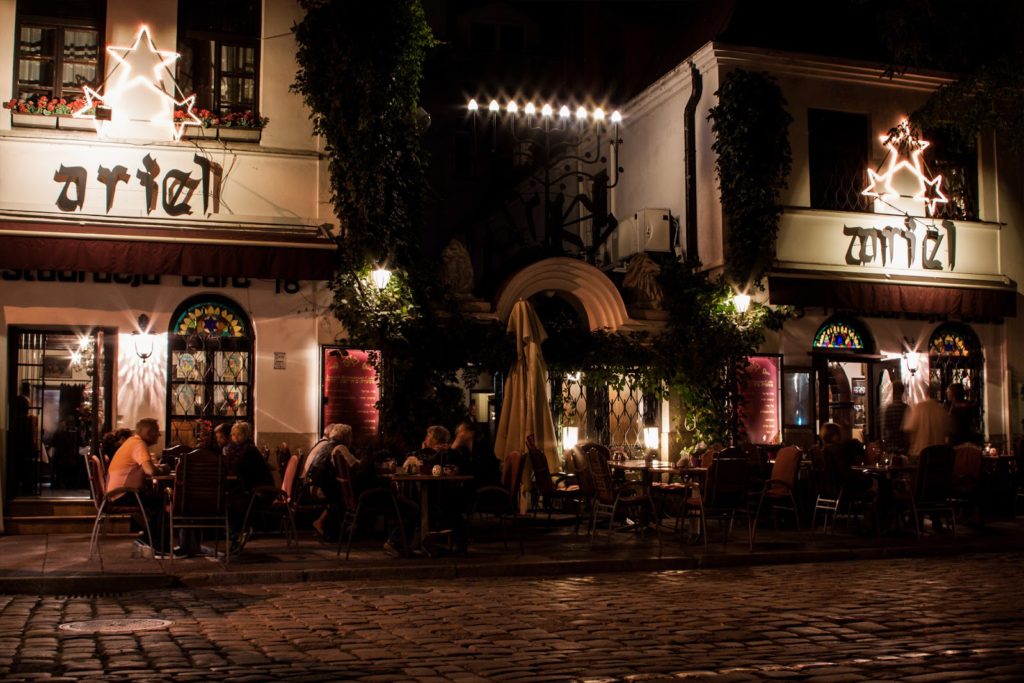 Outdoor cafes in Kazimierz, the former Jewish quarter of Krakow.

Kazimierz was beautifully portrayed in the film Schindler’s List by Steven Spielberg, and that’s also one of the factors contributing to the district’s rebirth. It’s hard to believe that such tragic events happened in the midst of streets that are today bustling with bohemian cafes, art galleries, and historical sites.

Visiting the district at night, travelers are bound to witness a lively nightlife scene at the many cafes, clubs, and bars centered around the former Jewish square Plac Nowy. Observing the local nightlife, visitors should remember that the district once witnessed the beginning of Nazi mass extermination of Jews who were first herded across the river to a ghetto located in Podgórze, and then relocated to camps such as Płaszów, or Auschwitz.

What I found especially interesting about Kazimierz is the fact that the district marked by such tragic history was able to rise from the ashes and transform into an inspiring cultural hub that is so full of life and joy. Artists and hipsters love spending time in the area – and that’s because Kazimierz has so much to offer today.

And the signs of the district’s past are still visible. An observant traveler won’t miss out on the numerous synagogues and Jewish cemeteries that make up for the characteristic atmosphere of this place and its value in conveying a sense of prewar Jewish culture in Europe. 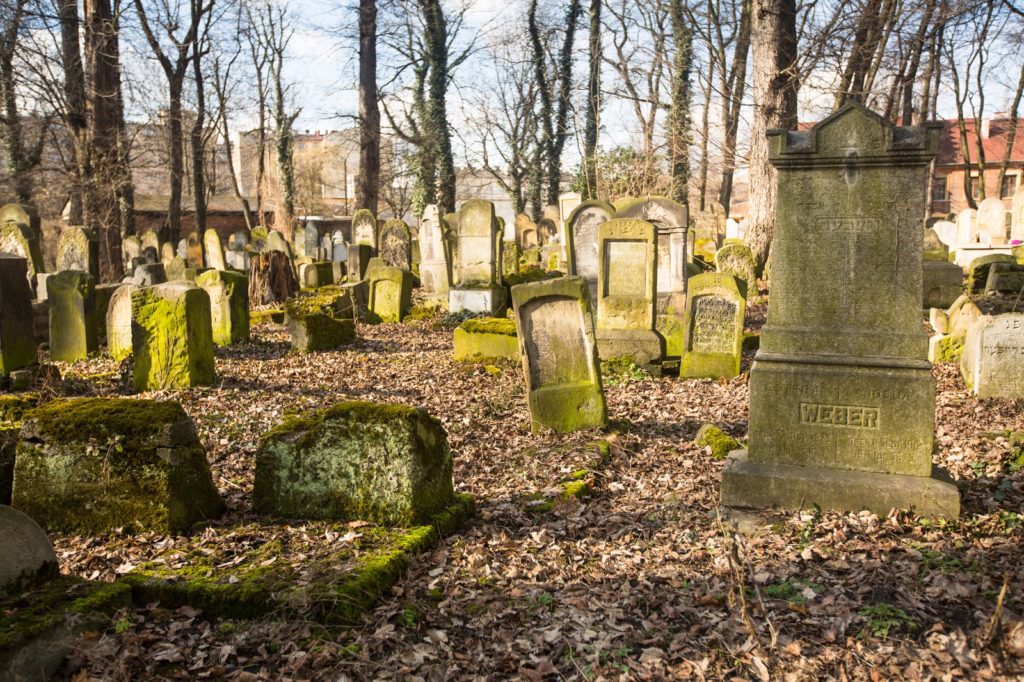 New Jewish Cemetery in the historic Jewish neighborhood of Kazimierz.

Nowa Huta is a large Socialist Realist suburb that stands in stark contrast with everything people usually associate with Krakow. Don’t expect to see any charming examples of Gothic architecture or swarms of tourists occupying local cafes and restaurants.

Nowa Huta is a different kind of spot. The Orwellian atmosphere is founded on the district’s peculiar, one of a kind architecture. Next to Magnitogorsk in Russia’s Ural Mountains, Nowa Huta is an example of an entirely pre-planned Socialist Realist city. 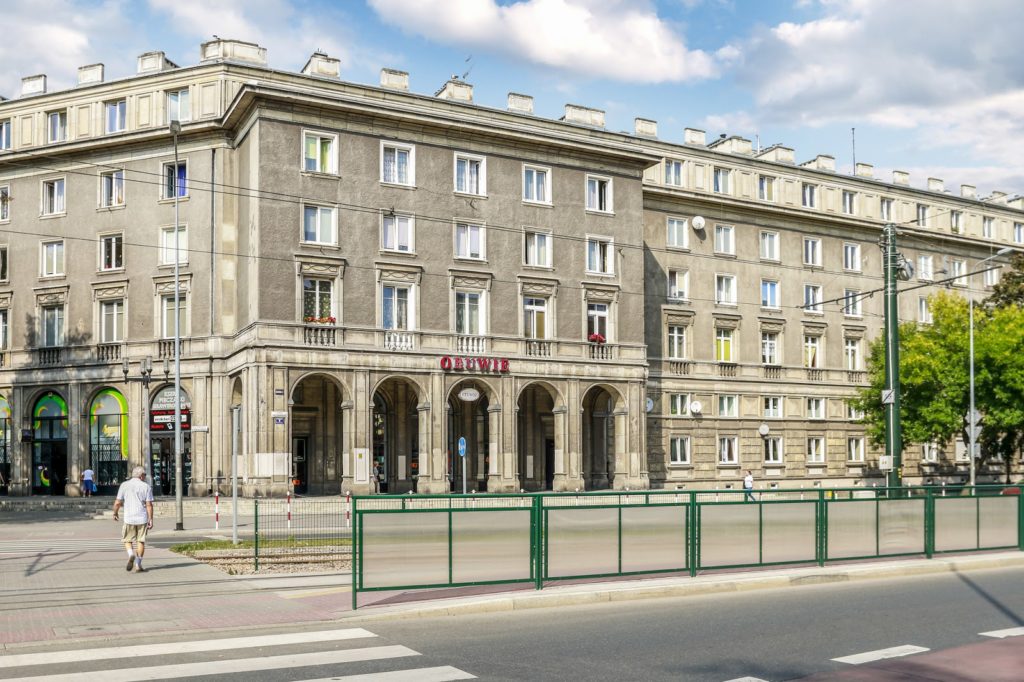 An excellent example of social engineering, Nowa Huta was founded by the Soviet Union on the ancient village of Kościelniki and the surrounding agricultural lands. The idea was to create a proletarian alternative to the traditionally intellectual and bohemian Krakow.

Nowa Huta was designed as an ideal city that cultivated the concept of “efficient mutual control”. The wide streets were created to prevent the potential spread of fire and the layout of the city would allow its inhabitants to easily transform it into a fortress in case of an attack.

Walking along the streets of Nowa Huta, I was once again surprised at the extent to which the governments of the past aimed to regulate social life by means of urban design.

Nowa Huta is a testament to the postwar political and social atmosphere of Central Europe, today serving as a powerful reminder of the utterly unsuccessful social engineering that was carried out by the Soviet Union in many European countries.

But that’s not everything. Every year, Nowa Huta attracts flocks of tourists interested in its unique architecture and design. And no wonder – Nowa Huta’s lively cultural life makes the district a very special place on every traveler’s map. 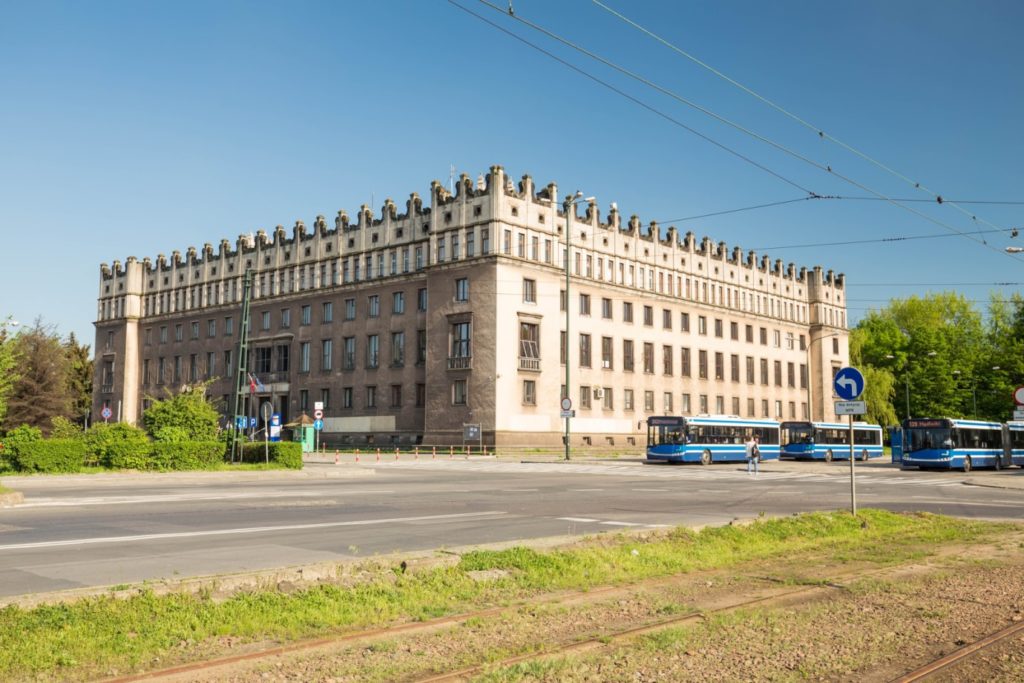 If there’s one place that encapsulates the terror of the Second World War, it’s Auschwitz-Birkenau. The name stands for the cluster of concentration and extermination camps created by the Nazis near the towns of Oświęcim and Brzezinka.

Located a mere 60 km from Krakow, the camps are today a place of pilgrimage for survivors, their families and everyone who wants to learn more and remember the tragedy. Even if Auschwitz-Birkenau complex was one of the many German concentration camps, in the global consciousness it stands as a symbol for the Holocaust.

The mere scale of the undertaking is enough to generate profound emotions in visitors who only then can realize how many people lost their lives in these camps. Initially, the Nazis imprisoned members of Polish and Jewish communities, but soon included Soviet prisoners of war, as well as prisoners of other nationalities and minorities who were all enslaved and murdered on site. 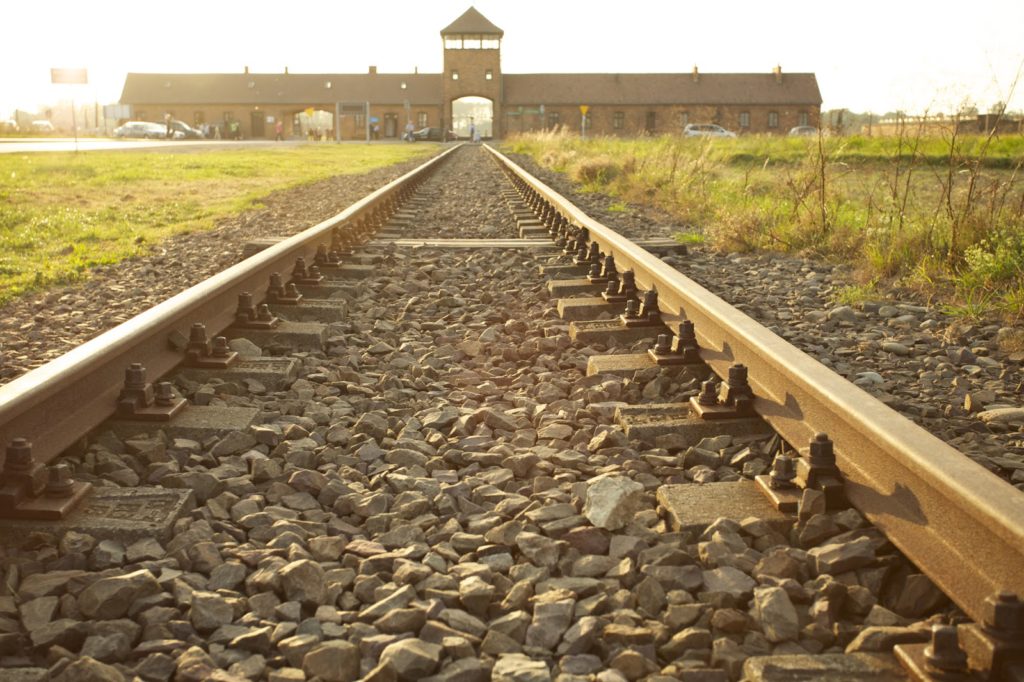 Auschwitz-Birkenau is especially important in the history of the Holocaust. Jewish men, women and children were being deported from their homes all over occupied territories of Europe and brought to Auschwitz-Birkenau in overcrowded cattle wagons displayed at the site.

Auschwitz-Birkenau State was added to the UNESCO World Heritage List in 1979. I’ve been to numerous historical museums that traced the horror of the Second World War, but none of them made me speechless with grief. 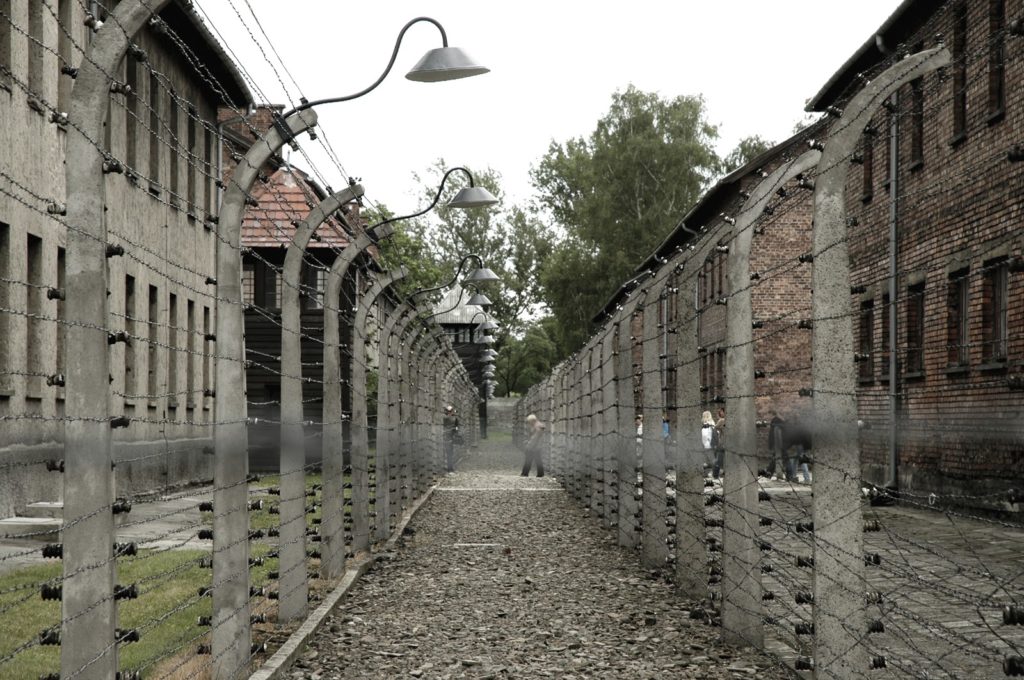 The visit to Auschwitz is carved into my memory as one of the most meaningful experiences I’ve had when exploring the historical sites in various European countries.

However, I didn’t exit its doors in a state of depression. On the contrary. The kind of commemoration offered to the victims of the Second World War helped me to understand the incredible unity and peace that overcame European countries afterwards and contributed to the creation of the European Union. That’s why I think everyone should visit a site like that – not only to remind ourselves what human beings are capable of when led astray by powerful ideologies, but also to remember how people can come together in times of need. 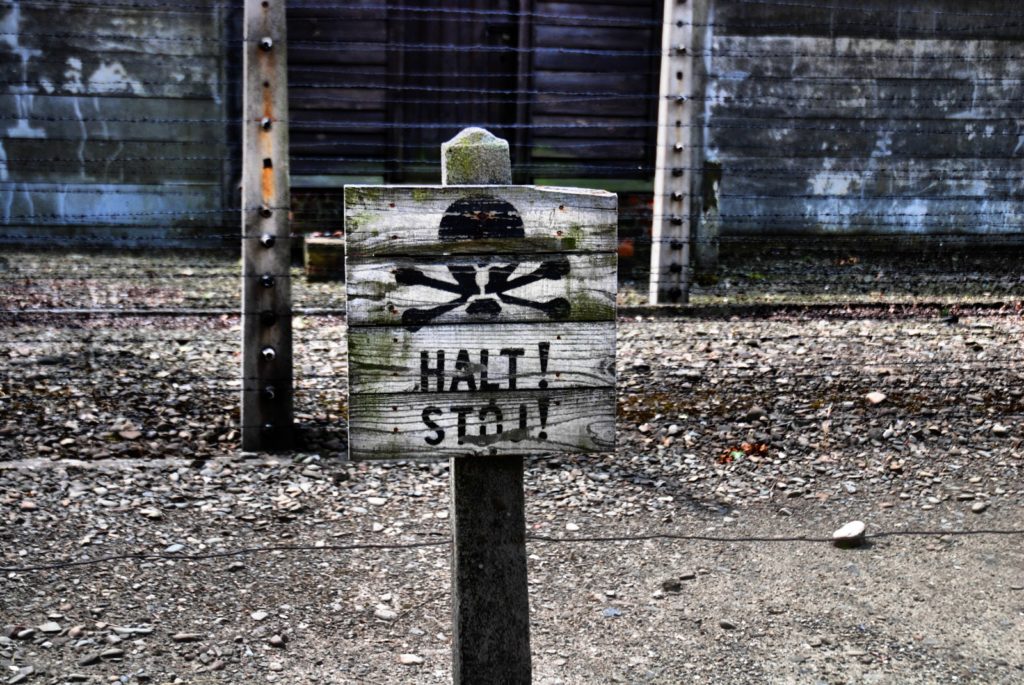 These three spots by no means exhaust the contemplative side of Krakow.

Located in the heart of Europe, Krakow offers a glimpse into the Polish and European history like no other metropolis. Uniquely diverse and bustling with life, the city brings together the history of various European communities, offering a perfect backdrop to contemplating humanity’s past and future.

My trip to Krakow taught me to look more deeply into the places I visit. That’s why I decided to continue my European voyage with one conviction in mind: to see beyond the visible, take a closer look into their history, and have an open mind.

Needless to say, my visit to Krakow made me into a real traveler.

Jules Bukovsky is an independent traveler who is passionate about anthropology, modern history and foreign cuisines. Born in Illinois, USA, she has been traveling extensively in the Americas and Europe. She has recently moved to Poland, where she works as an English teacher and a free walking tours guide.