Visiting Ecuador: Amazing Things to Do and Places to See 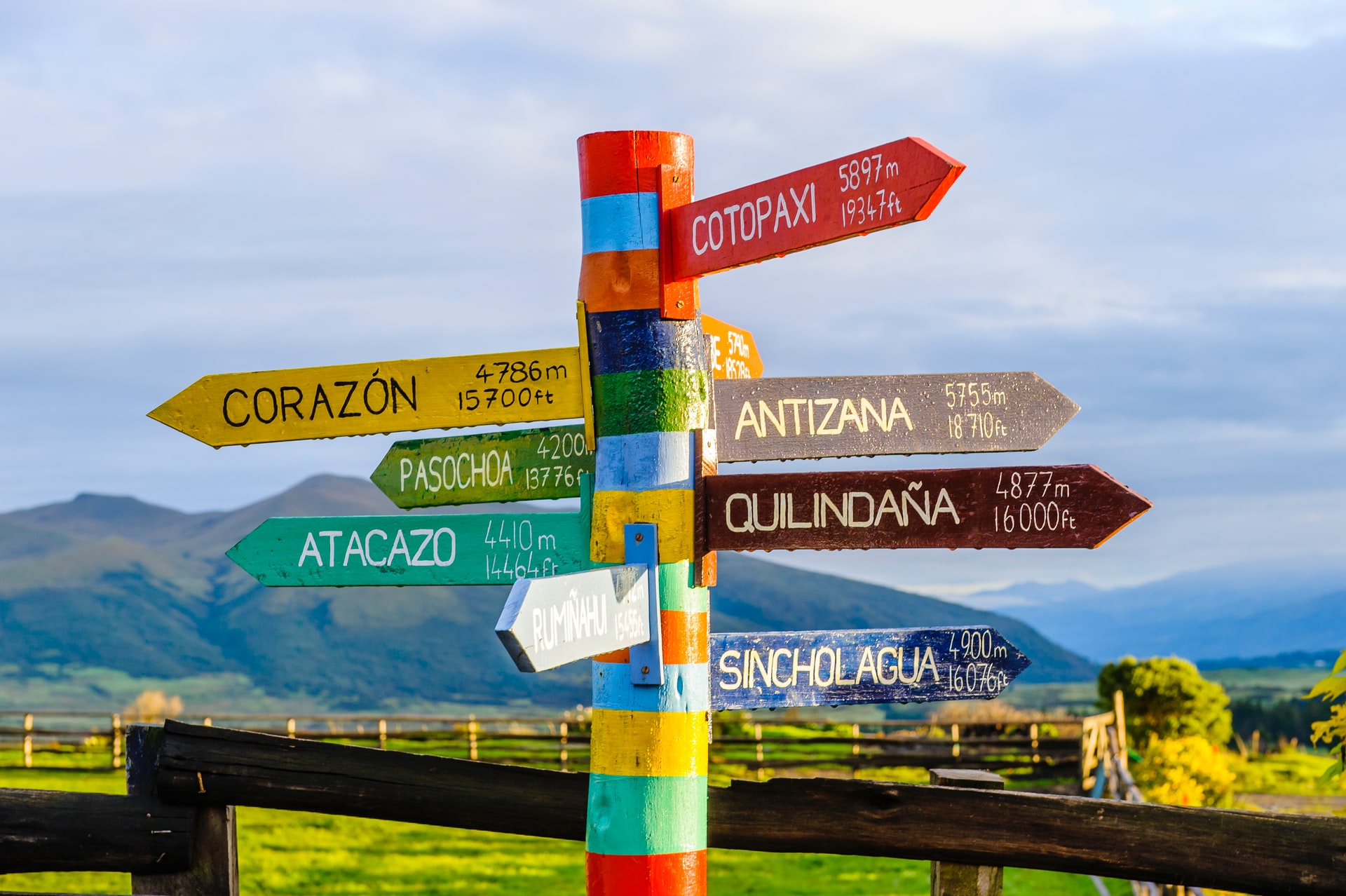 If you’re one of the lucky people getting to visit South America’s west coast, then you should, without a doubt, put Ecuador on your list of must-see places. The country isn’t just an explorer’s paradise, but it packs a lot into a relatively small package. With a diverse offer for tourists, Ecuador is the perfect destination regardless of the time you have on hand. We know we’ll have you convinced after reading about these top things to do and places to see when visiting Ecuador.

Only have a couple of days to spend here? That’s perfect for exploring the historic capital. Have a week and want some mellow adventure? That’s the perfect amount of time to spend in the Galapagos Islands or the Amazon jungle. Got more time on your hands and want to get real close to nature? Add time in the highlands and enjoy their exciting hiking trails and stunning views. 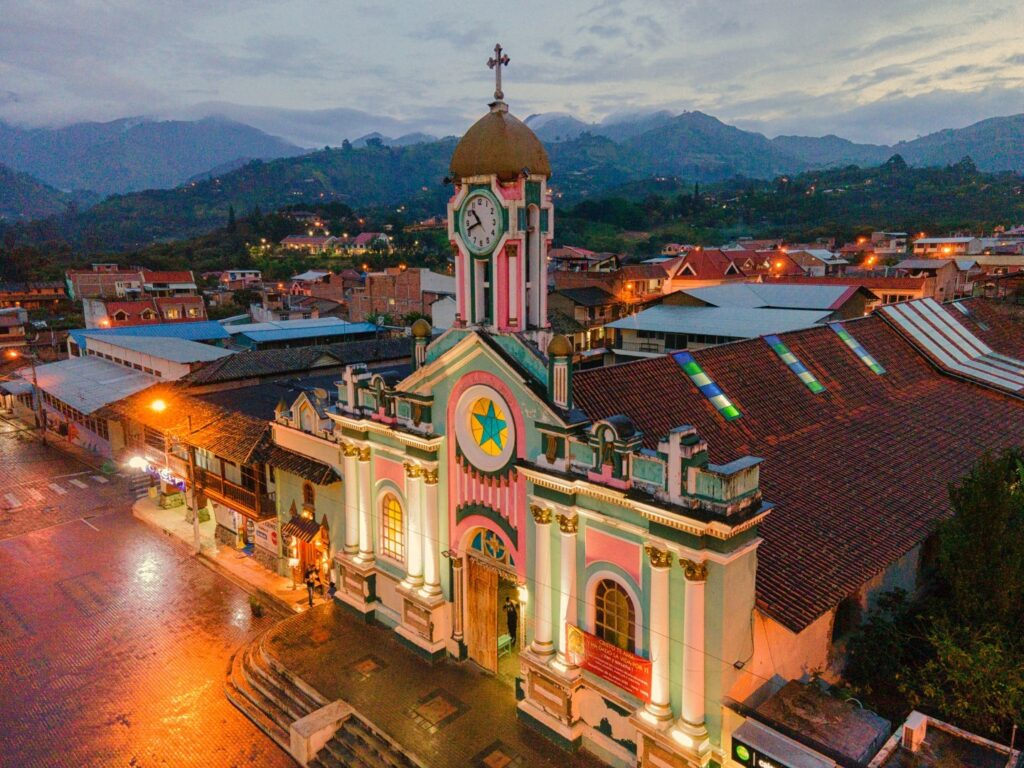 (Photo by Andrés Medina</a/ on Unsplash.com)

Spend a Few Days in Quito

The oldest capital in all of South America, Quito (or Villa de San Francisco de Quito,) is located at an elevation of 9,350 feet. With an old town dating back to the 16th and 17th centuries, this colonial town (constructed on the ruins of an ancient Incan city) was one of the first places to be added to UNESCO’s World Heritage Site list in 1978.

It’s also not a bad idea to do a bit of shopping while you’re there, have some street food (the empanadas are a must-try), and get friendly with the locals. To make the latter possible, brush up on your Spanish and learn a bit of local slang before visiting.

Whether you’re a nature enthusiast or just curious to see something you won’t encounter anywhere else, a visit to the Galapagos Islands is a great idea while visiting Ecuador.

Being the place that inspired Charles Darwin’s theory of evolution, the Galapagos is home to several endemic species, the most famous of which is definitely the Galapagos Giant Tortoise.

With 97,5% of the Galapagos archipelago being a national park and under the protection of the Ecuadorian government, visiting isn’t as easy as getting on a commercial plane. In fact, the best option for most people will be to book a cruise on a small live-aboard ship.

Another great thing about the Galapagos  is that it offers opportunities for divers throughout all seasons. The ones getting the most out of their trip will be advanced divers who might even get to encounter manta rays, hammerhead sharks, and even a whale shark. 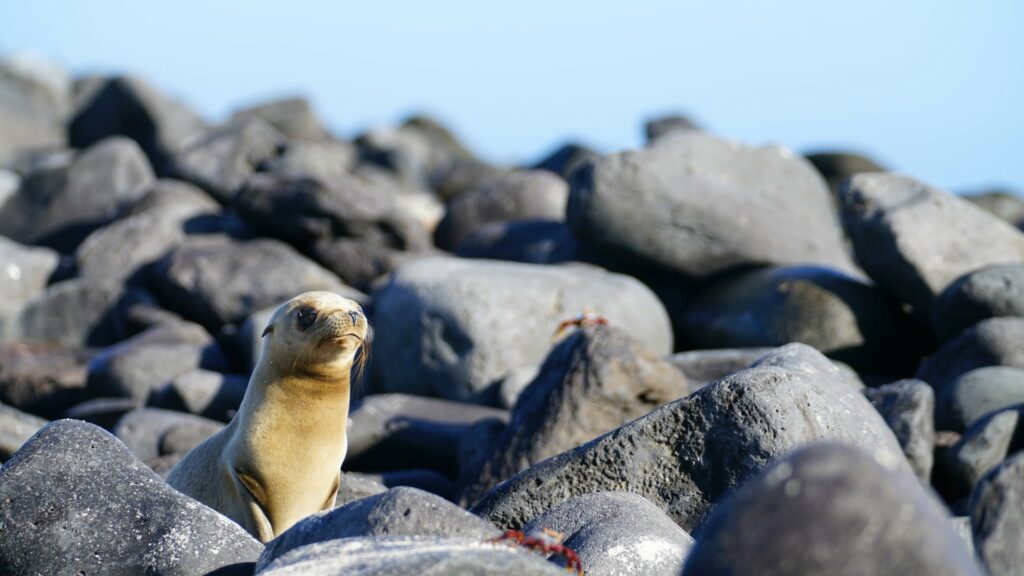 (Photo by Max Gaither on Unsplash.com)

About 40% of the country of Ecuador is covered in rainforest. So how could you pass up the chance to check it out for yourself? The region, particularly Yasuni National Park, is a superb destination for those who want to do some on-foot exploration and aren’t afraid of up-close wildlife encounters.

Your best option will be to travel to the Amazon by bus, departing from Quito. Before you head out, however, make sure that you’re fully prepared, not just in terms of equipment but health-wise as well.

Once you’re there, you can expect to encounter several species of monkeys, birds (including toucans and macaws), as well as giant river otters. 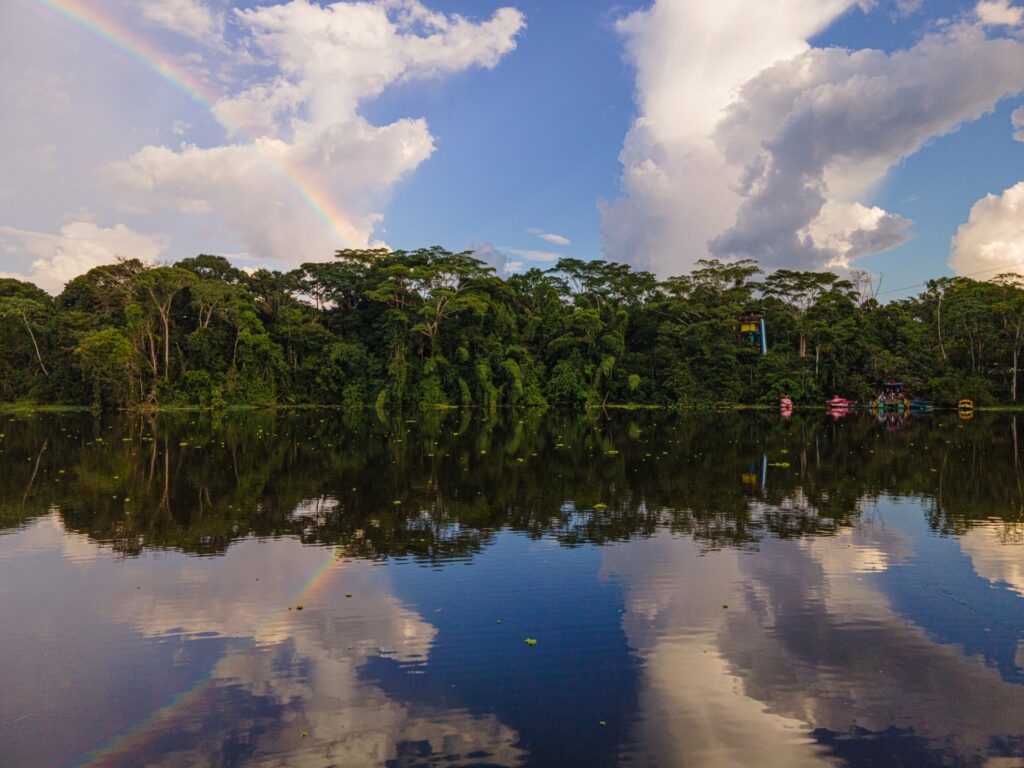 (Photo by Andrés Medina on Unsplash.com)

If you’re an experienced climber in excellent physical condition, you will love hiking to the summit of the Cotopaxi Volcano. Being one of the world’s highest active volcanoes at 19,347 feet, it offers stunning views of the region and a true challenge to get to it.

Before you head out, you’ll definitely want to check the current conditions (the volcano being active). Plus, it’s not a bad idea to remind yourself that more than half of the people who try to summit the peak have to give up before reaching the top. 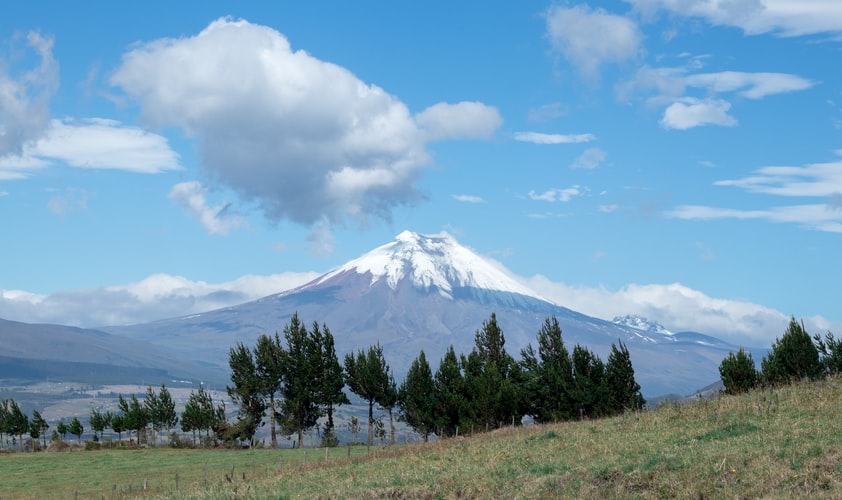 (Photo by Alejandro Vasquez on Unsplash.com)

For an adventure just as thrilling but less exhausting, you can buy a ticket to ride the famous La Nariz del Diablo train.

Offering breathtaking views and taking approximately 2.5 hours, it’s a great way to explore Ecuador at the price of approximately $20 per person.

The train departs from Alausi three times per day and stops at Sibambe, where you’ll get to see a traditional dance performance included in the price of your ticket. The final destination is Baños, where you can choose to stay and explore the famous Ruta de las Cascadas with its waterfalls and breathtaking views. 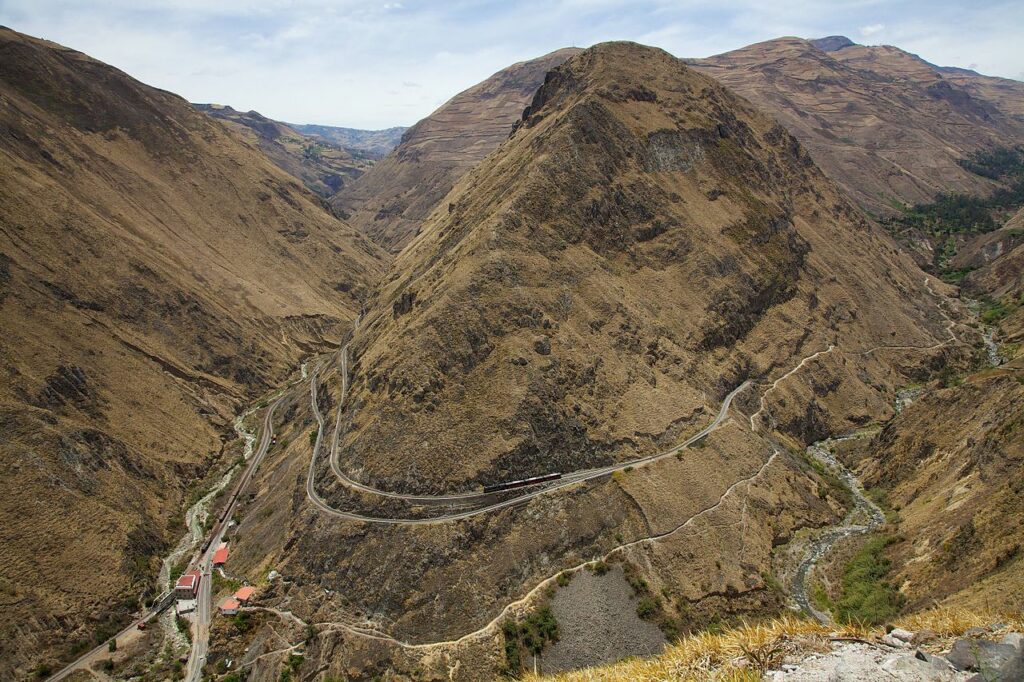 (Photo by David Brossard on Flickr.com)

Enjoy the Architecture in Cuenca & the Nature in Cajas National Park

Last but not least, if your road takes you to Ecuador you’ll want to make a stop in Cuenca, a city with a splendid historic area.

While you’re there, check out the 16th century Iglesia de El Sagrario, the New Cathedral built in the late 19th century, and the Monastery of El Carmen de Asuncion (along with the charming flower market on the square in front of it).

If you’re itching for some exploration, you can also visit the Cajas national park from Cuenca, an excellent destination for fishing, hiking, and camping. 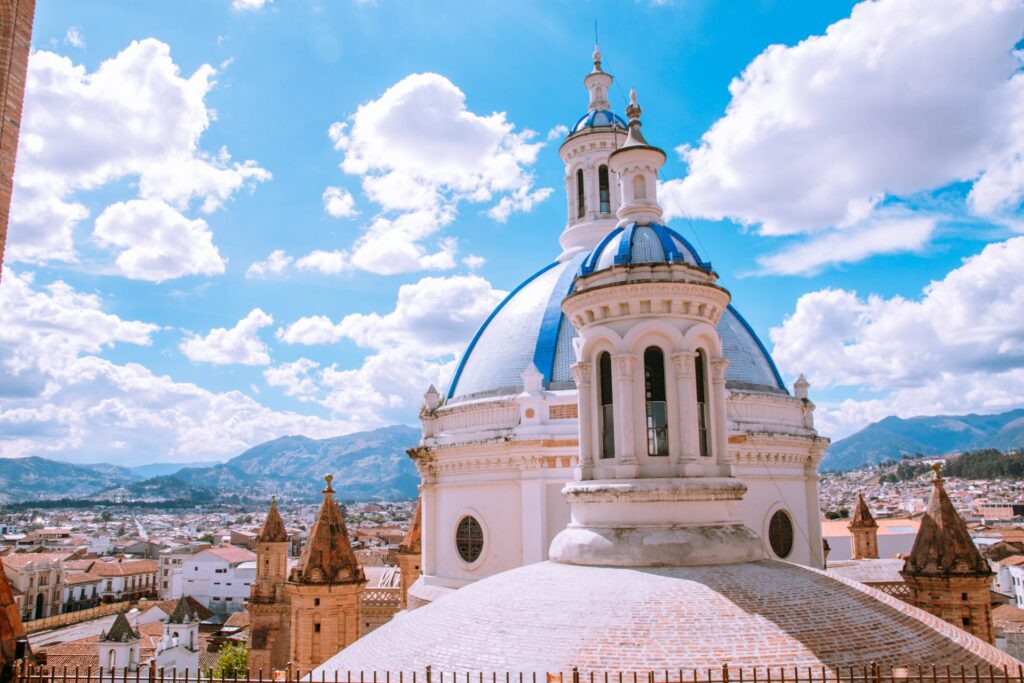 (Photo by Juan Ordonez on Unsplash.com)

Visiting Ecuador: Let’s Sum this Up

There you have it, the top six things you should check out when visiting Ecuador. Of course, this is not the complete list of all the sights in the country, but it’s a good start – especially if you’re staying for no longer than a couple of weeks.

-All photos as credited. Cover photo by Alexander Schimmeck on Unsplash.com.

Sarah Kaminski is a life enjoyer, positivity seeker, and a curiosity enthusiast. She is passionate about an eco-friendly lifestyle and adores her cats. She is an avid reader who loves to travel when time allows.

Guide to A Romantic Honeymoon in Italy