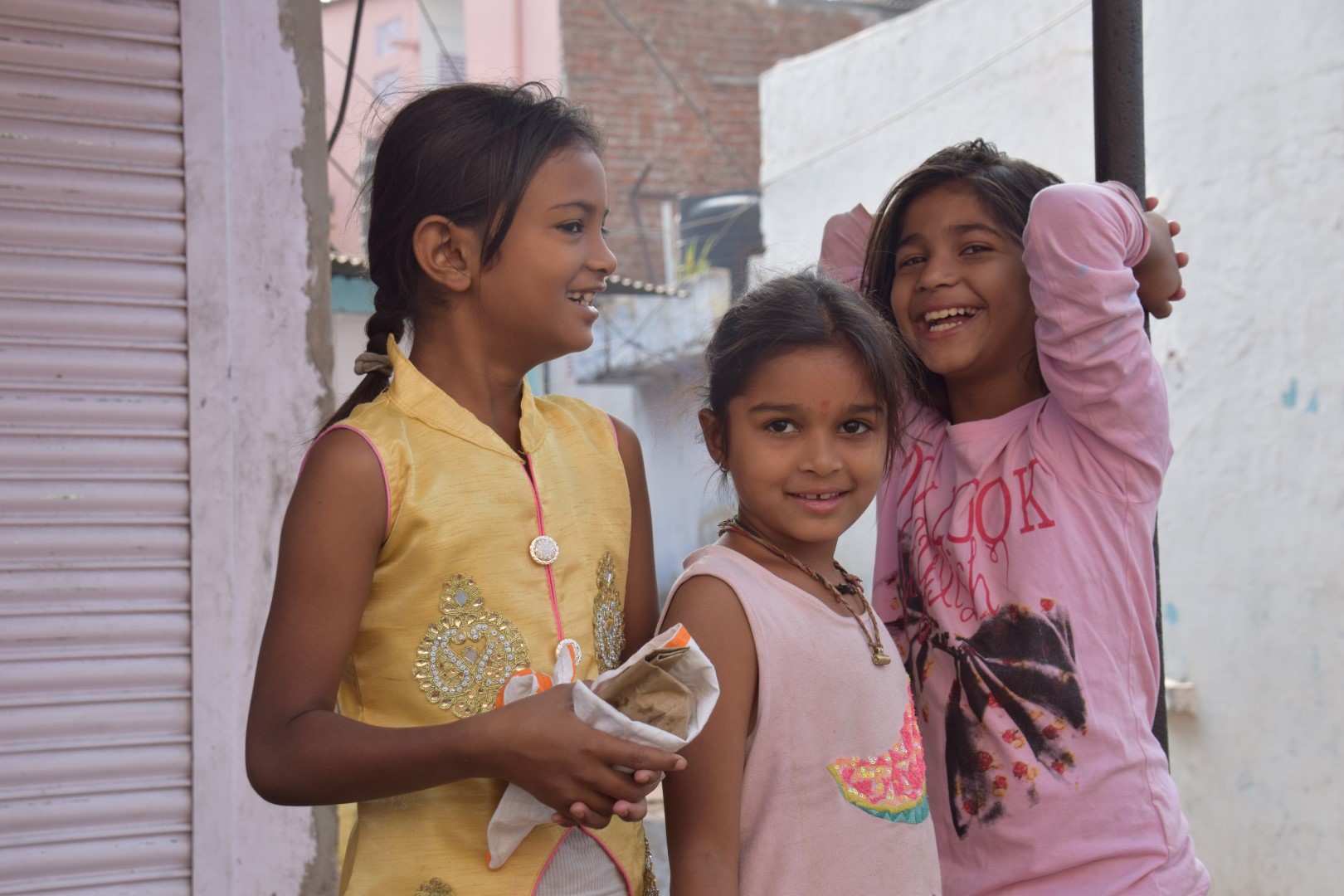 Festivals are a great part of Indian culture, as well as an important part of tradition. There are numerous festivals celebrated all over India, some of them are celebrated commonly by people of all religious beliefs, while some are exclusively celebrated by people of a particular faith. Not only do these festivals spread a great deal of joy among people, but they also increase harmony and social integrity. Let’s look at some of the most celebrated festivals in India, all of which are celebrated on a large scale throughout the country.

The festivals of colors as many call it; Holi is generally celebrated in the months of February or March. According to Hindu mythology, it is on this day, that Prahlad, a saint, killed Holika and did also cause the demise of Hiranyakashyap, a devil.

People all over the country celebrate this festival with children playing and throwing colors through balloons and pichkaris, while older ones celebrate the same by applying gulaal on each other’s cheeks. Numerous types of delicious treats are made, with gujiya being the most popular ones. Although this festival is celebrated on an equal scale all over India, cities of Uttar Pradesh such as Banaras (Varanasi) and Mathura take it to another level with lath-maar Holi being celebrated there. 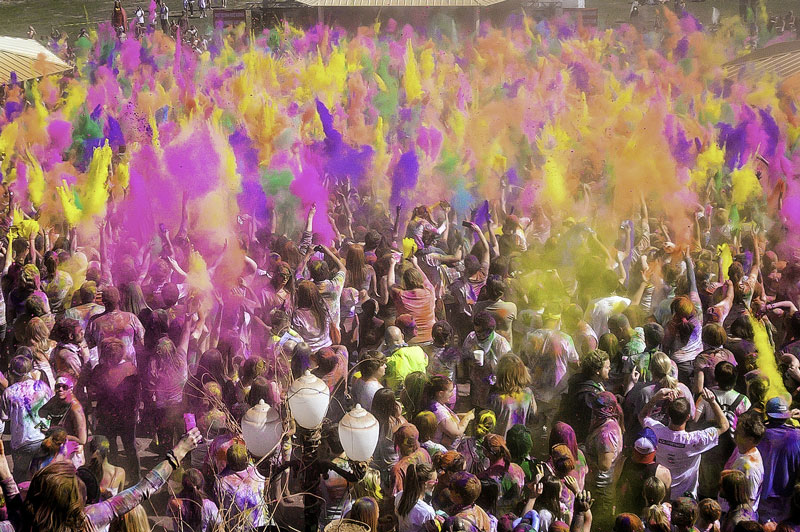 After the festival of color comes the festival of light. Most people in India know that Diwali is marked upon as a day on which Lord Ram returned to his kingdom after an exile of 14 long years. His subjects welcomed him to his kingdom by lighting up diyas as well as candles all over town. Generally celebrated in the month of October or November, Diwali in India does consist of firecrackers which are burnt in huge amounts across the nation. Typically, the day starts with people exchanging pleasantries with each other and is later followed by a Laxmi Pooja in the evening. Once done, children as well as parents start bursting and having fun with crackers such as the sky-shots and rockets. 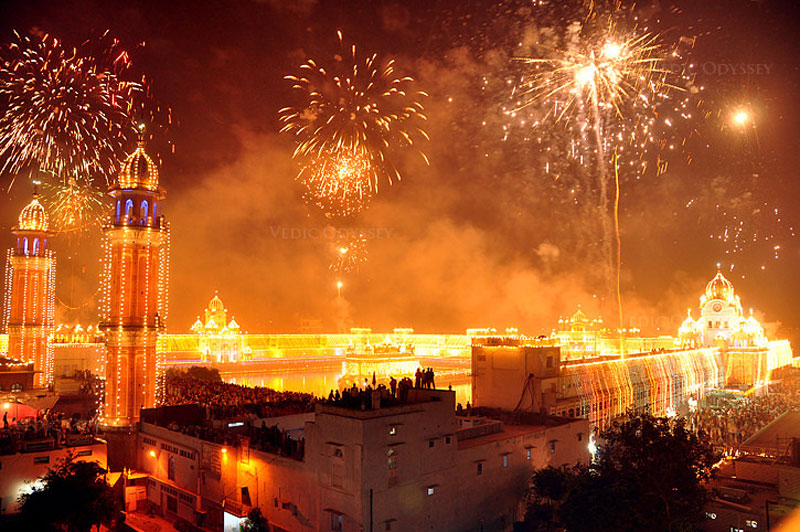 One of the most important festivals in the history of Hindu mythology is Navratri. Lasting nine days (s the name says it,) Navratri is only celebrated by the people following Hindu culture. Women are involved in celebrating this festival in which each day is dedicated to a particular goddess of Hindu mythology such as Durga, Kali, etc. Each of these goddesses are prayed over and offerings are made to their names. People fast for nine days and only eat and survive on natural products such as fruits. Those who cannot fast for complete nine days, do fast on the first and the last day of Navratri. The festival of the fast is ended after feeding any nine girls who on that day are considered as the nine goddesses to whom offerings have been made. 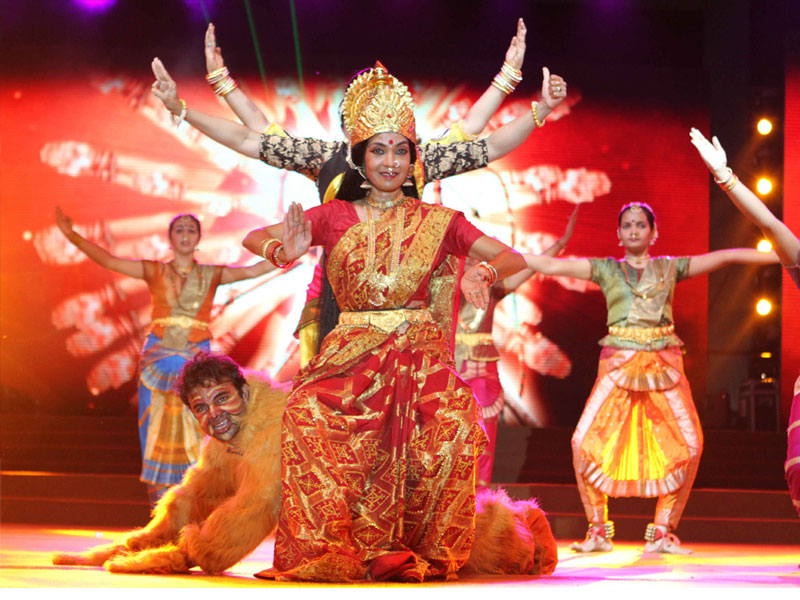 Immediately followed after Navratri, Dussehra is a festival which is celebrated to commemorate Lord Rama killing Rava’. Although there are no family rituals involved in this festival, during Dussehra fairs are organized which last for around a week or so. Ram Leela are organized across the country and so are various competitions. On the day of Dussehra or ‘Vijaydashmi’ as many call it, the effigies of Ravan along with his brother Kumbhkaran and Meghnath are burnt which is definitely a site to see. 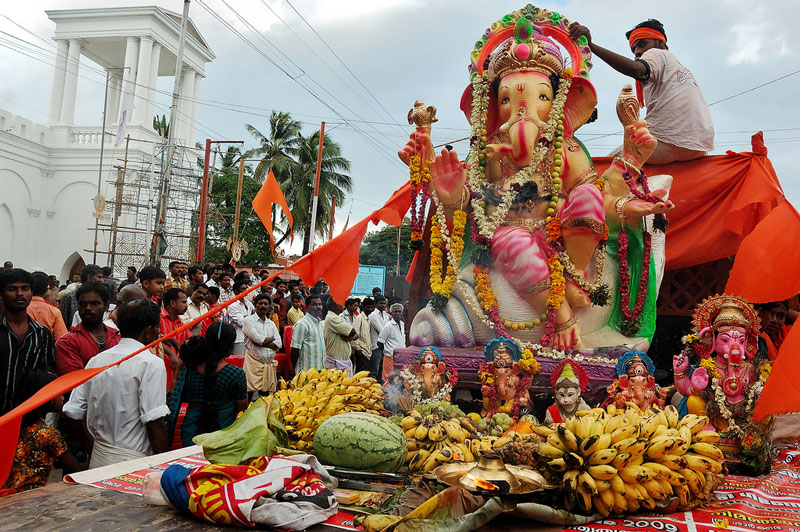 Photo by Thejas Panarkandy, CC BY 2.0 (See below)

A popular festival of North India, Krishna Janmashtami is celebrated as on this day it is believed that Lord Krishna was born. Lakhs of people visit the Mathura-the birth place of Lord to make offerings which are generally items made of milk as during his younger days Krishna loved eating curd and butter. His devotees observe a fast until the midnight of Janmashtmi and visit nearest temples or bring his statue home believing that Krishna will bring prosperity in their life. The fun part of this festival is the Handi-Tod competition in which a Handi (vessel) is hung high, and a human pyramid is formed to climb up to the Handi and break the same. 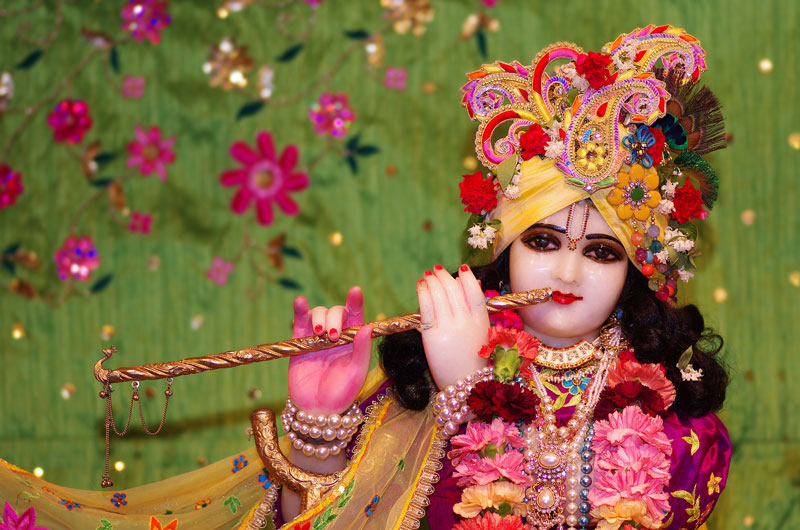 One of the most popular festivals of Kerala is Onam. People of Kerala celebrate this festival with great enthusiasm. They believe on this day their King Mahabali will come home. Also called the ‘harvesting festival,’ Onam is a ten-day long festival during which people decorate their homes, lay out flowers and make a design, all to welcome their great king. 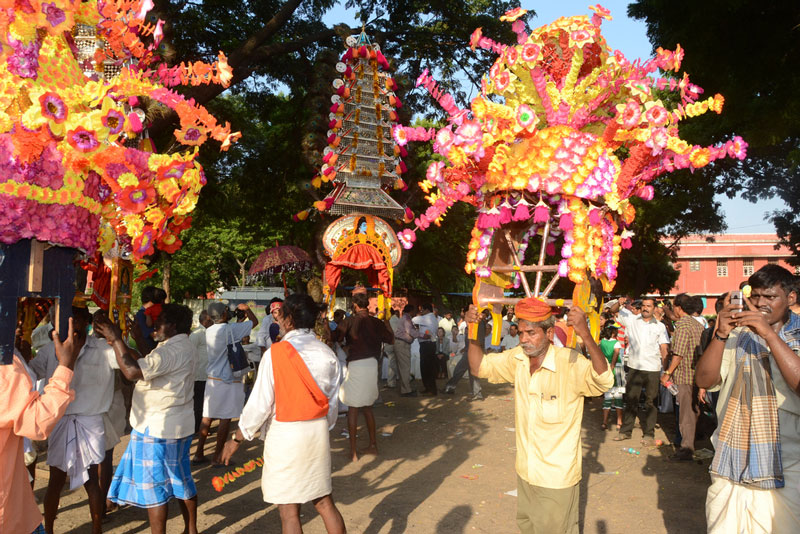 Photo by US Consulate Chennai, CC BY-ND 2.0 (See below)

India is a country of diversity, and hence there are many more festivals celebrated across the country. However, these seven are festivals that are celebrated and followed by masses. Planning your trip around one of these festivals will enrich your trip.

Rohit is an engineer who has a zeal for traveling and exploring. Moving through towns in his quest to cover entire India, Rohit makes sure that he gets to learn about the local culture and traditions as much as he can. He shares his diverse stories and experience of traveling on TransIndiaTravels.com and elsewhere.

The Ten Best Places to Visit in Nepal