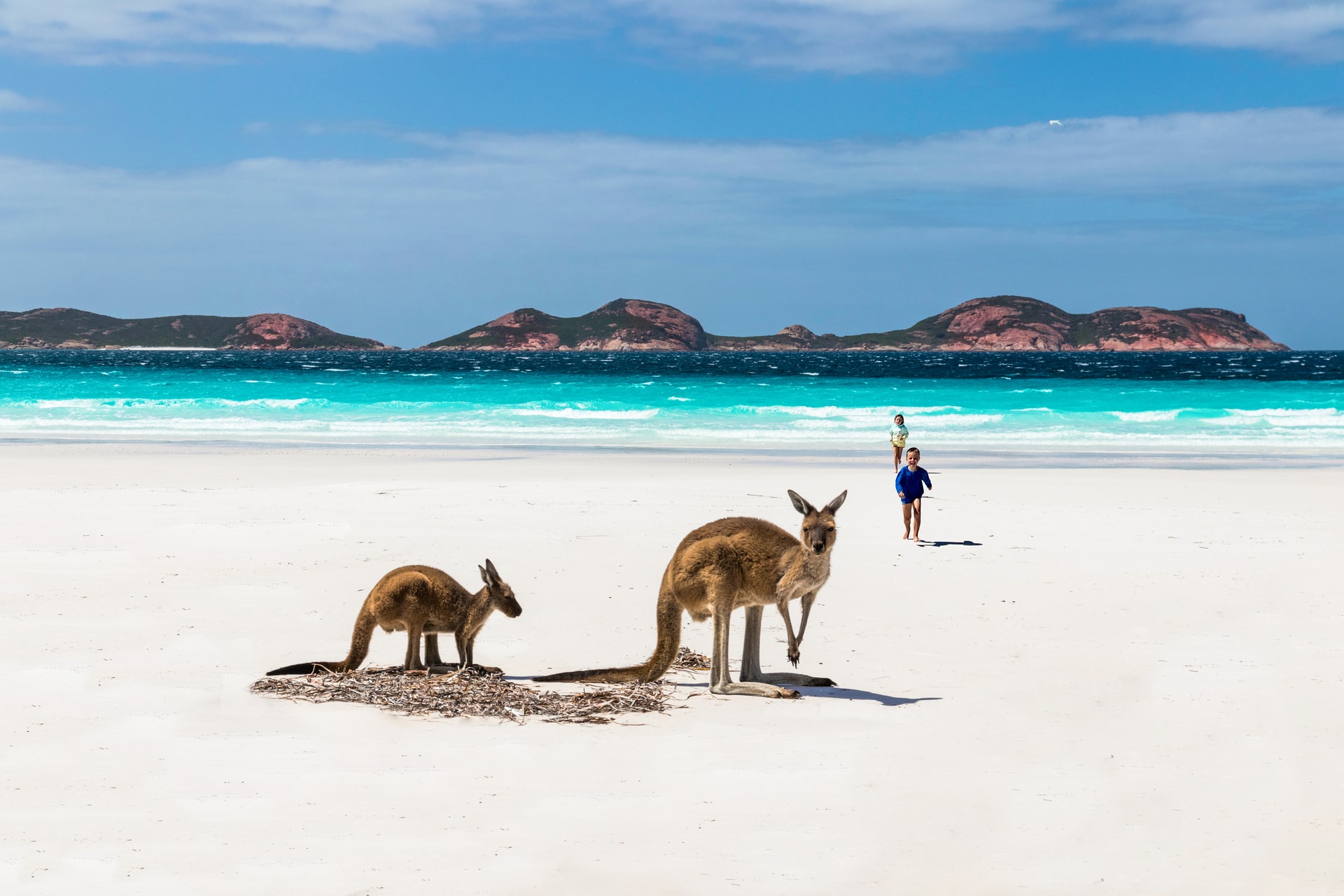 When people think of Australia, the first things that come to mind are Sydney and the Great Barrier Reef. But there are more places to stop by on this continent, especially if you want to see unique wildlife and diverse ecosystems. Western Australia is one of those places where you can find flowery meadows, pearly beaches, and extraordinary rock formations. It makes up barely 10% of the country’s total population, turning it into the perfect destination for nature lovers and eco-friendly travelers. To make sure you don’t miss the best parts, here are 6 amazing things to see in Western Australia. 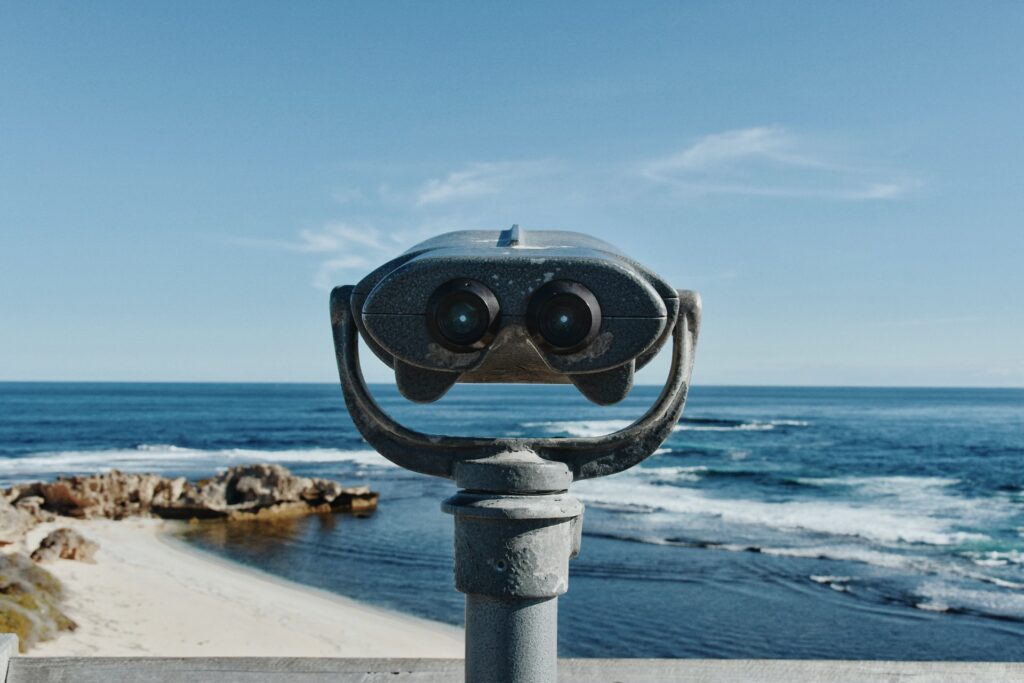 1.   Meet the Quokkas of Rottnest Island

Car-free nature reserve and home to one of the cutest marsupials in the world — the quokkas, the Rottnest Island is considered a paradise by many. Western Australia is the only place to see these adorable animals that look happy for the starlight they get. If you want to find out more about the island’s history, the Rottnest Museum holds a collection of relics, located in the old barn.

The houses in the area were built by convicts with limestone and are considered the oldest structures in Western Australia. When you get tired of hiking or playing golf, you can stop by one of the beaches, like Little Parakeet Bay or Geordie Bay, to swim, fish, dive, or surf. Rottnest Island has 135 species of tropical fish and almost 50 bird species, so you will get to see more wildlife besides the quokkas. 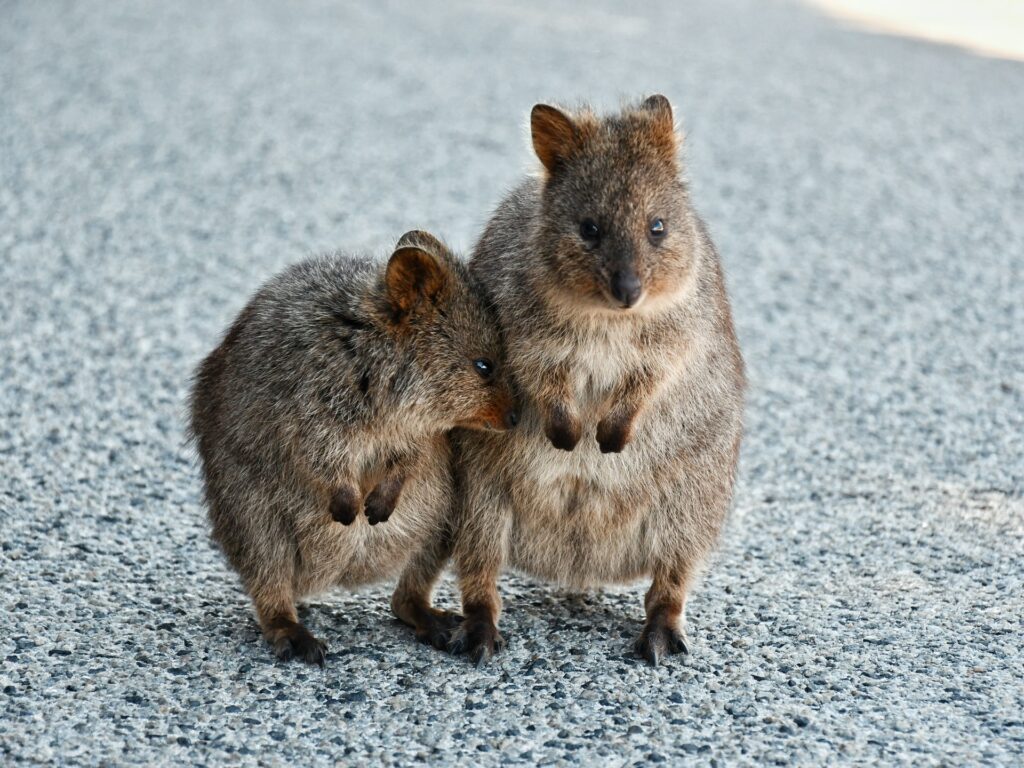 (Photo by Juliea Julieta on Unsplash.com)

2.   Taste the Wines of Margaret River

The Australian continent is famous for its wines and one of the best spots to try them is Margaret River. Make sure to visit the founding winery of the region Vasse Felix and try their Cabernet Sauvignon, as well as Leeuwin Estate to taste their chardonnays. After wine tasting, go to the Farmers’ Market for local produce or join a Ngilgi Cave tour, the land of the Wadandi people.

However, once in Western Australia you should miss hiking the Cape to Cape Track from Leeuwin to Naturaliste Ridge. This is an eight-day hike that will take you across cliff tops and karri forests, although you don’t have to go all the way. Less enthusiastic hikers can walk for a few hours and exit the trail to go to the Meekadarabee Falls, called “the bathing place of the moon” by Aboriginal people.

3.   Snorkel in the Ningaloo Reef

Ningaloo Reef is a UNESCO World Heritage site accessible from shore, unlike the Great Barrier Reef. The marine park is home to more than 500 species of fish, whale sharks, manta rays, dugongs, turtles, and of course over 300 species of coral. The most popular beach for snorkeling is Turquoise Bay where you can swim with whale sharks for fun.

If you plan to stay here for a few days, Exmouth is a small town in the area considered the most popular fishing destination in the country. Divers will love it here since, besides marine life, they can explore shipwrecks at the Point Cloates. If you want to explore the land, go to the Cape Range National Park to walk the canyons, dunes, and climb limestone cliffs.

4.   Ride Through the Horizontal Falls

You may know a thing or two about vertical waterfalls, but horizontal ones are equally exciting and beautiful. The Horizontal Falls in the Kimberley region is one of the biggest attractions in Western Australia. This natural phenomenon is available on seaplane tours that take you from Broome or Derby, over the Buccaneer peninsula, and to Talbot Bay.

The brave can ride through the Falls on a jet boat, between two narrow openings, and only when the drop is not higher than 3 feet (1 meter). The ride is safe for children so you can all go on this adventure as a family. 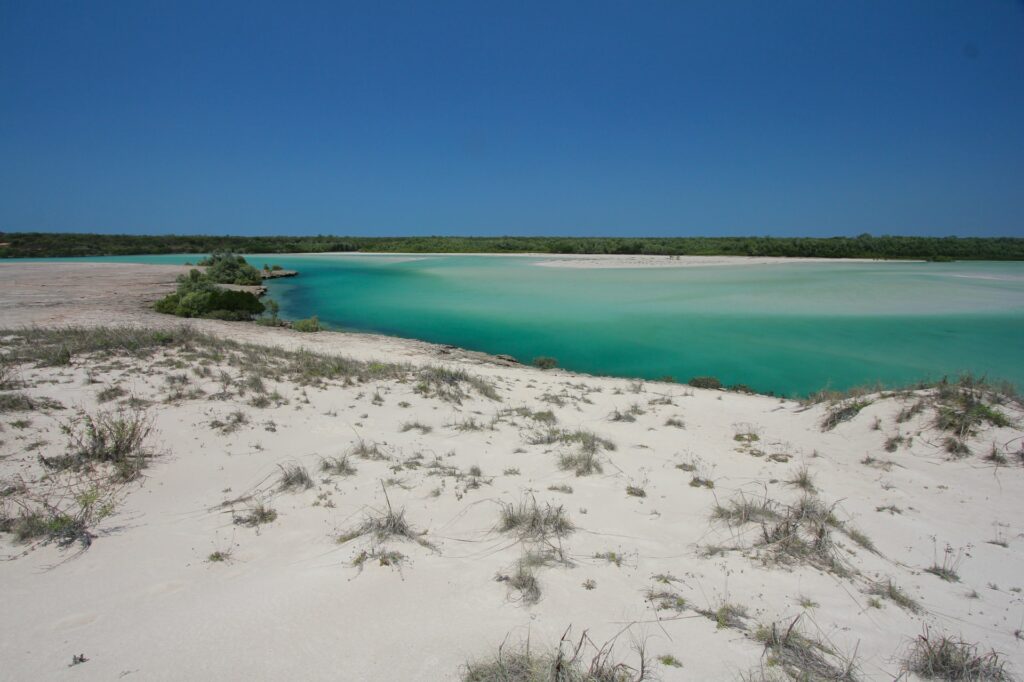 (Photo by Chilli Charlie on Unsplash.com)

Bremer Bay is a coastal town more than six hours away from Perth by car and one hour by plane. This area is famous for pristine sandy beaches, like John Cove, Blossom Beach, and Little Boat Harbour. But besides being a lovely place to swim, it’s also one of the best spots in the world for whale watching.

Bremer Bay killer whale tours are available from January to April every year, taking visitors to the feeding grounds of these giant predators. Other marine animals you can see are sperm whales, sea lions, sharks, dolphins, and various species of fish, like Western Fox Fish, Blue Devils, and Scaly Fin. Diving and snorkeling will show underwater ecosystems that can’t thrive in any other nearby waters except Bremer Bay. 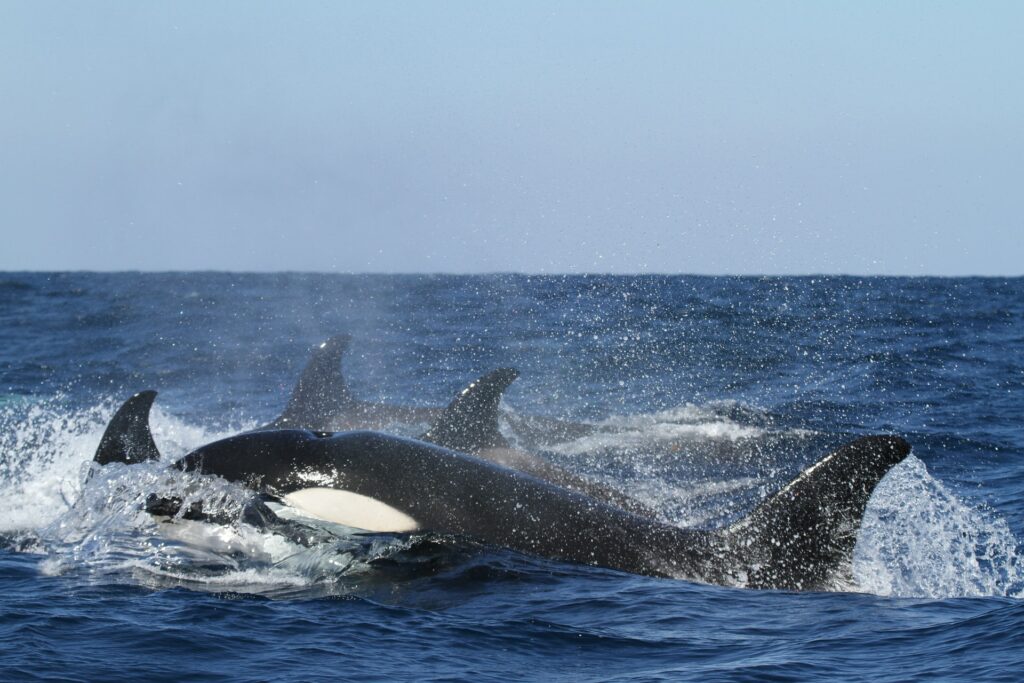 (Photo by NOAA on Unsplash.com)

If you want to go to a remarkable spot to swim in Western Australia then make sure not to miss the Elephant Rocks. The name was inspired by the rock formations resembling the herd of elephants walking through water. People come here from all around to swim, snorkel, and dive, but also to have privacy and quiet time with their family.

Elephant Rocks are close to the small town of Denmark that should also be on your sightseeing schedule. The biggest landmark of the area is the Dinosaur World which displays the only T-Rex skeleton remains in Australia. Don’t miss to try honey products at the Bartholomews Meadery and walk through the 100-feet tall forest of the Valley of the Giants.

All in All to See and Do in Western Australia

There are more amazing things to see in Western Australia, but these are perfect to start exploring the country and make you fall in love with this region. Furthermore, Western Australia’s nature, wildlife, and landmarks will introduce you to more about its special ecosystem, cultural heritage, and Aboriginal history. 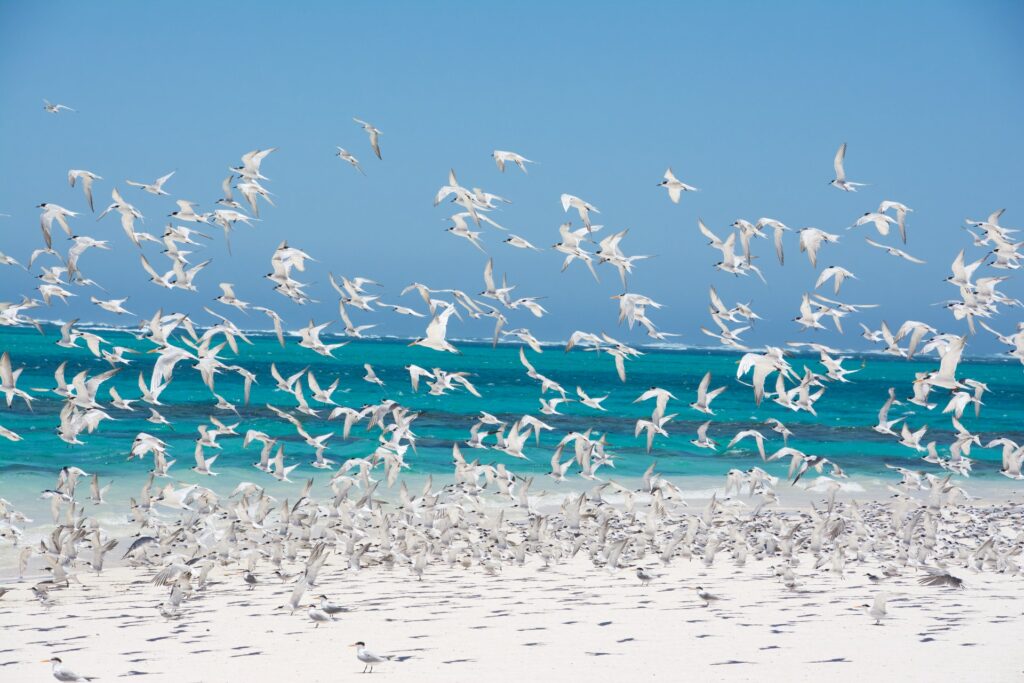 Nina Simons is a lifestyle blogger, yoga aficionado and a travel enthusiast with a distinctive taste for home decor. She's passionate about learning new things and sharing meaningful ideas. In her free time, she loves to design clothes and furniture. If you wanna see what she's up to you can find her on Twitter.

The Life, Times, and Birthplace of President James Polk