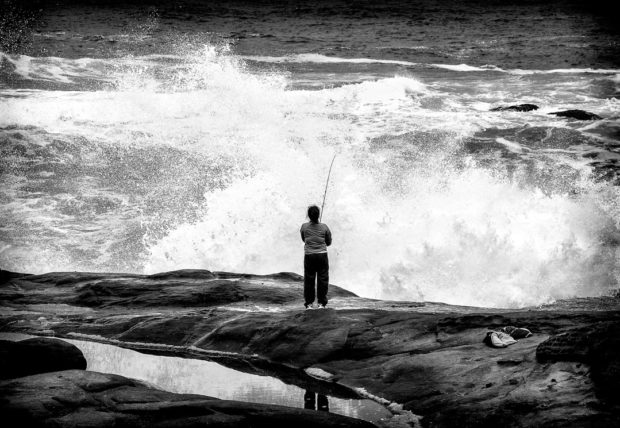 I will never tire of photographing the Oregon Coast. The scenery along the fourteen mile stretch of Coastal Highway 101 between Heceta Head Lighthouse and the town of Yachats, Oregon is rugged, dramatic and stunning. The mountains rising from the Pacific Ocean have densely forested steep slopes, deep canyons and exploding waves. Recreational opportunities abound such as picnicking and camping, kite flying, fishing, agate hunting, observing tide pools, hiking on the many trails and photographing. There are birds, sea lions and other animals, and at certain times of the year, there are whales and beautiful wild flowers. 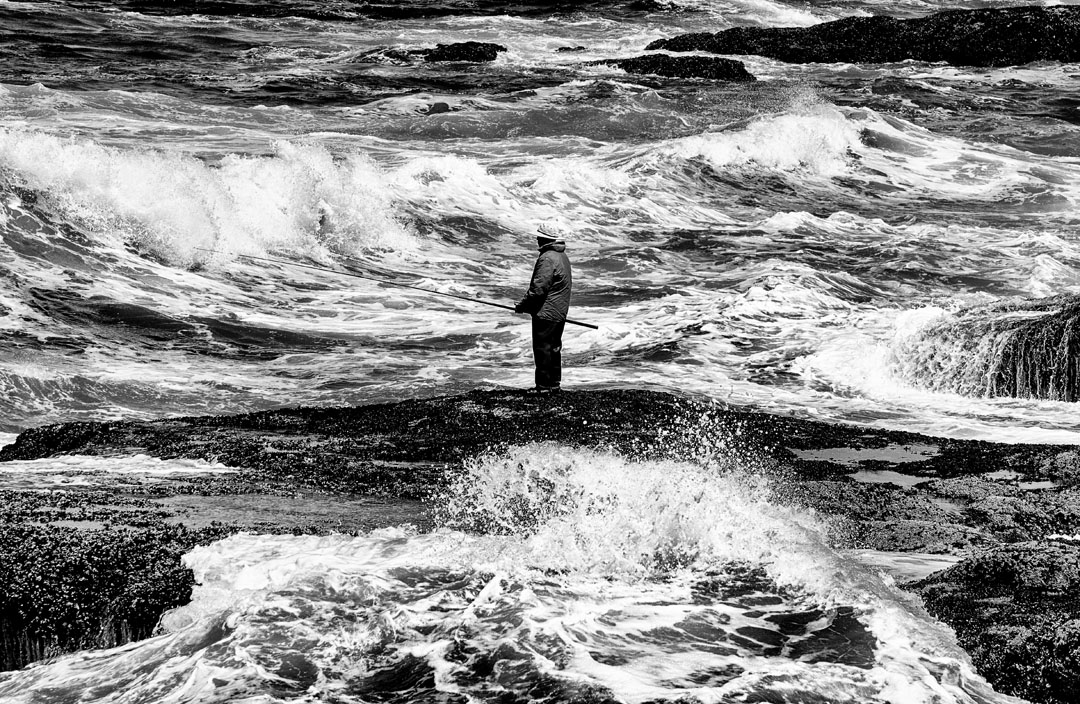 Fishing off the coast near Yachats, Oregon (Photo by Adrianne Brockman)

Do Your Research When Photographing the Oregon Coast

Your satisfaction with your adventure will depend on your level of research. The drama is created, in part, by seeing and hearing the crashing waves and if you are interested in agate hunting or tide pools, these are all dependent on the tide levels. When photographing the Oregon coast, your research should begin by looking at photos on the internet of the places you plan to visit. For example, Google  “Devil’s Churn, Oregon.” Once a plan is developed, then research each site for the ideal conditions.  The weather forecast and the times of the tide levels, sunrise, and sunset are important factors. Additional research might be about whale migration, the birds, wildflowers and wildlife. Be aware of events that might create big crowds of people.

The forecasted weather conditions and temperature can be misleading. When it is in the 90’s in Portland it is often foggy at the Coast. When it appears it will be hot, there can be a chilly breeze. It can be cold at night.  Pack layers of warm clothing.

There are day use fees for each park, and it may be advisable to purchase an Oregon State Park Pass. If you are 62 years old or older and plan to visit a National park or monument such as Yaquina Head Lighthouse located north of Newport Oregon, purchase a lifetime Senior Pass. Information about both passes is on the internet. 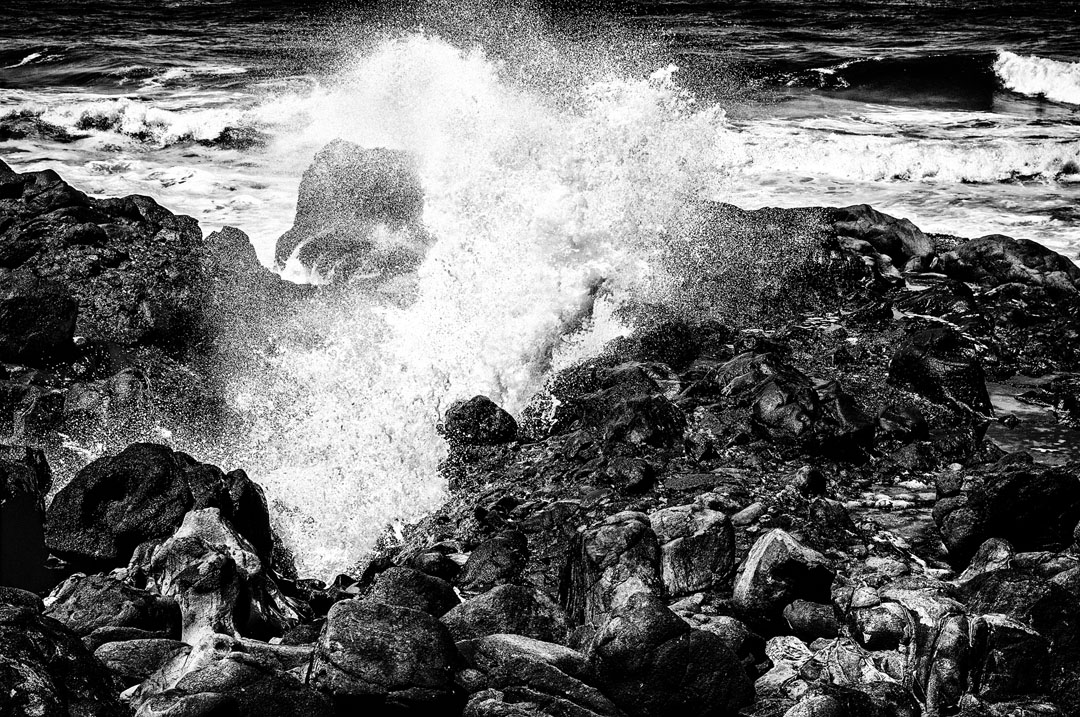 A blowhole near Yachats, Oregon (Photo by Adrianne Brockman)

There is danger involved from slippery trails, rocks and sneaker waves. Annually, people are killed. Sneaker waves are deadly, larger-than-average powerful swells that without warning, surge higher up the beach than the normal waves. They often have enough power to move big logs which can kill people or sweep a person out to sea. You cannot be too cautious!

This adventure starts at Yachats, Oregon although it could start from the south end. Yachats (pronounced  YAH-hots) is a favorite place to photograph. There is always something new and dramatic to see such as huge waves and fisher-persons on the rocks at water’s edge. The waves crash against the dark rocks and each one explodes in a different way. It is stunning and dramatic and the drama is accentuated by black and white photography. There is a blowhole which shoots water high in the air.

The drama begins about two hours before high tide, and it builds with the rising incoming tide level. Be sure that high tide is at the time of good light. And at low tide, there are tide pools as well as the opportunity to hunt agates. There is sand for those who want to lie on the sand although this is not an area conducive to sunbathing. All of this is accessible from a wide flat hard trail that winds along the coast line within not very many feet from the ocean. The trail can be accessed from the motels along the route or from Smelt Sands State Park. It runs from the Adobe Resort, north to past the Fireside Motel. There are benches along the trail where one can sit and be mesmerized by the waves or photograph. It is utopia.

Access to the sandy beach, agate hunting and tide pools is a little more difficult. The area is in front of the Adobe Resort, and there is a three to four foot high cliff to walk down. The sand can be deep. Winter storms change the access and depth of the sand each year. A minus tide of at least -1.2 is necessary to see the tide pools. The lower the tide, the farther out the ocean will be and hence, the more time for viewing. The tide pool areas are very slippery so wear proper shoes. 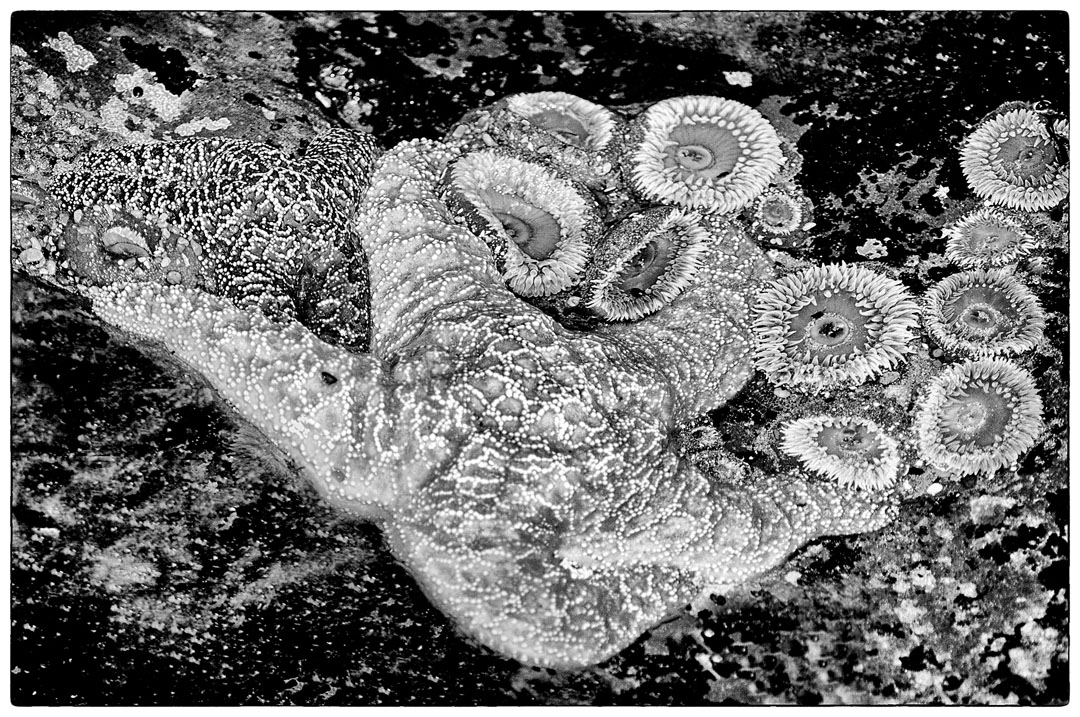 The bridge is inland, it is moderately interesting, and an 18 mile round trip. Along the way, there are farms. The covered bridge crosses the North Fork of the Yachats River. It was built in 1938, is 42 feet long and is on the National Register for Historic Places.

At the south end of the City of Yachats, Highway 101 goes downhill. Approximately mid-way on the north side is the turn onto Yachats River Road. At about the seven mile point, the road crosses a bridge and comes to a T intersect. Turn north on a narrow winding road which provides access to homes, and the covered bridge is about 2 miles.

The bridge has a north south orientation.  It is a morning photograph. The inside of the bridge can be dark so a flash may help.  There is deciduous foliage and hence, there is potential for a more interesting sight in the fall. 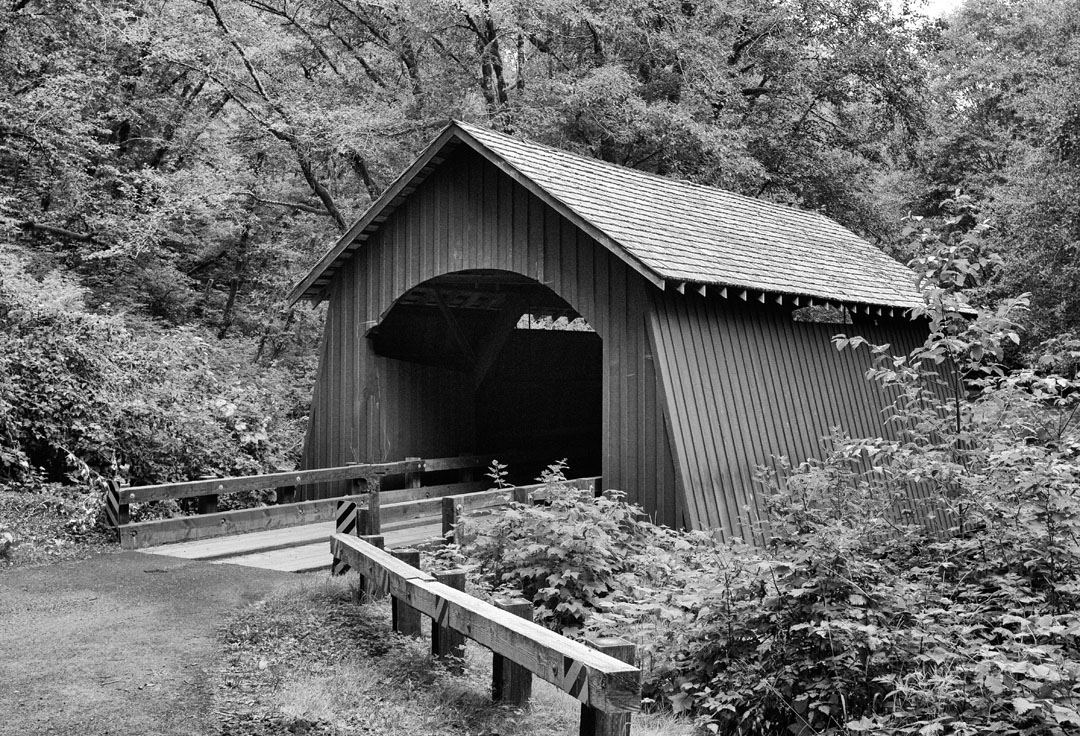 The Cape Perpetua viewpoint is 802 feet above the shoreline, and the view is 37 miles out to sea, and up and down the coast for 70 miles from Cape Foulweather to Cape Arago. It is said to be the highest viewpoint accessible by car on the Oregon Coast. To access the viewpoint, turn east off Hwy 101 onto Road 55 and at the intersection, take Road 5553 which winds up a steep incline. The trailhead is located by the information board in the parking lot. A very short walk goes to the viewpoint. The view is stunning! The trail continues into the woods to a stone shelter which according to the Forest Service was built in the 1930’s by the Civilian Conservation Corp. It served as a lookout for enemy ships and planes during World War II. The Cape Perpetua Scenic Area has 26 miles of trails. 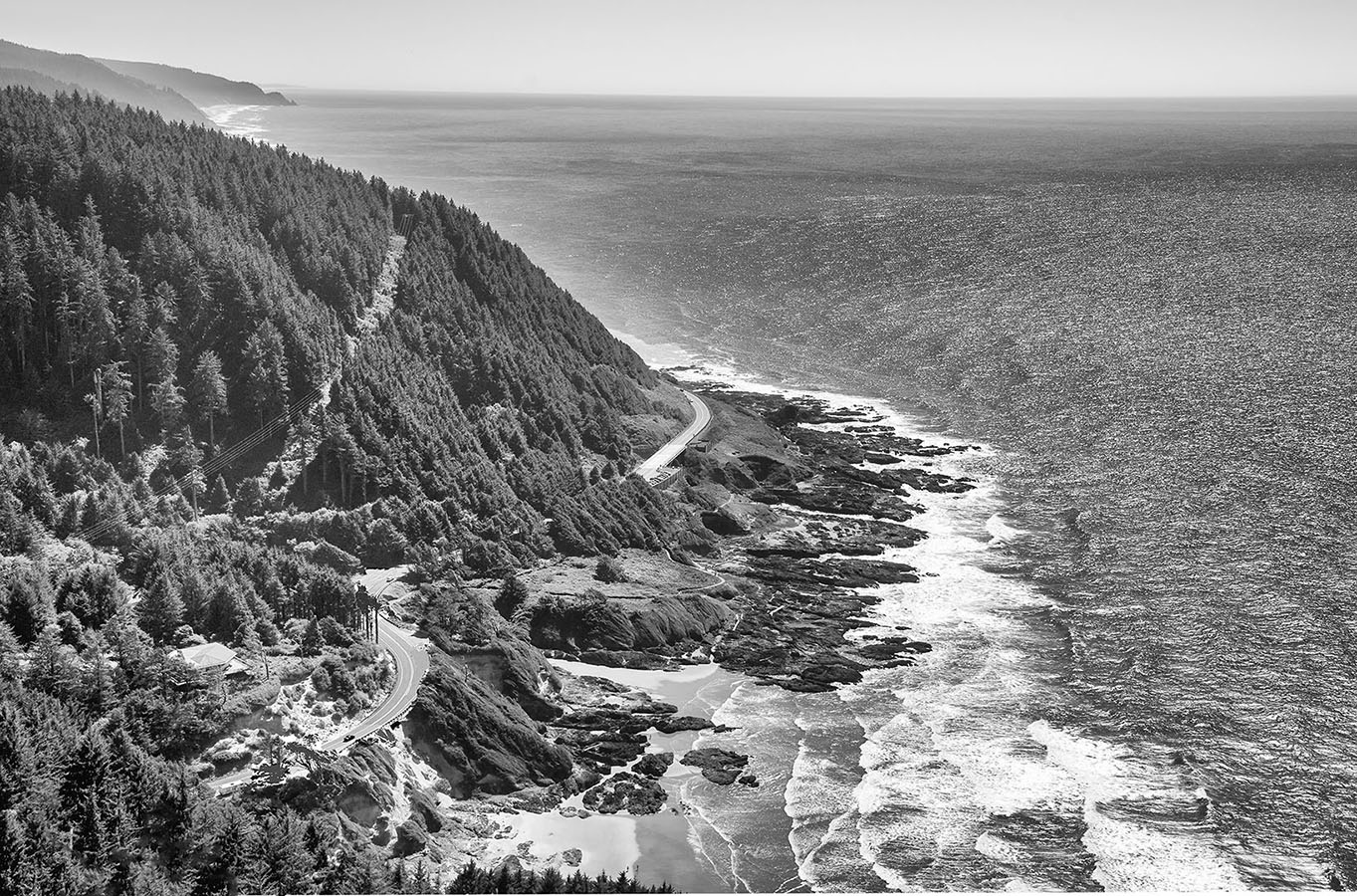 The Visitors Center near Cape Perpetua is located on the east side of Hwy 101. The access is immediately south of the access road to the viewpoint. During the summer, staff will assist tourists by answering questions. The center also offers exhibitions and daily interpretive programs including movies, guided hikes and whale watching during the migration. A mobile app guides adventures on the trails. There is a stunning view of the ocean from the Center. It is open seven days a week, but it is advisable to check the schedule. 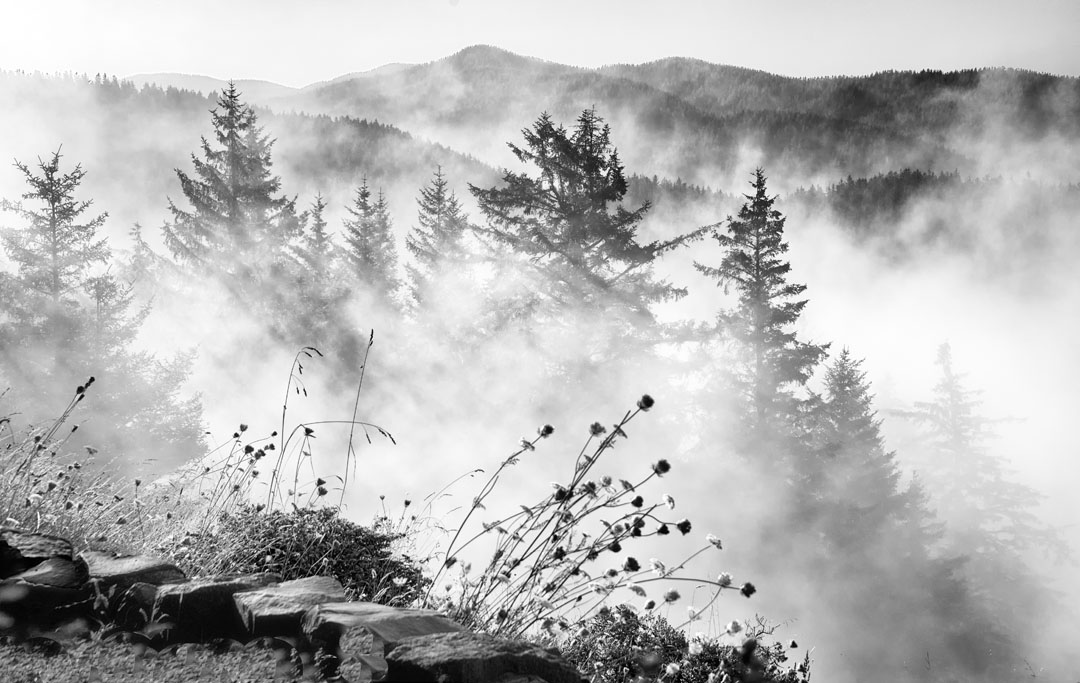 Fog rolls in at Perpetua Viewpoint (Photo by Adrianne Brockman)

Devil’s Churn is located on the west side of Highway 101. It is a deep chasm in which the ocean churns and creates a loud churning and explosion sound. One hears the power of the ocean. It is a narrow and deep canyon that is about 80 feet wide at the point it opens into the ocean. Devil’s Churn is said that those with an interest in geology will find the chasm shows the volcanic history of the area.

It is a beautiful forested park with a trail leading to the ocean and the Churn. The trails may be slippery so walk with care. The Churn is best viewed at high tide, but it is said it not safe if the tide is 8.1 feet or higher. Ask about safe tide levels. Use caution because of the possibility of sneaker waves. 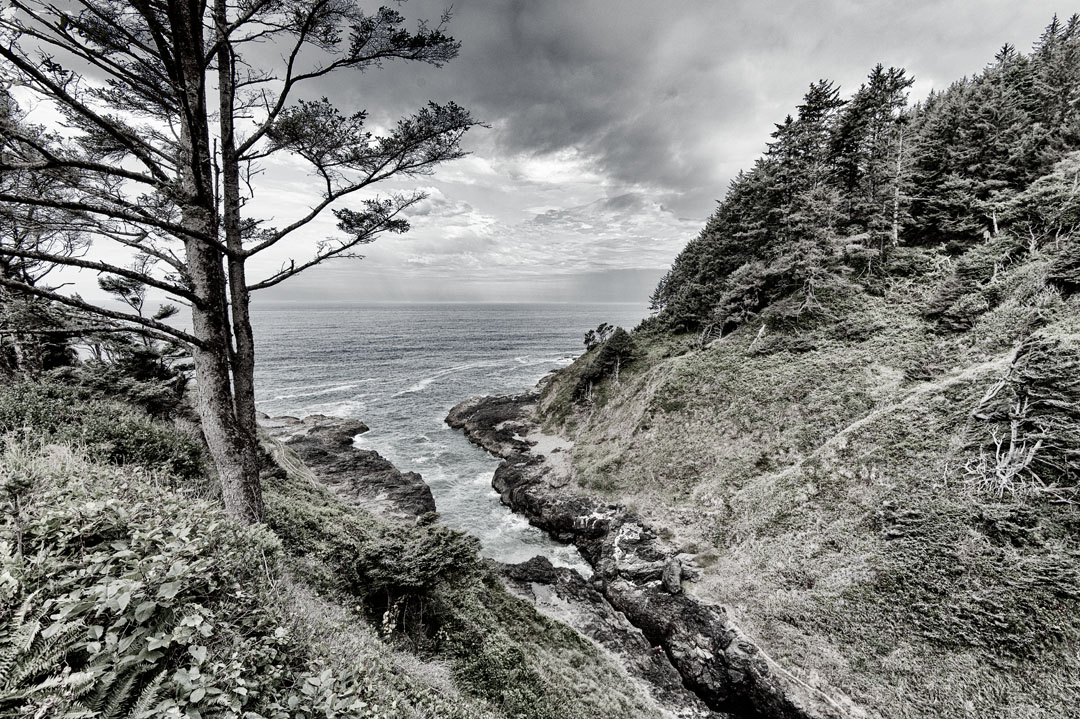 Cook’s Chasm, located on the west side of Hwy 101, offers three scenic opportunities in one stop. The Chasm, Spouting Horn and Thor’s Well can be viewed from the parking area or by a walkway into the site. The best time to visit is around high tide. What you will see is the ocean crashing and exploding against the wall of the Chasm in the form of Spouting Horn while Thor’s Well will fill with water an empty. Water from the exploding waves sometimes rises 30 to 40 feet in the air, and it has been said to be “geyser-like.” 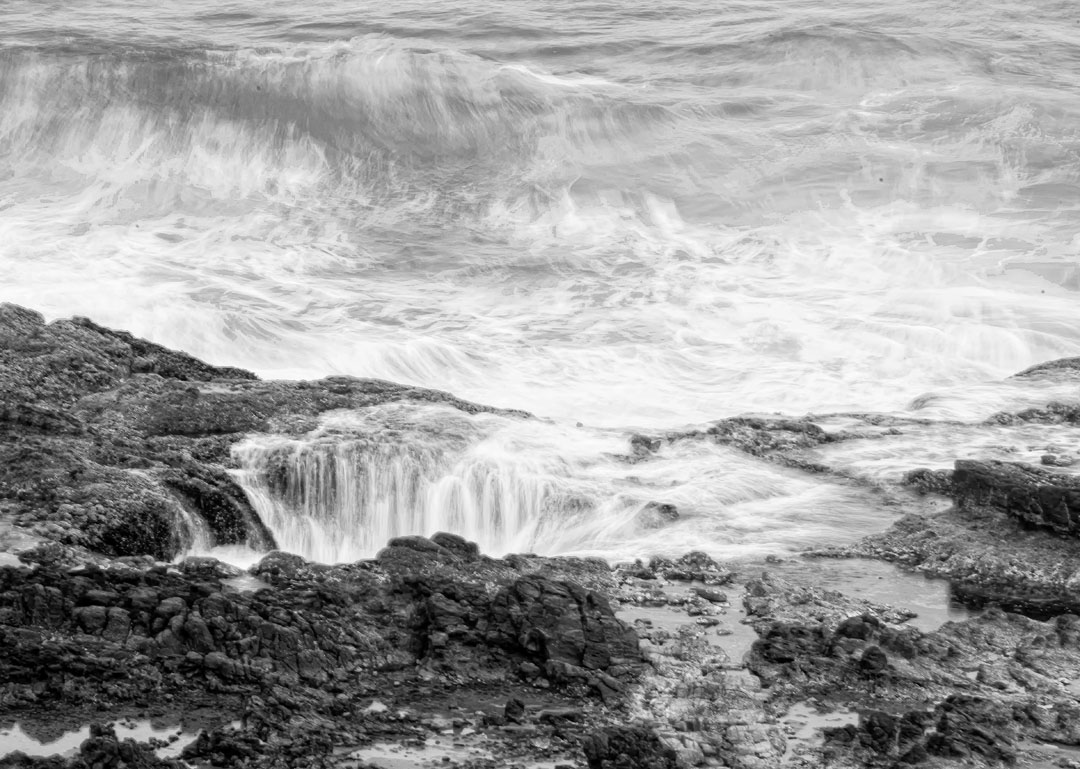 Thor’s Well; another marvel of the Oregon coast (Photo by Adrianne Brockman)

Heceta (pronounced Ha-SEE-ta) Head Lighthouse is a working lighthouse which was built in 1894. It is 56-foot tall and the light is visible 21 miles at sea. Heceta Head is said to be the strongest light on the Oregon Coast. It is on the National Register of Historic Places. The lighthouse sits 204 feet above the ocean on a cliff. The backdrop is a forested mountain.

In addition to the lighthouse, there is a lighthouse keepers house which is now a B&B. The Heceta Lighthouse bed and breakfast can be a memorable place to stay.

Heceta Head trail is part of a 7-mile network. Due to the topography, the trails vary in difficulty. There are beach and wildlife viewing areas. Wildlife refuge islands feature a view of: sea lions; cormorants; gulls; and, other birds. Flying brown pelicans and bald eagles can be seen as well as migrating whales at certain times. If you can catch any of these, it will be a highlight of photographing the Oregon coast. 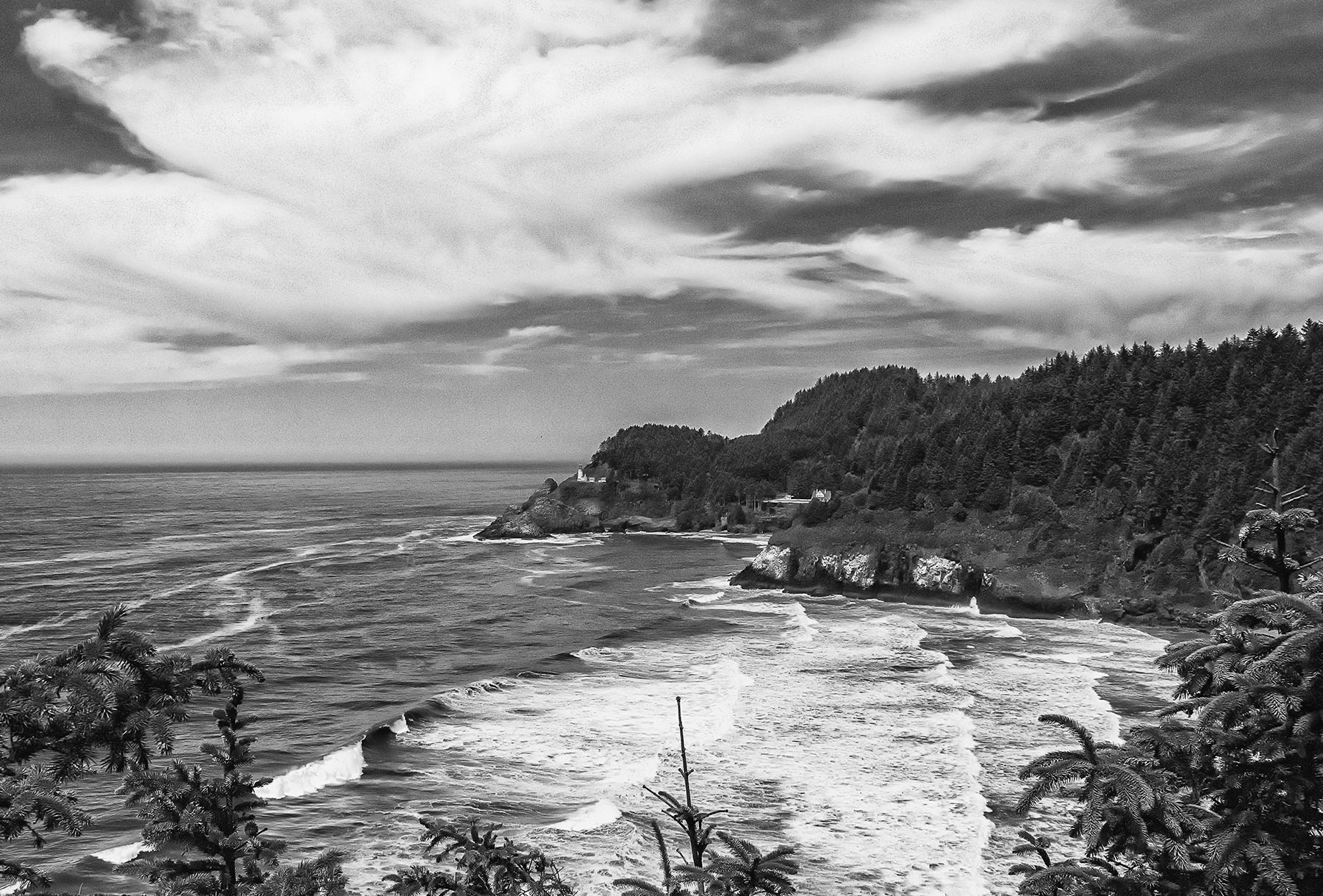 Sightseeing, picnicking, camping, hiking, agate hunting, wildlife watching, fishing and photography are just some of the things to do on the Oregon Coast. For me, photographing the Oregon coast is my favorite thing to do in this beautiful locale. I have been blessed to travel and photograph in Africa, Asia, Canada, Europe including Iceland, Mexico and in much of the U.S.A. The Yachats area is one of my favorite places in the world to photograph. 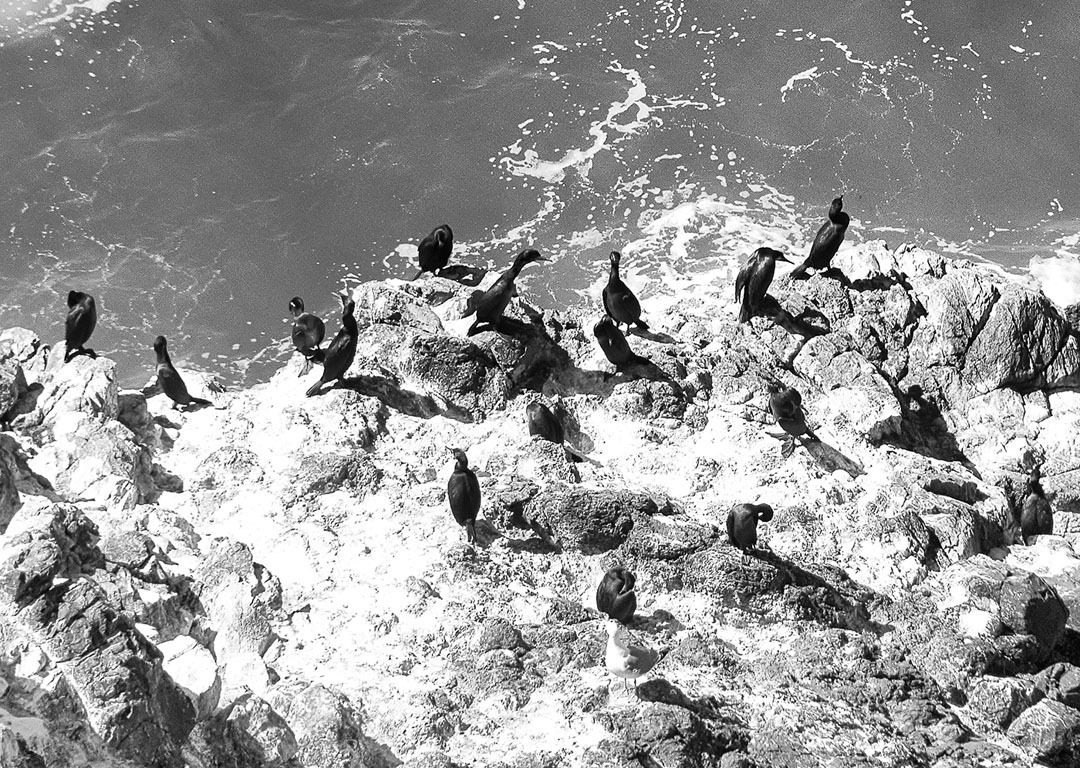 PLEASE NOTE: The Oregon Coast is opening for business. Please do honor the safety rules and practices put in place due to COVID-19. Call ahead and check for the latest information. Exercise patience, keep your sense of humor, be a good traveler. We’re all in this together. 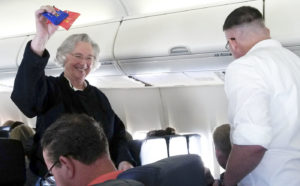 Writer and photographer Adrianne Brockman makes the most of every trip.

-All photos by Adrianne Brockman.

Adrianne Brockman is a retired land use planner and attorney. She is a very serious amateur photographer and has won many awards. Writing for pleasure is one of her passions. She has been blessed to travel and photograph in Africa, Asia, Canada, Europe including Iceland,  Mexico and in much of the U.S.A.