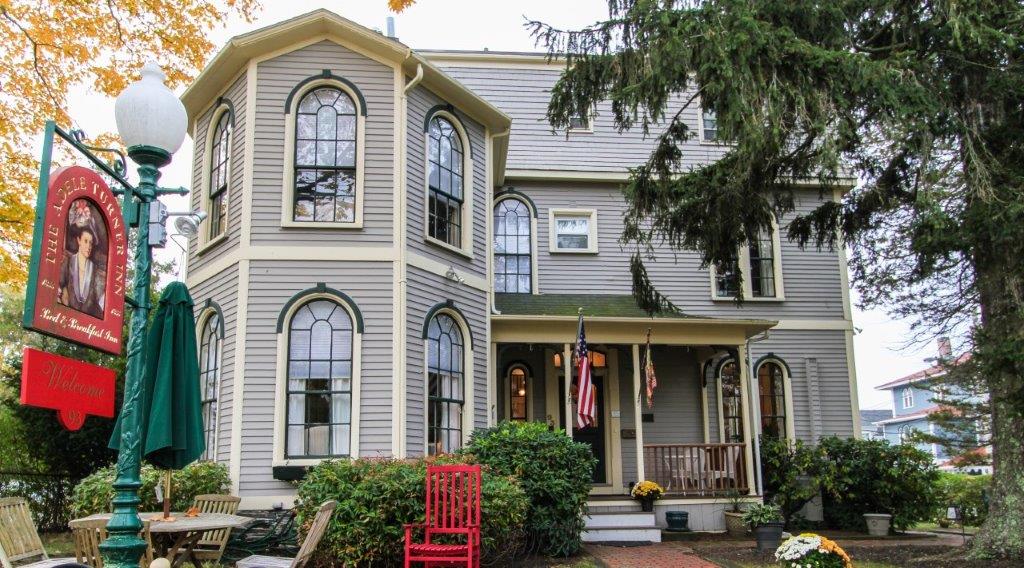 For over 160 years Rhode Island’s oldest operating inn has looked out upon the first gas-lit street in America. Burrowed in the heart of Newport’s Historic Hill, the Adele Turner Inn sits two blocks from the sailboat studded harbor and the Gilded-Age Mansions of Bellevue Avenue. Twenty-seven arched windows peek out from beneath the low hanging boughs of the cedar tree shading the front walk. The gently sloping lawn and collection of rocking chairs and tables invite guests to slow down and enjoy the coastal autumn breeze. Named one of New England’s Top 10 Most Romantic Getaways, this charming Victorian warmly welcomes visitors in classic New England splendor.

Like most of Newport, the Adele Turner Inn has a rich and colorful history. The land in which the house was built was originally owned by Benedict Arnold in the 17th century. Not the notorious traitor himself but his grandfather for whom he was named. The Arnold family cemetery is still in existence and is only a half block away. At some point during the 18th century the land passed to the Pelham family. In 1855 Augustus Littlefield, a successful shipping merchant, built the home in order to house the captains and officers of his shipping fleet while in port. Littlefield’s private residence still stands and is directly across from the street from The Adele Turner on Pelham. 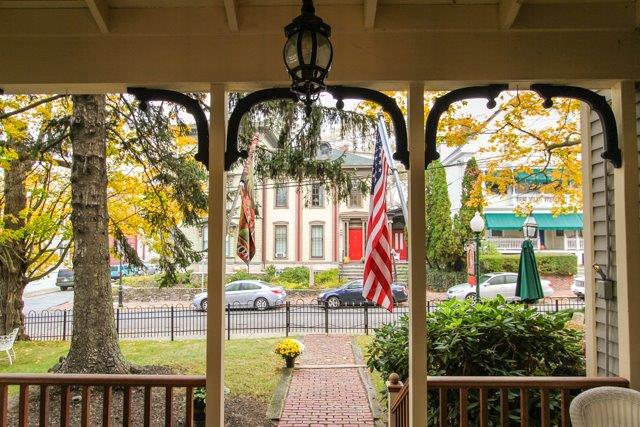 The view from the front porch.

On the National Register of Historic Places 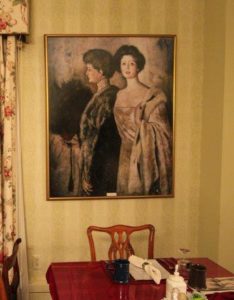 The lodging house is listed on the National Register of Historic Places and in 1980 was opened as a bed and breakfast under the name of The Admiral Benbow. Twenty years later it was sold and underwent a massive million dollar renovation. In 2000 it was reopened and renamed Adele Turner Inn in remembrance of a local prominent Victorian philanthropist. In 2010, veteran innkeepers Harry and Cheryl Schatmeyer acquired the inn and have been graciously accommodating guests ever since.

Their 3-story luxury bed and breakfast features 11 romantic rooms and suites embellished with private fireplaces and “bathing salons.” Each room is individually decorated to celebrate the many personalities and distinct history of Newport. Such as the Hall of Fame Room, adorned with nostalgic tennis memorabilia in honor of the International Tennis Hall of Fame located just a few blocks away. Also, the Great Gatsby Suite with mementos from movies filmed or based in Newport. Then there’s the inn’s largest and most luxuriant accommodations, the Tycoon Suite. This suite is made up of three rooms with a custom marble steam shower, covered whirlpool tub, and mahogany accented “library” and sitting room. 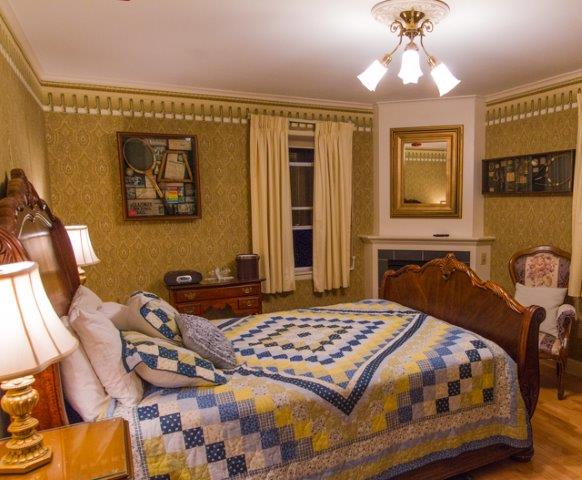 Food and Drink at the Inn

The front parlor serves as the dining room and is artfully decorated with plush antique rugs, polish wooden mantelpieces, and gilded portraits painted by Adele Turner’s daughter Beatrice. A spread of fresh seasonal fruit, rich pastries, whole grain toast and cereals, and an array of chilled fruit juices are laid out every morning and served buffet style. 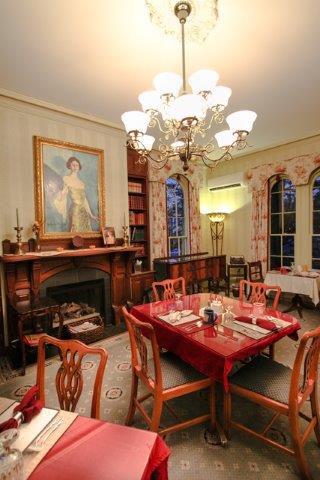 The Parlor serves as the Inn’s dining room.

Their cooked-to-order entrées will rival any restaurant on the island. Eggs Newport, their signature entrée, consists of crisp, succulent crab cakes crowned with two silky poached eggs, drizzled with their homemade roasted red pepper aioli, then sprinkled with chives. Another favorite is the Adele’s Seasonal Omelet, buttery and bursting with fresh vegetables and savory cheese. For those with a sweet tooth there’s the Sunny French Toast that comes stuffed with cream cheese and adorned with powdered sugar and blueberry compote, or the fluffy Belgian waffle topped with the chef’s choice of seasonal toppings. 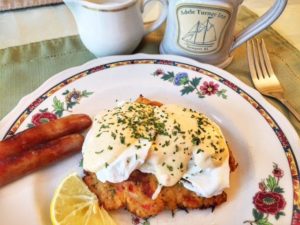 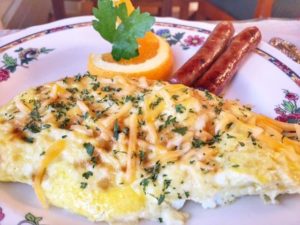 But breakfast isn’t the only chance to indulge. Afternoon tea is served daily between 3:30 and 4:30 alongside a multitude of delicate tea sandwiches and cakes. On Saturday evenings complementary wine tastings are paired with fresh fruit and cheese. The front porch and lawn settings are ideal for enjoying the local wines they have to offer.

To explore the local vines more, tour the 14 wineries and vineyards that make up the Coastal Wine Trail. Newport is centrally located on the trail that spans from the south coast of Massachusetts, Rhode Island, and Connecticut. 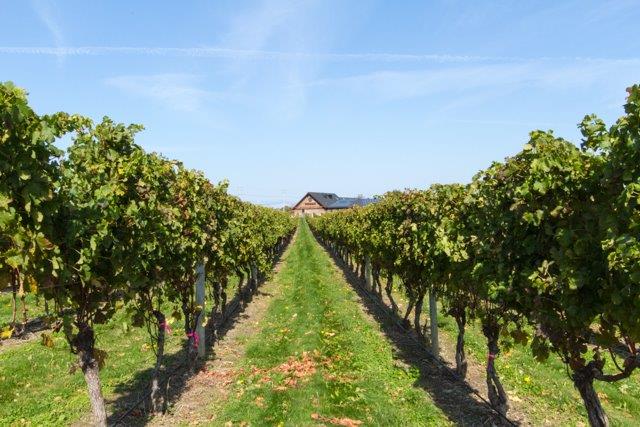 Explore the Town of Newport

As cozy as The Adele Turner Inn is, there are plenty of alluring gems worth venturing out to see without having to get in the car. One block east lies Newport’s most famous avenue. Besides the lavish mansions and the International Tennis Hall of Fame, Bellevue Avenue is home to Redwood Library and Athenaeum, America’s oldest lending library. Founded in 1747, the library is older than the United States.

Also scattered along Bellevue are number of boutiques, restaurants, and taverns such as Griswold’s. Just around the corner from the inn, Griswold’s serves up New England comfort food such as chunky Clam Chowder and cheesy French Onion Soup. Perfect for warming up after an evening stroll through the fall leaves. 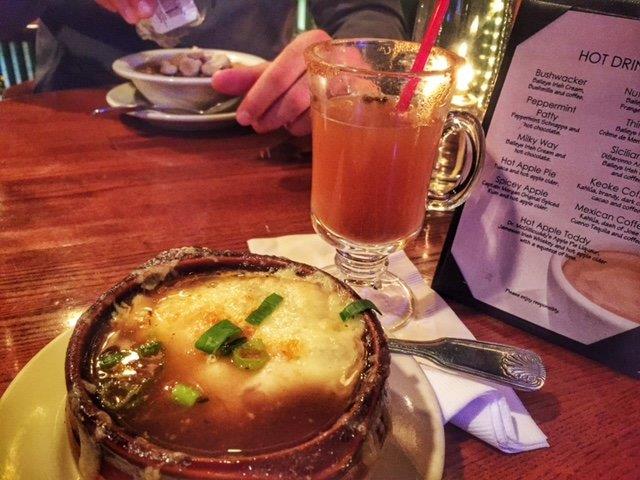 Enjoy a cocktail and New England fare at Griswold’s Tavern.

Two blocks due south, the Gothic spire of Saint Mary’s Church can be seen rising above the roof tops of the surrounding 18th and 19th century homes. It was before the exquisite woodcarvings and brilliant stained glass windows of Saint Mary’s that John F. Kennedy and Jacqueline Lee Bouvier were married in September of 1953. 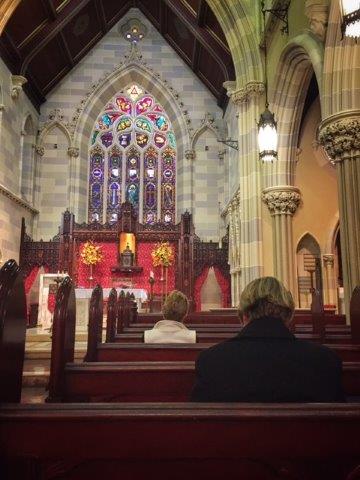 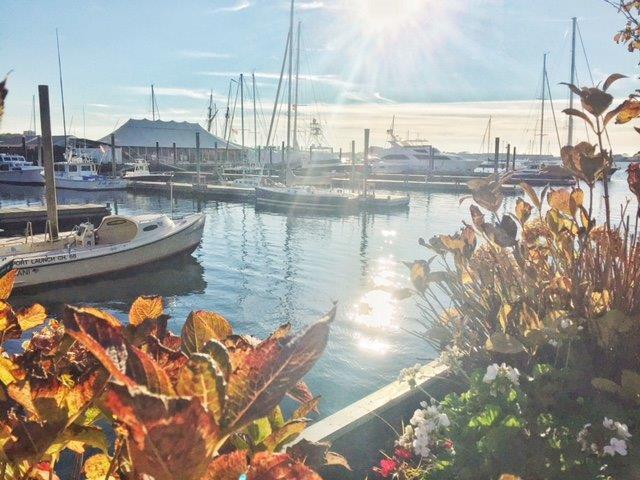 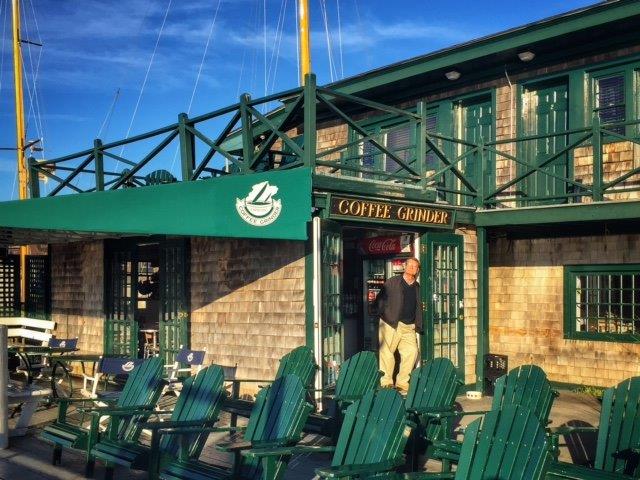 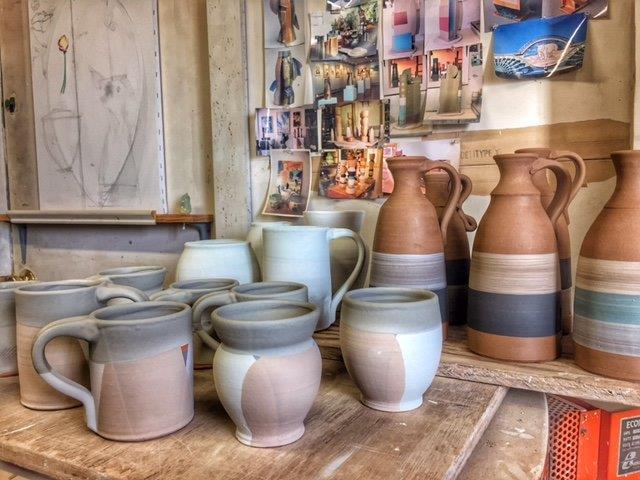 Watch the various stages of pottery at it is created at a local pottery shop. 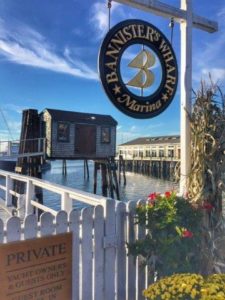 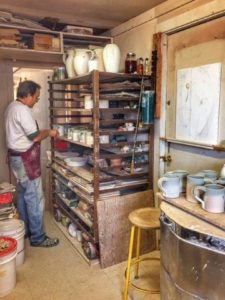 Touch history, set sail, shop for antiques, stroll the local vineyards, or just escape the everyday norm. In a world set on fast forward, The Adele Turner Inn in Newport, Rhode Island offers visitors a chance to step back, unwind, and take in the charm of coastal New England. 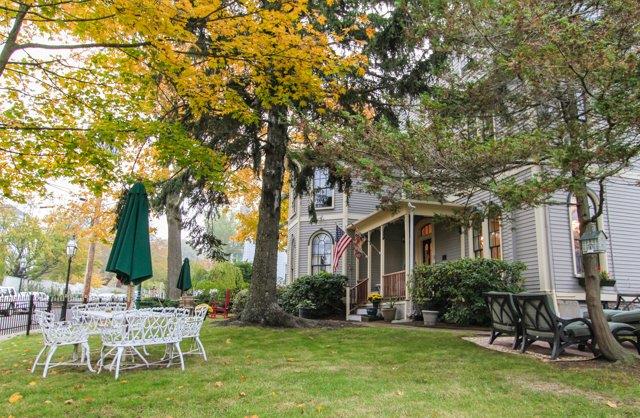 – All photos by Jessica Pickett.

The daughter of a free-spirited, surfing waitress and a professional cross-country mover, Jessica discovered most of the country from the dog trot of an eighteen-wheeler before turning 5 years old. She was raised along the banks of the Sabine River and was fortunate enough to be able to call both Texas and Louisiana home. She embraces her naturally curious soul, love of nature, and appreciation for culture. After marrying a 4th generation farmer who had never taken a vacation, an entirely new adventure began. They now split their time between farm chores and traversing the globe. You can join them on their many (and sometimes muddy) adventures at https://www.therootedgypsy.com.

Smith Teamaker Kicks Off The Holidays