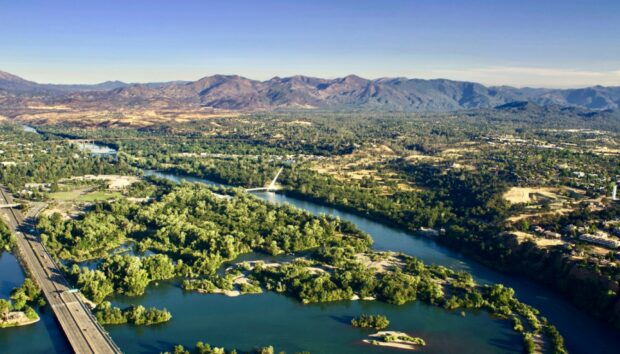 According to their official tourism site, Redding, California is the “sunniest city” in the entire state of California. This means that Redding, on an annual basis, has more sunny days than any other city in California. Additionally, it boasts moderate temperatures year-round as well as a host of outdoor activities that range from the simple to the more adventurous.

In other words, its attractions appeal to a wide variety of interests. This includes walks, hiking, rafting, biking, and more, in addition to culture such as museums, theatres, and restaurants. Despite this, however, Redding tends to fly under the radar. Here are the 10 things you should do if you choose this fun and beautiful spot for your next vacation. 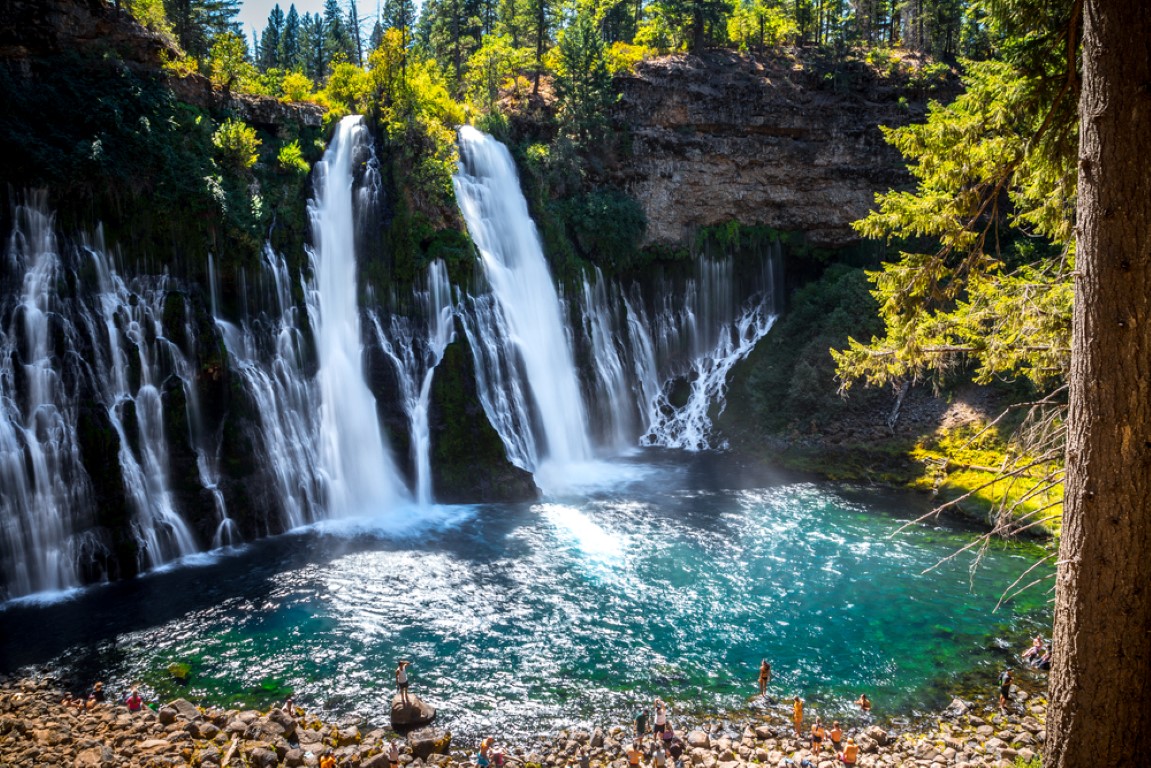 Redding’s most iconic landmark is easily the Sundial Bridge, which isn’t just a name. This 710-foot suspension pedestrian bridge, which crosses the Sacramento River and is attached to the Turtle Bay Exploration Park, is actually a functioning sundial—one of the largest in the world, in fact!

Designed by Santiago Calatrava, a famous architect from Spain known for designing artworks that are also functional, the Sundial Bridge does indeed cast a shadow that allows people to tell the time, however with a caveat. The bridge and therefore its shadow are so large that the time can only accurately be read from 11 AM to 3 PM each day. It’s also not accurate in winter.

With that said, the shadow is also so large that, when it’s visible, it moves a full foot every minute, making it quite a dramatic sight to behold!

In keeping with the Exploration Park’s mission statement, the Sundial Bridge is a tribute to human ingenuity and creativity that’s also designed to work in tandem with its river environment, its pylons and cables deliberately avoiding the salmon habitat nearby. It’s also particularly beautiful at night, when the glass walkway is illuminated by LED lights. 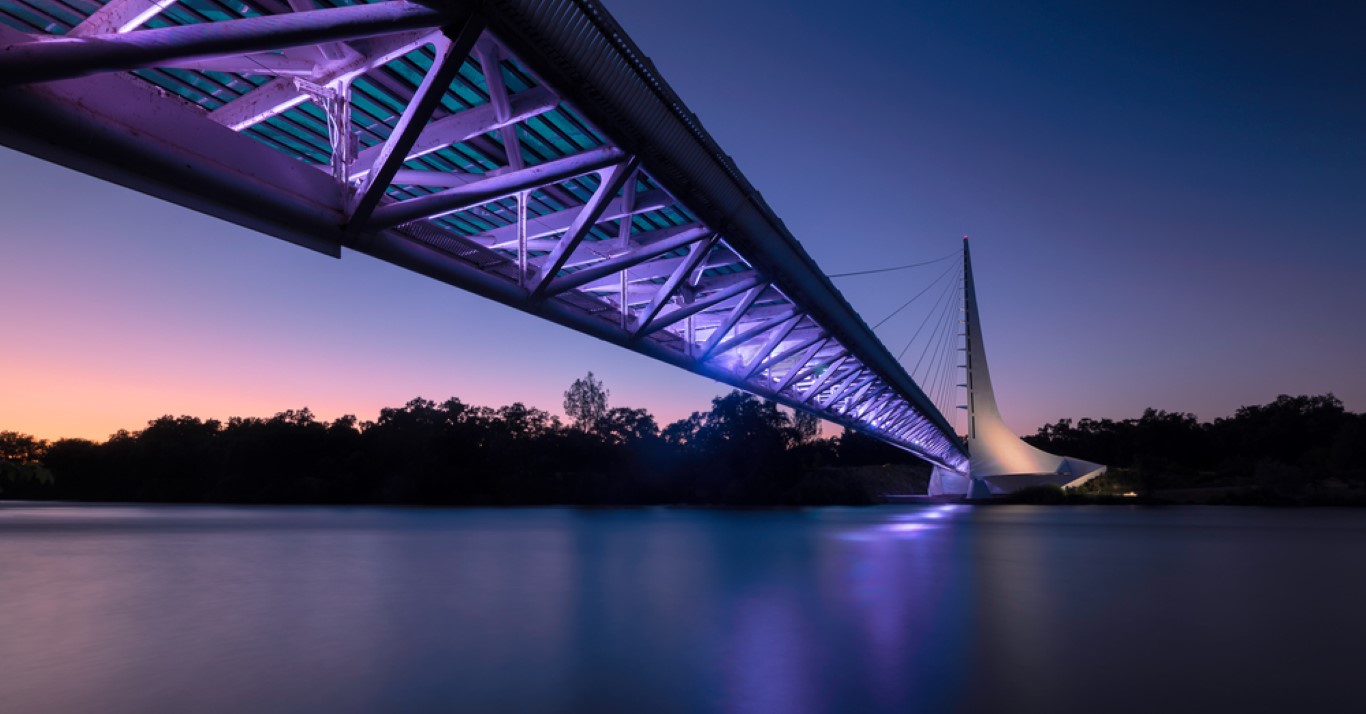 Part of Turtle Bay Exploration Park’s goal, as with the Sundial Bridge, is to blend into the natural environment, and so the museum’s architecture of glass, steel, and wood is deliberately unobtrusive. In the museum and other areas of the park, visitors can learn about the area’s history (both Native American and pioneer) and natural resources.

Meanwhile, the park is full of beautiful outdoor art, including the Sundial Bridge, as well as more fully natural forms of beauty on display in the aforementioned arboretum, which is full of trees and plants that are all native to California. Just by the bridge you’ll also find Paul Bunyan’s Forest Camp, which teaches visitors what the life of a logger was like back when the pioneers first began arriving in the area.

On the various forest trails, you’ll also have the opportunity to see not only the gorgeous greenery but some of the native wildlife, such as bobcats and hawks.

To get to Turtle Bay Exploration Park, take the 44 to Sundial Bridge Drive. 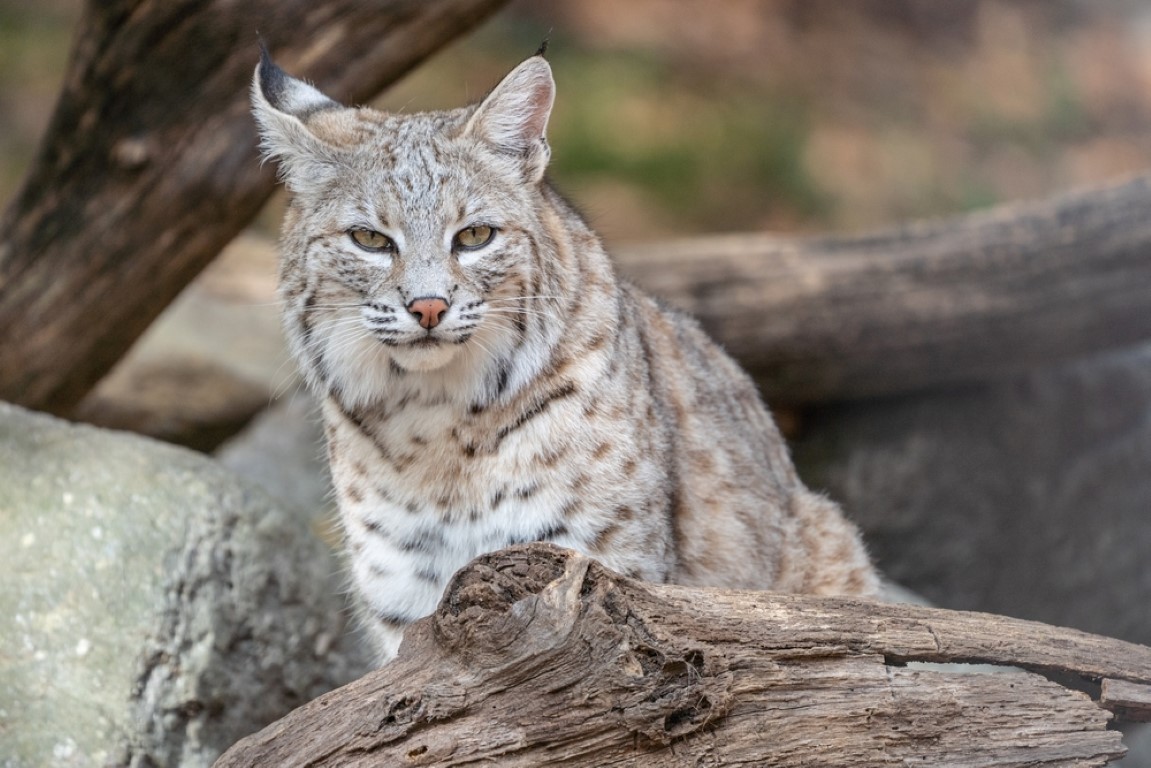 The Sundial Bridge is also part of the Sacramento River Trail system, a five-and-a-half-mile paved loop that goes around the Sacramento River and affords walkers, joggers, hikers, cyclists, and even horseback riders the opportunity to take in the natural beauty of the river, the breathtaking hills, landscapes, and dam, and the indigenous wildlife.

It’s a great place to experience all of the outdoorsy wonder of the Redding area. Electric bicycles can be rented at the Jefferson State Adventure Hub, located a street down from where the trail meets Caldwell Park.

There are many options of getting to the Sacramento River Trail, as it connects to many parks and landmarks in the area, including by the aforementioned Turtle Bay Exploration Park. 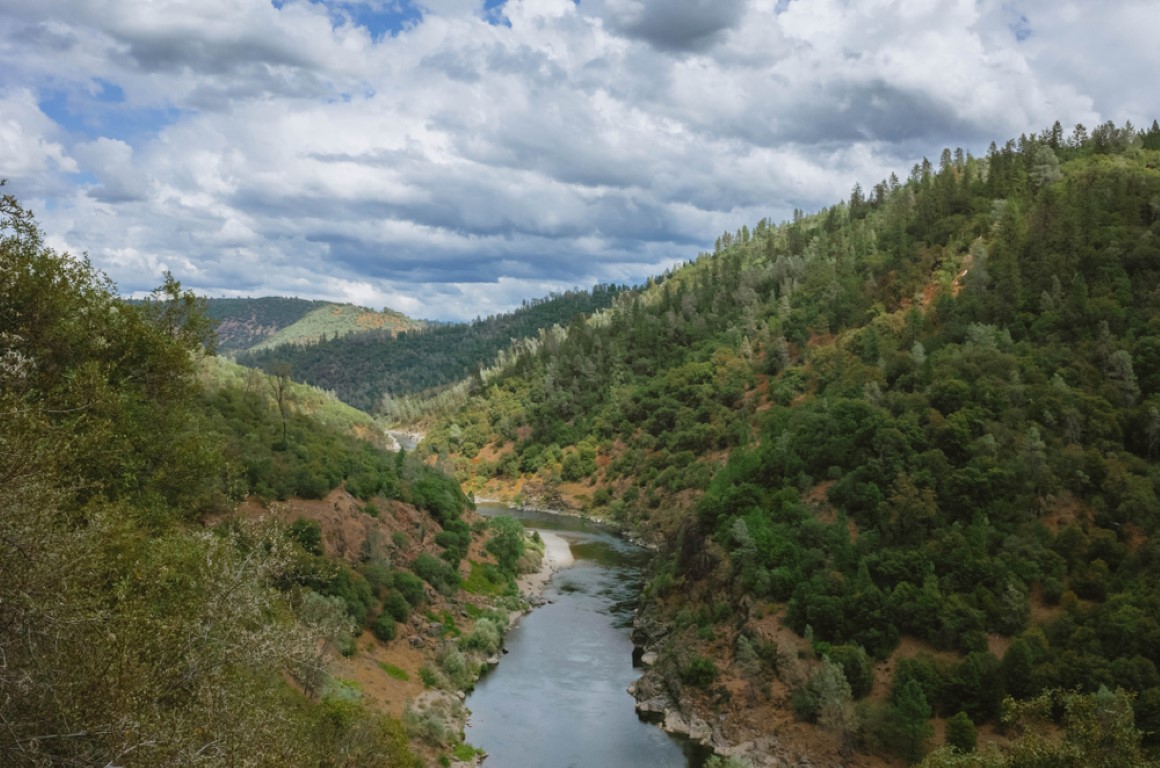 First built in the nineteenth century, the Behrens-Eaton House Museum is a historical house that is a glorious example of Victorian architecture in the Redding area.

What is now the museum used to be the dwelling of Richard Behrens Eaton, a judge of the Superior Court, who after his death bequeathed his home for this purpose, in order to share the building and his and his family’s history with both visitors to and residents of Redding.

The museum’s scope in later years also grew to encompass Victorian housewares and furniture, antique clothing, artefacts from various wars, books, information about the Eaton family, and more. It is now a fantastic place to learn about the history of the city, as well as how it was run long ago.

Admission to the museum is free, making it an excellent and educational family outing destination. The museum is located at 1520 West Street, and is open on Tuesdays, Wednesdays, and Saturdays. You can reach it by going down West Street and turning west. It’ll be the first driveway you see on your right. 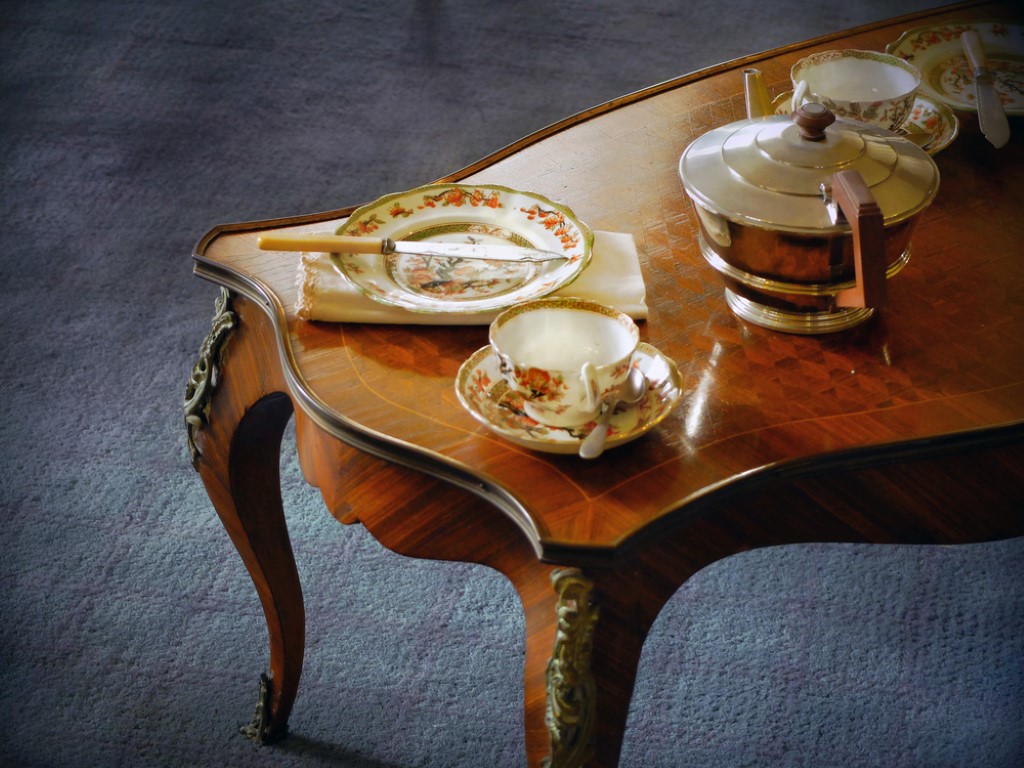 One of Redding’s biggest surprises, particularly for art lovers, is that beyond just being a local governmental building, Redding’s City Hall is also home to the city’s biggest and most expansive art gallery. This three story building, which is about one hundred thousand square feet long, boasts more than five hundred feet of gallery space.

Meanwhile, outside City Hall, as part of its campus, is the beautiful Sculpture Park at City Hall, which also has a combination of permanent fixtures along with temporary exhibitions, providing a picturesque area for both locals and tourists to stroll and take in the culture while also experiencing the fresh air and greenery.

The Sculpture Park is also a lovely place to take a picnic and have a nice leisurely afternoon out with the family or loved ones.

In order to visit the Redding City Hall and Sculpture Park, take the I-5 to E. Cypress West over the Sacramento River. City Hall is on the left, just past the Crown Ford. 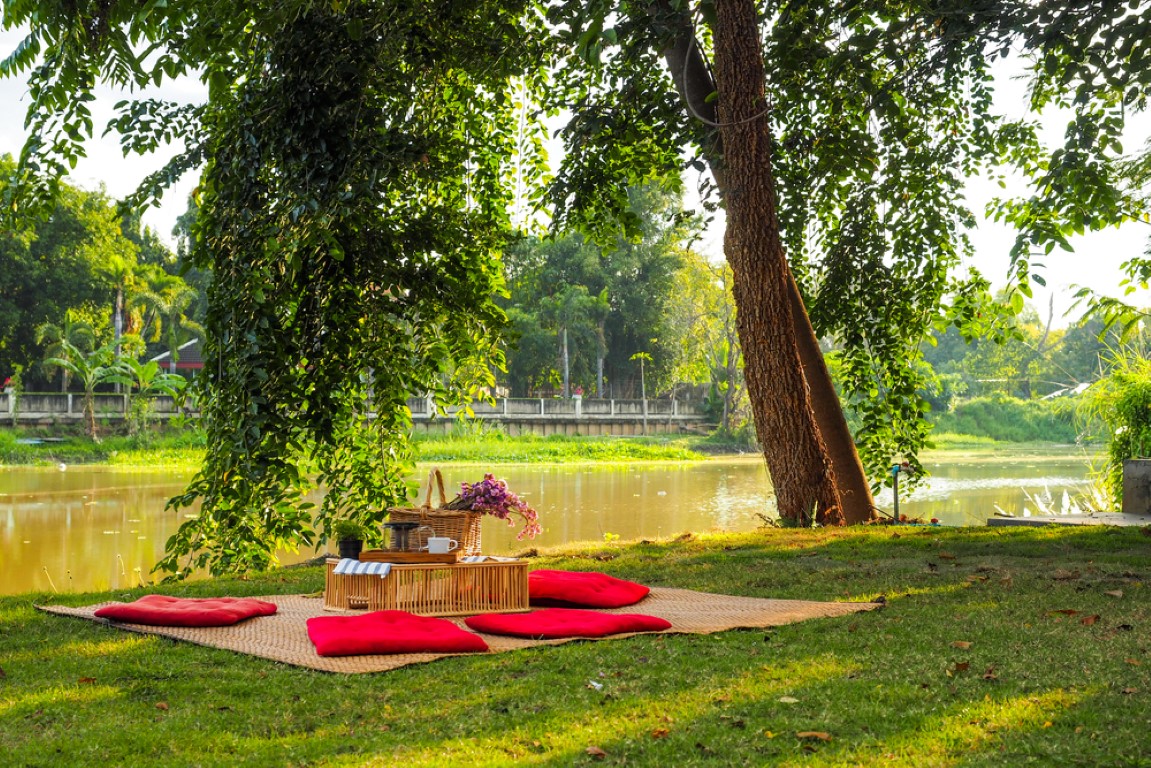 In addition to all of the beauty of the outdoors on display in Redding, the city is also home to a historic entertainment venue, namely the Cascade Theatre.

Originally built in 1934 as a cinema and years later converted into a traditional performance space, the Cascade Theatre still boasts a striking historic marquee covered in neon lights that is one of the major landmarks of Redding’s downtown area thanks to its iconic Art Deco style.

When the cinema first opened, it had over thirteen hundred chairs and was the first public building in Redding to boast air conditioning. In 1979, the huge space was divided into four cinemas. After closing down in 1997, however, it reopened seven years later in 2004 in its current form with an auditorium fully restored to its former glory.

Today, the Cascade Theatre hosts everything from big Broadway musicals to drama, both classic and modern, to concerts featuring touring celebrity musicians, classical concerts, dance, and many other sorts of performance and public event. Both its stunning décor and the culture it provides make it an unmissable place to visit when you’re in Redding’s.

The Cascade Theatre is located on 1731 Market Street in beautiful Downtown Redding. 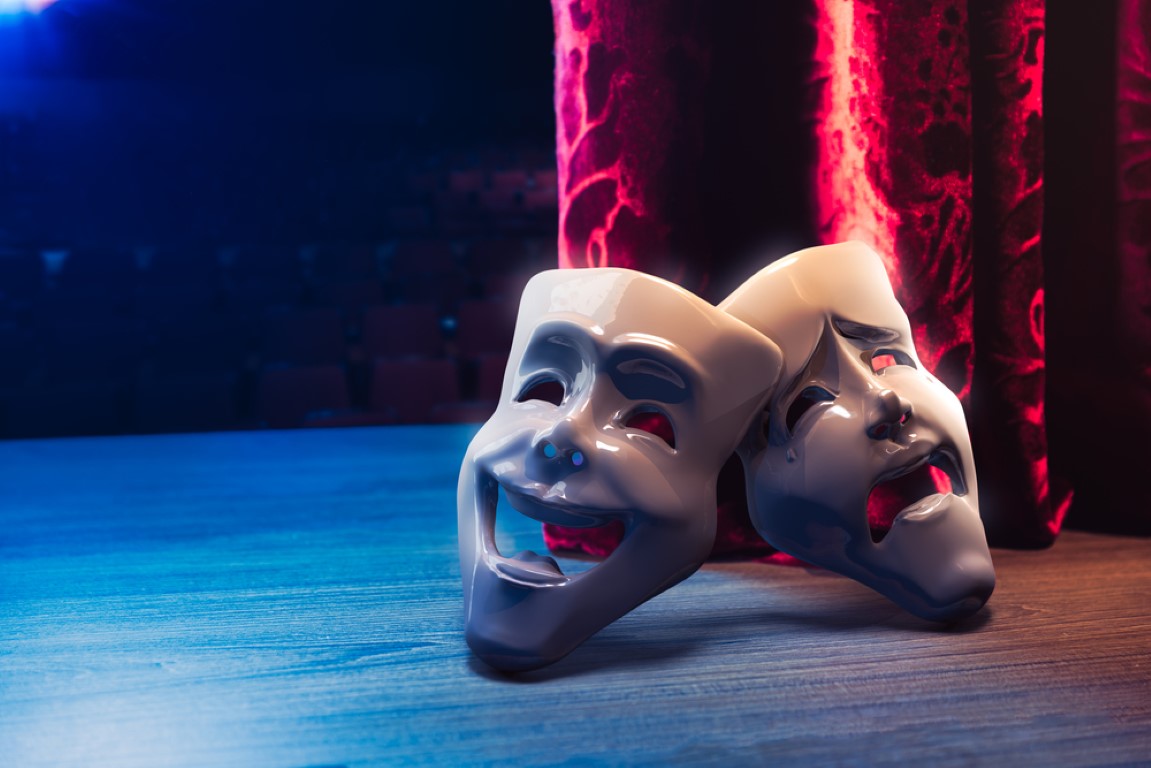 Although technically outside of Redding, Lassen Volcanic National Park is such a popular, relatively close visitor destination that Redding includes it on their tourist site. For the more adventurous people, Lassen Volcanic Park is known for breathtaking sights, along with hot springs, mud pots, steam vents, and, you guessed it, volcanoes.

Home to the largest lava dome volcano in the world and cinder cone, composite, and shield volcanoes, it contains every type of volcano known to man.

Amongst the volcanoes are the world’s biggest lava dome volcano, along with shield, composite, and cinder cone volcanoes. It also has the Cascade Mountains’ highest peak.

Less than an hour away from Redding by car, Lassen Volcanic Park has a trail system that’s over one hundred fifty miles long. The trails include Devils Kitchen, Echo Lake, Lassen Peak, and Pacific Crest trail, which spans the entire country but seventeen miles of which are located within this park.

Some of the hiking areas are snow-covered all year round, and in addition to the hiking throughout the year, the thirty feet of snow that the park gets each winter makes it a skiing and snowshoeing destination that time of year. The park is also famed for its stunning nighttime views, making it perfect for camping and stargazing.

The main way to drive through the park is via the Lassen Volcanic National Park Highway, with the best GPS locations being the Loomis Museum and the Kohm Yah-mah-nee Visitor Centre. 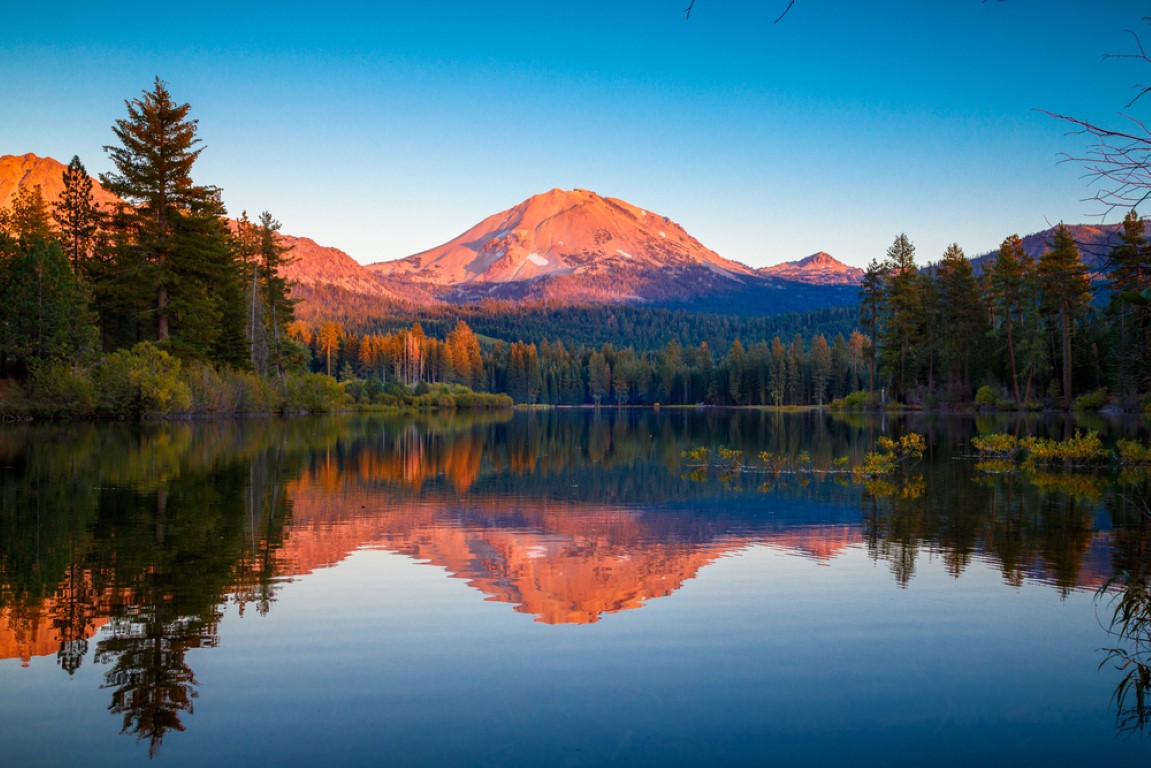 Located within five miles of the center of Redding lies Shasta State Historic Park, which is a historic ghost town of what was once, during California’s Gold Rush, a bustling, thriving area. It was a crucial center for commerce at the time, as well as a key trade nexus for stagecoaches and mule trains. Gold was found nearby in 1849, and most prospectors operated from there.

Old Shasta eventually became a ghost town when Redding was selected to get a railroad stop, forcing businesses to move there.

Walking around, you’ll see such remaining brick establishments as a brewery and blacksmith’s, in addition to a number of old shops, surrounded by historical plaques giving information and context, that give you a real sense of what the town was like in the mid-1800s. It really feels like stepping into a moment in history.

Shasta State Historic Park is located on the same highway as the Whiskeytown Recreation Area. You can pull to the side of the road and stop for a visit on your way. 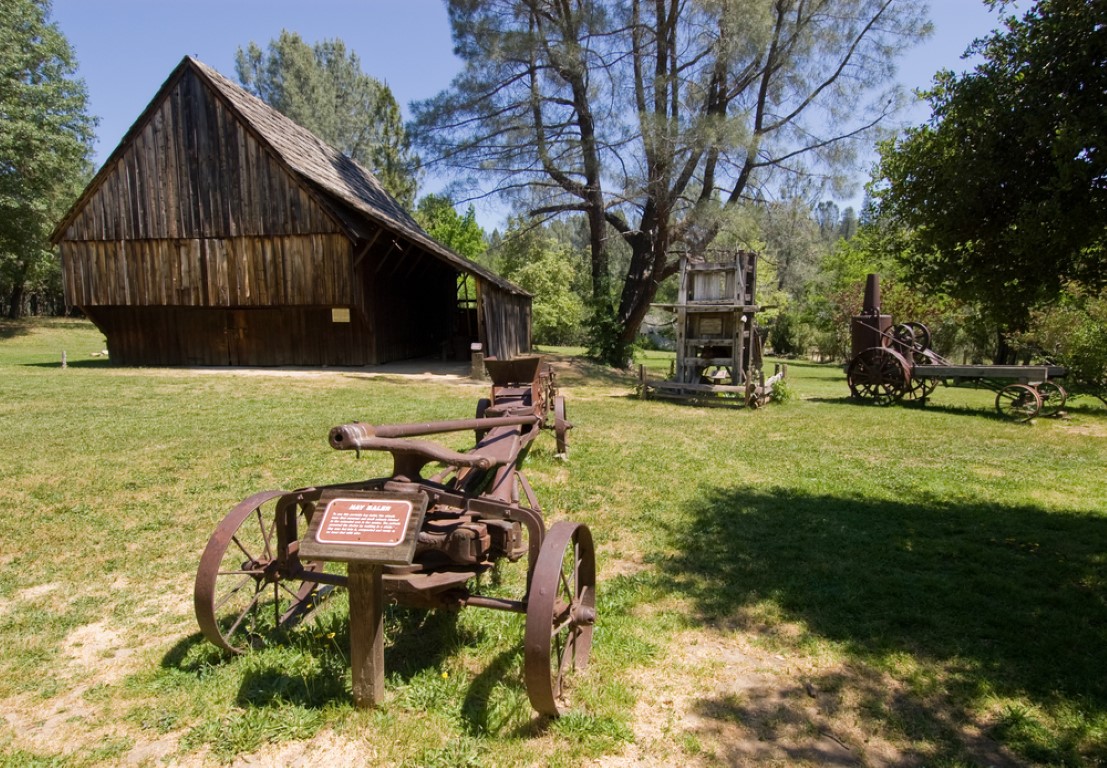 Due to this, it’s a popular destination for water-based activities such as boating, swimming, and fishing, while the vast expanse of the land also makes it perfect for walking, jogging, horseback riding, biking, and naturally hiking, particularly thanks to four breathtaking waterfall trails specifically designed for that purpose.

The Whiskeytown National Recreation Area is located at the juncture of Sacramento Valley and the Klamath Mountains. 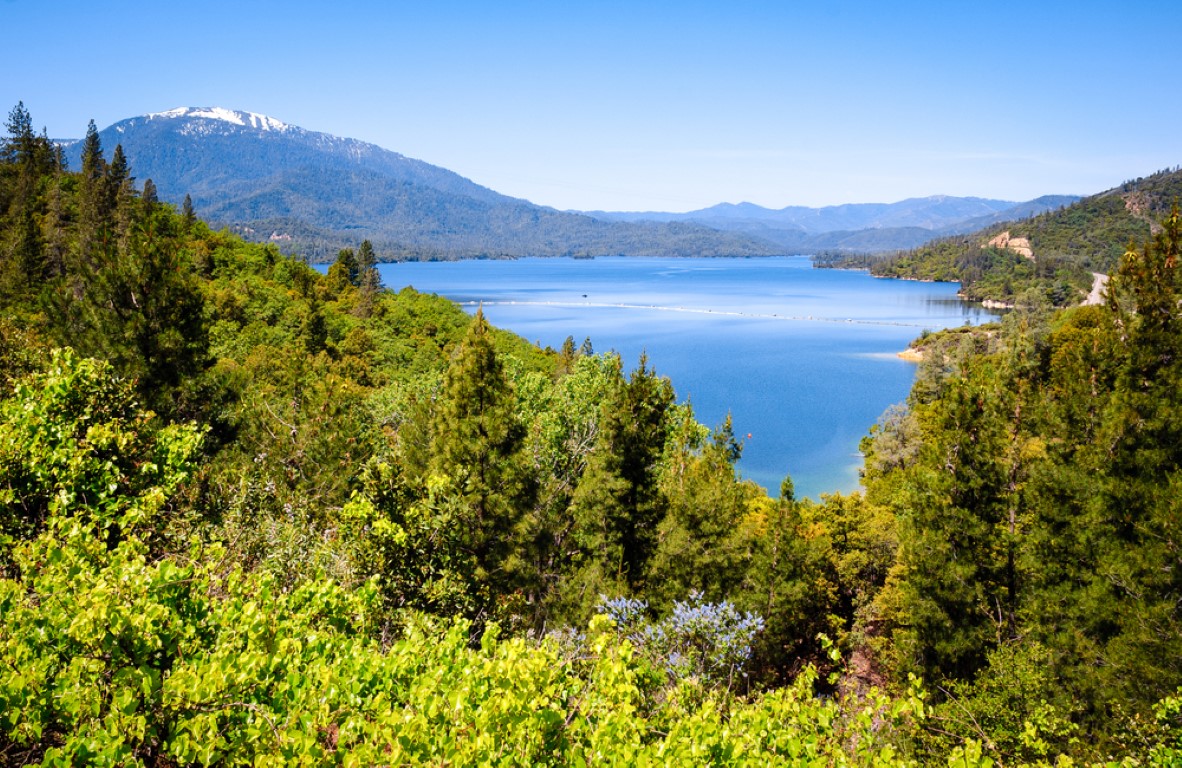 Just a short drive from Redding is the Shasta-Trinity National Forest, which covers more than two million acres of land, and is a perfect place for nature lovers to explore and revel in the natural world.

Its trails go through six thousand foot mountains and forests, and by various bodies of water, such as streams, rivers, and lakes, so everything from camping to fishing to hiking is available to the outdoorsy type.

The area has several hot springs which are worth visiting, such as the well-known Hunt Hot Springs. They consist of a series of natural hot tubs ranging from 100 to 117 degrees Fahrenheit in temperature (37 to 47 degrees Celsius).

California is really blessed with hot springs, such as these in Santa Barbara. Hunt Hot Springs are only a 40-mile drive out of Redding and are among the most popular natural hot springs in California, so they are well worth a visit.

Backpacking and mountain climbing are other popular activities here, in addition to both cross-country and downhill skiing and snowmobiling in the winter months.

Shasta-Trinity National Forest is located just north of Redding, California and there are numerous entrances to the park facilities.

Redding, California offers a gorgeous, vibrant area to explore on your next family vacation. With plenty of cultural activities and natural beauty, yet still not overwhelmed by crowds of other tourists, look no further than Redding, California. Book your trip today!

This article was contributed by Lorena Maia, a blogger and traveller. Lorena loves discovering new places and cultures. She has lived in 3 different continents with her husband: Europe, America and Australia. She shares all her experiences and travel tips on her site, Travelcroc.com.