Visiting the Best Museums in Dallas 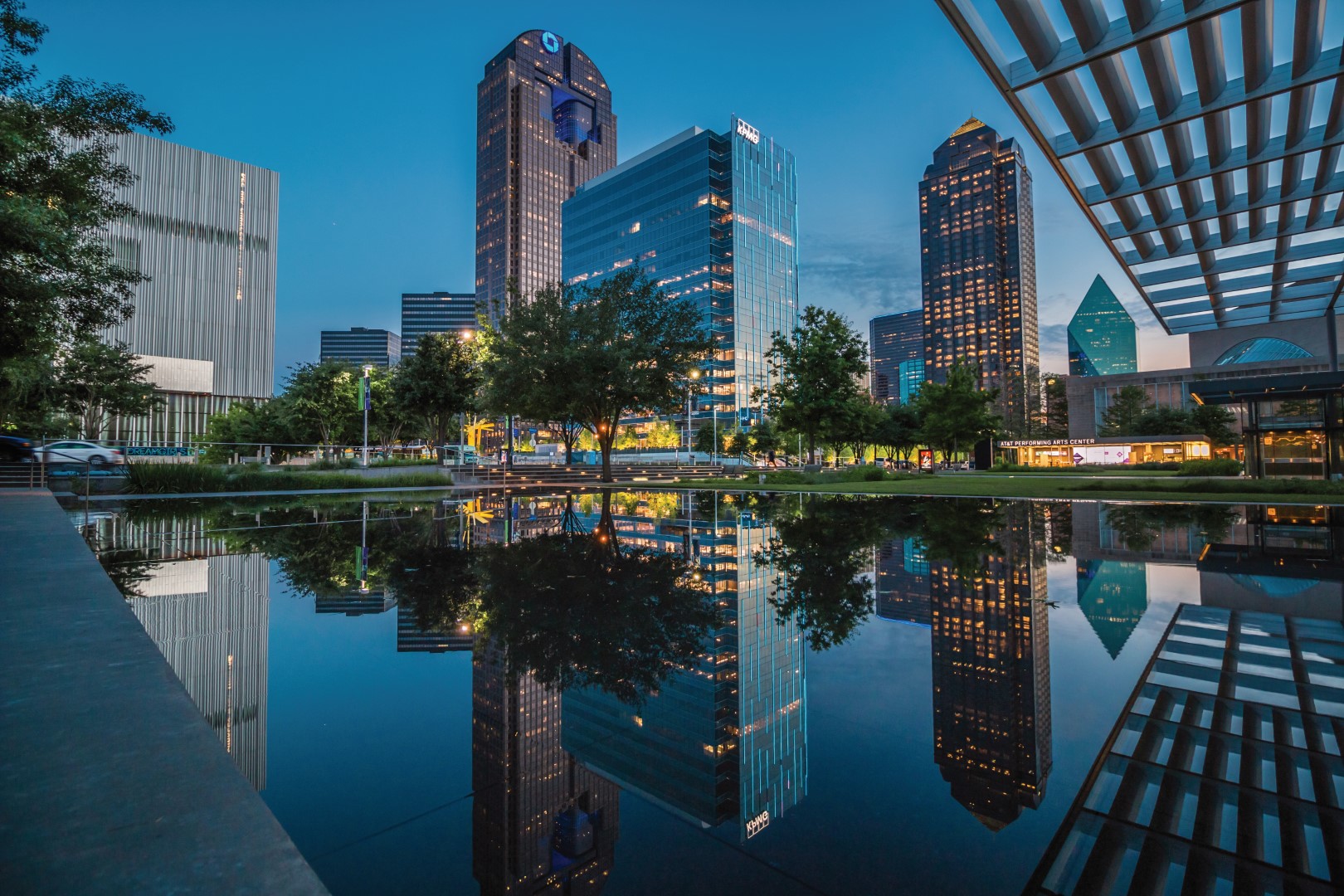 Texas is home to several dozen incredible museums, each of which cover an array of captivating and fascinating topics; from the Children’s Museum of Houston to the National Museum of the Pacific War. Dallas, Texas boasts one of the richest museum and arts scenes in the U.S., which grab tourists’ interest like nothing else. Between its museums and unique festivals, including Soluna and Aurora, the famous downtown Arts District in the city has continually been praised (and also voted) as one of the leading destinations for art buffs. Whether you are interested in history, art, science or nature, these family-friendly and exquisite museums in Dallas offer the perfect activity for hot and humid summer days. Providing engaging and interactive educational and informative experiences for museum-lovers of all ages, these are some of the best museums you should visit in Dallas. 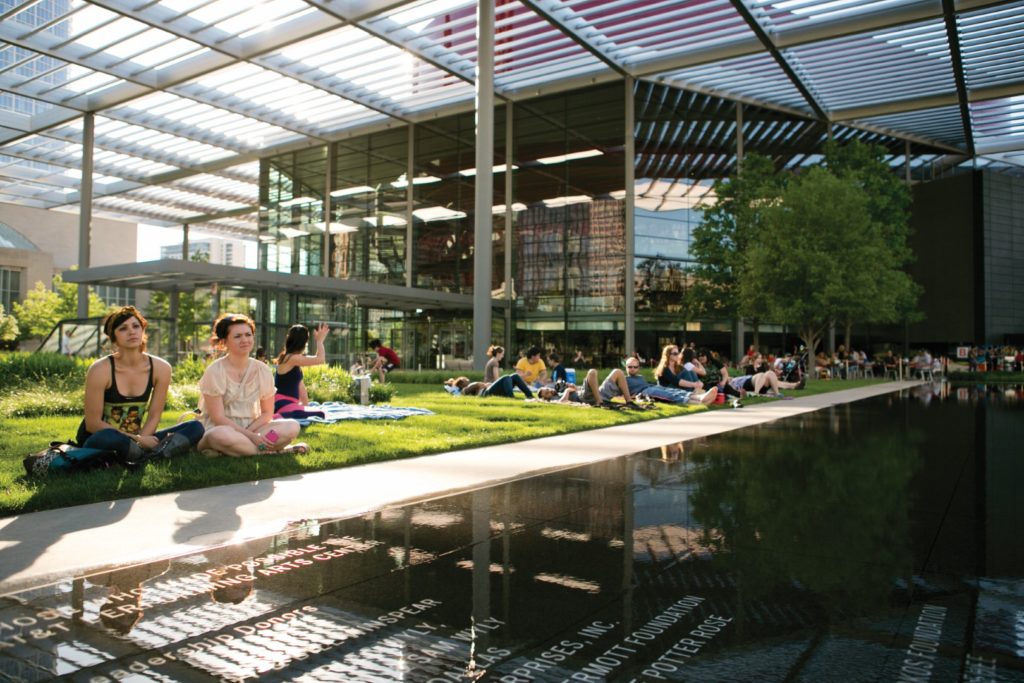 The Dallas Arts District is one of the city’s most popular areas (Photo copyrighted by Carter Rose, courtesy of Visit Dalls)

Exploring the life, legacy, and assassination of the great President John F. Kennedy, this museum at the monumental Dealey Plaza is an incredible and one-of-a-kind multi-media experience for tourists within the historical context of the political and social landscape in the 1960s.

The Sixth Floor Museum reflects on the tragic events of November 22, 1963, when the gun of Lee Harvey Oswald echoed through Dealey Plaza, causing chaos.

This historic green space in downtown Dallas is now immortalized with a wide variety of exhibits which detail JFK’s presidency, life, and assassination on the 6th floor of the ex-Texas School Book Depository.

In this museum, you will find touch screens which detail the various events of the tragic day, along with audio guides and live streaming webcam. 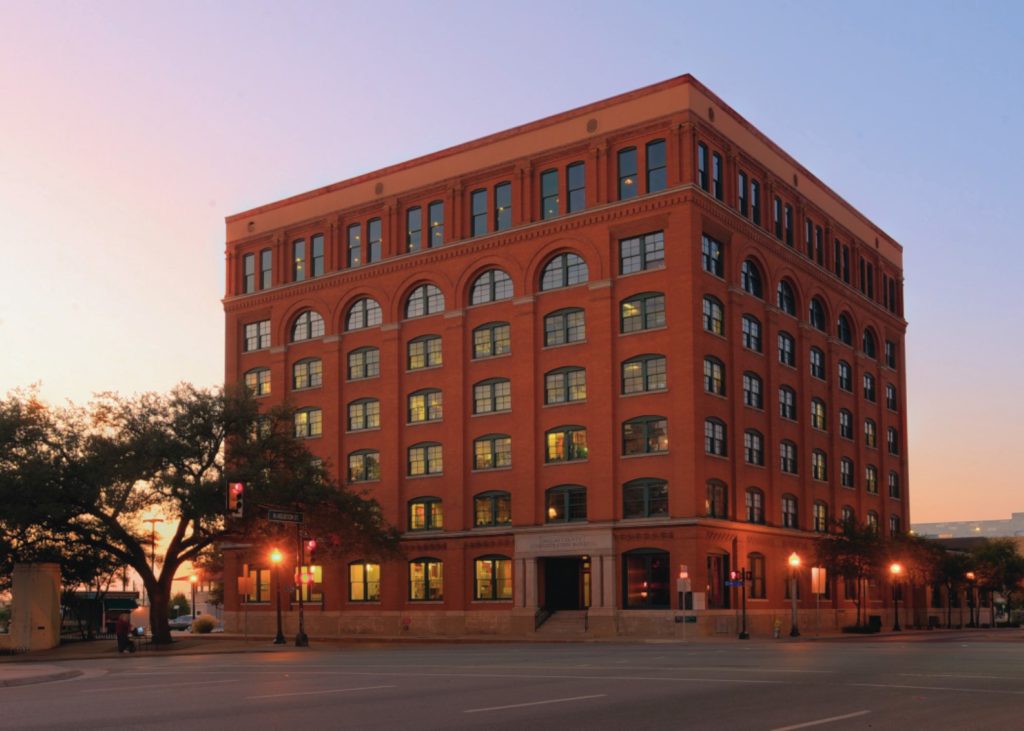 The Dallas Museum of Art in Downtown Dallas features an extensive collection of art and ornaments which embraces everything from classic European paintings to modern sculptures. Stunning limestone galleries elegantly spiral from the center of the museum and ensure outstanding viewing and easy navigation for the visitors. 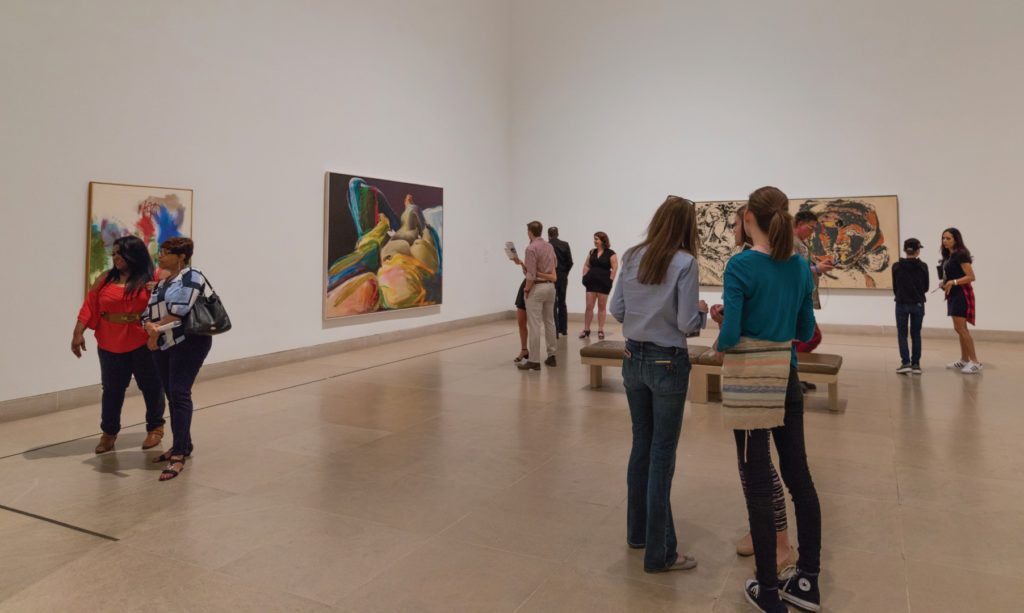 Inside the Dallas Museum of Art (Photo courtesy Visit Dallas)

The museum has much to offer. There are several notable international exhibits, like the famous Ancient American Art collection which has masks from the ancient Olmec culture. The museum has ancient Mediterranean art to 20th century American and European art and works by famous artists such as Pollock, O’Keeffe, Warhol and even the great Van Gogh. In case Impressionism is your thing, then check out a few works by masters such as Paul Gauguin and Edouard Manet.

The museum also has a variety of rotating exhibitions on the display, along with a broad variety of some fabulous permanent collections, like the Ancient Mediterranean art collection and African collection. You can’t miss a trip to this amazing museum. 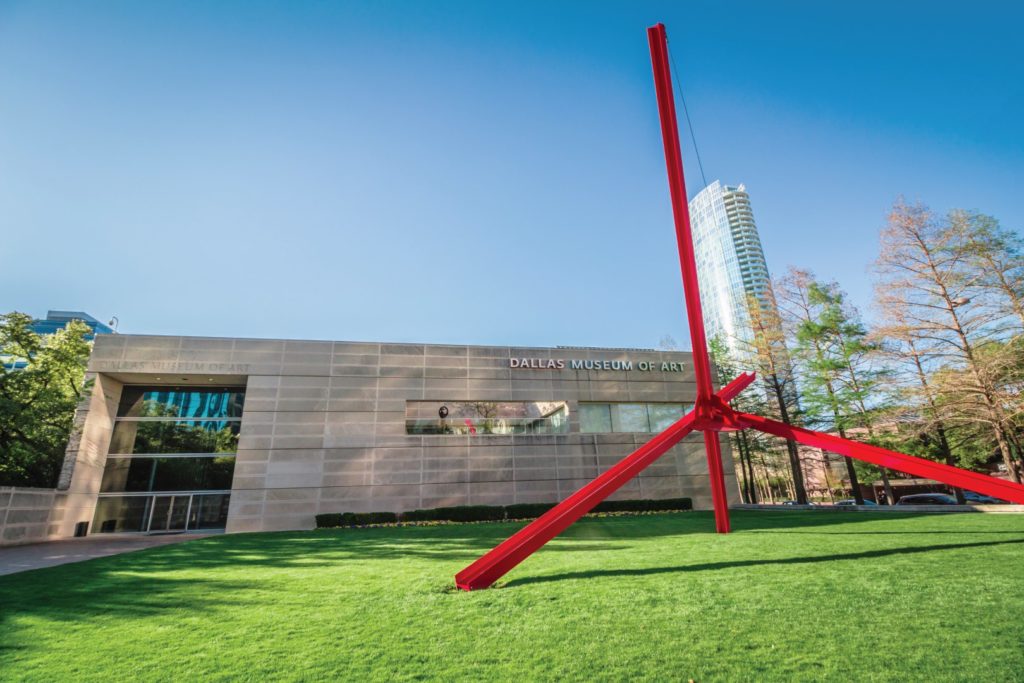 Perot Museum of Nature and Science

Within the confines of the contemporary Perot Museum of Nature and Science sits a technological, scientific, and naturally historic world open for exploration. Some permanent and popular exhibits include a being human hall, sports hall, and an engineering, instruments, and innovation exhibit.

There is also a great in-house movie theater which only screens various National Geographic films, varying in topics. Visitors are greeted gracefully by a “dancing water” molecule exhibit and Malawisaurus dinosaur fossil in the museum’s lobby.

It is an awesome place for children, as Perot Museum now offers sleepovers, camps, birthday party programs, art programs, story time, and a lot more. However, it does not matter whether you are a kid, adult, teenager or a senior, there is something for all at Perot.

A majority of museums in this area educate visitors on the rich history of Texas; however, Perot Museum is different as it teaches the history of the entire world and also shows where our civilization might be soon. 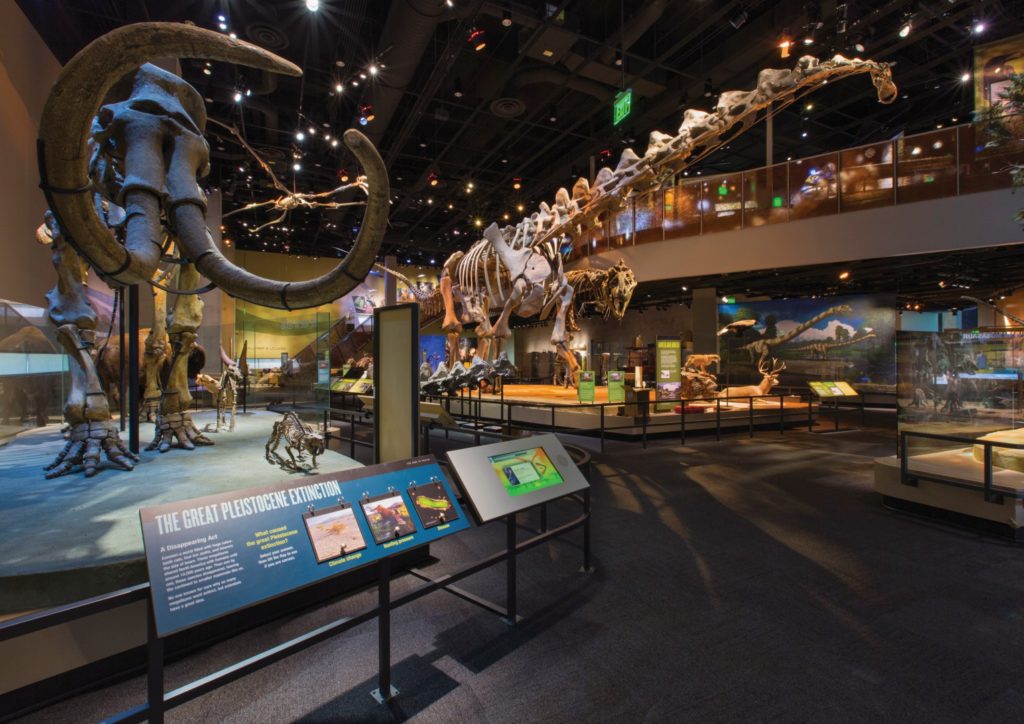 Initially, an ancient courthouse constructed in 1892, the much-loved Old Red Museum of Dallas County History and Culture is now home to a lot of Dallas’ culture and history you won’t find anywhere else.

This museum is made of the very bright red sandstone. It also features many exquisite architectural features, such as a clock tower, terracotta serpents on its roof, stained glass windows, and a grand staircase, among others.

An eclectic and grand collection if there ever were one, this museum has everything from fossils (which represent Dallas’ prehistory) to Lee Harvey Oswald’s handcuffs and Tom Landry’s fedora.

Old Red, as the museum is now affectionately known, provides many programs for both youth and adults; it is also a popular venue for special events. 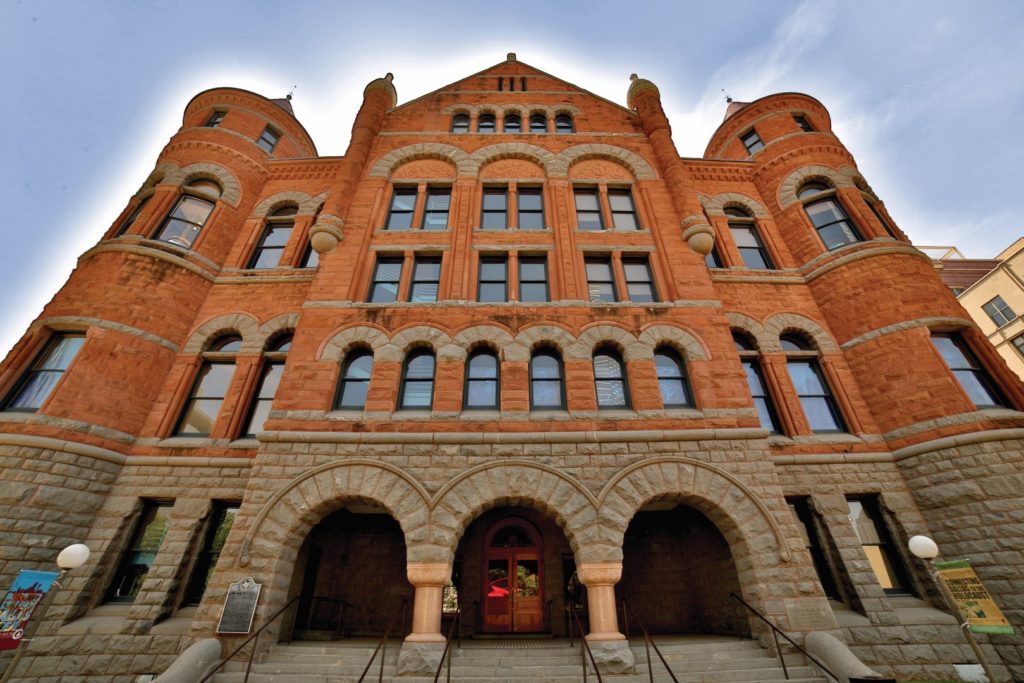 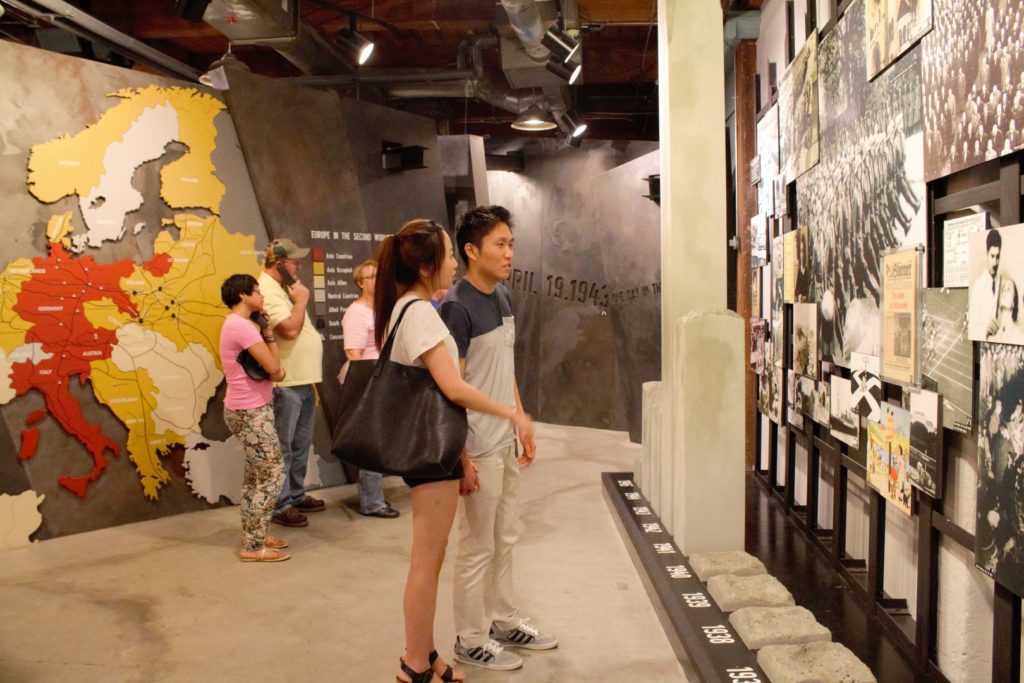 The museum features various self-guided audio tours and a wide collection of memorabilia from the tragic Holocaust. It features artwork showing life in many concentration camps, a museum, and a library.

Volunteer survivors, by request, are available to recount their stories and experiences. This museum often presents special and engaging lectures from different World War II veterans along with those who endured the atrocities and horrors of genocide first-hand.

Keep in mind that because of the  nature of some subject matter, several portions of these exhibits aren’t recommended for young kids. That said, the Dallas Holocaust Museum is an essential education when it comes to hope, humanity, and courage. And, please do not miss the famous Garden of Remembrance when concluding your tour. 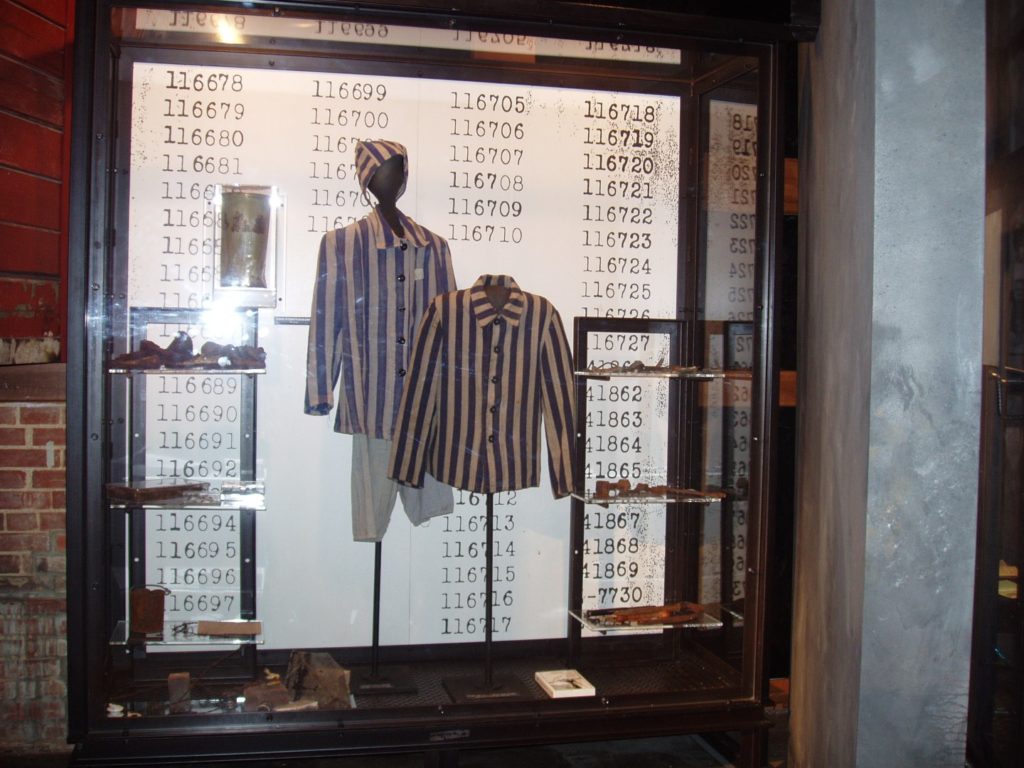 Our Picks for Some of the  Top Museums in Dallas

These are my picks for best museums in Dallas. The city also has incredible culinary, sports and outdoors scenes. 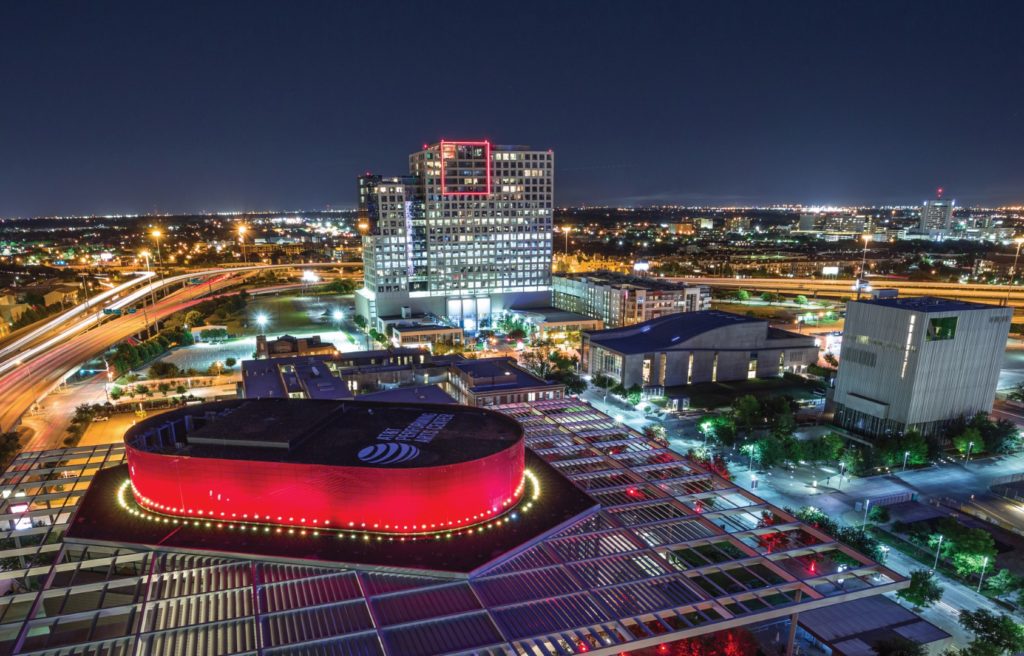 Jenny Harrison is a passionate technology and lifestyle blogger. She loves to engage with readers who are seeking tech, home, lifestyle-related information on the internet. She is a featured blogger at various high authority blogs and magazines in which she shared her research and experience with the vast online community. Currently she is associated with White Duck Outdoors, an online camping tent shop that offers top quality bell tents, canvas tents, outfitters tents and other outdoor camping gears.