5 Best Places to Visit in Bangkok 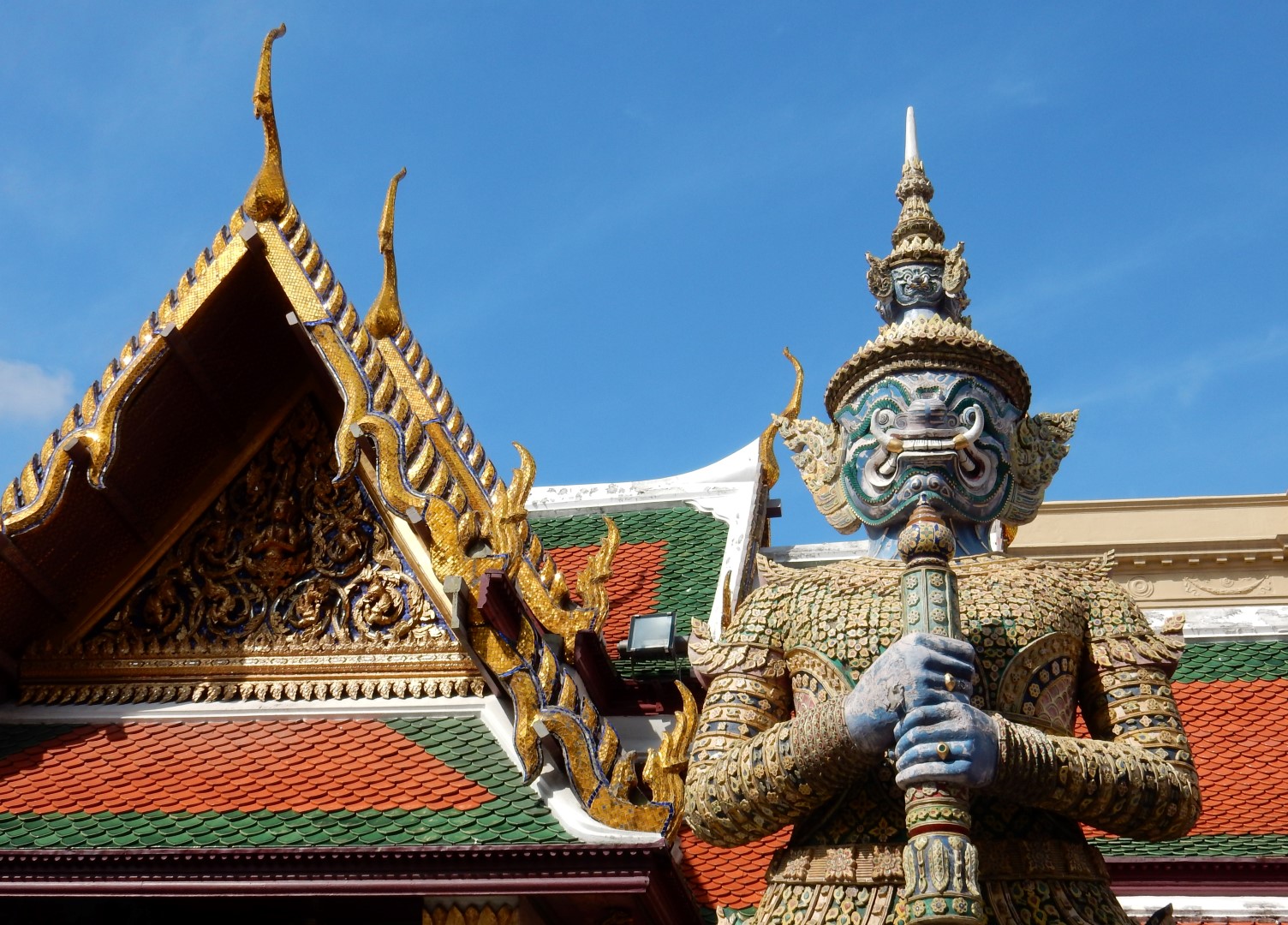 Thailand’s capitol city, Bangkok, is in my opinion, the most terrific spot to visit in Southeast Asia. Every traveler going to Thailand should not skip this glorious city. On the Internet you will find all kinds of information. And some will tell you that Bangkok is an asphalt jungle where traffic and pollution predominate. But in reality Bangkok is a city that has a lot to offer tourists. There is just so many places to visit in Bangkok.

Bangkok is the biggest city in the Land of Smiles, and also a multicultural place full of ancient temples, stunning palaces, glittering clubs, bustling markets and strangers. Bangkok is a city packed with street vendors offering souvenirs and some of the best food you will ever taste. The majority of Bangkok’s points of interest are situated within Rattanakosin Island, also known as the Old City. But it’s also a diverse city of neighborhoods. Here are some of my favorite Bangkok sights and ways to get there. 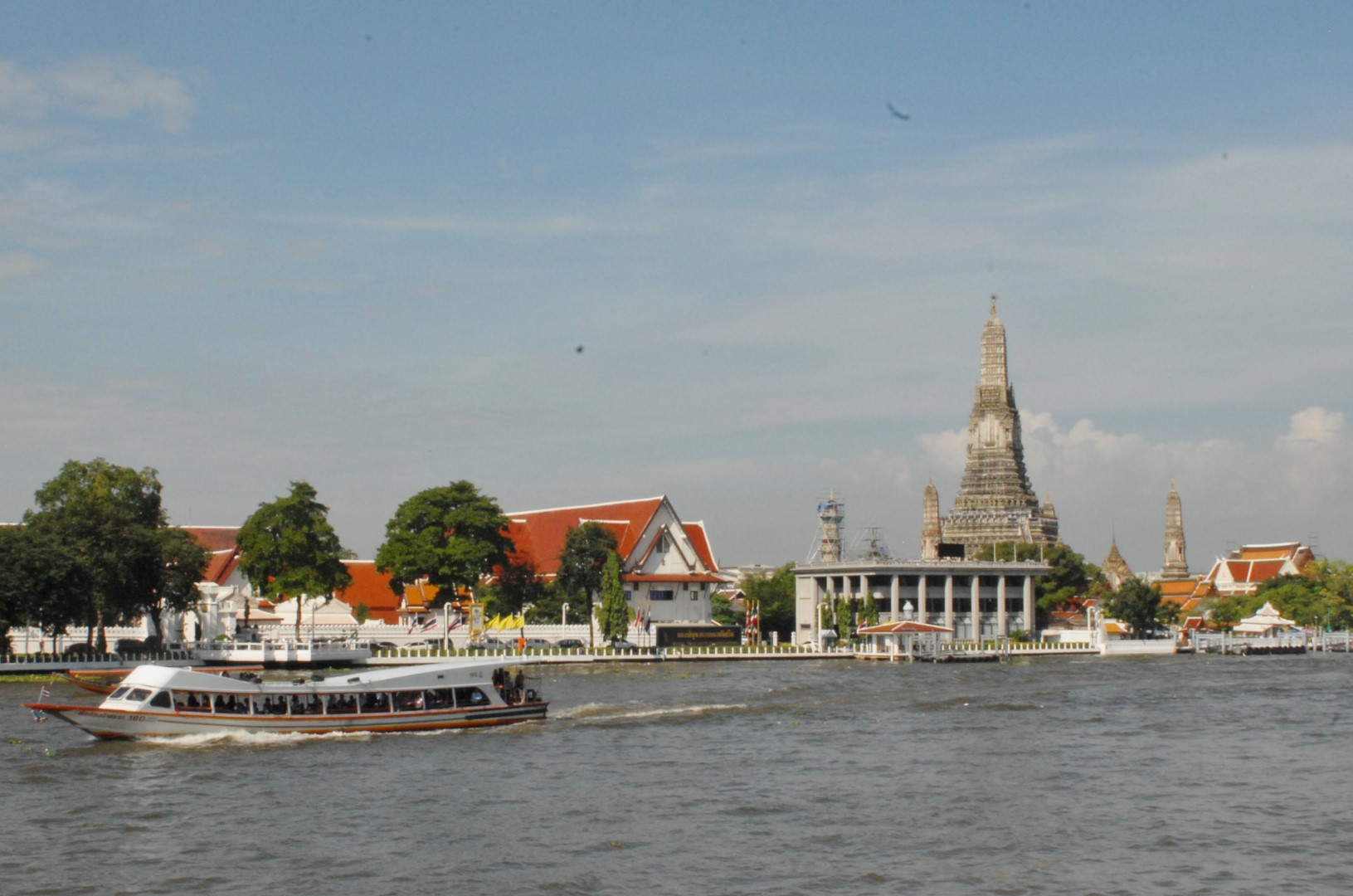 Ride the river buses on the Chao Phraya both to get from place to place easily and inexpensively, as well as for the views (Photo by Nancy Zaffaro)

Probably your Bangkok trip would be incomplete if you don’t pay a visit to the Grand Palace, perhaps the top of the places to visit in Bangkok. Protected with an abundance of gold and greenery, the gold palace is an extraordinary complex of finely-decorated buildings, statues & courtyards. The Grand Palace had served as the residence of the kings of Thailand for over ten decades. Although the Royal family doesn’ stay here in more, it’s still used for ceremonies. In May 2019, the coronation ceremony of King Rama X  was held here, and in December 2019, the post-coronation procession yet again took place inside the Grand Palace .Since major part of the the Grand palace  is filled by temple buildings, So a strict dress code is needs – it is prohibited to enter the palace in shorts and T-shirts.

Getting There: The Grand palace lies in the historical part of Bangkok. You can  take the metro to Taksin Station, and after that get a scheduled boat along the river to the No. 9 Tha Chang pier on the Chao Phraya River. 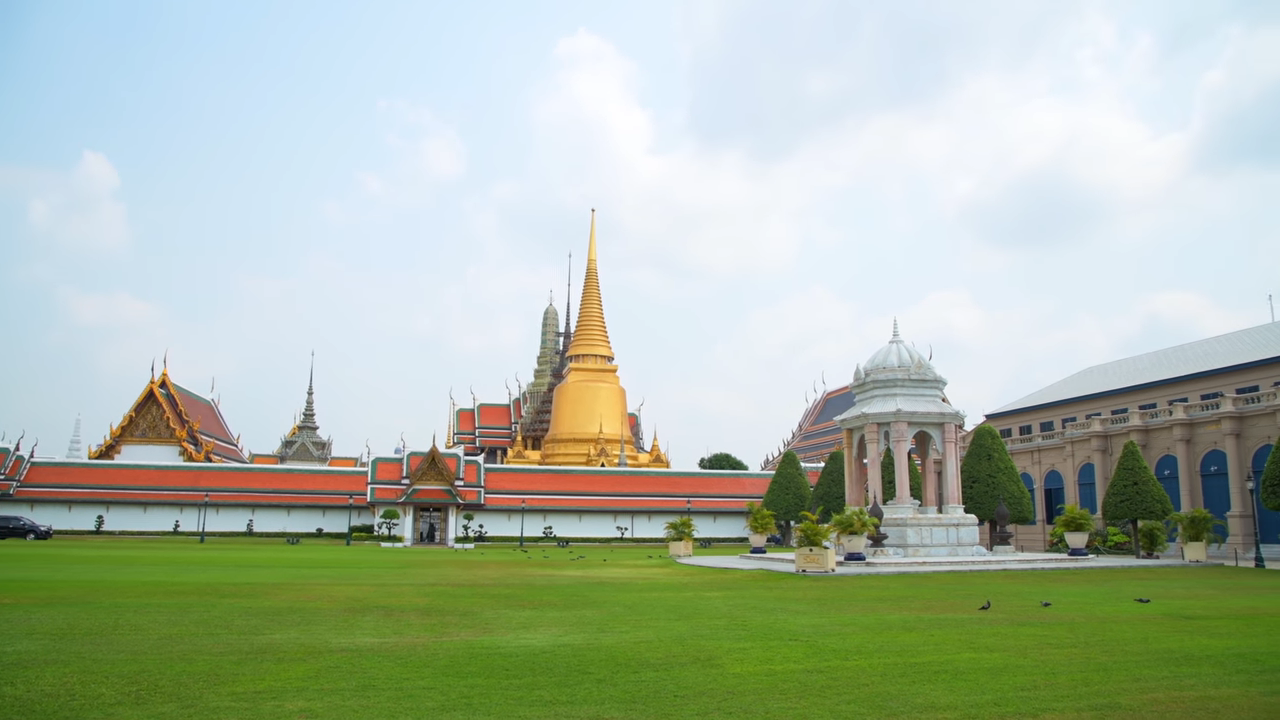 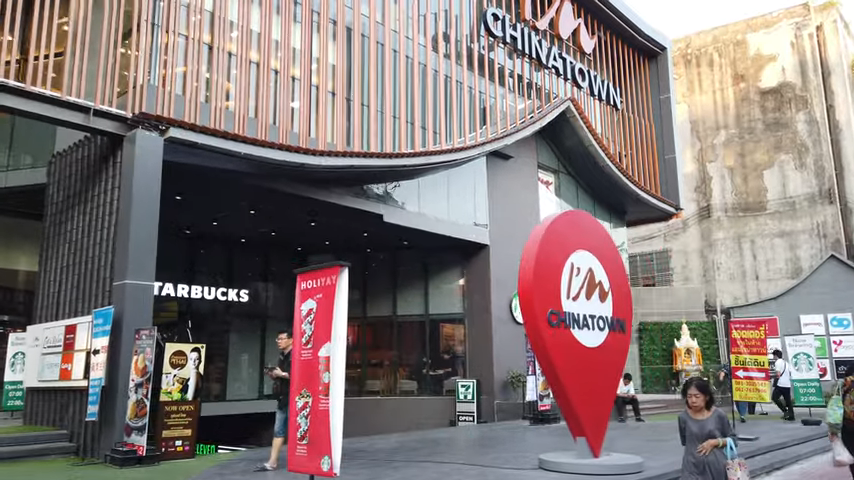 Bangkok’s Chinatown is  an area where you can test tasty snacks and a number of other Chinese and Thai street food. There are hundreds of food stalls in Chinatown. If you love cooking, you can book a cooking class at an affordable price. These features draw a great among international travel to book accommodations here as it’s one of the best areas to stay in Bangkok particularly with family without even spending lots of money. Chinatown is situated near the CentralSstation, so getting around is also easy. 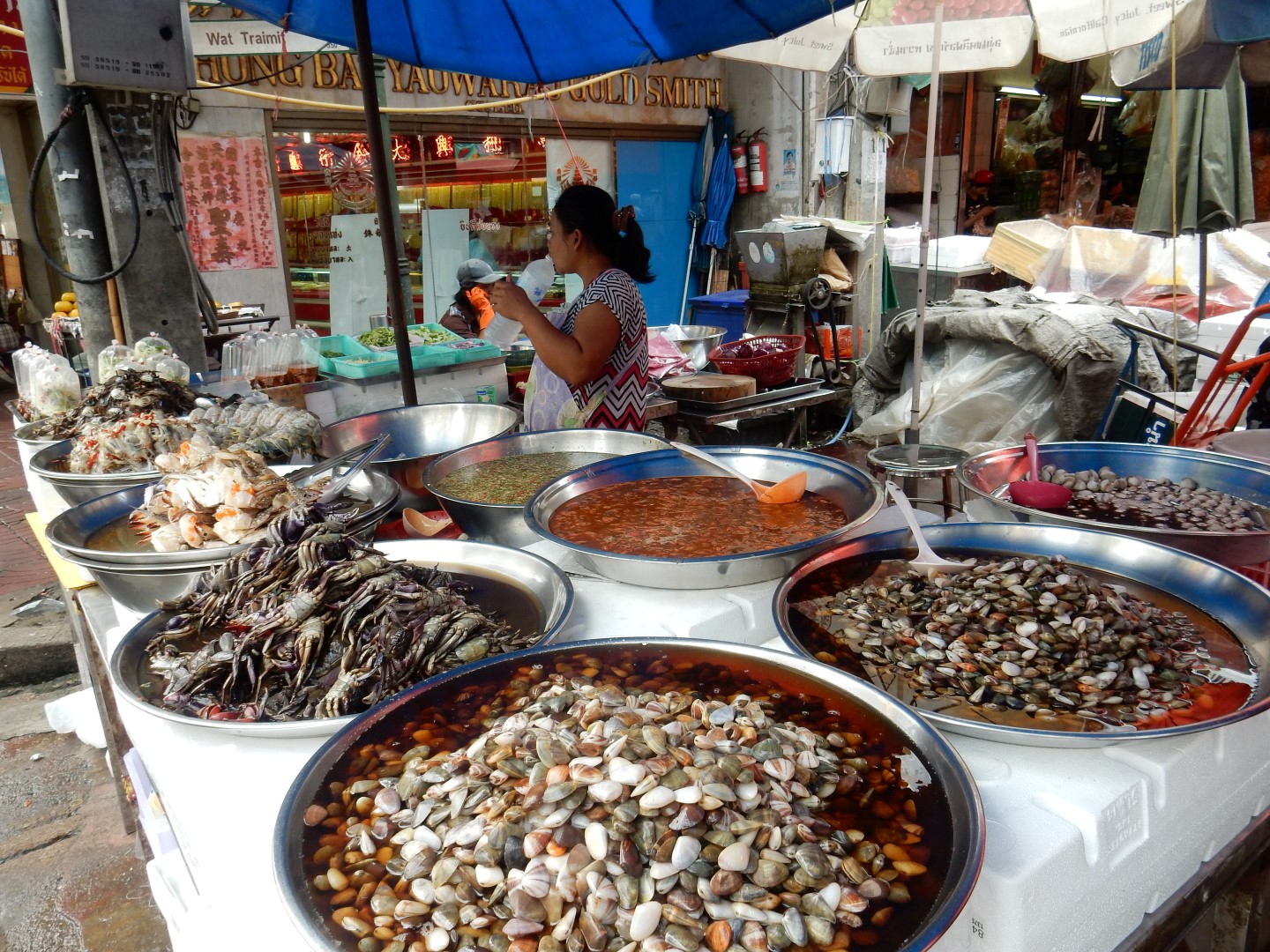 Going to the floating markets is definitely a intriguing and unusual experience, particularly appropriate for those who are traveling in Asia for the first time (beach holidays do not count). At the floating markets, you can not only see vibrant pictures and take a lot of fascinating photos, but in addition taste delicious Thai food. But Bangkok is much more than it’s floating markets and one of the best is Chatuchak Weekend Market. This is biggest market in Thailand; at an area of more than 100,000 square metres. Spread across over 35 acres and holding up to 15,000 shops and booths, it’s not just a not-to-miss spot for tourists – it’s difficult to miss. And even if you’re not too interested in shopping and negotiating, it’s likewise a great place simply to walk about, people watch or just take in the atmosphere.

Getting There: Get on the Skytrain (BTS) to Mo Chit station, consider exit no. 1 and stick to the crowd until you see a series of fabric stalls selling clothes. Turn right while continuing to follow the crowd and you’ll see a tiny entrance that leads into the market (clothing section). 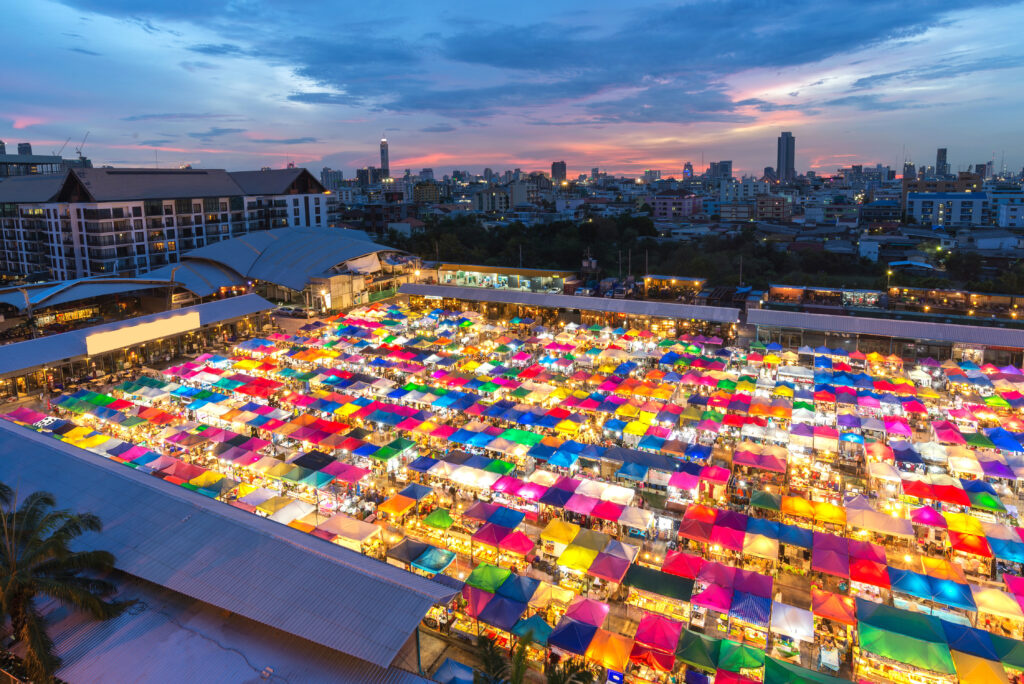 Chatuchak Weekend Market, one of the most fun places to visit in Bangkok (Photo by Kim Aroon)

Bangkok is a bustling and congested city. Soon or later you would like to spend some time away from the Bangkok noise. It is possible to relax and be in relative silence by having a visit to Lumpini Park (also spelled Lumphini Park.) You wouldn’t find many tourists here. But be prepared that a few of the local inhabitants of the park, for instance, cats, dogs, lizards or turtles, can join the meal). Here, in the park, you are able to take a catamaran and ride on the lake. Named after the birthplace of Buddha, it was built in the 1920s, serving as a museum, and even a Japanese army camp, during its colorful history. Entry is free.

Getting There: You can reach Lumpini Park in several ways . By MRT underground from Sukhumvit Station, leave at either Lumpini or Silom Station (three or four stops.) By BTS SkyTrain at Asok Station, go to Siam Station and change to BTS Silom line then continue to Sala Daeng Station. 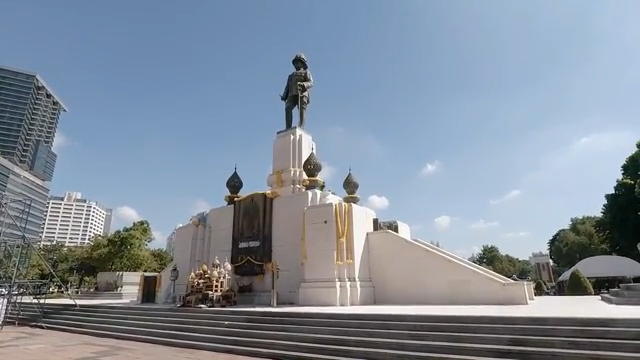 Lumpini Park is a lovely oasis in the bustling city of Bangkok, a city of 8.28 million (Photo by Kim Aroon) 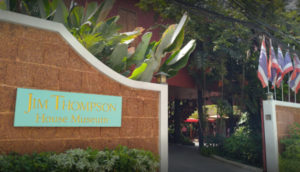 Jim Thompson House is the former home of the late James H.W. Thompson, an American businessman who devoted over 30 years of his life to restoring Thai silk in the 1950s. He went missing in Malaysia back in 1967, never to be seen again.Since then it’s used as a museum. This museum has a collection of Jim Thompson in Thailand.  With a great variety of Thai and Chinese antiques. Its astounding garden with lots of various kinds of plants makes you feel that you’re in the forest. .A pool filled with fish retains you calm and tranquil. A wooden house full of history gives you a lot of impressions and makes you energized. Indeed, he had an amazing life and taste.

Getting There: The Jim Thompson House is situated in Siam, though it’s nearest to the National Stadium BTS Skytrain Station. As soon as you get off from the train, take Exit 1 and turn right into Soi Kasemsan 2. Continue walking to the end of the road until you see the museum on the left-hand side. 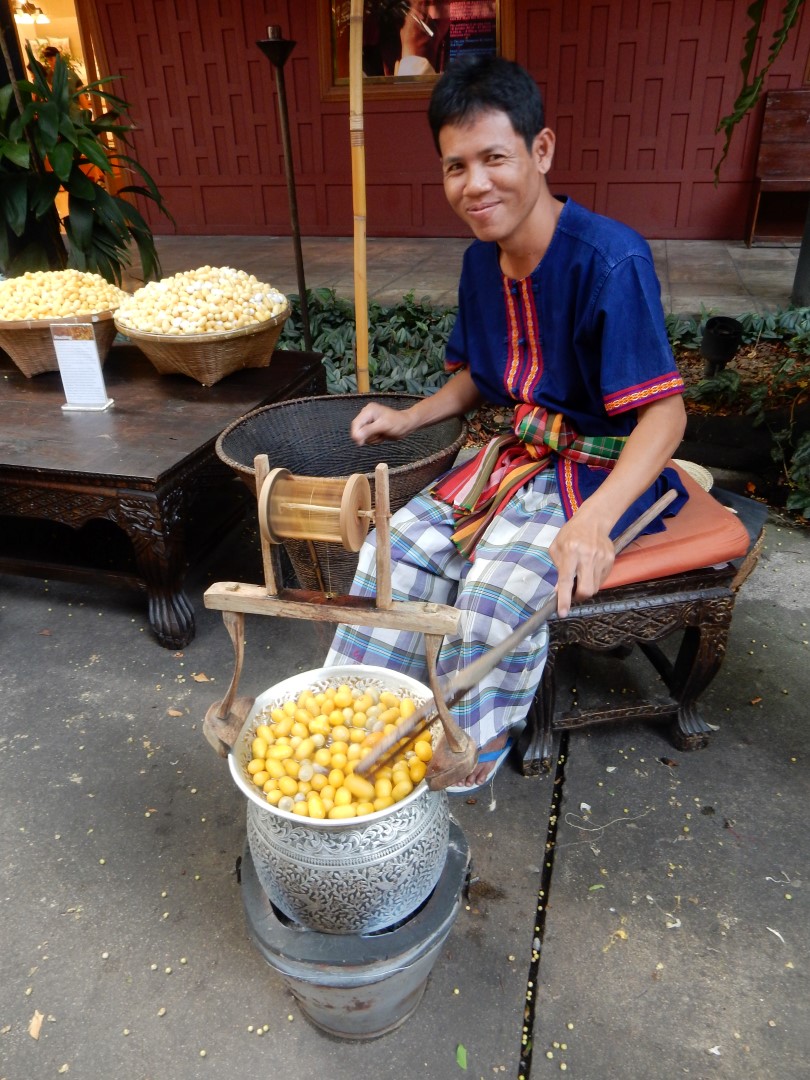 So Many More Places to Visit in Bangkok

In addition to the popular places to visit in Bangkok covered here, know that Bangkok is a vibrant city of neighborhoods. Do make an effort to explore some of the many temples (wats), the flower and food markets, attend a festival, specialty markets like the clothing district or the jewelry district, nightclubs and more. 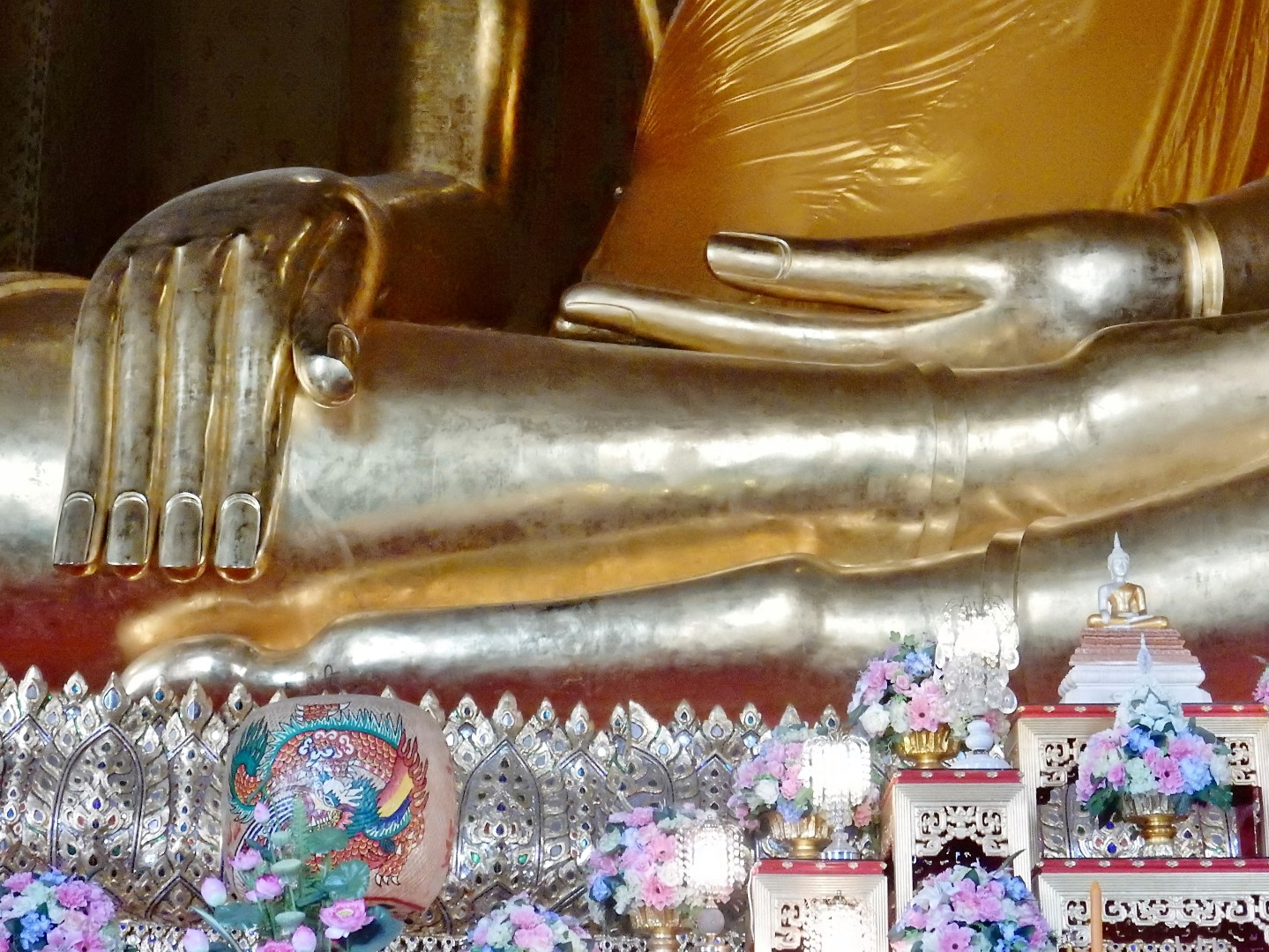 Kim Aroon is a travel blogger based in Bangkok. He is also a computer engineer & dreamer. He often writes Bangkok related content. You can read his content on his blog, BangkokTravelPoint.com

Top 10 Destinations to Visit in Moscow