Top 10 Destinations to Visit in Moscow 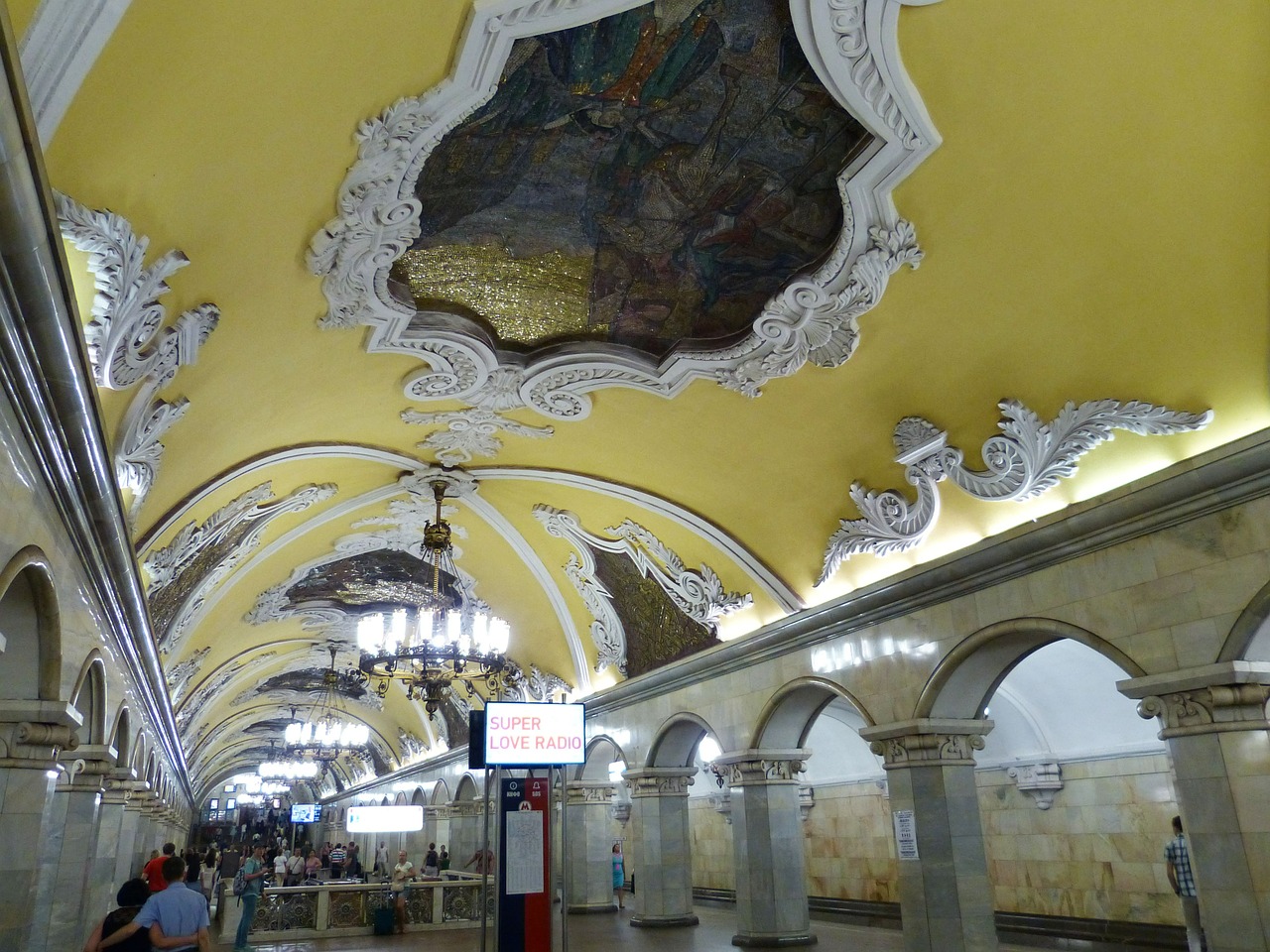 Moscow is the largest city in Russia, and the second largest city in Europe, with around 13 million inhabitants. Since it’s such a huge city, it can be difficult to decide where to go and what to see. This list of some of the top destinations to visit in Moscow can help you make some decisions.

Some people worry about the level of English among Russians. If you go to Moscow, this shouldn’t be a problem in most (touristic) places, as some people speak basic English. Though if you want to get the most out of your trip, it won’t hurt to learn some basic Russian words. 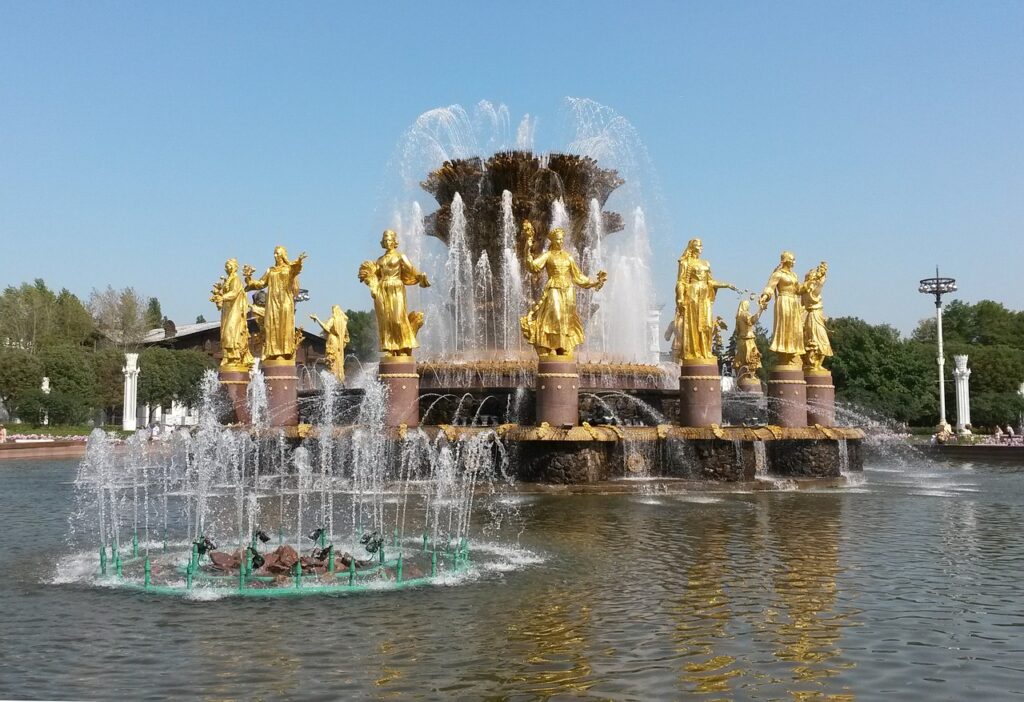 Moscow is a city of 13 million; Europe’s second largest (Image by snow-dog from Pixabay)

Chances are big you’ve already seen the Red Square on TV when Putin gives a speech. It’s the square located right in front of the Kremlin, and you can find several interesting things to see and do here: 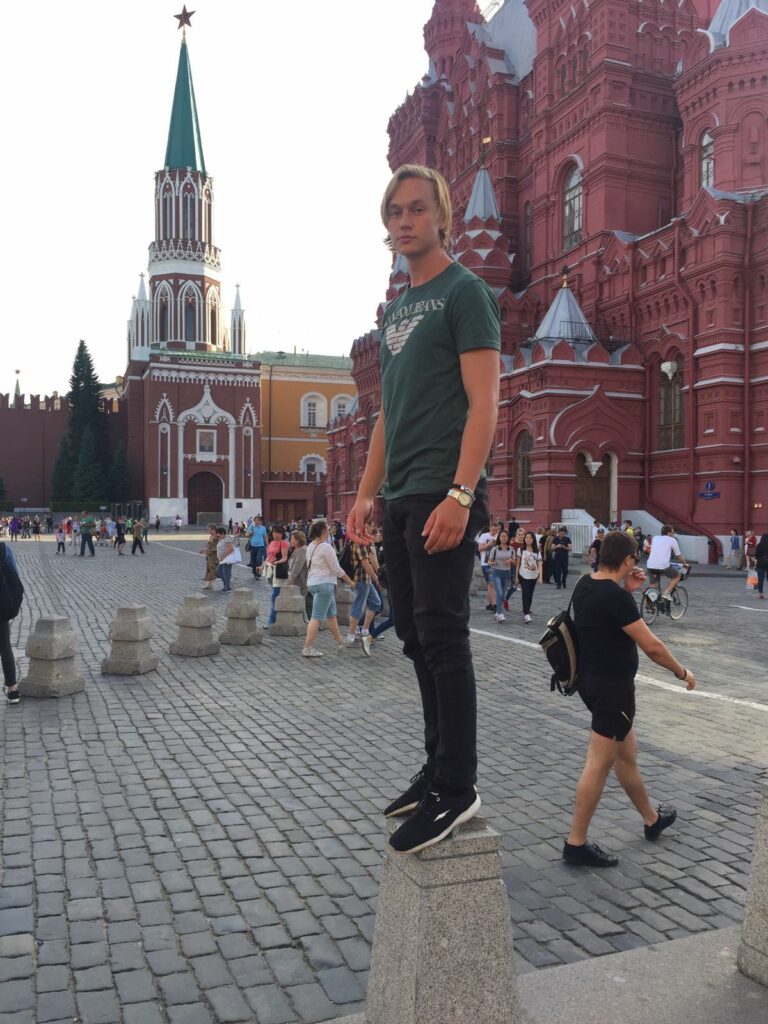 Cathedral of Christ the Saviour

If you walk from the Kremlin along the riverbanks to the south, you will see a large cathedral with a golden top; The Cathedral of Christ the Saviour. While it may seem like an old cathedral, it was actually built in 1995. That’s because the original Cathedral was demolished in 1931 on orders of Stalin. In the time between, the place was used to build the largest open air swimming pool in the world. You can visit the cathedral to see it from the inside. 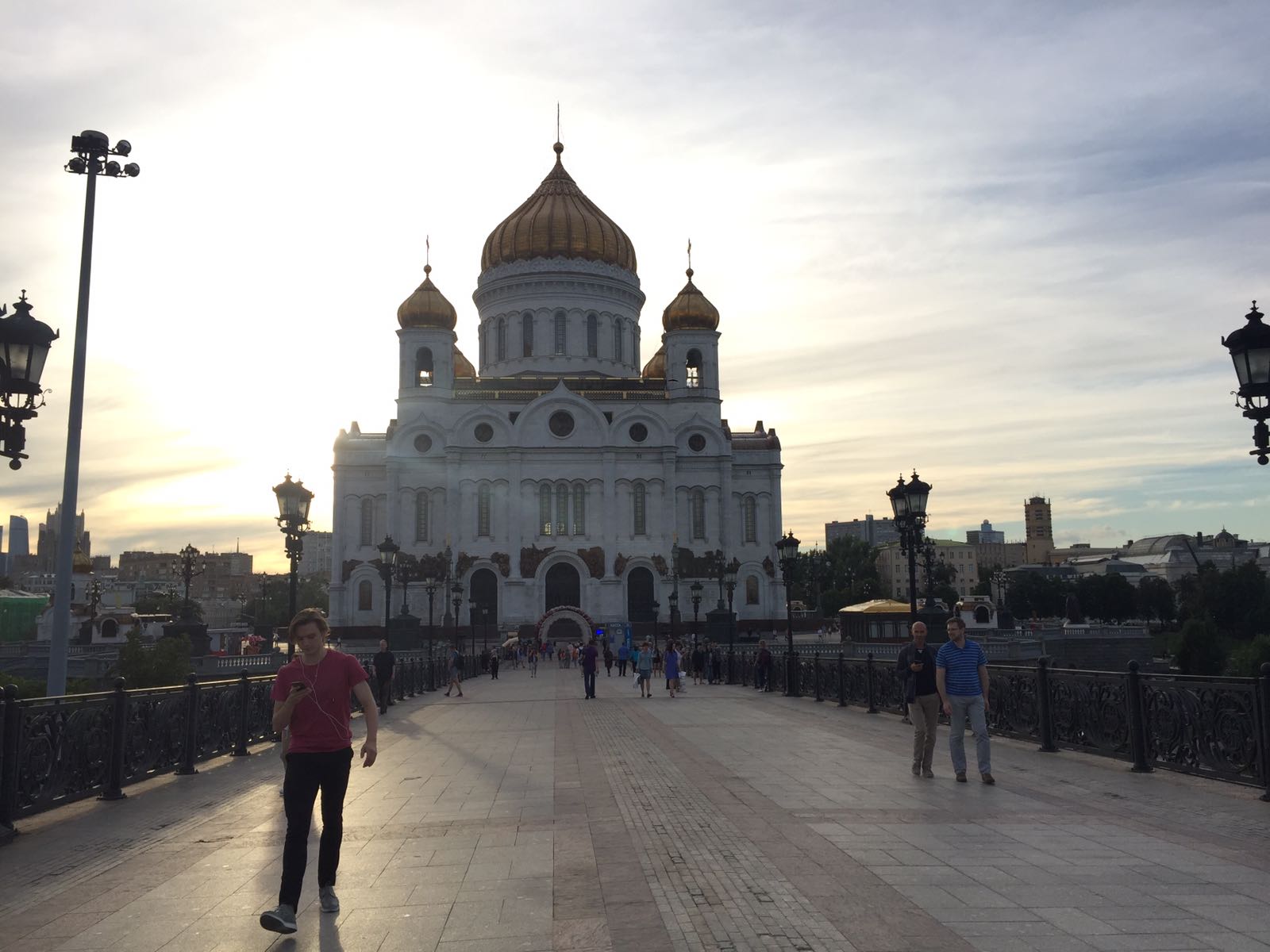 The Cathedral of Christ the Saviour (Photo by Arie Helderman)

From the Cathedral of Christ the Saviour you can follow two bridges over the Moskva river. Then turn right to go to Gorky park. It’s a large park in the center of Moscow, that boasts a lot of interesting things to do:

Here’s a video I shot for my YouTube channel last winter at the entrance of Gorky Park. It’s in Russian, but it shows you the atmosphere. 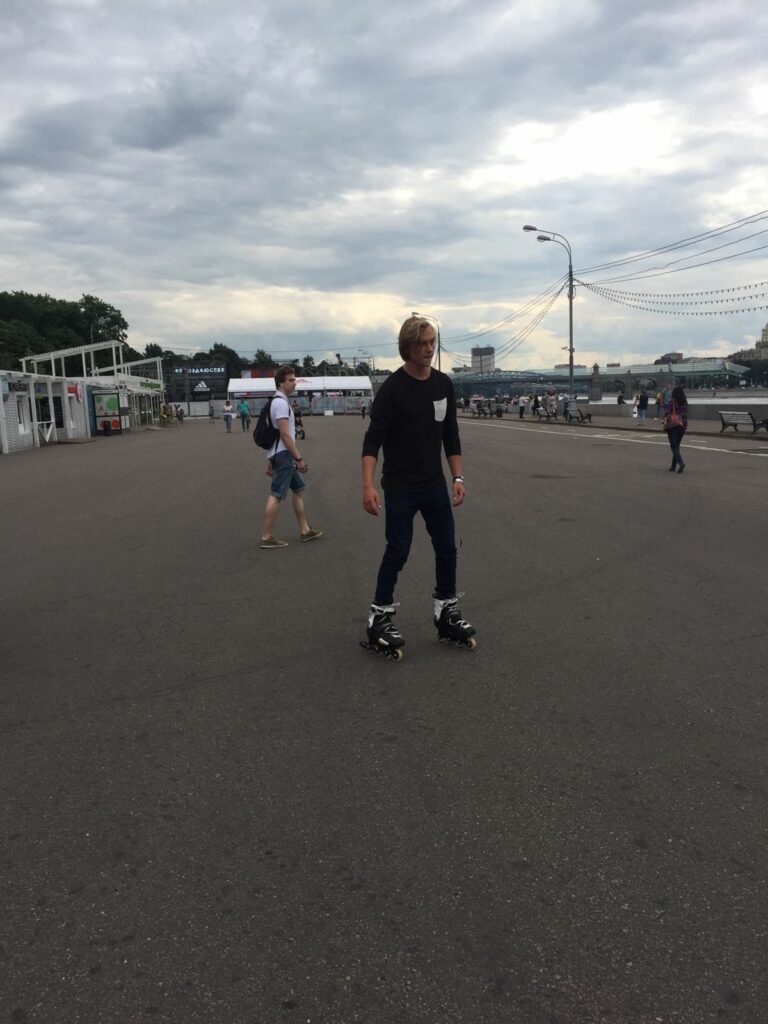 One more absolute must in Moscow is to travel by Moscow metro. Not only is it a sure way to skip some of the horrible traffic jams – it’s also a cheap ticket to see one of the most beautiful ‘museums’ the city is rich. Many of the stations were built during soviet times, and in 1941 during the Second World War, the stations also functioned as bomb shelters. Nowadays the metro is one of the most efficient and largest metro in the world.

Moscow State University is Moscow’s most prestigious university, and you can find it along the banks of the Moskva river in the south. It’s located on a hill and offers a good view of the center of the city. The university itself is also one of ‘the 7 sisters’. That’s the name of 7 Soviet skyscrapers scattered around the city. 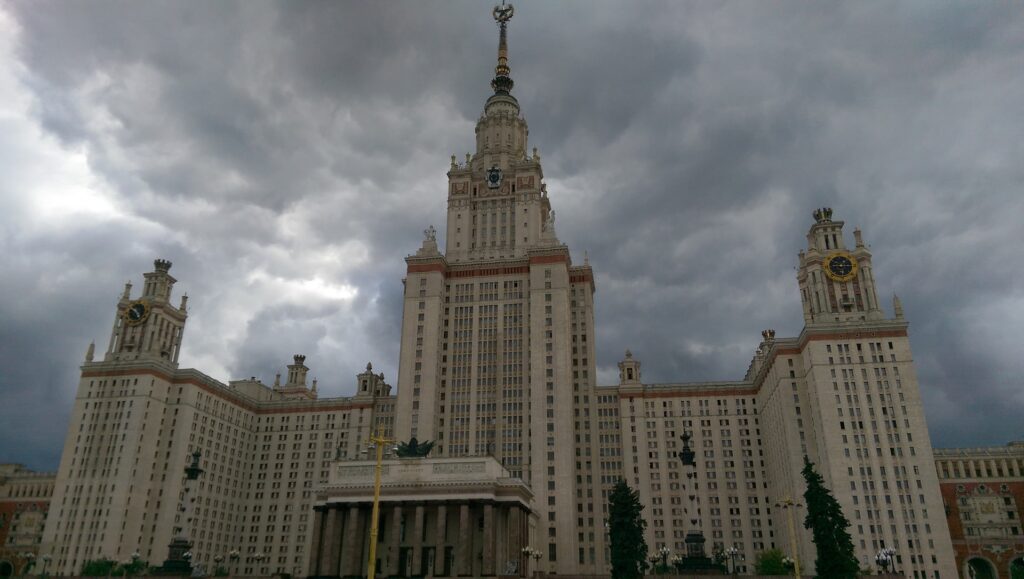 VDNK: Or, The Exhibition of Achievements of National Economy

The name of what’s commonly known at the VDNK in Moscow is in English translated as “Exhibition of Achievements of National Economy.” It’s located in the north of the city, and you can find the following things here:

Another sight in the center of the city is the Bolshoi Theatre. Literally translated this means ‘’large theatre.’’.And once you see it in real life, you’ll surely agree with that. The theatre was opened on the 20th of October 1856, the day Tsar Alexander II was crowned. To this day the theatre is fully operational and boasts many interesting plays each day. 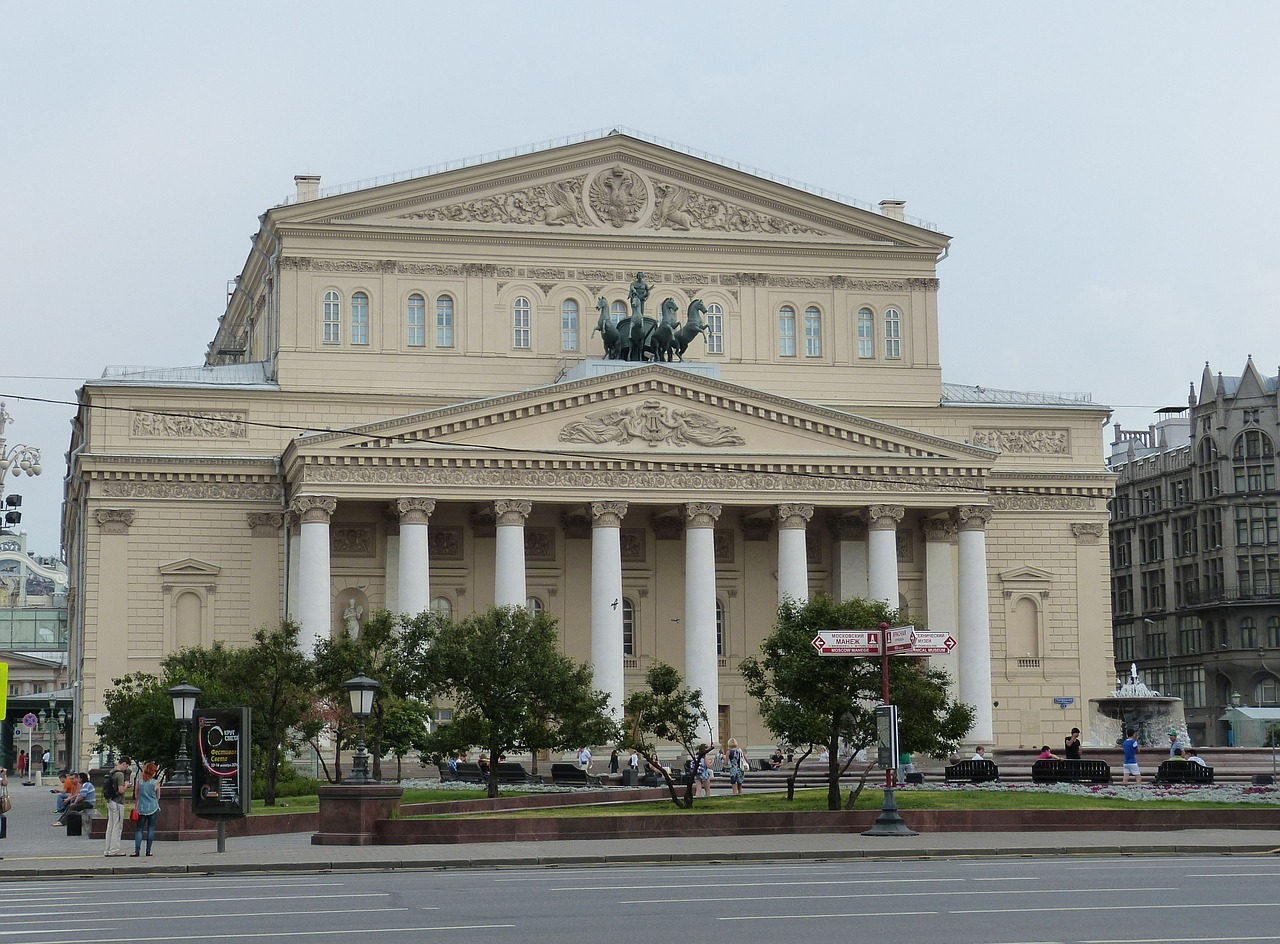 The Bolshoi Theater (Image by falco from Pixabay)

If you’re walking through Moscow, you virtually only see large buildings and wide streets. If you’re looking for something more cozy, it’s good to go to Stary Arbat. It’s a shopping street with souvenir shops, restaurants and street artists. You can also find the first McDonalds that was opened in Russia in the beginning of the street. 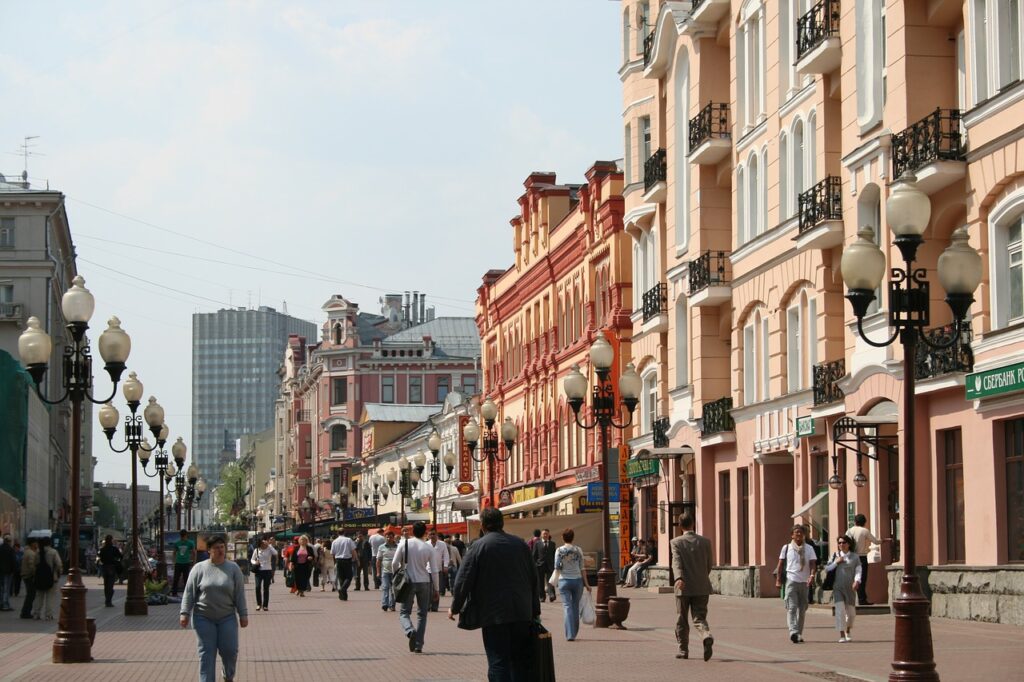 From many places in the city you can see the skyscraper district of Moscow: Moscow City. The first skyscraper there was built in 1995, and it’s located in the West of the city on (again) the Moskva river banks. Apart from offices, you can also find a large shopping mall, restaurants and living quarters here. 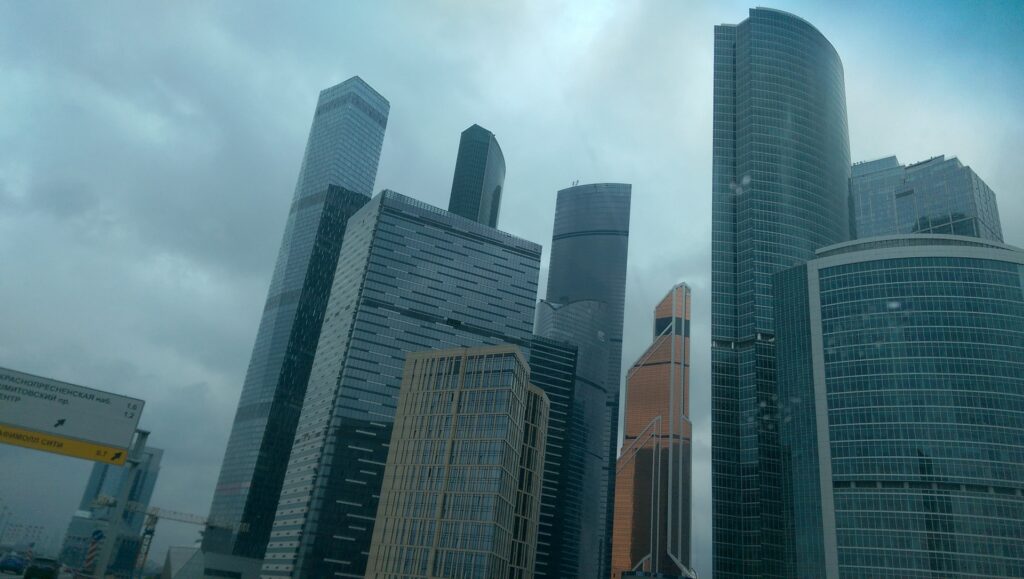 After several days of  being surrounded by buildings and concrete, you want to see nature. Moscow is actually one of the greenest cities of Europe, with many large parks. One of those parks is the Tsaritsyno park, located in the south east. You can get there by going to the metro station with the same name. In the park, you can enjoy nature, ponds and pavilions. Or go to the Tsaritsyno museum which used to be an 18th century palace. 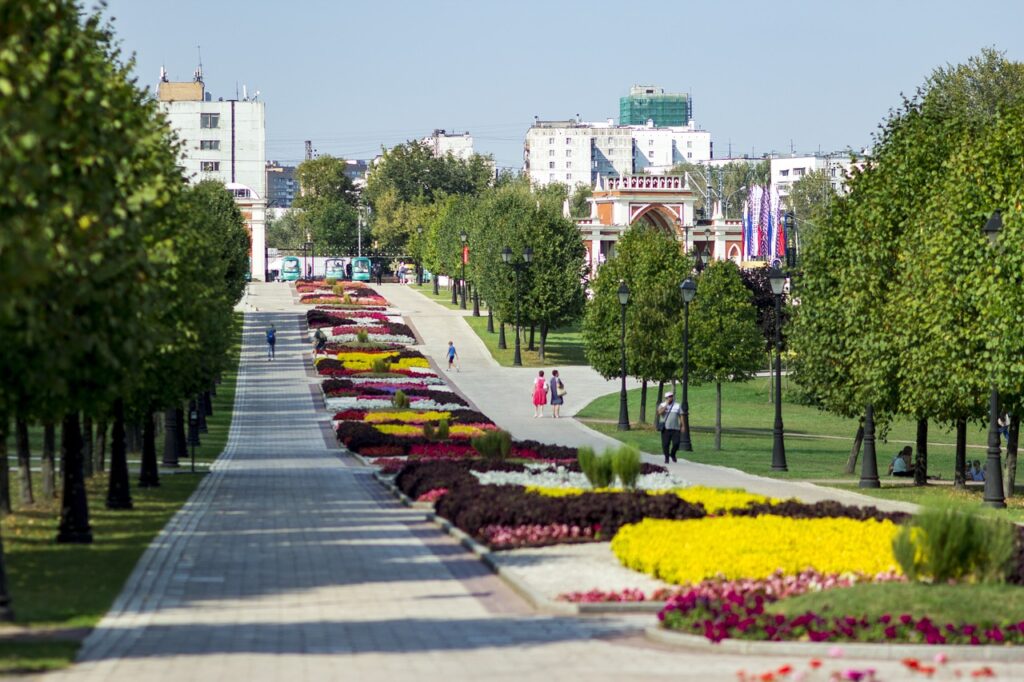 Destinations to Visit in Moscow

A visit to Russia, including Moscow is on many people’s bucket list. I hope this list of top destinations to visit in Moscow gives you a good start in planning your own trip or just enjoying a few moments of armchair travel. 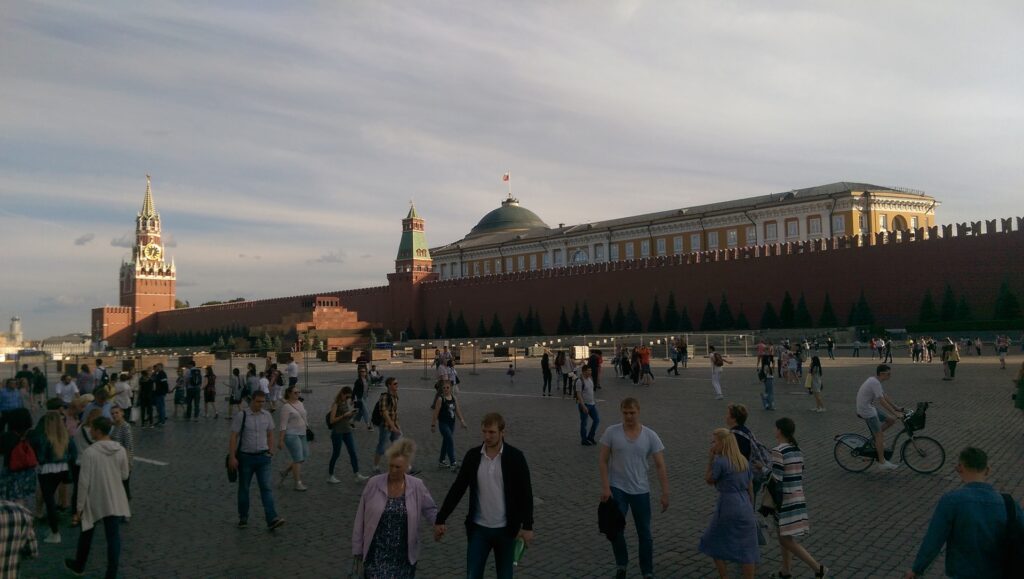 On our site: A Contemplative Trip to Krakow, Poland

-Photos as credited. Cover photo by Image by Falco on Pixabay

Arie Helderman is from the Netherlands. He started learning Russian in 2016 and teaches other foreigners how to speak Russian on Learn the Russian Language. You can also find him on his YouTube channel.

5 Best Places to Visit in Bangkok

Thanks for having me! Hope the borders open soon and people will be able to travel again in 2020.

We’re all looking forward to that time, Arie. Thanks for your great contribution to our site!

Party time to celebrate the anniversary of two won

Right before my sister arrived for a visit, we wer

Indoors and out, a great place to take those out o

Lovely time all around at Willamette Valley Vineya

Wine tasting at Willamette Valley Vineyards on a s

Every dog needs a stick on a beach walk! Need one,

I come to the sea to breathe … and enjoy family

All creatures great and small. Low tide at the Cov

Salt water taffy is quintessential beach but it’

Dogs + the beach = smiles and laughter and love. C