Calgary and Fort Worth: A Saddlebag of Similarities 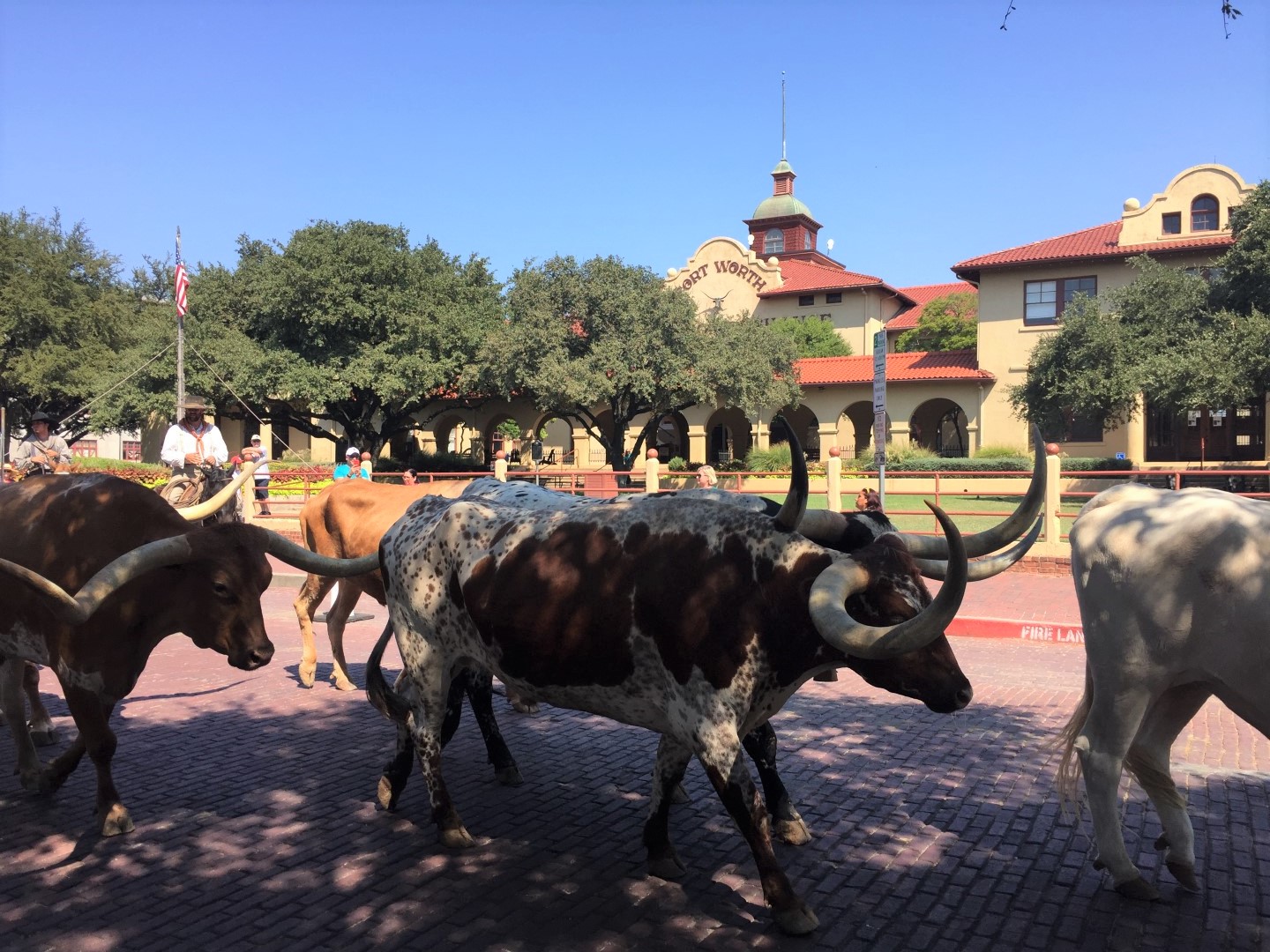 After traveling to Calgary before our tour of the Canadian Rockies, we had time to explore the city. We discovered that Calgary, Alberta could be the sister city of our hometown, Fort Worth, Texas.  In Calgary and Fort Worth, I found a saddlebag full of similarities and few differences. 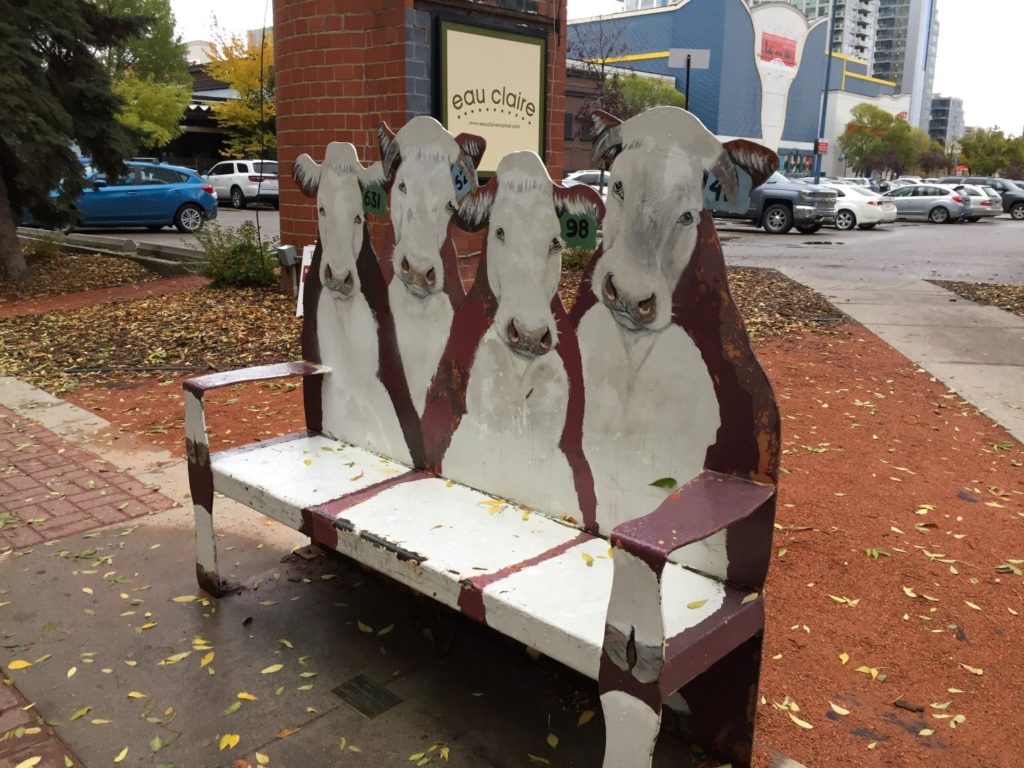 Both towns were established originally as a fort along a river.  The 1843 Treaty of Bird’s Fort between the Republic of Texas and many Native American Tribes established Fort Worth as an Army Outpost in 1849 along the banks of the Trinity River. Founded by Major Ripley Arnold, Fort Worth was named after General William Jenkins Worth, Commander of the Texas Army. 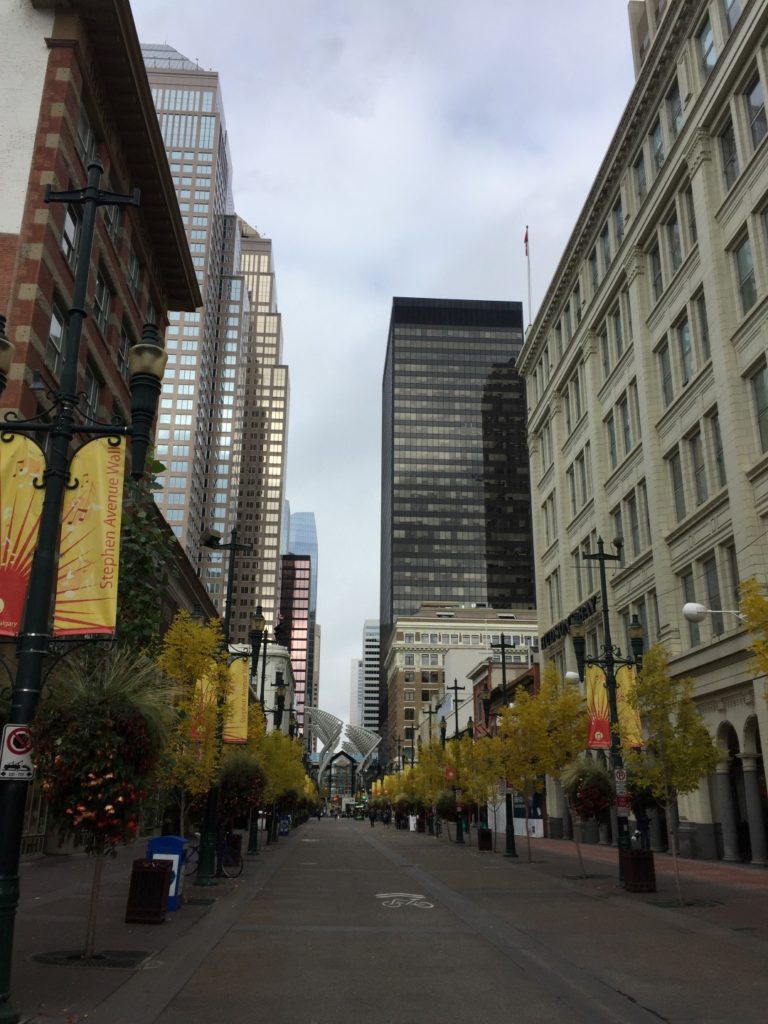 In 1875, the central government in Ottawa sent fifty Northwest Mounted Police – the forerunner of Canada’s red-coated Mounties to bring law and order to the wide-open west.  The Mounties built a fort at the junction of the Bow and Elbow Rivers, named Fort Calgary after the troupe’s ranking officer’s family home in Scotland.

The Canadian Pacific Railway arrived in Calgary in 1873; The Texas and Pacific Railroad reached Fort Worth in 1876.  The railroads provided huge economic boosts to both cities. 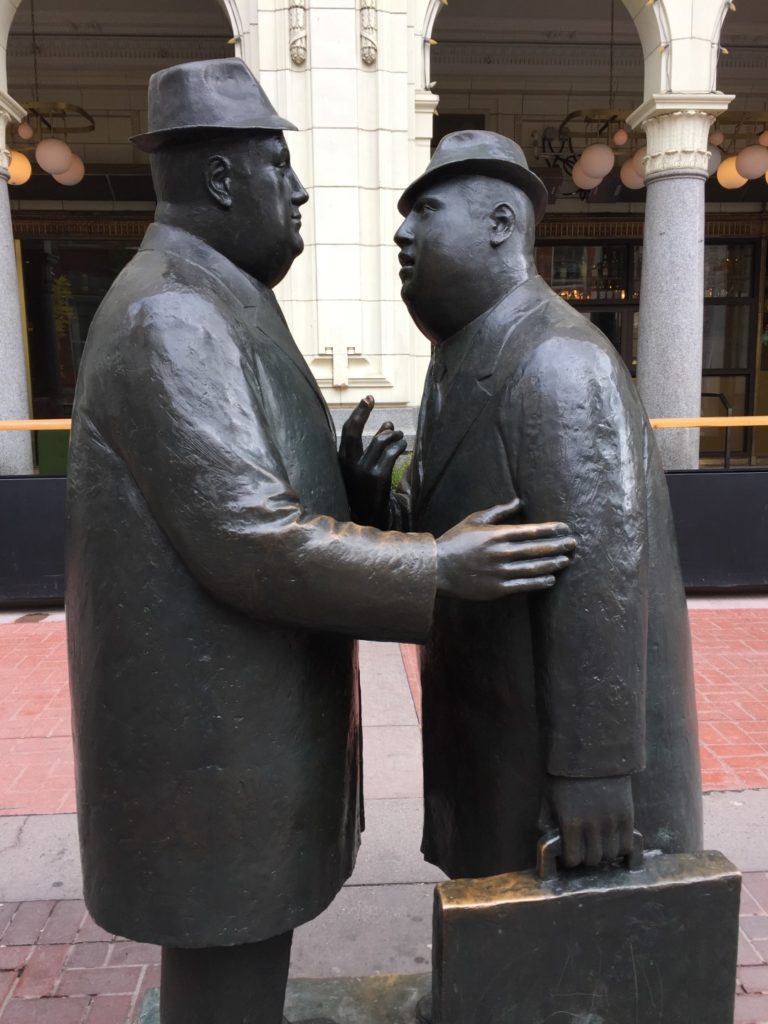 Rodeos, Cowboys, and the Shared Nickname of  “Cowtown” 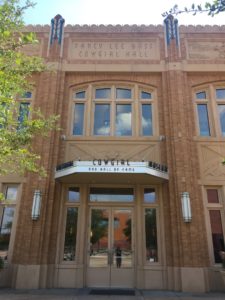 Both cities are known for their cowboys and culture, with both nicknamed “Cowtown.”  Fort Worth became a thriving ranching industry and cattle center once it became a stop along the Chisholm Trail. Here, millions of head of cattle are herded to markets farther north.  The Stockyards Championship Rodeo, held every Friday and Saturday night in the historic Fort Worth Cowtown Coliseum, features bull riding, tie-down roping, team roping, barrel racing, bronc riding plus calf and mutton scrambles with prizes for the kids. The famous Fort Worth Livestock Show and Rodeo is held for three weeks annually in late January to mid-February. There are afternoon and evening rodeo events, a midway, and livestock shows. The Fort Worth Livestock Show and Rodeo culminates in Grand Champion sales for student scholarships. 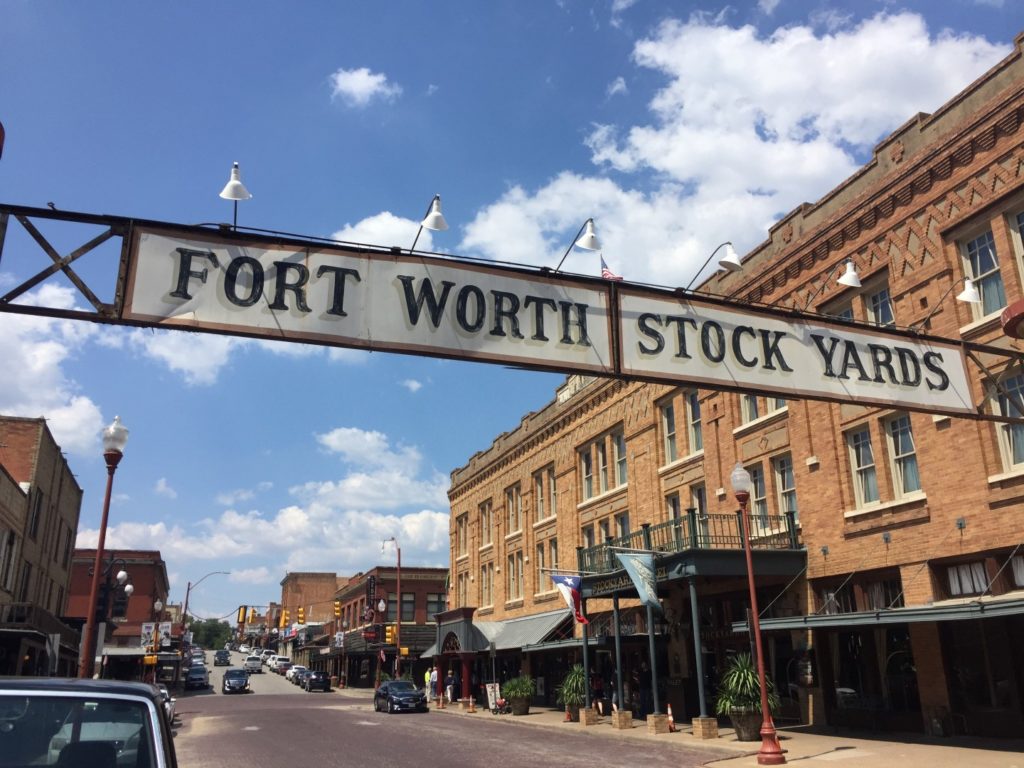 Calgary has been famous since 1912 for the Calgary Stampede and Exhibition, ten days of wild rodeo events, cowboys, chuck wagon races, the Bell Grandstand Show, fireworks, a midway, and great food. It’s been called “The Greatest Outdoor Show on Earth.”

Both events strive to preserve and celebrate western heritage, culture and community spirit and promote volunteerism, invest in youth and agricultural programs, and present themed year-round events like the Cutting Horse Futurity. 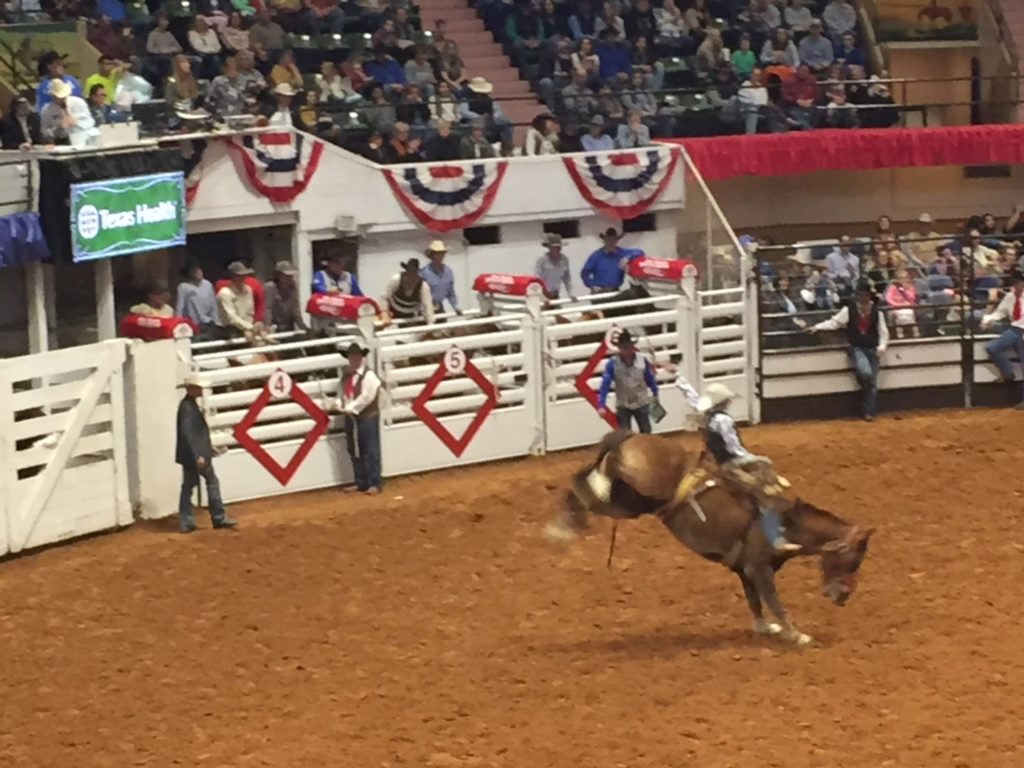 The Calgary Zoo, 90 years old, features the Zoo complex, botanical gardens, and acres of the Pre-Historic Park with life-sized dinosaur models, sandstone and volcanoes. The Fort Worth Zoo rated 4th in the nation was founded in 1909.  The newest exhibit, African Savanna was recognized as the first of four phases of a $100 million master plan that will completely redesign the Fort Worth Zoo, called A Wilder Vision. 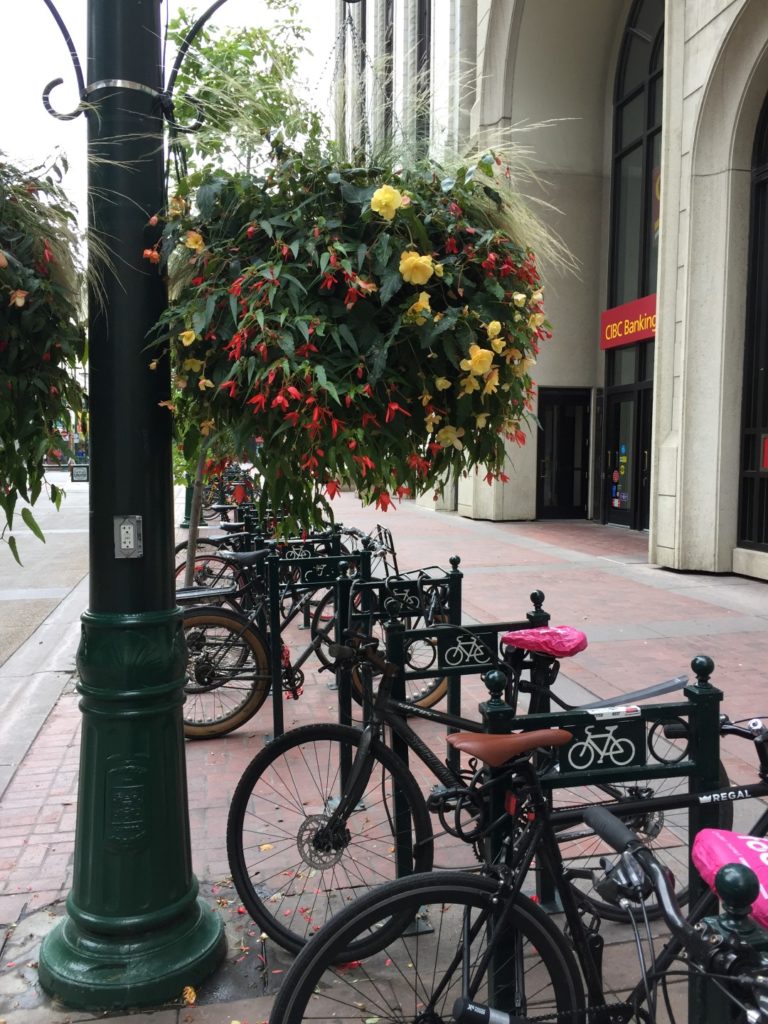 The Fort Worth Botanic Garden, established in 1934, is the oldest botanic garden in Texas, established with 21 specialty gardens including the Japanese Gardens and the BRIT, Botanical Research Institute of Texas. 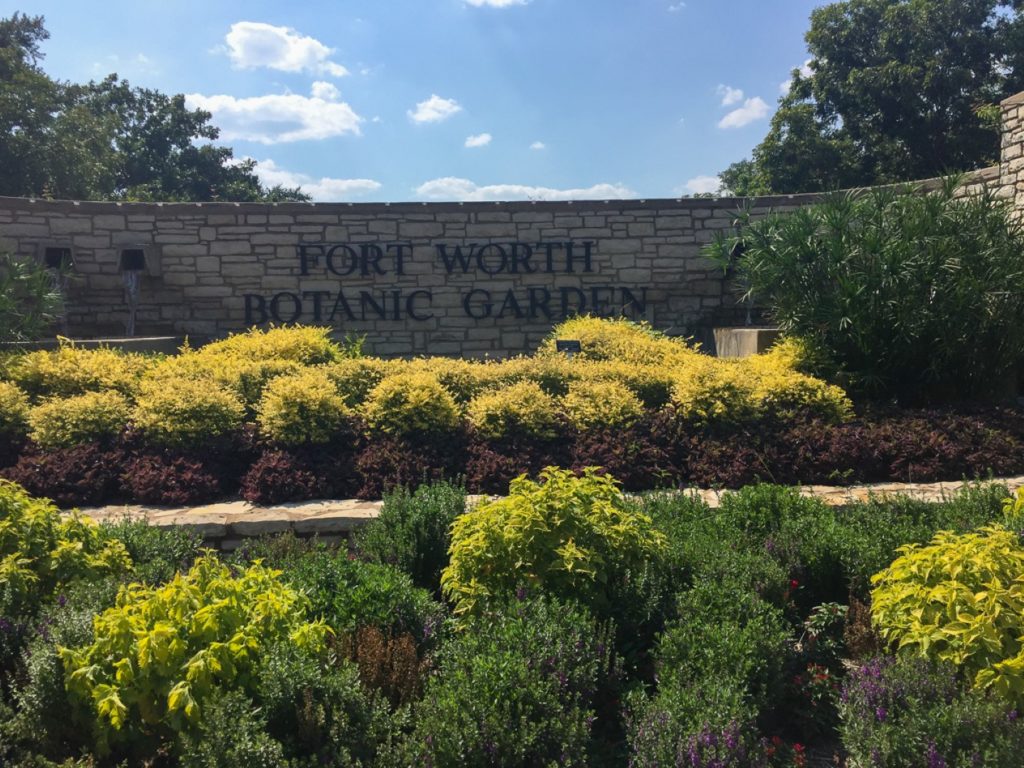 Oil Booms Are Us

Calgary became known as the center of Canada’s oil industry when huge oil reserves were discovered just outside of town, making it the little city that oil built. Fort Worth, known today for its oil and natural gas industry, has doubled in population growth since 1990. The oil boom in Texas started in 1901, with the Barnett Shale discovered in the 1980s. 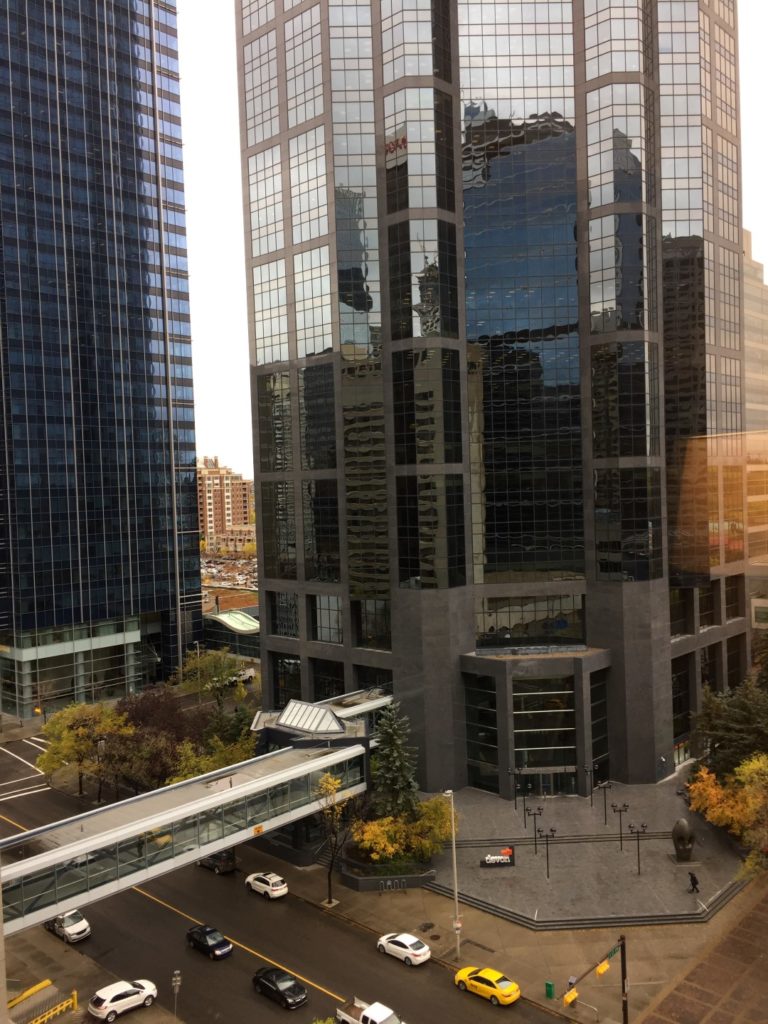 Calgary houses the University of Calgary; Fort Worth is home to the Big 12 Football’s TCU Texas Christian University as well as TWU Texas Woman’s University. 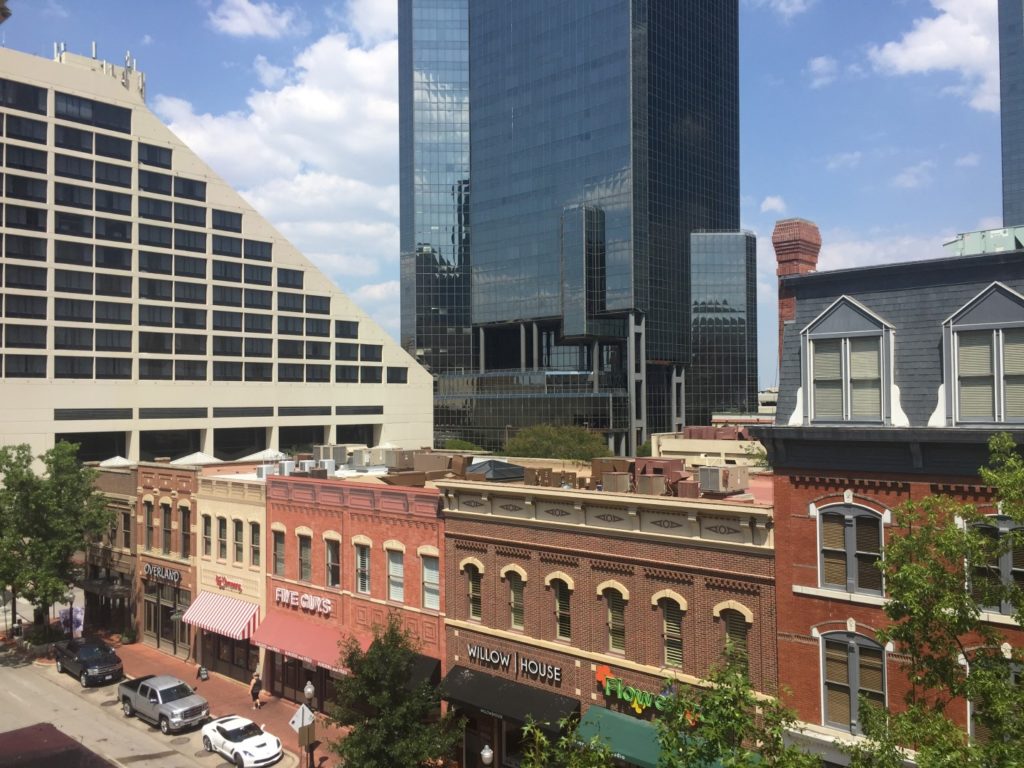 The National Music Centre at Studio Bell opened the summer of 2016 in Calgary’s downtown East Village. Jack Singer Concert Hall is home to the Calgary Philharmonic Orchestra and Arts Commons. Southern Alberta Jubilee Auditorium is host to the Alberta Ballet, the third-largest company in Canada. 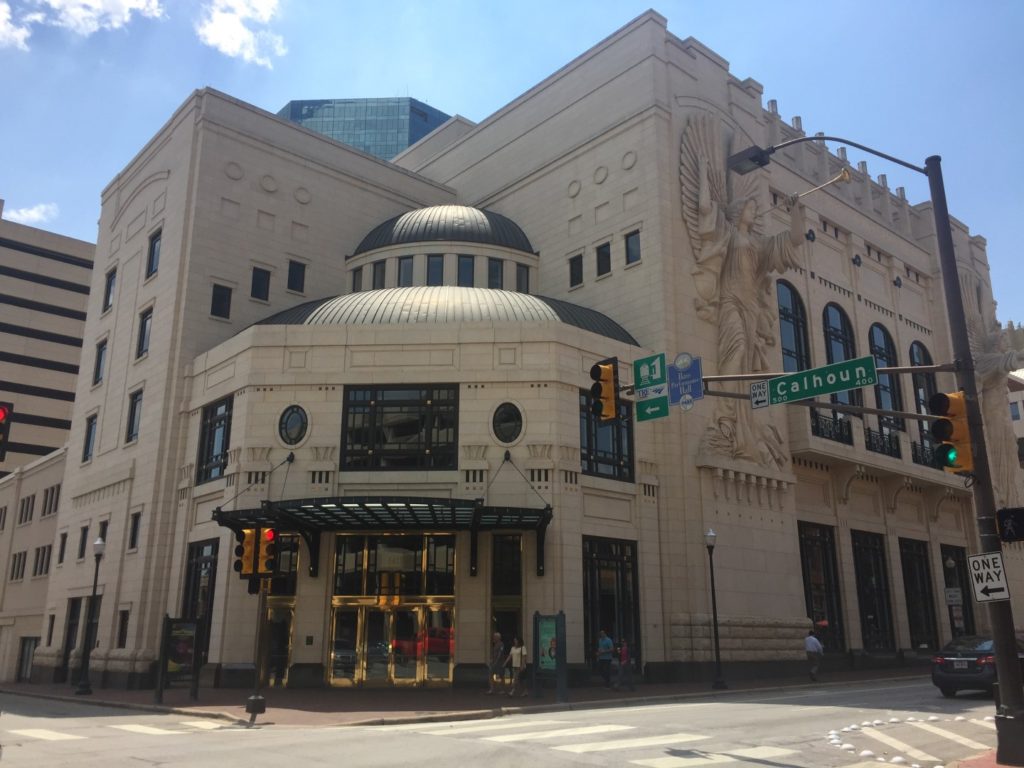 Visit the Cultural District in Forth Worth with the Kimbell Art Museum, the Modern Art Museum, the Amon Carter Museum of Art, the Fort Worth Museum of Natural Science and History, and the Cowgirl Hall of Fame Museum.  In Calgary visit the Glen Bow Museum, the Military Museums, Telus Spark, Fort Calgary, The Hangar Flight Museum, and The Bow Habitat Station. 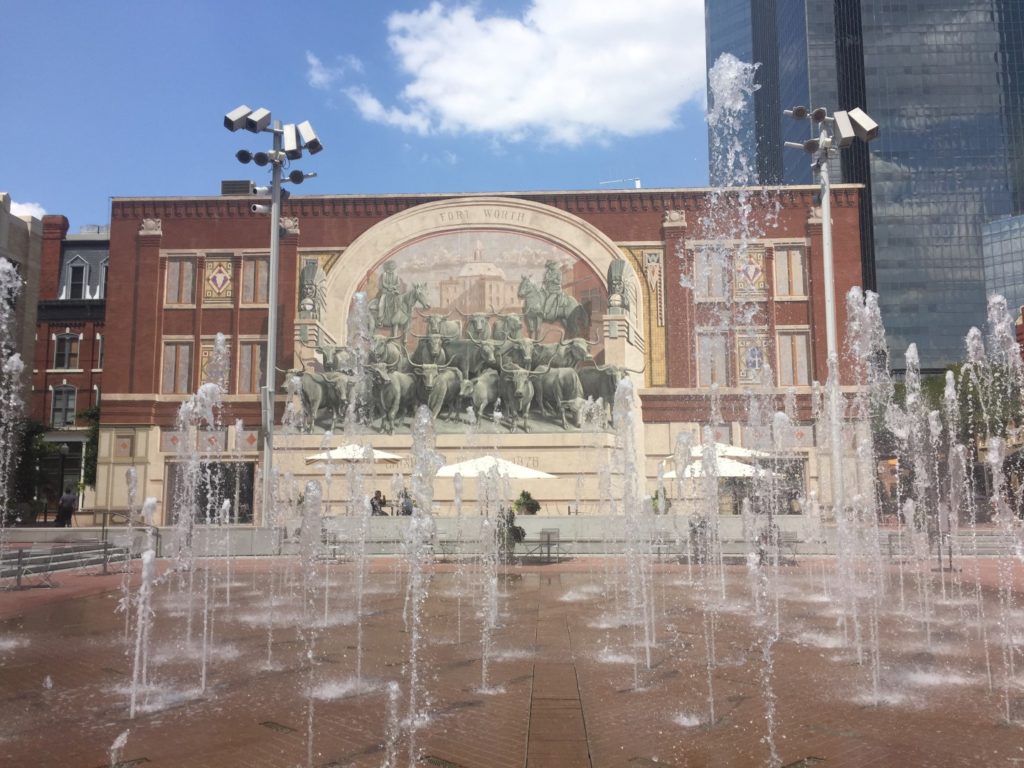 Visit the Stockyards Historic District and see the longhorn cattle drive down Exchange Avenue at 11 am and 4 pm daily, herded by Fort Worth cowboys.  Fort Worth has 7th Street, with restaurants and entertainment venues. Calgary has Heritage Park with 65 acres, Calgary Tower and Revolving Restaurant, Eau Claise Market and Prince Island Park. 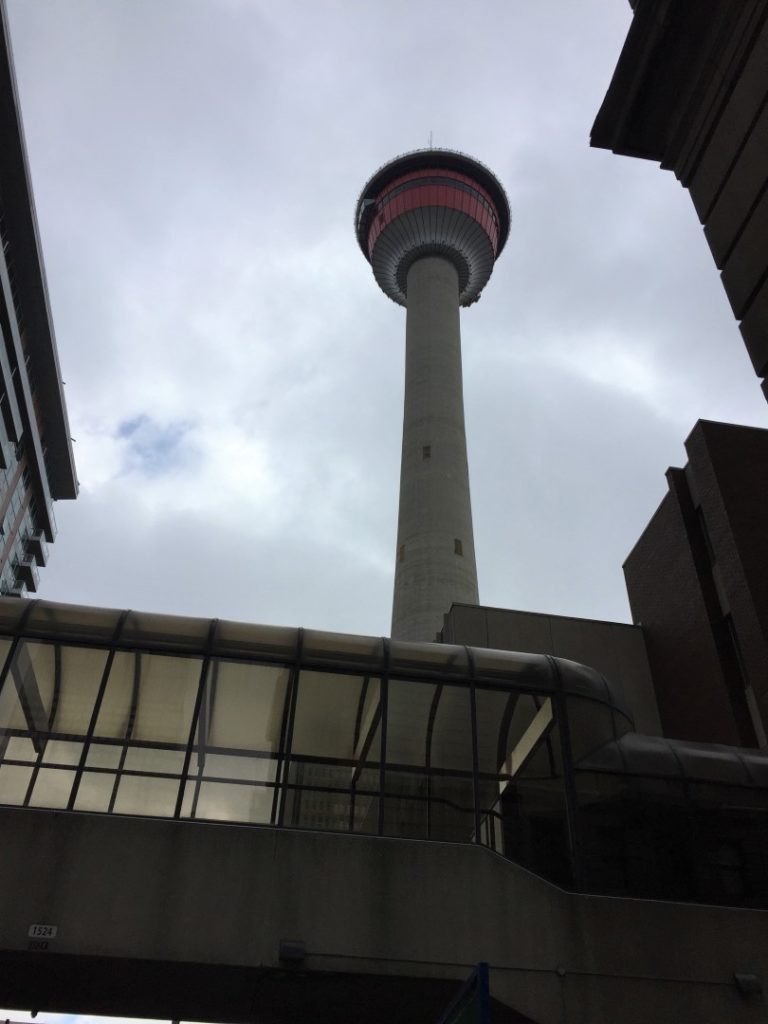 Calgary and Fort Worth: “Cowtowns” with a Saddlebags of Similarities

I love my Fort Worth! And I fell in love with Calgary when we visited!  Both are cow towns with a saddlebag full of similarities, but few differences. 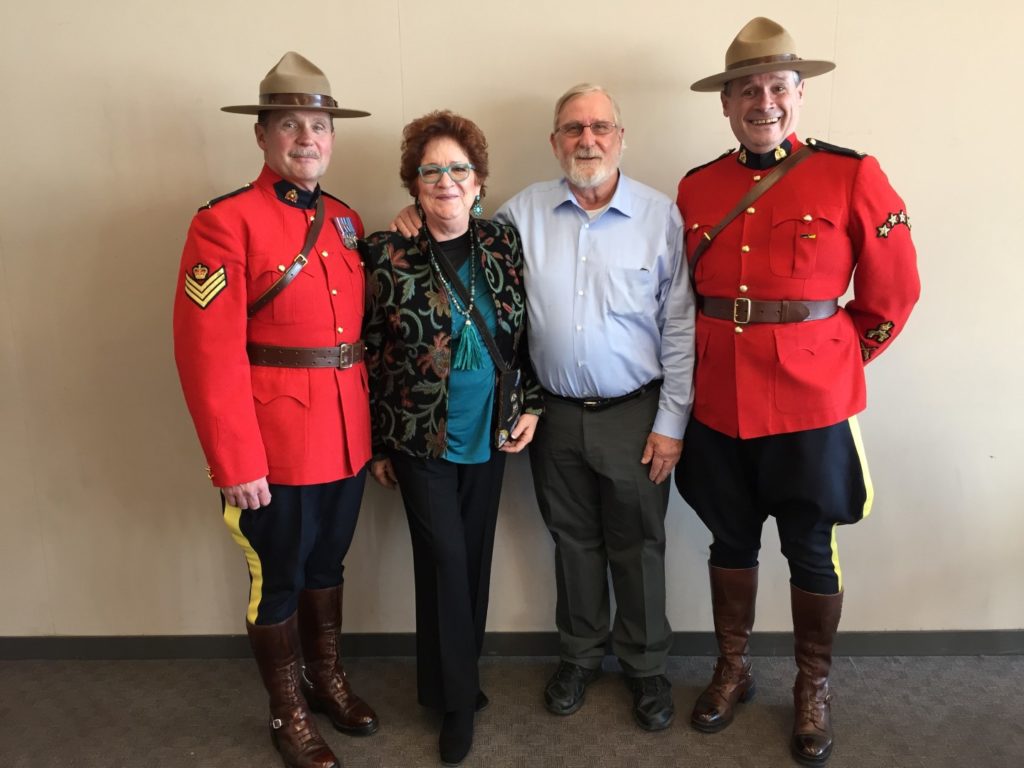 Posing with the Mounties in Calgary

-All photos by Janie Houston Pace. Cover photo depicts the long horn cattle drive at the Fort Worth Stockyards.

Etiquette Guide: How to Dine at a Japanese Restaurant

Stroopwafels to Bitterballen: 10 Dutch Treats to Try in Amsterdam