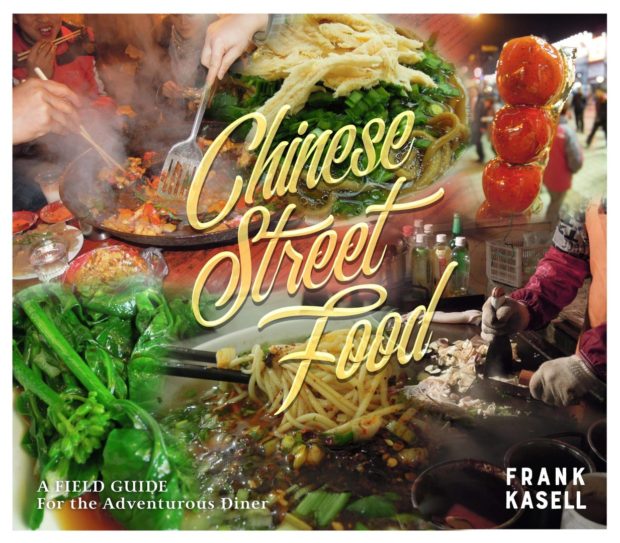 When people enjoy and appreciate the cuisine of another country or culture, I consider it no less than an act of international diplomacy. In Chinese Street Food: A Field Guide for the Adventurous Diner, author Frank Kasell shares his love and knowledge of China, its food and its people.

Kasell’s Chinese Street Food offers entertaining lore and full-color photos of each regional dish included from 53 Chinese cities. These are just some of the countless plates he ate during an extended trip to document the best of Chinese street food. His cross-country voyage had him riding trains, couch surfing and stopping at street stalls, open-air markets and dining pavilions along the way, sampling as much street food as he could. 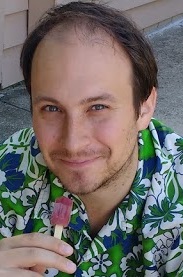 Who doesn’t enjoy Chinese food? And yet, most of us are woefully aware that what we enjoy from our neighborhood takeout or even most Chinatowns outside of Asia is rarely authentically Chinese. (That said, there are definitely restaurateurs out there who are making it their mission to share authentic Chinese cooking.)

There will be a few familiar dishes here, such as dumpling and noodles dishes. But there there will also be those Chinese dishes you’ll be hard pressed to find at home, such as pig brains or fried rabbit heads. These may be the dishes that challenge you the next time you proudly refer to yourself as an adventurous eater.

Kasell’s book is highly recommended to those of you planning a trip to China, as well as those of you interested in expanding your palate and understanding of true Chinese food. For those of you traveling to China, no doubt you’re looking forward to some fabulous food. This book will give you a head start in what to seek out!

I’m pleased to have had the opportunity to chat with Mr. Kasell about his travels and this project that culminated in Chinese Food: A Field Guide for the Adventurous Diner. 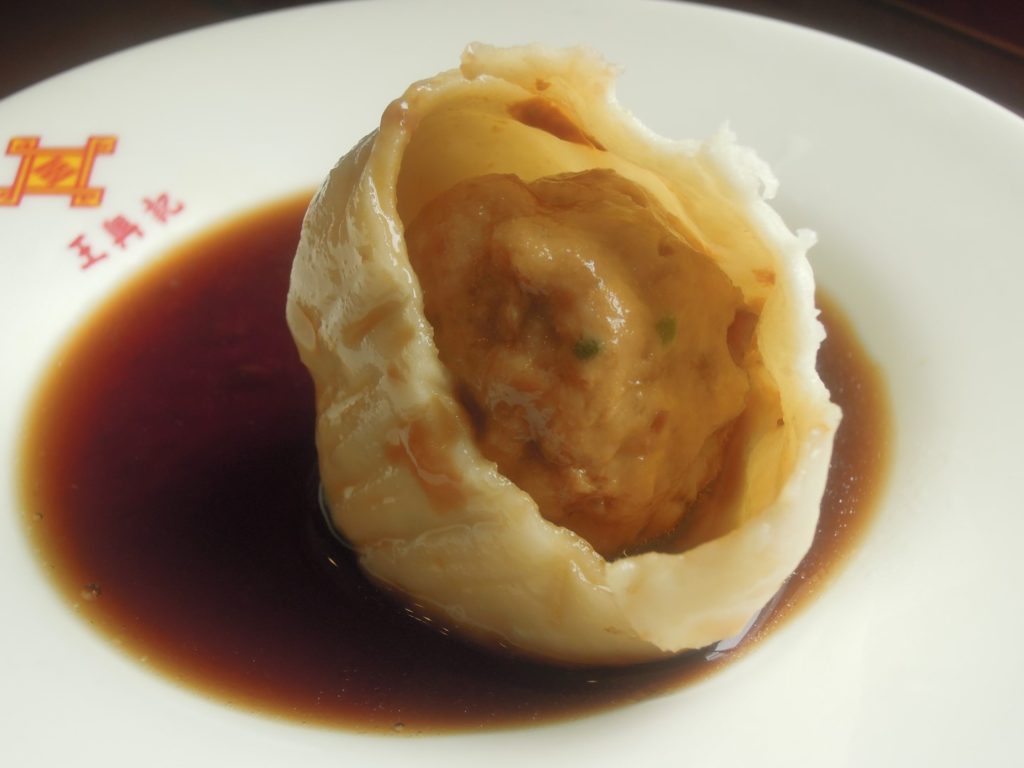 Nancy Zaffaro (NZ): What first inspired your trip to China? Did you go with the idea or purpose of writing a book?

Frank Kasell (FK): I first went to China as an English teacher fresh out of college. My wife (then girlfriend) and I were looking for an international experience before getting settled into a long-term job. I fell in love with China right from the start, so when we came back to the USA after a year in China, I spent a lot of time thinking about how I might go back. One idea that stuck with me was that a lot of visitors want to dig past the surface-level picture of Chinese culture, but with such a big country it can be a bit of a challenge.

I have a very flexible palate and tend to believe that if there’s a food that people like to eat there must be a reason they enjoy it.

Street food, I found, was a good way to access a more nuanced picture of Chinese culture, since most cities in China have a unique set of local street foods that you can’t find elsewhere in the country, much less the world. So this was the basic idea of the book, and I ultimately decided that it was worth a shot so when the right time came along I quit my job, thanked my eternally patient wife for working hard to pay all our bills and so on while I was away, and went for it. 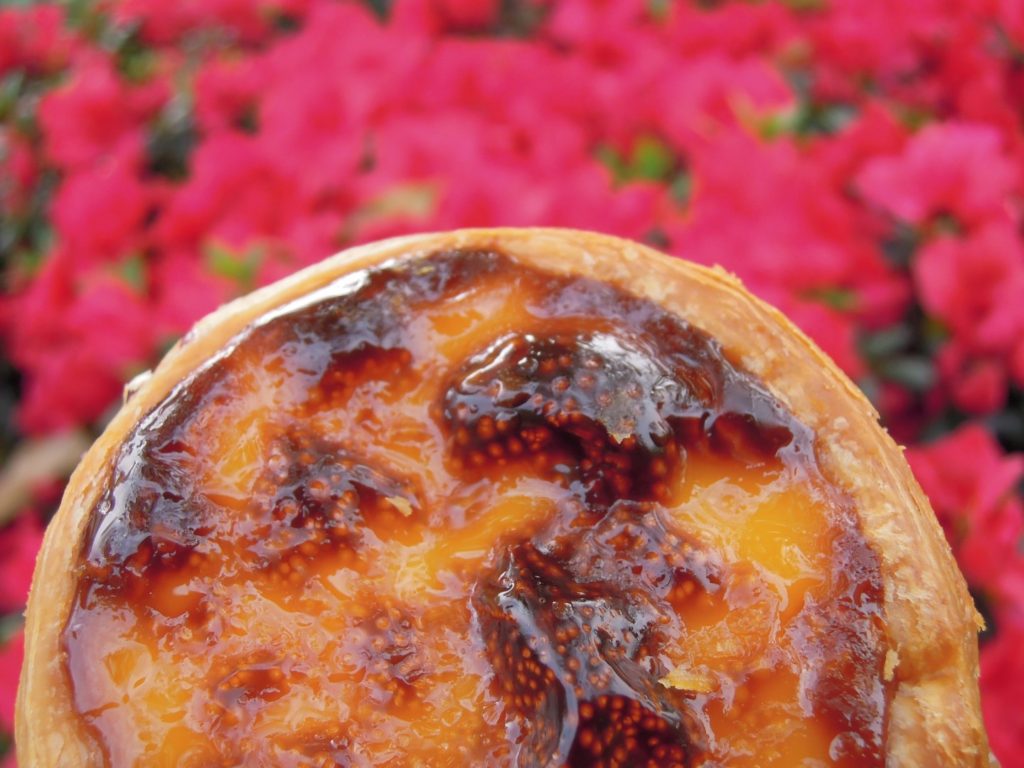 How Chinese Street Food Came About

NZ: How much time did you end up spending in China?

FK: The research trip for the book was three months. During that time I managed to visit 53 Chinese cities, mostly by train, which worked out to about four cities per week. It was an amazing, exhausting trip.

NZ: Was food, specifically street food, always the primary focus of the trip? Have you always been a foodie?

FK: Yes, after letting the idea for this book stew for a couple of years, the right time came up to leave my job and head off to do the research trip specifically for the book.

FK: And yes—I’ve always enjoyed trying new things. I have a very flexible palate and tend to believe that if there’s a food that people like to eat there must be a reason they enjoy it. I like exploring what those reasons might be. 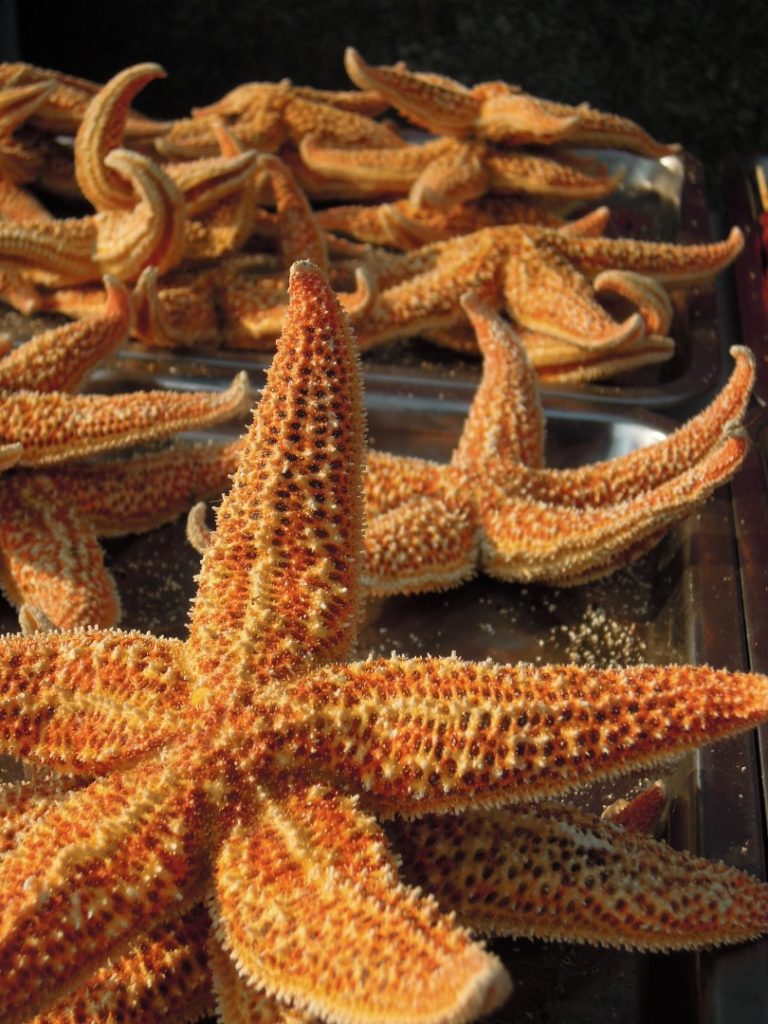 It’s All About the Food

NZ: What are some of the ways Chinese food differs from that we have in Europe and North America?

FK: Oh, it differs immensely. Westernized Chinese food can be marvelous and stands well on its own, but it’s basically a completely different cuisine than Chinese food in China. I would say the standard American Chinese restaurant menu generally has a handful of items you can find regionally in China. For instance, I had a couple of spring rolls or bowls of wonton soup (though there are actually more variations on that than an American wonton soup might lead one to believe.)

In my experience, there is a much wider range of flavors and spices in actual Chinese food than in a Western Chinese restaurant where you’re mostly getting variations on MSG-savory and spicy. In China you find lots of complex flavors, incorporating tons of different kinds of spices and flavorings. You get more sweet, more sour, more bitter, and a wider range of spiciness. You’ll find dozens of varieties of noodles made in lots of shapes from lots of ingredients. You can have a whole banquet of different types of soups. And of course Chinese cuisine rarely wastes ingredients, so you can eat all sorts of organs and blood and things that don’t normally make it onto the menu here. 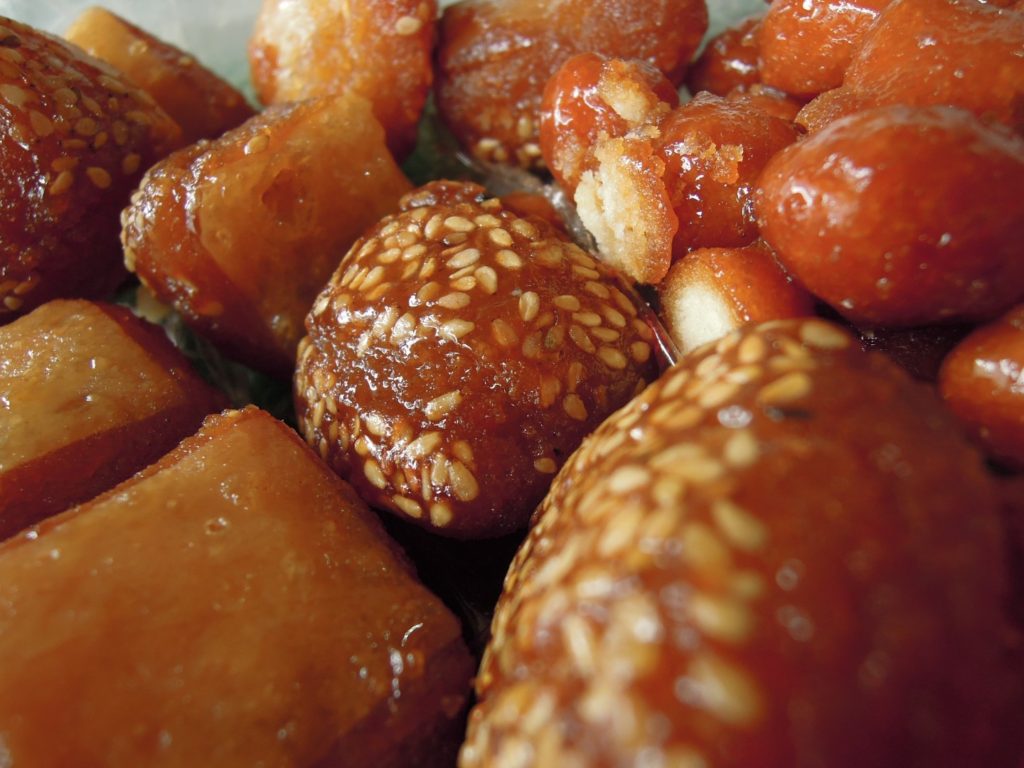 NZ: There must be many dishes that really stand out, but anything you’d like to say about a particular favorite?

FK: Hard to say, but I often answer this with Chengdu’s 甜水面 (tian shui mian).  This very simple dish has a complex and surprising flavor, which is extremely satisfying. You start with a pile of thick noodles and spread a Sichuanese mala sauce on top (a mixture of traditional spicy flavor with that numbing Sichuanese peppercorn.) On top of all of that, you have a spoonful of thick sugar crystals—this is where things get interesting.  It’s an amazing dish that I wish more restaurants in the USA would reproduce. 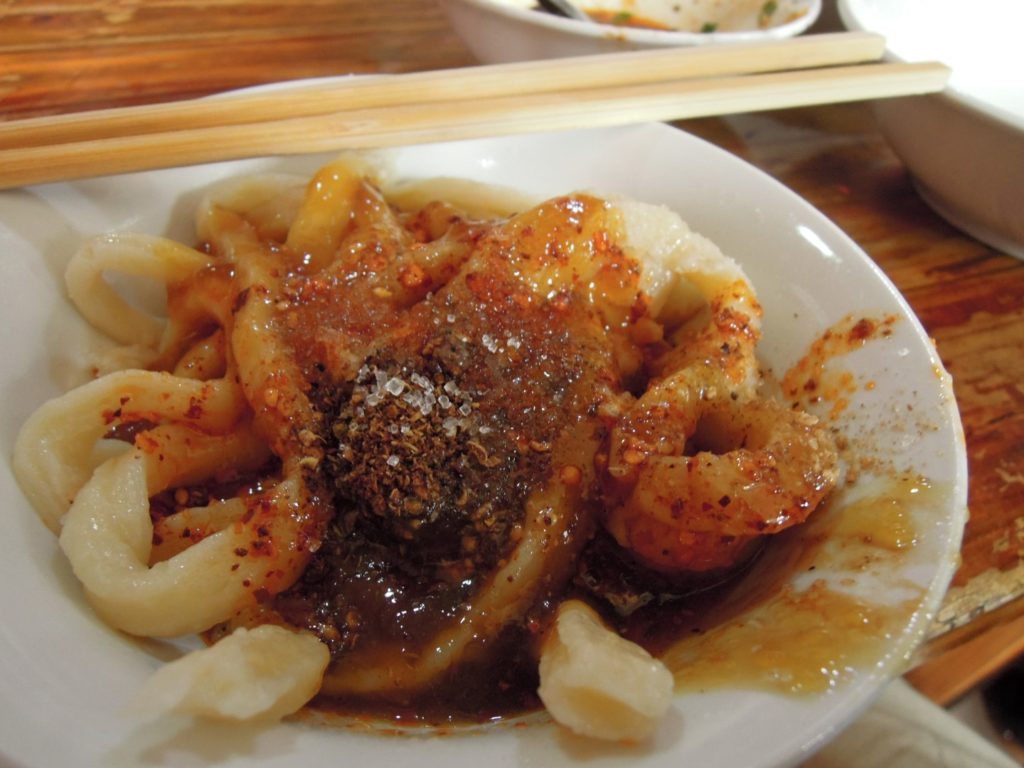 FK: I didn’t focus on specific vendors but rather the foods that belong to a certain city, so I’ll answer a different question instead: my favorite cities in China for street food. I’d probably say Xi’an (particularly in the Muslim quarter), Kaifeng (definitely the biggest surprise as far as food goes, largely due to the variety), Urumqi, Lanzhou, and Chengdu.

NZ: Once you decided to write the book, how were you received by the Chinese people you met along the way?

FK: Generally very positively!  I traveled mostly by train, always in the cheapest seats I could get, which introduced me to a lot of interesting folks.  I also did a lot of couch surfing in Chinese homes and was always received warmly. Also, I stayed with a wide variety of people—old and young and rich and poor and gay and straight and single and married and everything in between. In many instances, my hosts took a day off of work to help me find the most representative street foods in their cities, or at least gave me a good sense of where to look for certain foods. I can honestly say that my book would be perhaps half as long without those generous souls.

NZ: Do any favorite conversations or learning opportunities from Chinese locals you met along the way come to mind?

FK: I’m not sure this answer fits your question directly, but I’m reminded of a family I met on the train from Haikou to Liuzhou. They were actually from Zunyi, a city in Guizhou province that I had not planned on visiting, and we had a nice conversation on the train with my limited Mandarin. When they learned about my project, they insisted that I must come to Zunyi because they had excellent street food that was distinct from the other cities in their area. They left me with a cell phone number, and I arranged to visit them about a week later in their city. It was a lovely visit and I left with fond memories and a few more street foods to write about. 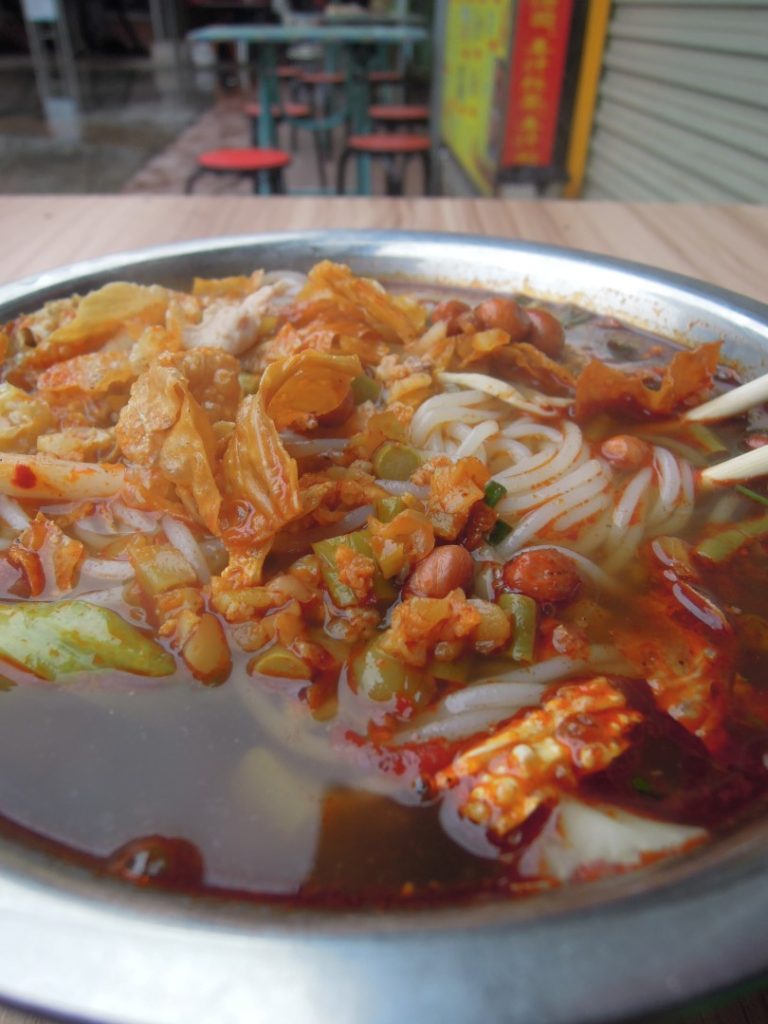 Creating the Book: Pulling It All Together

NZ: How did your book come together?

FK: The short story is that everything took longer than planned. I researched the book from January through April of 2012 and thought I might be able to write it and self-publish by the end of that year. In the end, it took me two years to write and then another year to find a publisher. (A friend convinced me to at least try to find a publisher, which was the right call for a lot of reasons.) Even then there were delays along the way, so it felt a little unreal when it finally came out at the end of 2018.

NZ: Your photos and the layout of the book are both usable and lovely to look at. Anything you’d like to share about photographing your food?

FK: I’m not a trained photographer, so a lot of that was learning on the fly. A lot of pictures turned out really nicely, though there are some I wish I could do over. It was sometimes a challenge being an inexperienced photographer trying to make food look good in dim lighting.

NZ: What’s the most enjoyable thing about having published?

FK: It’s an interesting question. I guess it’s just very satisfying knowing that I have something to show for all of the work that went into it, from the three months of non-stop travel, to the months sitting at home by myself writing it to working with the publisher and designer and so on … all of it was not for naught. 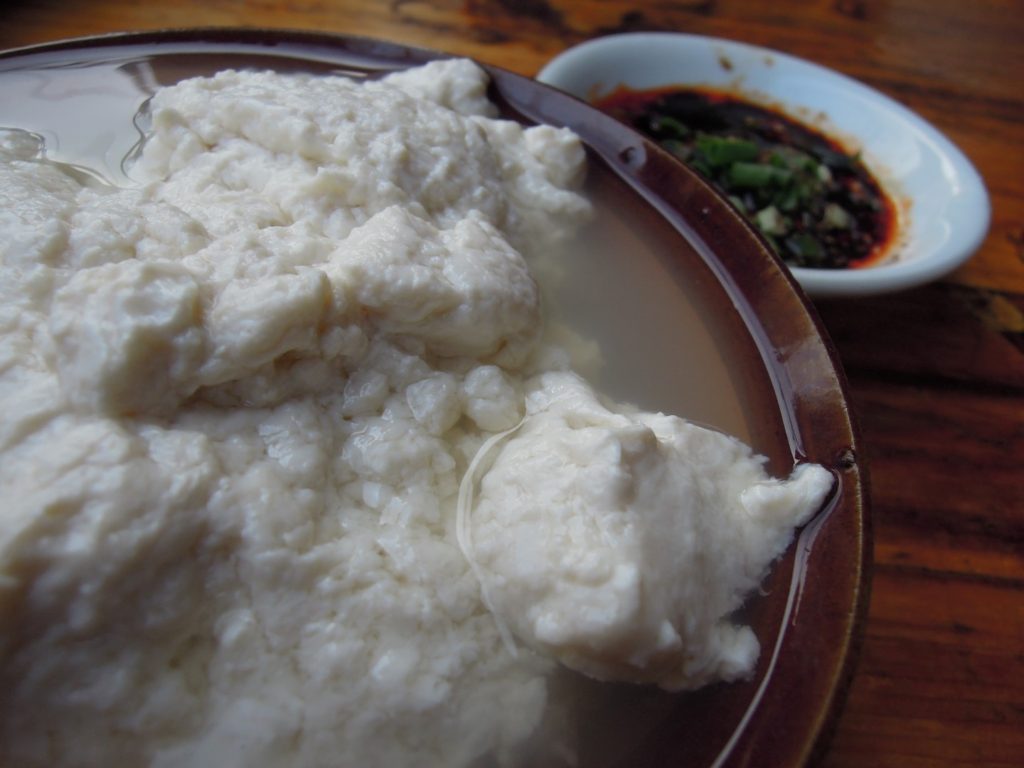 NZ: Any plans for another book or other travel project?

FK: We’ll see! I’d like to do another book, perhaps on the street food of Southeast Asia, but we’ll see how things go with this one first.

NZ: Chinese Street Food: A Field Guide for the Adventurous Diner is a fascinating look at the incredible variety of Chinese cuisine, and I wish you nothing but success with the book. Thank you for chatting with me!

FK: Thanks for the interview.

Frank Kasell is an international visitor liaison with the Department of State. He lives in Pittsboro, South Carolina with his wife and two daughters.

-All photos courtesy of by Frank Kasell.

Took a little walk to see the falls in Happy Valle

Reallly need to plan another visit out to Barnard

Brunch with my #krewe at Broder Söder meant a tab

So this morning, the #sun came up. My bedroom wind

What to do with the last of the holiday treats? A

Check out the Dec/Jan issue of #1889 #magazine for

Is there **anything** that isn’t improved with a