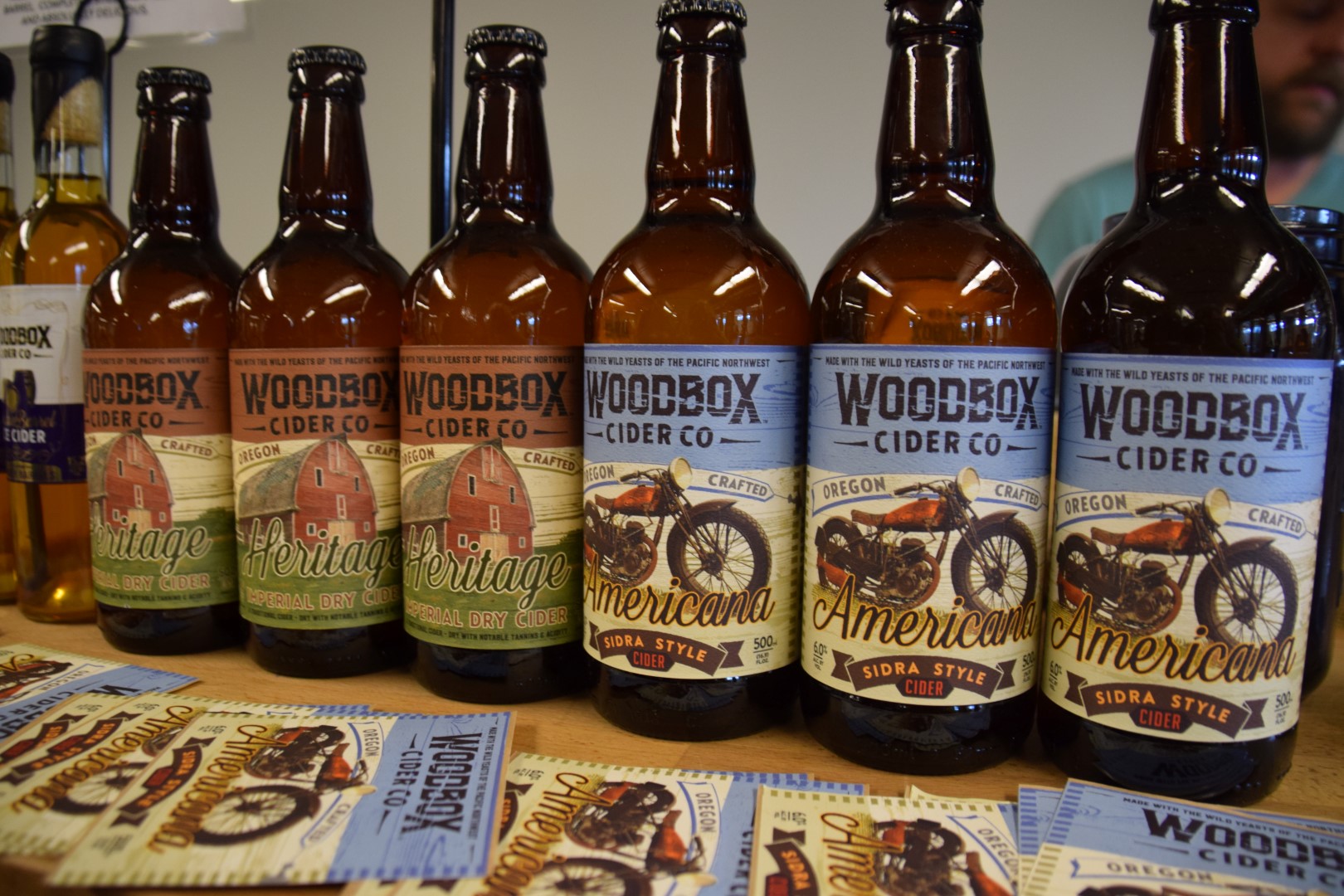 Whether ciders have been on your radar for years or you’re brand-new to the scene, cider festivals are a great way to explore these flavorful apple-based alcoholic beverages.

Cideries are popping up across the country and cider sales and cider festivals are growing. Ciders, sometimes still referred to “hard” ciders to designate fermented, alcoholic apple and pear ciders, have developed to often complex and sophisticated flavors. In England, France and Spain, ciders have a long tradition. English settlers brought the taste craft (and later imported the trees) to America. By the 18th century, hard cider was very popular in the States. In the early 19th century, German and Eastern Europeans’ fondness for beer and later, Prohibition, caused a decrease in popularity. This century, however, is seeing a huge resurgence in craft cider making, both in the Northwest and throughout North America. 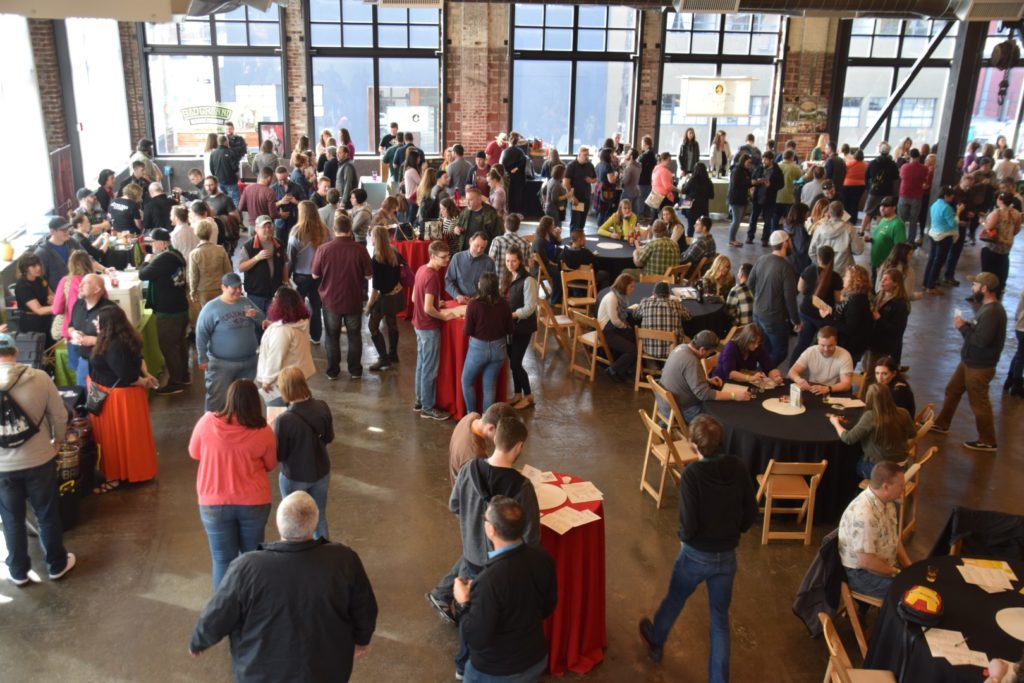 The 5th Annual Cider Rite of Spring was held in Portland, Oregon at Left Bank Annex

Deciding which ciders to include here was not easy. I attempted a mix between established cideries and those newer to the scene. I included both a comparable number of cideries from Oregon and Washington and a good range of regions within the states. I included some brands I’m already familiar with, and some that are new to me.

Take a look. Seek out a ciders and cider festivals close to you, or make a trip to attend one. Enjoy. Cheers!

Art + Science crafts wine and cider from their farm in Sheridan, Oregon. Dan Rinke is the “science” behind the venture and Kim Hamblin the “art.” They started making wine in 2011 and cider in 2013. Their orchard includes apples, pears and quince, and I enjoyed each of the four ciders I sampled very much. Their quince cider and their Little Apples cider, made from crabapples were especially tasty.

But their Symbiosis, a grape-apple juice blend (half of each, fermented together and barrel aged for 10 months) truly won me over and proved their skill. Whether named for their partnership or the blending of two fruits, Symbiosis is an apt name. Fabulous. Kim’s bottle artwork is colorful, skilled and creative. I’ll look forward to a visit out to their tasting room, due to open later this year. 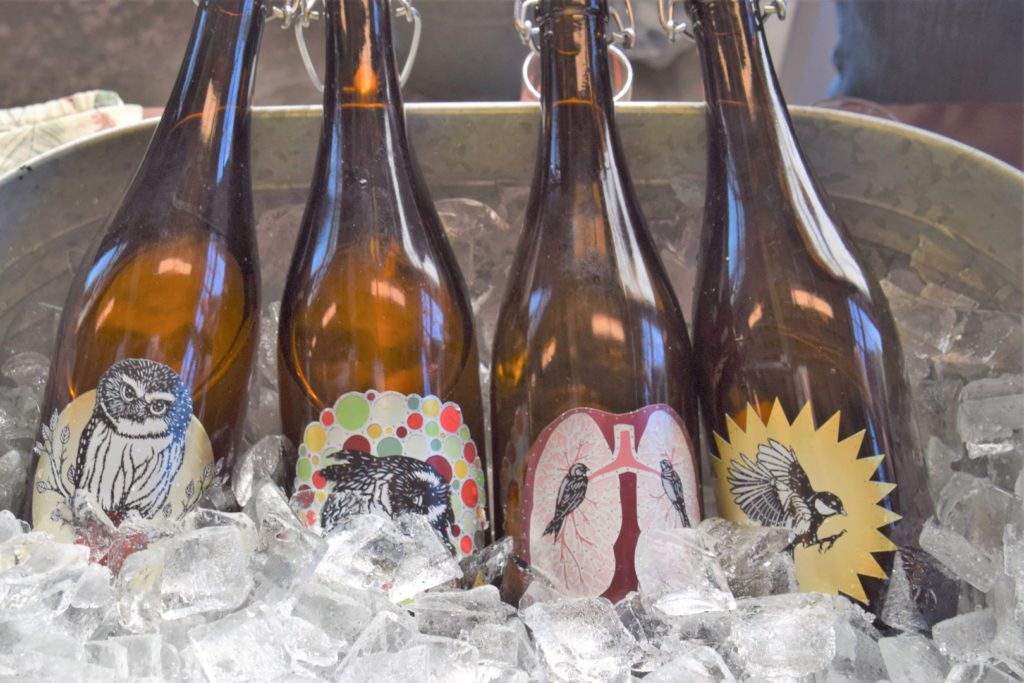 Art + Science ciders at the festival 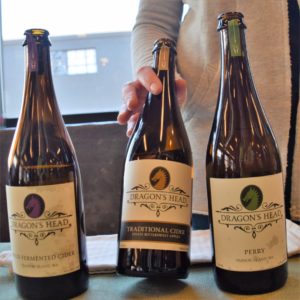 Laura and Wes Cherry of Dragon’s Head Cider are “cider maker’s cider maker.” Their ciders are crafted along traditional European and early-American cider tastes and profiles, most using heirloom apples they grow on their farm. Traditional Cider is a blend of 20 different cider apples. Their Kingston Black Cider won the Gold Medal award from Cidercraft Magazine’s in 2017. (Kingston Black is a 19th century varietal originally grown in Somerset, England. Many consider it to be the very best cider apple.) Their Pippin Cider is another single varietal cider, this one made from apples that were a favorite of George Washington and Thomas Jefferson.

Their Wild Fermented Cider was one of the first hard ciders I tried and I found the flavors complex and interesting and the dryness refreshing.  Usually, yeasts are carefully selected by cider makers to ferment the apple juice, but with wild fermentation, flavors are more difficult to predict. This cider made me stand up and take notice and explore this beverage further. 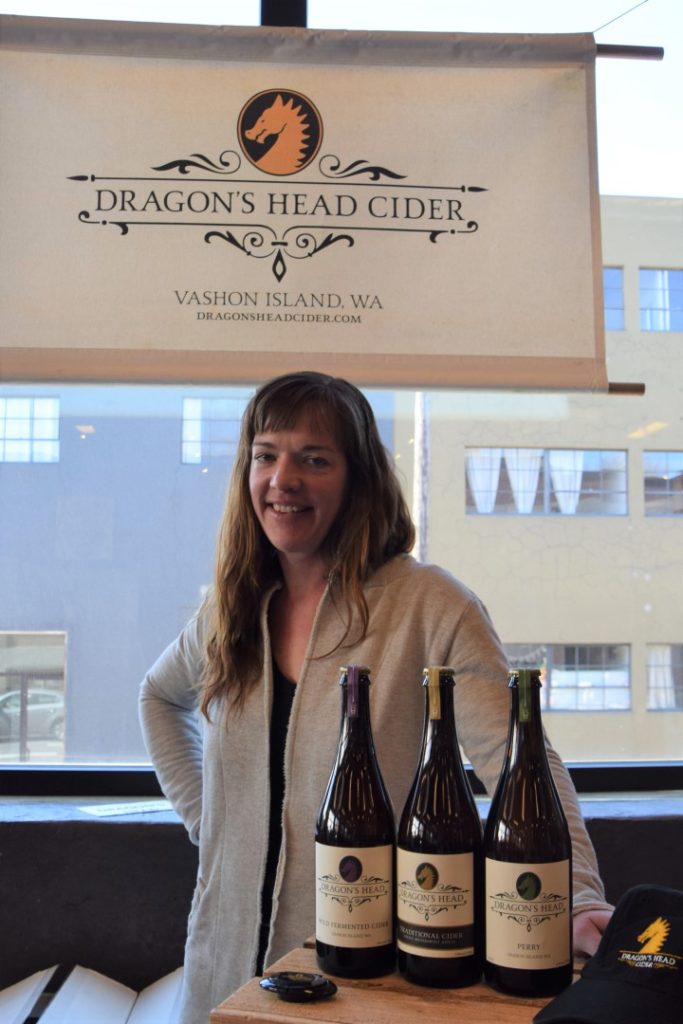 Christine Walker grew up as one of six siblings living on a farm just south of Portland her family has owned for five generations in Gervais, Oregon. When the question of making cider came up with the family and the knowledge that her great-grandfather had made cider before Prohibition from cider apples later torn up from the property, it was Christine, armed with a degree in biochemistry, who set about to revive the craft.

Today, Bauman’s Cider produces a line of both traditional and modern cider. They came to Rite of Spring with their Loganberry cider (very fruit-forward, not overly sweet at all), Orange Blossom, and their flagship traditional cider, Clyde’s Dry, with its great tannin structure. They also sampled their finely-crafted wild-fermented, Pinot Noir grape skin and apple blend, Rose of Pinot. 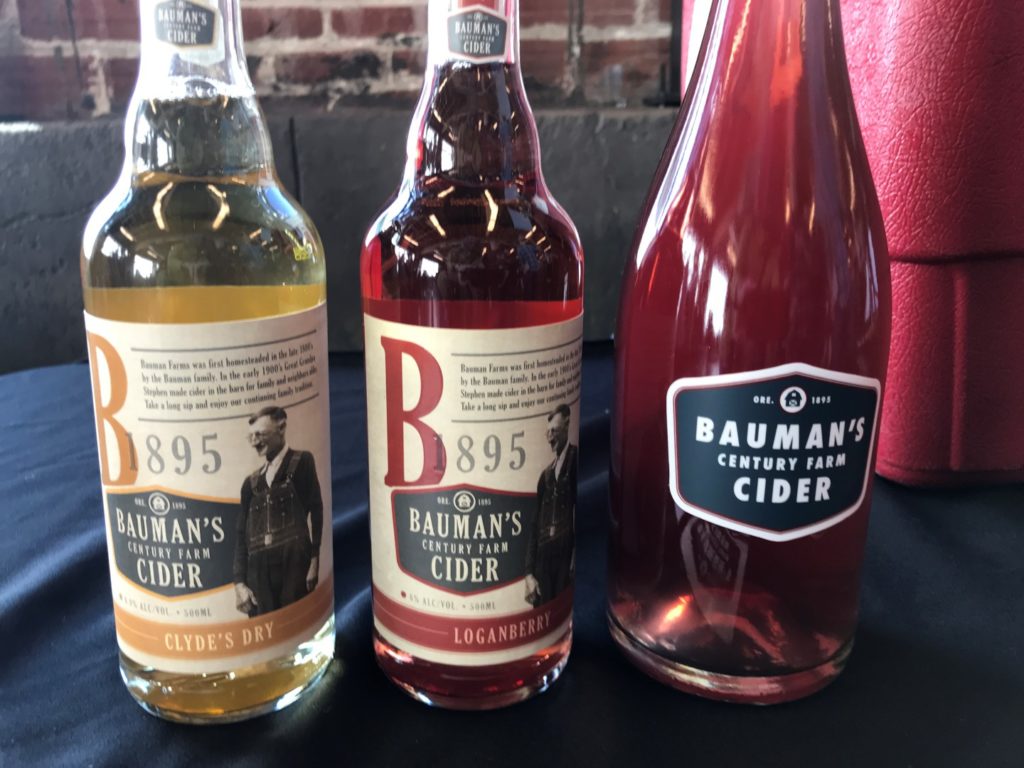 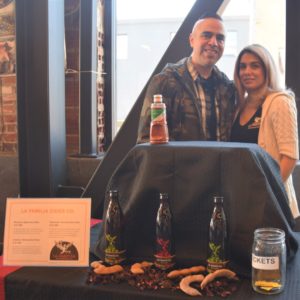 My favorite flavor of Mexican soft drinks, or aquas  frescas is tamarind—and is now available in a hard cider from La Familia Cider. I was pleased to speak with Jose Gonzalez about his new venture. Rite of Spring was Jose and Shani Gonzalez’s first time with a cider festival booth and they were a well-received addition. Their Manzana and Jamaica (hibiscus) ciders are great additions to the market too. They officially launched on Cinco de Mayo last year, and Gonzalez says the flavor profiles of their ciders are based on his mother’s recipes. 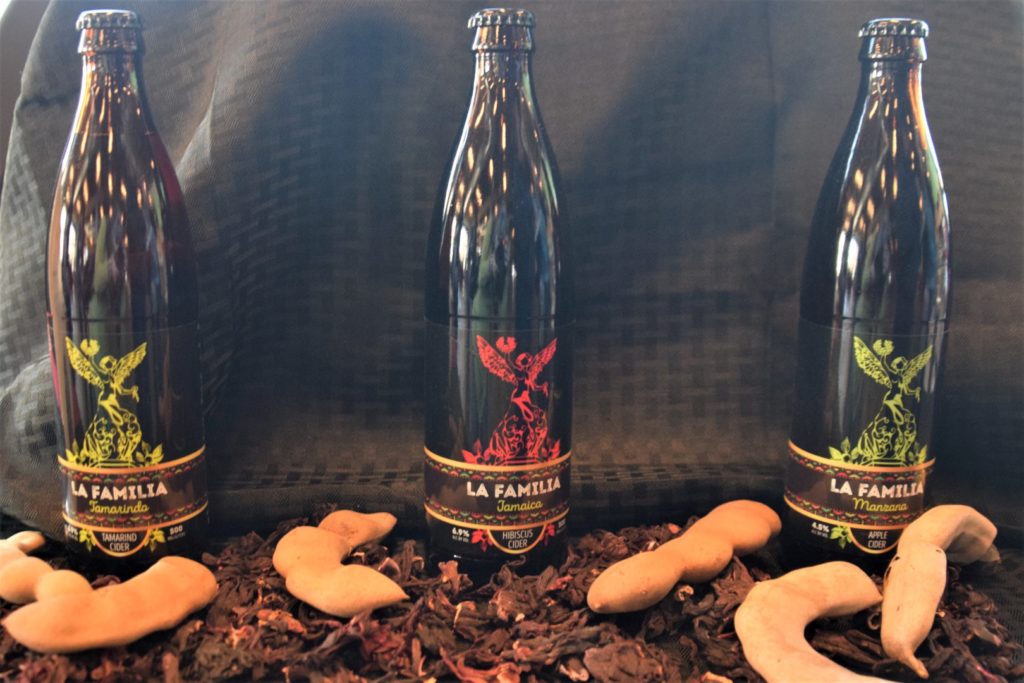 Finnriver Farm and Cidery will always be at the forefront of Pacific Northwest cideries. From their organic farm in the Olympic Peninsula, co-founders Crystie and Keith Kisler and Eric Jorgensen produce a large portfolio of traditional craft ciders, contemporary ciders such as their dry-hopped and black currant ciders, seasonal botanical ciders, and sparkling ciders. They make the most wonderful cordial-style dessert wines, and port-style fortified wines. They brought their Solstice Saffron and Black Currant ciders to the fest. I swooned over their Pommeau, their traditional French blend of apple juice and apple brandy. 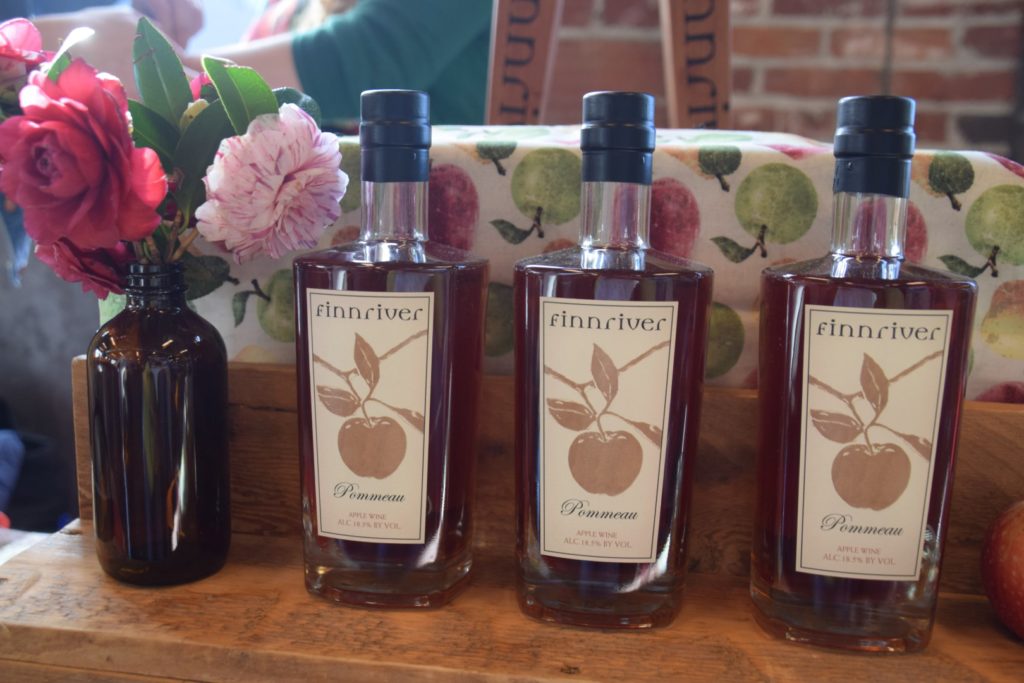 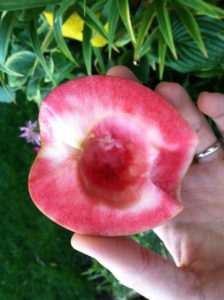 Lars Ringsrud’s Snowdrift Cider Company makes ciders that have been early favorites of mine. He uses apples from heritage varietals grown on the farm established by his family in the 1940’s. He first discovered cider in 2003, set about planting trees and learning to make the beverage and has been selling his ciders now since 2009. 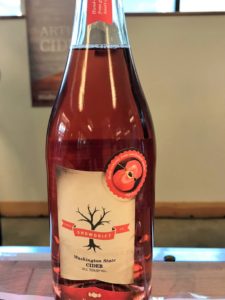 Snowdrift Cider’s Rose Cider is made from red-fleshed apples

Lars and company have been making rosé or “red” cider early on. They use a blend of eight different red-fleshed apple varieties from Switzerland. Rosé ciders have grown in popularity and there were a few represented at this show. Defining the style is still up for grabs (whether to include hibiscus or red fruit-infused ciders, for example) but for my money, rosé ciders may just be defined by Snowdrift’s Red Cider. Another excellent choice is their semi-dry Orchard Select. It’s a cider that pairs well with perhaps the widest variety of foods; a sure bet. 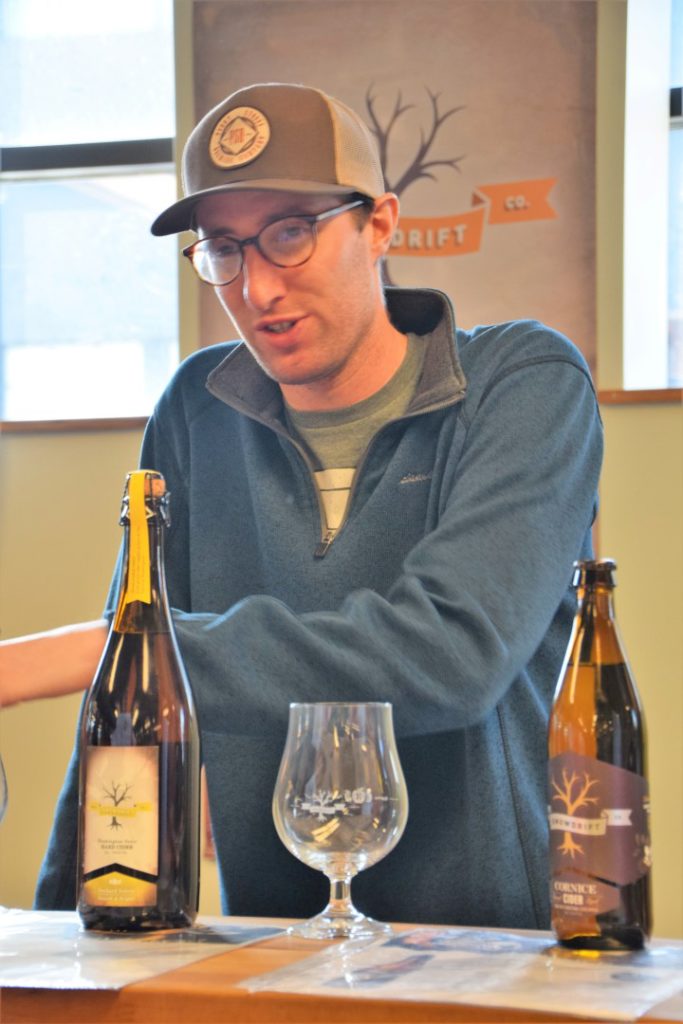 Mike Thierfelder, brother Nathan and their mother, “Mama Gibson” have started their cidery with what to me is a great portfolio of ciders. They make “unapologetically bone dry” ciders and each of the ciders they shared at Rite of Spring was spot on. Their Americana is a Spanish sidra-style that hits all the right notes for tartness and astringency. Heritage uses partially wild-fermented yeasts, and is crafted from French and English bittersweet apple varieties and American heirloom apples. They also brought Double Barrel Ice Cider, aged six months in a whiskey barrel. Ice cider, like ice wine, takes skill to work with and this cider, with its concentrated flavor, high alcohol content, and sweetness makes an excellent dessert cider.

Mike is the cider maker of the trio. He sources apples from family-run, smaller farms, presses the apples while still in the orchard, and then makes cider from his garage in Northeast Portland. (A story we’ve heard repeatedly from what are now some of the largest and most established cideries in the Northwest.) 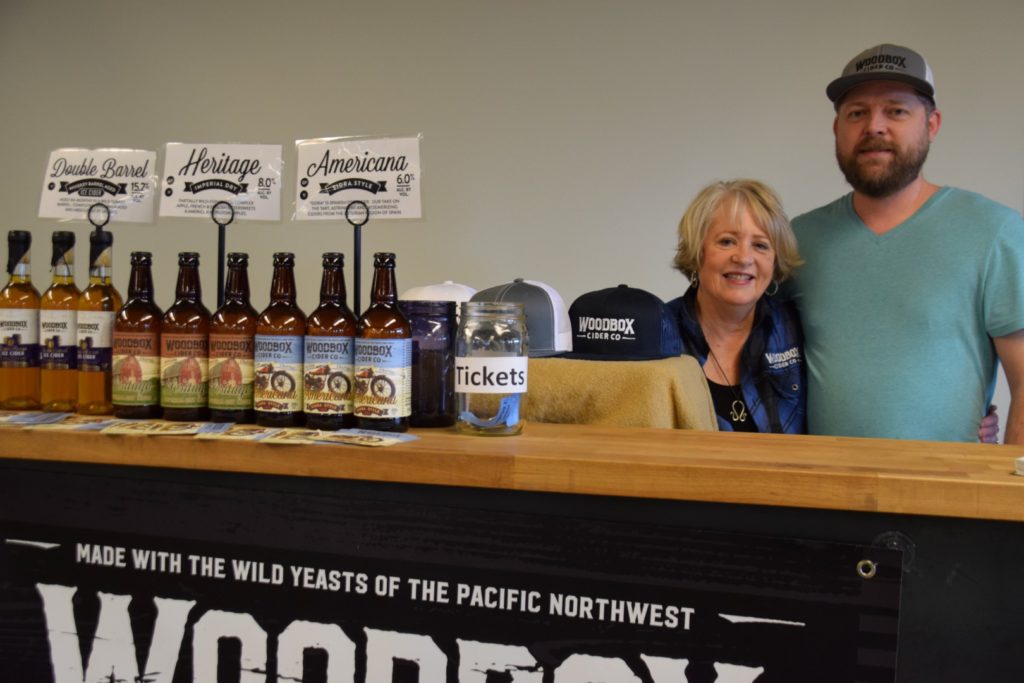 For Mike Thierfelder, Woodbox Cider Company is a family effort

Olympia, Washington based Spire Mountain is part of the Fish Brewing Company, which produces lines of wines, beers, and spirits, as well as Spire Mountain ciders. Their ciders are distributed throughout the Northwest, as well as in some states in the Midwest and Southeast.

Crisp and Dry has an admirable tartness and great balance. I missed the chance to taste the Smoked Blueberry, but was intrigued by this traditional cider with blueberries, and infused with apple wood smoke that they say adds body. Dark and Dry is a dessert style cider with great caramel flavors and body. 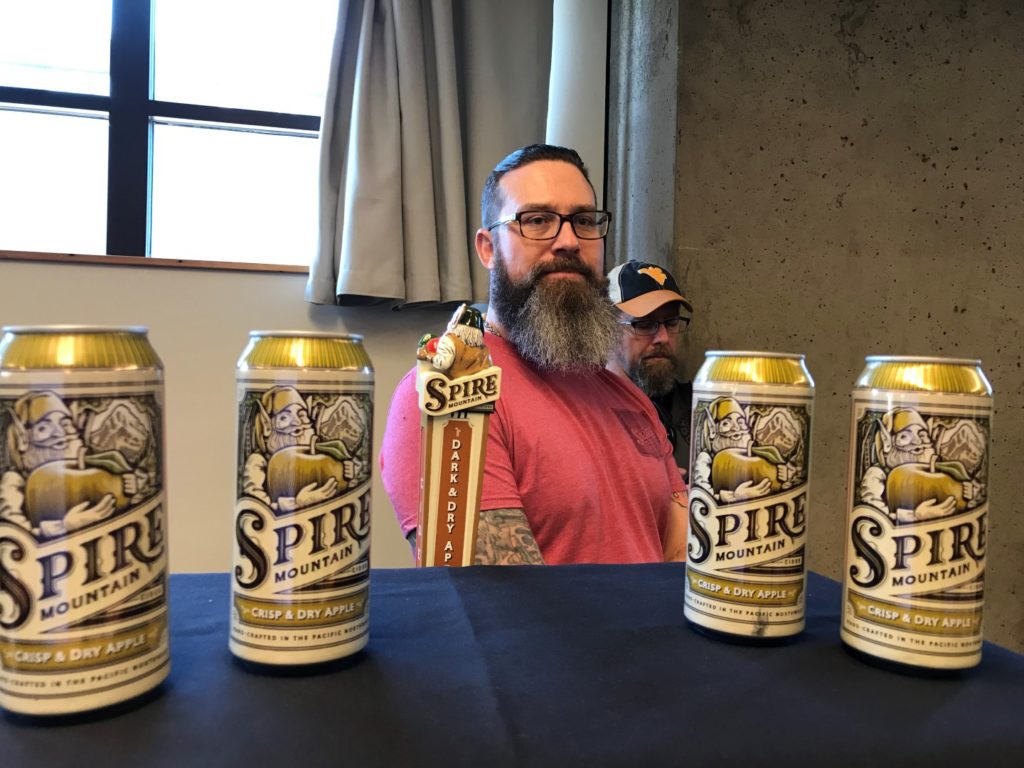 Mark Bailey convinced wife Jeanette, son Keenan, and friend Allen Gould to help produce cider from apples from his orchard in Carlton, Oregon in 2008. There were only two other Oregon cideries at that time. They’ve stayed true to their original vision; making high-quality ciders from fruit grown in their orchards.

They brought two of their ciders to Rite of Spring. Mad Perry has a bright mouth feel with flavors from added high-quality vanilla beans and cardamom they’d grown themselves. Summer Set is a top award-winning cider with all the best aspects one looks for in a traditional cider. The best place to try their ciders? Visit their Growlers Tap Station & Cider House in McMinnville. 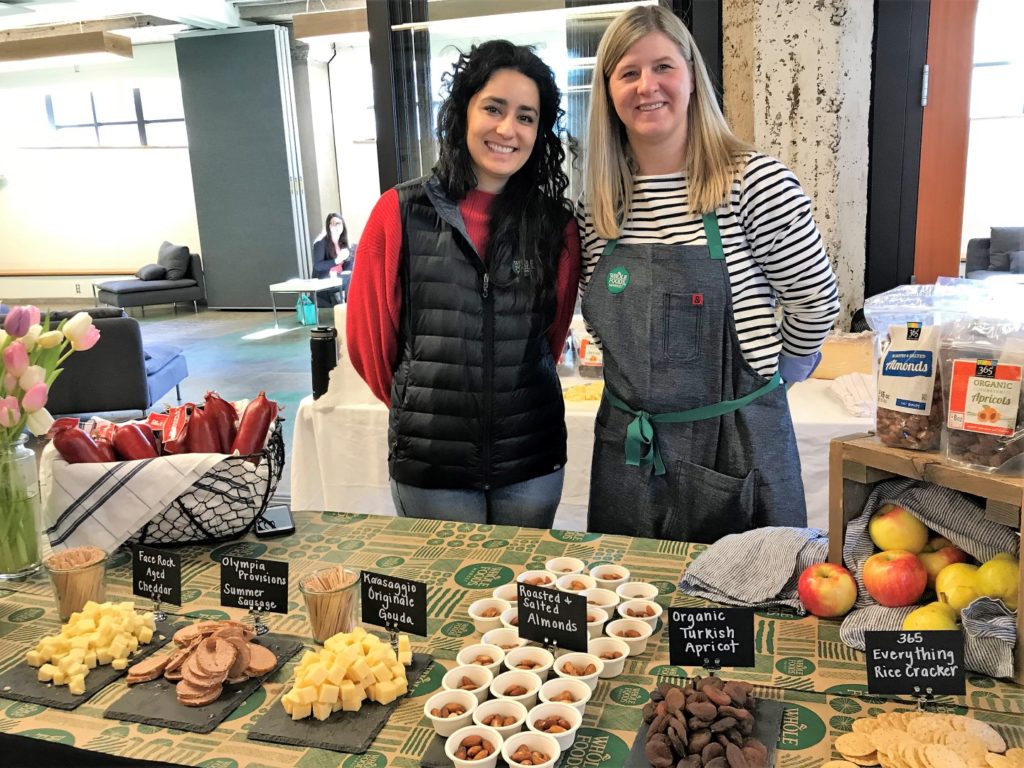 Many Whole Foods stores carry a great selection of ciders. They were on hand at the fest with some tasty snacks that paired well with ciders.

Cheers to spring and cheers to another great year of apple growing, cider making, cider festivals and cider tasting.

Ajijic, Jalisco on Lake Chapala: A Mexican Village with Heart

GREAT piece Nancy. I’v started to try hard ciders. Lots of fun. I had a few while in Oregon last year, but none that you write about. I’ll give some of these a try when I return to the NW. Thank you for sharing, MaryGo

Thanks so much, Mary. I’ve been drinking cider now for only about four years myself, but I really enjoy them and just love the growth and energy of the people working in the industry. Yes, the Northwest is really offering a lot, as is the Northeast and really where ever apples are grown. Thanks again and hope you’ll try some of these and discover some of your own favorites too.