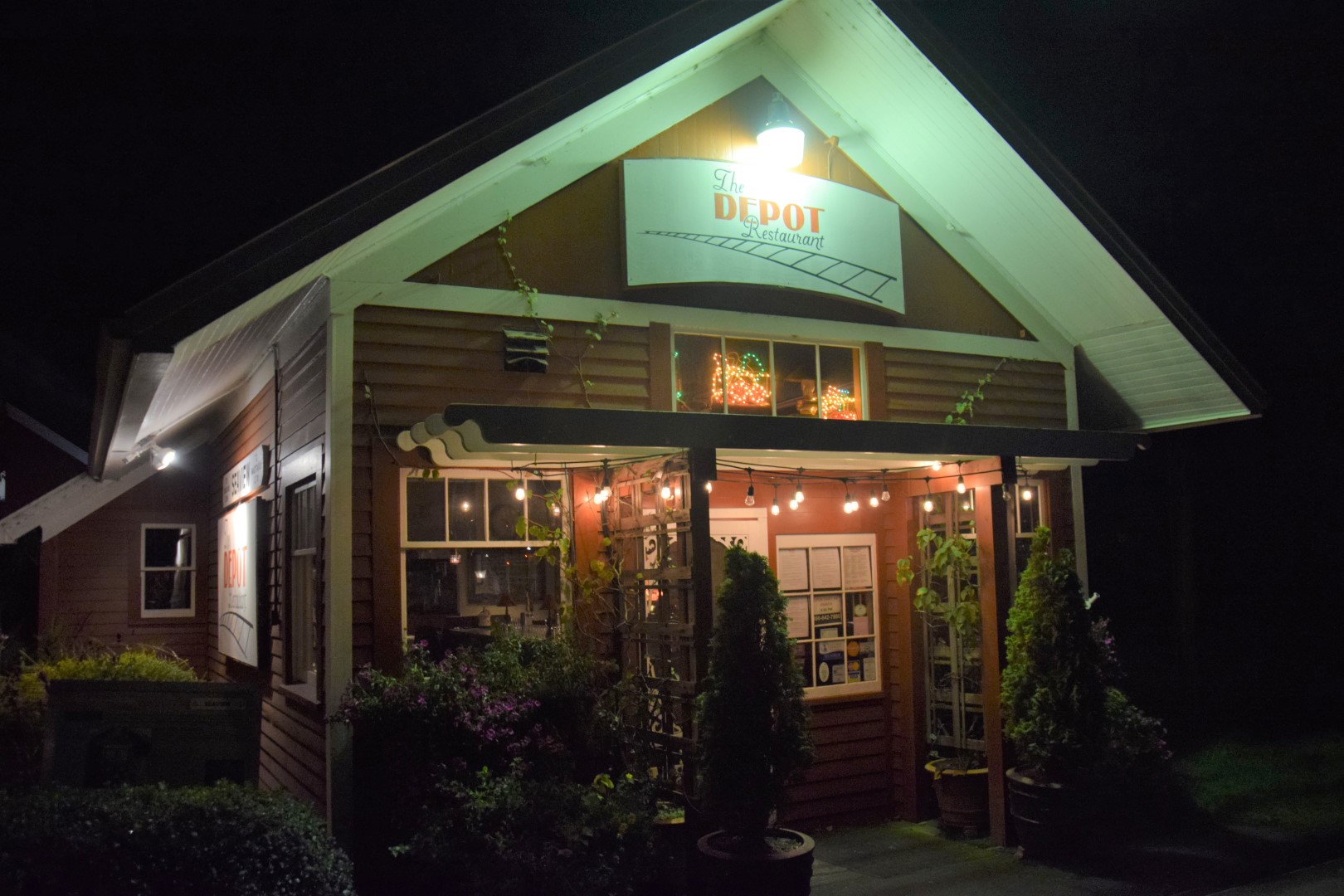 The Depot Restaurant on Long Beach Peninsula holds a history very much tied to the history of Washington’s peninsula on the state’s southern-most corner. The building that houses Michael Lalewicz and Nancy Gorsche’s casual fine dining restaurant was originally built in 1888 and served as Seaview’s train depot.

Long Beach Peninsula grew in the 1870’s as a place Portland and Astoria’s wealthy came to spend summers. It was the train, known as the Clam Shell Railroad that helped the area grow. Before the railroad, people arrived by steamboat down the Columbia River, transferred to a smaller steamboat that took them to the port of Ilwaco, and then by horse-drawn wagon with their trunks and suitcases to wherever they would spend the summer. (Many of these Victorian-era homes and buildings still exist, including the historic Shelburne Hotel just blocks away.) 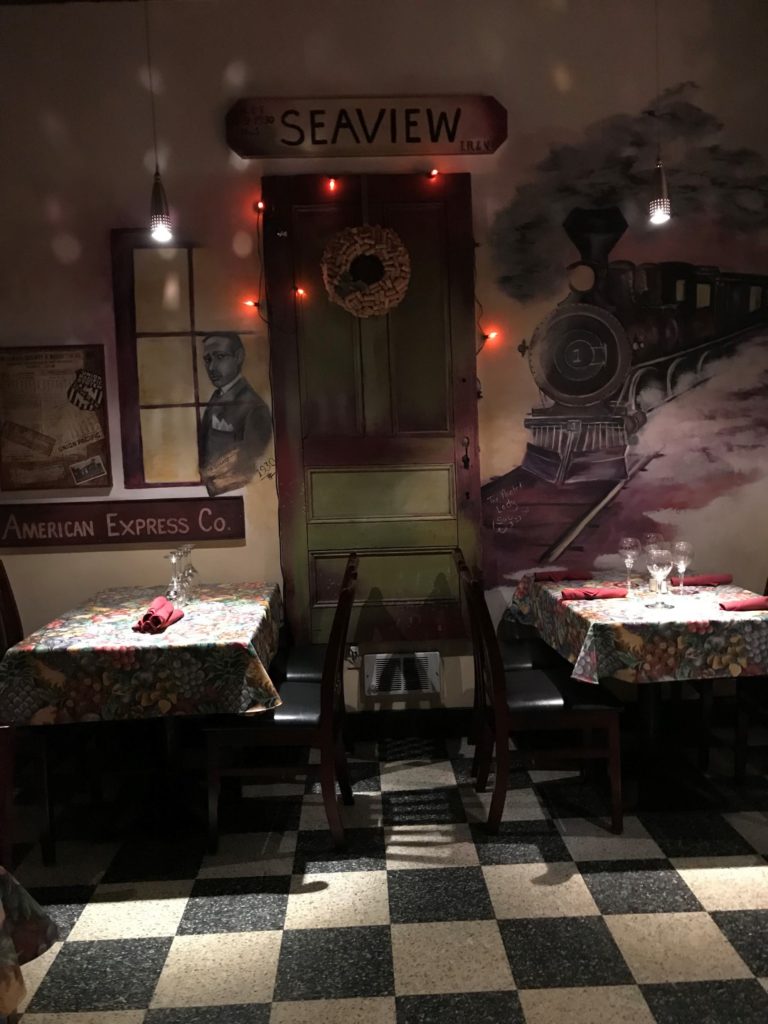 Ahead of the Times and Now Part of the Wave

Just as the railroad paved the way for the area, the Depot Restaurant was one of the first restaurants to offer fine dining. Today, modern roads make the trip to Long Beach Peninsula easy, and you have your choice of numerous great places to eat.

When the husband and wife duo first opened the restaurant in 2003, Michael said, “The majority of diners were still looking for steak for themselves and chicken fingers for the kids. I said ‘Nope.’ I was at a point where I wanted to work in parameters that I set for myself. I was putting things out like salads with roasted cherry vinaigrette.”

That said, they’re no snobs. “A good burger is a beautiful thing. Our Wednesday night Burger Nights from October to mid-June are very popular!” (Although you can choose between beef, buffalo, portabello or oyster burgers.) 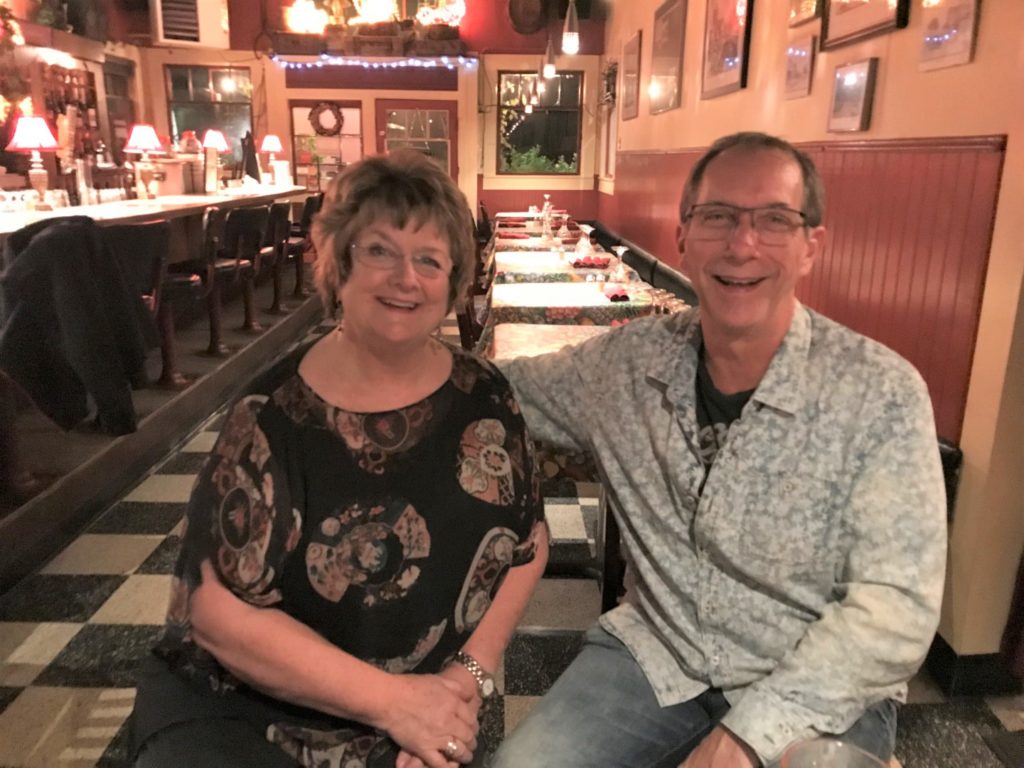 The Depot Restaurant has a feel reminiscent of a French bistro or Italian trattoria, with meals that alone make the trip worthwhile. There’s bar seating perfect for that afternoon glass of wine and romantic, deep red décor that sports a touch of ‘50’s diner whimsy. 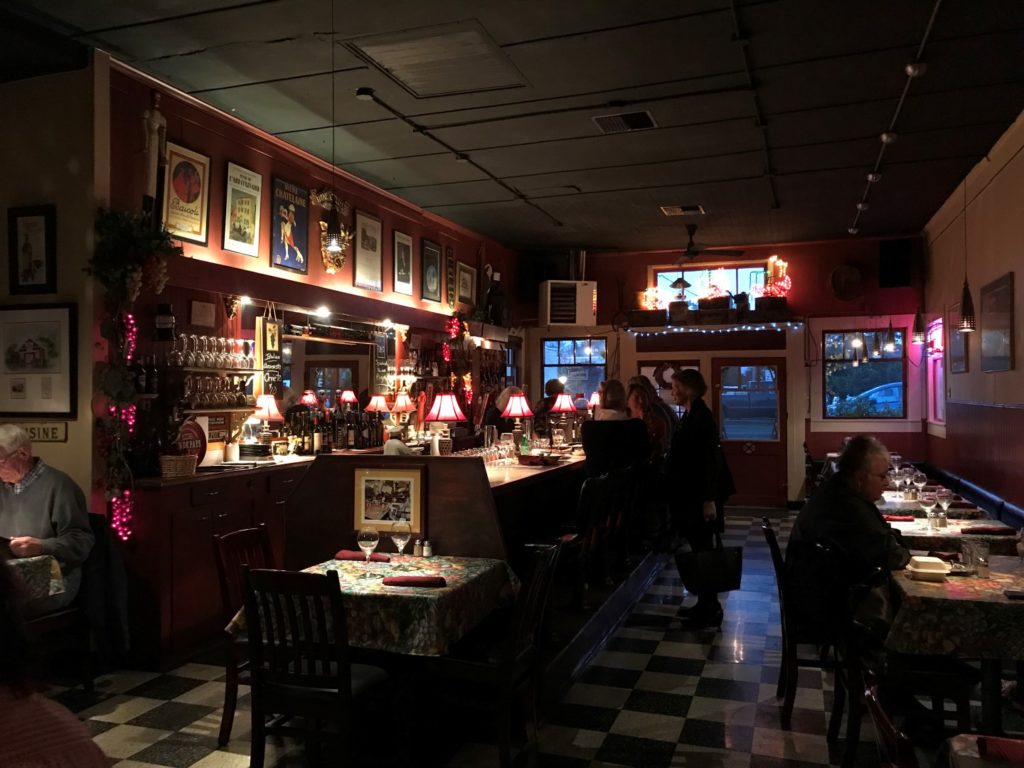 Romantic and fun, the Depot Restaurant is a perennial favorite. (Photo Nancy Zaffaro)

Chances are Nancy herself will greet you and you’ll see Chef Michael in the open kitchen at the back of the restaurant right away.

“I’m here all the time,” Michael says. That’s not a complaint. He goes on to describe how thoroughly he enjoys the process of prepping the kitchen for dinner service, the moment the first customers enter, and the rest of his day through closing up at the end of the evening. And there’s enthusiasm as well for the time he spends coming up with new recipes. 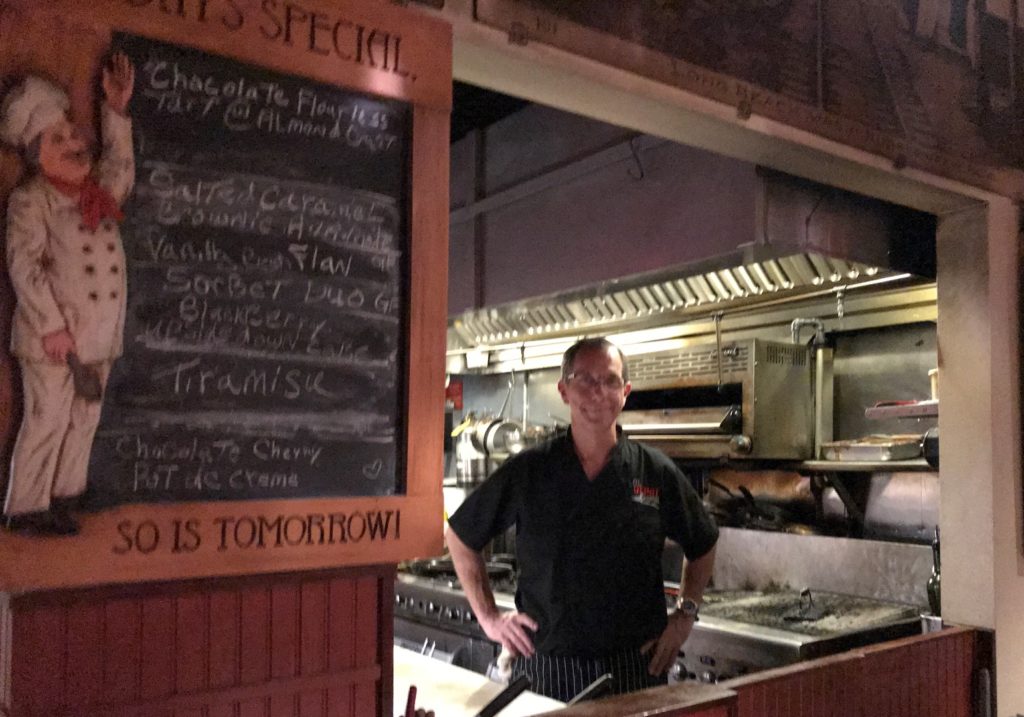 Michael and Nancy admit the restaurant took a while to find their patrons. With their savings at stake, yes, Michael had moments of questioning himself and wondered if they’d made the right decision. But the award-winning restaurant found its clientele in both tourists and in residents and is a perennial favorite.

Michael has a long history as a chef. Originally from Detroit, he’s lived in numerous cities across the country and traveled a great deal internationally, all of which shaped how he likes to cook today.

“I’d already been cooking professionally for years, and I was 33, 34 when I finally went to culinary school. I was with all these kids. But I think it was easier for me to develop my own style of cooking.”

Nancy meanwhile, has had a long career in hospital management, and also takes cares of day-to-day restaurant management. She’s a welcoming host, and the two together are great storytellers and fun to visit with, if you get the opportunity.

It was fall harvest season when I dined at the Depot. Wild mushrooms, oysters and cranberries were in season—each local specialties on the Peninsula. Dining with a group is all the better to see and sample a bit more on the menu.

We started with a special appetizer; Oysters ‘Scargot, a playfully named dish of Willapa Bay oysters in a garlic lime butter. They’re quick-broiled in an escargot pan. The flavors were fabulous while retaining their fresh, raw brininess. 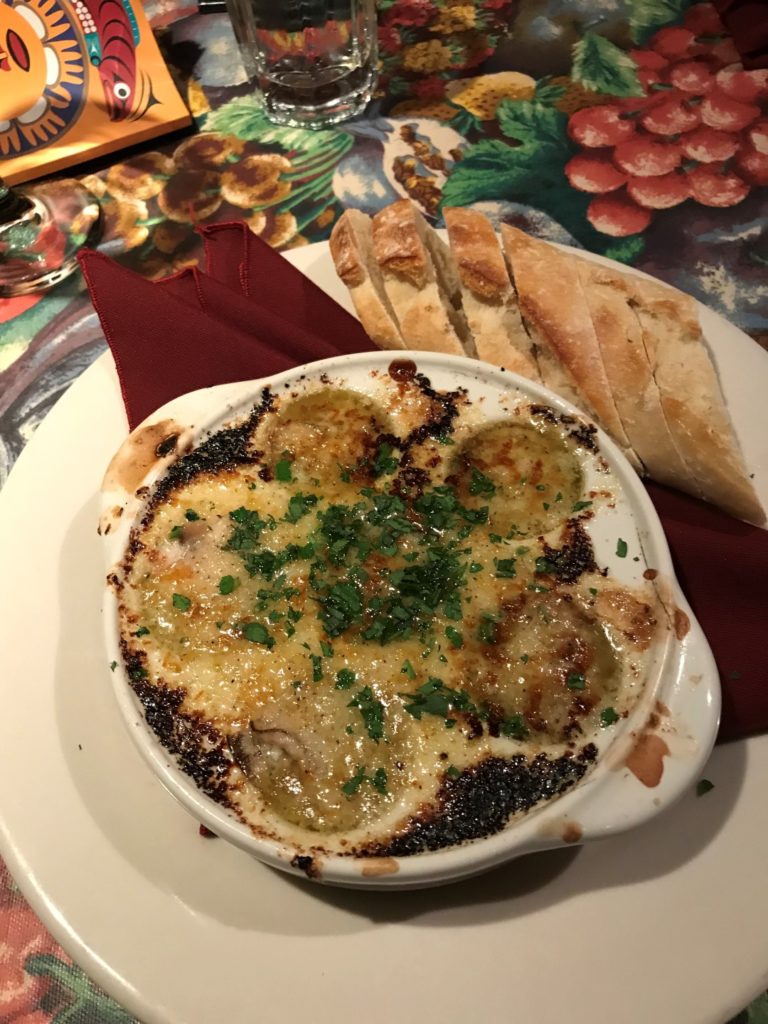 Risotto is a favorite dish of mine, and I certainly appreciate a well-prepared rendition. I also love wild mushrooms. We shared an order of the Wild Mushroom Risotto and it truly couldn’t have been tastier or more perfectly done. 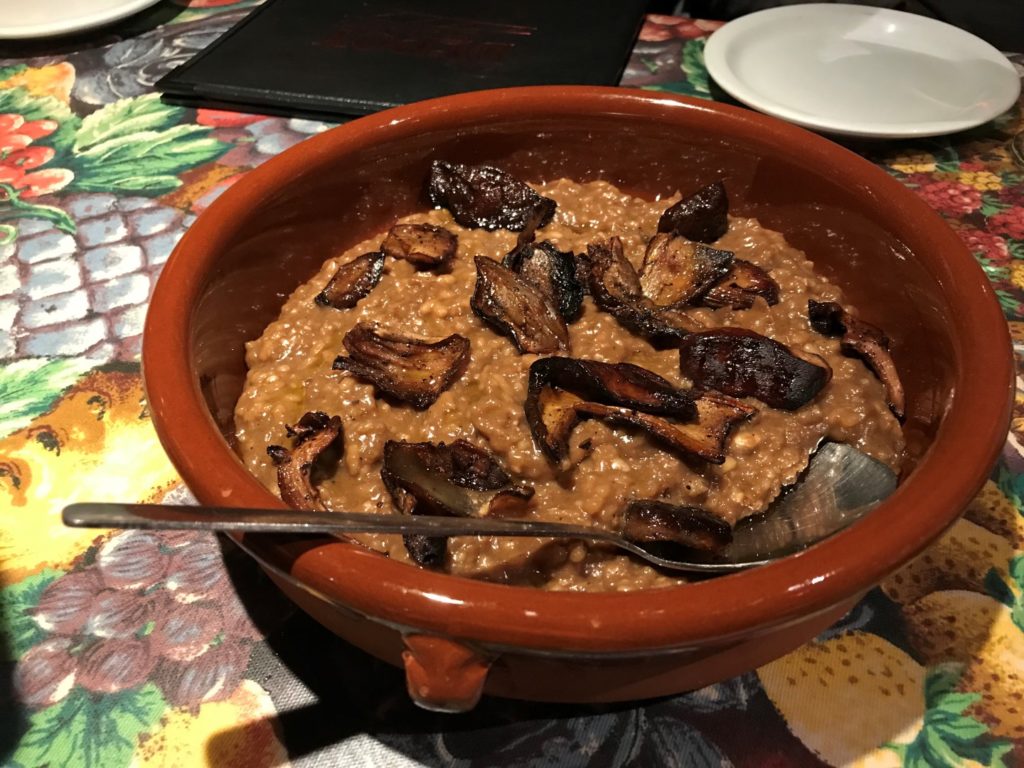 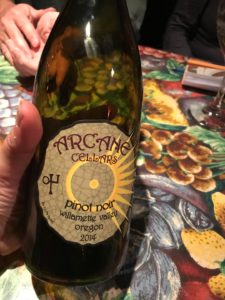 We took Nancy’s wine recommendation and a 2014 Pinot Noir from Arcane Cellars managed to pair well with everyone’s entrée; no easy task. Only 504 cases of this Willamette Valley, Oregon wine were produced and I recommend exploring their wines further.

My lamb shank was slow-braised in red wine and tomatoes, and served with saffron basmati rice, chickpeas, and pine nuts, and topped with garlic, parsley, and lemon. 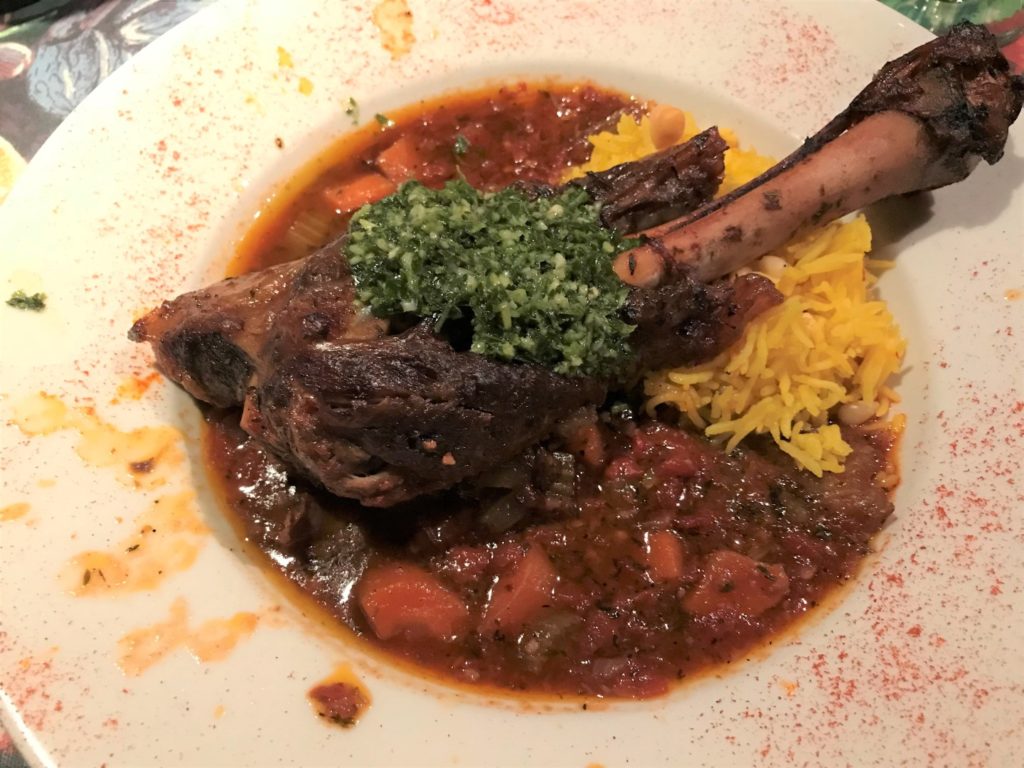 The pan-seared quail was stuffed with house-made wild boar sausage and wrapped in bacon. It was served along with wild rice with toasted hazelnuts and dried cranberries and topped with a honey mustard gastrique. 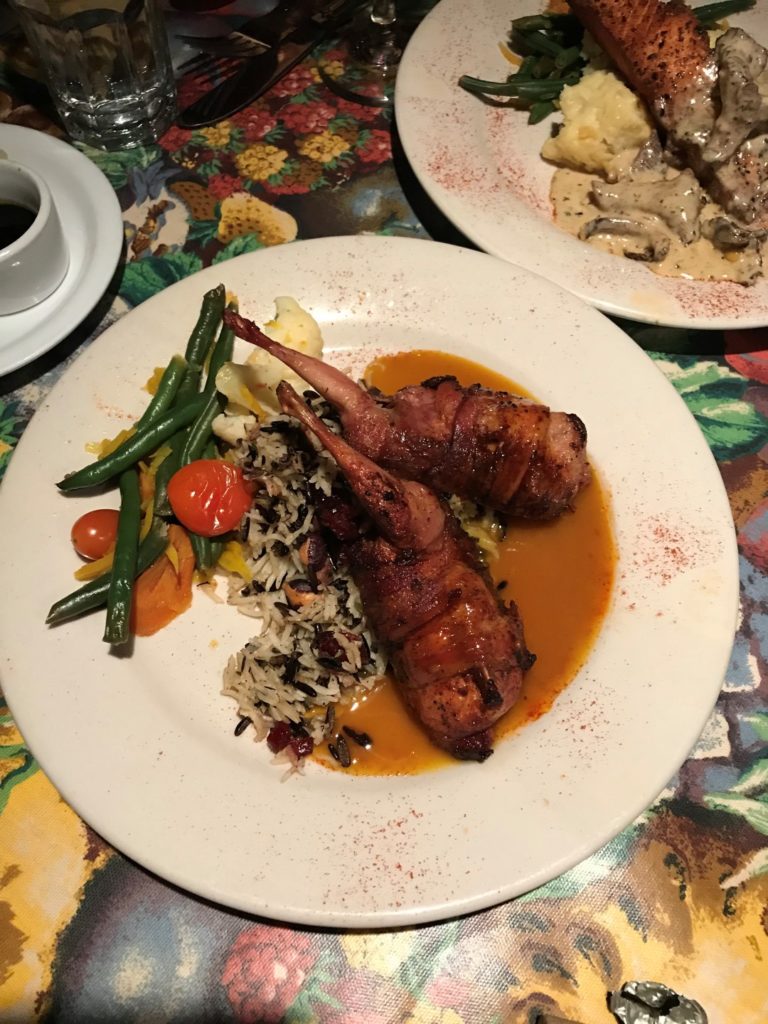 Quail, stuffed with house-made wild boar sausage and wrapped in bacon smelled and tasted as good as it looked (Photo Nancy Zaffaro)

Grilled Salmon arrived with mashed potatoes, fresh mixed vegetables and a creamy wild mushroom sauce. Seafood is of course a specialty on the Peninsula. 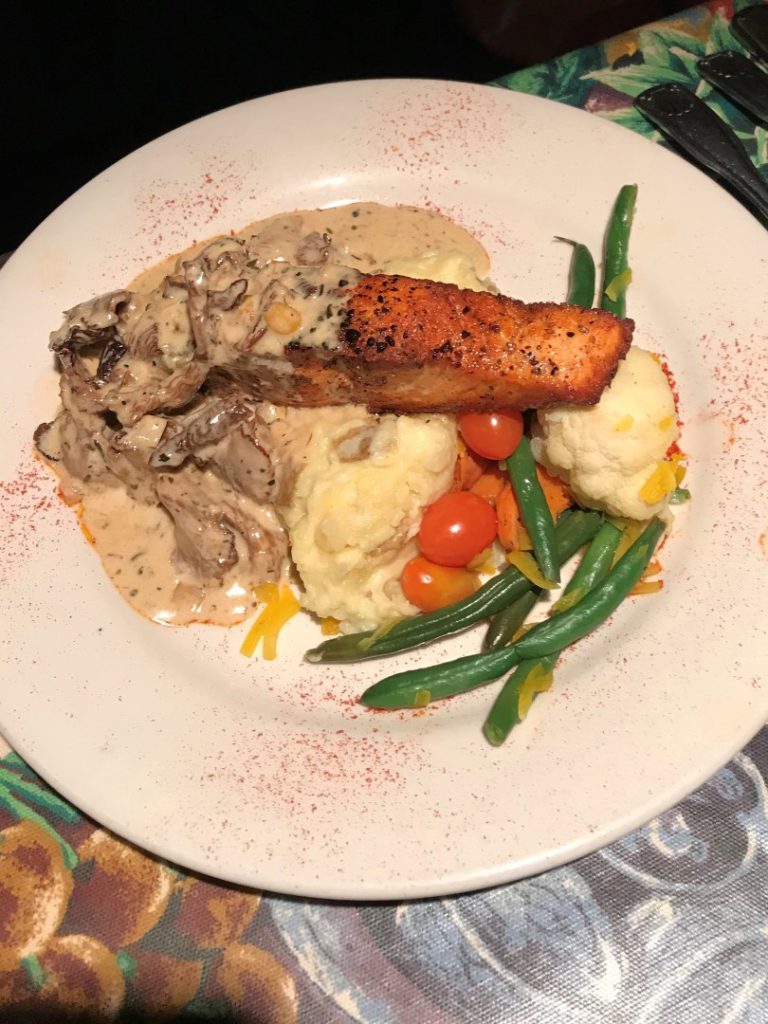 The special of the day was a salmon dish, always a favorite (Photo Nancy Zaffaro)

Each of the entrees was impressive for their preparations and choice of accompaniments. Presentation was great. Service was friendly, relaxed and efficient.

The list of desserts was each appealing, and we ended up sharing bites of a few selections. My favorite was the salted caramel chocolate brownie. 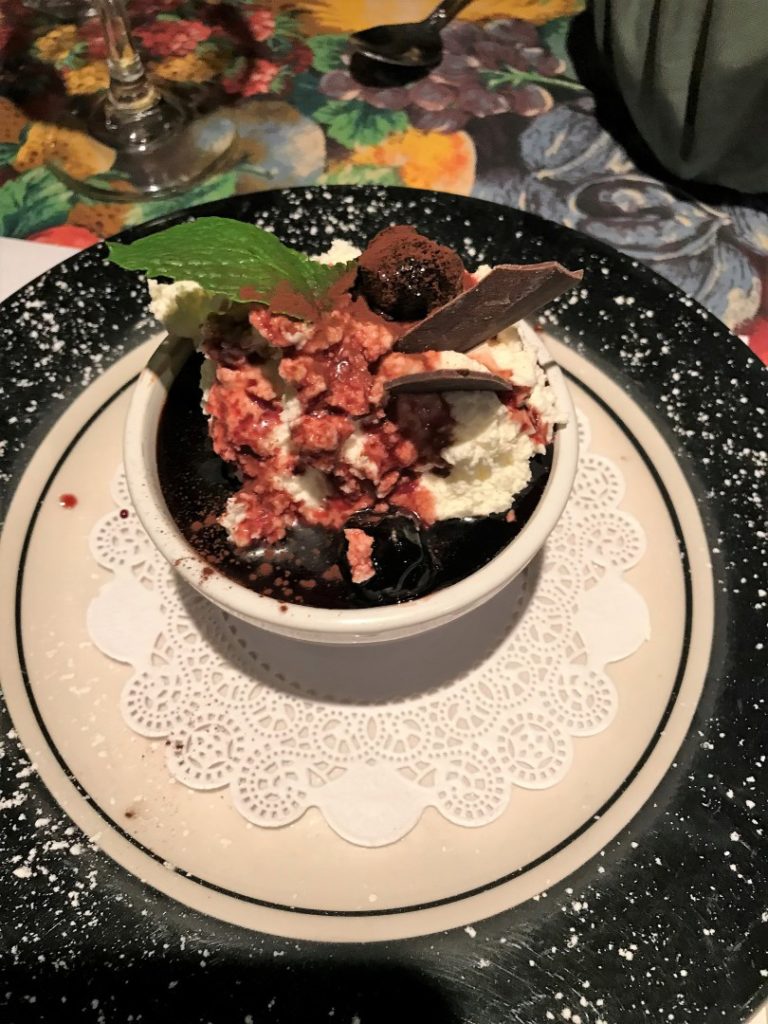 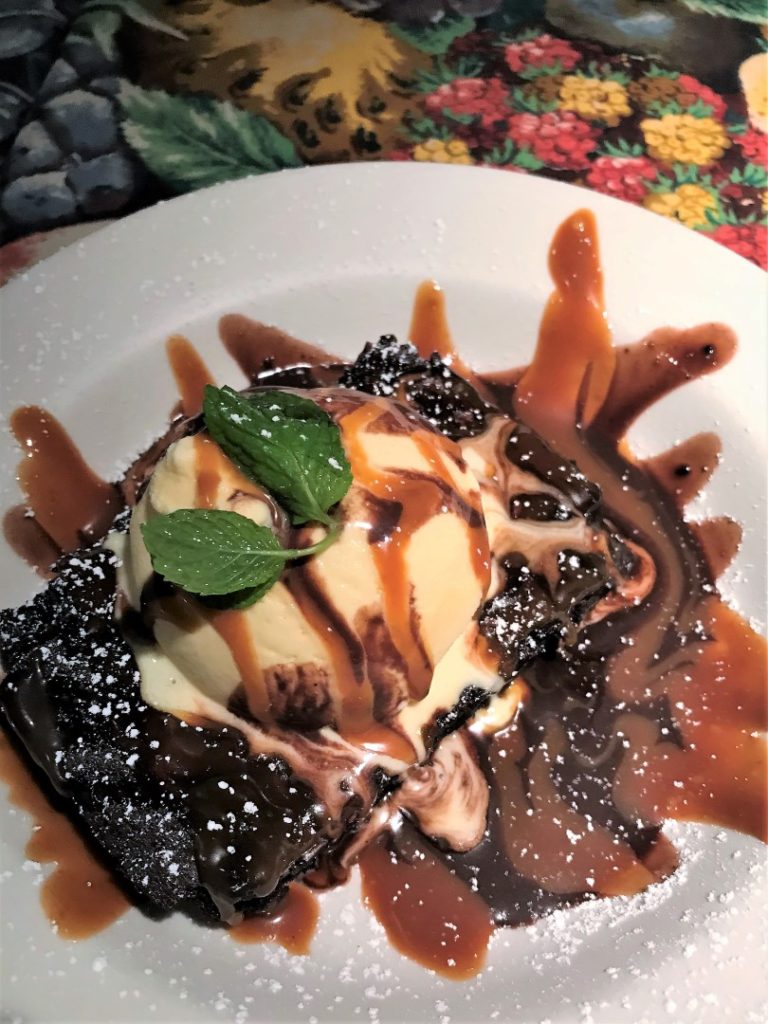 Long Beach Peninsula is a great place to visit any time of the year and a meal at the Depot Restaurant will make your trip all the more memorable.

Two Mexican Soup Recipes For Any Time of Year

Thank you so very much for coming to visit us. We hope you can return soon!

So glad you like. Yes, I hope I can return soon, and I definitely recommend a trip out for our readers!