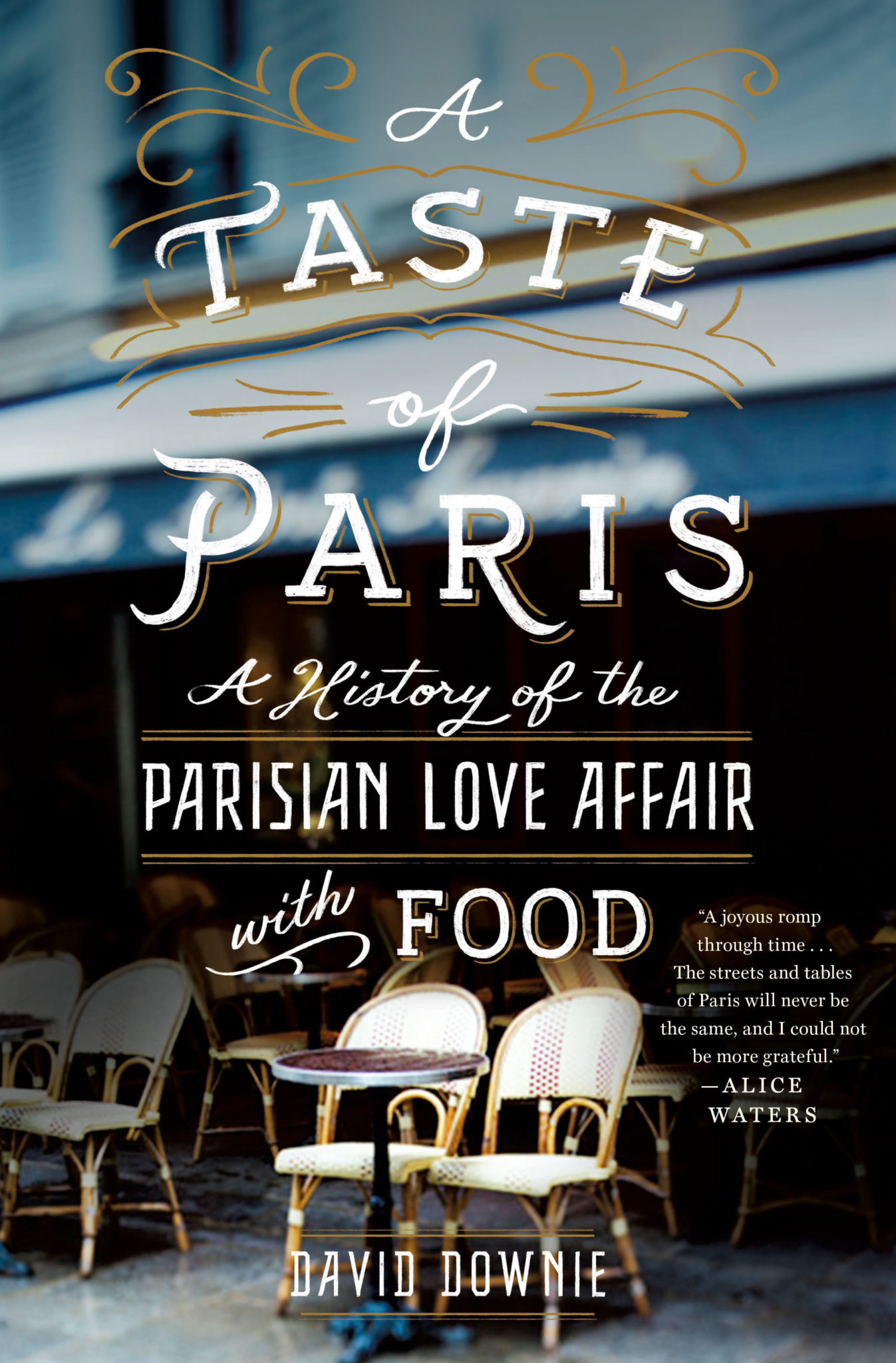 David Downie is a best-selling author and tour guide who grew up in San Francisco and moved to Paris thirty years ago. He brings his trademark enthusiasm and passion for everything French to A Taste of Paris: A History of the Parisian Love Affair with Food.

About David Downie and Taste of Paris

I gave A Taste of Paris: A History of the Parisian Love Affair with Food to several Francophiles on my Christmas list. Why? David Downie is completely brilliant but he doesn’t take himself too seriously. He’s a skilled writer and scholar who never lets his erudition get in the way of a good story.

Downie explores the history of Parisian food culture from the beginning of recorded time to the present. We learn about the origins of the global devotion to French food and wine as well as the illustrious characters who helped create it.

A Taste of Paris has won the 2017 Gourmand Award for best food/travel book from the United States. The book will represent the U.S. in the world finals in May, 2018. 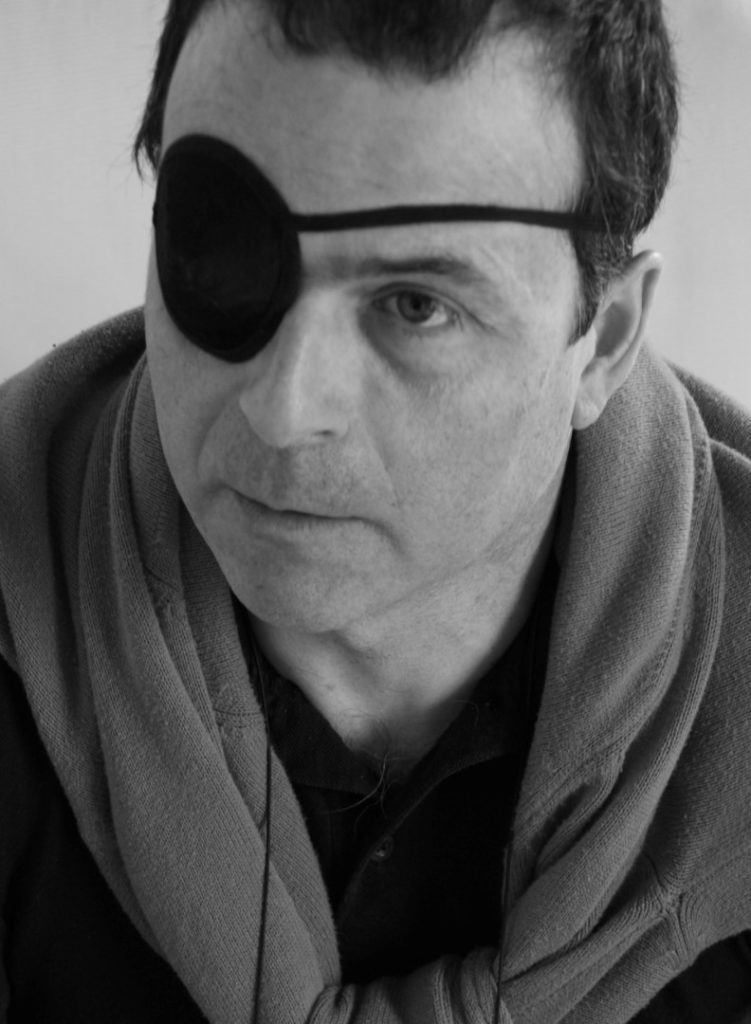 Stories Expats Can Relate To

The outdoor market quickly became my morning ritual when I moved to Paris. Fruit, vegetables, honey, eggs and cheese were a feast for the eyes as well as the palate. I watched as my neighbors tasted olives, figs, apples and Camembert. The merchants called out, “Allez-y, laissez vous aller et dégustez nos gâteries…”

I grew up in a suburb of New York City. My mother shopped for family meals for the whole week every Friday night. Like millions of American moms, she’d bought into Madison Avenue’s promise of the timesaving convenience of frozen dinners. I understood a lot more about nutrition by the time I had my own children but I didn’t plan my family’s meals around seasonal fresh produce until I lived in France.

I learned to appreciate food when I moved to Paris, but I suspect that, for David Downie, the love of food has been a life long affair. Reading A Taste of Paris is like an extended visit to a French outdoor market—with a time machine to take the reader back to the origins of French gastronomy thrown in for good measure. Downie uses humor, deep research and a lively writing style to tell a delicious history of cuisine going back to its first recorded beginnings in Paris. Thirty years in the city of light provided a prime vantage point from which to explore this story with the intimate understanding of an insider.

Sharing the History of Food in Paris with Wit and Wisdom

The Celts and the Romans in Gaul enjoyed eggs, fish and wild boar. Charlemagne loved arugula, watercress and lettuce. Roman Emperor Julian adored figs. And the famously gluttonous Louis XVI could eat “four servings of soup, an entire pheasant, a partridge, a big serving of salad, two slices of ham, garlicky mutton au jus, a dish of pastries, fruit and hard-boiled eggs” during the course of one dinner.

Known as Gaul in its earliest history, France was already famous for its indigenous cuisine when the Romans came calling. The natives ingested mutton, lamb, venison, fowl, oysters, fish, lentils, peas, leeks and squash, all washed down by a copious amount of cervoise (beer.)

Downie wears many hats: gourmand, detective, travel writer and memoirist.  He illuminates Paris, its arrondissements, Versailles, and the wider culinary world with a light touch. His curiosity and dedication guide him as he follows in the footsteps of Taillevent, the father of French cuisine, and Rabelais, creator of the voracious Gargantua and Pantagruel. He has an imaginary conversation with the ghosts of Grimod de La Reynière (an early food and restaurant critic) and Brillat-Savarin (epicure and gastronome who said “tell me what you eat and I’ll tell you what you are”) as the three walk near the Palais-Royal. And we join Downie as he narrates the events that may have taken place on the night of June 20, 1791. Marie-Antoinette and King Louis XVI escaped the palace with their children, but the ravenous king decided to stop for a breaded pig’s feet dinner on the way to safety in Austria. The royal family was recognized and arrested—and the rest is history.

It’s delectable fun to share in Downie’s peregrinations through time.

He explores royal and peasant cuisine with the same attention to sumptuous detail. He has an insatiable appetite for strange stories and unique characters and the ability to paint memorable pictures with words. Irreverence and good humor add panache to this dishy tour de force. As a matter of fact, A Taste of Paris whet my appetite. I’ve just ordered Downie’s Paris, Paris: Journey into the City of Light (Broadway Books, 2011) because I want to learn more. Downie’s winning combination of wit and wisdom is irresistible.

As Hemingway famously said, “If you are lucky enough to have lived in Paris as a young man, then wherever you go for the rest of your life it stays with you, for Paris is a moveable feast.”

At sixteen, Patricia Conover fell in love with Paris. She’s had wanderlust ever since. Patricia spent her early career as an editor at G.P Putnam’s Sons and Random House in NYC. Since then she’s written for publications including The New York Times, The International Herald Tribune, The San Francisco Chronicle, and The Oregonian. Patricia is a project editor and writer for Going Global, publisher of guidebooks for expats. Read about her adventures @ParisRhapsody.