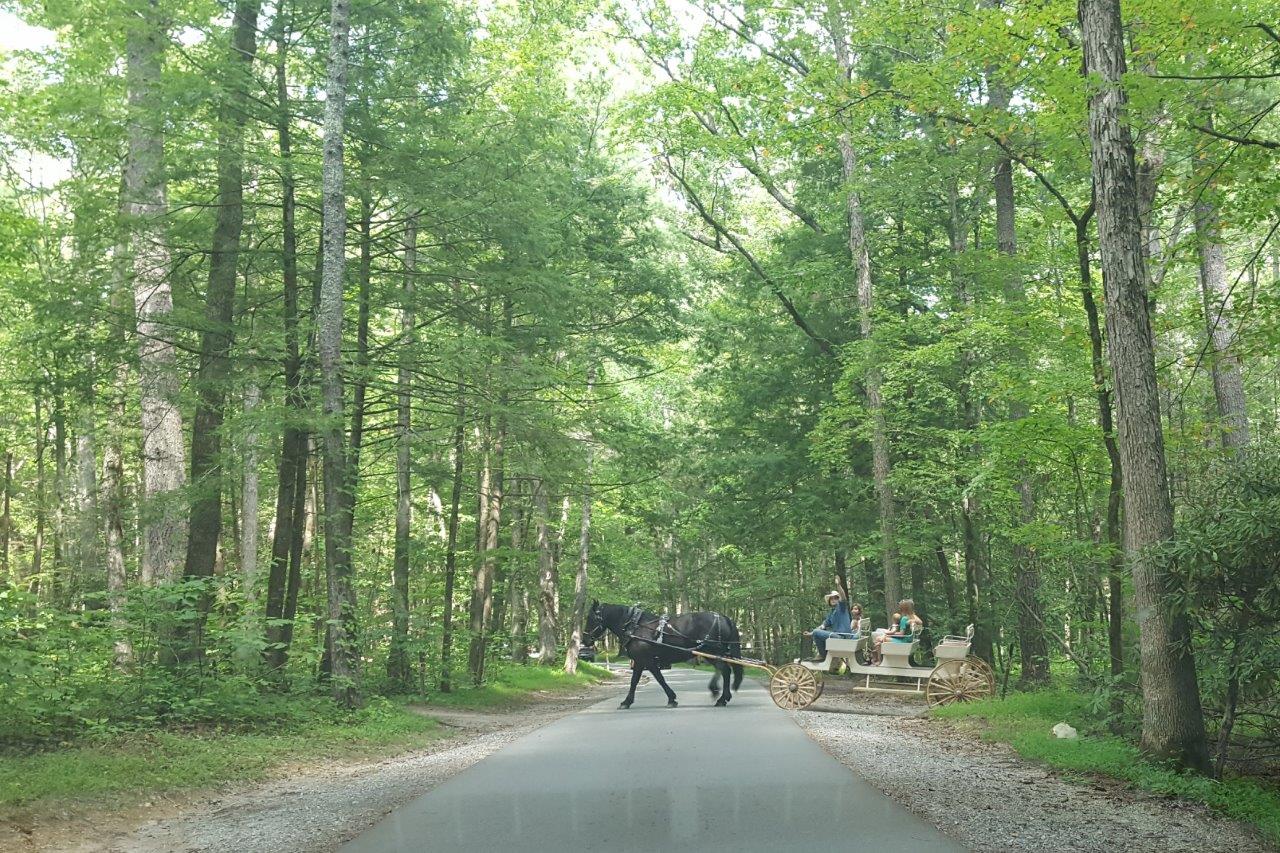 Nestled at the base of the Great Smoky Mountains National Park, Gatlinburg, Tennessee has been a longtime popular destination for all ages. In November 2016, wildfires threatened this mountain resort town and forced over 14,000 people evacuate the area. Since then, the town has recovered and is back open for business.

Something for Everyone in Gatlinburg, Tennessee

The main appeal of Gatlinburg is its location and beauty, offering a range of activities during all four seasons. Regardless if you are planning a weekend getaway or a week-long vacation, there is something for you in Gatlinburg. 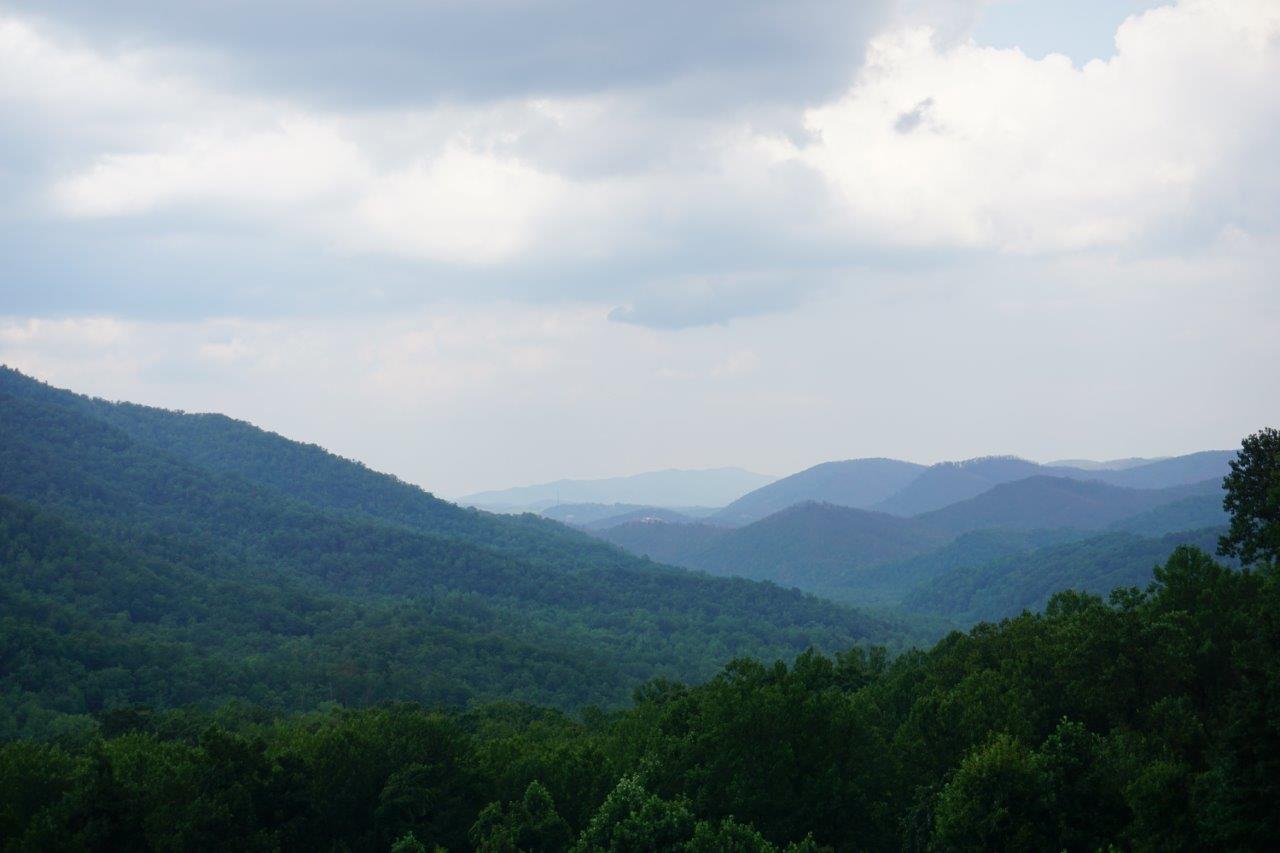 Gatlinburg, Tennessee is the gateway of the Great Smoky Mountains

Great Smoky Mountains National Park has 800 miles of hiking trails for visitors to explore. Whether you’re a beginner who sticks to leisure walks or an advanced hiker who wants more of a challenge with rocky terrain, you can find them both in the Smokies.

With six trails, one of the most popular hiking areas in the Smoky Mountains is Cades Cove. The majestic mountain views found in the cove is why it is considered to be the peaceful side of the Smokies. Cades Cove has an 11-mile paved loop that allows visitors to stop and get out of their vehicles to hike and check out various historical landmarks throughout the cove. Historical structures like The John Oliver home, which is Cades Cove’s first and oldest cabin, is located just a short walk off the loop exactly where it was built. 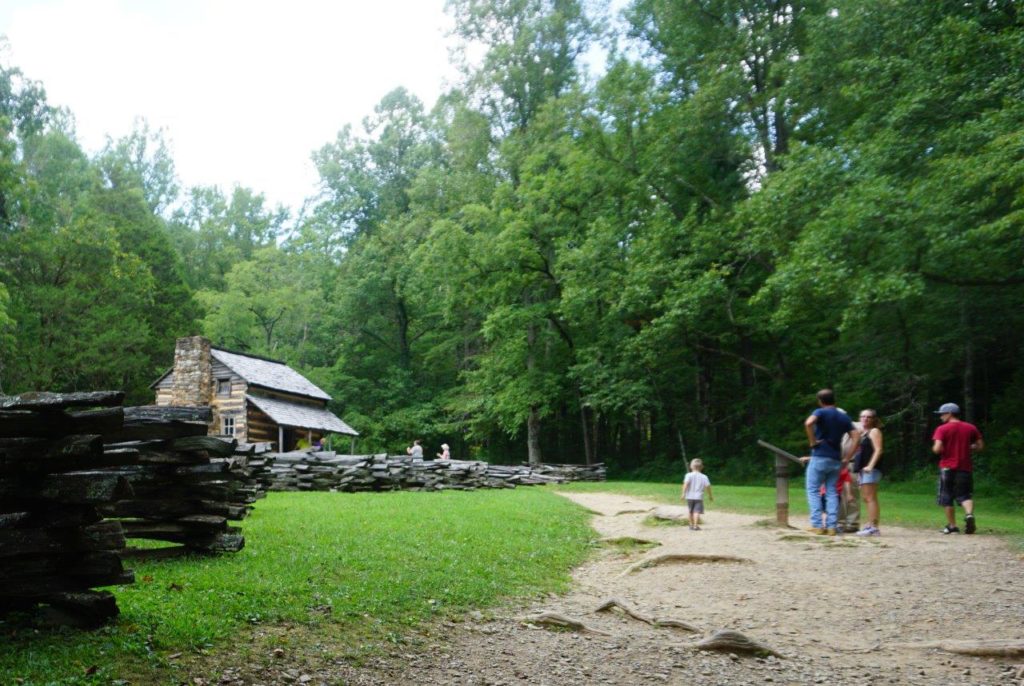 If up to the challenge,visit Clingmans Dome. The seven mile trail has scenic stops offering incredible views along the way. Clingmans Dome is the highest point in the national park. It’s also the highest point in Tennessee and third highest mountain east of the Mississippi. Reach the top and you’re rewarded with more amazing views, especially if you take the half-mile hike to the top of the observation tower. The observation tower is located at the summit of Clingmans Dome and has 360° views. The views can stretch up to 100 miles on clear days. The observation tower is open all year long. (The paved, yet steep road leading to the tower is periodically closed for inclement weather from December 1 through March 31.) 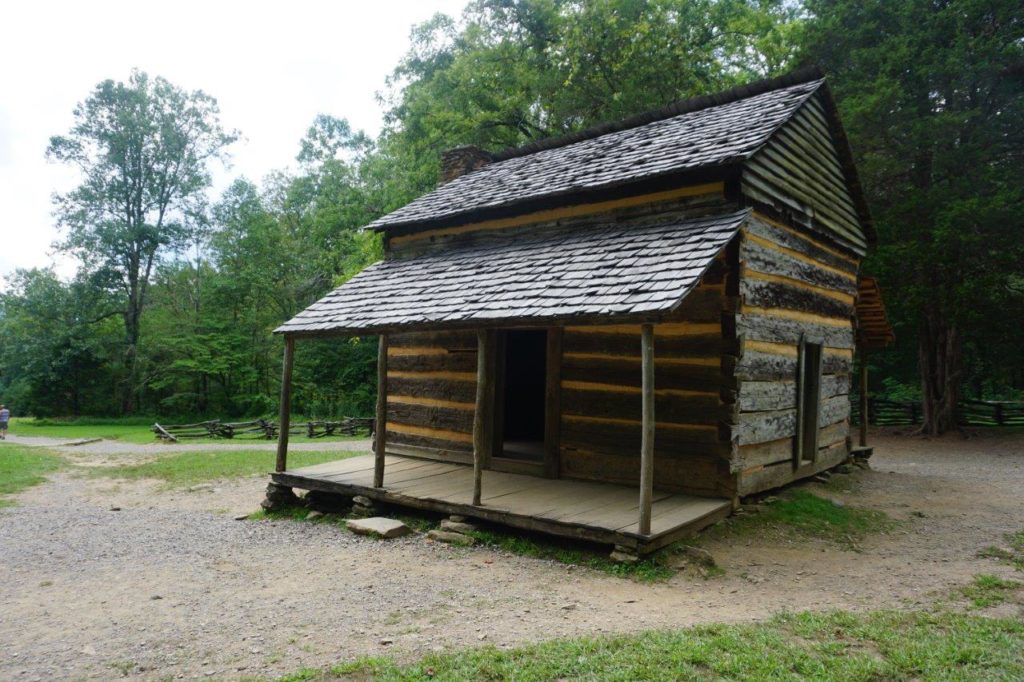 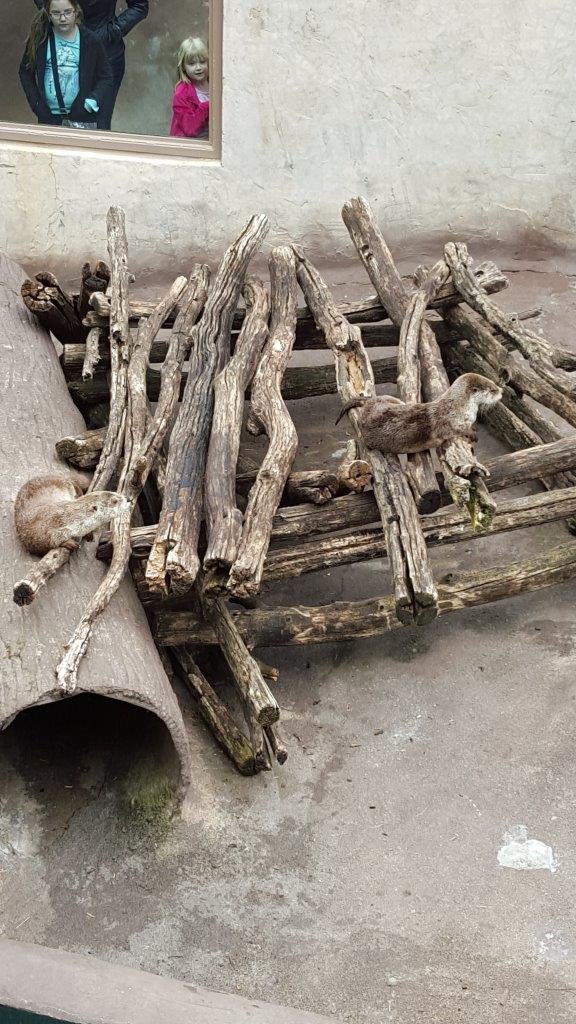 Just outside downtown Gatlinburg, Ober Gatlinburg is a fun-filled spot with activities for all ages. Get there by catching a ride on the 2.1 mile aerial tramway that provides great views of the mountains. The tram provides round-trip service all day from downtown, and passengers don’t have to schedule a specific time.

Enjoy activities at leisure from shopping to amusement park rides. The most popular activities here are without a doubt wildlife encounters, and snow sports. With the exception of the winter months, when bears hibernate, you’ll black bears up close. The privately funded zoo, Wildlife Encounter, was created for visitors to see animals native to the Smoky Mountains. River otters, bobcats and various birds of prey are some of the other popular featured exhibits at the zoo.

Ober Gatlinburg is home to all of the city’s winter sports like ice skating, skiing, snowboarding and snow tubing. The ice skating rink is open year-round. The ski slopes are open from December through March, as determined by the weather. Below freezing temperatures are needed for a couple of nights to make snow for the slopes. Snow tubing begins the weekend before Thanksgiving and remains open until March. If you are a beginner, that’s okay; Ober Gatlinburg offers ski and snowboard lessons. If you are a first timer, a lesson is mandatory before you’re allowed on the slopes.

There are tons of things to do at Ober Gatlinburg but whatever you do, don’t leave without some homemade fudge from The Fudge Shop! 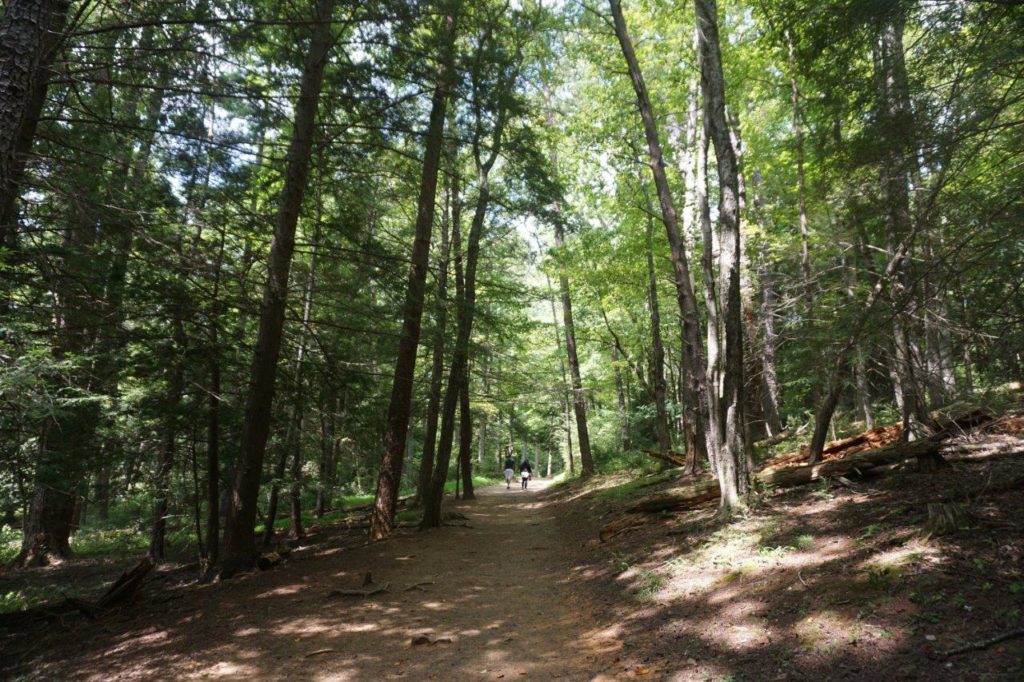 Have a Taste of Moonshine

Drinking moonshine from a mason jar is something most people have either done or witnessed. I’m sure that is why Ole Smoky Distillery made the genius move to package their moonshine in mason jars. Ole Smoky Distillery is Tennessee’s first legal moonshine distillery. It is a full-service distillery located in the heart of downtown Gatlinburg. They have an onsite store where they sell their moonshine in their signature mason jars, whiskey and other merchandise. They offer $5 moonshine tastings onsite daily. Out of thirteen mini shots of moonshine served during the tastings, at least one will become an instant favorite. At the end of the tasting, make a purchase and the tasting fee is refunded. The distillery’s store sells more than just moonshine; there’s apparel and other products made with some of their moonshine, including peanut brittle. 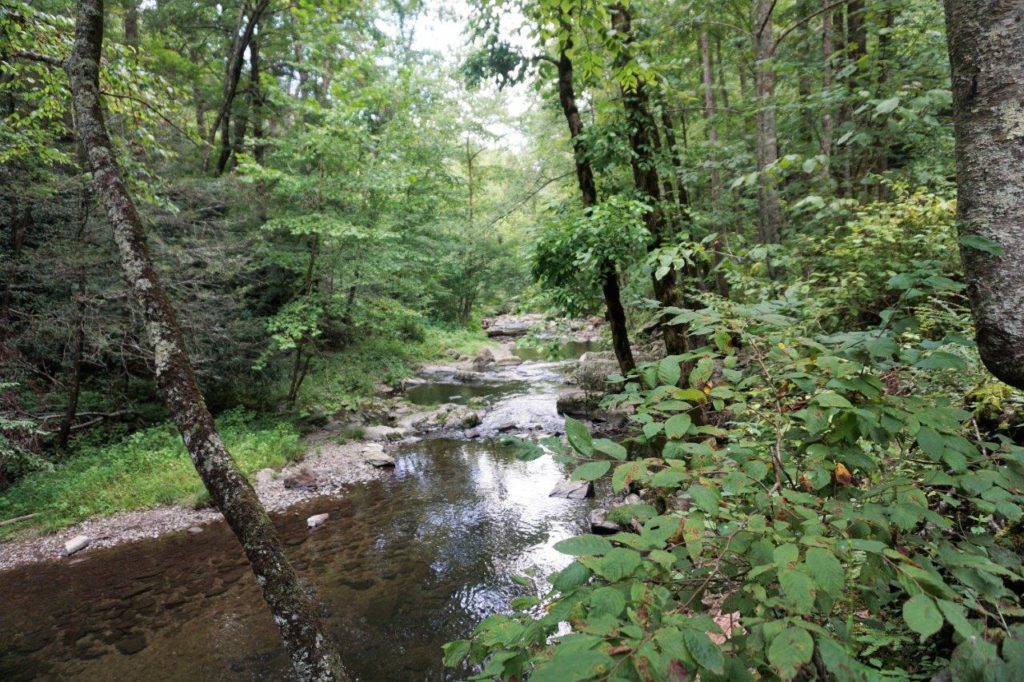 Go to the Aquarium

Ripley’s Aquarium of the Smokies is one of the best aquariums in America. There are two levels of non-stop marine life for visitors to see and in some cases touch. The aquarium is self-guided and has educational opportunities throughout. From the tropical rainforest with displays of piranhas and poisonous dart frogs to shark lagoon, you’ll see these dangerous yet beautiful creatures up close. Shark lagoon is one the most popular, if not the most popular exhibit at the aquarium. It houses over 8,500 animals and 75 species. 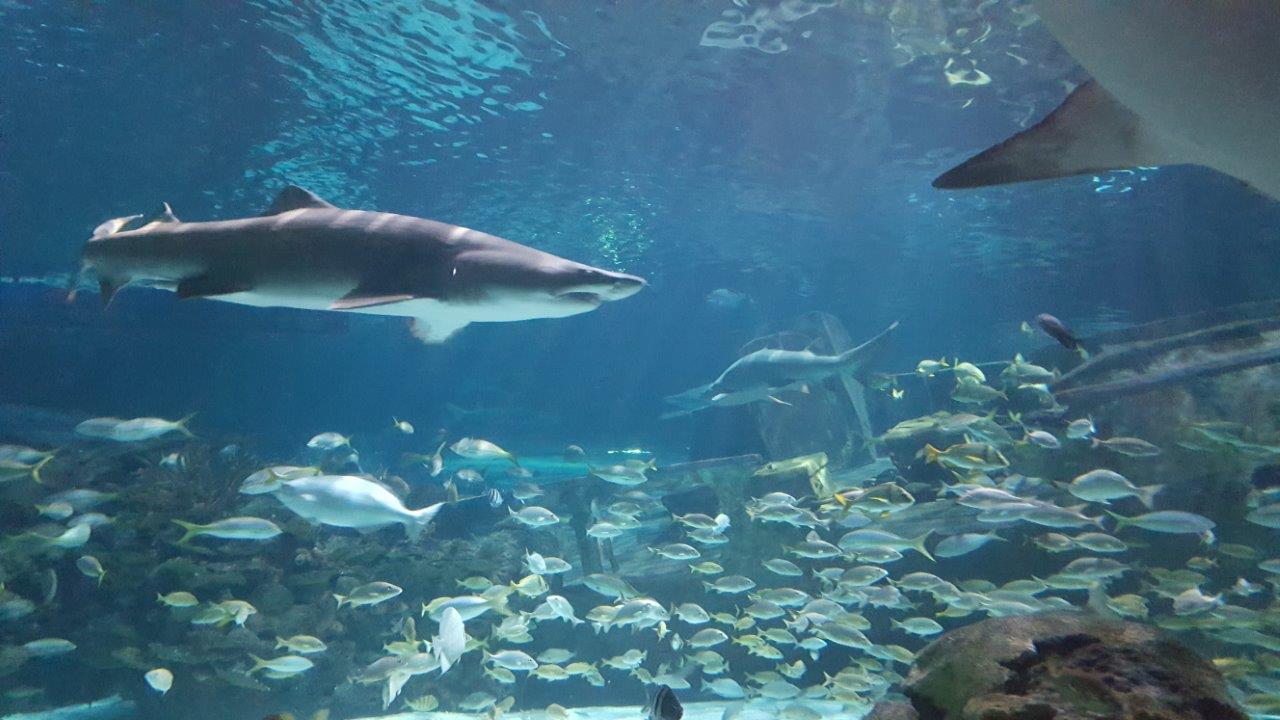 Ripley’s Aquarium of the Smokies

Step on the moving 340-foot long glidepath that goes through a tunnel underneath the water and see sharks up close. The glidepath moves at a slow pace and gives a feeling of being under water with the sharks. This is more evident when sharks swim toward the glass with eyes and teeth in view. As the glidepath moves along, view several other sea creatures, including sea turtles in the same exhibit. A recently added experience, allows you to ride in a glass bottom boat into the middle of the shark infested water exhibit. 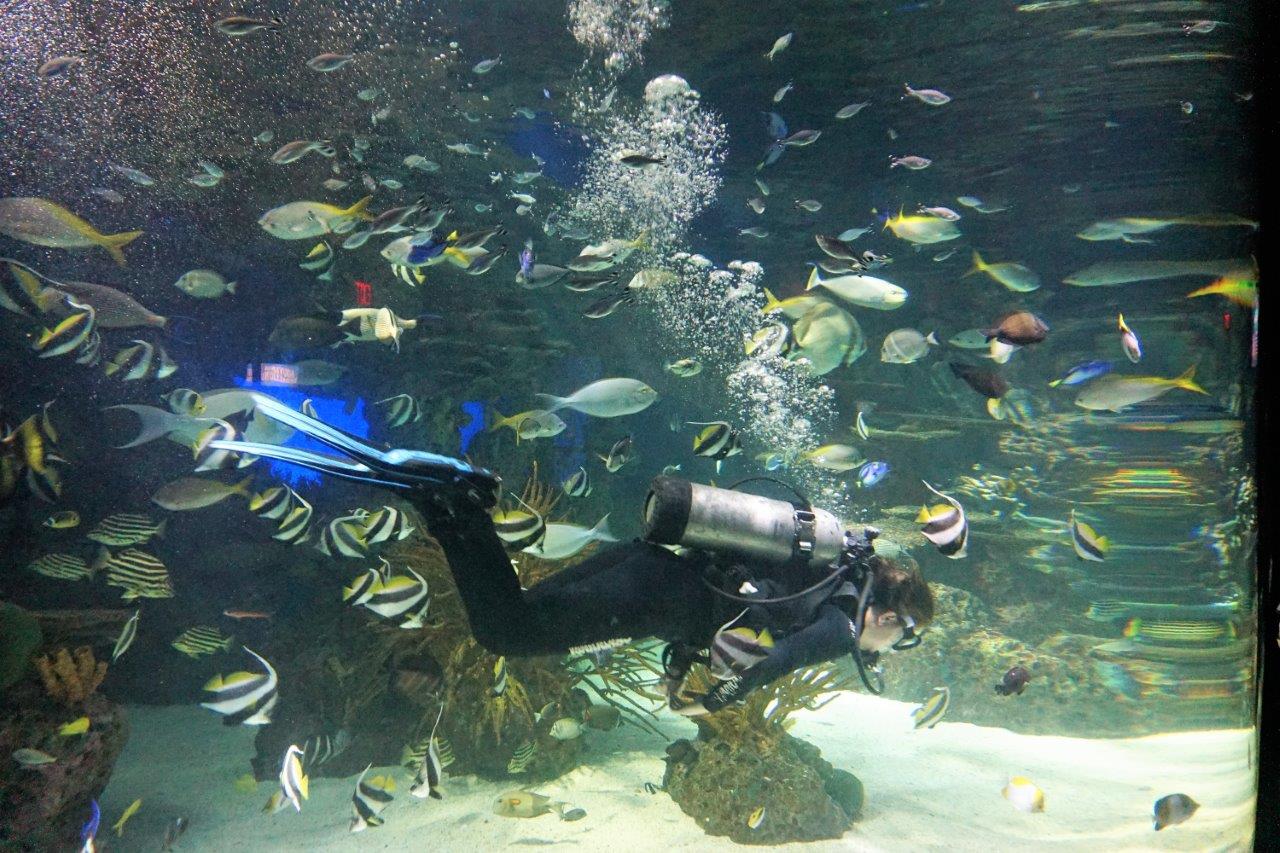 The largest Titanic Museum attraction in the world is located in Pigeon Forge, a ten minute drive from the heart of Gatlinburg. Enjoy a self-guided interactive tour of the infamous luxury liner, complete with personal stories of some of its passengers. The tour presents opportunities to get a feel for what it was like to actually be a passenger or employee on the ship. One such opportunity allows visitors to experience what it felt like being in 28-degree water like the passengers of the Titanic, as the ship began to sink. Another interactive display shows how fast the ship began to take on water after it hit the iceberg. 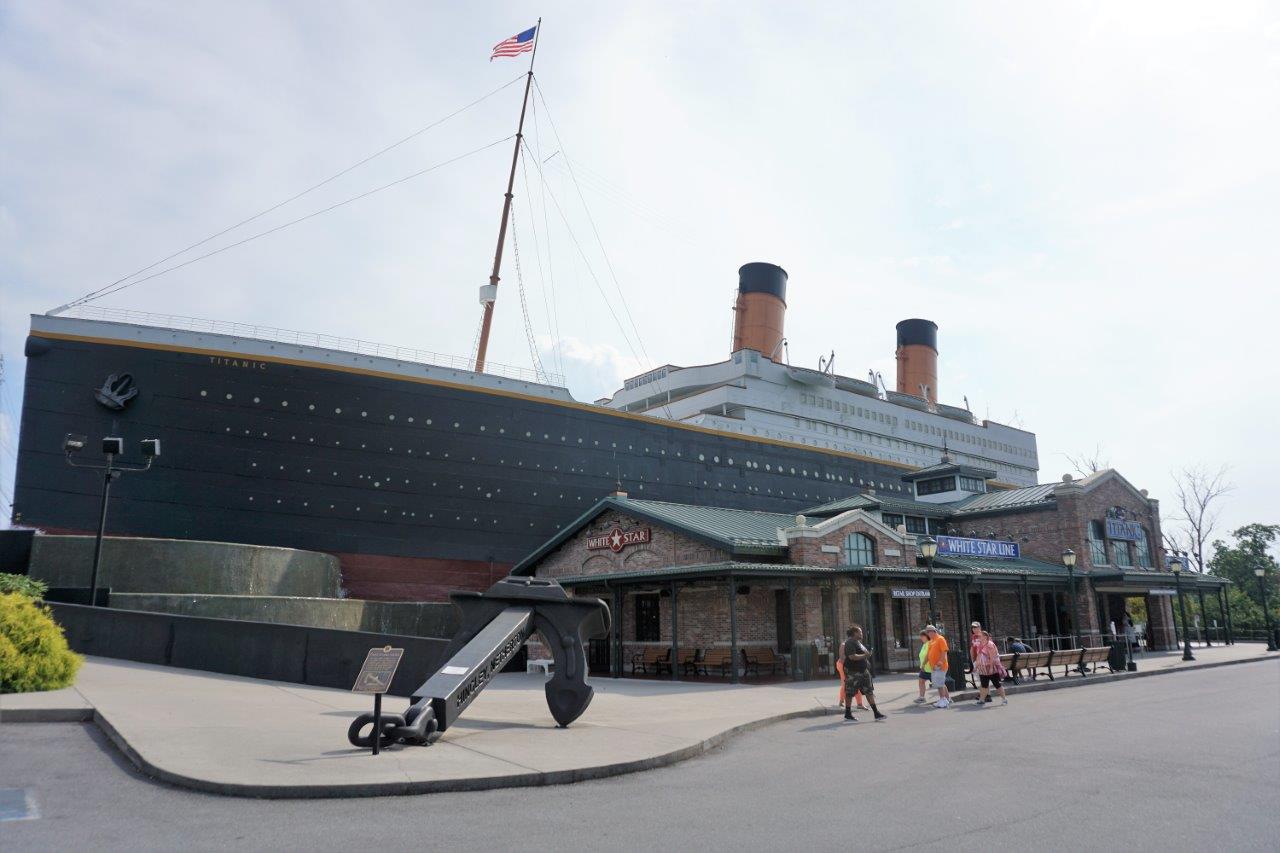 The Titanic Museum in Gatlinburg

The museum has more than 400 certified artifacts from the ship and its passengers, valued over four and half million dollars. Unfortunately, photos cannot be taken inside.  However with this being the 20th anniversary of the 1997 blockbuster movie Titanic, the museum is offering an exception by allowing photos of costumes worn in the movie. 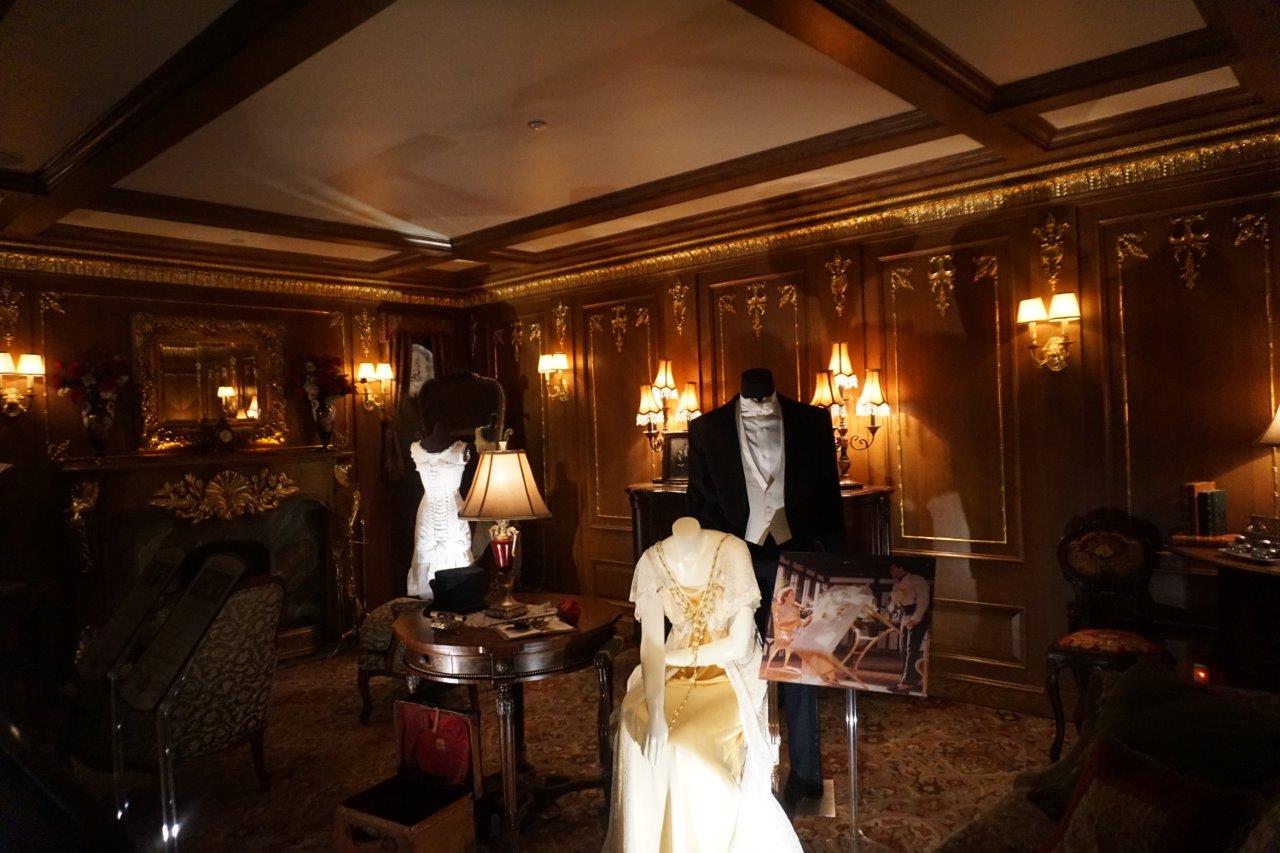 Tomeka Allgood is a freelance travel writer and travel blogger based in Nashville, Tennessee. She is the founder and managing editor of Short Weeks-Long Weekends.com, a travel blog dedicated to the weekender. She writes on a broad range of topics that includes but is not limited to: art, history, culture, travel, music, food and wine. She specializes in places and attractions that relate to African American heritage and history.

Scientific Tourism: Do Something Extraordinary

Really great write-up about a really great place. Tomeka (Meka), always provides a great read every time She does an article…This one was no exception…enjoyed it…!!!!!!!

Thanks so much and I agree, David. Happy to be able to share Tomeka’s stories here!