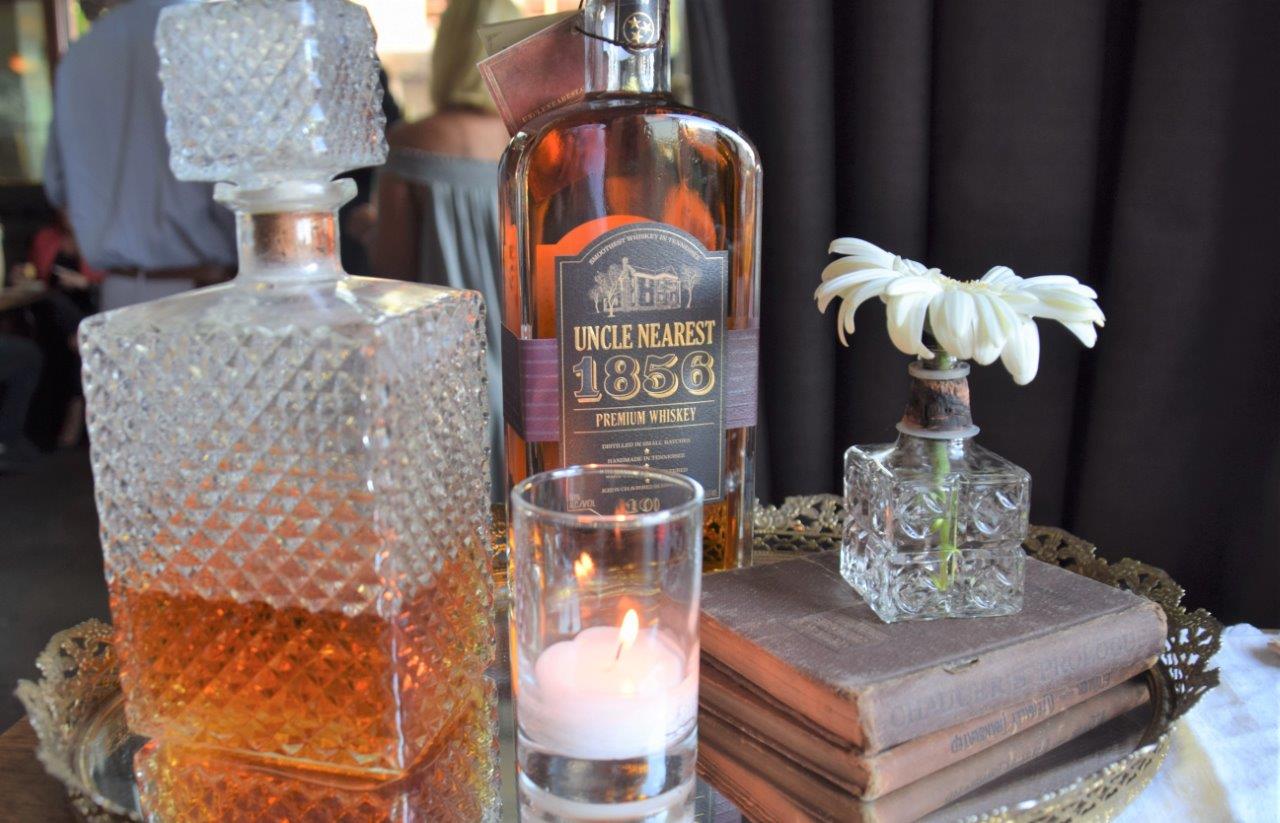 Ultimately, the success of the newly released Uncle Nearest 1856 Premium Whiskey will rely on the taste of the whiskey. And the company’s owners, Fawn and Keith Weaver, got it right and have made a very fine tasting spirit.

But the story behind Uncle Nearest is fascinating and historically important. Uncle Nearest tells the story of Nathan “Nearest” Green, the “Greatest Whiskey Maker the World Never knew.” And Nathan Green’s story changes the history of Tennessee whiskey. 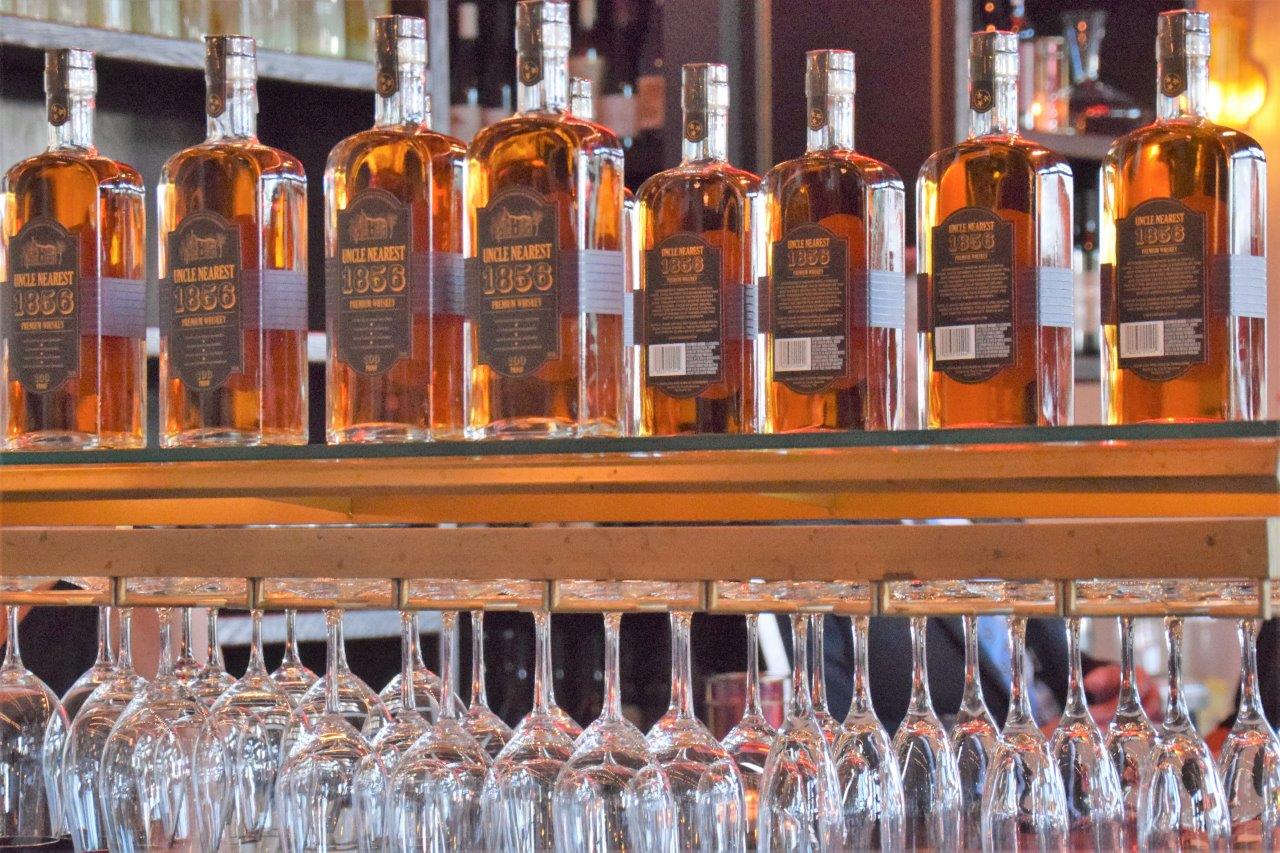 The Story of Uncle Nearest 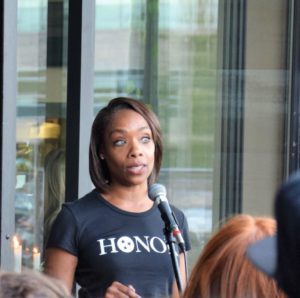 We’ve all had the experience of reading a story that makes an impact on us. We’re not even sure at first why the story intrigues us. That’s what initially happened to best-selling author Fawn Weaver after she read about how a slave in Tennessee played a significant role in the development of Tennessee whiskey. Most of the time, we soon set the story aside and move on. But in this case, the story stuck with Weaver and she delved further. 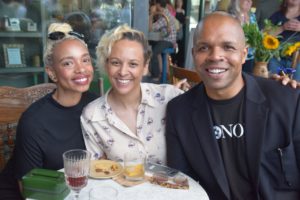 Keith Weaver poses with friends at the product launch.

It turns out that there were plenty of slaves involved in whiskey making, but in this case, Nearest Green truly ran the operation.

Once Jack Daniel bought the operation from Dan Call, Nearest Green stayed on as Jack Daniel’s master distiller. Daniel and Green continued to work side by side, as did members of both families.

Fawn Weaver and her husband, Keith, ended up buying a 313-acre farm on land once owned by Dan Call, the very farm where Nearest Green taught Jack Daniel how to make whiskey. And they started their whiskey business. 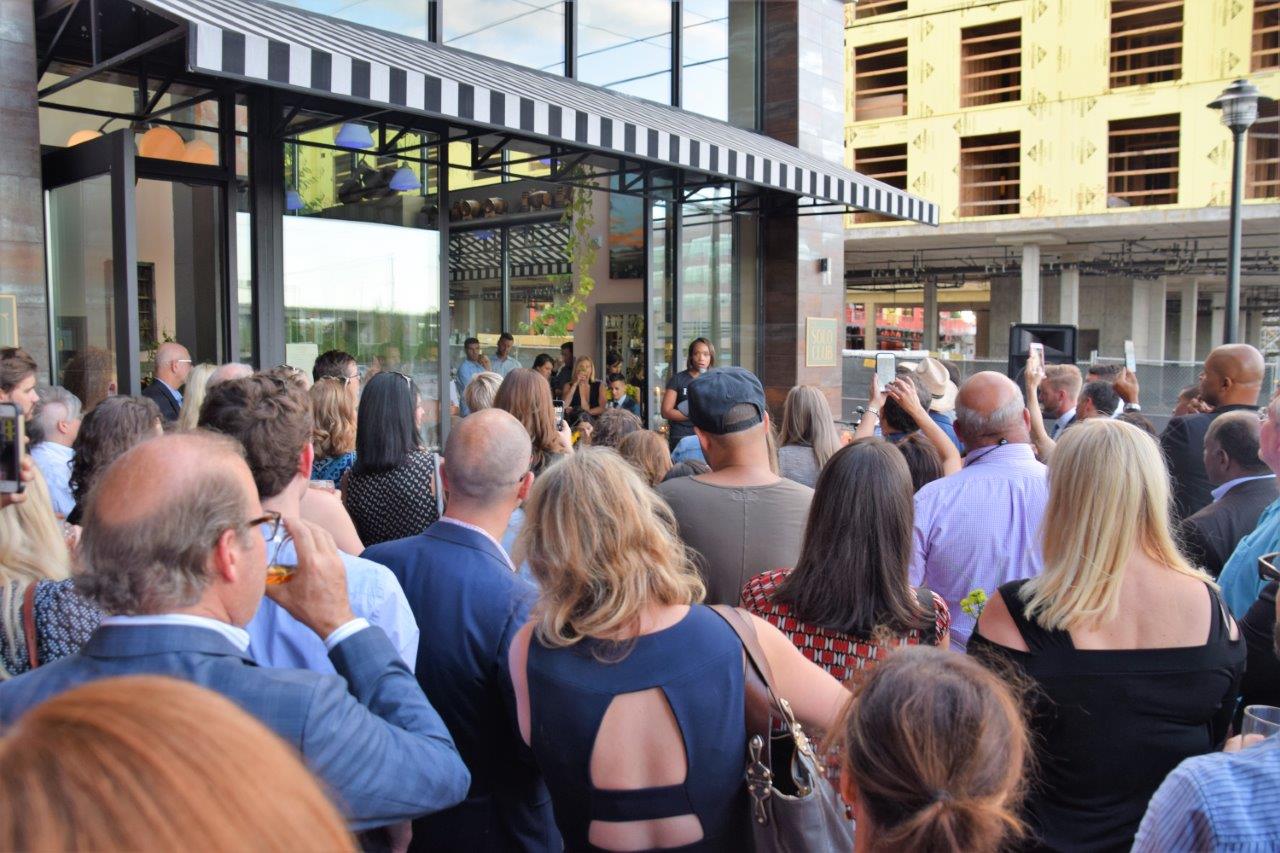 “The Nearest Green story is one that needs telling. He came up with the formula that produced Jack Daniel’s whiskey,” Carl D’Agostino, one of the company’s investors told me at the national launch for the whiskey. “The Weaver’s got to know Nearest Green’s family, and the family does want to see him honored. Uncle Nearest whiskey is the chance to bring that recognition. It’s good to be part of this.” 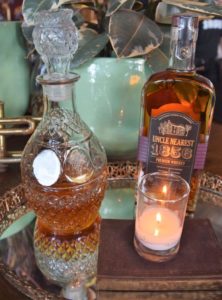 A Premium 90 proof Silver whiskey will release soon. The clear whiskey product is distilled with the company’s proprietary triple charcoal mellowing process, promising to be a smooth spirit, especially good for mixing.

But back to the story.

In addition to their whiskey company, the Weavers established the Nearest Green Foundation. The Foundation is dedicated to telling Nearest Green’s story, and preserving the history.

The two-room cabin where Green and his family, and the home where Call and his family lived, are being rebuilt. There are also plans for the Nearest Green Memorial Park in Lynchburg. 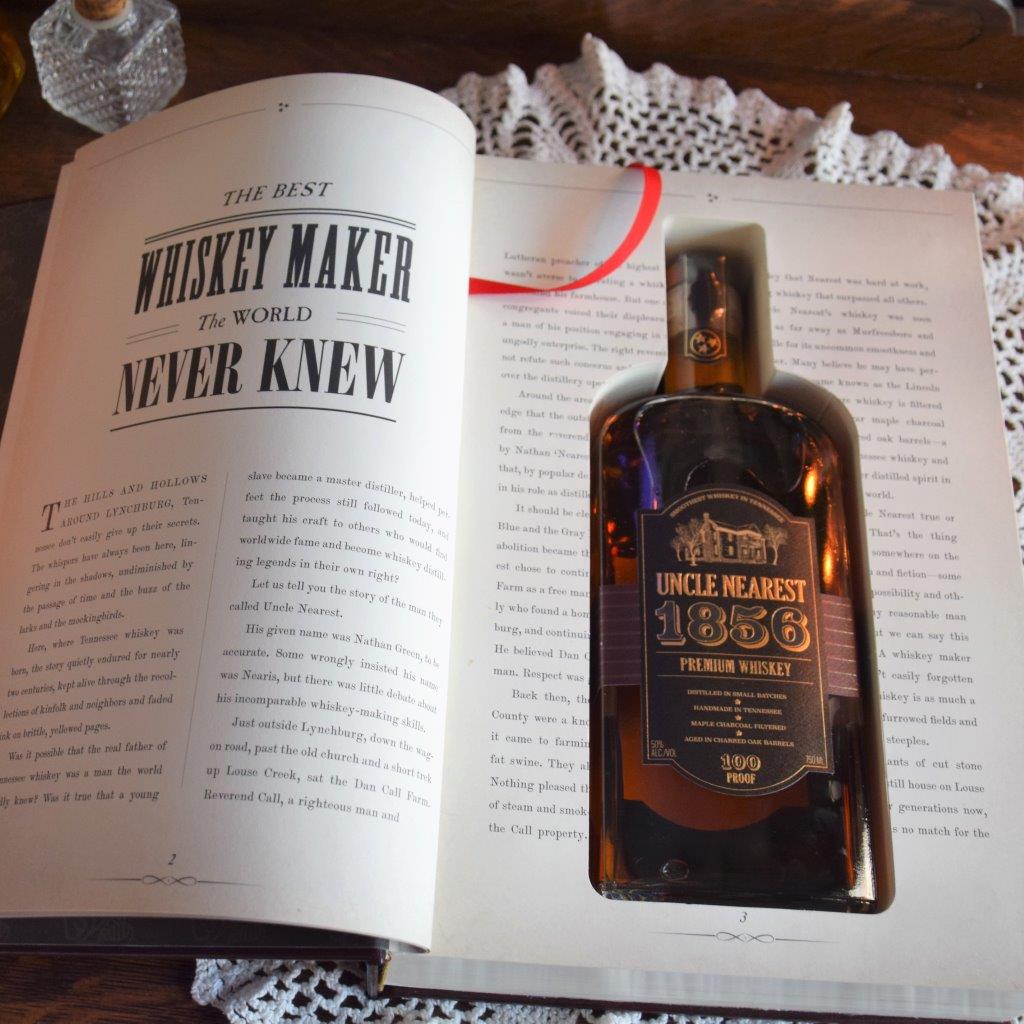 Much of the research Weaver gathered from the 20 historians, archivists, archaeologists, conservators and genealogists she worked with will be preserved through the Foundation. Also fascinating is how members of Lynchburg, Tennessee contributed original documents and artifacts that helped shape and prove the story. In the end, more than 10,000 pieces of information and artifacts have been gathered.

Expect the Foundation to become an important destination when traveling the brand new (June, 2017) Tennessee Whiskey Trail, established by the Tennessee Distiller’s Guild. 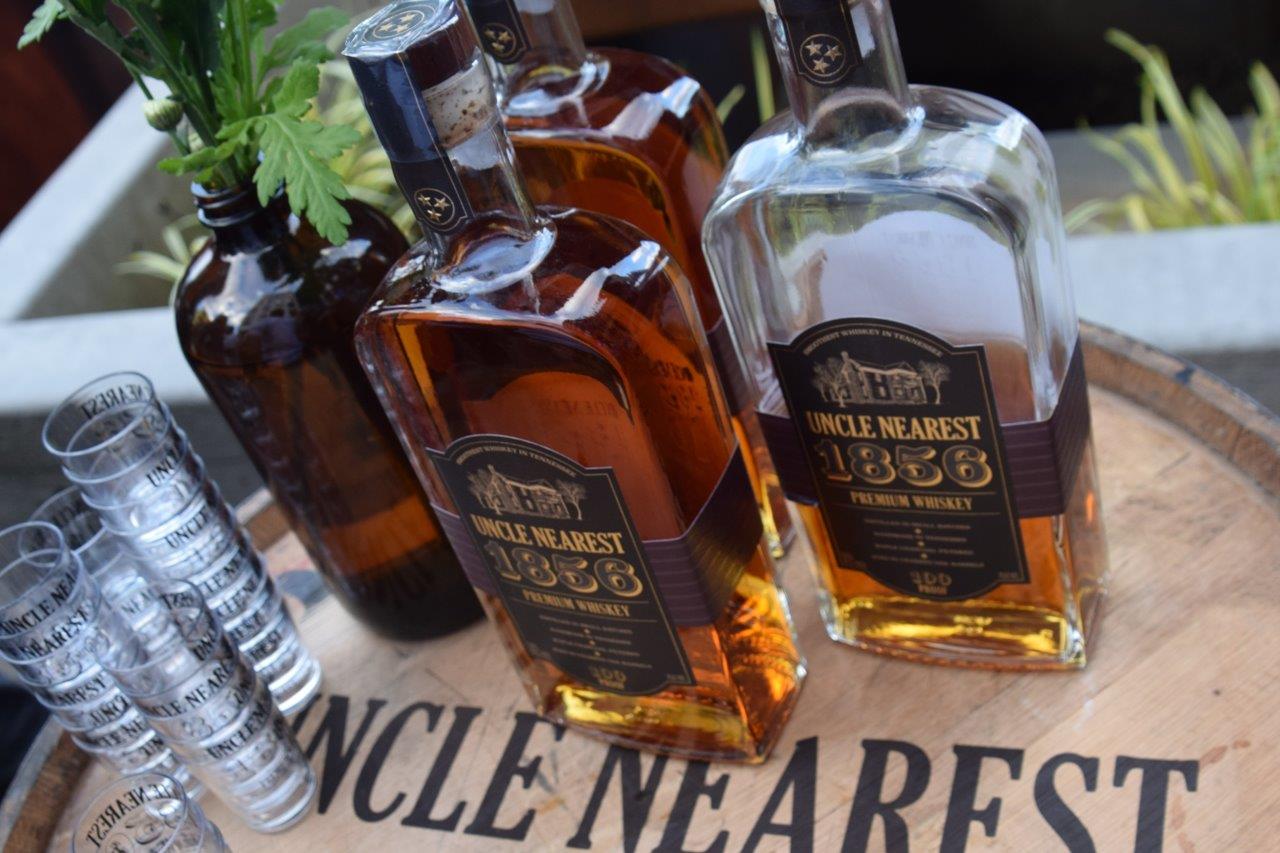 How to Launch a Whiskey

Uncle Nearest rolled out its 1856 Premium Whiskey in Oregon with a product launch that gave attendees the chance to meet Fawn and Keith Weaver, hear the story and try their whiskey. The product will be released in Tennessee next. 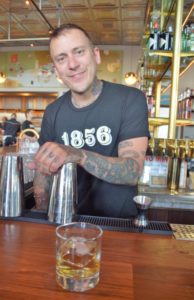 Bull in China’s Lucas Plant was behind the bar for the launch.

The venue at Besaw’s and Solo Club in Portland’s Pearl district allowed for mingling both indoors and outdoors on a lovely summer night. The whiskey was served both neat and mixed in some select cocktails. Bull in China’s Lucas Plant was behind the bar mixing a line-up of special cocktails for the event. The company designs a line of elegant barware, holds mixology classes, and comes up with some fabulous recipes. I especially enjoyed the Brick & Mortar. (See below for the recipe, courtesy of Bull in China.)

Attendees were treated to a hearty menu of classic and modern Southern fare which paired well with the whiskey. Live music rounded out the summer evening launch. 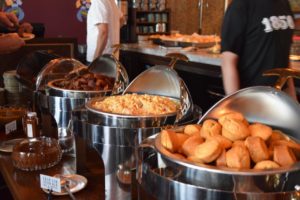 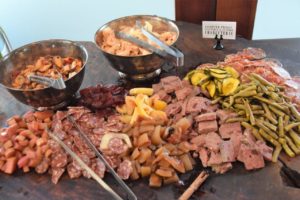 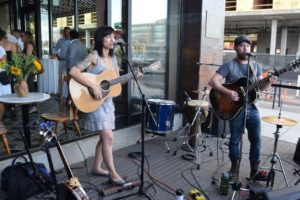 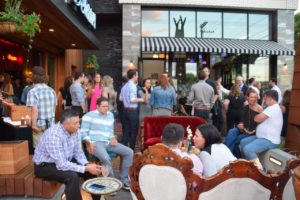 In true Portland style, Uncle Nearest launched with a collection of collaborative products from some of Portland’s favorites companies, each featuring Uncle Nearest’s whiskey. Alma Chocolate prepared a Dark Chocolate Whiskey Caramel Shot. Sprinkled with gold dust, the liquid whiskey-flavored caramel was a burst of flavor encased in a dark chocolate shell. Xocolatl de David’s whiskey caramel bar chocolate is creamy, with subtle whiskey flavors. Quin’s whiskey caramels are buttery and soft. Smith Teamaker produced a tea they call Tennessee Oolong, a robust black tea that spent some time in Uncle Nearest whiskey barrels. Jacobsen Salt Co. (which harvests their sea salt from their salt works in Netarts, Oregon) produced a whiskey flavored salt that is wonderful unique. Marshall’s Haute Sauce contributed a tangy whiskey sauce to the mix that was served alongside the sausage and ribs at the event.

Uncle Nearest 1856 Premium Whiskey is a Tennessee whiskey to try—and a story to share. 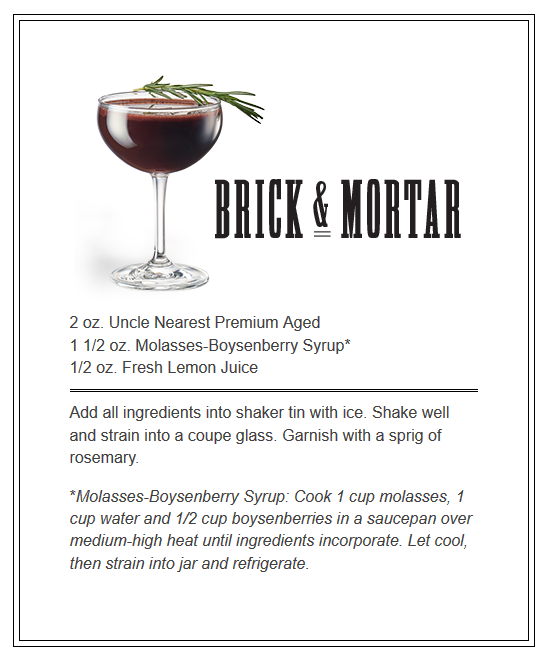 Recipe courtesy of Bull in China.

Visiting Rome For the First Time

Book Review: The Streets of Paris by Susan Cahill