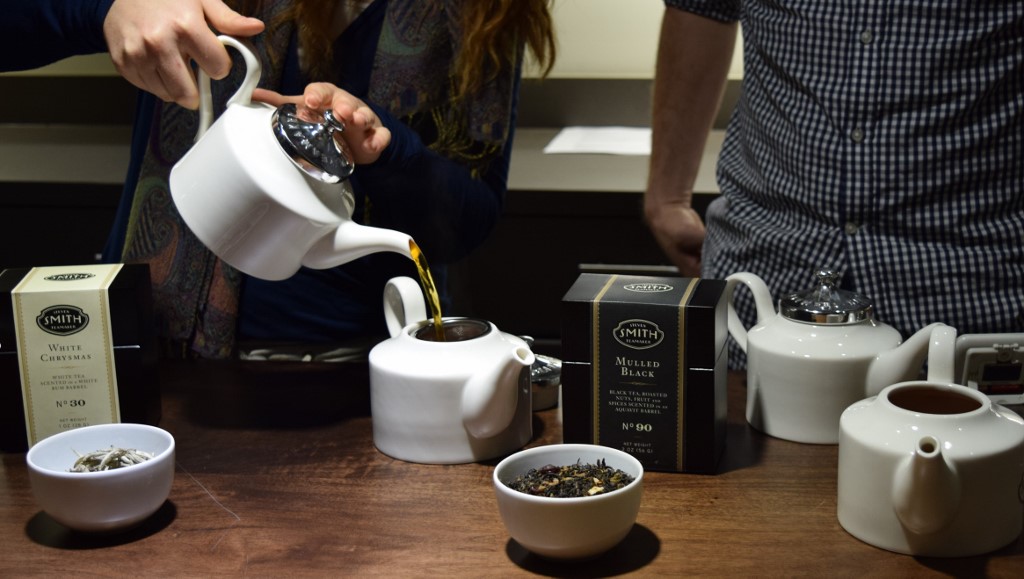 Recently, I attended a tasting event at Smith Teamaker’s tasting room in SE Portland, where I enjoyed the opportunity to sample teas, visit the new facility, and speak with head tea maker Tony Tellin and others from the company. I also got to meet with the three Portland chefs—Vitaly Paley, Tyler Malek and Gregory Gourdet—Smith Teamaker worked with to develop the Maker’s Series line of teas. 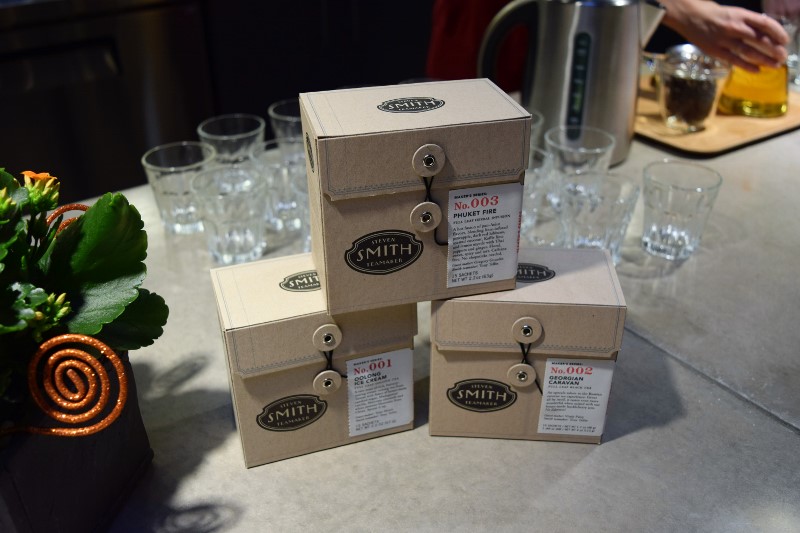 I love a good cup of tea, and Smith Teamaker’s teas offer innovative flavors made from quality ingredients. The company, founded in 2009 by the late Steven Smith and his partner and wife, Kim DeMent Smith, “just tries to make the best teas possible,” according to head teammaker Tony Tellin. “We strive for a balance between creating something new and authenticity. We create by taste, often blind cupping. And we take the tea very seriously.” 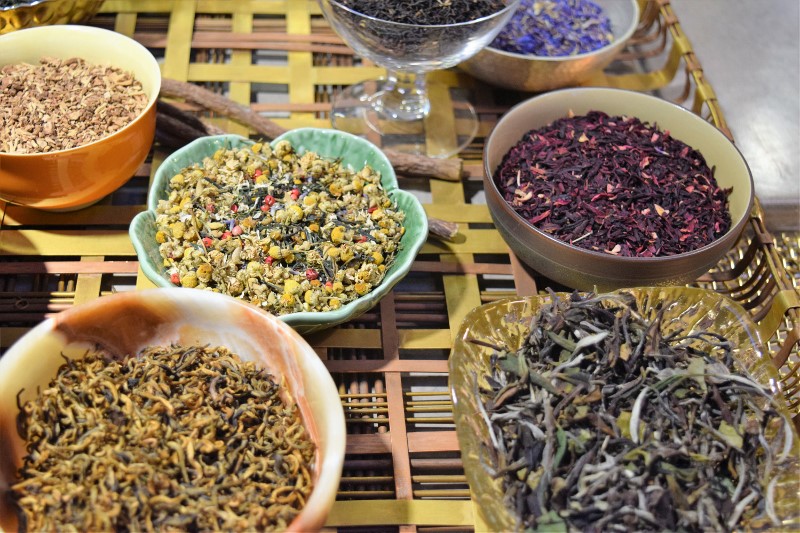 Tellin learned from the best, Steven Smith was a true innovator in the tea industry. Smith went to work for Stash Tea in 1972, and later became a partner, where he first started learned about tea and worked to improve flavor and quality. In 1993, Stash Tea was sold and Steven went on to create Tazo, which he sold to Starbucks in 2006. But after a few years, Steven and wife Kim decided retirement wasn’t for them and together, started Smith Teamaker. Tellin joined the company at the start, with no experience, but quickly became Smith’s protégé. 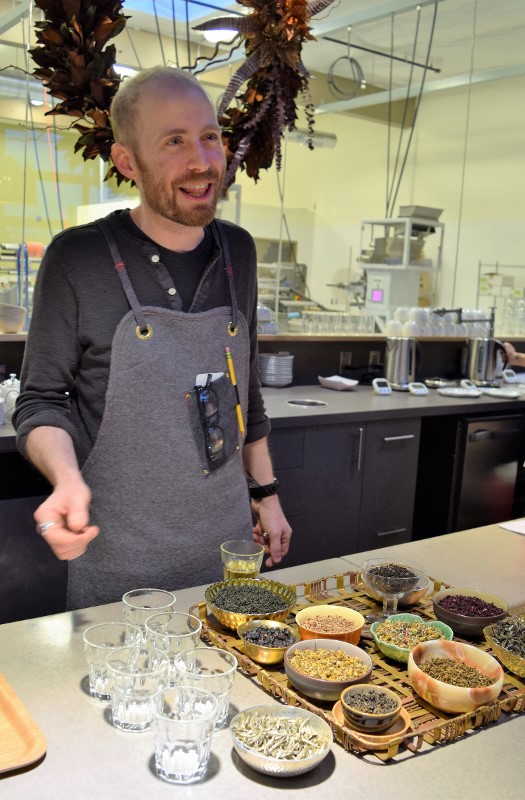 Upon Smith’s passing in March of 2015 of liver cancer, DeMent-Smith continued work on the new facility and carried on the company’s commitment to quality. Smith said, “I felt I had to continue Steve’s legacy. And I’m okay with perfect.” 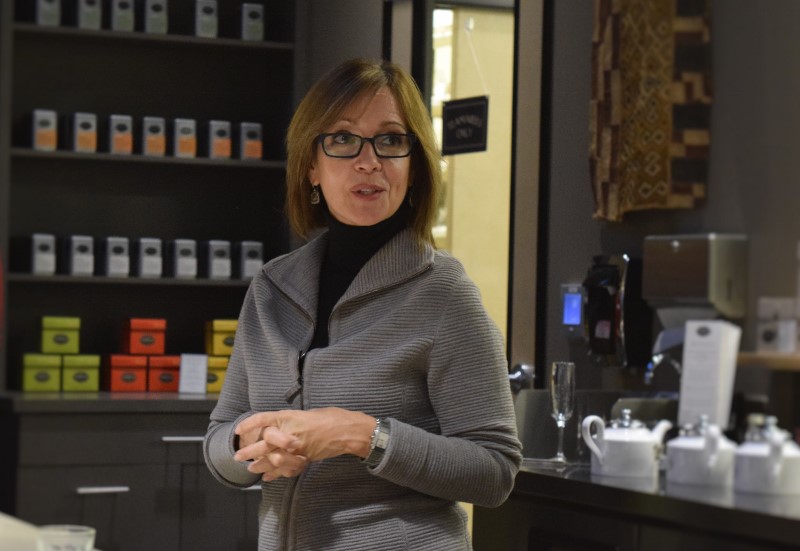 DeMent-Smith promoted Tellin to Head Teamaker, and recently welcomed Tom Clemente to the company as President. 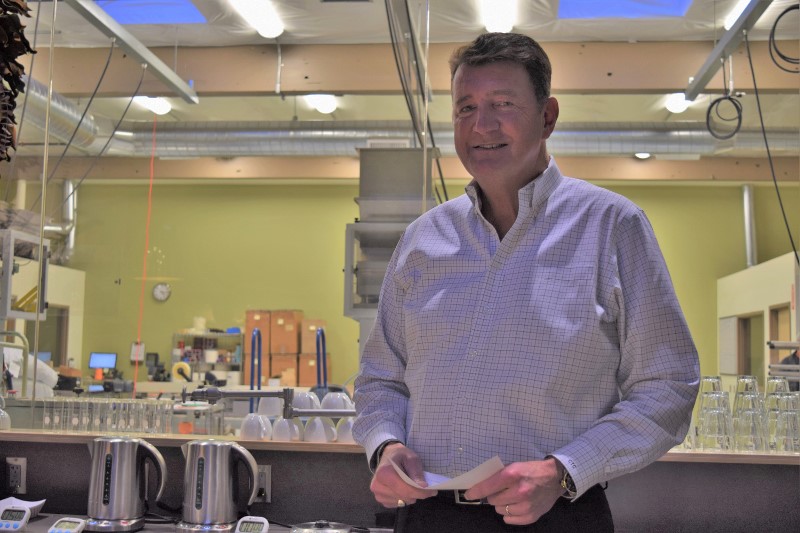 The “Maker’s” Series: Suitable for You, Me and Iconic Chefs

Always innovating, Tellin came up with the idea of “looking outside their own walls” by working with several of Portland’s taste innovators to create a series of teas. While there is a trend for companies to try this—Moonstruck Chocolate teamed with Portland beer companies and distilleries for two lines of chocolates, for example—it’s a practice that can really broaden what a company can offer. 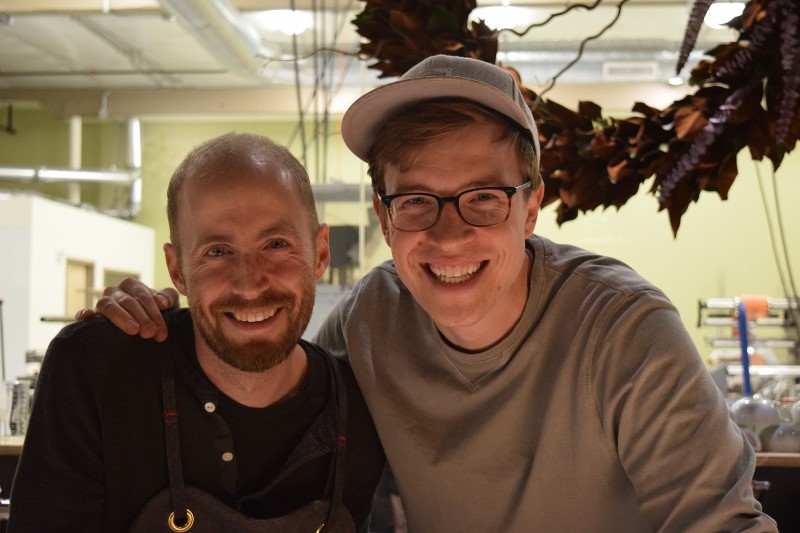 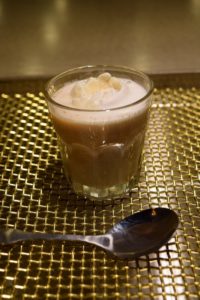 Yes. That’s an ice cream float made with the Oolong Ice Cream tea.

Salt & Straw makes some of the most creatively flavored ice creams out there, and their stores have people lined up and down Portland blocks much of the year.

“It’s like a hot cup of ice cream,” Tellin enthused, and I’d have to agree. It’s got all the smooth, balanced flavors and aromas of a good Lord Bergamot tea, but with buttery, milky sweetness. 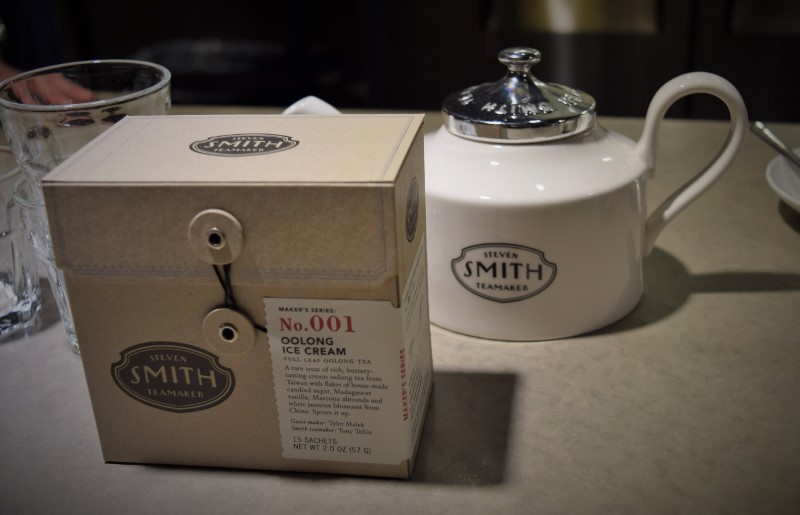 The first offering in the Maker’s Series, created in collaboration with Portland’s Salt & Straw.

Working with Portland iconic chef, Vitaly Paley, was at first a bit intimidating to Tellin. Paley’s been cooking in Portland for more than 20 years and helped put Portland on food map. It was at Paley’s Place that Tellin first enjoyed what he considers to be his first fine dining experience, and years later, he proposed to his wife there. 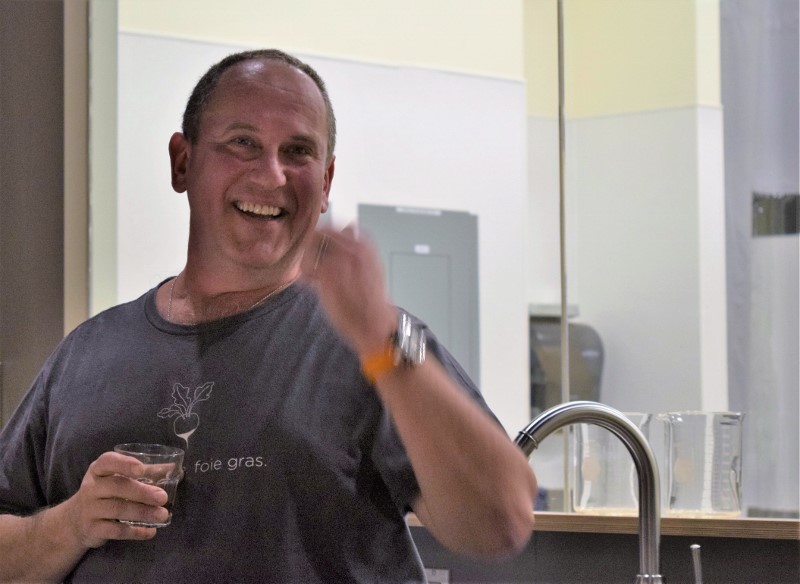 Chef Vitaly Paley brings enthusiasm to all he does, including his collaboration to create his tea, Georgian Caravan.

But the two quickly got down to the business—and fun—of their collaboration. Georgian Caravan is a blend of house smoked Ceylon Dumbulla black tea, to which they added Indian Assam and Karjeeling, Keemun and hibiscus. 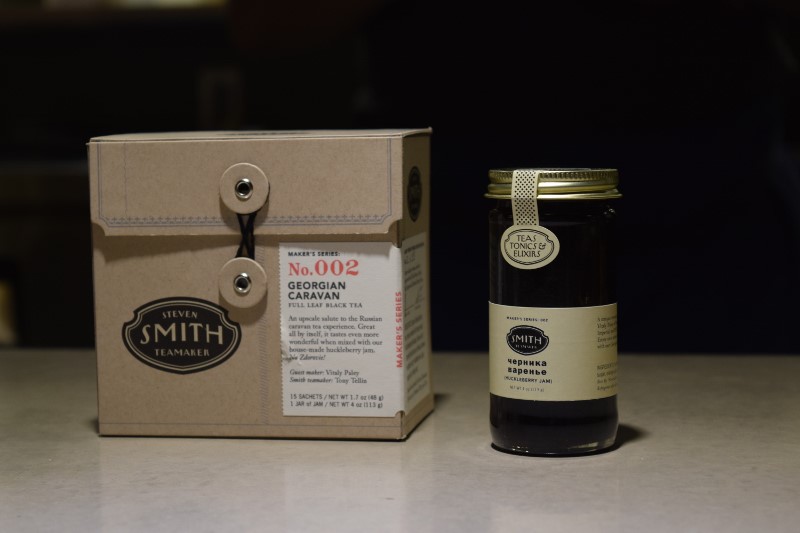 The second selection of the Maker’s Tea series comes with a jar of jam. Spoon some in to sweeten the tea, Russian style.

When Paley described the Russian tradition of sweetening tea by spooning in a bit of berry jam, he said it would be great if they could create that experience. Tellin said, “Let’s look at that,” a possibility that Paley admits initially stumped him. “And so, we made some huckleberry jam and we include a bottle in with the teas.” Now, that’s innovation. 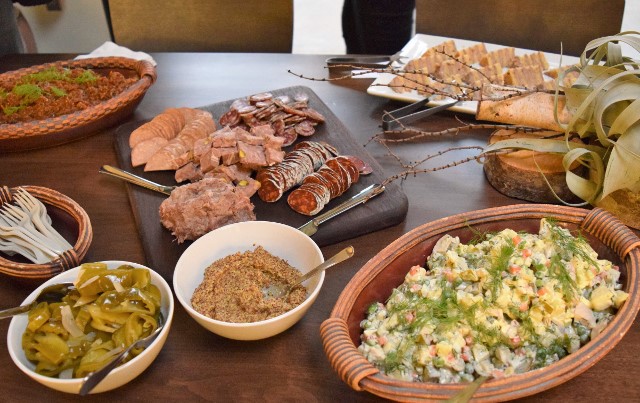 Vitaly Paley couldn’t come to the event empty-handed, and treated us to Russian-style fare.

The third tea, Phuket Fire, encourages a departure from your standard tea favorites.  Chef Gregory Gourdet of the popular pan-Asian Departures restaurant at the Nines Hotel in Portland (and a former Iron Chef finalist) and Tellin combined talents  to create, this herbal blend that combines lime-infused pineapple, red hibiscus, coconut, Kaffir lime, lemon myrtle and osmanthus flower, with spicy Thai peppers and ginger. The result is a taste that starts out sweet and tart, and ends with a little kick of the chili. 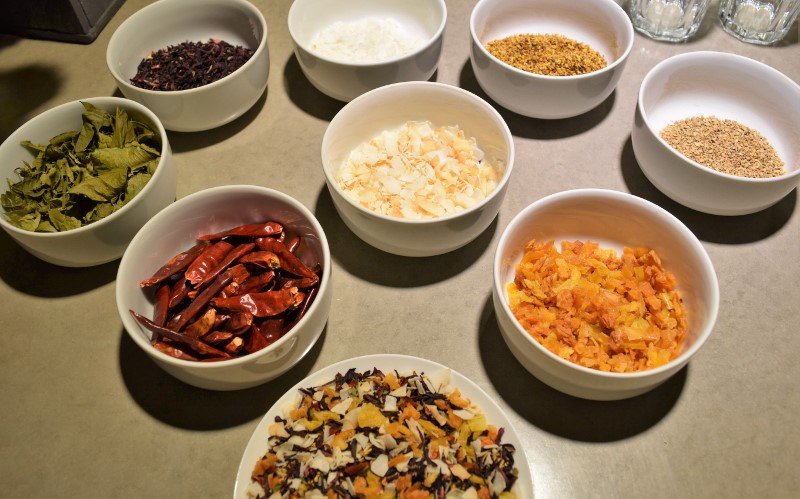 To come up with the tea, the two worked together to perfect the flavor Gourdet was after, while giving the tea the body and substance Tellin wanted to ensure. “We went through more than 100 pineapples, to create the final recipe. There was a lot of give and take and experimentation. We had a lot of fun.” 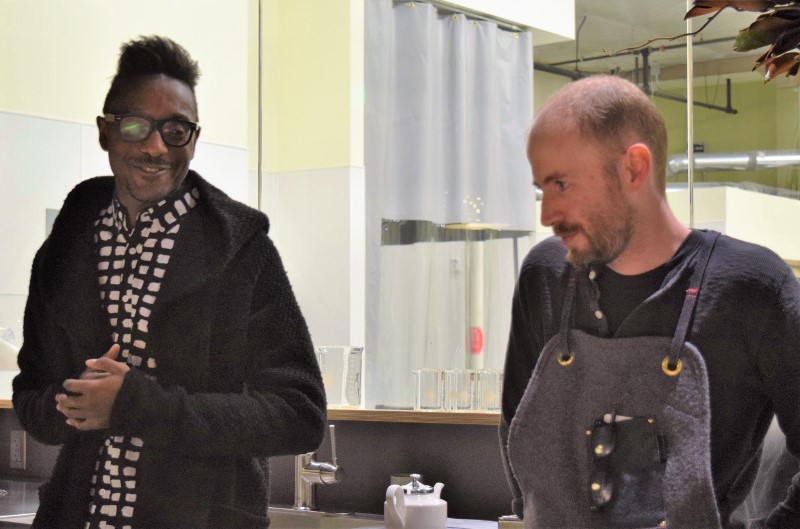 Another recent series of three teas built much of their flavors around barrel-scenting, creating uncommonly flavored, complex and delicious teas. 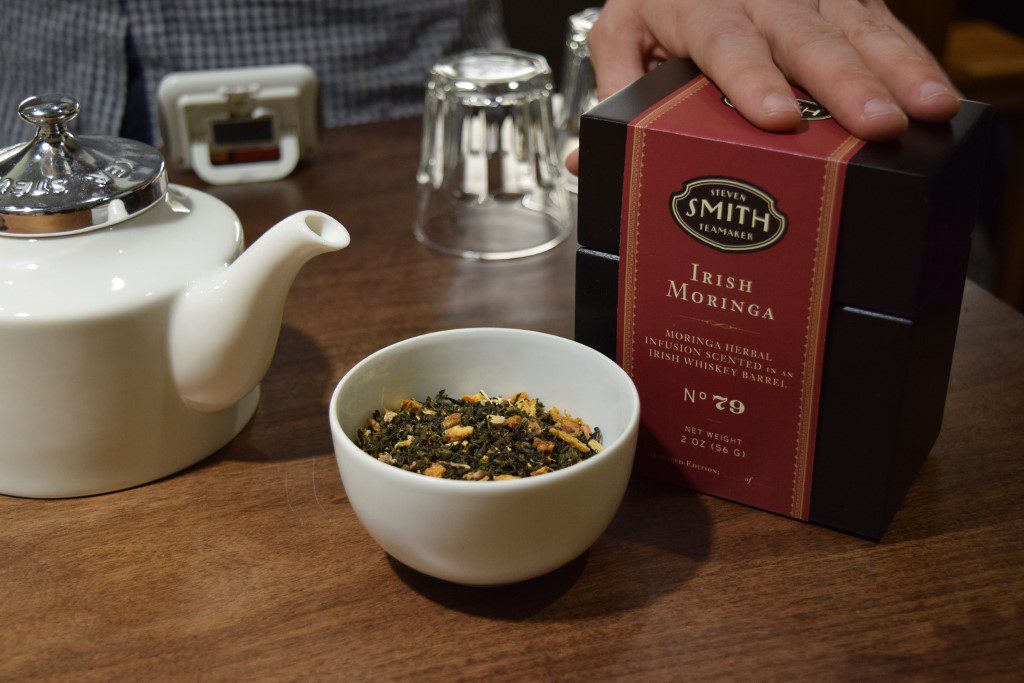 Irish Moringa tea is an herbal tea infused in an Irish whiskey barrel. 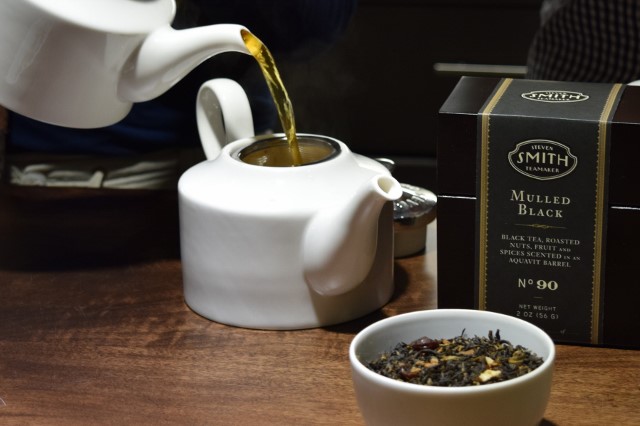 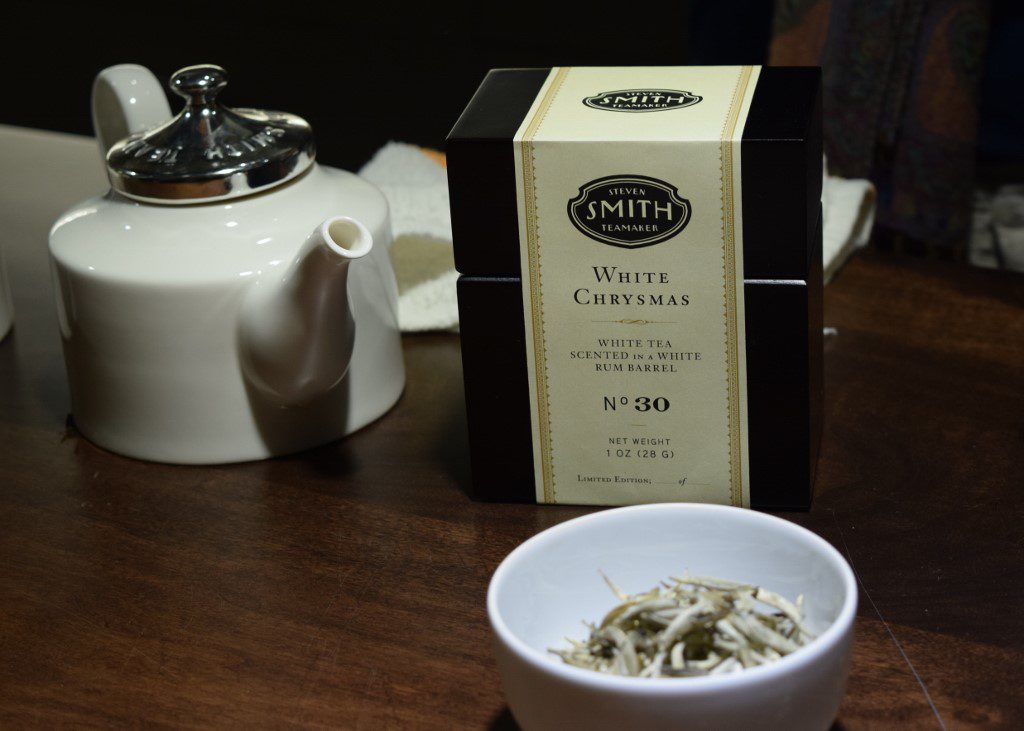 White Chrysmas is a white tea scented in a white rum barrel. The tea is clear in the cup, but the flavor are scent are wonderfully rich. 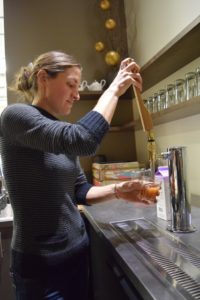 For something totally different, try the Masala Chai on tap, with nitro.

If you’re in Portland, do make a trip to either the NW Thurman Street or the SE Washington tasting rooms for a cup of tea or a flight of teas. Try any of these teas and a host of others.

One look at the Smith Teamaker teas and you’ll see the difference from most other brands out there. One taste and you’ll be sold. The packaging of these teas is also a cut above, making them great gift items. Find the teas at better retailers nationwide, as well as in many fine restaurants and hotels.

Don’t Like the Wine? It May Be Your Glassware