Geek and Nerd Alert: The Cocktail Guide to the Galaxy 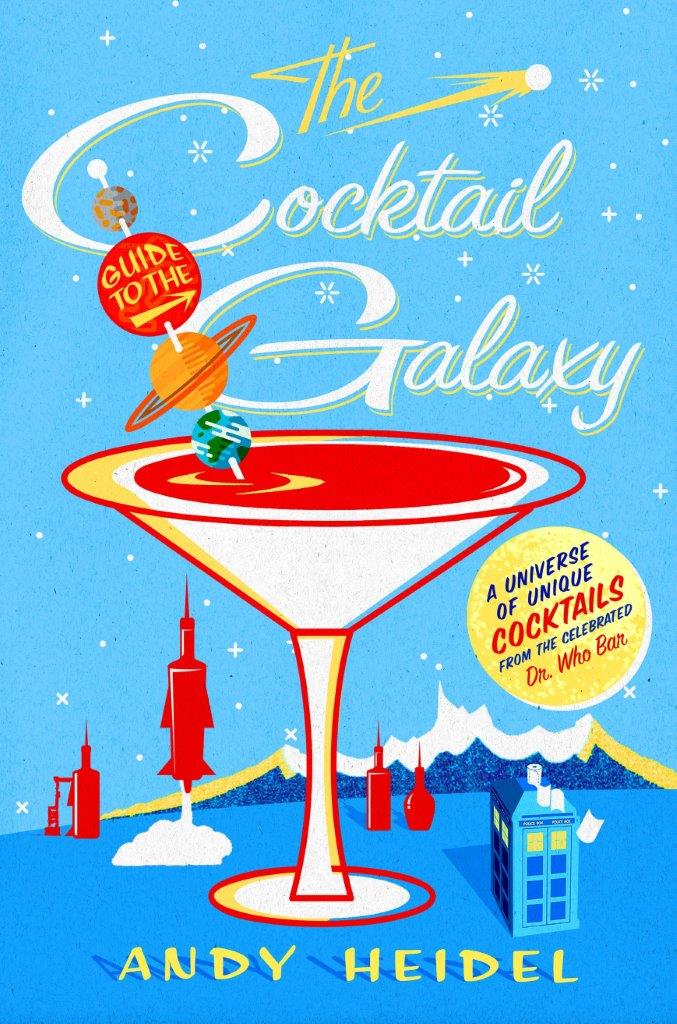 Let your inner nerd fly, transport or transform and mix some cocktails to sooth your and your friends’ inner demons with Andy Heidel’s new book, The Cocktail Guide to the Galaxy. A proud sci-fic geek himself, Heidel co-owns Brooklyn’s The Way Station, the cocktail lounge and music venue that contains a TARDIS. (Which yes indeed, is bigger on the inside than the outside.) The Way Station is often called “the “Dr. Who Bar.”

The Cocktail Guide to the Galaxy Knows Your Favorite Shows 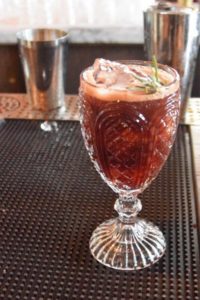 There are more than 100 cocktails included in this book. The recipes honors more than 60 sci-fi, fantasy, action and adventure films and TV shows. (Note: Many of  which started out as novels, comic books and graphic novels.) Choose from your favorite TV show: Agents of S.H.I.E.L.D., The X Files, Buffy the Vampire Slayer, Firefly, Sherlock Holmes, Dr. Who, Games of Thrones. Choose your favorite movie: Alien, Back to the Future, Guardians of the Galaxy, or Mad Max? How about Star Wars, Hunger Games, Ghostbusters, Dune, or The Matrix? Metropolis and Young Frankenstein are even represented here, people!

Add some pithy cocktail names to the mix that honor favorite characters and the party has started. A “Blade Rummer” for your favorite Blade Runner fan? A “Snake Blitzkin” for the Escape from New York fan, perhaps? And how about a “Uhura’s Kiss” or a “Hair of the Worf” while you stream episodes of the Star Trek show of your choice? 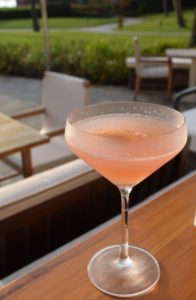 This is a no-brainer; The Cocktail Guide to the Galaxy is a great gift for the nerd in your life who imbibes. The book design is truly unique and fun and as a gift, the book is both practical and entertaining and stands out on the shelves for its originality.

The pages aren’t printed on hi-gloss paper stock and the book isn’t filled with photos of well-composed shots of cocktails in exotic glassware under fabulous lighting conditions. Instead, enjoy  the 2-color graphic novel-or comic-esque character illustrations throughout.

I loved the list of the “Biggest Rookie Mistakes People Make in a Bar or in a Horror Film” and “The Thirsty Games” tale, which describes a drinking game whereby you challenge your friends to rounds of re-call on how an actor is killed off. And don’t miss the saucy write-up on fan fav, Captain Jack.

Part This, And a Splash and a Dash of That 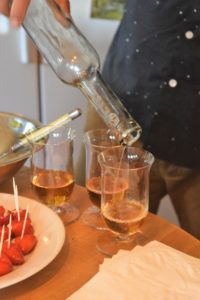 The book is usable for experienced bartenders or those more accustomed to relying on a friend to play bartender. Drink recipes state ingredients by parts rather than measurements.  So instead of 1 jigger (1.5 U.S. ounces or 3 Tablespoons) of gin and ½ jigger of whatever, recipes state, “one part —, ½ part —, ¼ part —, splash of —.” It’s practical and easy when making one or two drinks at a time, or mixing a pitcher of drinks for a group.

Likewise, Heidel has a “don’t overthink it” stance on bar gear. He keeps things casual and the name of the game is just to get you mixing drinks you’ll enjoy.

But for all Heidel’s casual playfulness, the recipes are creative and tasty. You’ll find a new favorite here.

Yes, the Geeks Are Inheriting the Earth

In addition to writing the Cocktail Guide to the Galaxy and bartending at the Way Station, Andy Heidel is a published sci-fi writer and worked as a successful book publicist, represented noted sci-fic and fantasy writers.

With The Cocktail Guide to the Galaxy, Andy Heidel  gives us a cocktail guide that will be useful for expert mixologists and novices alike—and a book from which your friends will want to read aloud while you work your magic at the bar. 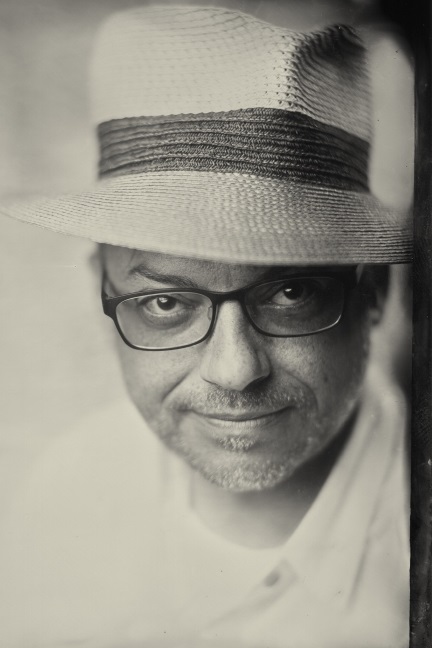 N.Z.’s Note: It may be seem unlikely to some, but I’m big-time into many of the movies and shows celebrated in Andy Heidel’s book. I loved super-hero comic books as a kid and still enjoy graphic novels. I had a bit of a crush on Bill Mumy before moving on to the bad boys of rock and roll. I read a lot of sci-fi. In film class, I couldn’t believe Metropolis was made in 1927. Tom Baker was my first Doctor and I’m really looking forward to Jodie Whittaker. I get sentimental over Ripley and Buffy. My son introduced me to Firefly and I enlist both my kids to go with me to all the Marvel movies because my friends aren’t interested. So, I was a bit giddy going through A Cocktail Guide to the Galaxy.  Just so you know.