The Hidden Nuggets and Best of Taos 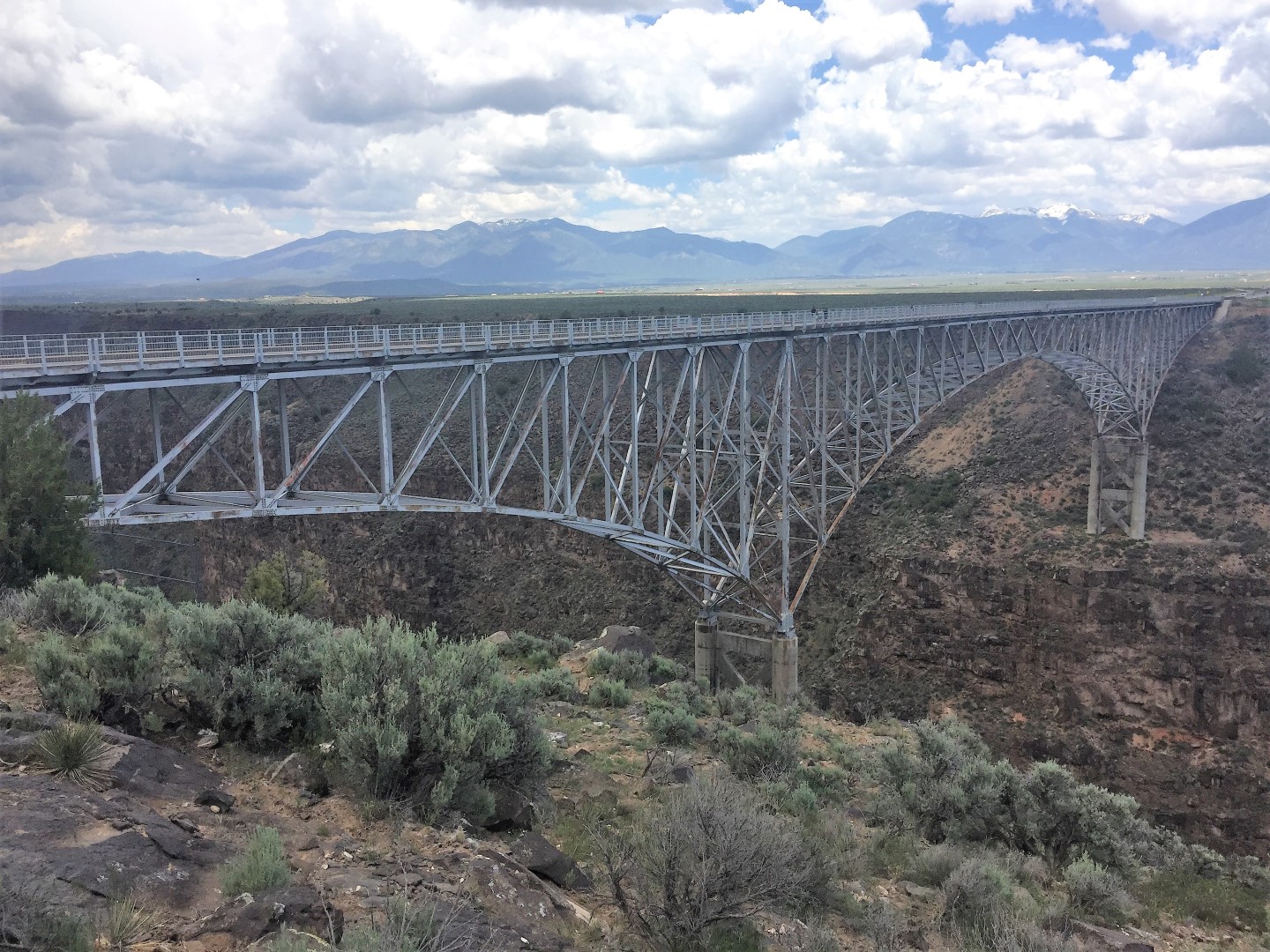 There is no doubt that the historic Taos Pueblo, Rio Grande Gorge Bridge, and Taos Valley Ski Resort are on the must list for first-time visitors to the city of Taos. But the real hidden nuggets — and some of  the best of of Taos — are those off the beaten paths in this Land of Enchantment.

Drive the 56-mile High Road to Taos from Santa Fe via the Sangre de Cristo mountains past the Santuario de Chimayo, a mission church where pilgrims journey to touch the healing dirt; past galleries like Chimayo Artisans featuring punch-tin work, straw applique, saints called retablos and the Rio Grande weavings. 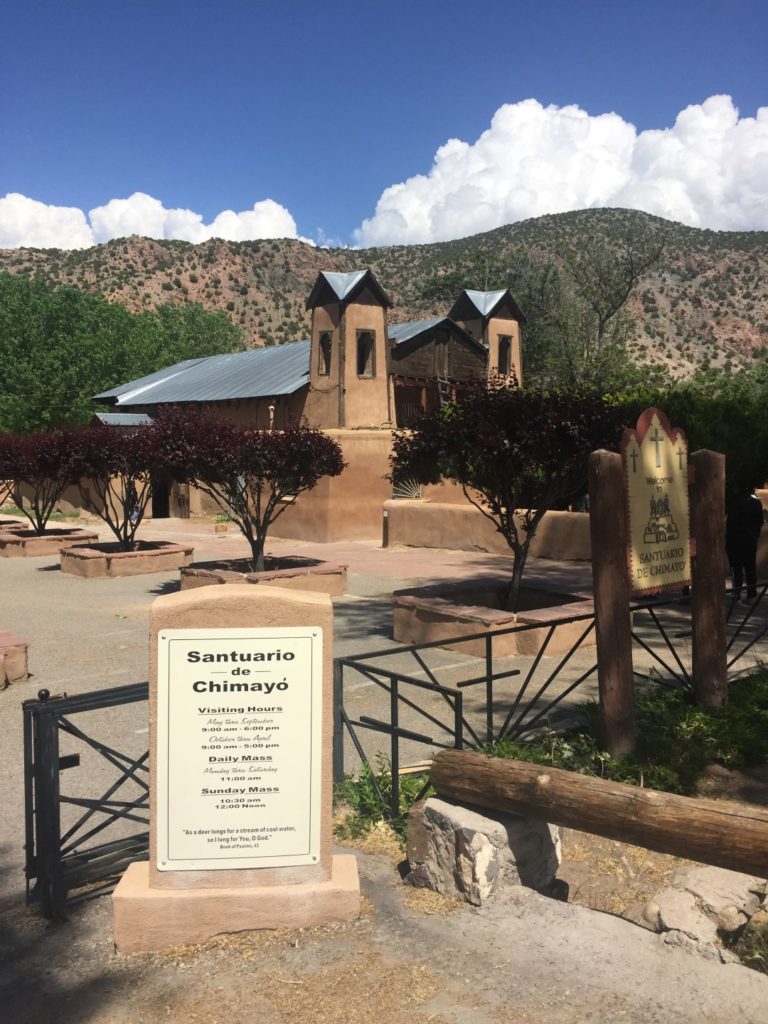 Make your headquarters at The El Monte Sagrado Living Resort and Spa, a heritage Luxury hotel, and Northern New Mexico’s most exclusive resort In Taos. Find yourself surrounded by beautiful grounds and mountain views at over 7000 feet elevation. Immerse yourself in the healing serenity of the award-winning Living Spa with Native American Patrick Shendo’s 60-minute Healing session via music targeting the four sacred elements that heal the soul. 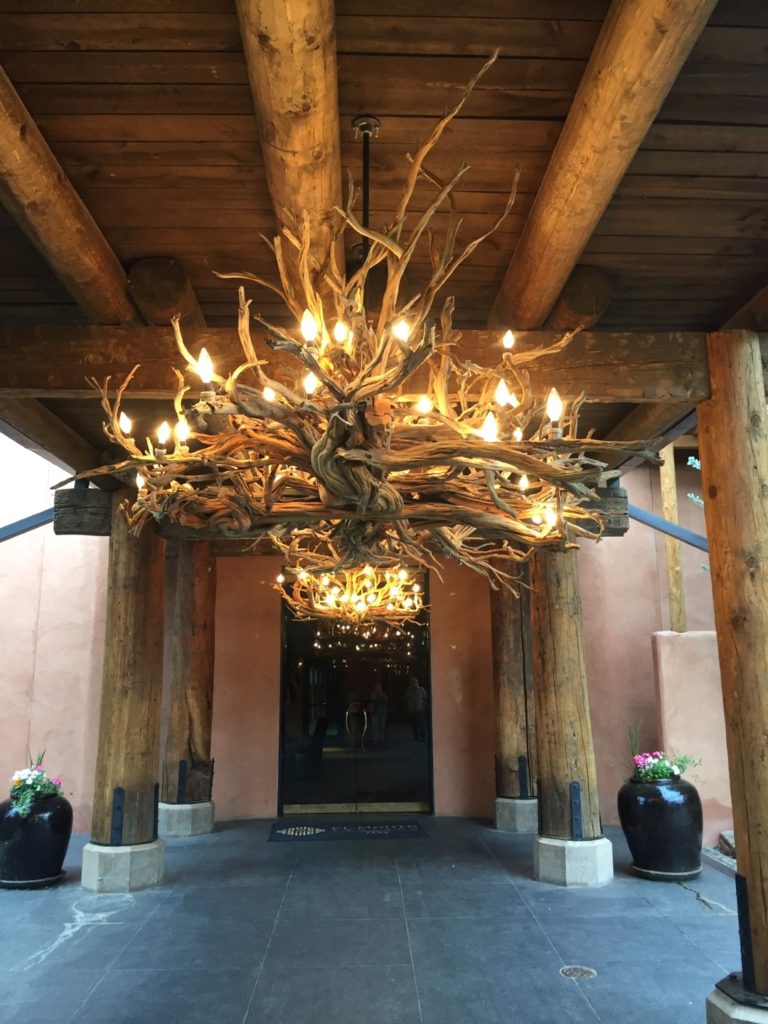 Indulge in a varying menu of local and global influences with fresh ingredients at De La Tierra restaurant like the saki-marinated salmon or the pan-seared duck breast prepared by Executive Chef, Cristina Martinez, a native New Mexican.

Brave the Anaconda Bar with its giant anaconda sculpture that wraps around the bar and disappears above. Enjoy signature drinks like the Lavender Margarita. and ever-changing creative cuisine, like the bison Frito pie or tuna poke bowl. There’s live music, cocktail demos,  trivia nights and night two-step dance lessons. 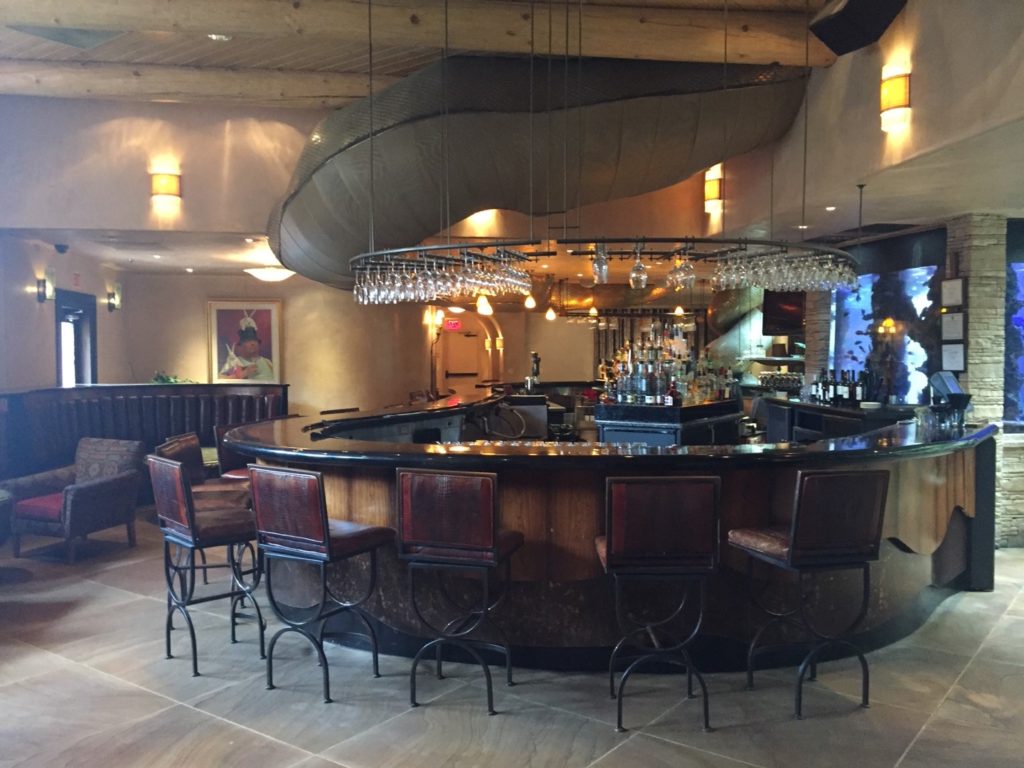 Shop an extensive local collection of art and jewelry in the Dakkya gift boutique.  My favorite breakfast on the enclosed De La Tierra patio featured the Taos Farmers Market omelet with a side of fruit.  Also try the El Monte Benedict with a local addition of avocado, or the crème brulee French toast with blackberry compote and lemon-mascarpone whipped cream. So yummy. 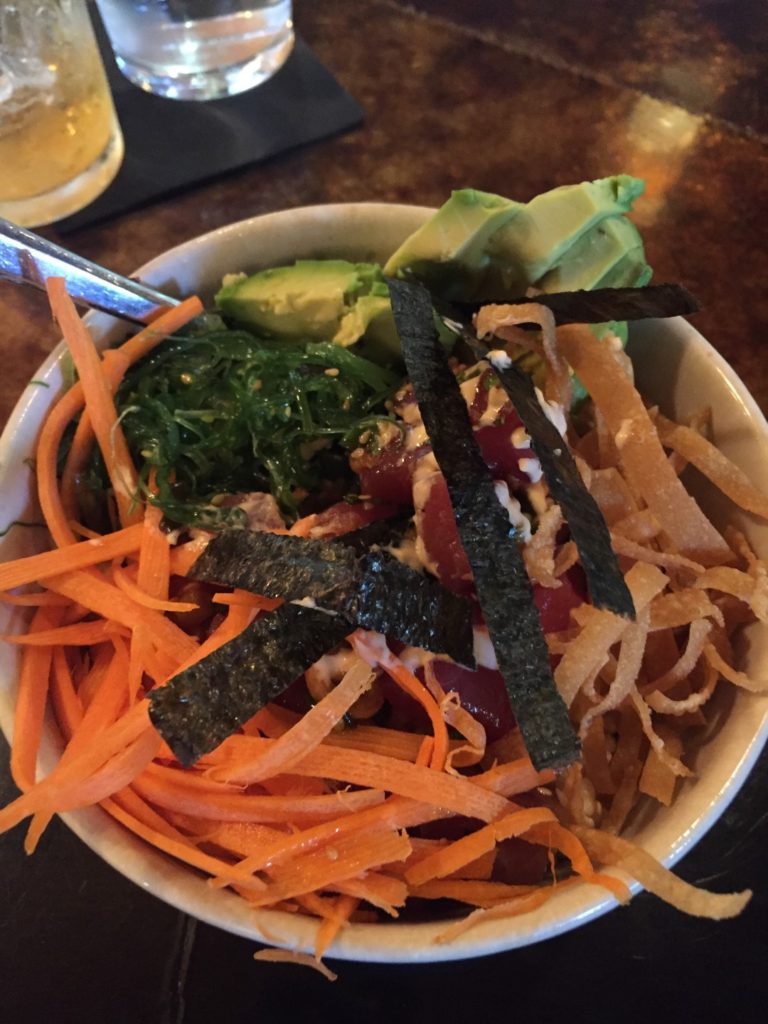 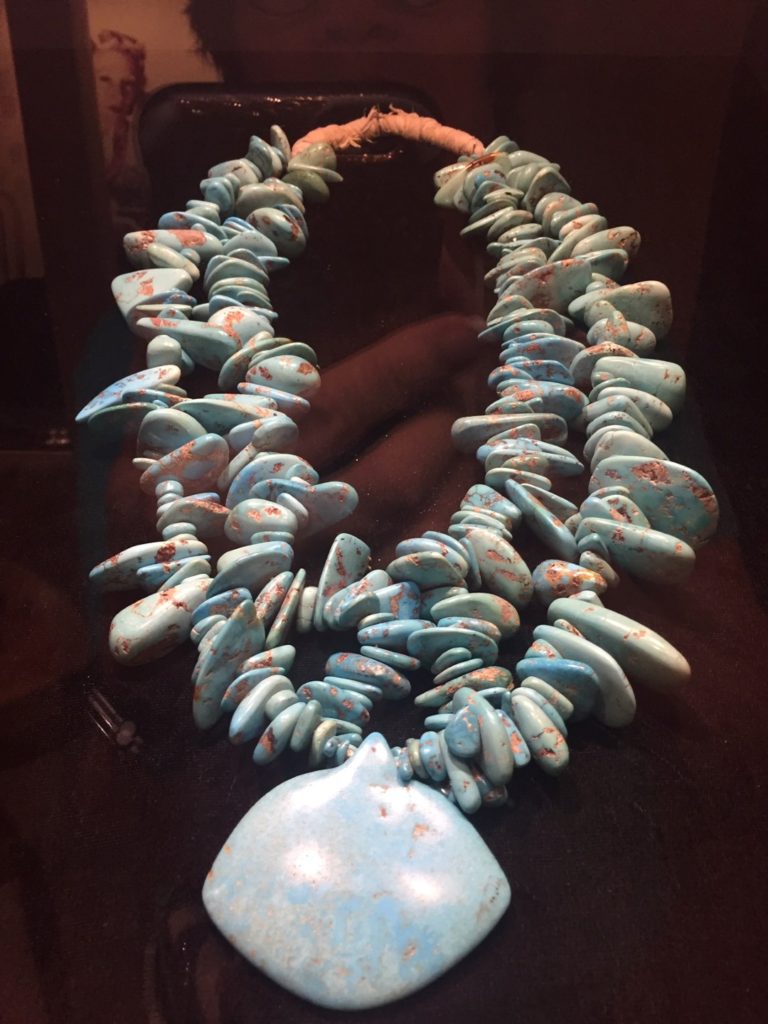 The Museum was founded in 1956 by Millicent’s youngest son, Paul Peralta-Ramos, as a lasting tribute to Millicent, three years after her death. Millicent, the granddaughter of Henry Huttleston Rogers, the co-founder of Standard Oil, came to Taos in 1947 to recover from her breakup with Hollywood actor Clark Gable. She fell in love with Northern New Mexico’s rich Native American and Hispanic traditions. Her son Paul donated her rich and diverse collection to the museum’s exhibitions. 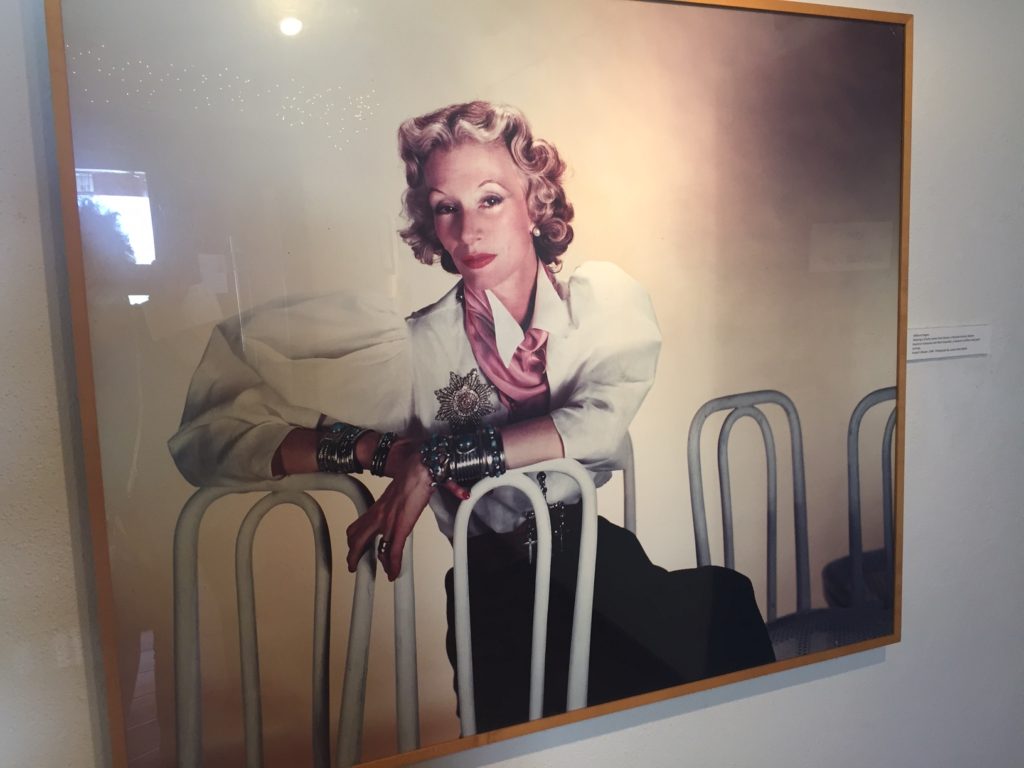 Visit the Taos Earthship Biotecture Community, one mile past the Rio Grande Gorge Bridge, featuring Architect Michael Reynolds and the passive solar off-the-grid houses made of both natural and recycled materials such as earth-packed tires and glass bottles.

These special houses are built to address the six basic human needs for a harmonious life: food, energy, clean water, shelter, garbage management, and sewage treatment.  Learn more about the construction and experience life inside an Earthship for a night or a week. Internship or Academy Training is available. 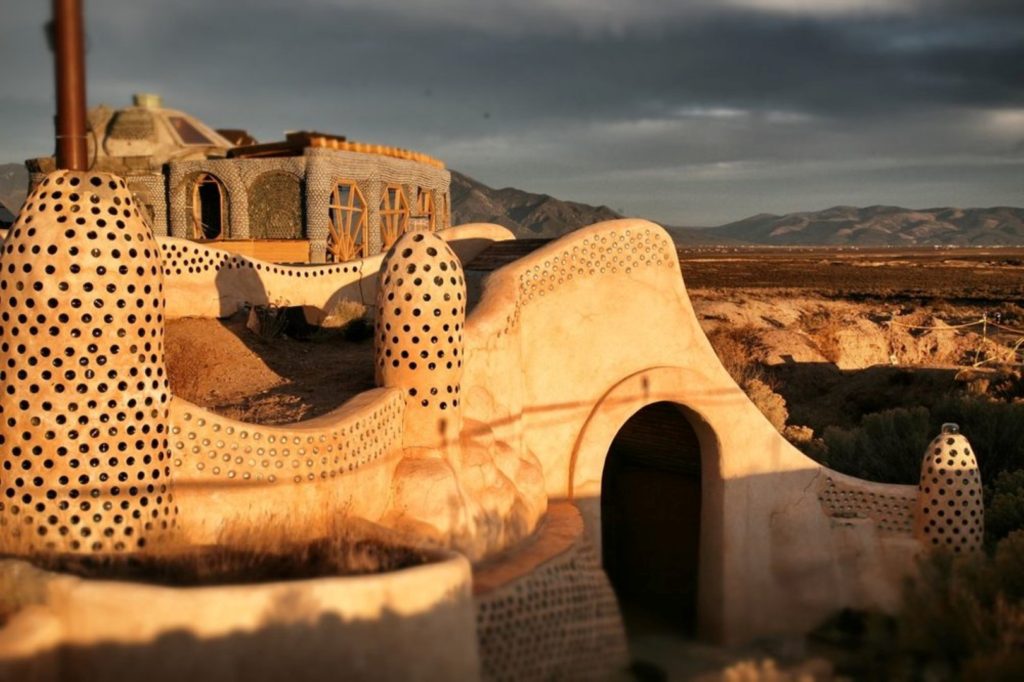 Take a road trip on the Enchanted Circle, the 84-mile scenic byway through the Sangre de Cristo Mountains. Wheeler Peak is the highest point in the state at 13,161 feet. You pass valleys, mesas, and National Forests. Venture from Taos to Angel Fire, and visit nearby villages of the ghost town of Elizabethtown, Eagle Nest, and Red River, before heading back to Taos. 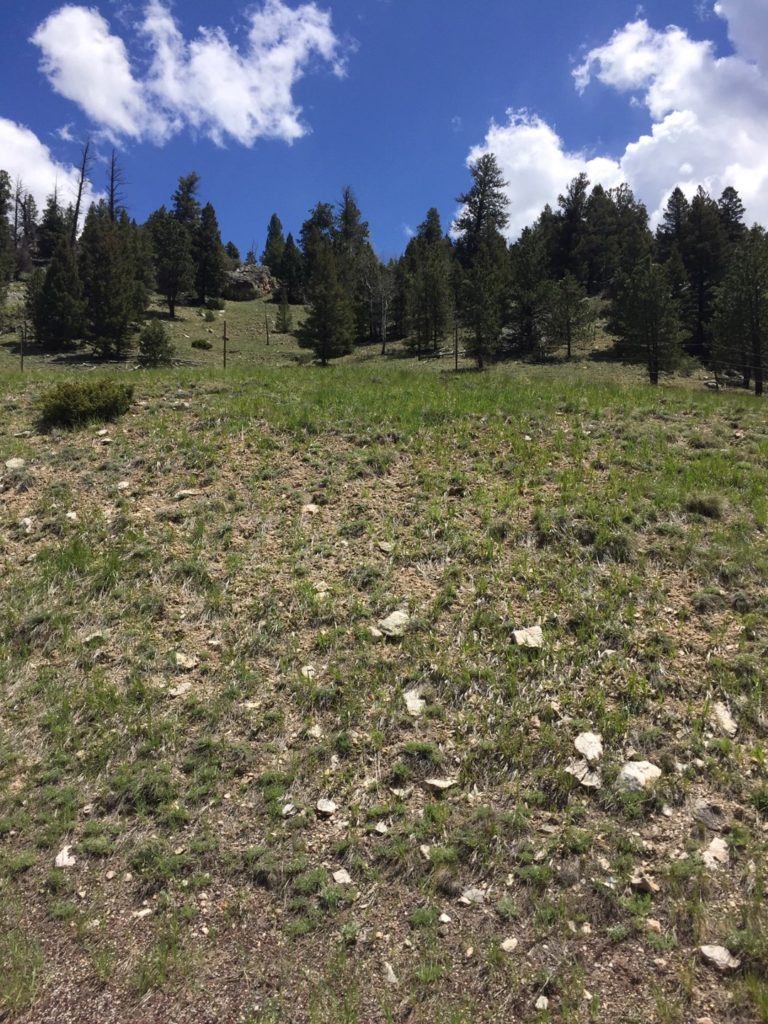 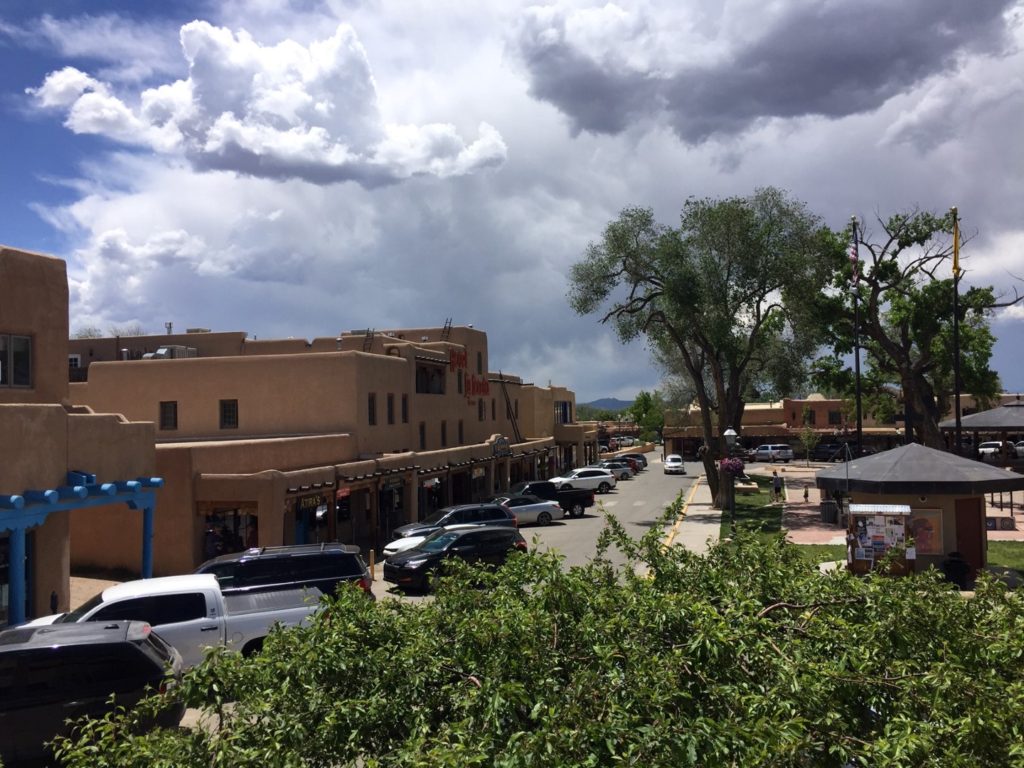 San Francisco de Assisi Church, a designated National Historic landmark in Rancho de Taos and a United Nations World Heritage Site, was built in the early 1800’s. It’s the only original church in the Taos area which remains intact. The church has been the subject of artists like Georgia O’Keeffe, Ansel Adams and others who admired its adobe contours.

The annual “mudding” of the church, called “The Enjarre” happens every June when volunteers gather to mix clay, sand, straw, and water into thick mud to apply to the entire surface of the church.

Inside the Parish Hall hangs Henri Ault’s 18th-century oil painting “The Shadow of the Cross” which glows mysteriously when the lights are turned off. 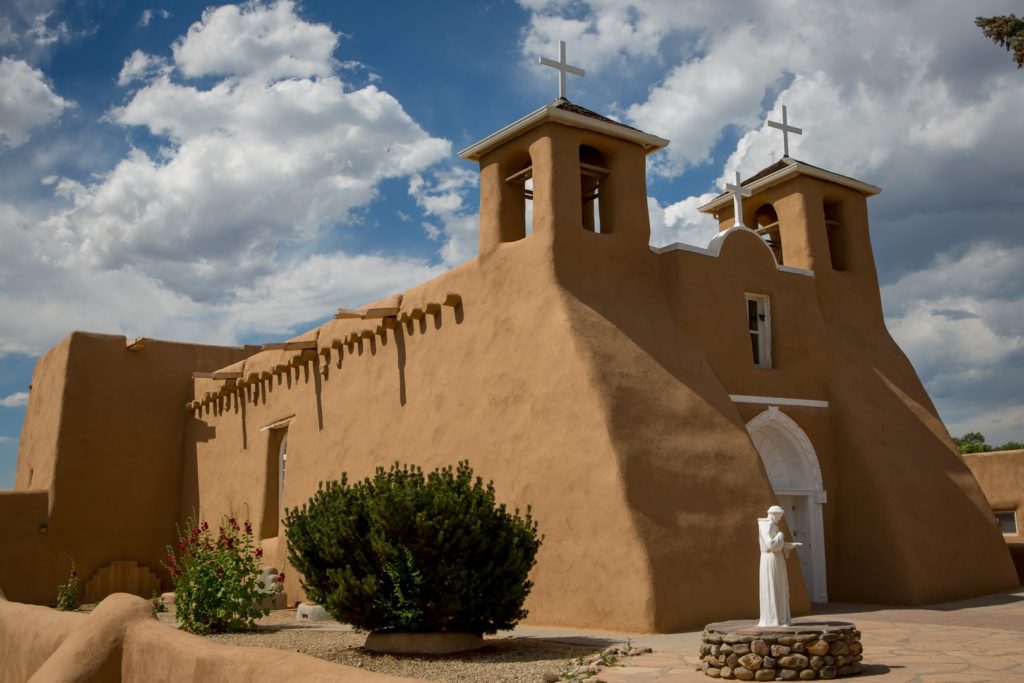 Christopher “Kit” Carson was born on December 24, 1809.  He arrived in Taos in 1826 after leaving his apprentice saddle-maker training. He married his third wife in 1843 at age 33, Josepha Jaramillo and moved into the home that is the museum today.

Kit became a hero of the west during his exploits to map the South Pass and lands west of the Rockies. Carson became a Federal Indian Agent in 1854 at age 42, serving Taos Pueblo, Moache Ute, and Jicarilla Apache tribes. He became a Free Mason, inducted at the Masonic Lodge in Santa Fe and was a charter member of the Taos Bent Lodge.

Carson was chosen by General James Carleton to gain the submission of the raiding Navajos and relocate the Navajo people to the Bosque Redondo to become farmers. Carson didn’t participate when US Army troops escorted over 8,000 men, women, and children to the Bosque Redondo reservation in eastern New Mexico called the “Long Walk.”

In his later years, Carson remained an advocate for Native Americans, while struggling to support his large family.  He died of an aortic aneurysm at age 59.

The Taos Masons purchased Carson’s home in 1911 as a business and residence before it became the museum in 1949.  The Kit Carson Home and Museum was designated a National Historic Landmark in 1963 and is still owned by the Masonic Lodge of Taos. 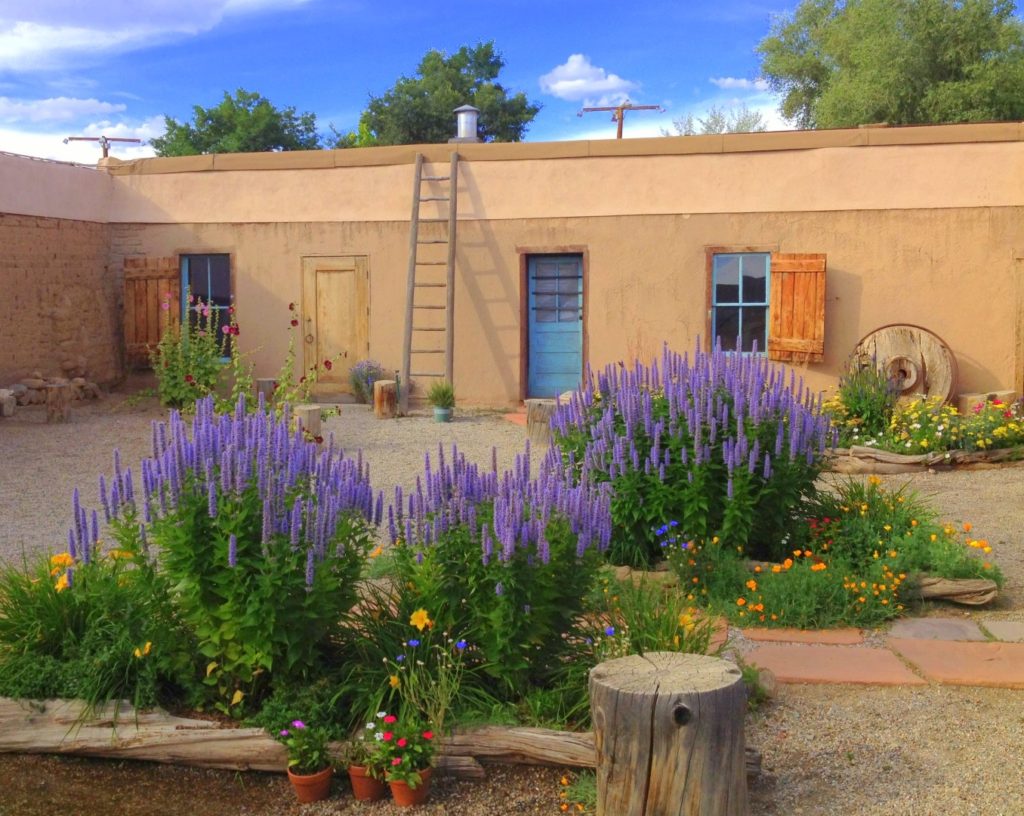 Golf Resorts in the Taos Area

The Valle Escondido, “hidden valley” in Spanish, is a nine-hole, no-golf-carts throwback between Taos and Angel Fire. Tackle postage-stamp greens via natural state fairways, across mountain pastures and cat-tail wetlands, and around tall Ponderosa pines. Find bar food, cold beer, and cocktails at the clubhouse, a community hangout.

The 18th hole at the 8500 ft Angel Fire Golf Course drives uphill to the clubhouse. Enjoy two restaurants, clubhouse, pro shop, and locker rooms. Reserve tee-time to play the bluegrass fairways through Ponderosa pine and wet, rich bottom-land from elevated tee boxes. With help from the altitude, drives travel farther than ever. 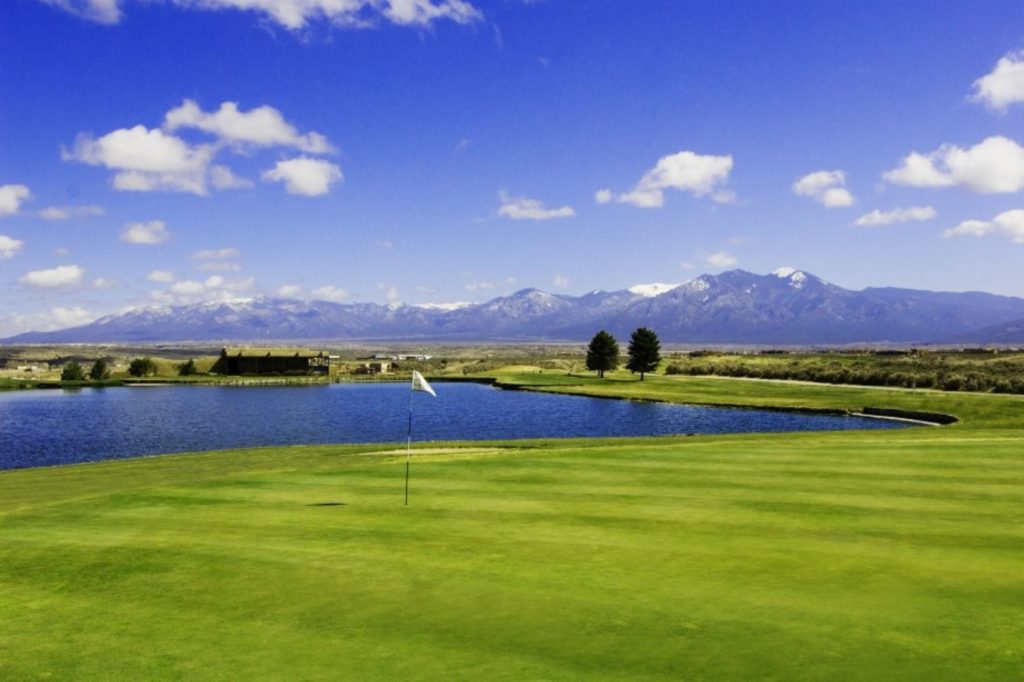 So Many More Hidden Nuggets of Taos

There is much more to do in Taos. Glamping with Heritage Inspirations. Hiking trails like the West Rim Trail and more. Balloon rides with Pueblo Balloons of Taos. River rafting and kayaking with Far Flung Adventures. And of course, winter snow skiing and snowboarding at Taos Ski Valley, Angel Fire, Red River and others. 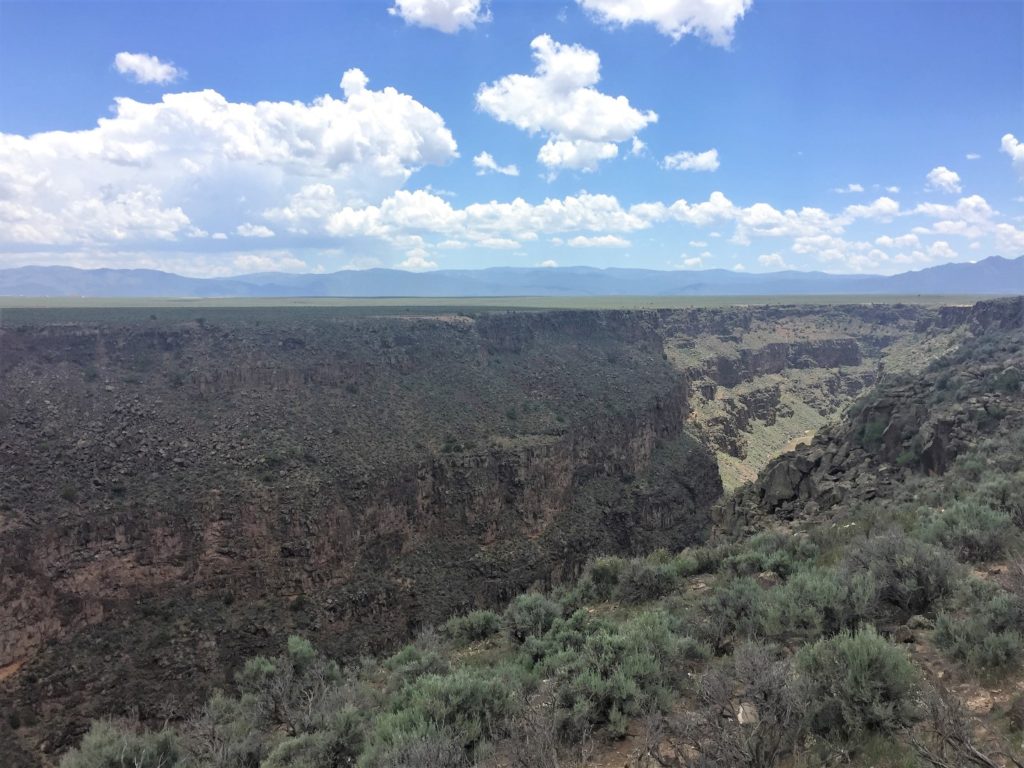