How to Enjoy Coffee Around the World 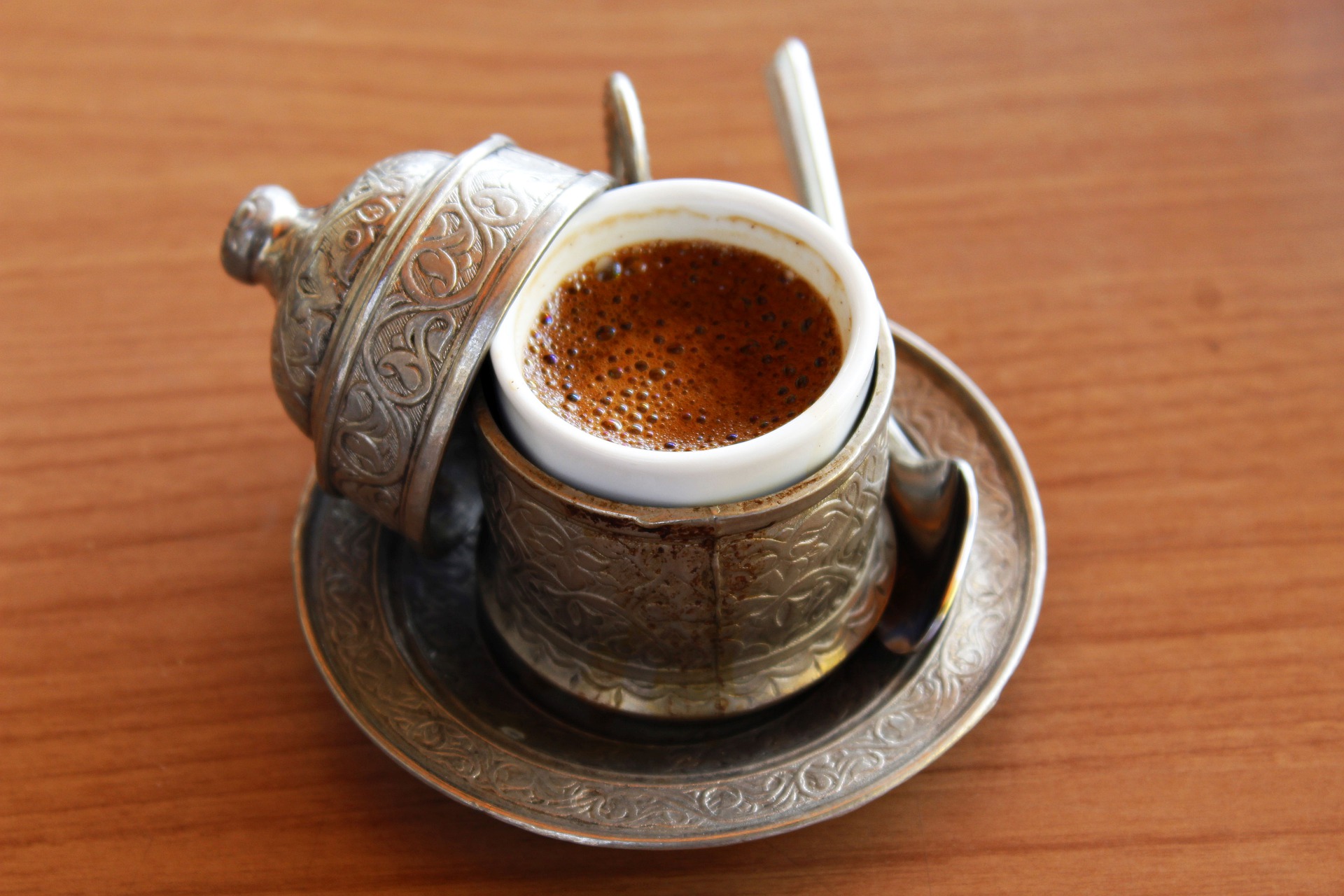 Coffee has been such a hit to the human race that it’s made it to every single continent on the planet. Yes, even scientists in Antarctica like to enjoy a cup of coffee. But that doesn’t mean we all enjoy coffee the same way, or that it means the same to you as it does to someone from the Ethiopia, Japan, or Brazil. This article explores the different ways coffee is enjoyed around the globe. There’s usually a rich history behind why it’s enjoyed that way. We hope you’ll explore how to enjoy coffee around the world, where you travel, or explore from your home town. Let’s jump in. 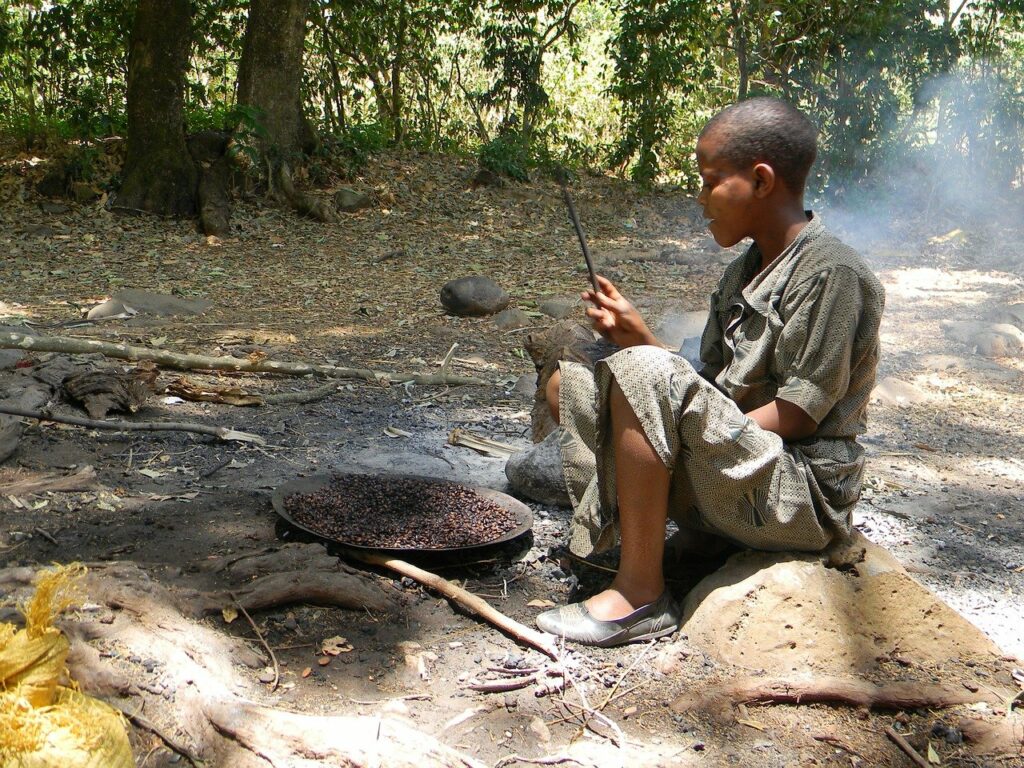 Being the birthplace of coffee, it only seems fitting that we begin here. There is a rich history of coffee in Ethiopia, going all the way back to around 850 A.D., where a goat herder by the name of Kaldi existed.

Legend has it that Kaldi observed his goats eating berries from the Coffea plant, where they become energetic, excitable, and wouldn’t sleep at night.

He took these mysterious beans to his local monastery, where the monks discarded them and cast them into the fire, accidentally roasting coffee for the first time. Can you imagine smelling coffee roasting for the very first time, filling the halls of the monastery?

Needless to say, coffee became part of Ethiopian culture, and even to this day there is a ceremony that takes place, focusing around the beloved bean.

The lengthy ceremony starts with the raw, unwashed coffee beans, and ends up with freshly brewed coffee. But first, the woman who’s performing the ceremony covers the floor with fresh flowers and grass. Incense is burnt the whole time to ward off any lingering evil spirits.

She then prepares the coffee, roasts it, grinds the beans up with something similar to a mortar and pestle, and brews the coffee in a pot of boiling water.

The end product of Ethiopian coffee is similar to that of a Turkish coffee. There are three servings for each participant in the ceremony, with each cup transforming the spirit, and the third said to be a blessing to those who consume it.

It’s fair to say that the Ethiopian ceremony is nothing like how we in the west consume our coffee, but it’s a tradition that goes back longer than we can imagine, and it’s a fascinating one at that. 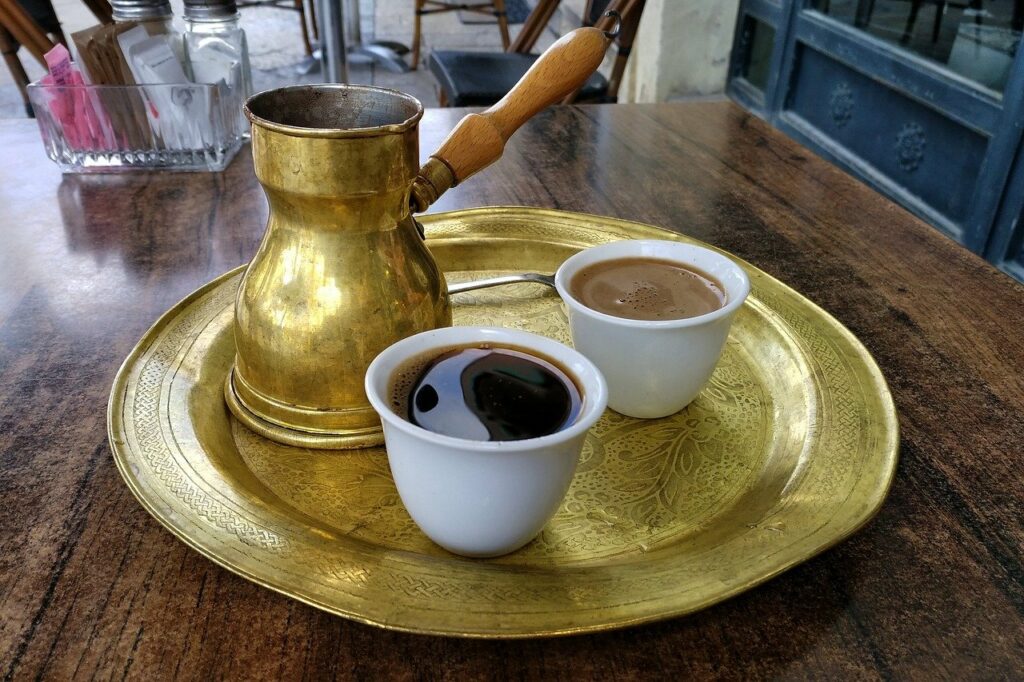 If you ever find yourself in Tel Aviv, Israel, you’ll be a little more familiar with the coffee culture here, than in Ethiopia.

Here there is a huge range of cafes for people from all walks of life. Cafes for businessmen or tourists, cafes with a chilled and relaxed feel, or with a more serious and formal tone.

Coffee in Tel Aviv goes hand in hand with socializing, business, or parties, and there isn’t a bad time for a brew. You can find coffee served a range of different ways, but most interesting are the traditional brews of the Middle East.

There are two main coffees that are served in Israel, which are Kafe Shachor and Kafe Botz.

Kafe Shachor, (also known as Kafe Turki) is a black coffee that uses a very fine grind, almost like a powder. The ground coffee is left in the cup as you drink it, so the longer you leave it the bitterer it becomes.

Kafe Botz is somewhat similar to an Americano, where a small but strong cup of coffee is brewed, almost like an espresso, and hot water added afterwards. This is known as ‘uncooked’ coffee.

The Kafe Shachor is known as ‘cooked’ coffee, as all the water is added while the coffee is brewing. If you see cardamom being served with coffee, try it! It’s delicious and traditional in Israel.

Turkish coffee is made similarly to the previous coffees we’ve just talked about. It’s one of the most famous and traditional ways, resulting in a thick, strong, and somewhat bitter brew.

Coffee is ground down to a fine powder and placed into a small traditional pot called a ‘cezve’, which is a beautifully designed copper carafe. Cold water and sugar is added, along with any other spices you want to add to your coffee.

It’s brought to the boil, and served in small cups, which allow the grounds to sink to the bottom, where they collect without ending up in your mouth.

There are a couple of different ways you can ask for your Turkish coffee. You can ask to be served unsweetened coffee (sade kahve), sweet coffee (tatli), or with a little bit of sugar (orta şekerli).

Like many cultures, coffee is often served during family occasions, social events, or holiday celebrations. But the rituals and socialization that come hand in hand with coffee are passed on from generation to generation, and are an important part of Turkish life. 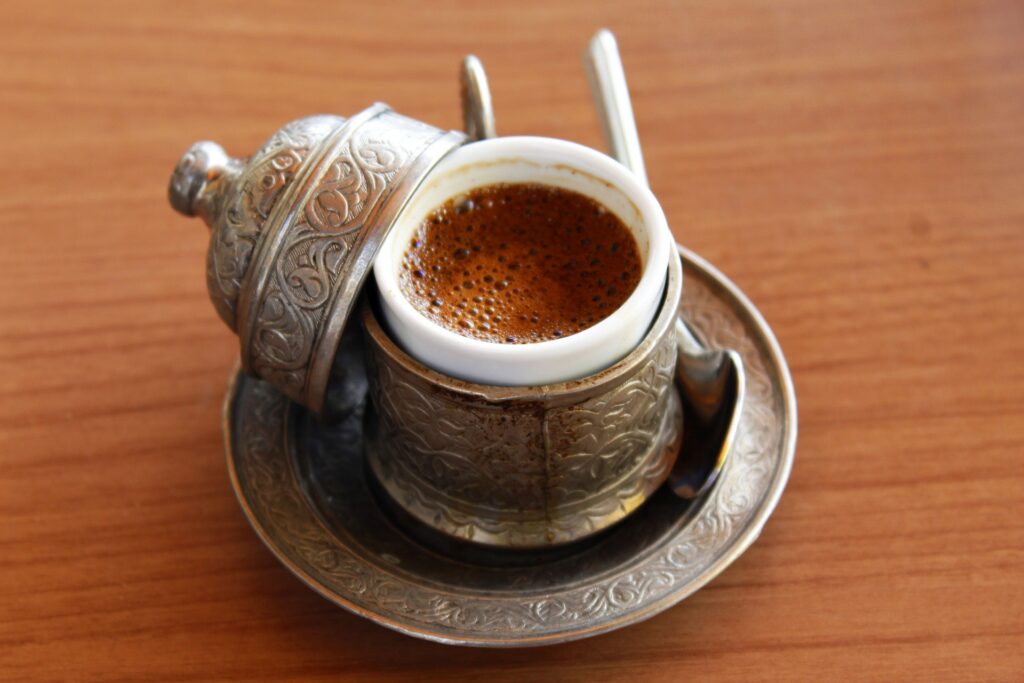 Well we couldn’t talk about coffee cultures around the world without bringing up Italy, the home of the espresso.

Personally, I love the history Italy has with coffee. They pioneered many different ways to brew coffee, and spent a lot of time figuring out the best way to extract all the delicious flavors from the bean.

Their oldest cafe, which is in Venice, is called Caffe Florian. It opened in 1720, and is still open today. Many famous names have drank a cup of coffee in these walls, including Lord Byron, Charles Dickens, and the French novelist Marcel Proust.

Italians tend to only drink espressos, and are used as a boost of energy to get you to where you need to be. It’s common to drink your espresso standing at the bar, as it’s only a quick stop.

That being said, it’s also common that Italians will drink a cappuccino on a morning, but not after 11am. Milk is a little too heavy for digestion after 11, and so is kept for a morning drink.

Walk into a café in the afternoon and ask for a cappuccino, and you may as well have a stamp on your head labeling you as a tourist.

Taking a trip over to Scandinavia, we can see an unusual pairing of coffee and, cheese?

Yes, in Finland a traditional coffee called Kaffeost is where you take a cup of coffee, whether that is a shot of espresso, or something like an americano, and pour it over cheese that sits at the bottom of the cup.

This cheese is known as juustoleipä, otherwise known in English as ‘bread cheese’, and is rubbery and a little chewy. When coffee is poured over the top, it melts and stays at the bottom of the cup, which you eat with a spoon once you’ve finished.

Although not something you might be used to, if you’re ever in Finland and get the chance to try this unique coffee, you must! The cafes in Finland (kafevila) are almost always beautifully designed, as all Scandinavian interiors are.

The Finnish are crazy about their coffee, and are surprisingly the biggest coffee drinkers in the world per capita. In 2015, on average each person drank 12.2kg of coffee. 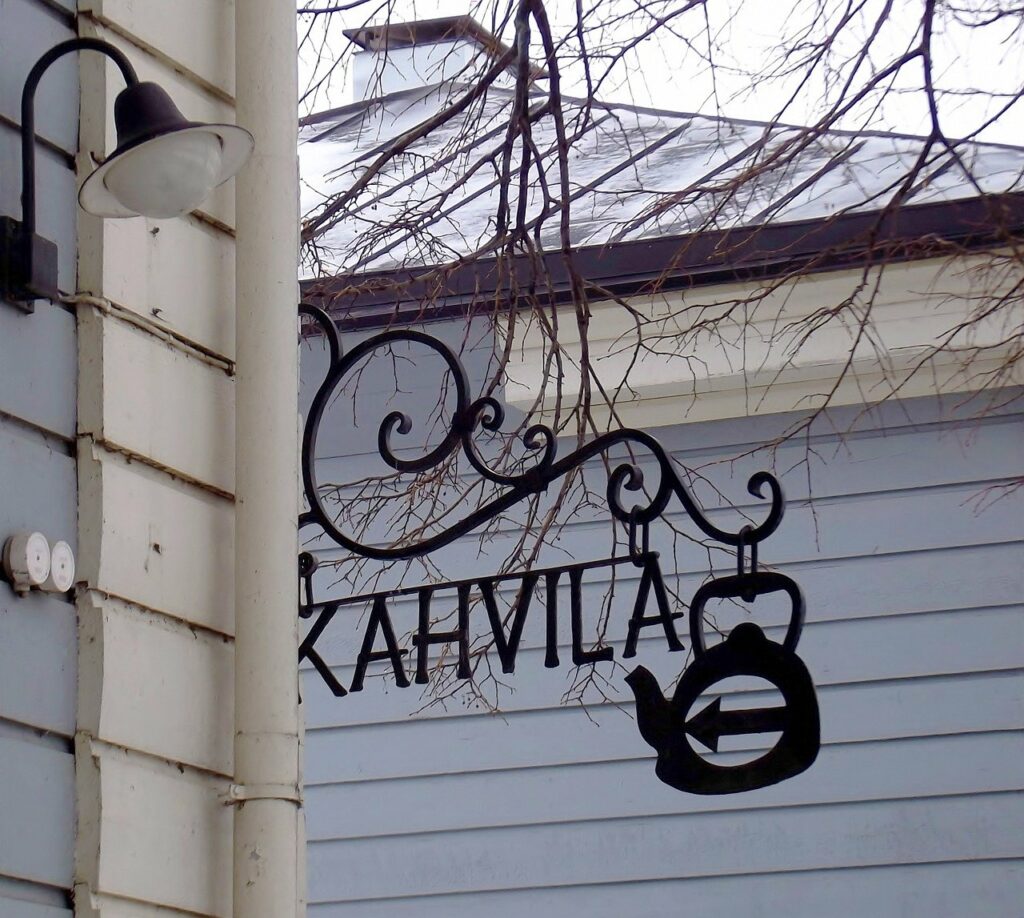 Coffee was introduced to Japan by the Dutch in 1700, and like many places that were introduced to coffee, have never stopped consuming it since.

There was a brief period during and after World War 2 when there was a ban on coffee imports. When WW2 was over however, specialised coffee, jazz cafes, and innovative coffee brewing equipment was an example of Japan’s push to modernise its culture.

Japanese tea culture is very much similar to how Turkey or Ethipoia regard coffee, in the fact that it’s ritualised and is a unifying event, expressed through a ceremony. Whereas coffee was something much more casually consumed.

It’s incredibly common to find coffee in a can, which you can get from vending machines throughout the city. But there is an increasingly growing coffee culture, which is beginning to boom in Japan, with specialty cafes popping up all over the place.

There are more and more coffee lovers around the world starting to notice Japan’s growing coffee culture, with some people reporting the best cups of coffee they’ve ever had have been from a Japanese cafe. 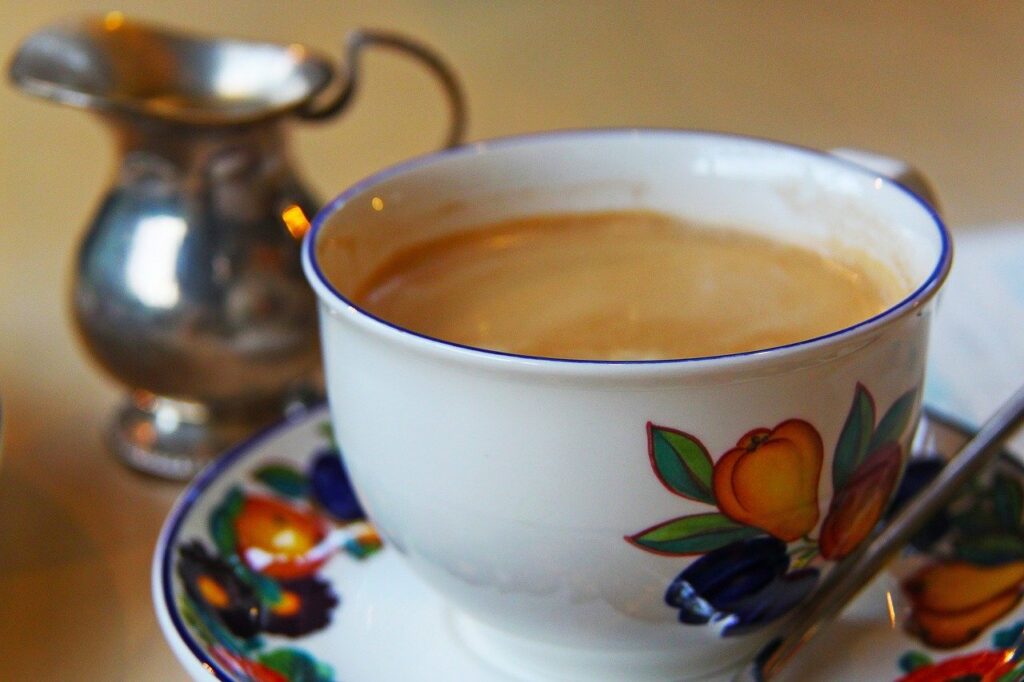 Last but not least, and maybe the first country you think of when you hear the word ‘coffee’, Brazil.

How Brazil came to be the biggest coffee producer in the world is a pretty cool story. It involves a sweet-talking Brazilian colonel called Francisco, and a bouquet of flowers from a French governors wife. But that’s another story altogether.

Today, coffee in Brazil is consumed very often and is deeply rooted in its culture. The coffee industry alone is responsible for supplying 8 million jobs, so the little bean is very important to a lot of people.

Most of the locals drink their coffee black, but because they often drink the lower quality coffee beans that are grown at low altitudes, they add a lot of sugar to cover the bitterness.

They tend to stay away from espresso and other coffee drinks (like lattes and cappuccinos) that require more advanced brewing techniques. They mostly drink filtered coffee, and it’s common to have free coffee offered at gas stations and any other place an exchange of services or goods takes place.

A traditional brew is called a ‘cafezinho’, which is basically pour-over coffee, served with a lot of sugar. Good for those of us with a sweet tooth. 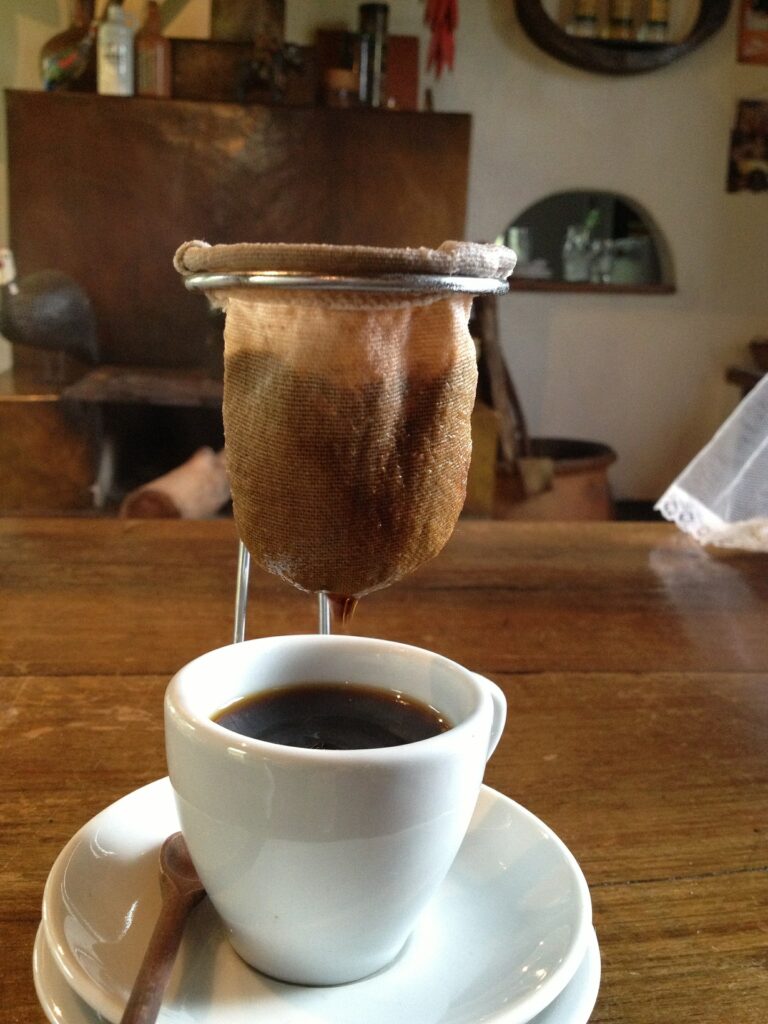 We have only just skimmed the surface of how coffee cultures differ around the world. You would have to research and explore this topic your whole life to fully appreciate just how many different ways this little bean is consumed, prepared, ritualized, and shared.

Next time you visit a country, maybe trying a traditional cup of coffee will be on your list of things to do. I know it’s certainly on mine!

On our site: 5 Delightful Coffee Shops in Washington, D.C.

On our site: How to Make Lattes Without an Espresso Machine

Tom quit his job 3 years ago to travel the world, where his passion for coffee grew even bigger. Now he writes guides, tips, and reviews on all things coffee related, to help you brew the best coffee possible from the comfort of your home. If he isn't brewing a coffee, he's either fishing, skydiving, or booking plane tickets to somewhere new.

The Burton: A Historic Tavern in Allegany, New York