Kheerganga: Camping in the Himalayas 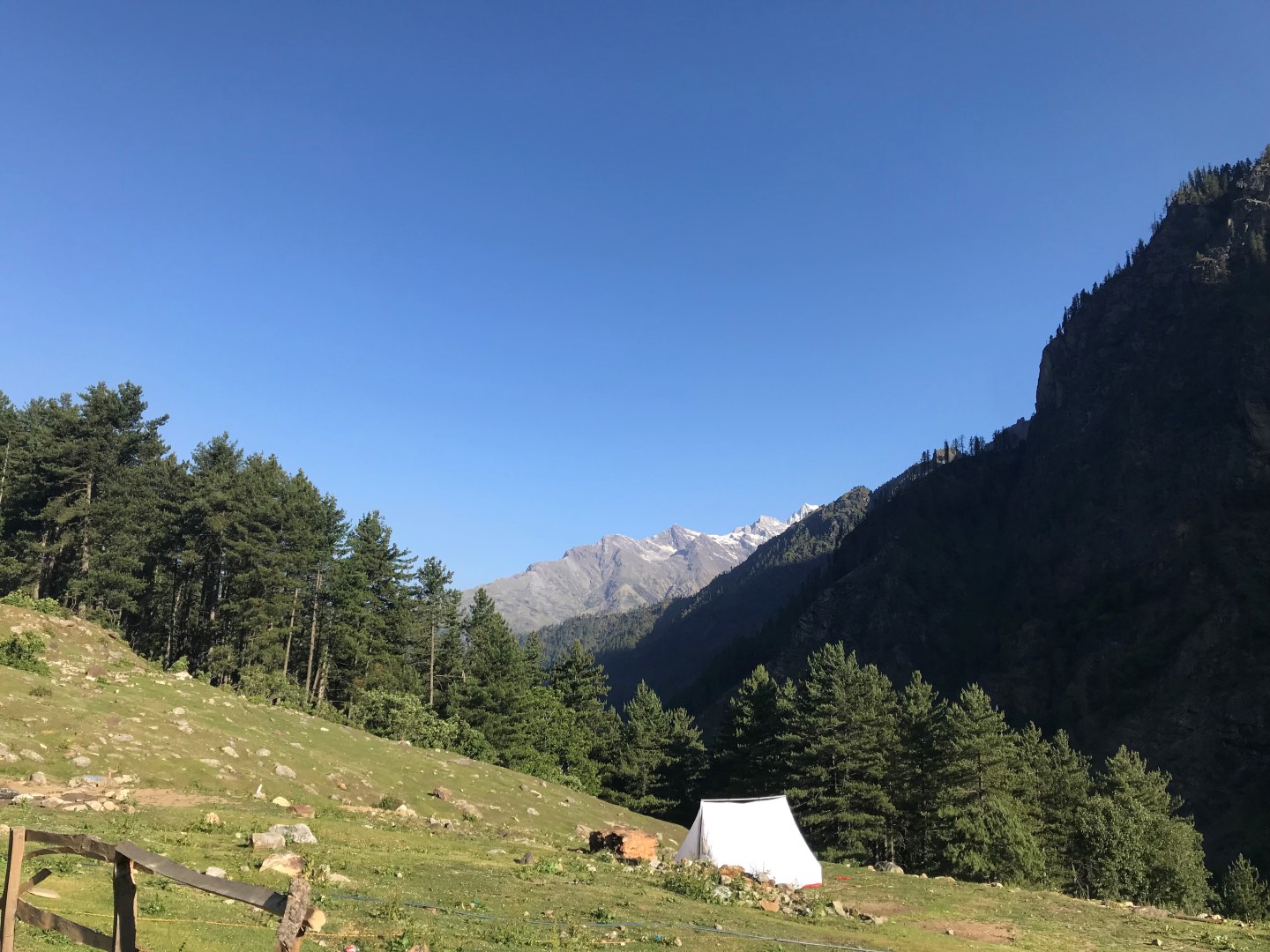 Camping in the Himalayas had been on my list for so long, and I finally got a chance to go for a trek in these mighty mountains. The Himalayas is a place that’s often defined by its vast mountain, often impenetrable snow-covered ranges. But at some elevations in summer, it is also  pinewood trees and rivers that flow in free spirit alongside the mountainsides! When I had the dates in my hand, the options were too many and it was very difficult to narrow the trip down.  I finally settled on Kasol, in Himachal Pradesh. Even after I had narrowed down to Kasol, there were two options; Kheerganga and Mcleodganj, both breathtakingly beautiful places.

Since my time didn’t permit me to visit both these places, I decided to go for Kheerganga and I couldn’t have been happier about the decision. 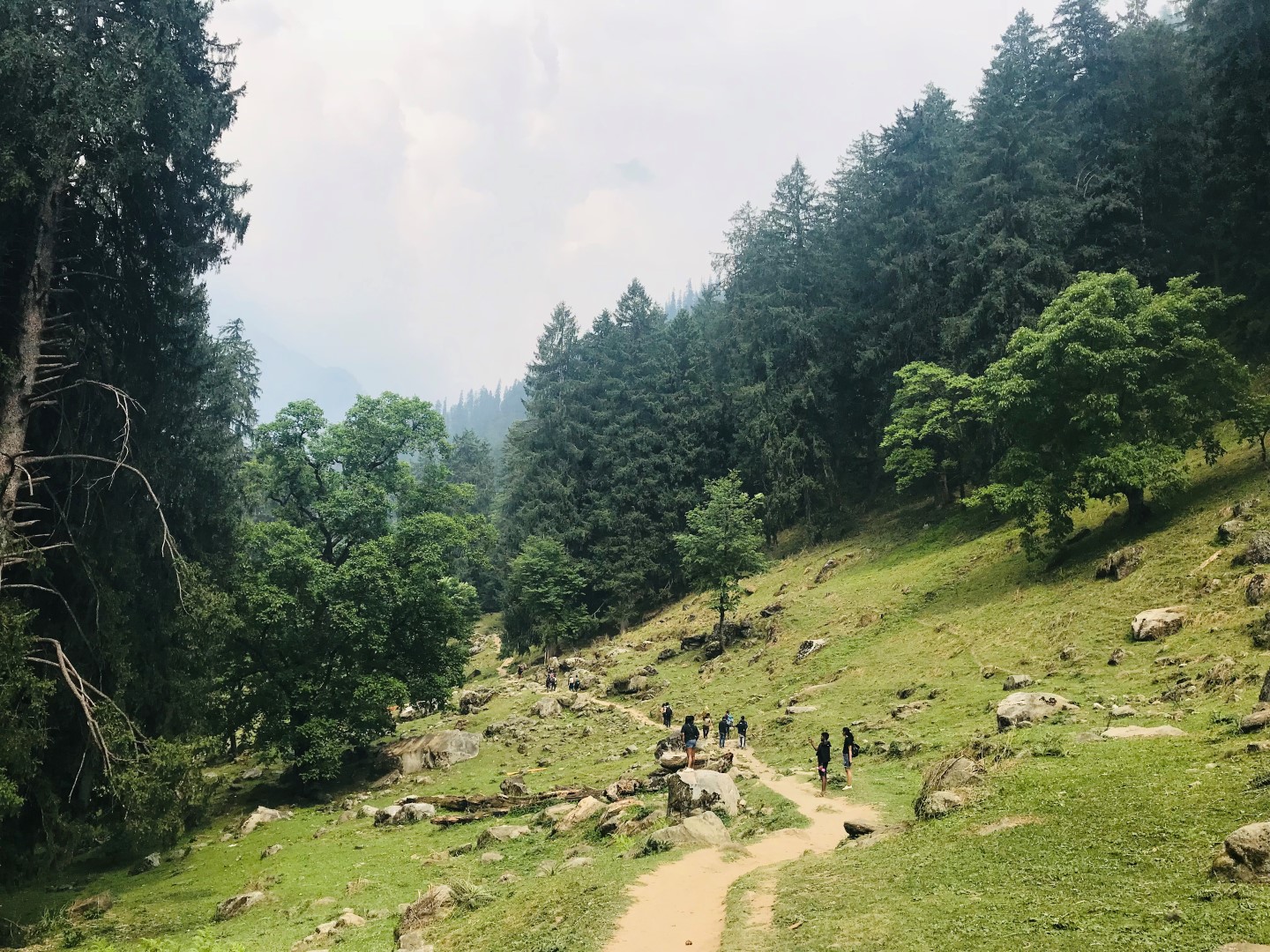 Our Plan…And a Change in Circumstances

I visited last year in May 2018. We reached the Delhi airport and took a car along with my troupe from there to Kasol, through Chandigarh and Punjab. You can also book a flight directly to Chandigarh, which is the nearest airport to the destination.

We reached Kasol in the night after a day’s travel. The plan was to get some proper rest that night and start trekking to Kheerganga the next day, camp a night atop and then head back down, the next day after sunrise.

What we didn’t know was that there was a government stop in progress to combat environmental concerns that had sprung up in the area. The owner of the hotel in which we were staying let us know about the ban that was issued on commercial establishments, i.e. camping sites and cafes, etc. We called the person we had contacted earlier for the camping, to make sure that we could camp there. Our contact still approved of it, but almost everyone around us advised us against it. We took the risk anyway. After all, what’s life without a little danger at times?

Our Trek in Kheerganga

The next day we started trekking and we took a good six to seven hours to reach the top of the trail. The last of the sun’s light for that day fell on us, just when we had hit the camping spot at the top. We had food at a cafe, and proceeded towards the camping spots to find the person who was responsible for camping.

He showed us the tents, and we were so glad that we came despite of all the rumors. Then we got to know that it was the last day for all that camping atop Kheerganga. The ban was real. The next day when we were trekking our way down, we saw many mules being taken up to carry all the stuff back. That was when we realized that we were the last group of people who enjoyed the ready-made camps at Kheerganga, and all others who wanted to camp there after that day would have to carry their tents themselves. 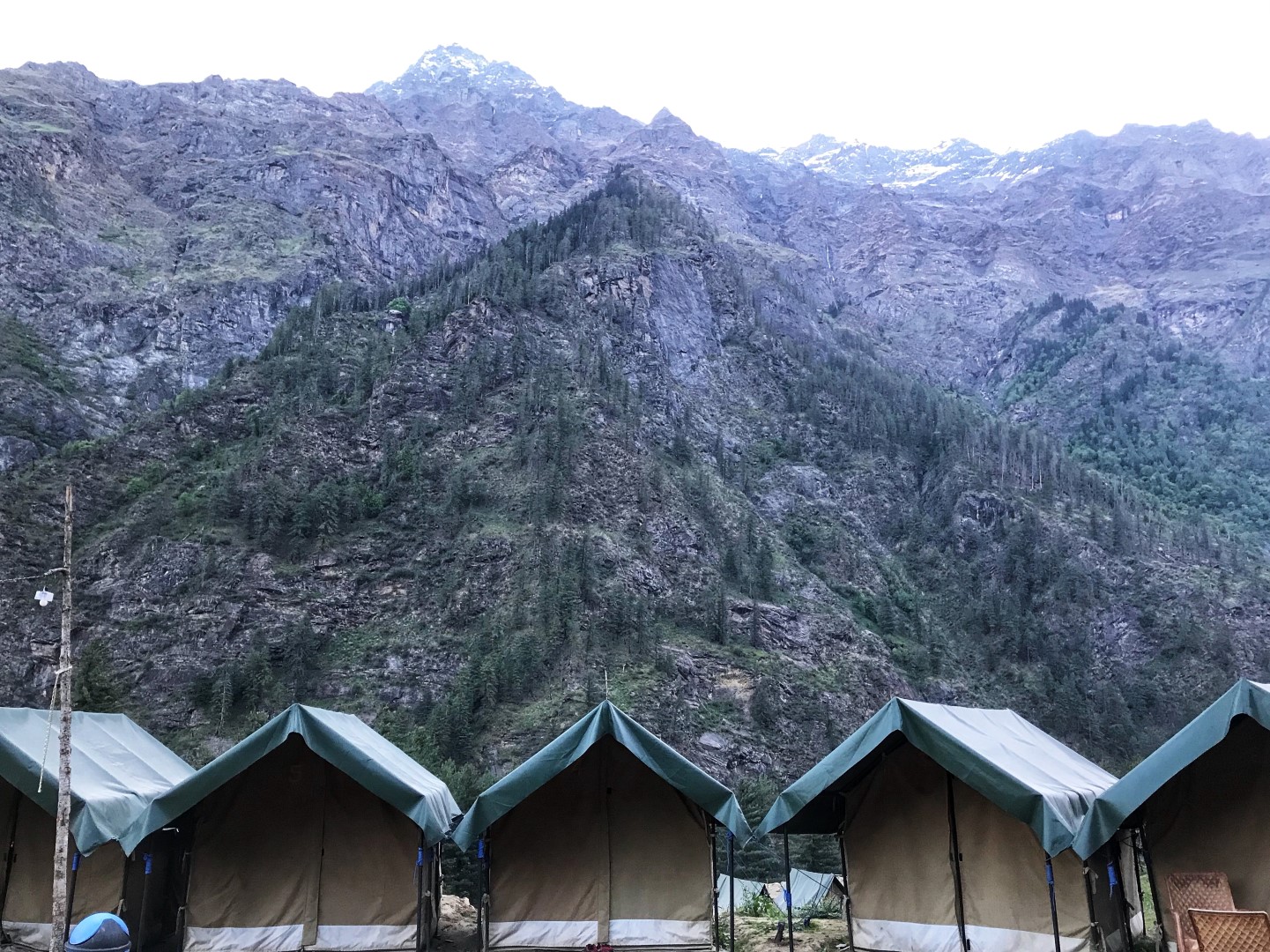 The camping that night was incredible. The night stars were beautiful. There were around 100-150 camps set up all around us, so safety was definitely not an issue. We had a bonfire lit that night and danced around it.

The next day at the morning, we woke up early to see the sunrise, but alas, we were surrounded by such huge mountains is wasn’t visible until the sky was bright. We had to wait till 8 a.m. to see the first glimpse of sun that day! 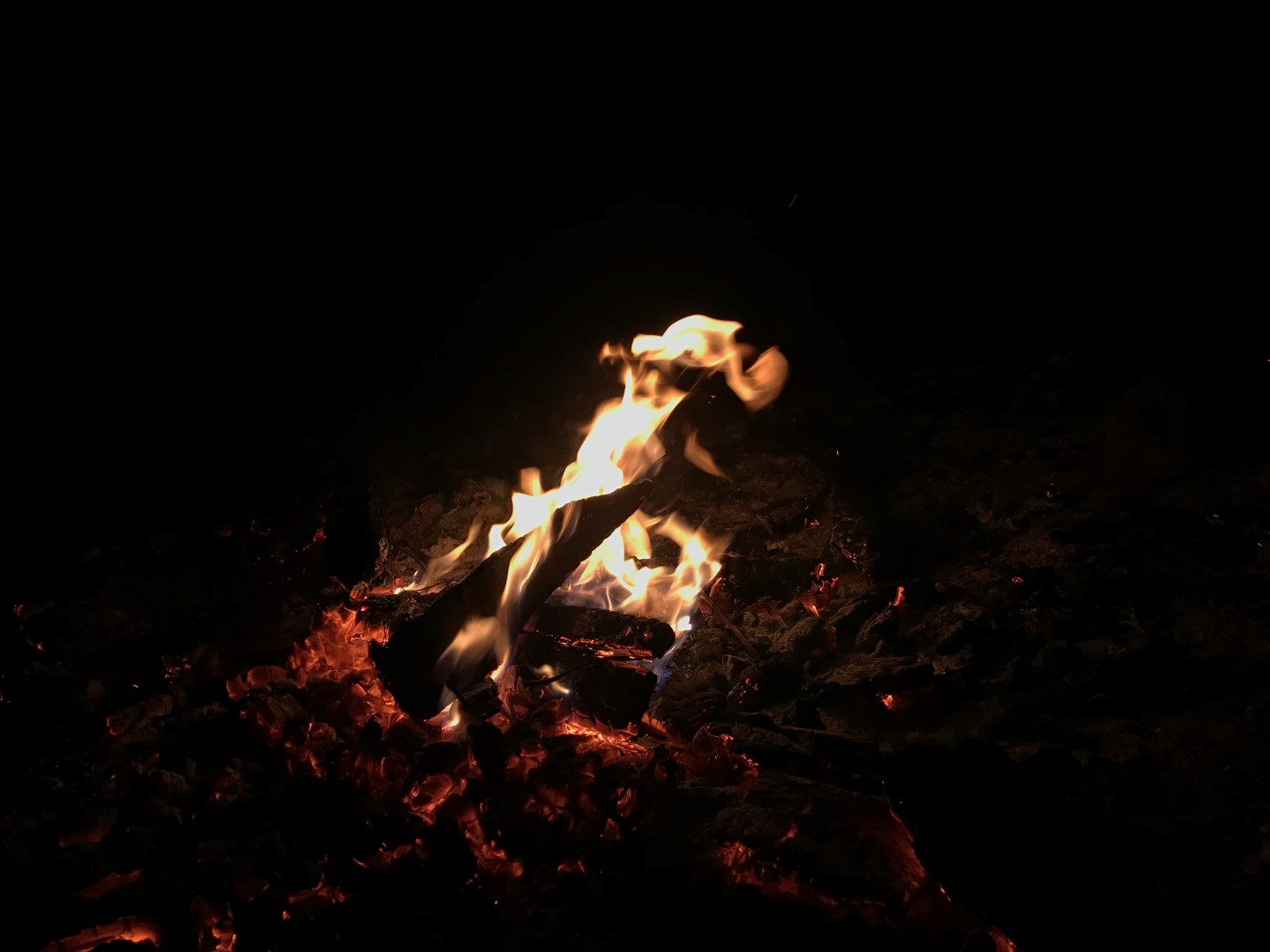 There is also a natural hot spring nearby, and a bath there would be perfect for the early morning chillness. You might not get to see a sunrise if you camp at Kheerganga, but I’m sure you won’t be disappointed after the soothing bath in the hot spring. It’s heaven! 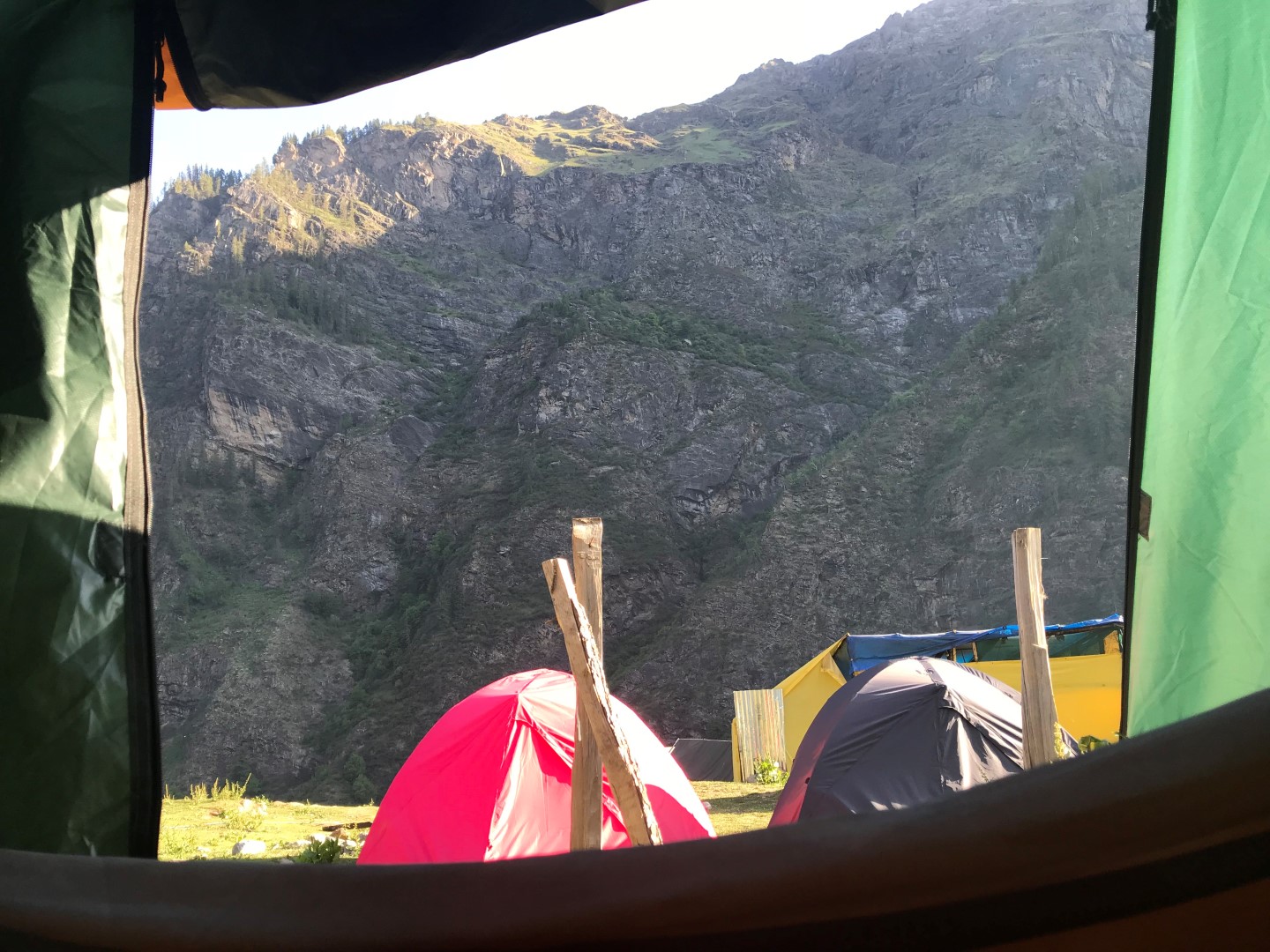 Working to Protect the Natural Beauty

The closure of the tent camps and cafes meant that  campers could can still camp, but would have to carry their tents and food along. But trust me, you don’t want to refrain yourself from visiting these places just because you’d have to carry the tents yourself. There are lightweight options available, which make your trekking much easier.

Kheerganga is such a beautiful place, and all these makeshift tent camps and cafes have been made to make the place accessible. But despite all of that, because people continued to litter the place with plastics and garbage, the government did its best to protect the beauty of this place. The area was cleaned up and re-opened to camping in October 2018. It’s my understanding that some of the tent camps and cafes are allowed again, but this time with regulations to keep the area pristine.

Though we got lucky here, it’s a good reminder that we are responsible for this wonderful world we live in. 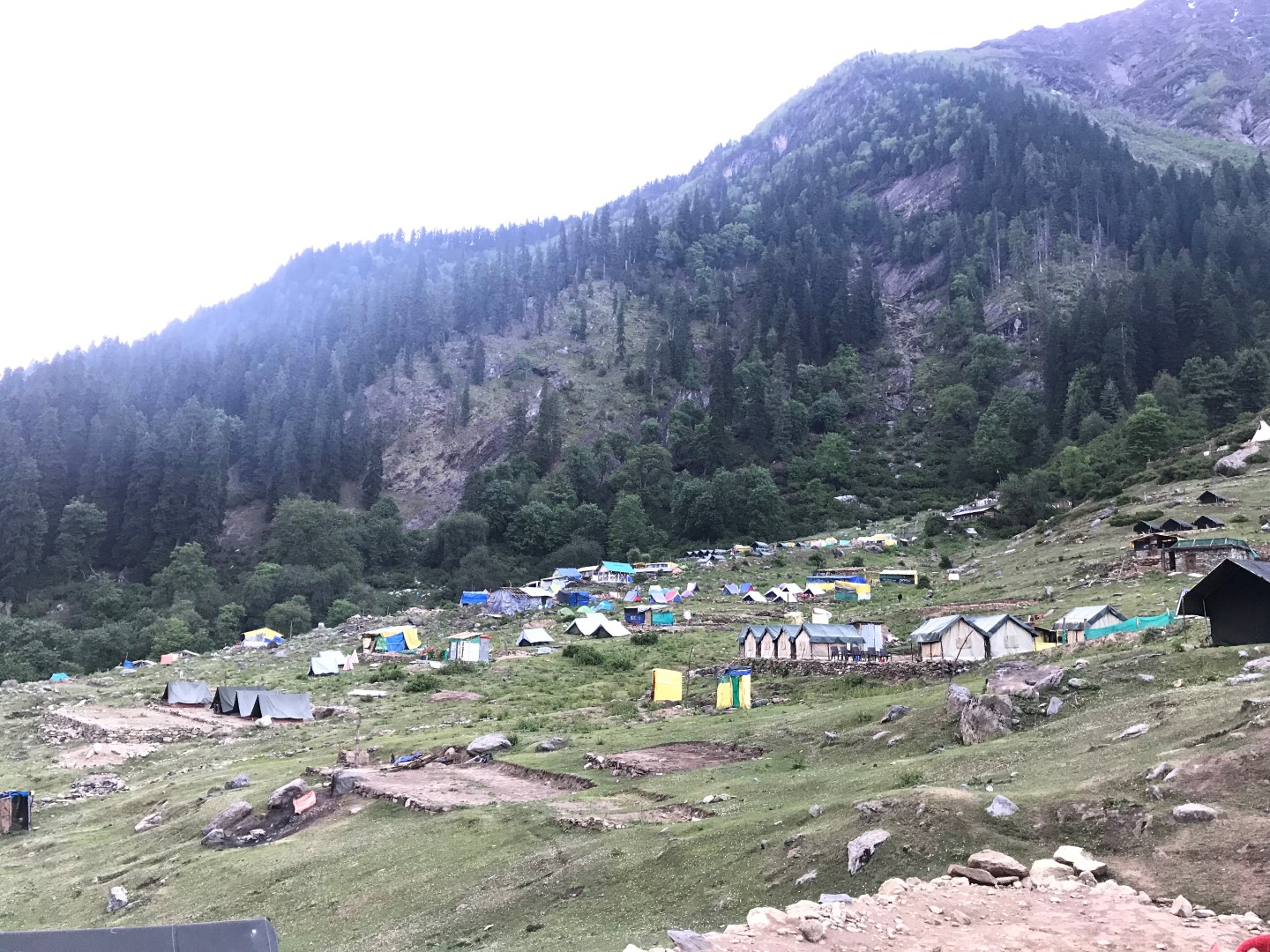 Camping in the Himalayas: Go For it!

If you’ve gone camping in the Himalayas at Kheerganga in Himachal Pradesh or elsewhere, let us know of your experience in the comments! If not, go for it; you won’t be disappointed. I’m looking forward to hearing your experiences.

-All photos by Mark Bennett.

Mark Bennett is an American writer and traveler, whose major inspiration has been camping with his father ever since his childhood. He aims to visit 75 countries before he’s 30. You can also follow his adventures on his site outdoorily.com.

Portland Guidebooks: Oregon Writers Share Where to Go, Where to Eat

Travel Tips: Make the Most of Your Trip