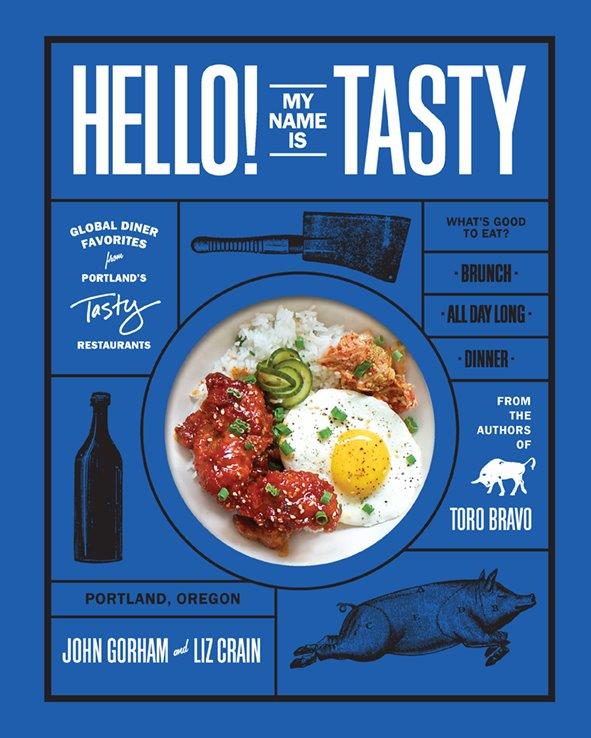 Hello! My Name is Tasty: Global Diner Favorites from Portland’s Tasty Restaurants is the new cookbook from John Gorham and Liz Crain. The Tasty restaurants are well-known and pop-u-lar in Portland. And while the book now allows me to make many of their dishes at home, both spots will remain favorite go-to’s for gathering with friends, bringing out-of-town guests, or just grabbing a snack. The food is just that good.

“Global Diner Favorites,” is an apt subtitle, nailing both the Tasty restaurants and the recipes in this book. A wide variety of cuisines are represented here: East Asian, Middle Eastern, South American, American Southwest and Low-Country Southern (Gorham has Southern roots) and more. And each dish leaves you satisfied. 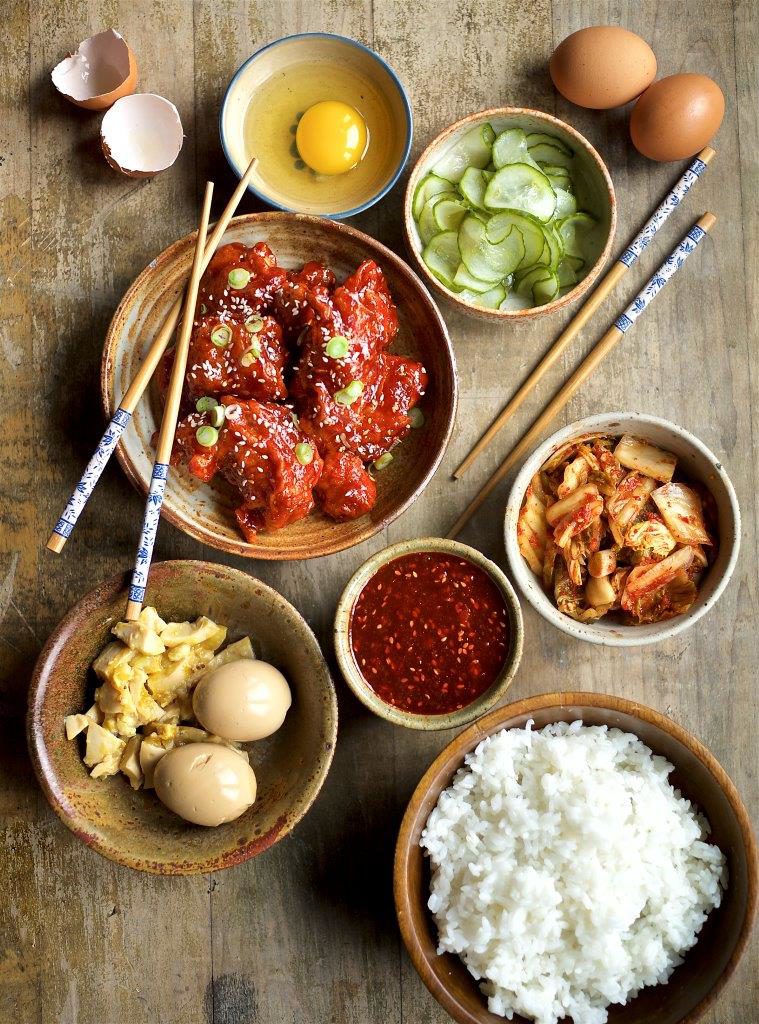 Toro Bravo, John Gorham’s first Portland restaurant, opened in 2007. Tasty n Sons followed in 2010, and Tasty n Alder in 2013. The restaurant group also owns and operates Mediterranean Exploration Company and Shalom Y’all, and most recently, Bless Your Heart Burgers.  Plaza Del Toro is the company’s event space. And there’s one more Tasty restaurants in the works—the Gorham’s first outside of Portland—Tasty on Third in McMinnville, Oregon.

The restaurants each have their own personality and style, and obviously, their own cuisine. There’s a common thread of casual comfort with a high-energy vibe and yes, “tasty” food. Across the board, expect high-quality, seasonal ingredients. The food is family-friendly and the menus offer plenty for everyone. Everything truly tastes homemade and it’s obvious care is taken with ingredients. You’ll also enjoy creative takes on flavors and twists with accompaniments. I have my favorite dishes, but it’s always difficult to choose what to order because so many things look good. 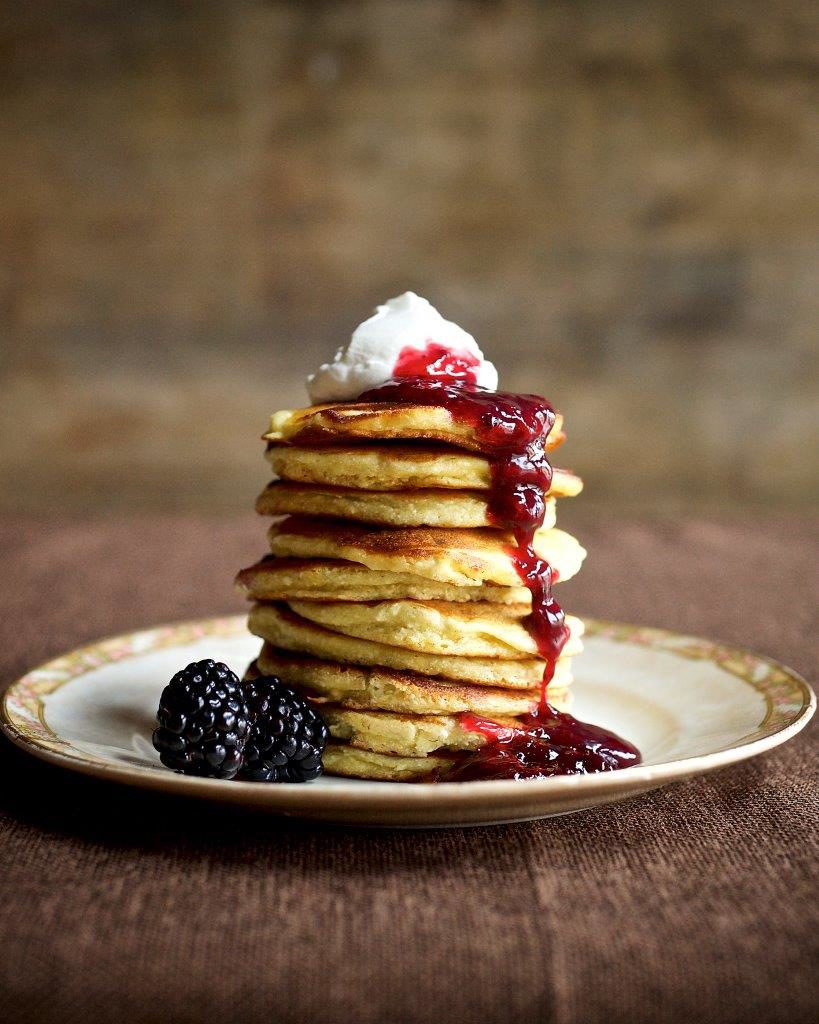 The Lay of the Land (or the Book)

The book includes most of my favorite recipes; something that’s not always the case with restaurant cookbooks. Ingredients are listed well, directions clear. The first recipe I made from the book is Tasty’s Sherry Chicken Liver Mousse.  It’s one of my favorite at the restaurants and now that I’ve made it, it’s much preferred to my previous recipe. Try the Shakshuka with baked eggs, cumin-maple-glazed yams, peel n eat shrimp, and whatever else. I’ve also tested the recipes we’ve included here on the site; recipes that will add to and get you thinking about putting together terrific food boards. There are a great variety of dishes here.

Gorham’s approach works for the way I cook. Making everything from scratch is just best. And there are recipes here for all the little components and accompaniments. So when I want to go all out, or try my hand at making say, homemade potato chips, great, I have the recipe. When time is short or I’m just not in the mood, I’m very aware I can buy the potato chips and move on. (I also feel free to substitute another vegetable or whatever if I’m in the mood, have it on hand or think it will work. No surprise that I much prefer to cook than to bake!) 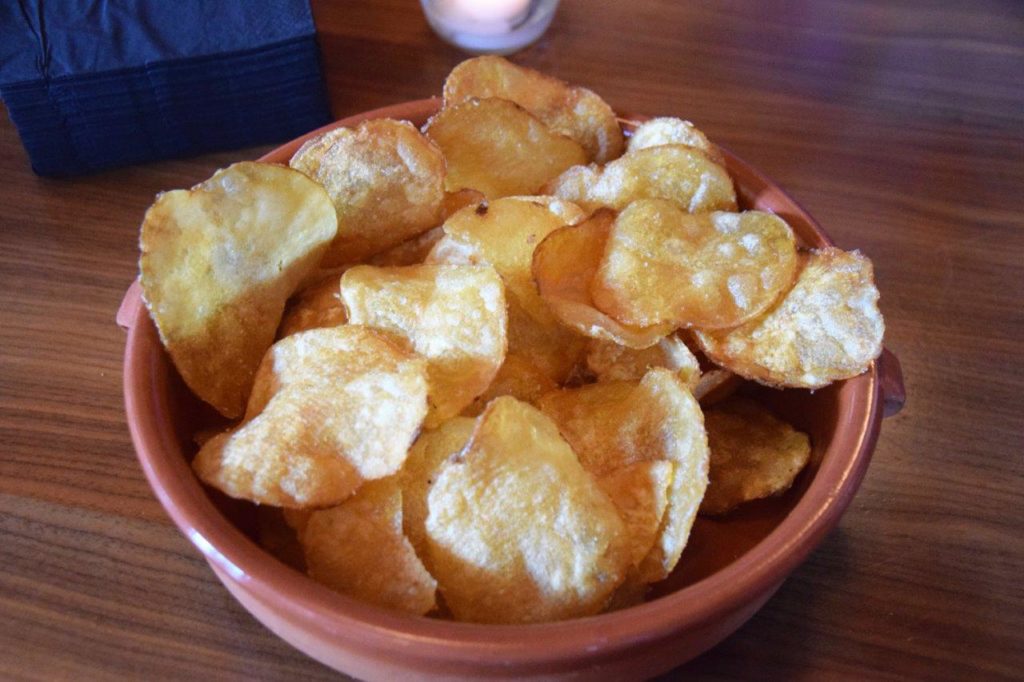 The recipes are organized in three sections: Brunch, All Day Long and Dinner. Cocktails and dessert recipes are woven within these sections. The Tasty Restaurants are open for Brunch and Dinner, with a mid-day and end of night happy hour menu, so the dishes mostly correlate to the menus. Gorham’s Introduction breezes you through the early days of being a restaurateur and his love of travel and good food. There are useful notes on pantry staples that lend some insight into his approach. 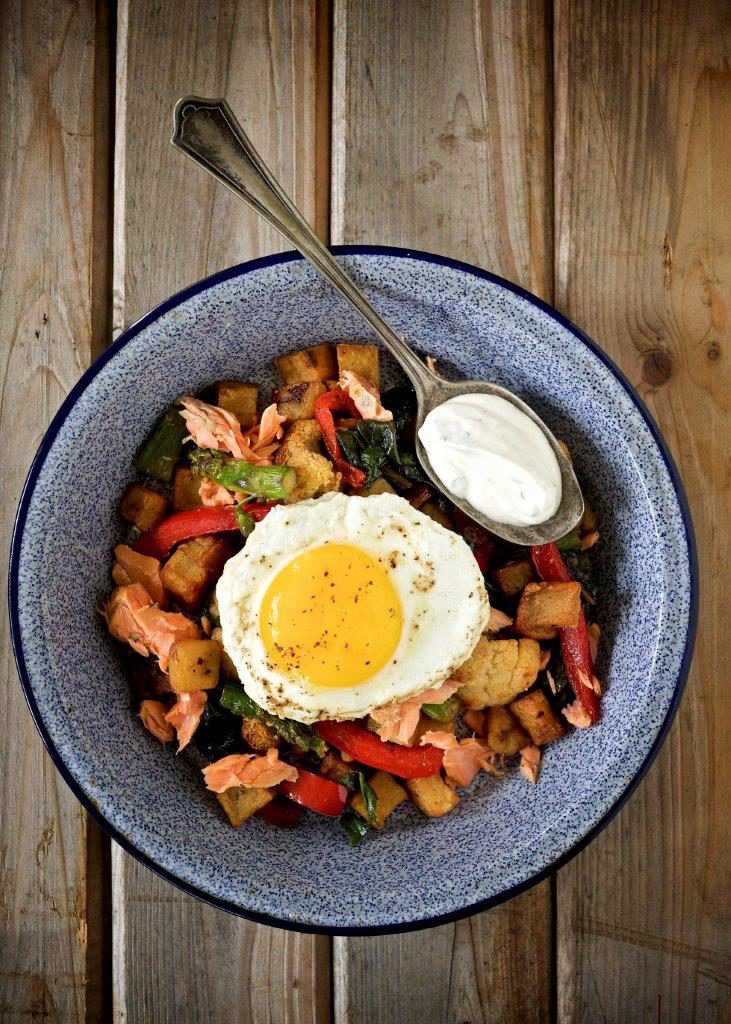 The Ingredients of a Cookbook: Book Design, Photography, Artwork

The book design, by Tony Ong, is fun, smart, and hip. Hello! My Name is Tasty is filled with stunning shots by photographer David L. Reamer.  I really look for good recipe photos in my cookbooks and am far less likely to make recipes that don’t have them. (Something which makes no sense, of course. I know what fried chicken is supposed to look like, but there you have it and I know I’m not alone.)

Most of the recipes include photos and most are full-color/full-page. They’re all simply but nicely styled and photographed.  The book also includes fun shots of the Tasty folks in the kitchen and generally doing the work. Most of these are black and white, lending an artful and approachable feel to the book.

Line drawings provide fun accents and lend visual space to the 277-page book. The book includes more than 80 recipes, and never feels crowded. The typography is great, the recipe format clear. It’s artfully done while always functional. The index is practical and useful. 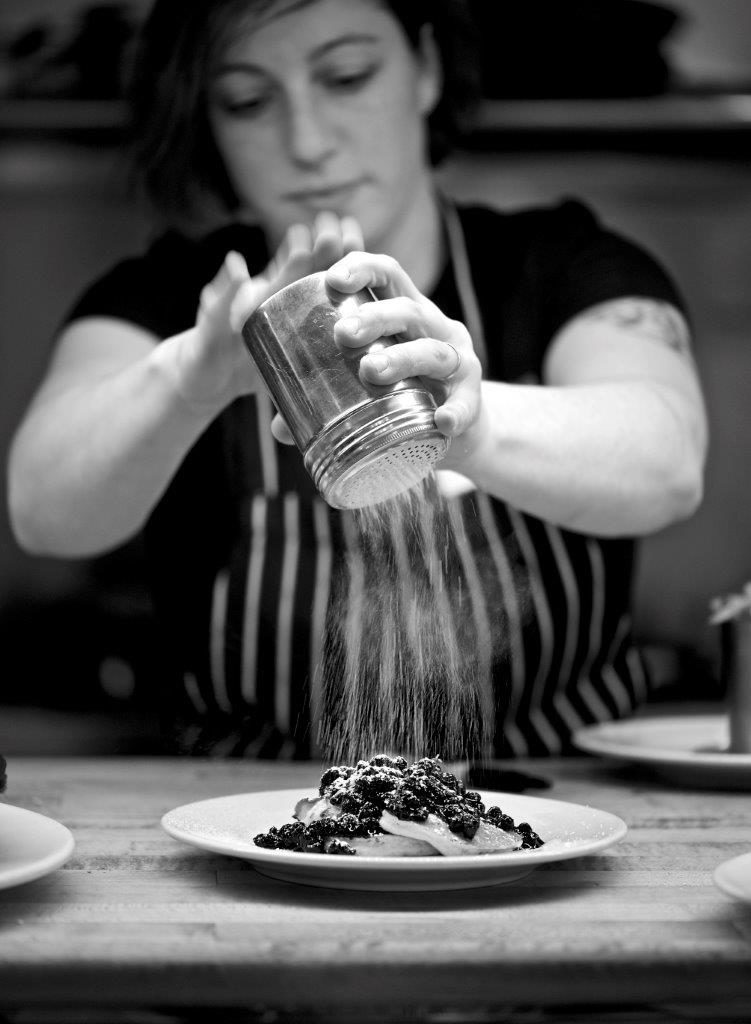 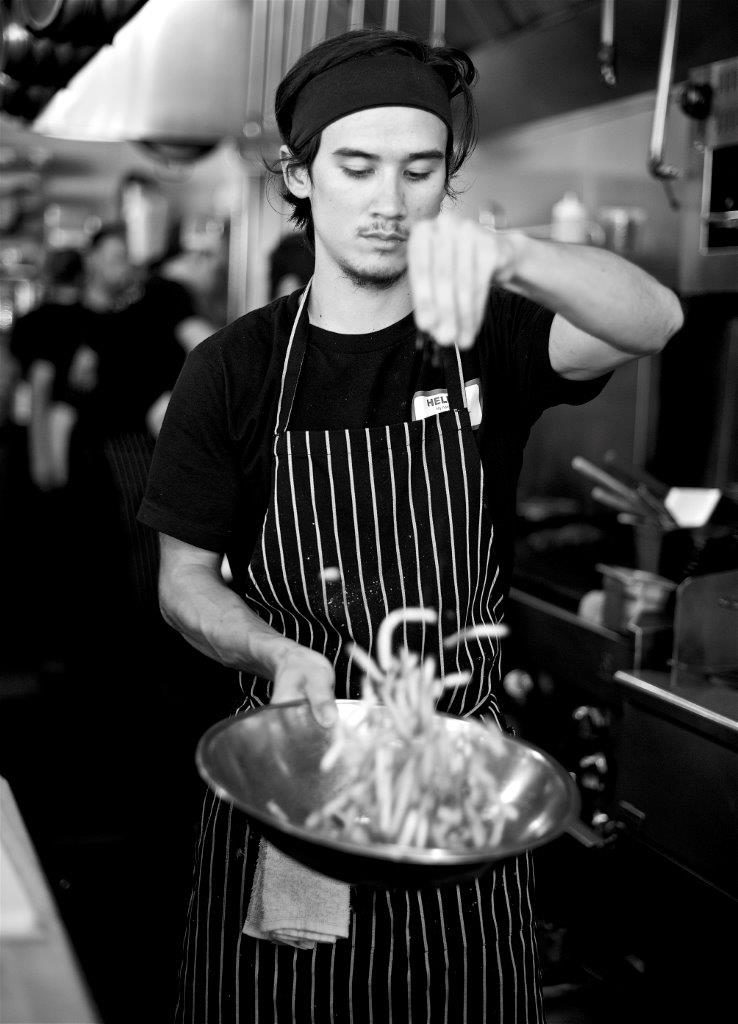 How to Throw A Book Release Party

The book release party was held at Plaza Del Toro, the company’s event space on Portland’s Eastside, and (again) the high energy but casual ambiance pretty much sums up what you get at the Tasty restaurants and what’s inside the cookbook. Both authors were on hand to sign books, of course, the bar was hopping, and a local DJ was spinning vinyl. 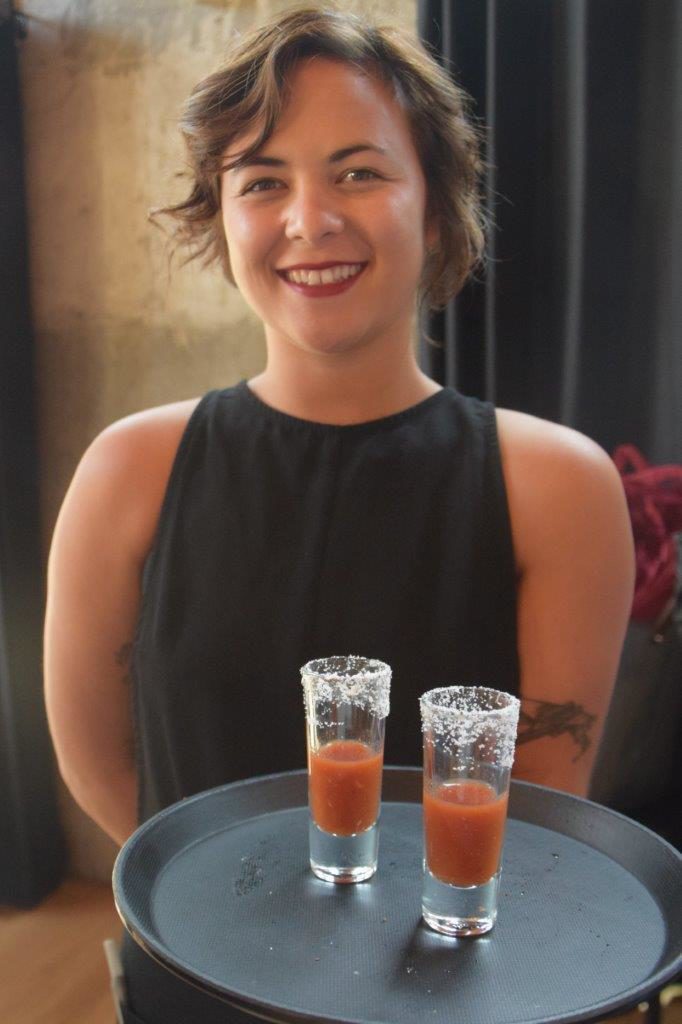 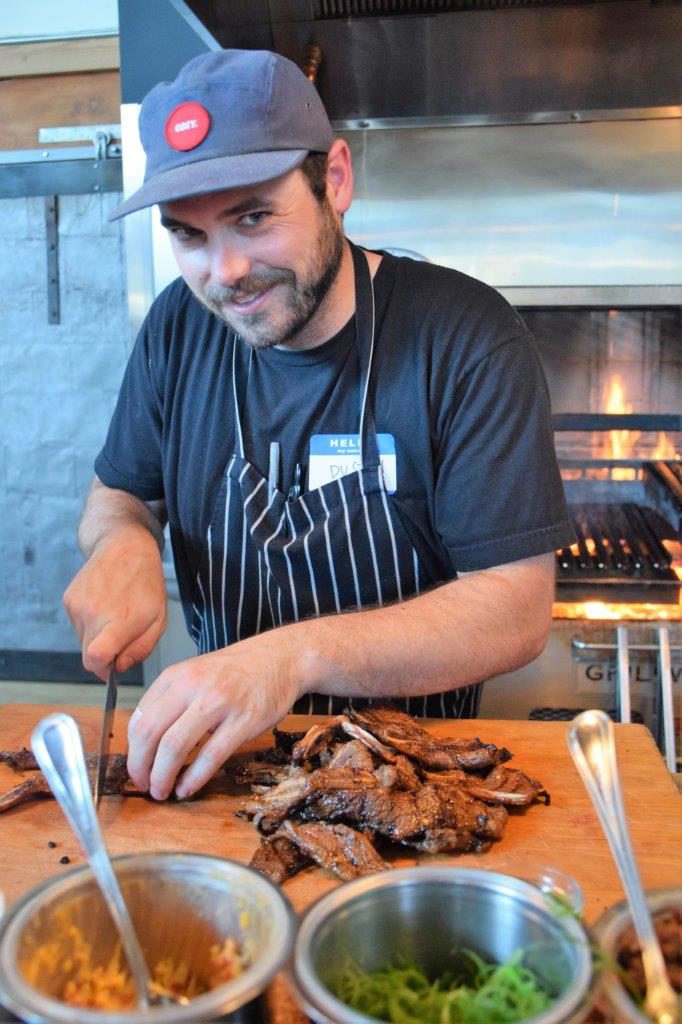 The crowd grew through the evening, and nibbled from an ample selection of recipes from the book. Food stations and roaming food servers dished up beef jerky, Bulgogi Short Ribs and kimchi, Tasty Ruben, a variety of pickles and other items for charcuterie and other food boards, homemade potato chips, cottage cheese with pineapple jam, Burmese Pork Stew, Korean Fried Chicken, hush puppies with jalepeño butter, sliders, fried cauliflower, Bone Marrow Toast,  and more. We sipped shots of Tasty Mary’s and Tasty Beer, an American ale. 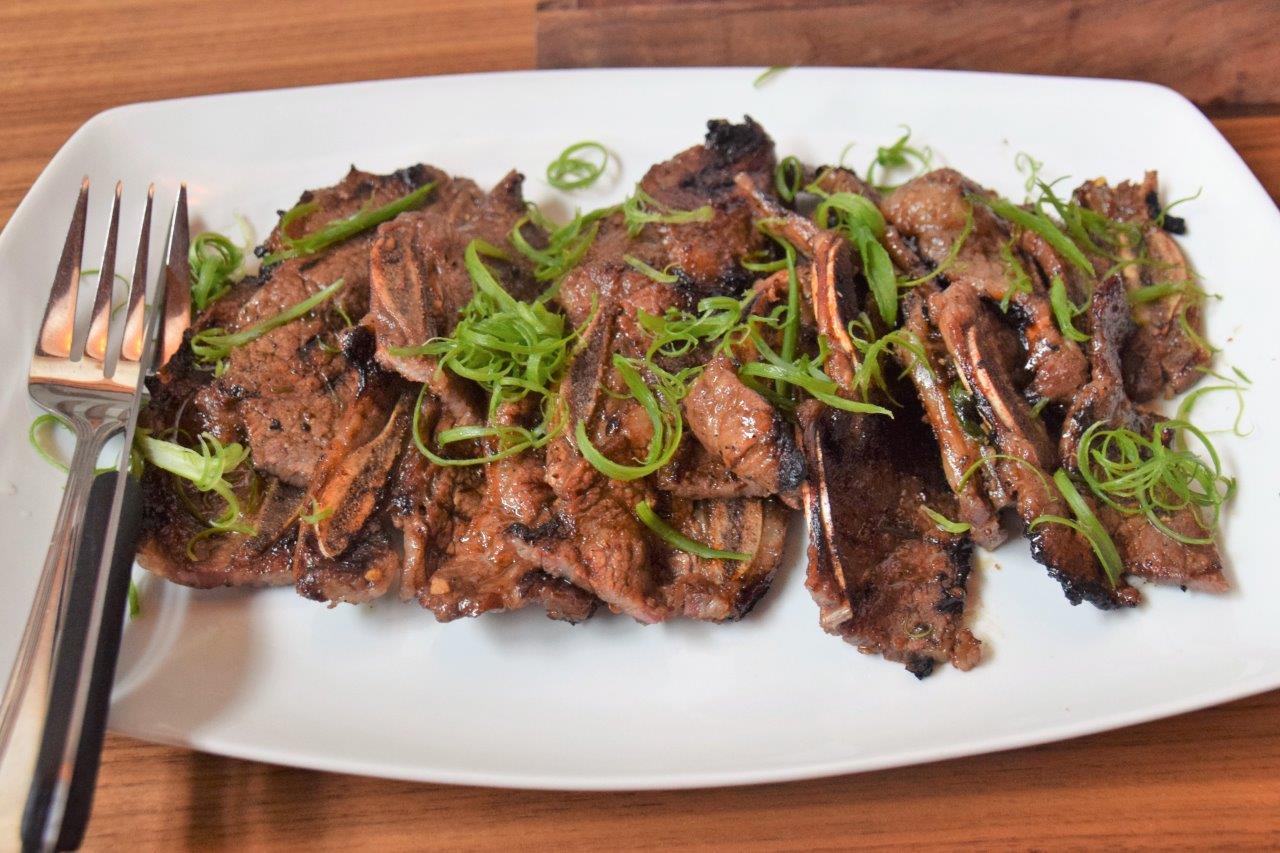 The Gorhams didn’t just invite industry folk; I chatted with a number of people who had had booked the Plaza Del Toro space for events, including a couple who’d recently partied it up for their 25th wedding anniversary. Each raved about how great the events had been and how they consider the restaurants to be Portland mainstays. In other words; the Gorham’s included family. 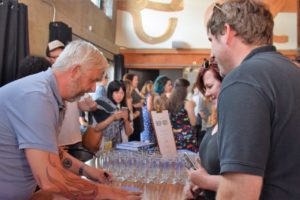 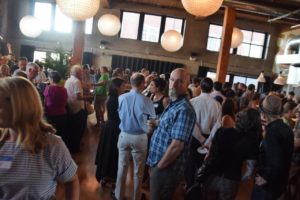 Hello! My Name is Tasty

This is the second cookbook that cookbook author Liz Crain has worked on with Chef John Gorham; the two teamed up for Toro Bravo, which shares recipes from Gorham’s Toro Bravo restaurant. Crain is also the author or co-author of four other books. You want this one. 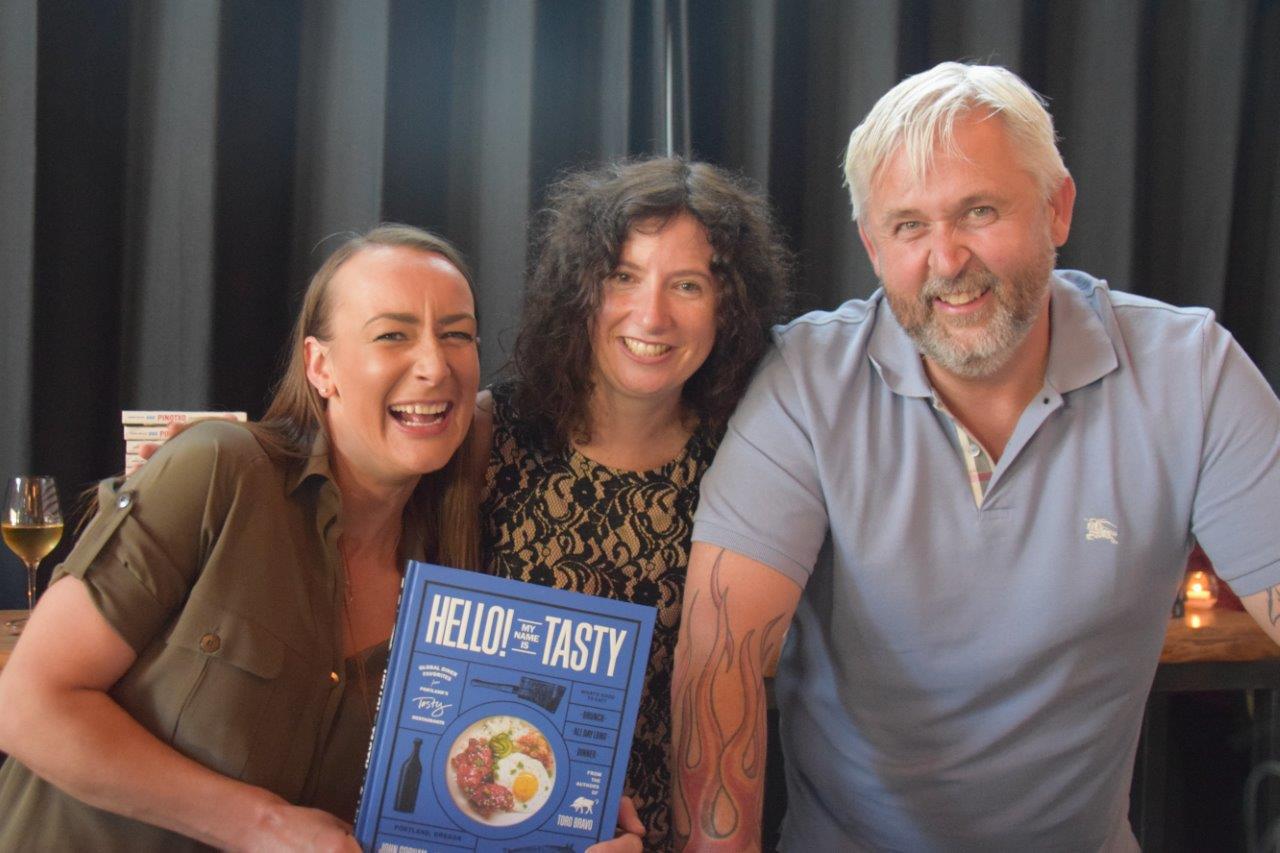 -Photos by Nancy Zaffaro, except as credited. All photos from the book are courtesy of David L. Reamer.

Build Your Own Charcuterie and Other Food Boards