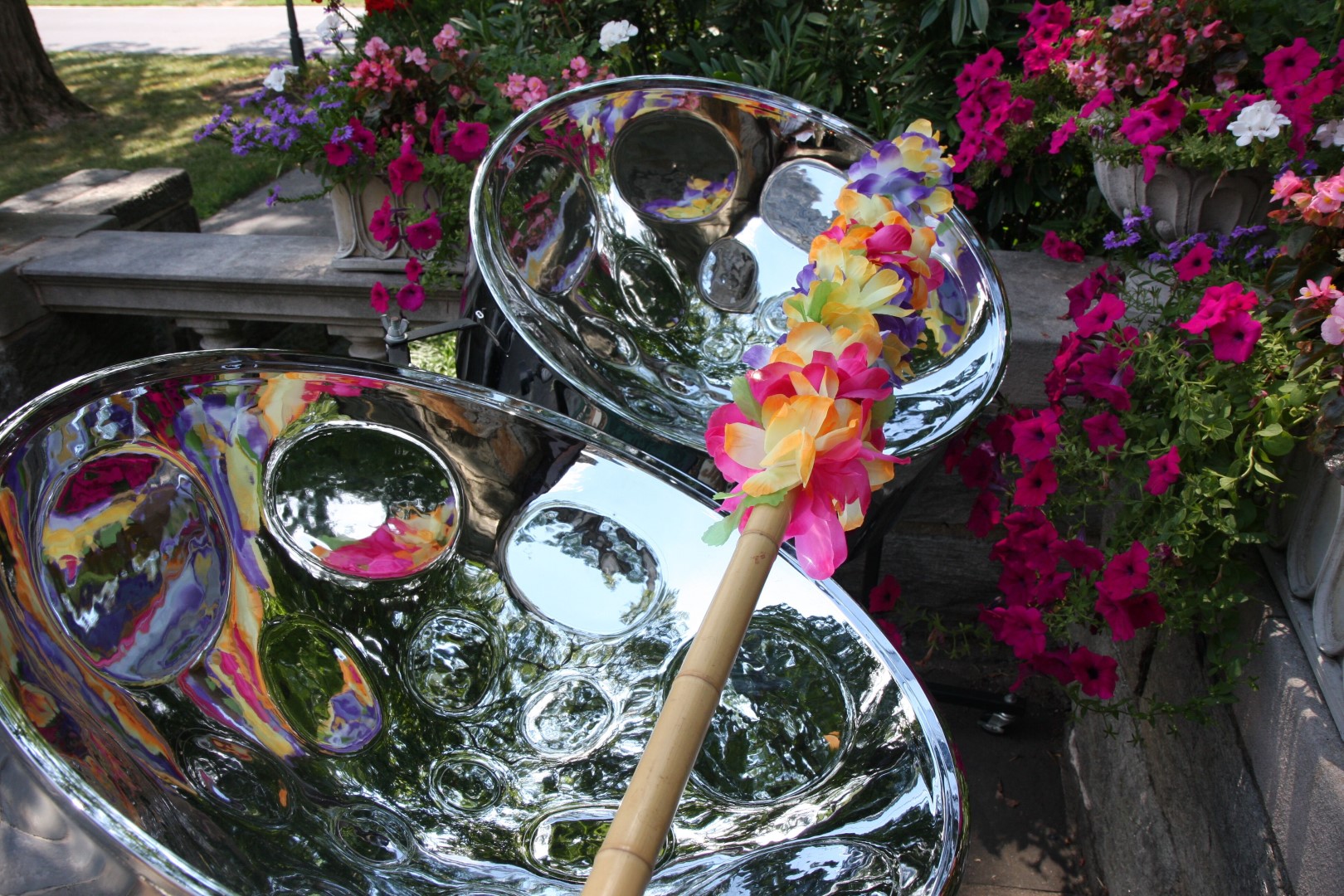 If you’ve ever heard Red, Red Wine by UB40, Jump in Line by Harry Belafonte, or even Crank That by Soulja Boy, then you’ve heard steel drum music. 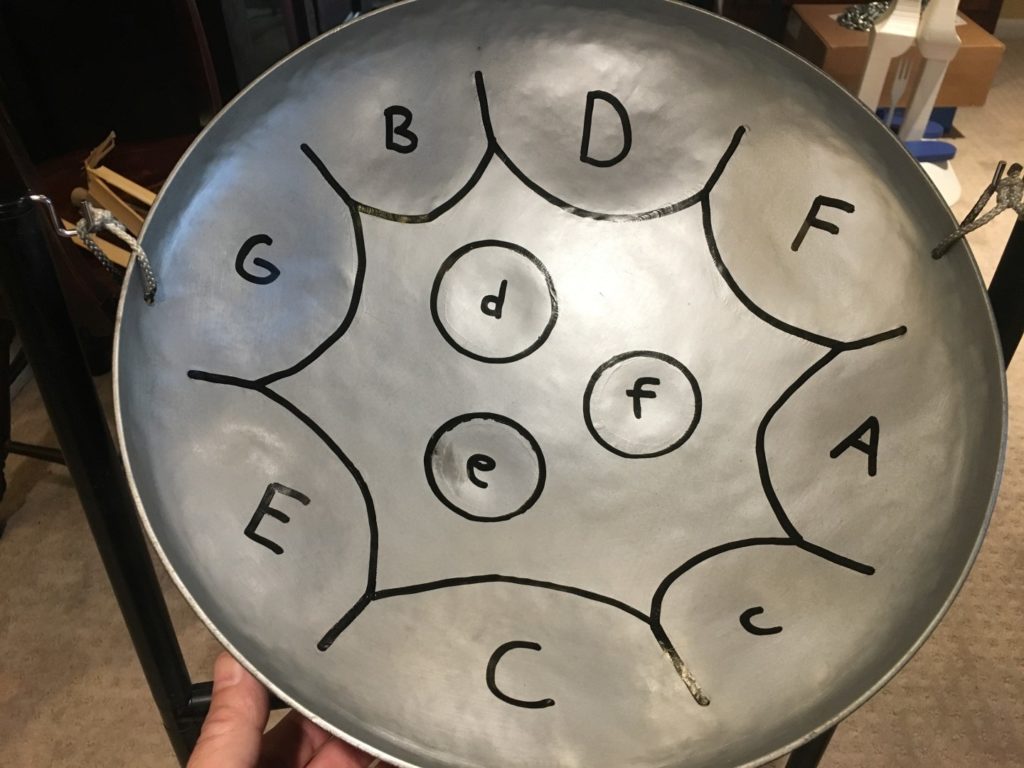 Describing the sound of the steel pan musical instrument is difficult and somewhat contradictory. It has been described as mimicking the broad, fullness of a banjo, with the tinny edginess of a xylophone. It lingers as the sound reverberates in waves.  Some have a fast “decay” and very little sustain so they are typically played in a “punchy” or staccato sort of style. It’s very distinct timbre conjures the warmth often associated with tropical climates, while its silvery melody prickles the skin like a cool breeze coming in from the ocean. Images of tall, swaying palms, scattered ripe coconuts on white sand, and a sun so bright you don’t squint — you just close your eyes and let its rays overcome you. 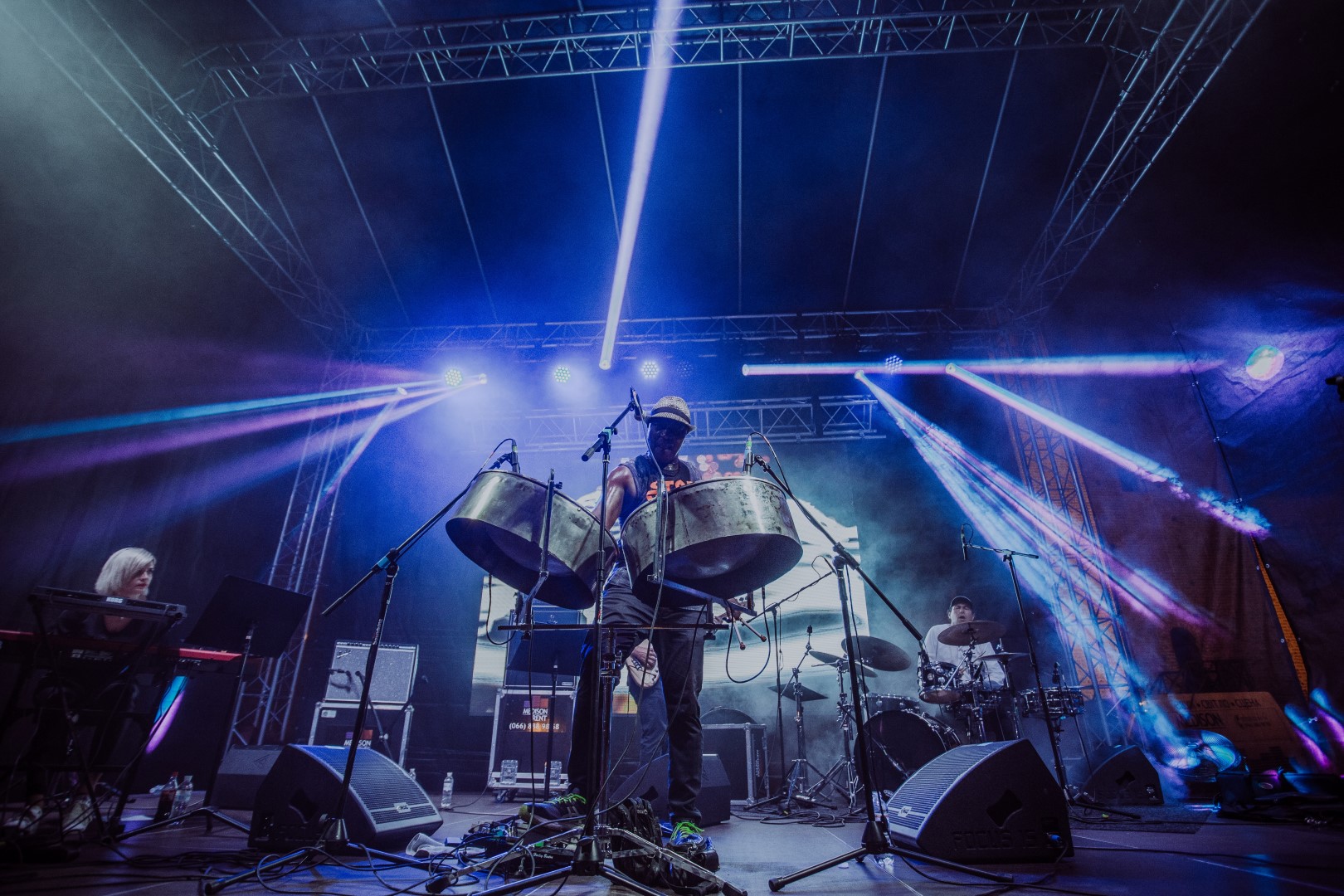 Where It All Began

The modern steel drum was first conceived in the 1930s on the Caribbean island of Trinidad. Much like the island’s inhabitants though, its origins have been traced back to Africa. European conquests in the 1700s brought about the importation of African and Indian slaves and much of their cultures.

Around 1920’s the British government banned African and Indian hand drums, Djembe and Tabla respectively, also called skin drums.) The government incorrectly believed that playing of these instruments was associated with defiance and upheaval because they represented the individuality of the people rather than their submission under British rule. Carnival particularly exacerbated these upheavals because of the festival’s rebellious nature.

Canboulay (the Trinidadian version of the pious Carnival celebration created by French Catholics) was a renouncing of the flesh before Lenten traditions were performed in the following days. However, it was also a celebration of freedom and independence after the African slave emancipation. Fetes (or parties) incorporated traditional costumes, dancing, and music, which were a break from Catholic tradition. The result of the ban was that local artists began creating different kinds of instruments from the materials that were available to them. They would use everything from trashcan lids to bamboo to create the sounds that were native to their music. It’s the unique, almost metallic, sound of these non-traditional instruments that made way for the modern steel drum. 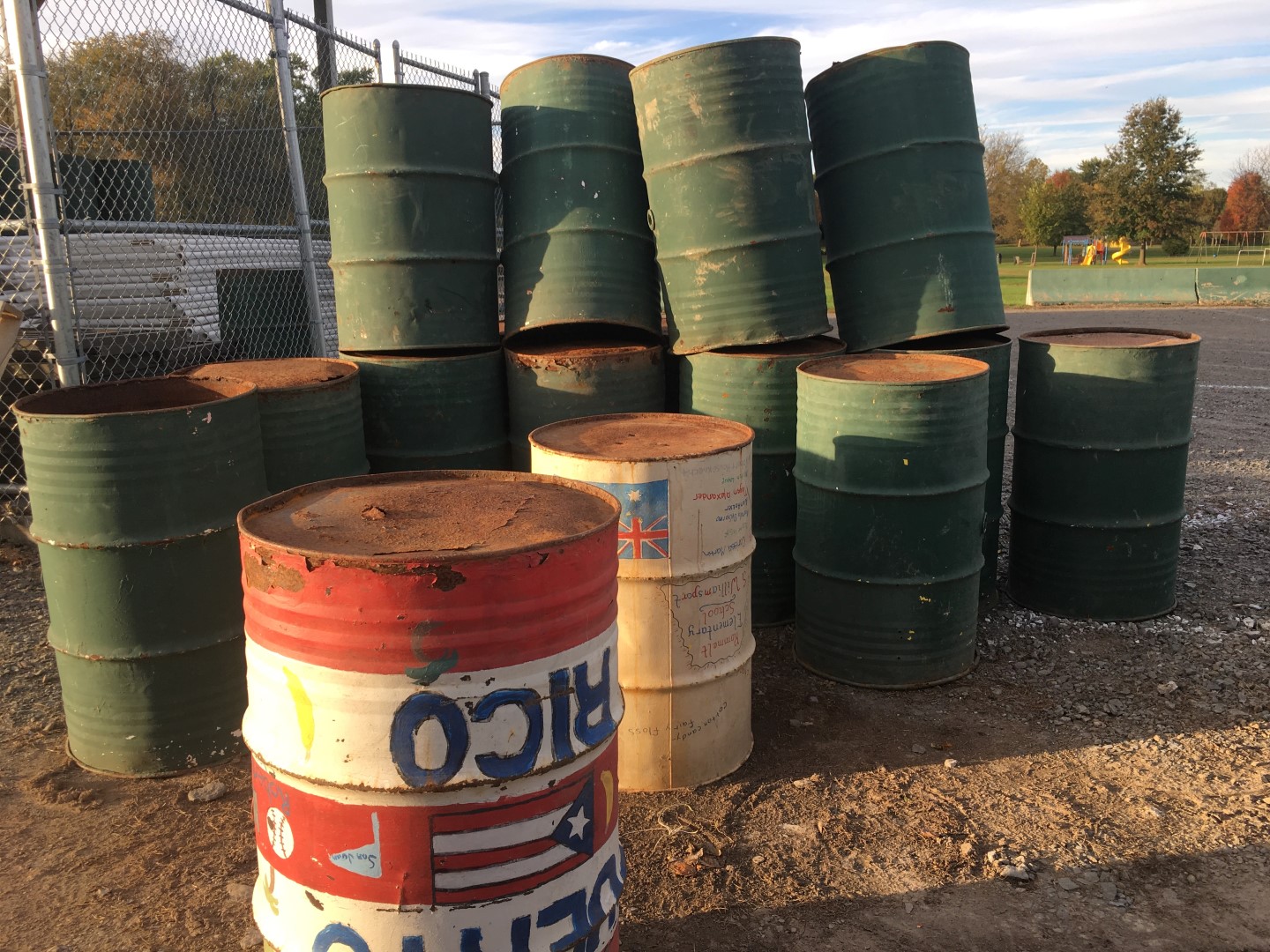 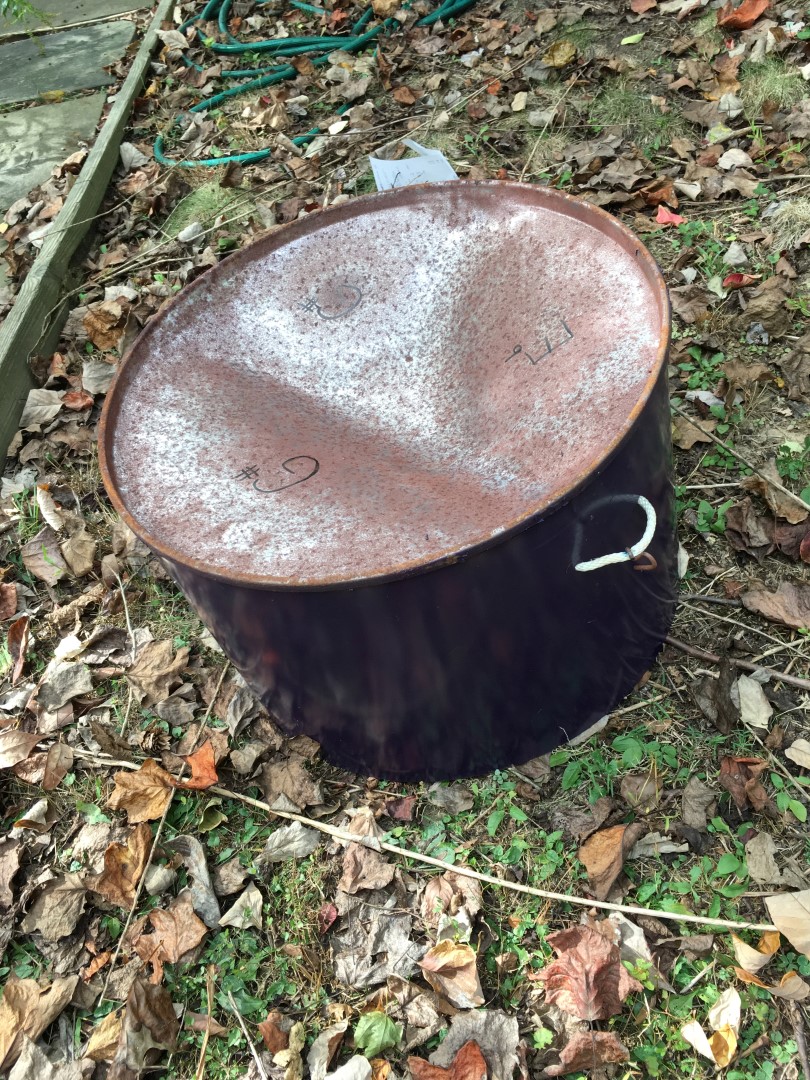 The Tumult of the Steel Drum

When steel pans first emerged in the 1930’s artists were not acknowledged as such. The instruments and their creators (Winston Spree Simon, Anthony Williams, Ellie Mannette, Bertie Marshal, Rudolph Charles, and Neville Jules) were looked down on by the upper class of Trinidadian society because they were mostly from the ghettos. There were also certain criminal elements that exacerbated this early perception of the steel drum as a “low-class” musical instrument. Rivalries existed between bands of musicians from different parts of the island who battled to gain the respect of their people. These musical rivalries would sometimes turn physical, which led authorities to further limit the use of such instruments.

Carnival, though initially one of the reasons the steel drum was banned, eventually helped to revive it. As its popularity grew from a traditional island celebration to a worldwide acceptance of African and Indian culture, Trinidadian music became widely loved. And what was once a rivalry became an organized competition that many looked forward to sharing in, year after year. 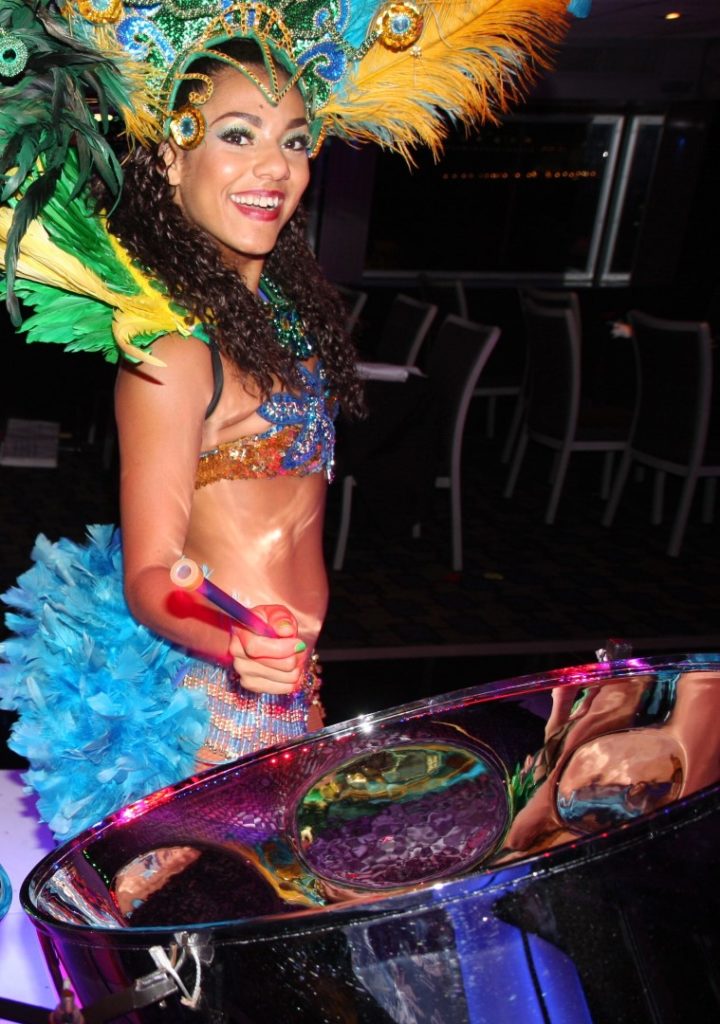 In the 21st century, Calypso Musician like Lord Kitchner and The Mighty Sparrow wrote calypsos about male and female relationships and the politics on the island that were rearranged for steel bands to play. Skilled Musical Arrangers like Clive Bradley (Desperadoes)  and Jit Samaroo (Renegades) emerged and the complexity of steel drum music grew. Local and international virtuosos on the steel pan, calypso and jazz genres further raised the acceptance of the instrument and its capabilities- Boogsie Sharp, Roger Greenich, Ray Holman, Andy Narell all played a part to popularize the distinct sound. 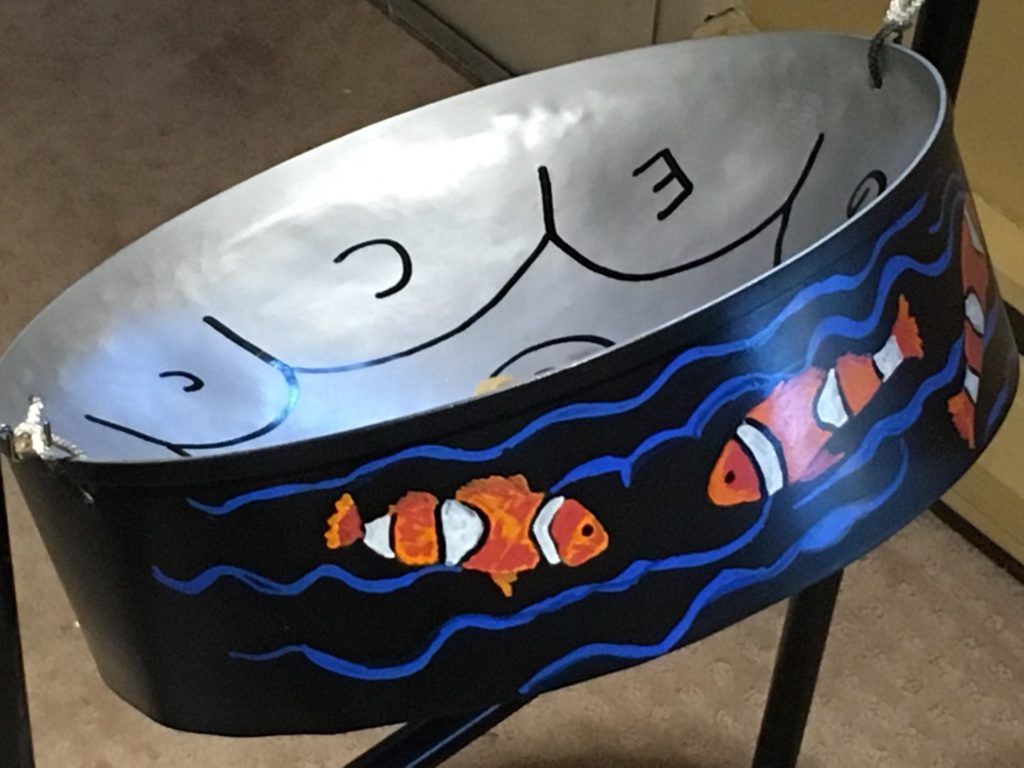 As Calypso music seeps deeper and deeper into the modern American vein, the steel drum art form is sure to continue to grow in both public-popularity and pop-usage. It is not, in short, goin’ away. 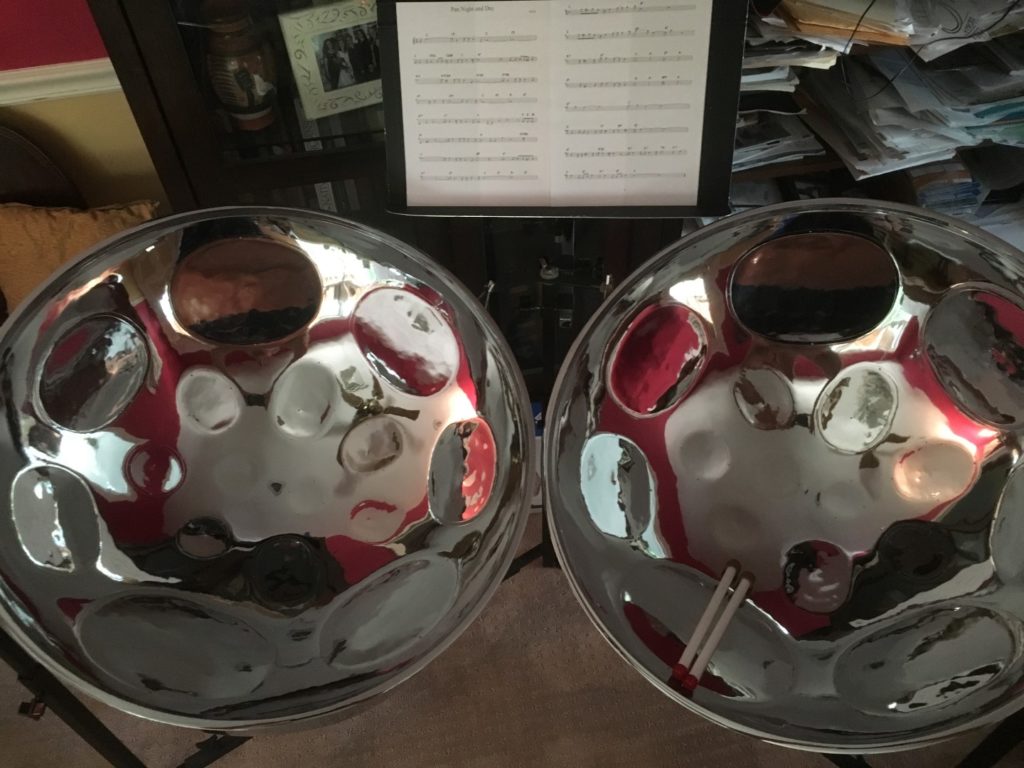 Here are some steel drum bands that I’ve discovered: 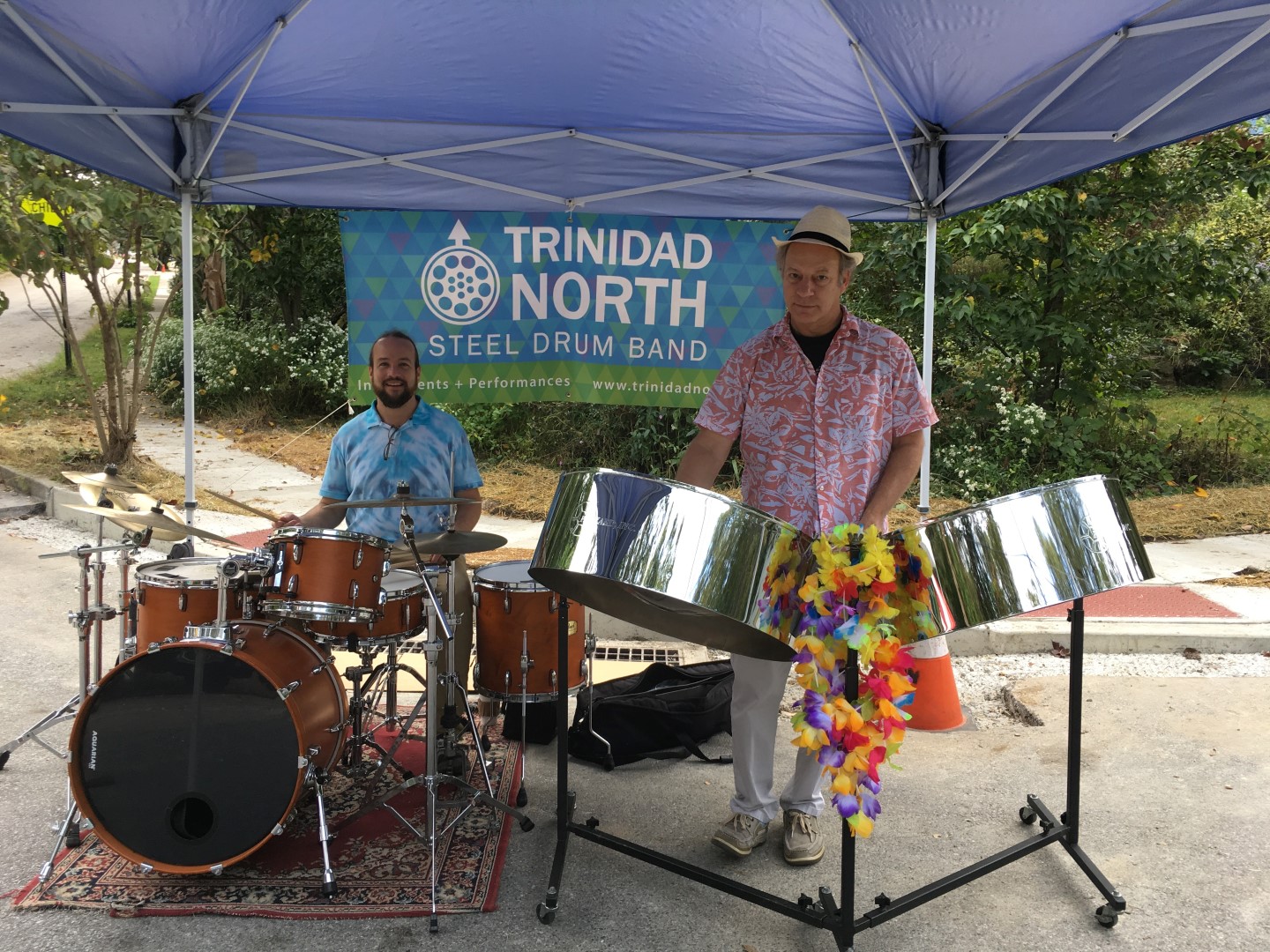 Note: We’d like to thank David Gettes, Owner/ Tuner/Arranger of  Trinidad North steel drum band for his contributions to this article.

– All photos courtesy of David Gettes, except as credited. Cover photo also by David Gettes.

Megan Glenn is a brand consultant and content blogger who loves words, but loves a good story even more. She had humble beginnings as a High School English teacher for 2 years before she decided to pursue other facets of writing and instructing. She is a lifelong learner and thus, loves using research as part of her writing and consulting. She specializes in branding and content creation for female-owned startups and in her free time she writes for her blog, ParableProject.co.

What to Know About Emergency Hospital Stays Abroad