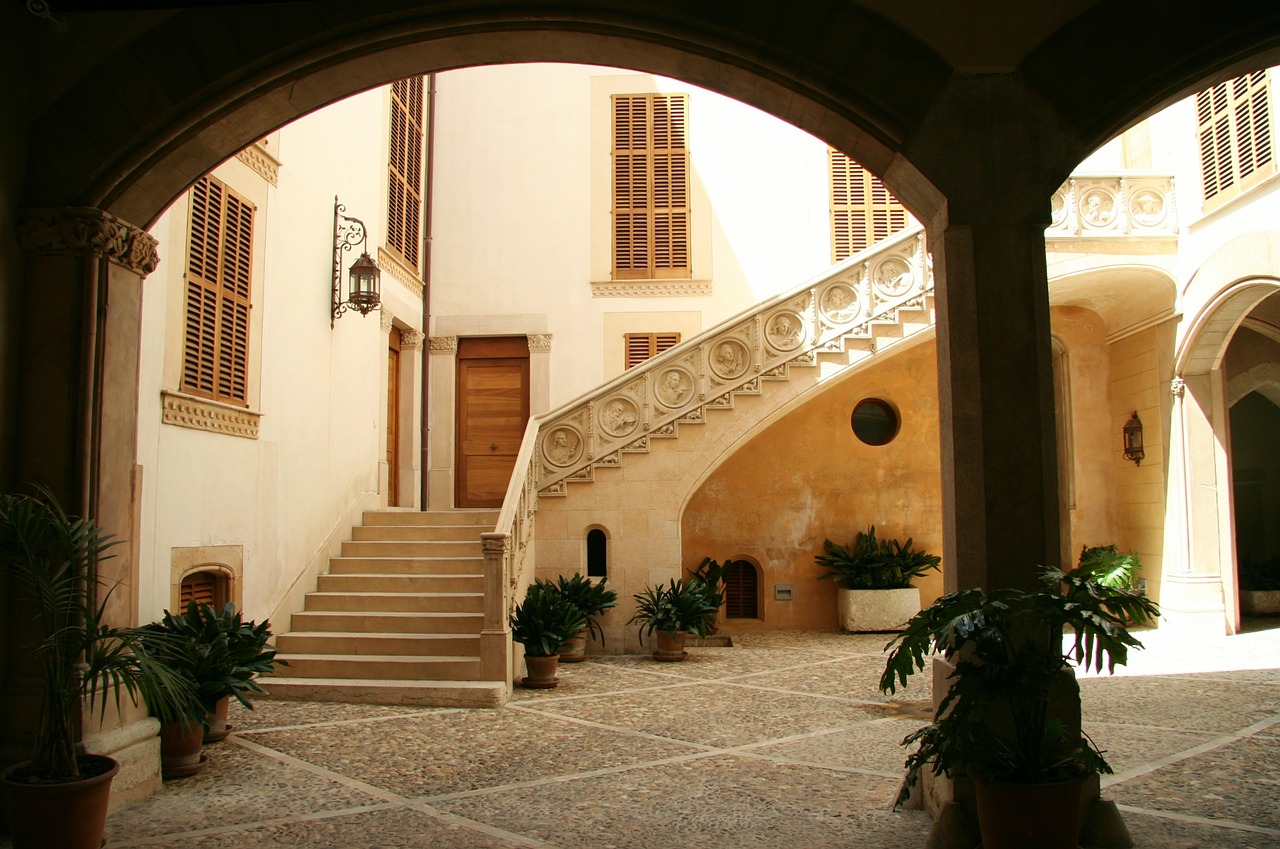 During my travels around the Iberian peninsula, I’ve found a different side to this majestic country and some underrated places to visit in Spain outside of the usual Barcelona and Madrid spectrum. From the postcard picturesque beaches of the coast, to the stunning local traditions of flamenco guitar and late night pintxos bars in more rural confines there, is so much waiting to be discovered. Diverting off the beaten path of the standard Spanish tourist map can reveal some hidden gems and well-kept secrets. Here, I explore some I have encountered along the way.

Okay, I know Bilbao is a well-known major city but I can’t stop talking about it.

First of all, the sheer number of activities and places of interest here is staggering.

From the titanium-clad Guggenheim Museum Bilbao, an architectural feat of the modern world, and all the exhibitions on showcase to exploration of the town’s gothic old quarters.

Bilbao is a bit of a sensory overload. But if all that becomes overwhelming, do as I did and head straight to the Basque tapas bars where pintxos (meaning to stab or pick at food) is the method for sharing a good meal with new friends. 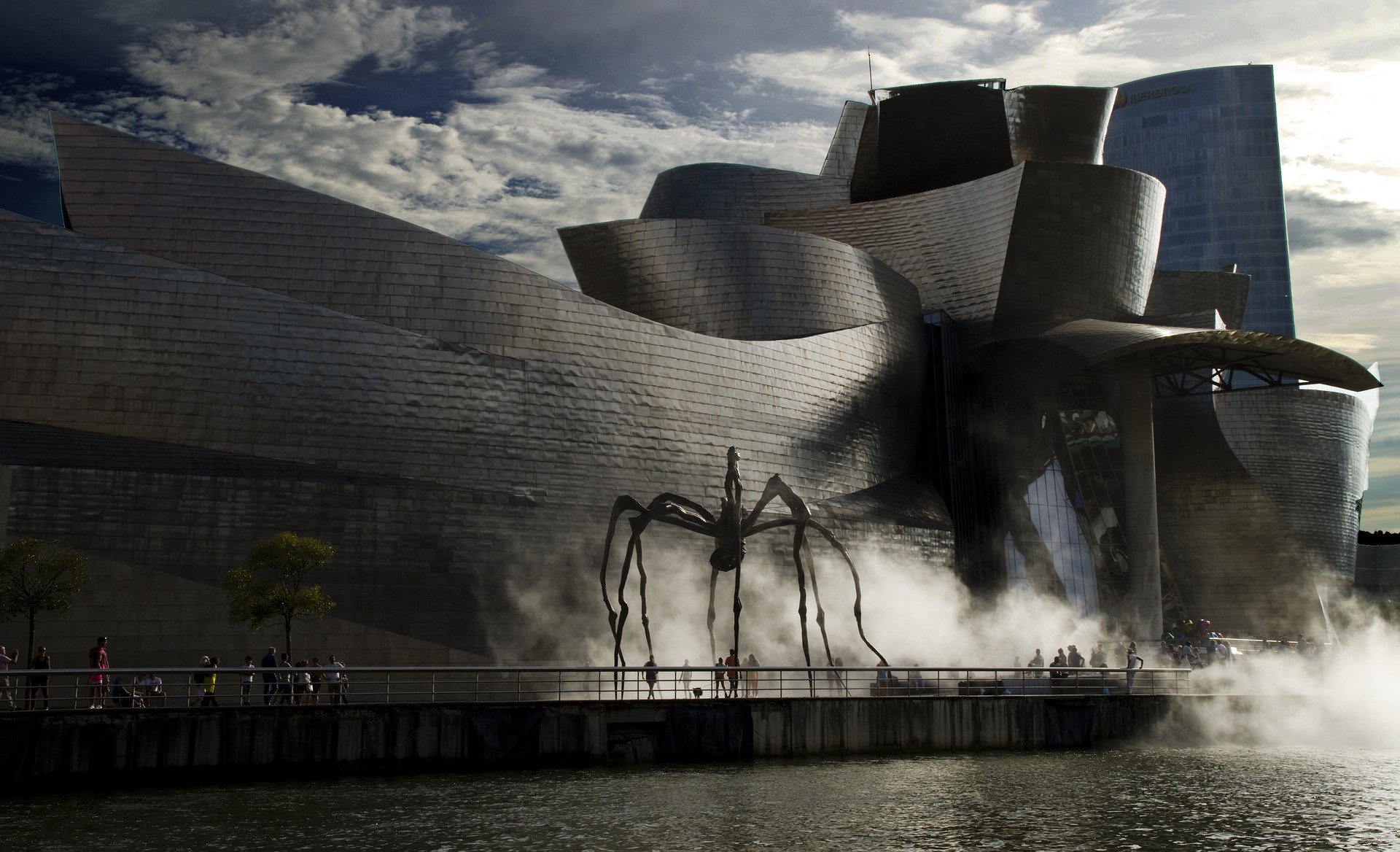 Well ,it takes place in Pamplona during the Fiesta de San Fermín, one of the largest festivals in all of Spain. And while this event attracts a lot of people, the city is relatively overlooked the rest of the year.

Pamplona is incredibly easy to navigate on foot, and I couldn’t help but get whisked up in its history as as I retraced my steps through the interweaving medieval lanes.

It’s lusciously green parks and laidback watering holes are an antithesis to the chaos of the festival season, but are an absolute must during your time here. 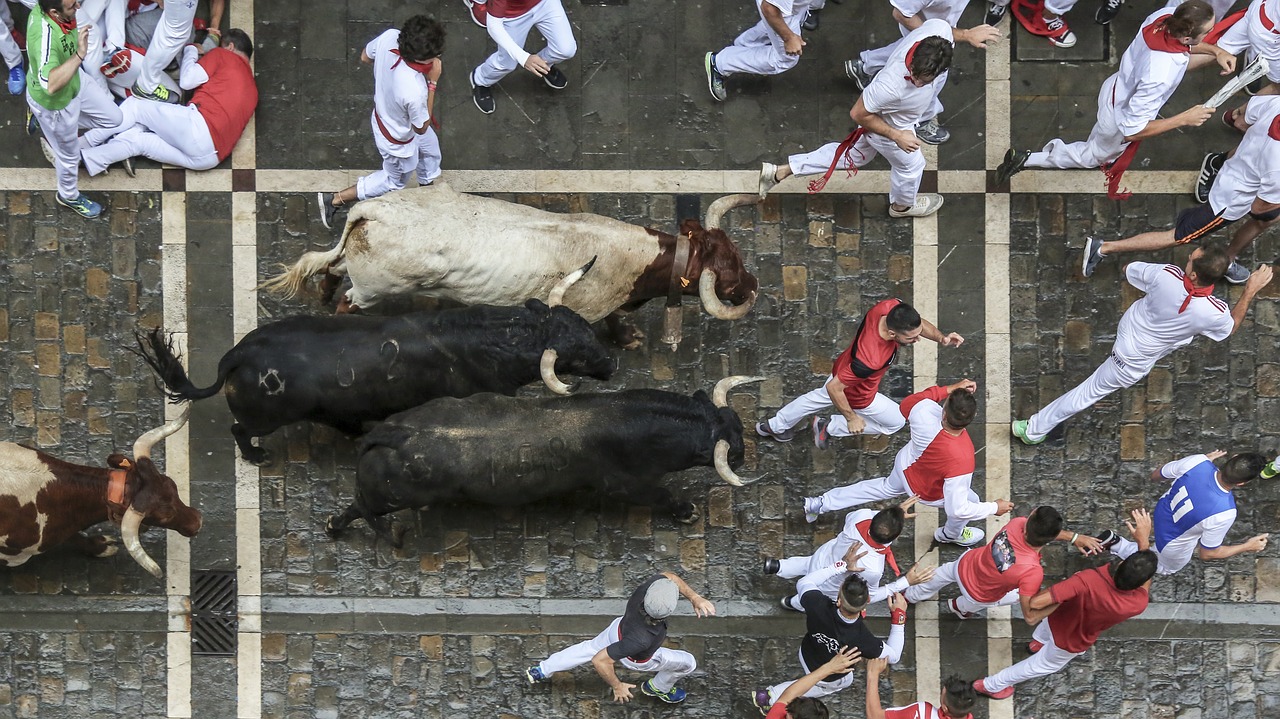 Pamplona is the site of the frenzied “running of the bulls” festival, but laid back the rest of the year

Often overlooked by the crowds of tourists that flock to Spain each year, Cuenca is an autonomous mountain community famous for Las Casas Colgadas, translated literally as the “Hanging Houses.”

These ‘hanging houses’ are exactly as they sound; a series of eloquent medieval houses perched perilously on the cliff face. The houses look like a spectacle taken from a medieval film and house just as many stories as there are people.

A former Dominican convent houses the Cuenca Parador Hotel, where weary travellers can rest their head and sample many of the region’s local delicacies. 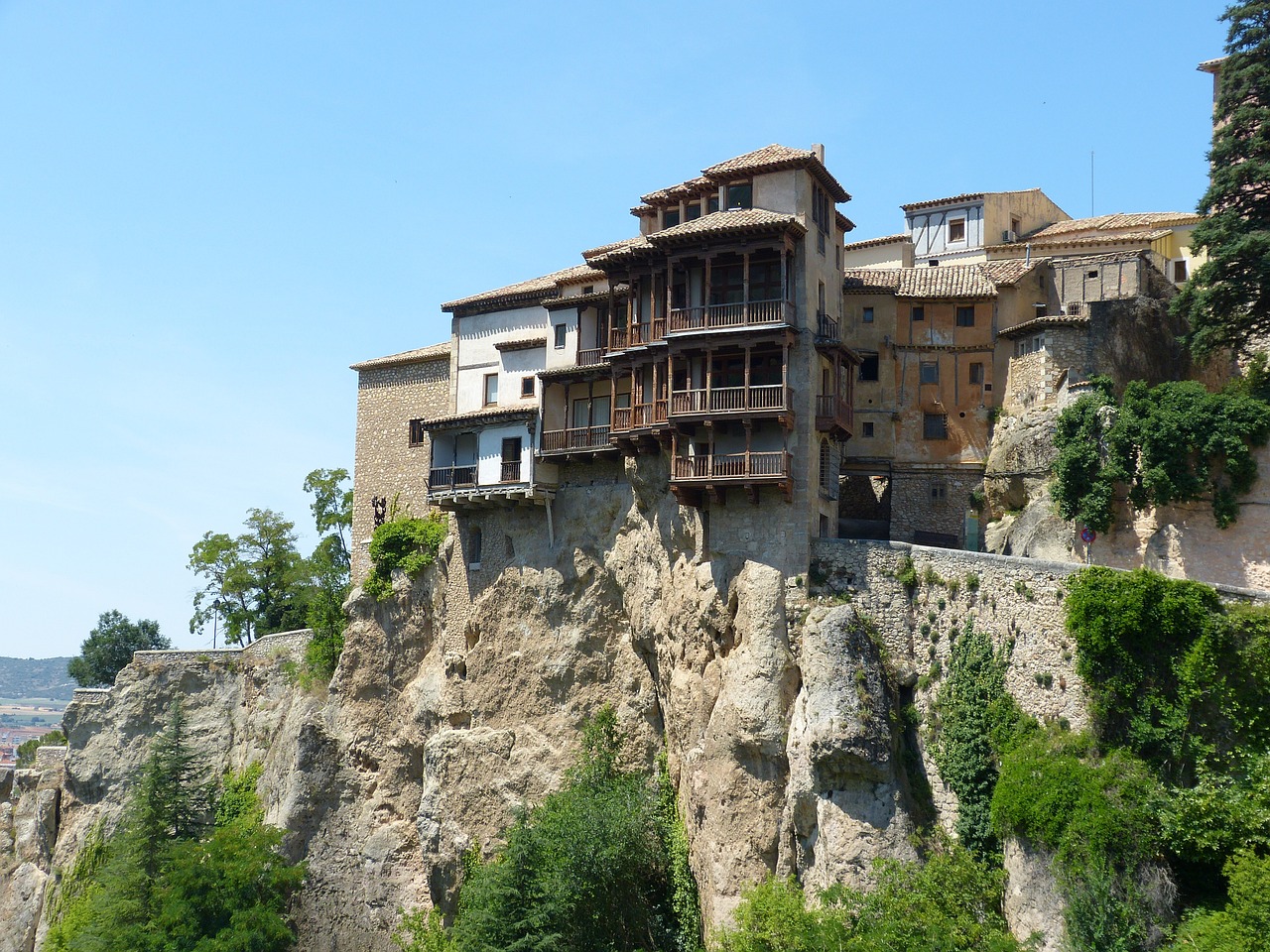 I admit to first finding out about La Coruña courtesy of the football team, Deportivo, who famously snatched the league title from the claws of their Catalan rivals, Barcelona, many years ago.

The city is also famous for being the birthplace of the major high street brand, Zara.

Sporting and fashion prowess aside, La Coruña is a fascinating place to visit. Not only does the sunny weather continuously defy my expectations throughout my time here, but the food is exquisite.

A shellfish supper consisting of lobster, crab and prawns is not only some of the freshest seafood you’ll taste on the Galician coast, but it’s incredibly well priced also.

Once you’re done eating your body weight in shellfish head to the Tower of Hercules, a UNESCO World Heritage site, or soak up some rays on the city’s beautiful, uncrowded beaches. 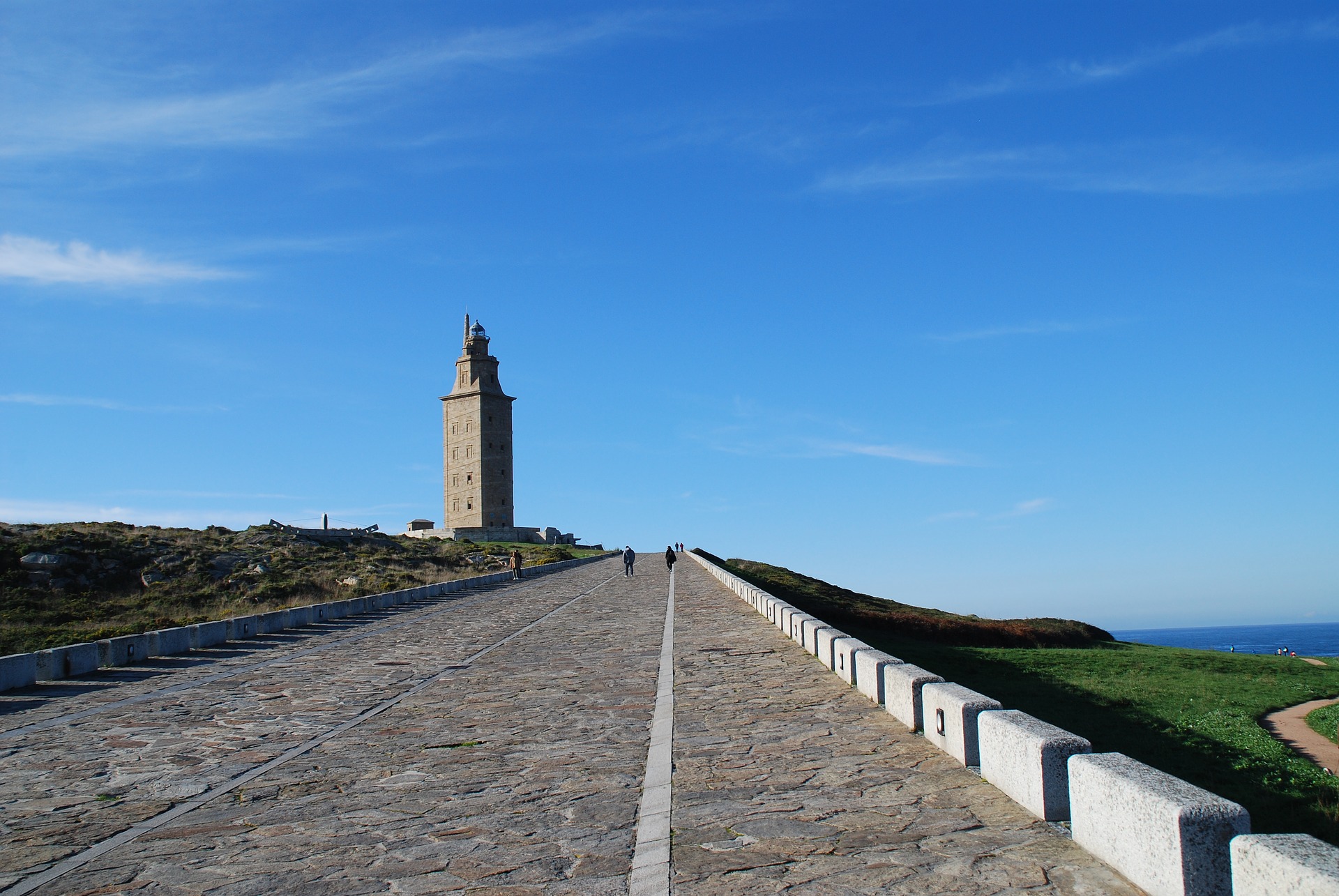 The Tower of Hercules, a UNESCO World Heritage site is just one reason to visit La Coruña

Partying not your thing? If you’re holidaying in Lanzarote and fancy a break from all the late night shenanigans and floods of tourists, I’d highly recommend a trip to this small sister island, La Graciosa.

La Graciosa is actually a volcanic island but don’t let that put you off. The last eruption was said to be back in the 1800s.

Island life is so laid back that it’s also said to be one of the last places in Europe not to have asphalted the roads.

The real draw to this underrated spot is no doubt the Playa de las Conchas, a secluded local beach frequented mainly by residents who enjoy blissed out beach days and quiet nights in the seafood tavernas that line the coast. 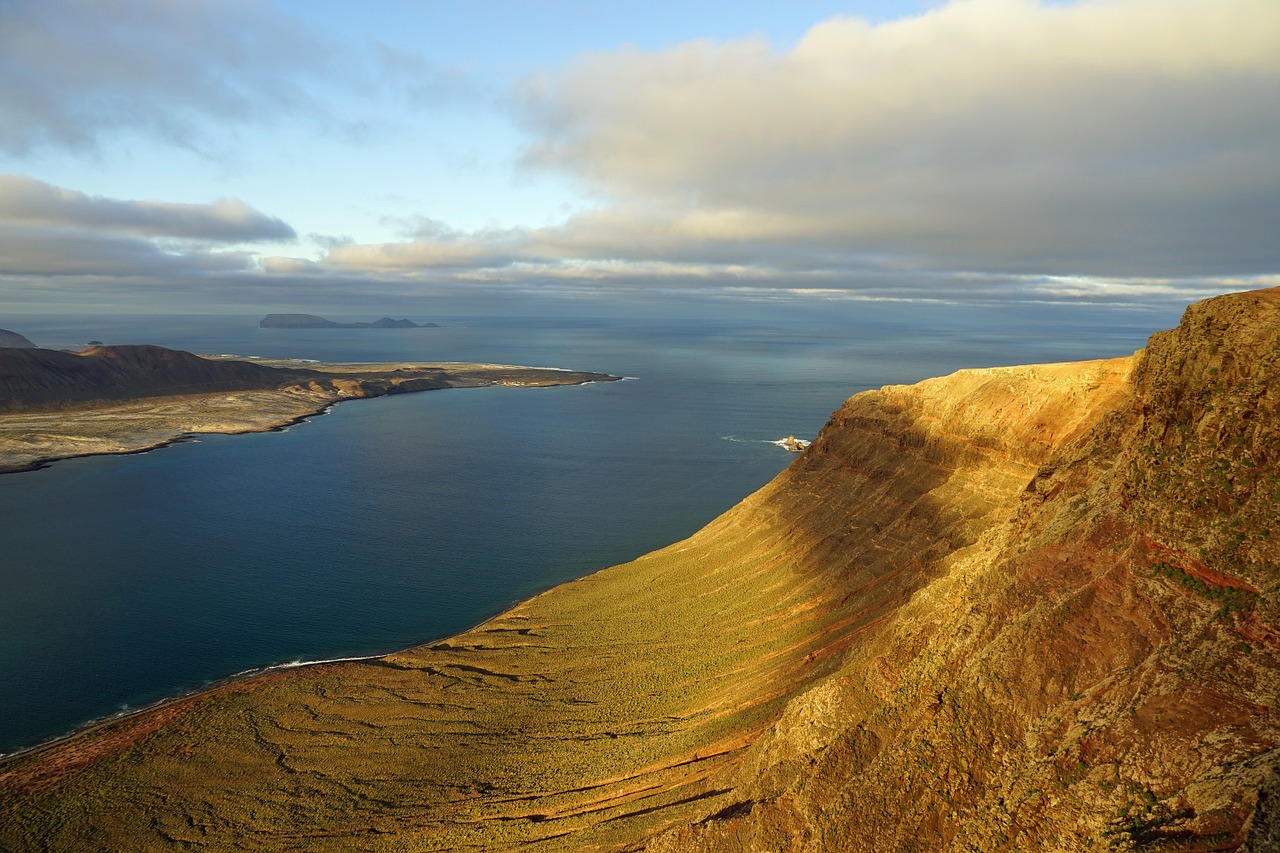 The beauty of La Graciosa Island should not be missed

Often overlooked in favor of the larger Andalusian cities of Sevilla and Cordoba, Jerez de la Frontera is as close to an authentic southern Spanish experience as you can get.

Think flamenco dancing, rich mosaics of colors and tons of tabancos (the local bars) which serve up sherry as the main thirst quencher.

One of the best times to visit is during the Feria del Caballo (Horse Fair), traditionally the first weekend of May, where the local residents line the streets to celebrate the town’s equine heritage with color paper lanterns, traditional dress and of course, some barrio dancing. 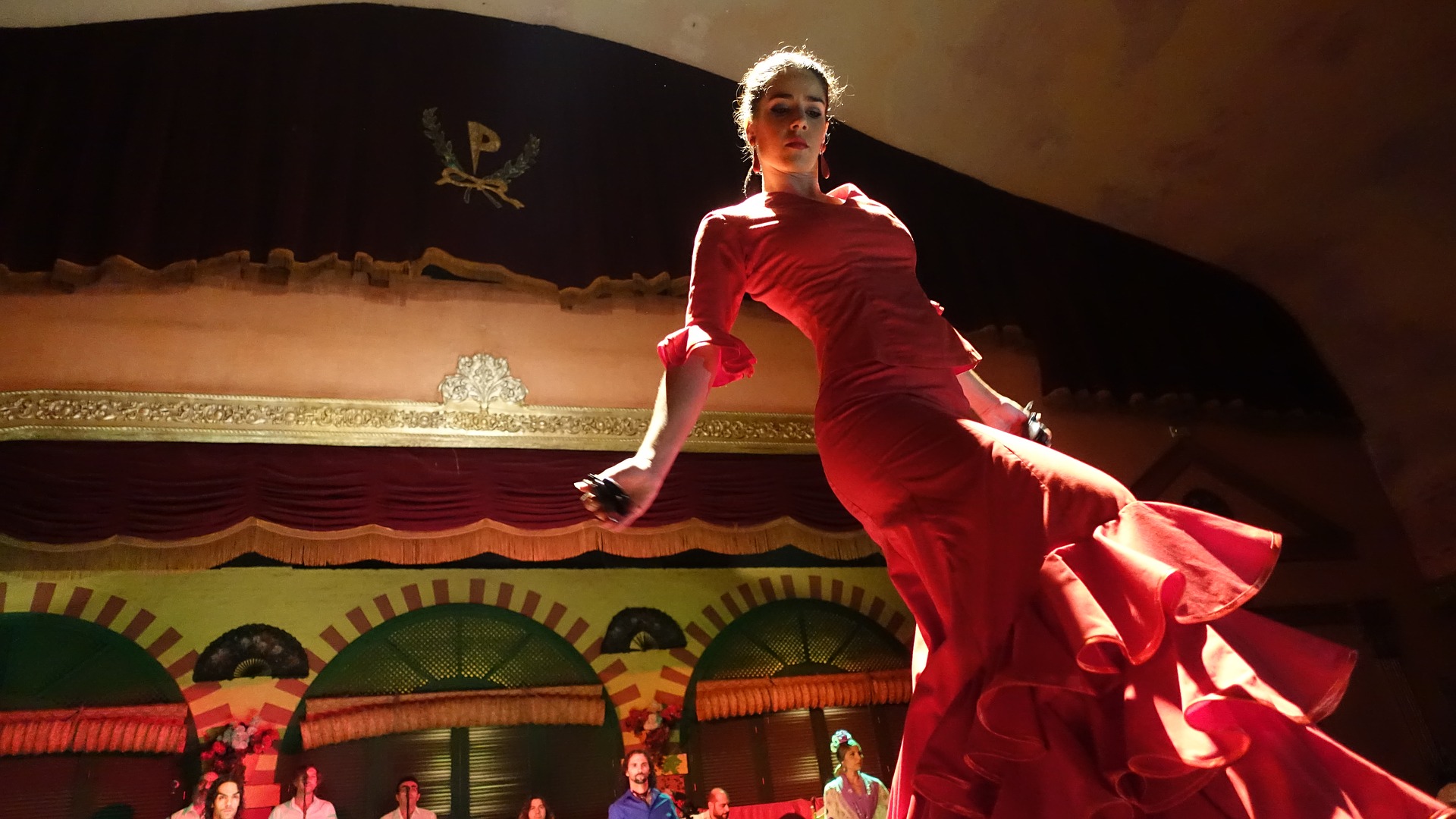 Flamenco is popular throughout Andalusia, and Jerez de la Frontera is a wonderful place to enjoy it

Don Quixote was voted the greatest book of all time by the Nobel Institute and is said to have drawn inspiration from Consuegra’s famous windmills.

There are enough windmills to give the Netherlands a run for their money, but the real reward from a visit to this historic attraction is the panoramic views of the surrounding countryside.

Once you’re down surveying the rustic windmills and plush green fields, head to Café La Antigua for a well-earned saffron-infused gin and tonic. 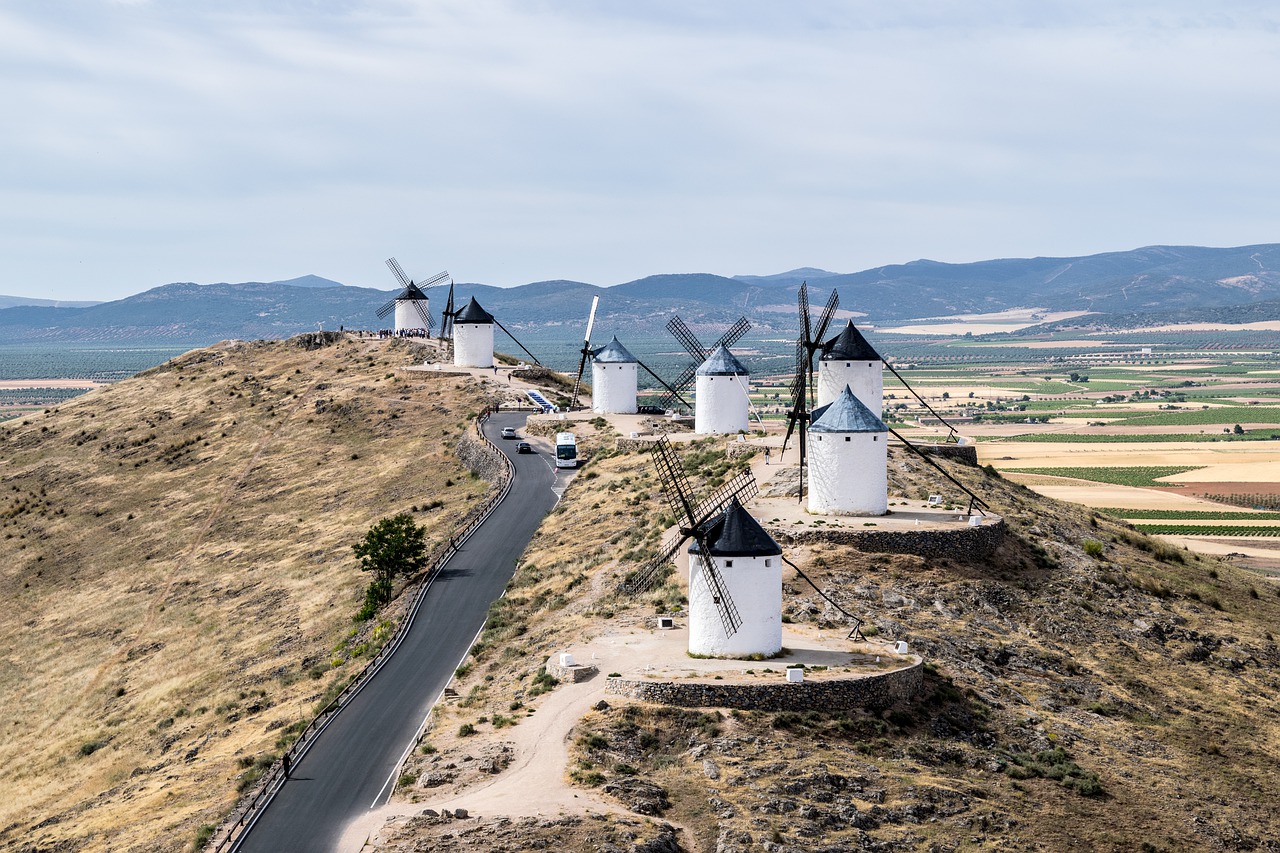 It would not be out of line, to read Don Quixote while visiting Consuegra’s famous windmills

The entire town of Toledo is designated as a UNESCO heritage site which probably tells you all you need to know about its status among Spaniards.

Just an hour’s drive from the capital, Toledo once held Madrid’s mantle as the kingdom of Spain but now stands as a monument to the past with gothic cathedrals, bell towers and museums.

In fact Hollywood filmmakers were once said to have sourced their original film props for medieval set films directly from the town which had endless supply of them.

Perhaps it’s weirdest but most wonderful claim to fame these days is its propensity for marzipan art. That’s right – locals make all manners of different things out of marzipan which are not only creatively done, but if I say so myself, darn right tasty! 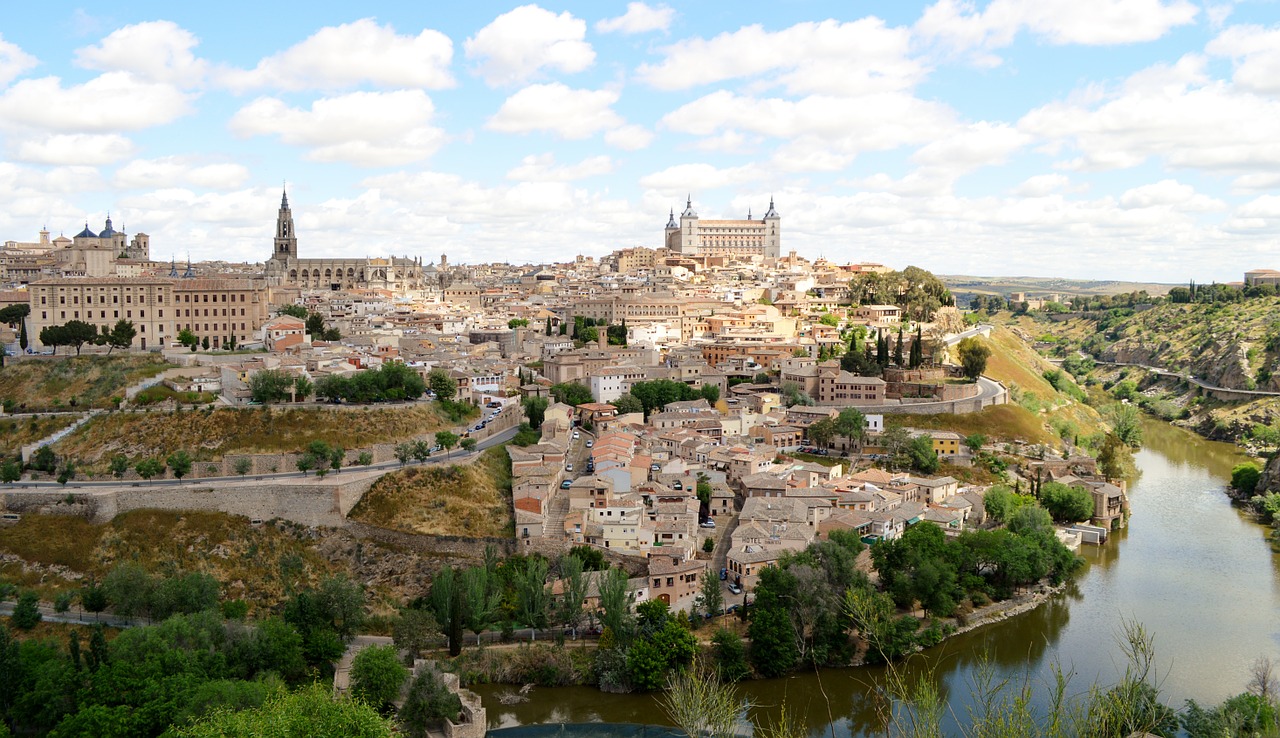 Not exactly an underrated places to visit in Spain, but you won’t want to miss this UNESCO heritage site

Extremadura is actually a region rather than a place, but I just couldn’t bring myself not naming only one area.

Lying at the western border with Mediterranean neighbours, Portugal, Extremadura is the second biggest wine making area in the whole of Spain.

The town of Trujillo’s Arab castle became world famous after it featured as the Lannister’s home hub, Casterly Rock in the critically acclaimed HBO series, Game of Thrones and is well worth a visit alone.

Extremadura knows how to throw a party or two and its festival seasons is one of the wildest in the whole of Spain. The maddest of which is Los Escobazos, where locals dress up in flame-resistant garments and whack each other with brooms that are on fire.

Participating is not advised, but as a spectacle it’s not one to be missed! 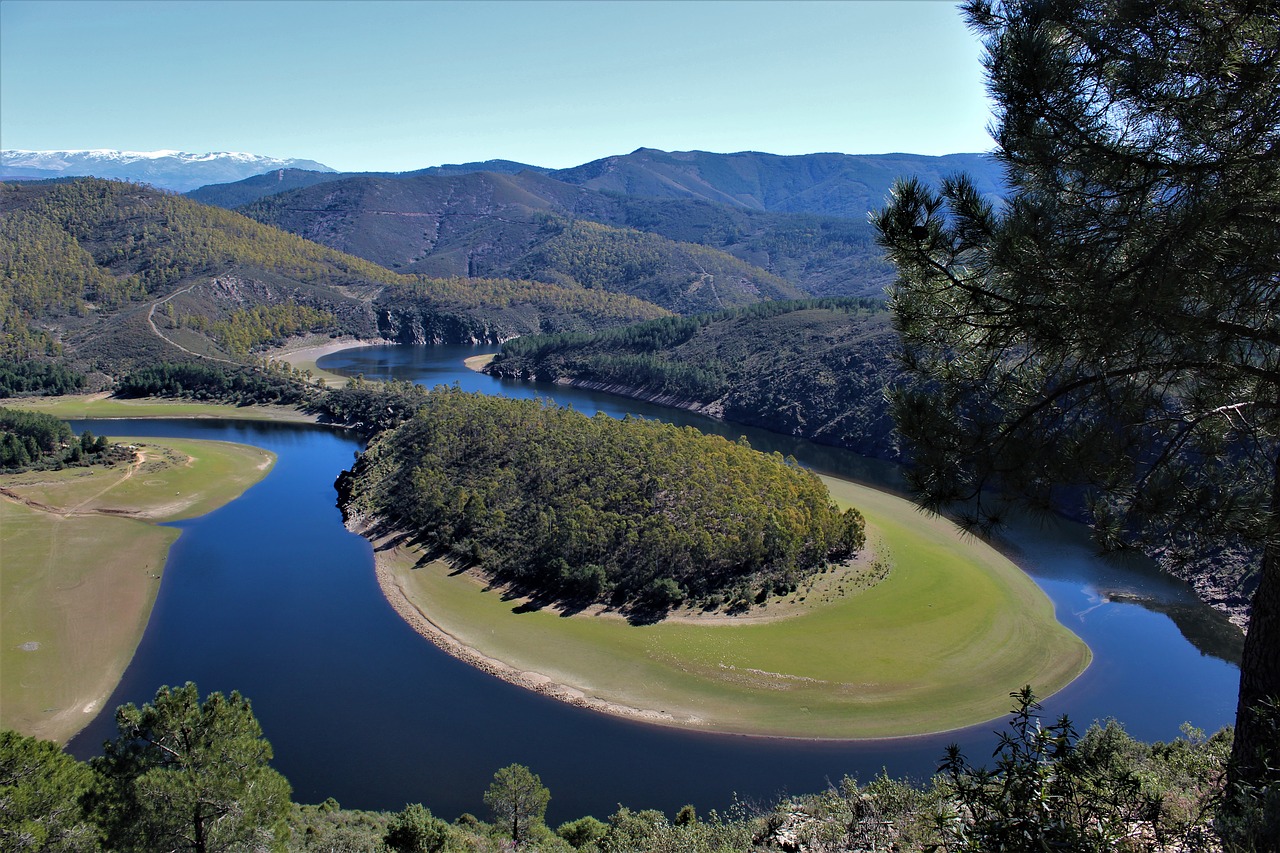 A sweeping view of Extremadura

The legendary city  of Segovia lies just northwest of Madrid and is believed to have been founded by Hercules.

If that’s not impressive enough, the old quarter offers more than enough attractions to keep you busy, including the ancient Roman aqueduct which looks like it has been dropped out of the sky.

Alcázar (not to be confused with the prison) is a medieval fortress set in the hills, which looks like it was plucked straight from a Disney movie such is the beauty and mystique it exudes.

Take a private tour or venture with the aid of a tour guide to really get a full sense of the history of this magnificent place. 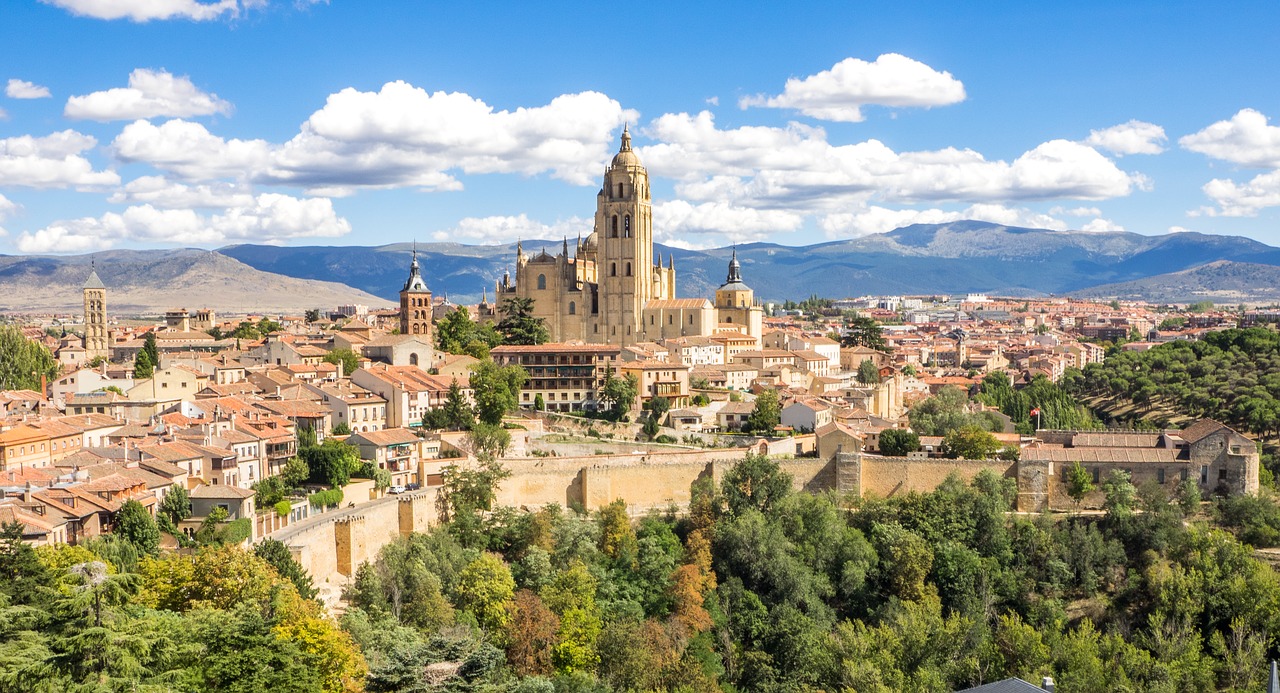 The town of Segovia

Enjoy your visit to some of these underrated places to visit in Spain.

Sean Delaney is a freelance journalist and chief writer for White & Company, a UK based removals company. He has a passion for creating engaging editorial content and has various credits for work on sites including LexisNexis and GoodMove among others.

Breckenridge Colorado: So Much More Than Skiing