What to Do with a Weekend in Seville 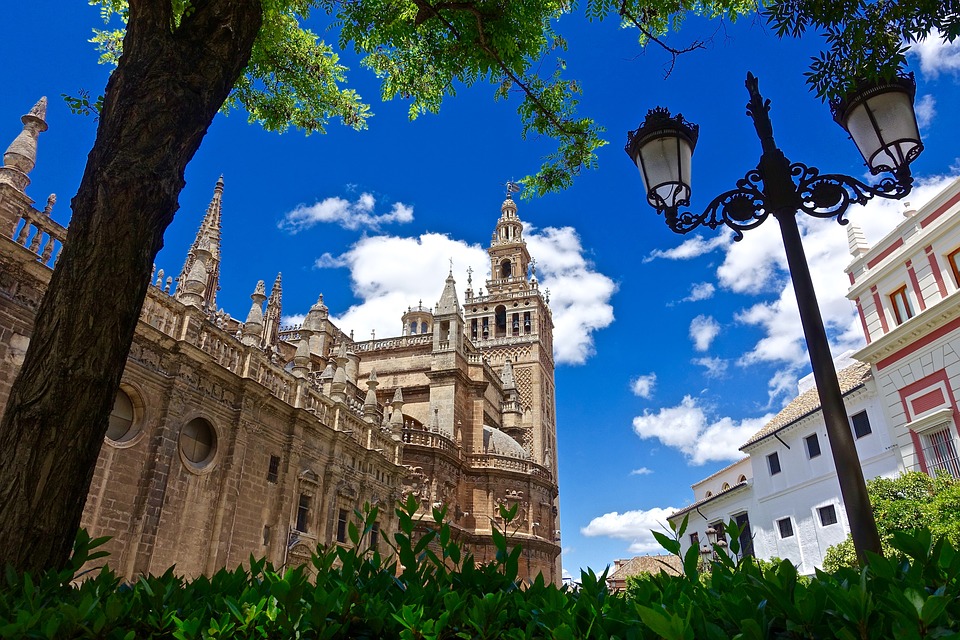 Seville, Spain is an intoxicating mix of Moorish palaces, baroque churches and narrow medieval streets, all lorded over by a massive gothic cathedral that took over a century to build. A weekend in Seville will not blow you away with gimmicky tourist traps. But the city will seduce you into knowing you’ve stumbled upon a gem. It’s another reason the city has been called the best city to visit in 2018 by Lonely Planet.

While history plays a prominent role as a backdrop to everyday life, it is the passion and vitality of the Sevillanos that make this city such a pleasure to visit and will leave you not only feeling inspired but fully charged to tackle the week ahead. 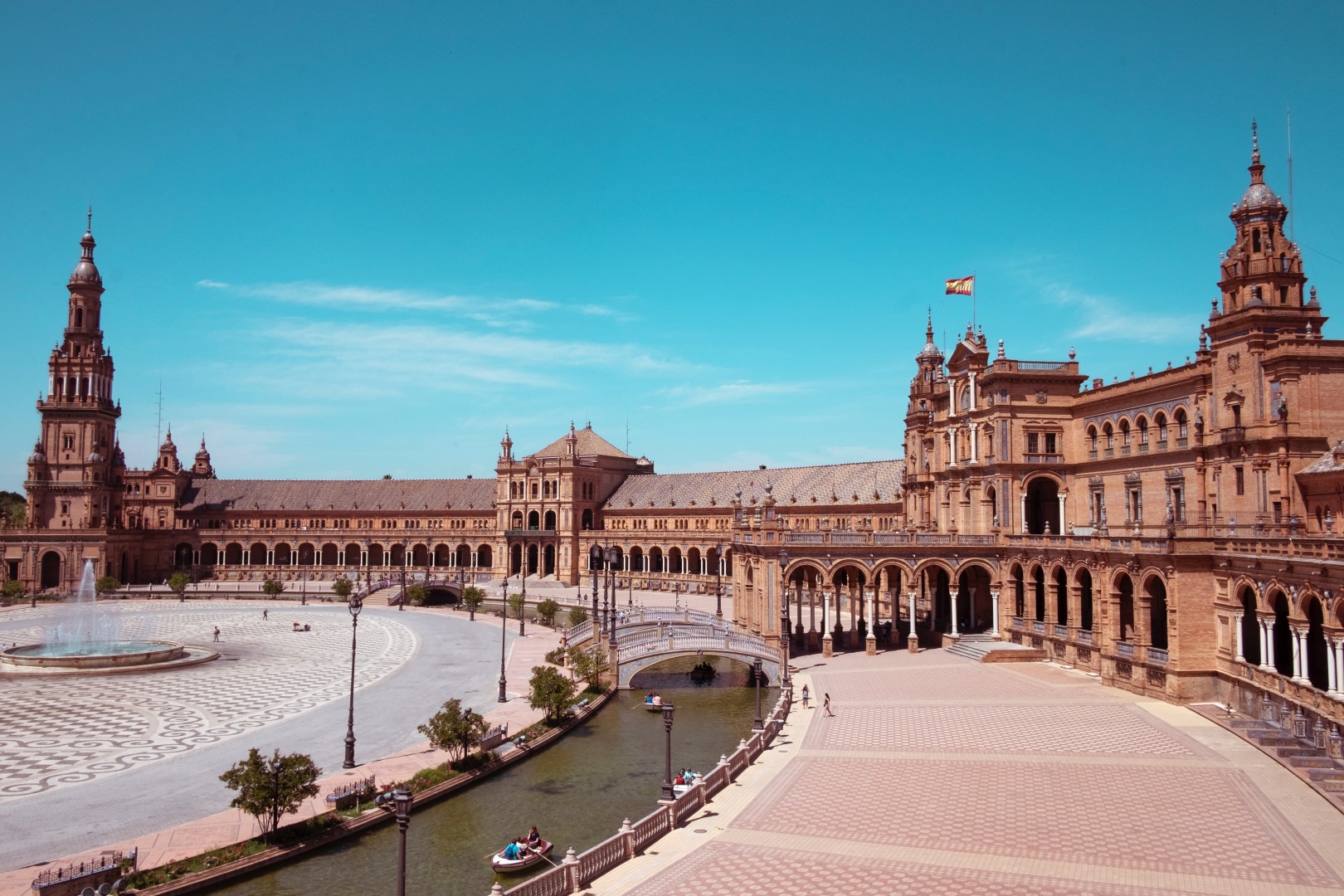 Where to Stay During Your Weekend in Seville

You really have a vast array of choices when it comes to picking a place to stay in Seville as the center of the city is very compact, with all the main attractions within walking distance of one other. Seeing as this itinerary has you in the Andalucian capital for only a weekend, we recommend finding a hotel in the Barrio Santa Cruz neighborhood. Centered around the cathedral, the area is home to some excellent bars and restaurants and is the epicenter of the city’s nightlife. Choosing accommodation that has air conditioning is a must, as the weather in Seville is intensely hot in summer. 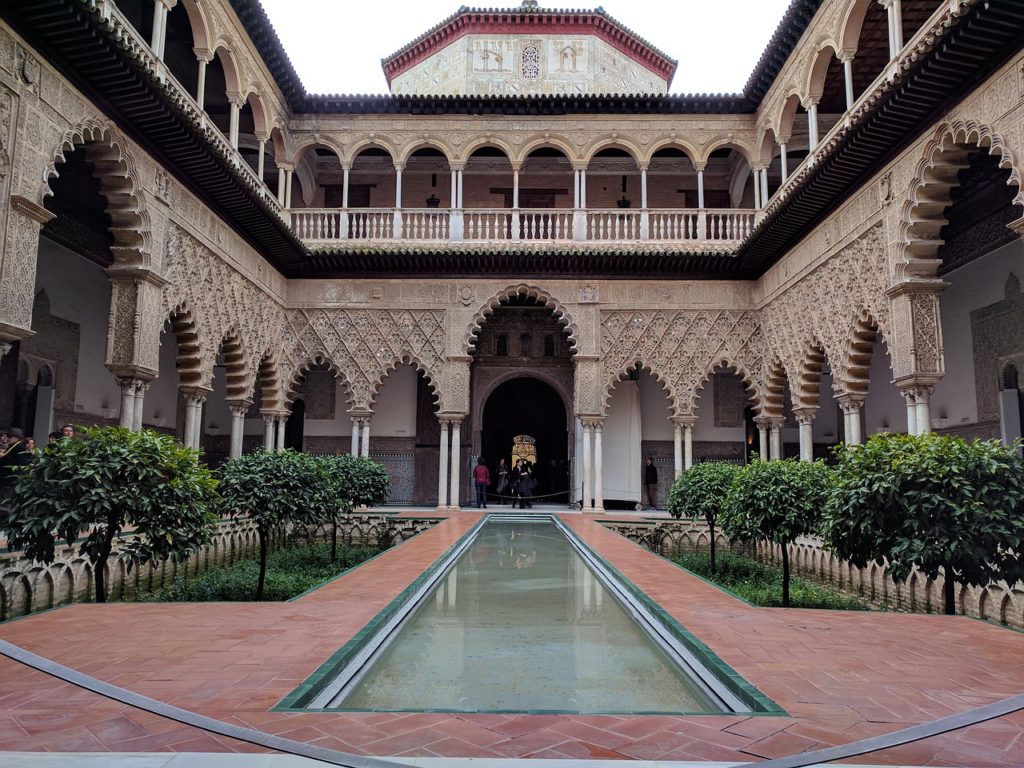 Try to arrive in Seville early enough to be able to go out for tapas and an ice-cold Cruzcampo beer. The good news is that unlike many city airports, the airport in Seville is relatively small and is just 20 minutes from the center of town. Spaniards and Sevillanos, in particular, don’t go out until around 10:00 p.m. and party well into the next day. As fun and enticing as a night out in Seville might be, try and get enough sleep so that you can enjoy the sights. 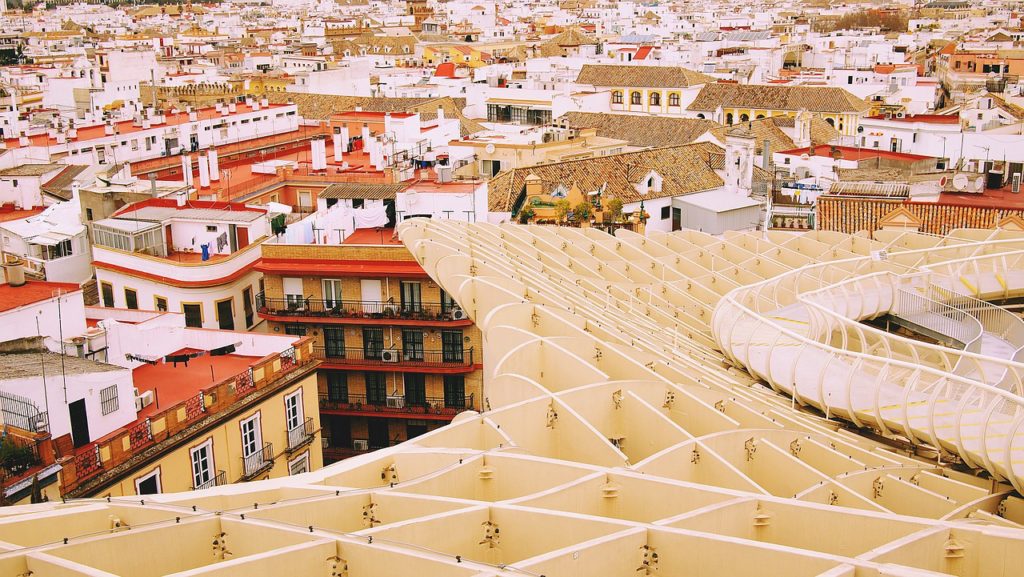 Get a jump on the other tourists and head straight to the Alcázar Palace and gardens.  Built by the Moors and then added to over the centuries the Alcázar was the location used to portray the city of Dorne in HBO’s Game of Thrones. Boasting tranquil courtyards and ornately tiles rooms, the standout feature is the lush Jardin de las Damas with its orange trees and fountains.

After you have seen the Alcázar, stroll around the old medieval Jewish quarter of the city and visit the Casa de Pilatos. Home to the Dukes of Medinaceli, the Italian Renaissance and Spanish Mudéjar style building contains precious azulejo tiles, Moorish inspired columns and manicured gardens.

Grab a bite to eat at the 19th century Mercado Lonja del Barranco on Calle Arjona by the river before visiting the Bellas Artes Museum housed in a what used to be a convent.

No visit to Seville would be complete without experiencing flamenco. While you will see several places offering excellent flamenco shows, you can also learn all about the music and dance by first visiting the Museum of Flamenco on Calle de Manuel Rojas Marcos.

After this, head back to where ever you are staying for a quick shower before going out for dinner and enjoy another hectic night out on the town. 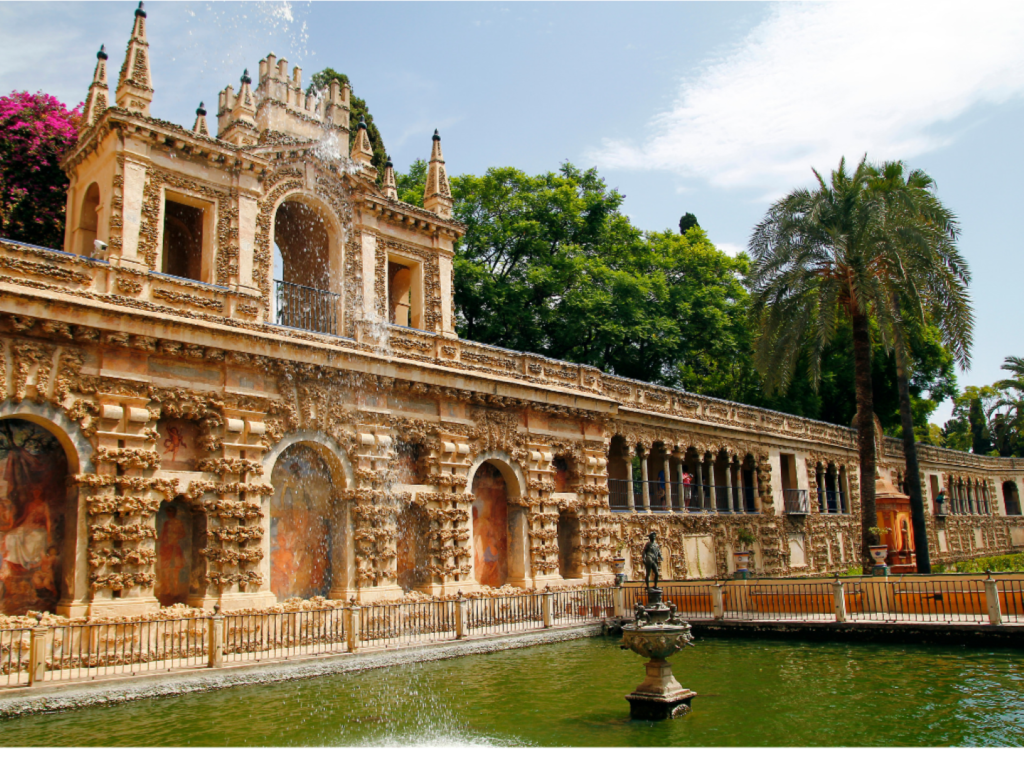 Spoil yourself on Sunday with a lie-in before visiting the city’s impressive cathedral. Originally a Mosque built during the Moorish occupation of Iberia, the only part that remains from this period are the Giralda tower and a courtyard where the faithful washed before prayer. Following the Reconquista, a Christian church was built to showcase the dominance over Islam and remains today the third largest building of its kind in the world.

After the Cathedral, enjoy Seville like a local by going boating in Plaza de España. This Plaza is actually a semi-circular Plaza with an impressive fountain in the center and two tall towers that dominate the end of each semi-circle. Built in 1928 for an Iberian Peninsula exposition the year after, it displays a very detailed tile area that represents all regions of Spain. The beautiful lake is a well placed feature that allows you to rent a rowboat and row around the plaza and enjoy the great views and historic architecture.

Before heading back to your accommodation to pick up your bags and heading off to the airport for your flight, you’ll no doubt want a photo or selfie momento with such a beautiful backdrop. For sure, this photograph will be a treasured memory of your weekend in Seville and a great “talking point” at the next party. 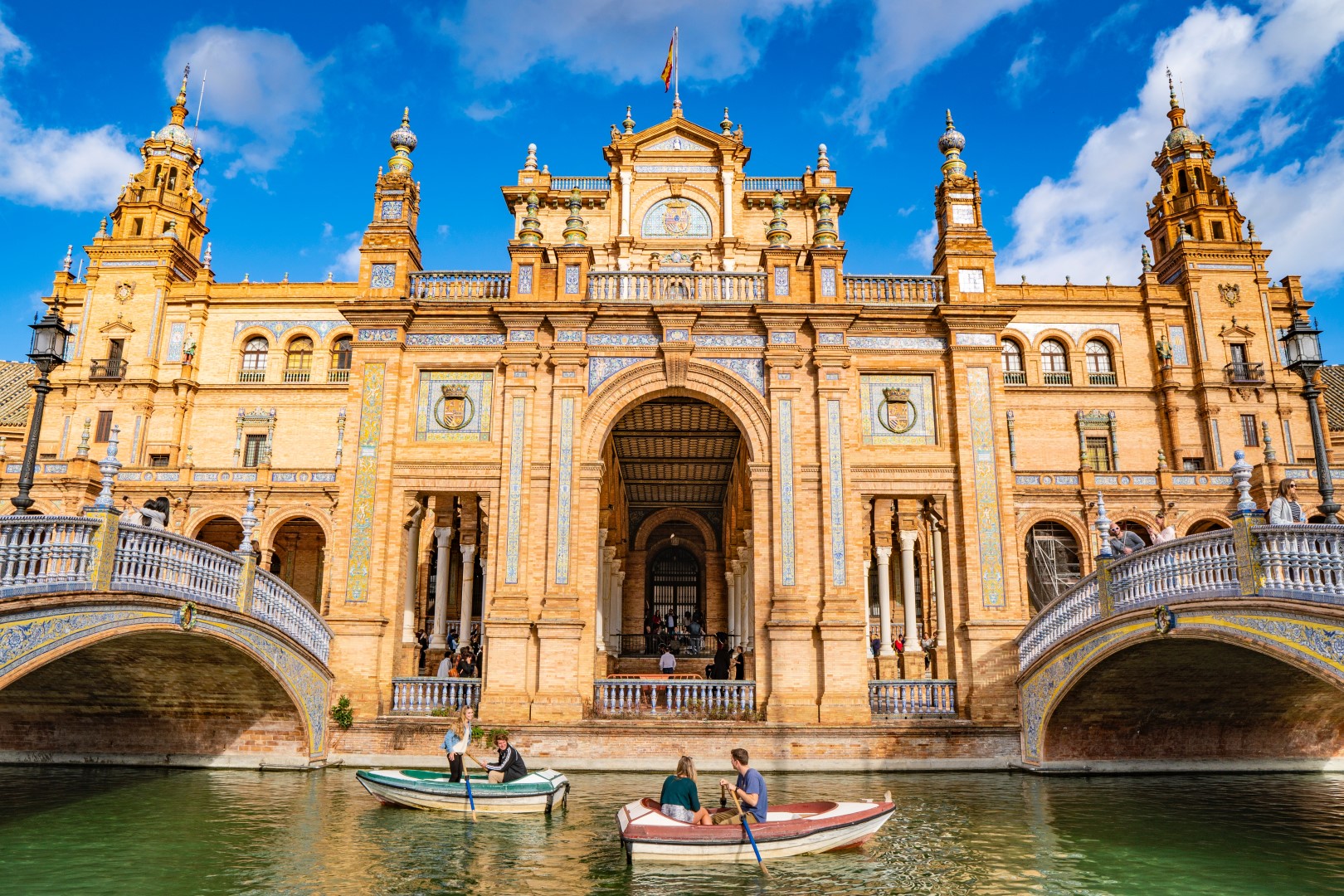 Nicola is a sun seeker, she enjoys exploring new destinations out researching local history and culture and enjoys sharing her own adventures. She writes for WideWorldTravels.com in her spare time.

Chocolate Cocktails: Recipes That Are Great for Winter

Seville is one of my favorite cities! Thank you for taking us along — Beautiful photos, too.

Thanks so much, Patricia! So glad you like the article, and hope you’re able to make it back to Seville at some point!

Thanks Patricia. Seville is one of my favourite cities too. I encourage anyone visiting Spain to put it on their travel itinerary.