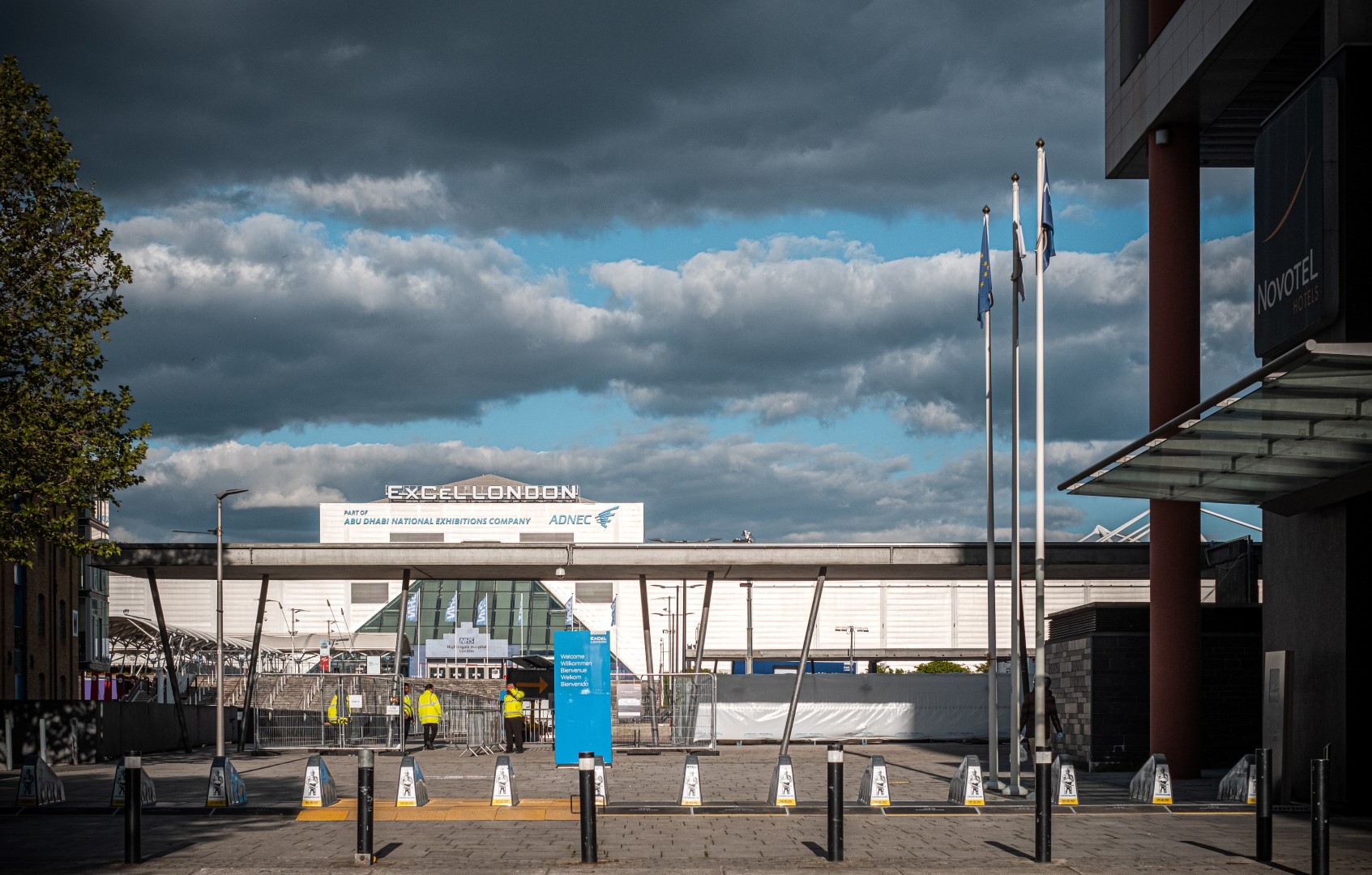 Covid-19 has had detrimental effects on thousands of businesses. Some have shut up shop, unable to cope with the financial loss. Those in the travel industry who have avoided redundancy thus far are still waiting for some news about the future of their employment, businesses and careers. And as businesses start to reopen, other industries have been left very much in the dark.

We’re pleased to offer this article on the tourism industry to both our readers involved in all aspects of the profession and to those who “just” love to travel. Events like the World Trade Market (WTM) London bring together professionals working to guide the industry through this time safely, with innovation, and with an eye to the future. Please check the WTM website for updated   information.  – ConfettiTravelCafe.com Editor

There is a silver lining. WTM London (WTM London) is set to go ahead, with modifications. The organisers have confirmed that the  show will take place at ExCel London from November 2 – 4, 2020. 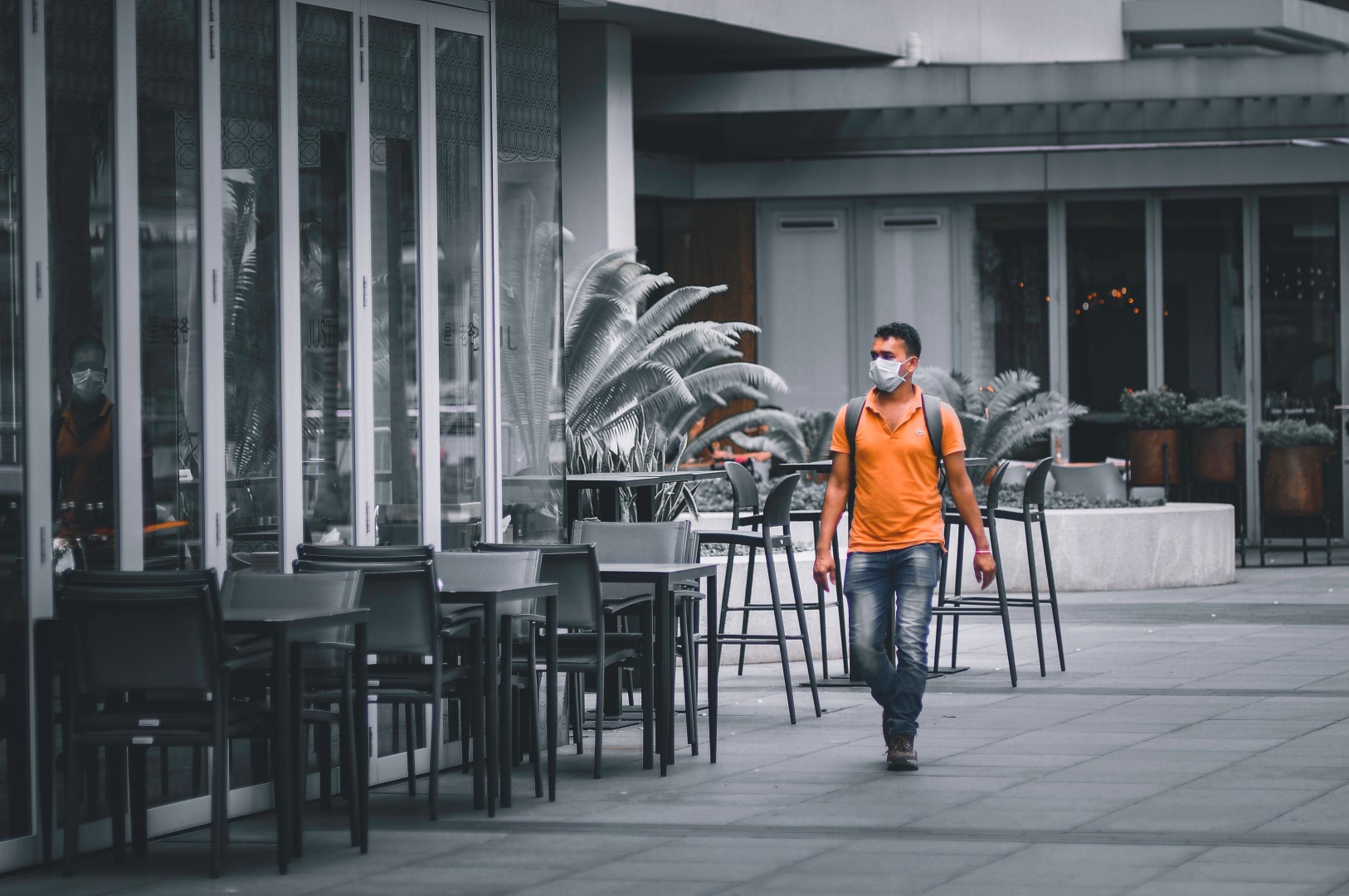 During these difficult times of the COVID-19 pandemic, there is little information (or ever-changing information) about when travel, tourism and event businesses can resume. Without a vaccine or huge drop in the number of cases, it won’t be ‘business as usual’ for a long time.

Quadrant2Design supplies businesses with custom modular exhibition stands. It has been months since they have had any work as nobody has a trade show to go to. Slowly but surely, both industries are beginning to reopen. The relaxed social distancing measures mean that those of us teetering on the edge have a chance. Unfortunately, for many others, the situation and lack of clarity mean it is too late.

The World Travel Market is a leading global event for travel industry professionals. Each year, thousands of people attend the event to conduct business over three days. The event will be a lifeline for many businesses operating in the travel and tourism market.

Reed Exhibitions were adamant that WTM London would go ahead, despite the lack of information provided by the government. Their stubborn resistance paid off. Just a few weeks ago Boris Johnson announced a restart date for business events.

With over two months to get organised, Reed Exhibitions are going to ensure that WTM London offers as much value as it has done for 40 years. They are launching it alongside a digital event, WTM Virtual, which is due to take place on 10th – 11th November.

More than 200 countries have confirmed their attendance at WTM London 2020. Which includes those who are attending the live event at ExCel London as well as the virtual show. 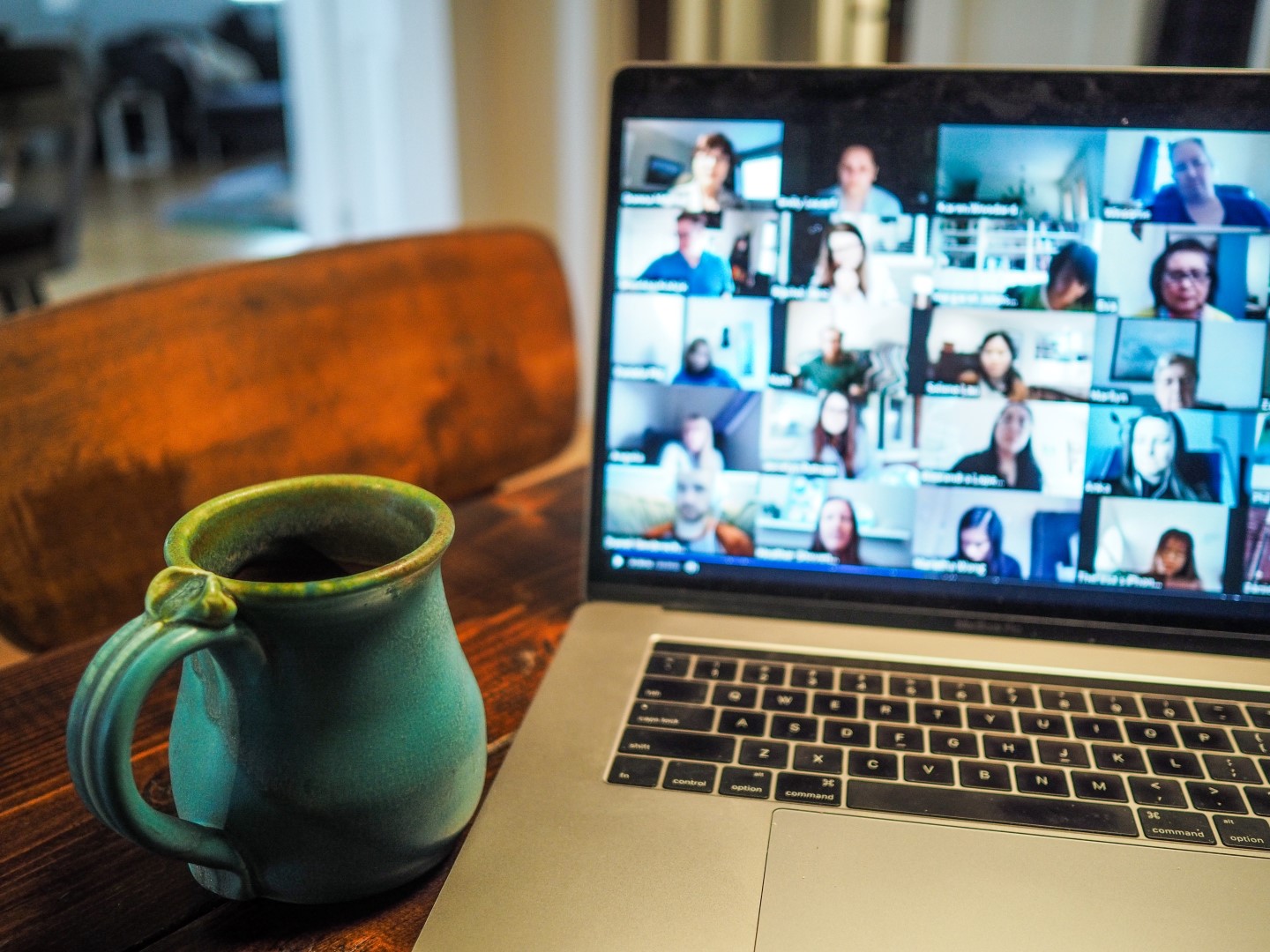 Looking back at the World Travel Market

In 1980, Miss World and the Duke of Kent opened the first World Travel Market. It was first held in Olympia and welcomed 7,753 visitors and 350 exhibitors. It wasn’t long before the show became a calendar event for everyone involved in tourism and hospitality.

Along with the Duke of Kent and Miss World, many influential people have travelled to the UK to open WTM London. In its second year, Princess Alexandra was faced with a riot when she opened the show because a promotion in the Sun newspaper went wrong.

Since then, WTM London has attracted the likes of Princess Diana, Queen Rania Al-Abdullah of Jordan and Princess Anne. Boris Johnson marked his 30th birthday by opening the event.

Over 40 years, WTM London has made an impact across London. Launching at Olympia, an exhibition venue with a rich history and glorious domed ceilings, to Earls Court. The event had begun attracting more people and the organisers needed a bigger venue.

On the year of the show’s 21st birthday, ExCel London opened its doors. It didn’t take long before WTM London moved the annual exhibition to the newly built venue. The event has taken place at ExCel since 2002.

The event continues to grow and in 2018 WTM London had their largest show ever. The three-day event included 7,500 exhibitors, 93,000 visitors and tourism ministers from 120 countries across the world. 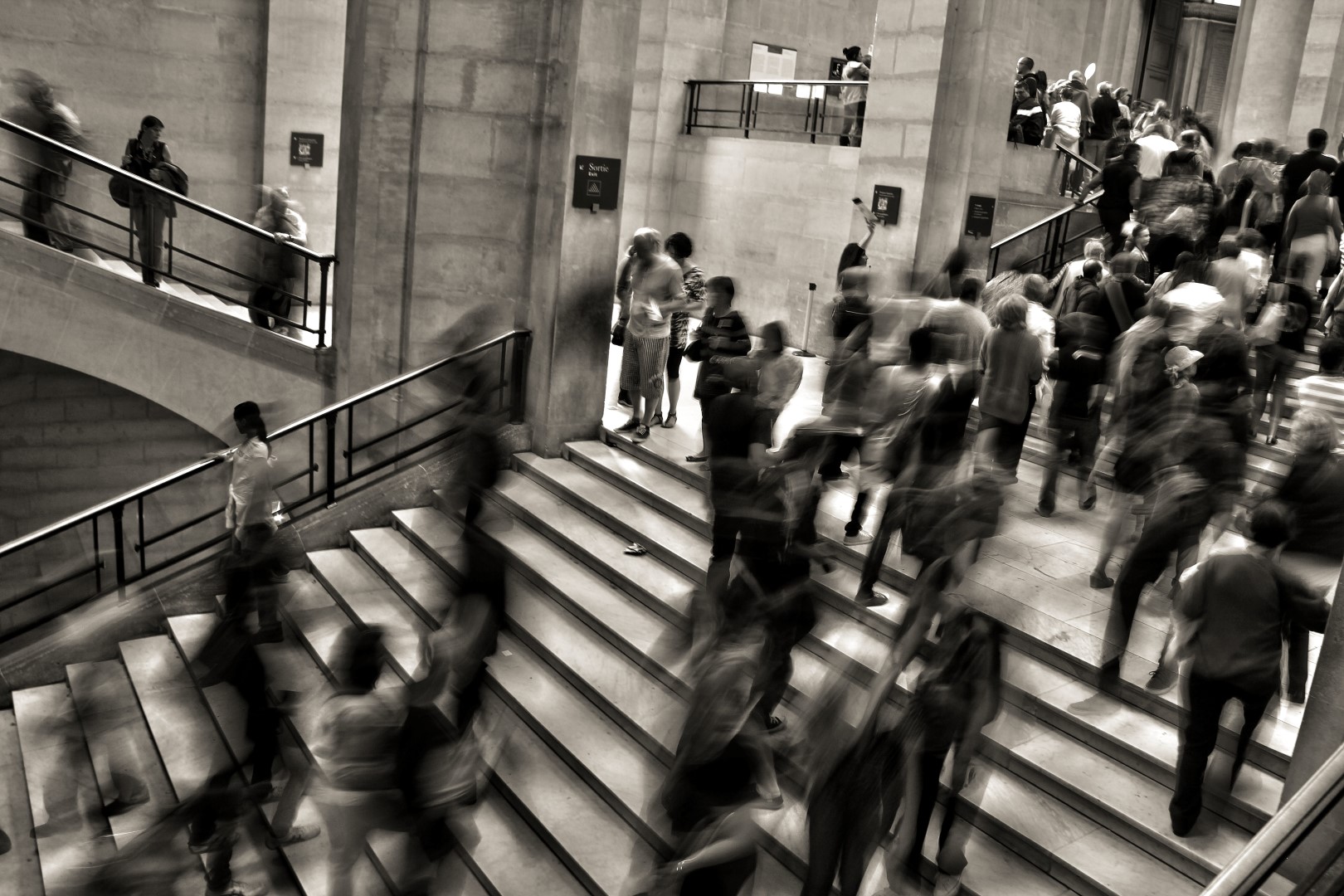 Your Quick Guide to WTM LONDON 2020

The organisers of World Travel Market saw an immediate growth in interest for the event. Moving venue was just the beginning. WTM London became a leading global event for the travel industry.

Now four World Travel Markets take place each year. While WTM London is the largest, the Dubai, Sao Paulo and Cape Town shows are still ‘must-attend’ events for those operating in the industry.

With travel restriction still in place, attending one of the shows more local to you is an option. But there is also WTM Virtual which you’ll find more about in this article. This year, the event promises to live up to its reputation.

Industry-experts know WTM London as the meeting hub for the global travel industry however this year it promises more than that. Previous years have seen the organisers put a focus on sustainability and responsible tourism. This year, WTM London will focus on helping recover and rebuild the travel industry. 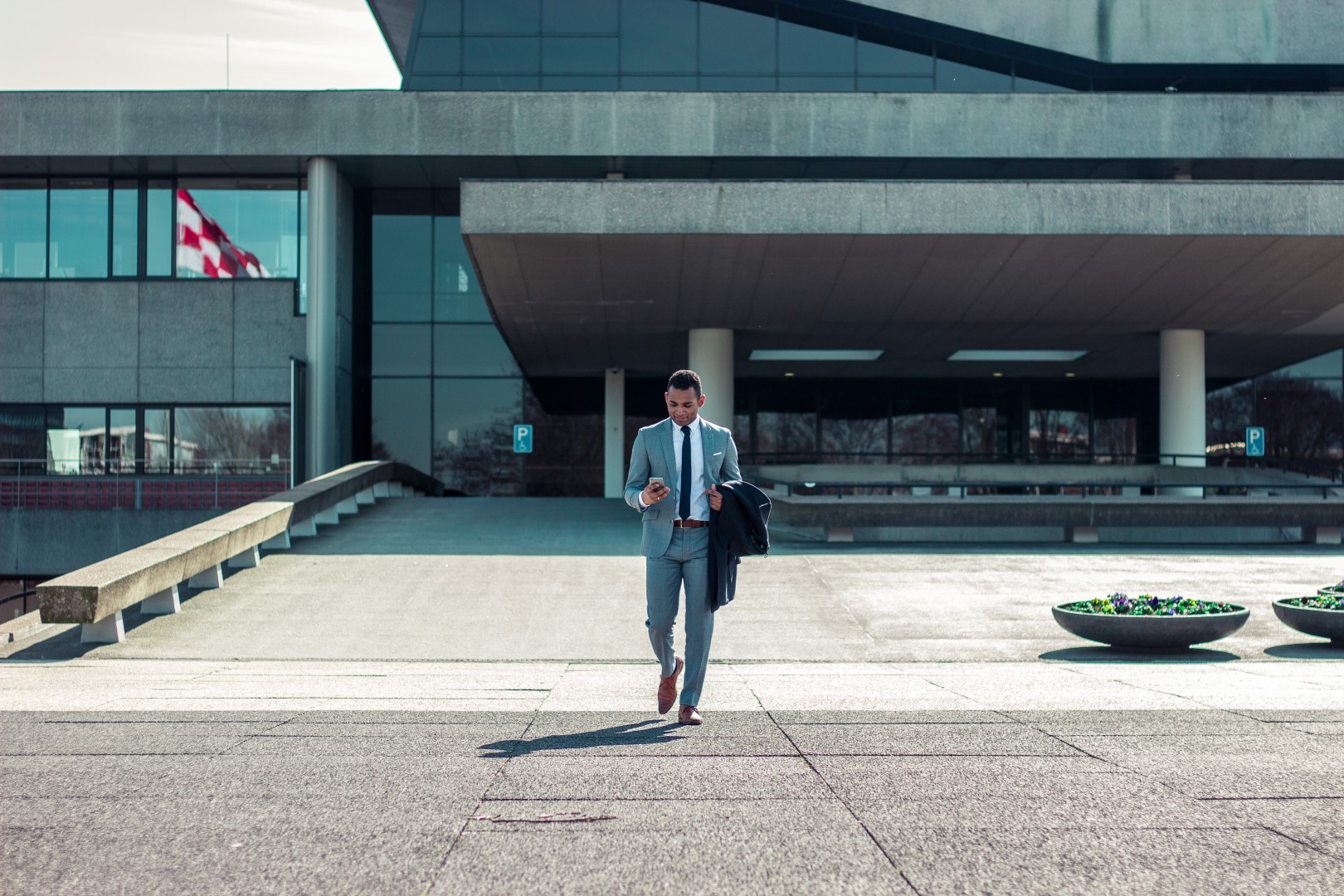 The Travel Industry Show Goes On

A combination of seminars, networking events, inspiration zones and cultural showcases offer visitors and exhibitors the opportunity to get the inside scoop on the travel industry. These are available at any one of the four events. This year, the organisers of WTM London have gone a step further.

In launching a virtual event, WTM London is once again positioned as the leading global event for those in the industry. They expect reduced visitor numbers and exhibitor numbers at the live show, especially from the USA where the number of coronavirus cases are still high. Travel restrictions and health and safety precautions make it impractical to encourage the same level of attendance as WTM London recorded in 2008.

But the show must go on. And thanks to the launch of WTM Virtual, taking place less than a week later. As we have seen over the past six months, it is possible to host relevant and informative industry events entirely online.

WTM Virtual will feature all of the sessions from the live event as well as live conference sessions and roundtable debates tackling the issues within the industry. There will also be virtual speed networking and meeting platforms for all attendees.

Reed Exhibitions, who organise WTM, have taken a bad situation and put the industries needs above their own. By running a physical event alongside a virtual one they are opening their doors to a larger audience. Exhibitors will still have the opportunity to showcase their country to thousands of industry professionals. 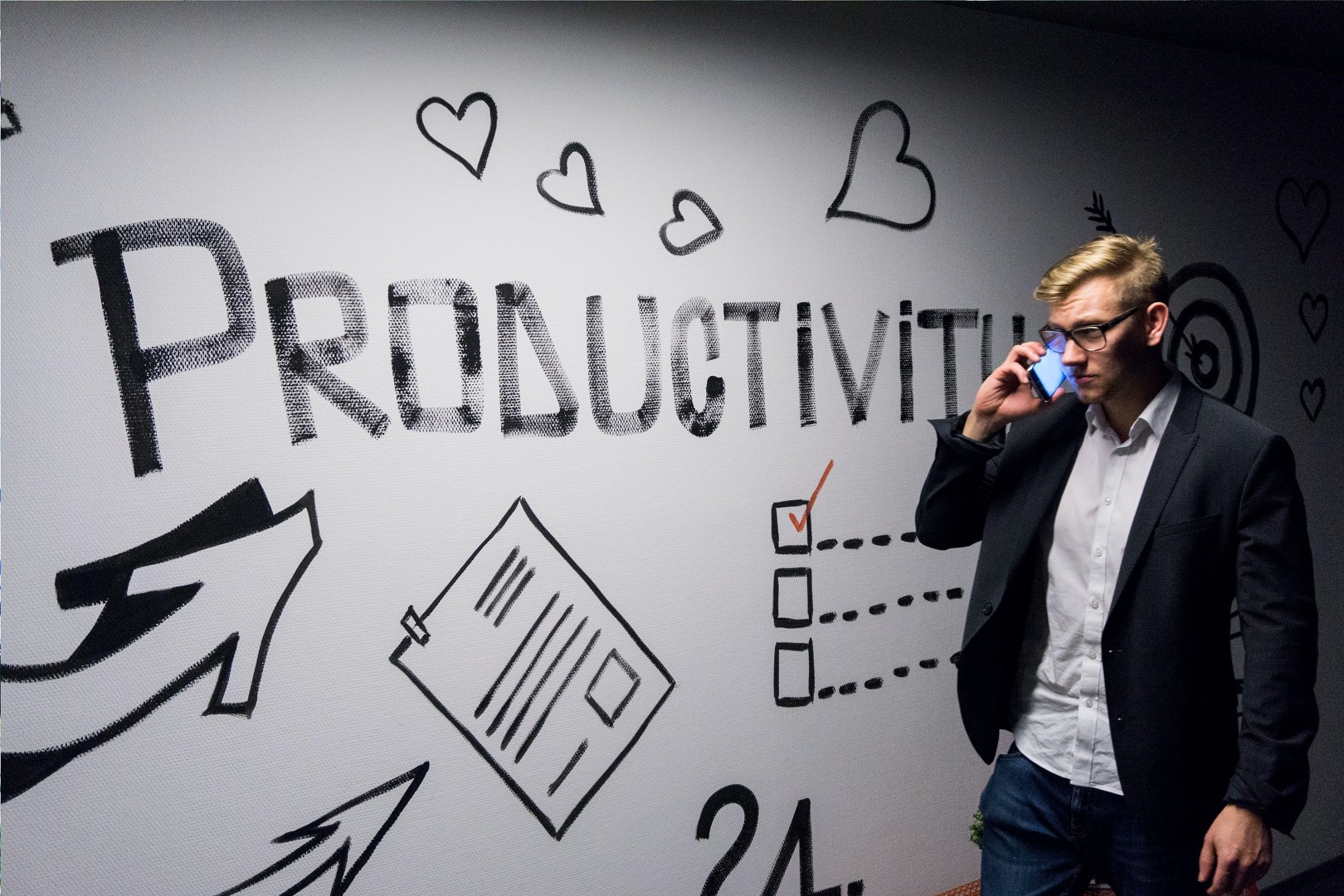 3 Things Not to Miss this Year

With all the excitement of planning one of the first large trade shows to take place since the outbreak and launching a virtual show, it’s easy to forget about all the amazing reasons you should visit.

Trust me, there are loads! But here are three of the best reasons to visit WTM London 2020 this year:

The theme of WTM London 2020 is recover, rebuild, and innovate. As we all know, the travel and tourism industry has been one of the worst affected by the pandemic. The event organisers have teamed up with the ITIC (International Tourism & Investment Summit) to deliver the Tourism Investment Summit. The aim is to offer help and support to business affected by the current situation. 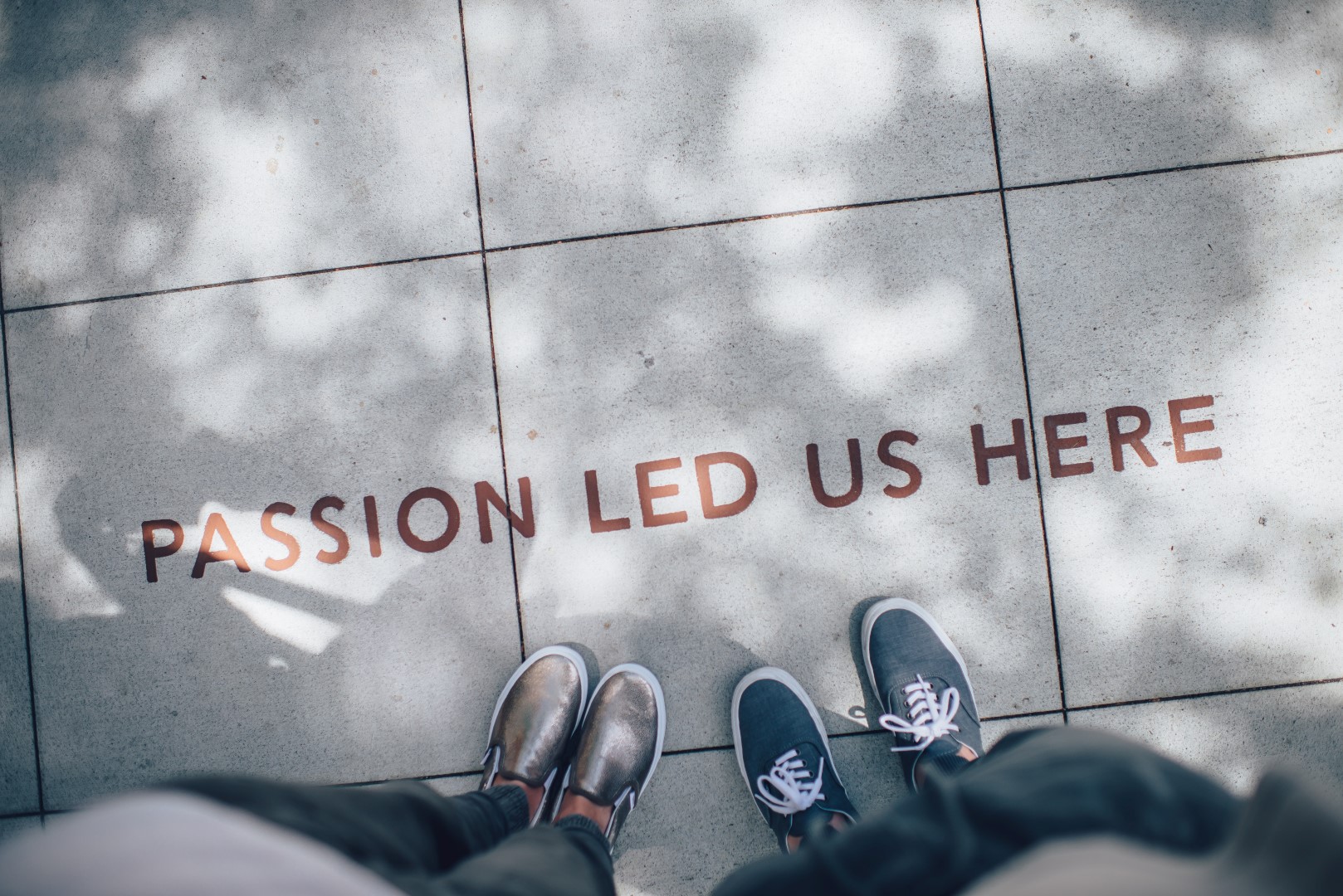 Why is WTM London the meetings hub of the tourism industry? Because it attracts tens of thousands of exhibitors and visitors from almost every country in the world. This year will be no different. According to the organisers, more than 200 countries have confirmed their attendance. This shows that the public haven’t lost faith and are ready to fight back together.

Trade shows are the best places to network and meet other important people in your industry. WTM London makes this even easier. Whilst following social distancing guidelines, the organisers have been able to bring back these sessions to give you more opportunities to meet prospects, build relationships and close deals. 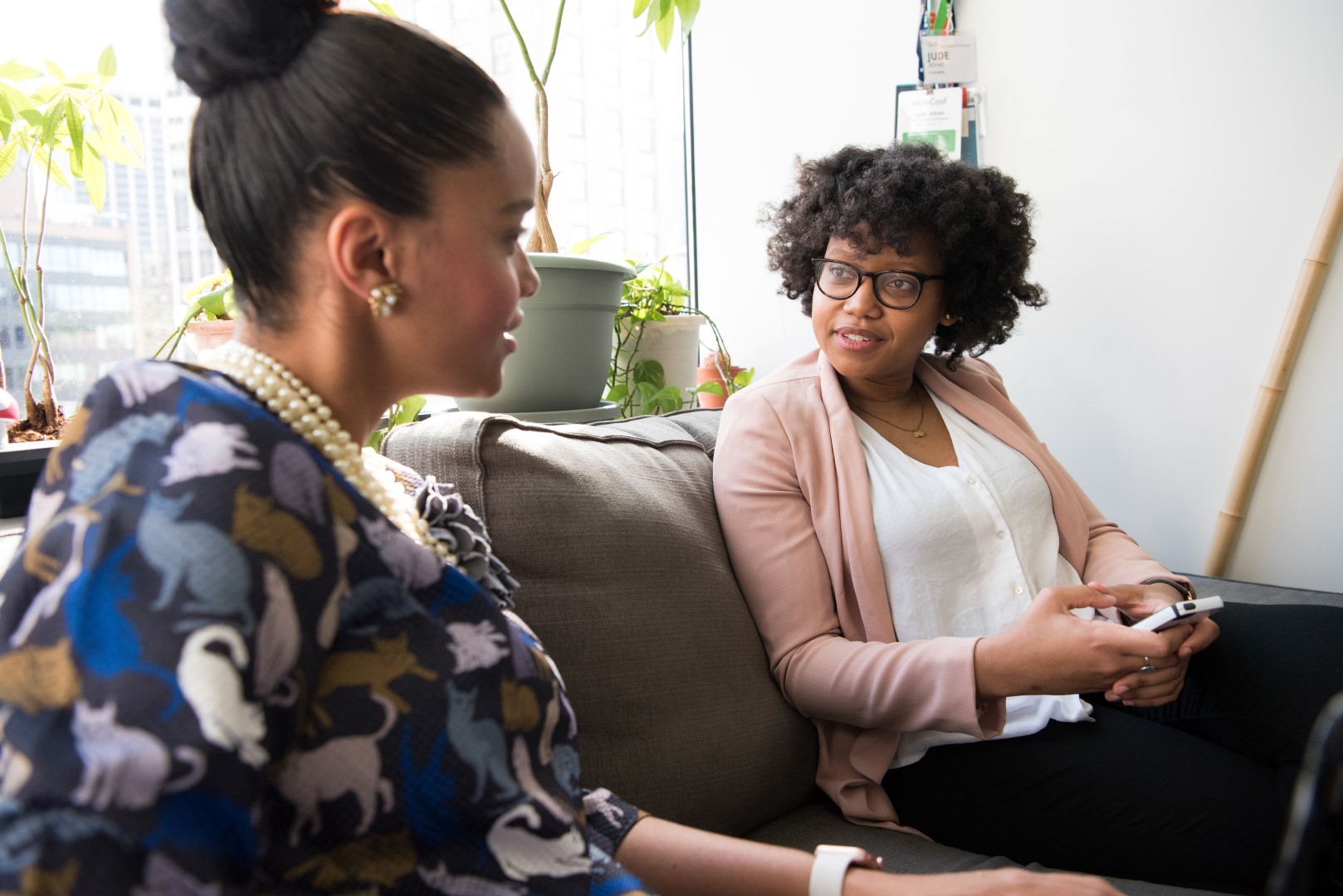 And Finally, a Thank You…

There is a second industry that has a lot to thank WTM London for. That industry is the events industry.

Since the lockdown was imposed back in March, the travel and tourism industry has been significantly impacted. So has the events industry and the 700,000 full-time staff employed by venues, event organisers, and suppliers. As one of the first industries to close we will be the last to reopen.

Despite now having an open date, we are still seeing large events cancelled or postponed because public confidence isn’t there. People don’t want to invest in trade show marketing in case nobody turns up.

WTM London are going to change that. They insist that the leading global event will go ahead alongside a virtual show aiming to increase visitor numbers and add value for exhibitors. Once this show has taken place and the thousands of visitors from across the world see that it is possible to run a successful and safe event public confidence will be restored.

So a huge thank you from our industry to yours. 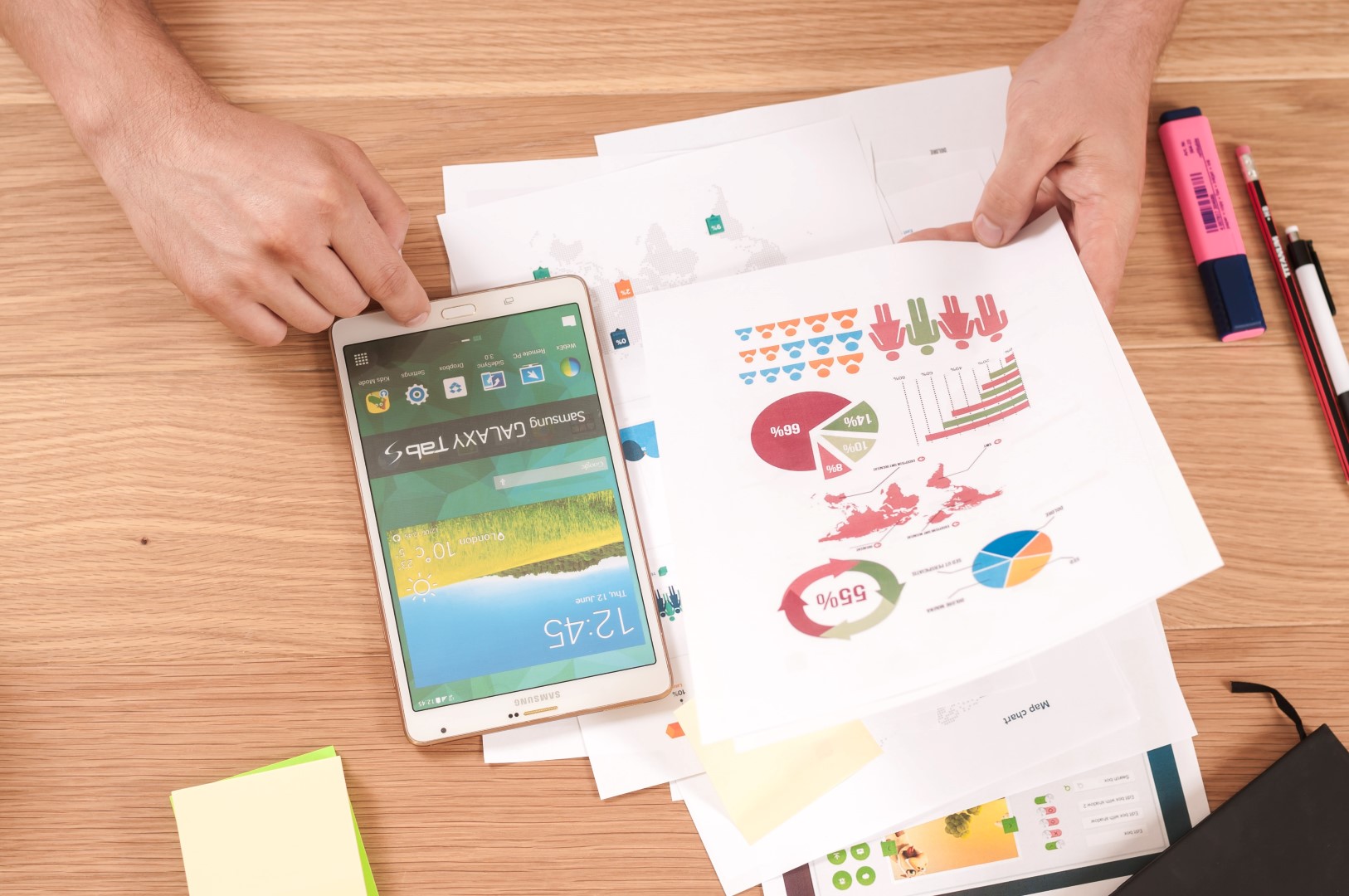 Natalka Antoniuk is an exhibition blogger for Quadrant2Design who uses her industry expertise to teach business owners the benefits of the trade show floor. She has developed a unique insight into the world of exhibiting, having spent time working alongside exhibitors, event organisers and exhibition stand contractors.

How to Prepare Your Home for a Long Trip

The Best Travel Tips For Today