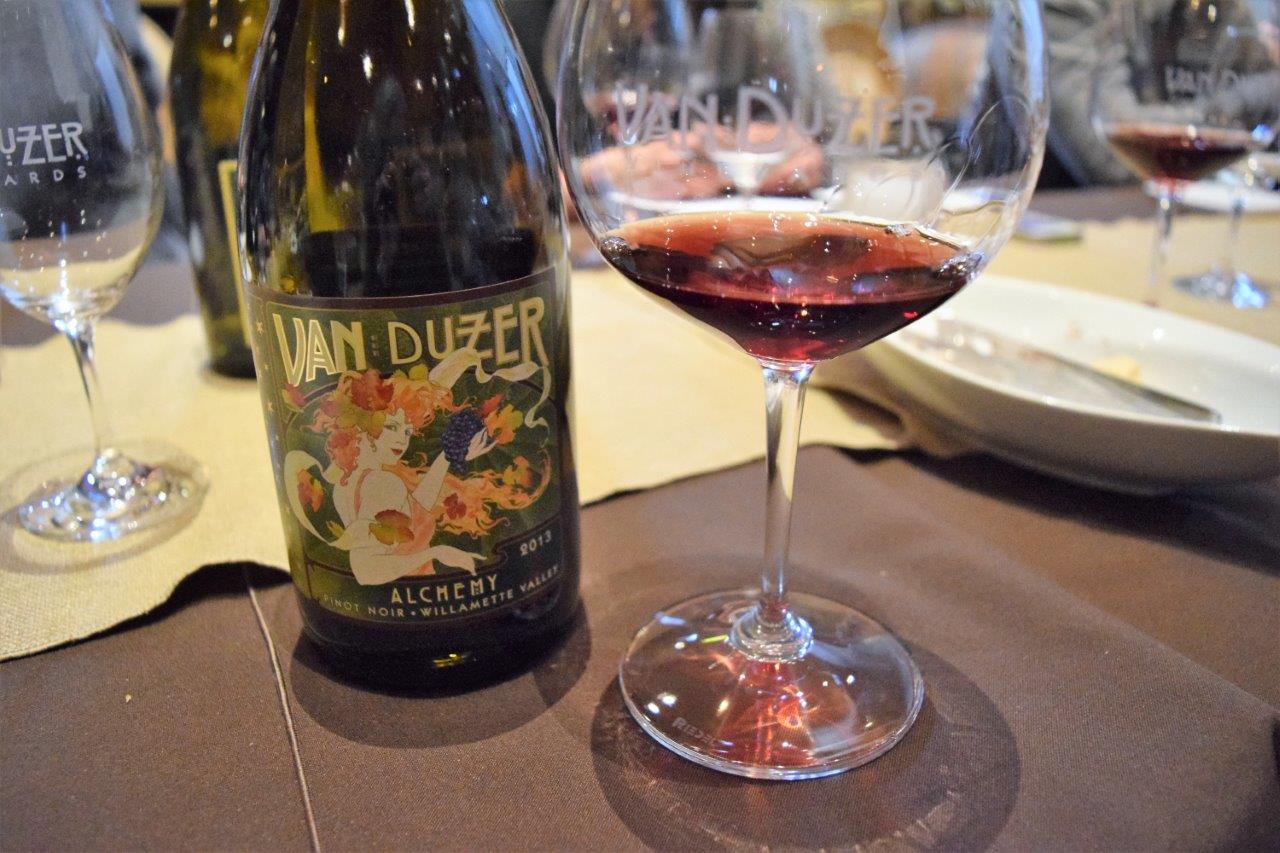 Van Duzer Vineyard’s wine labels are easily recognized on wine shop and wine department shelves. Designed by well-respected illustrator John Martinez, the colorful Art Nouveau-ish labels depict the Greek goddess of the west wind, Zephyra. Van Duzer’s owners, Carl and Marilynn Thoma purchased 84 acre-estate in 1998, and were one of the first to plant Pinot Noir in this part of the Willamette Valley, one that benefits from Pacific maritime winds from the west. And the wines have been favorites of mine for some time. 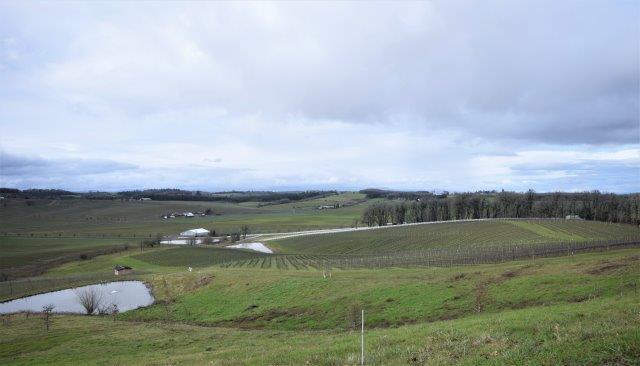 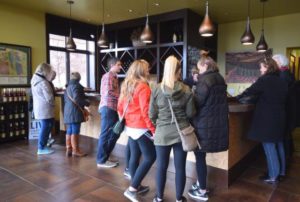 It’s a good time to be a winemaker in the Willamette Valley. The Willamette Valley American Viticultural Area (AVA) won Wine Enthusiast Magazine’s 2016 award for Wine Region of the Year. The award is given for the best wine region in the world (not only for the U.S.) and the area’s Pinot Noirs were especially noted.

(For visitors touring Oregon’s Willamette Valley wine region, a big plus is that the area begins less than an hour away from Portland. Plan your entire trip around wine tasting or take a day to two to explore some of this bountiful and beautiful area. There are plenty of great restaurants and places to spend the night, towns to explore, and more.) 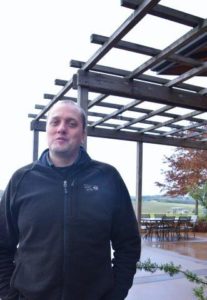 Van Duzer’s Winemaker Florent (“Flo”) Merlier began his winemaking career in Burgundy, France. He was raised in the wine business, running among the grape vines as a child, but initially did not aspire to the industry. Eventually though, he became involved in the effort in Burgundy and was hooked. Merlier moved first to Switzerland, where he says he “challenged myself making wine under very different conditions.” He moved to the U.S. in 2009 as Assistant Winemaker at Van Duzer, eventually becoming their Head Winemaker.

He especially enjoys the vineyard’s micro-climate, and says, “I’m very fortunate to work at a really well-laid out vineyard, with quality vines, and great people.” 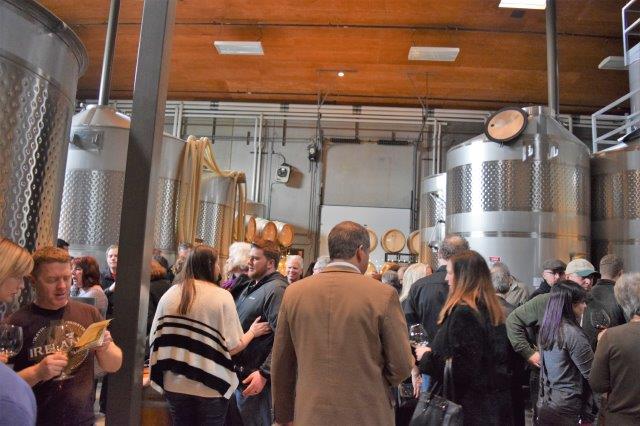 At a wine club release party for the 2013 Alchemy Pinot Noir, Vineyard Manager Bruce Sonnen shared with me how the harvest seasons differed in 2013 with that of the recent 2016 harvest. In 2013, they picked the grapes from the third week of September through the first week of October. In 2016, they began harvest on the 8th of September and were done before the end of September.

Each year, factors vary, of course. Sonnen said that temperatures throughout the season are the most obvious; but winds, especially those from either the east or the west can create changes that mean they have to respond to help control growing conditions. He laughed, “The earlier season this year was good for me, because my work was done, but the timing of harvest always means different tasks for the winemaker.” 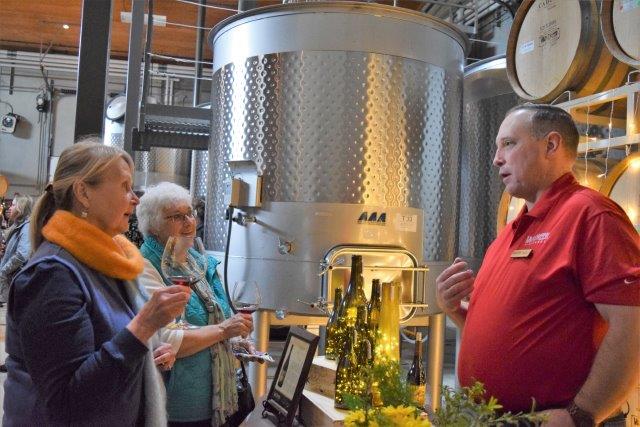 Merlier combined grapes from four clones for this vintage’s Alchemy wine. “I want something different. I want to be able to use different clones. This vintage was aged in the barrel 15 months. It’s a very different wine from the wines the winery first made from its vines.” 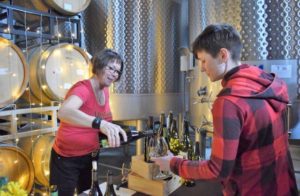 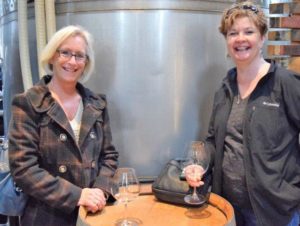 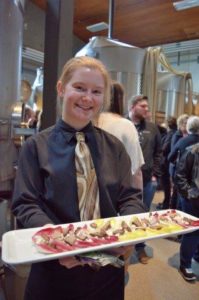 The first sip of the 2013 Alchemy is sublime. It’s a full-condensed Pinot Noir. The red fruit is very bright, with a wonderful astringency that really makes you want that next sip, while remaining soft on the tongue. The wine never loses wonderful dark fruit and slight vanilla aromas. In fact, I loved the consistency this wine displayed throughout sharing the bottle, in both aromas and flavors. There’s a great depth and meatiness to this wine, and yet it’s bright and elegant. 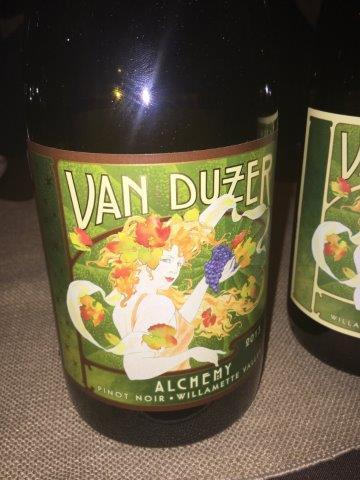 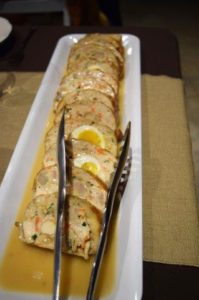 Before the release party, we enjoyed a couple other Van Duzer wines with lunch. We began with their 2015 Estate Pinot Gris, which was wonderfully citrusy, lemony and fragrant, dry, with good structure. Their 2014 Willamette Valley Pinot Noir was fruity and earth; mildly woody and grassy. Both wines paired well with Chicken Ballantine (boned, stuffed, and rolled chicken,) smashed yellow potatoes and a salad of mixed greens with a Riesling vinaigrette. 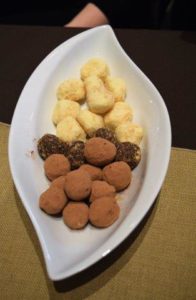 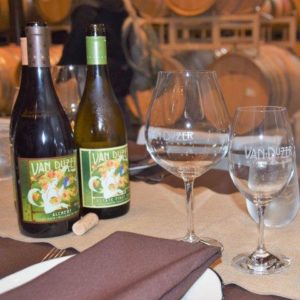 Van Duzer has a portfolio of Riesling, Pinot Gris, Rosé, Pinot Noir and a some specialty wines well worth exploring.

What role does the lab play on his winemaking? Florent Merlier has a science background and “loves those geeky things in the lab that have made my life easier.” In the lab, they can check the pH-levels, alcohol level, and more, but tasting is still key.

Barrel tasting is still the main method Merlier uses by which to see how the wine is progressing before bottling.

He says, “I rotate through the barrel and will end up tasting from each. If I taste some off from what I’m looking for, I send it to lab. Nature wants to turn grapes to vinegar. What we do as winemakers is turns grapes to wine. More than anything else, I rely on taste.”

Challenges in the Oregon Wine Industry 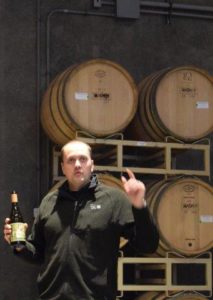 There have been many changes in the Oregon wine industry in the more than 25 years I’ve lived here and enjoyed its wines. I asked Merlier what changes and challenges he thinks may occur in the industry in the future.

Labor, he said, is a concern for wine industry. The Oregon wine industry (as well as other regions) rely on Mexican labor and compete for this labor with the other strong-growth agricultural products and industries, such as blueberries. Crops need to be picked at the precise time a vineyard determines is right and the wine industry isn’t just competing for labor from other ag industries, but also from other vineyards in the area.

Climate change is another concern. Wineries can look to technology for tools to help with weather challenges, among which are clones that may be better suited to changing conditions. The unknowns have those in the industry wondering even whether the Pacific Northwest may at some point get to warm to grown Pinot Noir, which would change Oregon’s entire industry. 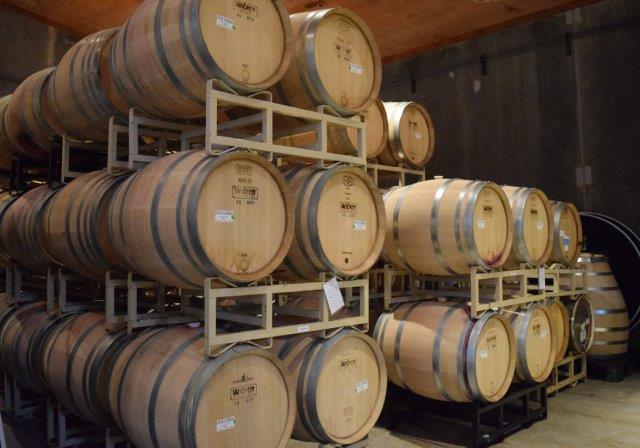 Merlier also mentioned how the size of wineries and the ownership of wineries is changing. The Oregon wine industry is still only 50 years old, and most wineries are still small, family-owned farms. But this too is changing.

Indeed. Jackson Family Wines, which includes well-known Kendall-Jackson wines, have been buying property and vineyards in the Willamette Family with an eye on expanding their already world-wide brand. Larger-sized vineyards will bring changes in all stages of growing and production. One of the properties recently purchased By Jackson was Willakenzie Estate. Willakenzie’s Bernard Lacroute and Ronni Lacroute sold the vineyard and property so as to retire after 25 years in the industry. While many of the original or early wineries have passed on to the next generation of family members, not all will do so.

Regardless of  what changes occur, it’s clear the Willamette Valley will continue to make outstanding wines. 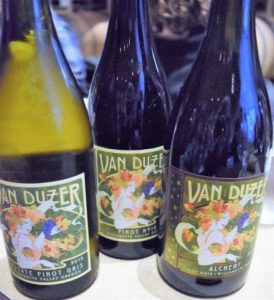 The Willamette Valley AVA includes six sub-regions: the Chehalem Mountains AVA, Dundee Hills AVA, Eola-Amity Hills AVA, McMinnville AVA, Ribbon Ridge AVA, and Yamhill-Carlton District AVA. Likely before the end of 2017, Willamette Valley will add a seventh—the Van Duzer AVA. Van Duzer Vineyards joined some of the other wineries in the area to petition for the designation of a separate sub-AVA based on the criteria necessary to the process. To be a separate AVA, you have to show how the geographical area is another microclimate, especially pertaining to climate, soil and elevation. The designation will increase recognition for Van Duzer, as well as other winemakers in area, including Firesteed, Left Coast, Eola Hills, Namasté, and Huntington Hill.

It’s All Comes Back to the Wine

Van Duzer’s owners, Carl and Marilynn Thoma, know that above all, winemaking is farming and change is constant. As illustrated by the difference in growing and harvest conditions in 2013 and 2016, each year means working with whatever happens and making the best effort to create the best wines.

Van Duzer is well-equipped to continue making some of the best wines in the Willamette Valley. 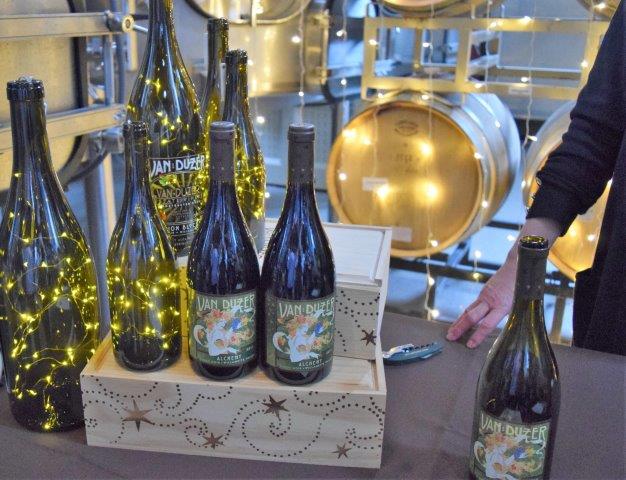