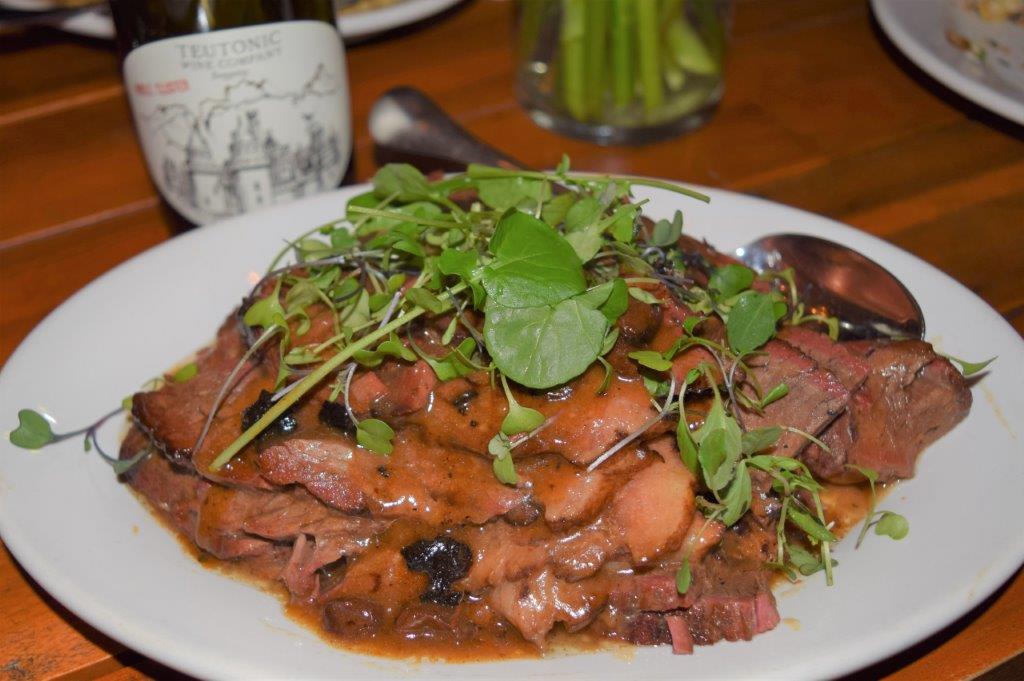 Chef Joey Gibson of Parallel Food and Drink says, “Sauerbraten is one of those dishes you can’t rush. Prepare yourself to marinate the meat for days and to be cooking all day. It’s great for holidays and family events because then you have a lot to keep you entertained. As long as you have patience, this should come out amazing.”

At a recent Parallel Food and Drink event, a pop-up dinner at Teutonic Wine Company, Gibson said, “I chose to make the sauerbrauten with brisket. However, other cuts meant to be braised will also work. Talk to your trusted butcher and see what works for you. Also, the pink salt will improve the quality of the braised meat, but it is optional for those who don’t want to use it. Ask your local butcher if they have it.”

This recipe is truly the best I’ve sauerbraten–and the best way to prepare brisket or pot roast that I’ve ever enjoyed. The fact that you can get this good a result from a less expensive cut of meat is all the better. Just fabulous!

Joey and Stacey Gibson both began their food, wine and hospitality careers in New York City, where they met. Joey had done his chef’s training in Atlanta and had been working for a few years in New York restaurants, including Tribeca Grill, Char No. 4, Colonie, and The Dutch. Stacey, a Sommelier, worked at Momofuku Ma Peche and Corkbuzz Wine Studio. The two moved to Portland in 2013, with their eyes set on living in another great food city, being in close proximity to wine country and starting a family. In Portland, both worked at Olympic Provisions. Once their daughter was born early in 2016, the couple decided to start a pop-up event business, which they say allows them to be creative and follow their passions while also raising their young daughter.

“The process of coming up with a menu is so much fun–mostly Joey and I talking over a bottle of wine after our daughter goes to sleep. Often a chef makes a menu and the sommelier pairs the wine. We tend to pick the wine first and then build the menu around it.”  Stacey continues her work as Wine Director and GM at the Woodsman Tavern, while Joey concentrates the cooking for their events, preparing the meal at a commercial kitchen and transporting everything the day-of to the meal-site.

Best of luck and continued success, Parallel Food and Drink.

Thanks so much, Chef Joey Gibson!

To Prepare the Sauerbraten: 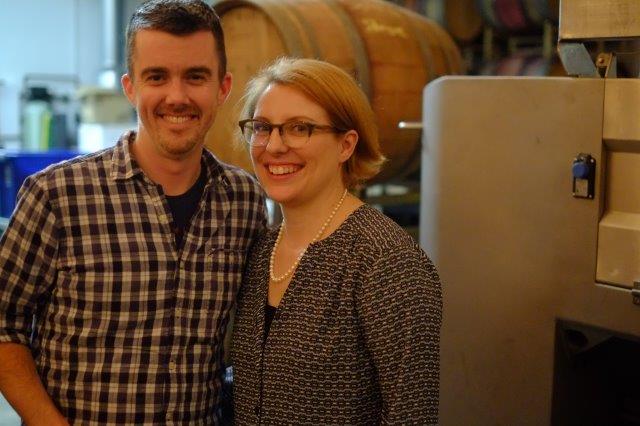 Joey and Stacey Gibson, of Parallel Food and Drink.

How to Enjoy Coffee Around the World