Eating Your Way Through New Orleans 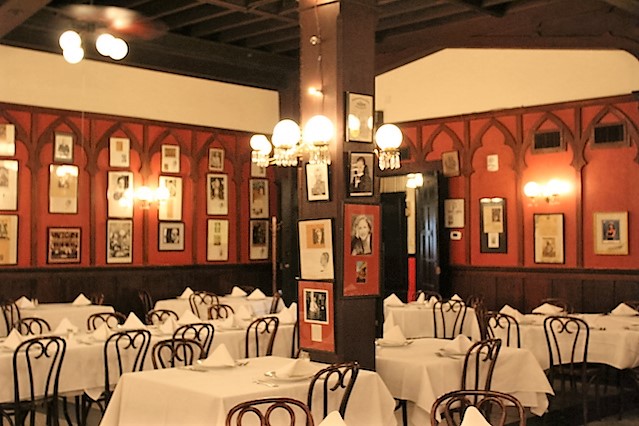 Known for its magnificent food, culled from its rich Cajun and Creole heritage there is no place like New Orleans in the world. And here are few examples of the incredible culinary offerings you can find. 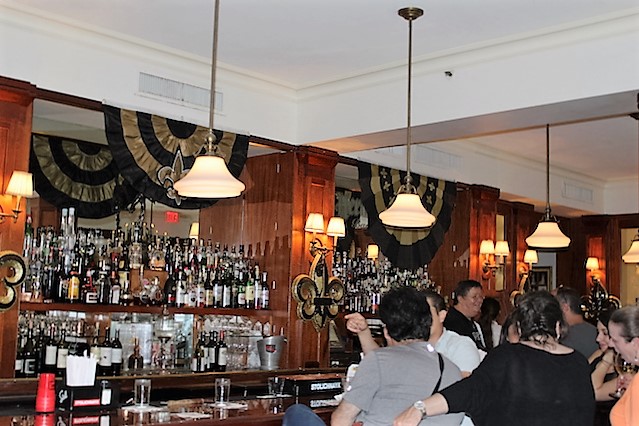 Enjoy a cocktail in Antoine’s lounge, the Hermes Bar.

Antoine’s is the Grand Dame of New Orleans restaurants. Presidents, heads of state, and celebrities galore have dined here since its opening in 1840. When dining at Antoine’s you will have your pick of their fourteen dining rooms, each with a distinct vibe and personality. 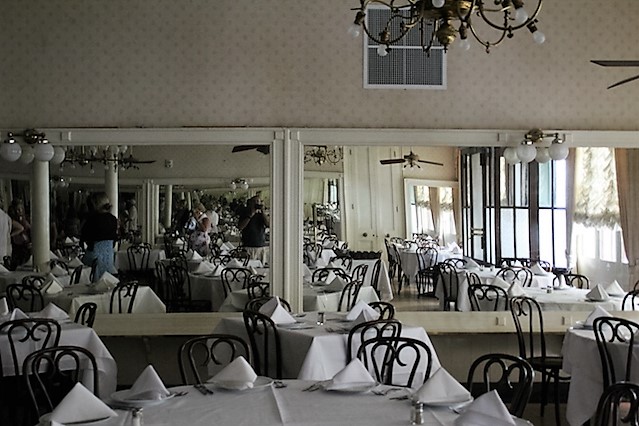 The main dining room at Antoine’s Restaurant, a venerable institution since 1840.

Understated elegance permeates Antoine’s. The wait staff is attentive but not perching over you.  Oysters Rockefeller, concocted in 1889 by Jules Alciatore, is their signature dish.  The sauce is flavorful, the oysters plump and scrumptious.  Bread Pudding, another standout dish, is filled with delicious pecans. Traditionally made with a whiskey hard sauce, Antoine’s uses a rum sauce.  This sauce enhances the flavors of the bread pudding, bringing out a subtle cinnamon taste. 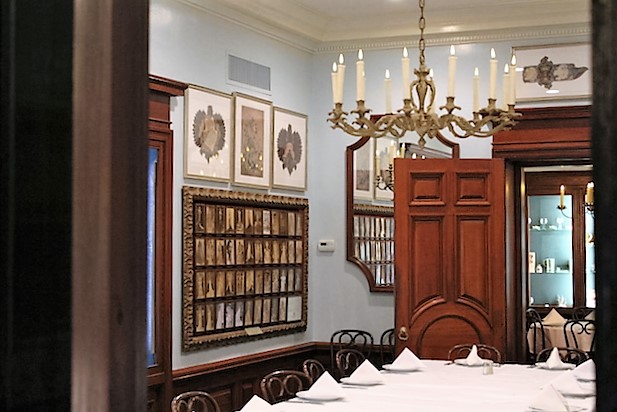 Both the history and decor is rich at Antoine’s Restaurant.

The restaurant will offer tours, if your waiter has time and if you ask them. They really know the history of the restaurant!  Those tours are free, though if having a tour, tipping generously helps.

Housed in an old 19th Century building, Redfish Grill exudes a vibrant feel.  The most striking feature is the exposed brick wall with the logo mural. 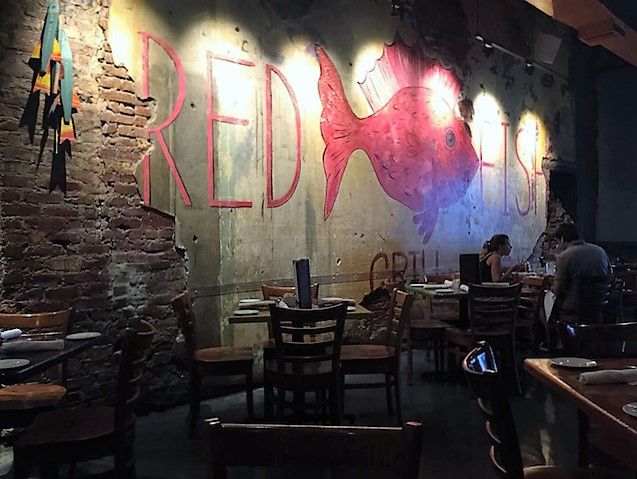 When in New Orleans you must try the Pimm’s Cup cocktail, one of Redfish Grill’s signature cocktails. For an authentic taste of New Orleans Cajun style cooking, we chose Gumbo, Alligator Boudin Balls, and BBQ Oysters. 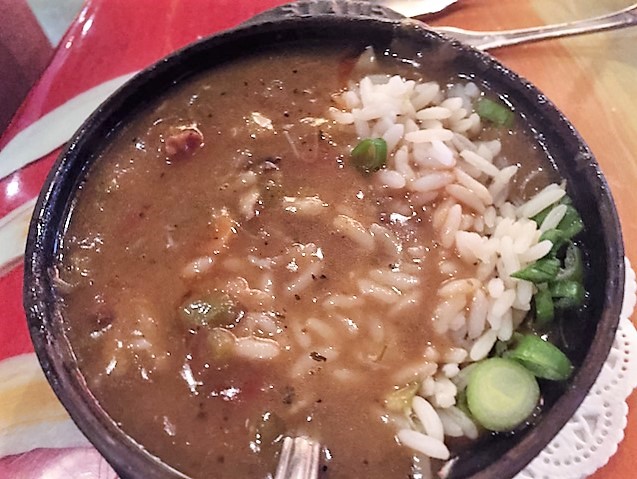 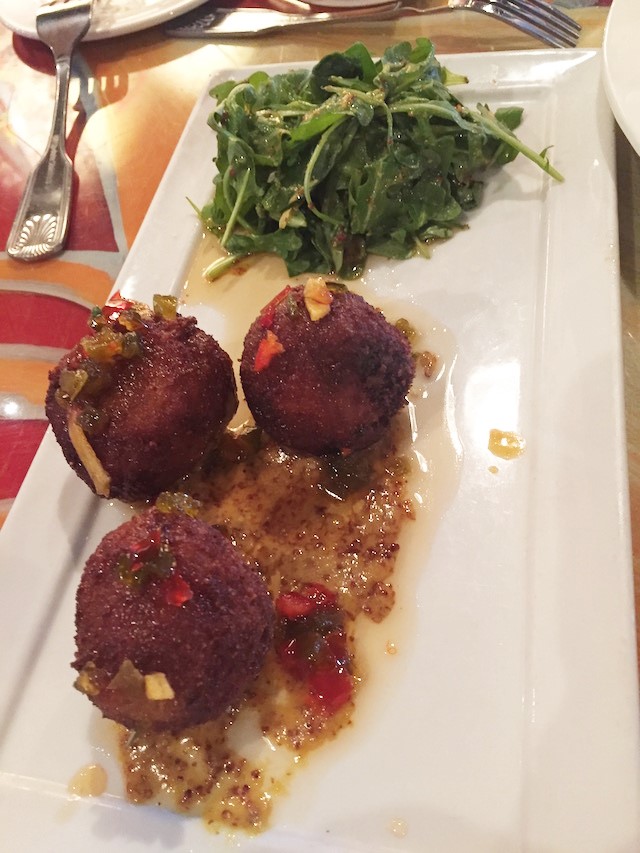 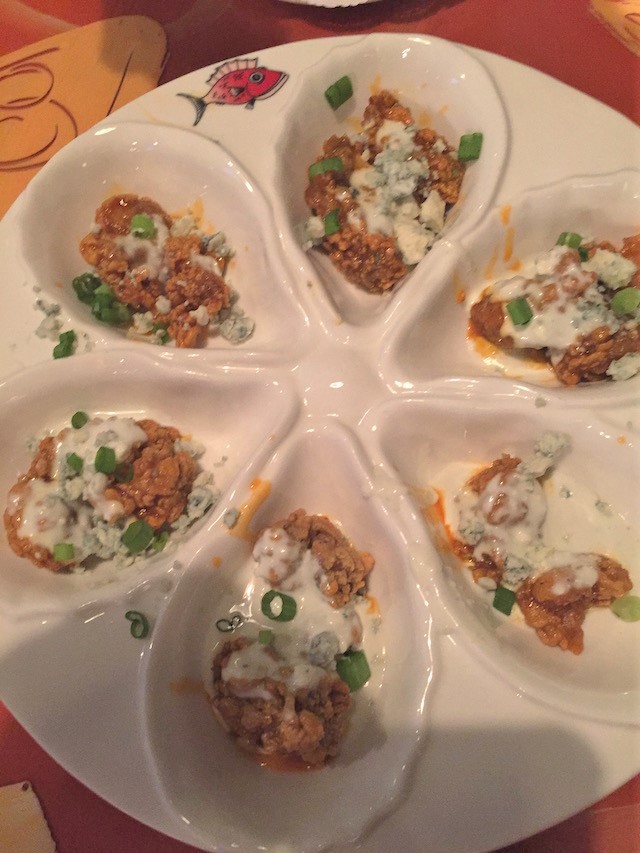 The gumbo was rich, dark and flavorful, and some of the best in New Orleans.  But the BBQ Oysters are the star of the evening.  Created by flash frying the oysters and topping them with a Crystal BBQ sauce and blue cheese, this is the signature dish of Redfish Grill.  Tangy and flavorful but not overly spicy, this dish is a delight to devour.  We are still craving this tasty dish!

Opened in 1979 Mr. B’s is a venerable contender with its’ Zagat rating and James Beard Foundation endorsement. Casual is the operative word for Mr. B’s. A special touch is the white tablecloths adorning each table top and creating a charmingly upscale atmosphere. 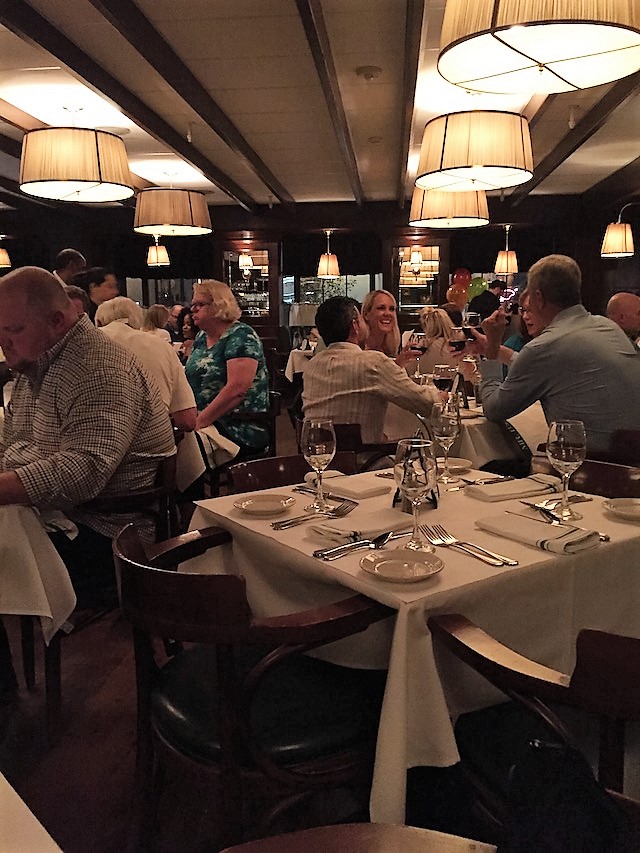 The dining room at Mr. B’s Bistro. on Royal Street.

Mr. B’s is known for their vibrant food selections. One of their signature dishes, Mr. B’s Barbecued Shrimp, is made with plump Gulf shrimp served in the shell with a peppery butter sauce.  This dish is delectable. The butter sauce draws out the flavor of the shrimp bite by bite. It is evident in the dishes offered and the unique preparation that Mr. B’s is staying true to the rich Cajun and Creole heritage of Louisiana. 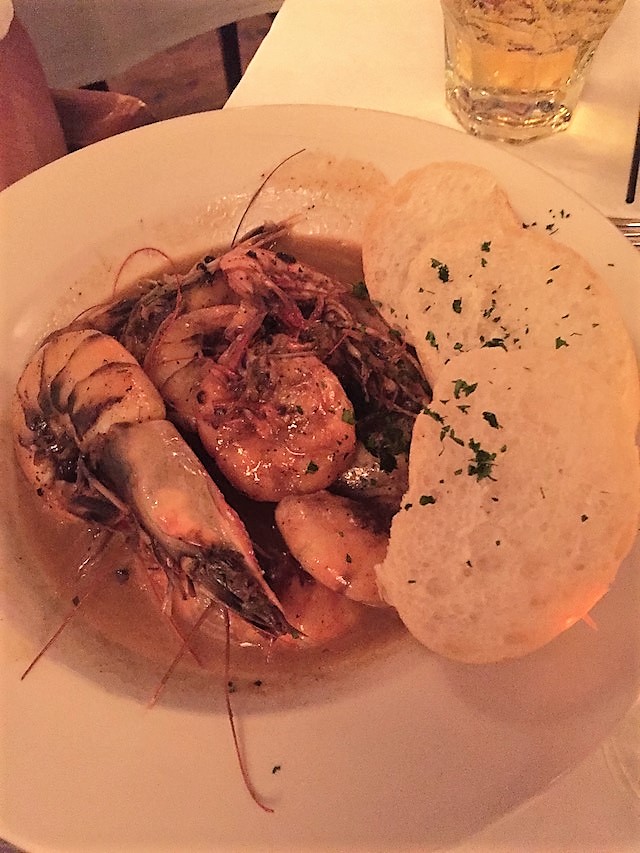 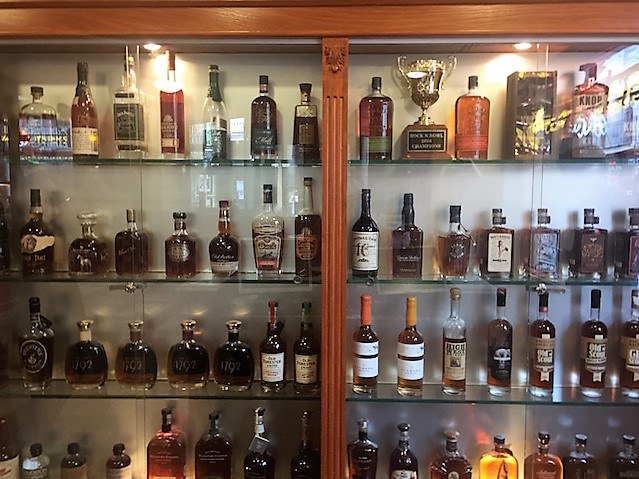 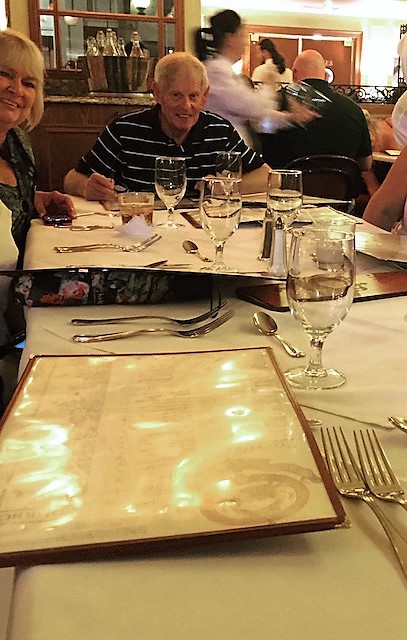 Oysters are the natural choice at Bourbon House.  It’s hard to choose which dish to try; Oysters on the half shell, Oysters topped with Cajun Caviar or Charbroiled Oysters topped with a Creole Bordelaise butter. Truthfully I tried all three as I am an oyster lover. My favorite is the Charbroiled Oysters. Succulent oysters are flash fried and then topped with a flavorful Creole butter sauce. This tasty dish is mouth-watering good.

– All photos by Betsi Hill.

Betsi Hill is a freelance writer and travel blogger. She is an adventurer and sailor, and is always on the hunt for the perfect beach. As the founder and editor of Betsi’s World https://www.betsiworld.com, she shares her passion for travel, sailing, culture, and food.

Oregon Berries: The Business Behind the Big Flavor

New Orleans is known for delicious food and these places are some of my favorites! Really enjoyed the article and the new insights about Antoine’s. I’ll have to ask for a tour the next time I’m in the Big Easy!

So glad you liked Betsy’s recommendations, Gwyn. We’d love to hear additional favorites of yours!