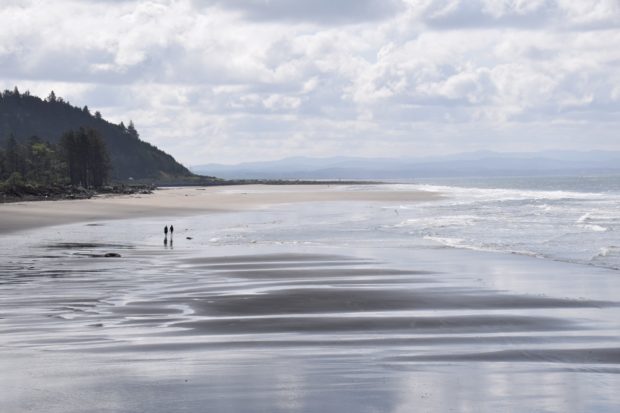 At the Bar, Food & Drink, Northwest, On The Town, Staying There, U.S., U.S. Destinations 0

There’s always something new to discover on Washington State’s beautiful and expansive Pacific coastline. North Pacific County, in the southwest corner of the state, includes Pacific Ocean and Willapa Bay coastline, as well as the 20-mile long Willapa River riverfront, and all the bounty they offer. My recent visit was just the road trip I needed. Here’s how to spend a couple days in the towns of Raymond, Tokeland, and South Bend. 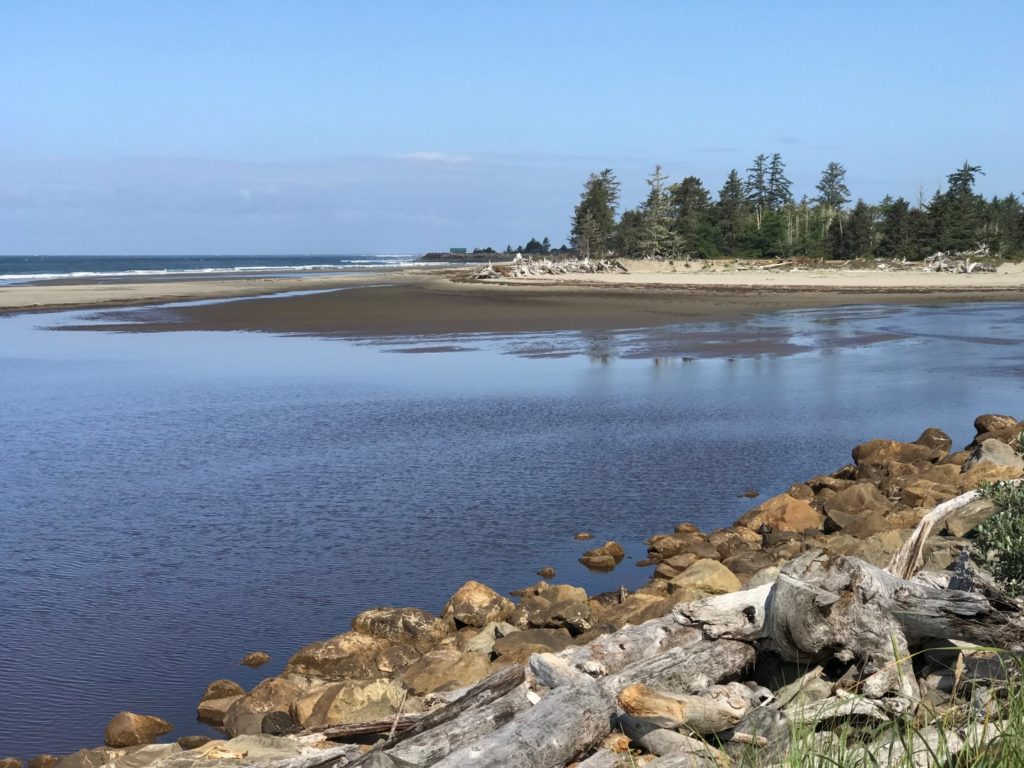 Base your stay at the Tokeland Hotel. This historic inn first opened in 1885, making it Washington’s first and oldest hotel. In 2018, the hotel caught the eye of Seattle chef, restaurateur, cookbook and storybook author Heather Earnhardt and Zac Young, a general contractor. The couple and their children have made Tokeland their home. 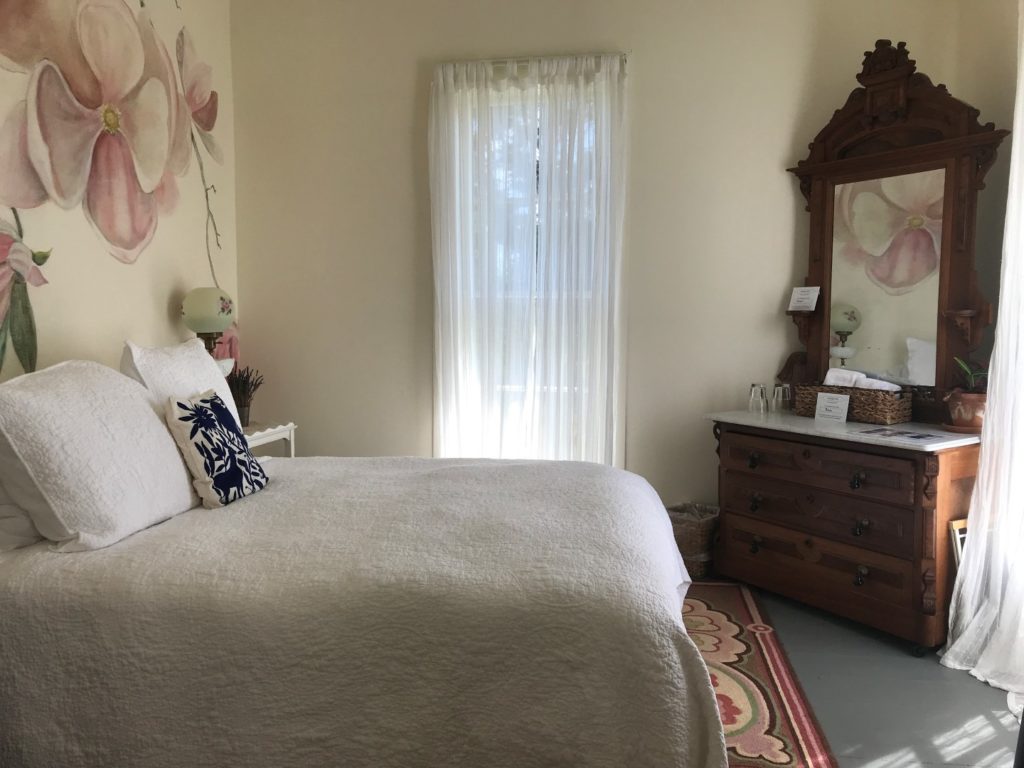 A room at the Tokeland Hotel (Photo Nancy Zaffaro)

You won’t find fast food chains and streets lined with gift stores. Businesses here are primarily locally owned and many are family-run. The economy has long been focused on the fishing and logging industries. But that’s changing and many new businesses have been established, catering to both the needs of locals and to tourists. 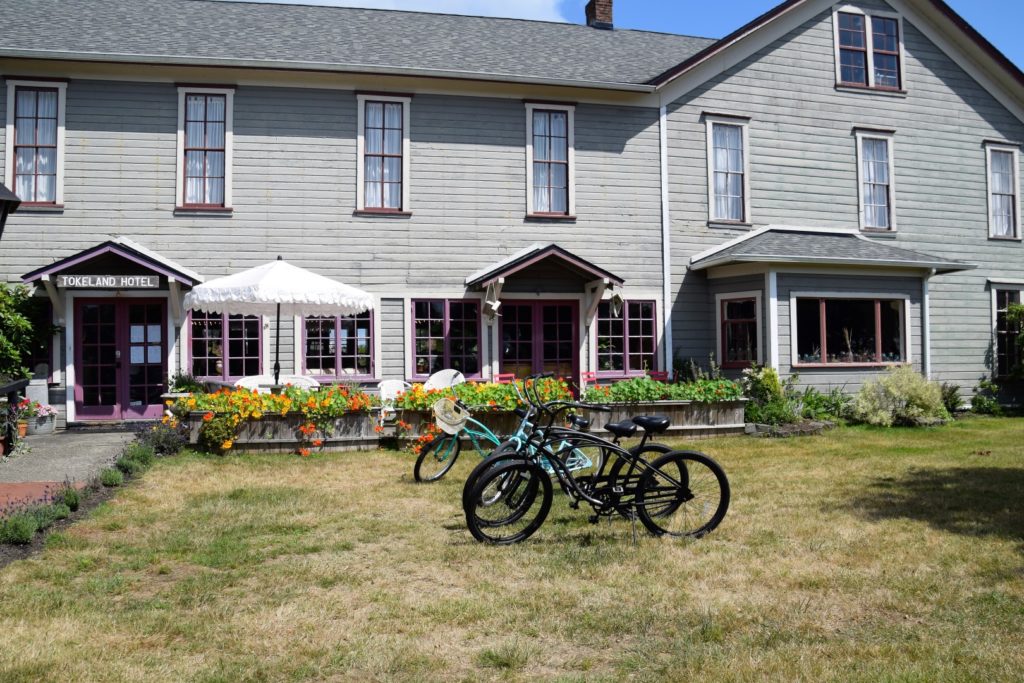 During your stay at the Tokeland Hotel, explore the towns of Tokeland, South Bend and Raymond.

Just off Riverfront Park in downtown Raymond, Willapa Paddle Adventures offers guided tours, or kayak, canoe and SUP rentals. Explore the Willapa River and learn some of the history of this area built by the logging and fishing industries. Landlubbers can also rent cruiser bikes.

Owned and run by dynamo Baylee Countryman, a Raymond native, she started her company in 2015 when she was only 17 years old, while still in high school, taking college classes and also working as a barista. Call for hours, as they can vary, but they’ll always do their best to accommodate you. 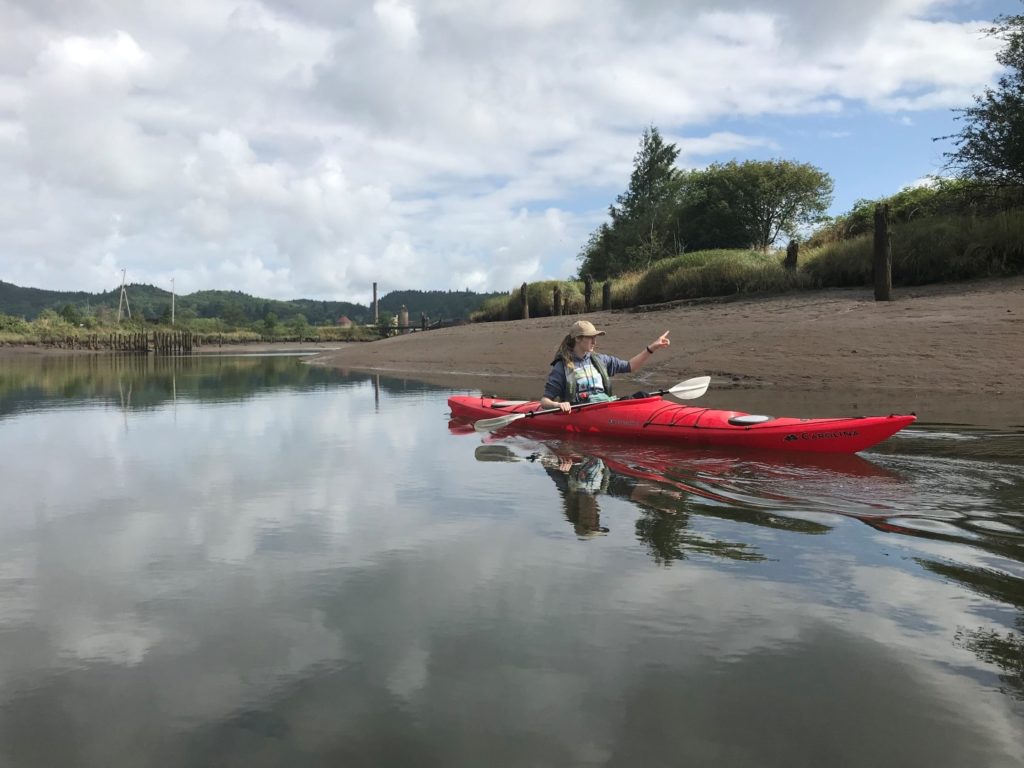 Car people, movie buffs, history buffs, techie nerds, families, and everyone else — there’s so much to enjoy at the Northwest Carriage Museum in Raymond. The ever-growing collection of 19th century carriages in this museum is truly unique and a cut above of what you may expect to find in a small town museum. (And it’s just across the street from Willapa Paddle Adventures.) 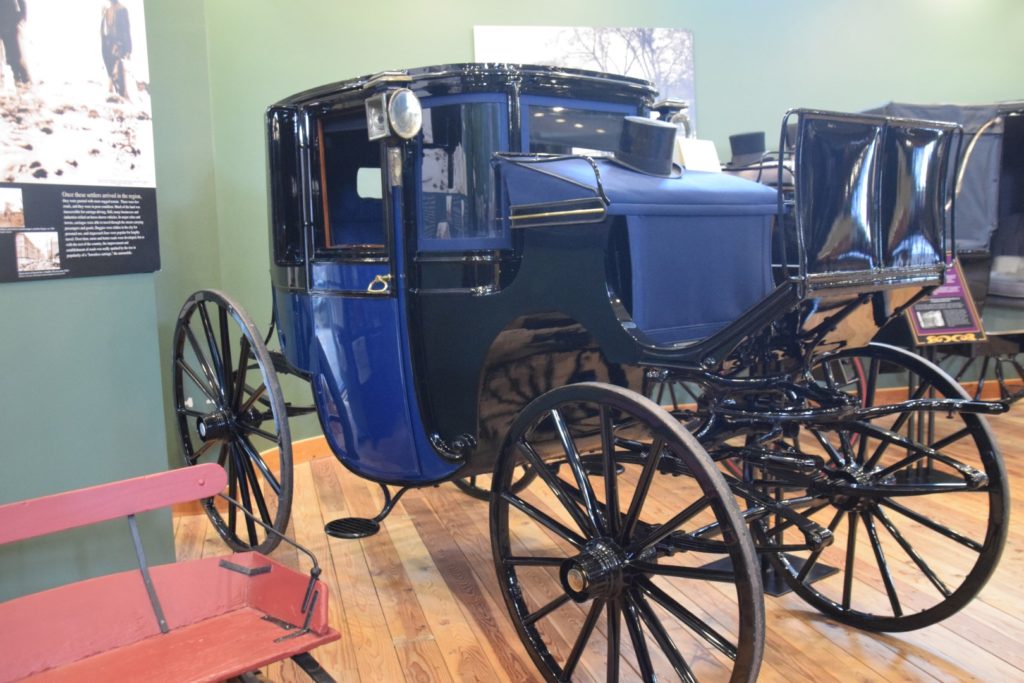 Nelson Crab and the Marina in Tokeland 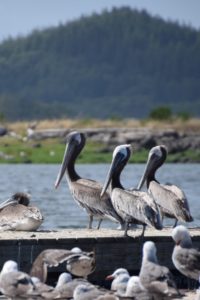 Did you remember to bring your cooler? Hope so, because Nelson Crab, located just blocks from the Tokeland Hotel at the Port of Willapa Harbor’s Marina in Tokeland, is the place to pick-up picnic items or to bring some of that fresh Northwest Seafood home. There are also other local specialty foods, kitchenware, crafts, and other gifts items for sale. Dine in at the deli; or just relax and look out over the marina with a cup of coffee. 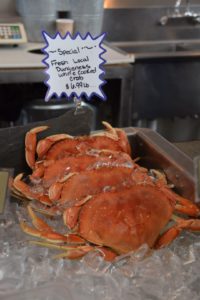 The marina is a good place to crab off the dock; pick up a license and gear at one of the best general hardware stores out there, Dennis Company, in Raymond. (Yes, exploring cool local hardware stores is actually a great tourist activity for some of us!) 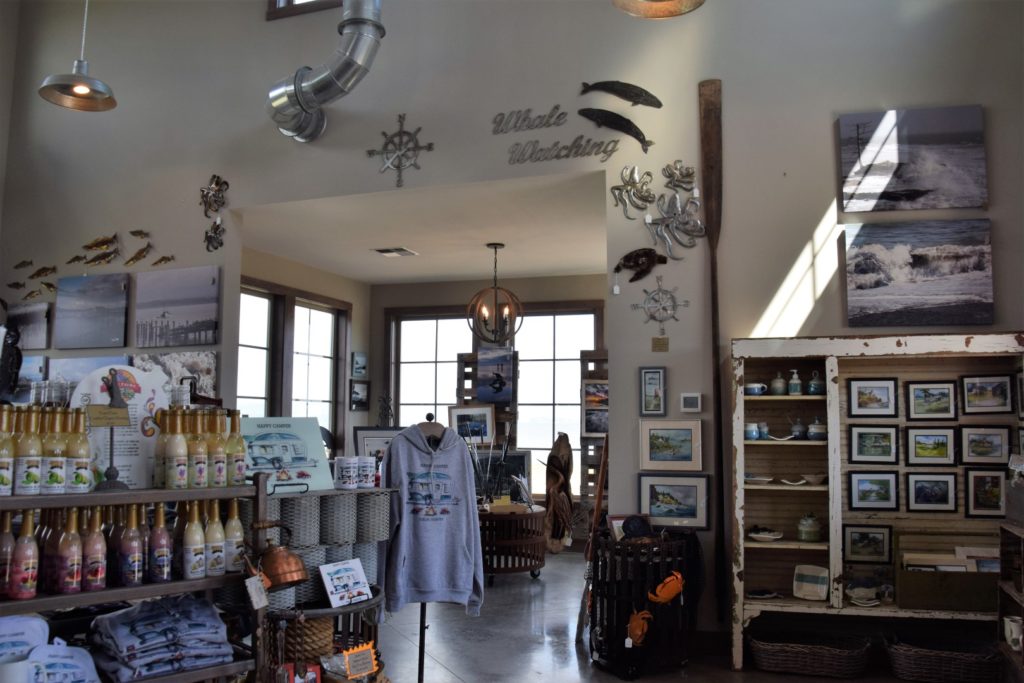 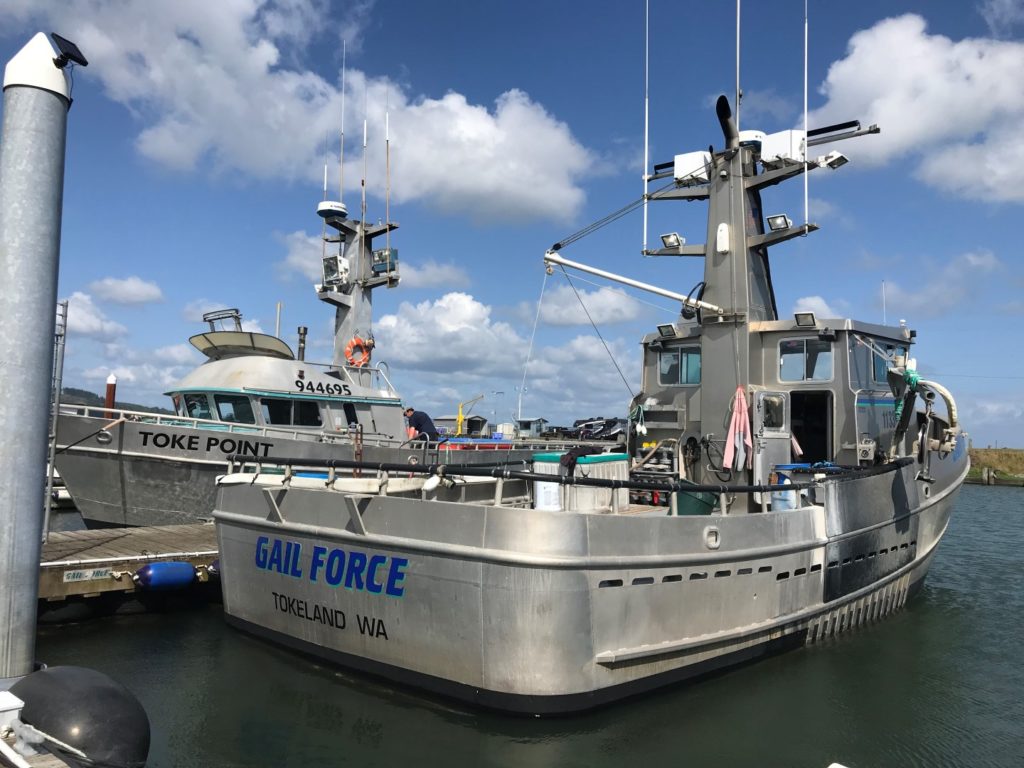 You can’t miss noticing the great number of steel sculptures in Raymond and the surrounding area. There are more than 200 of these pieces, and they’re a great illustration of the revitalization going on. 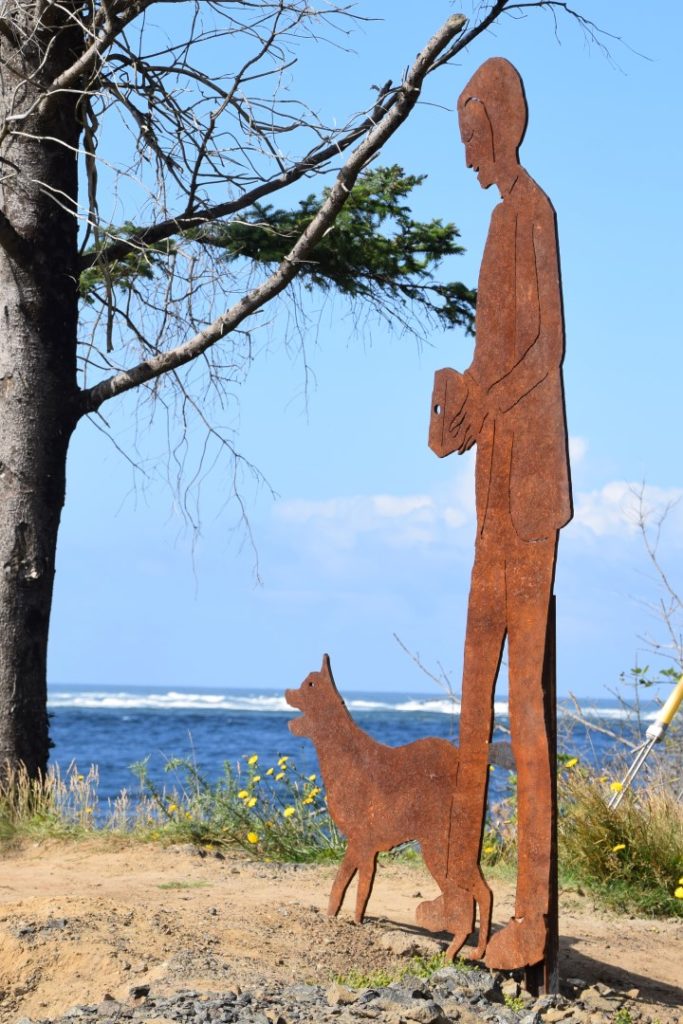 Drive the Coast and Walk the Beach 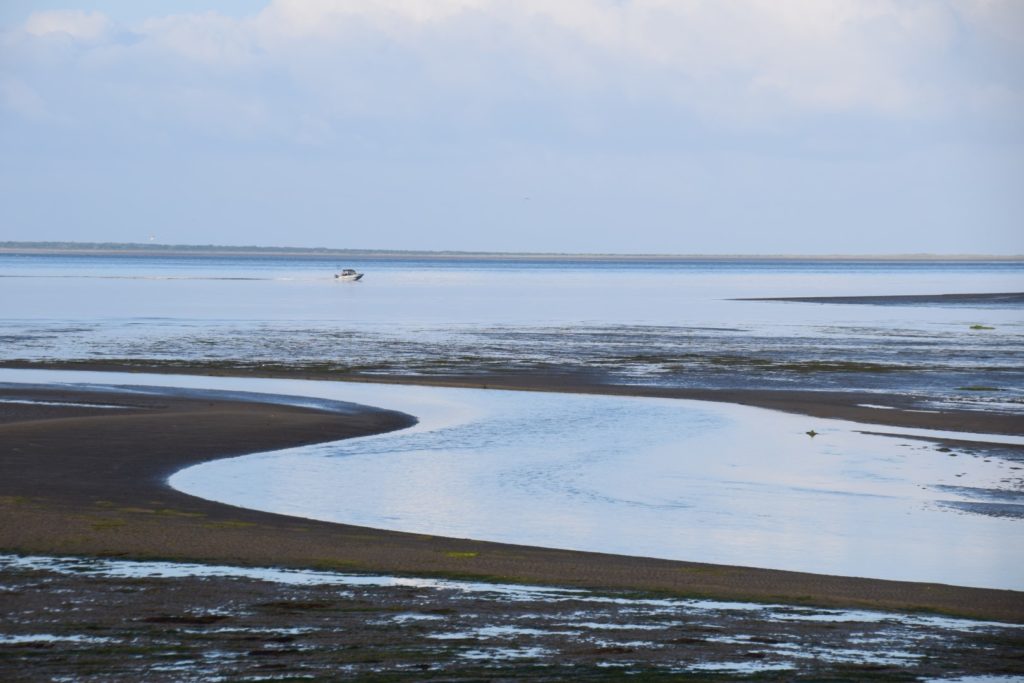 Food and Drink in Raymond 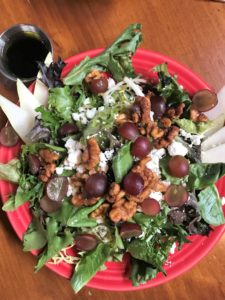 There are some great stops to be had for food and drink as you explore Raymond.

In downtown Raymond, stop at Pitchwood Alehouse. This pub offers 19 taps, and a full bar for cocktails, as well as big burgers, sandwiches, pizza, and salads. There’s often live music, and they also run the Pitchwood Inn next door.

Wild Man Brewing Company was started by three local friends, Ryan Porter, Cristian Dumitrescu and Grant Forrest, who decided to take their hobbies a step further. Their goal, besides making great beer, cider and mead (honey wine) was to create a family-friendly place in downtown Raymond to gather for food and drink. 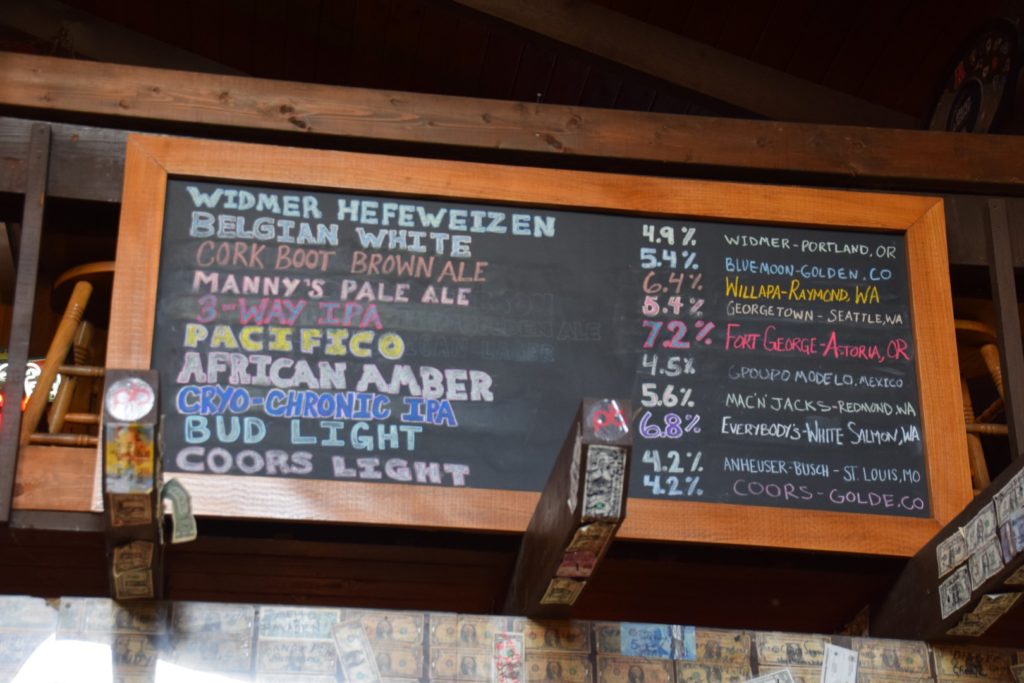 Pitchwood Alehouse (pictured) and Wildman Brewing have a lot of options to quench your thirst. 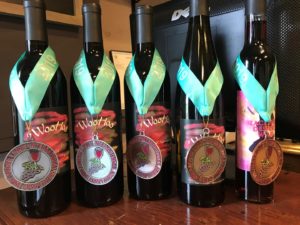 The maritime air and cool temps present a challenge for growing grapes, but that hasn’t stopped Mike and Donna Franks of Woohoo Winery. Mike had been making wine and since 2001 from their Eastern Washington property, but they made the move to Mike’s 55-acre family farm in rural Raymond that’s been in the family since the 1920’s. He’s still sourcing much of their grapes, but their vineyard is also growing grapes that are thriving in his new terroir. They make everything from a Rattlesnake Hills Cab to sangria to a Port-style blackberry wine. This couple keeps the fun (WooHoo!) in making and enjoying good wine. Call ahead for tasting room hours at both their Raymond and their Leavenworth, Washington tasting rooms. 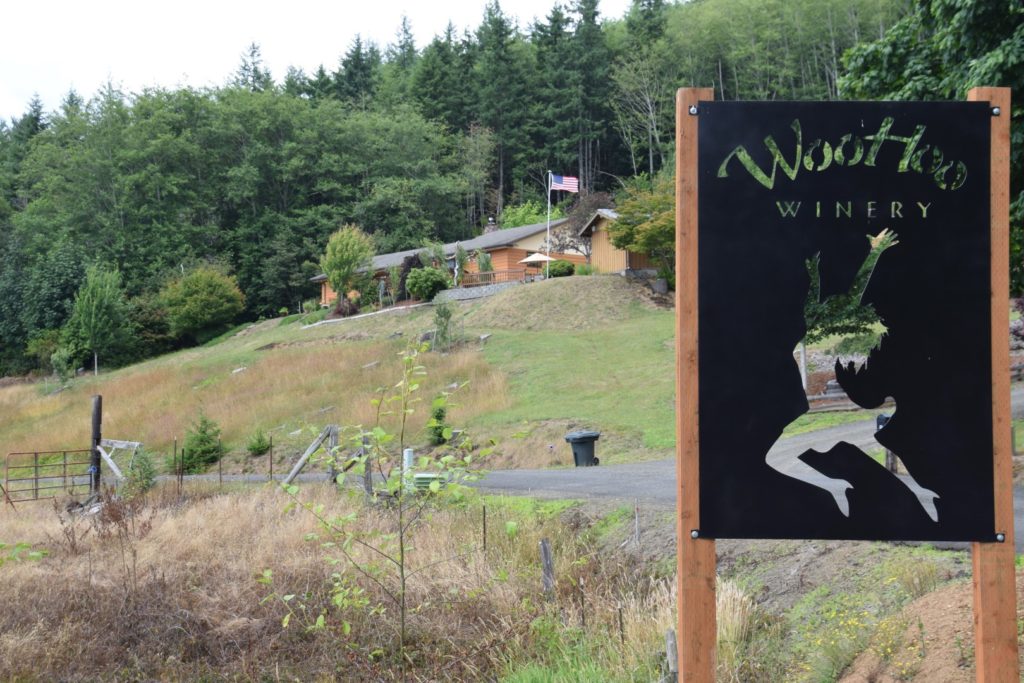 Food and Drink in South Bend 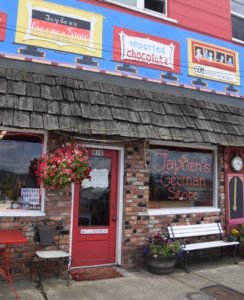 International grocers with products from anywhere in the world are always a favorite find of mine. Don’t miss a stop to Jayden’s German Store. East Berlin native Joelle Springer switched careers and has opened an import grocery that carries a lot of the culinary goodness and housewares from German. Her eat-in or take-out deli counter has a full menu of sausage sandwiches, soups and other German delicacies and comfort foods. 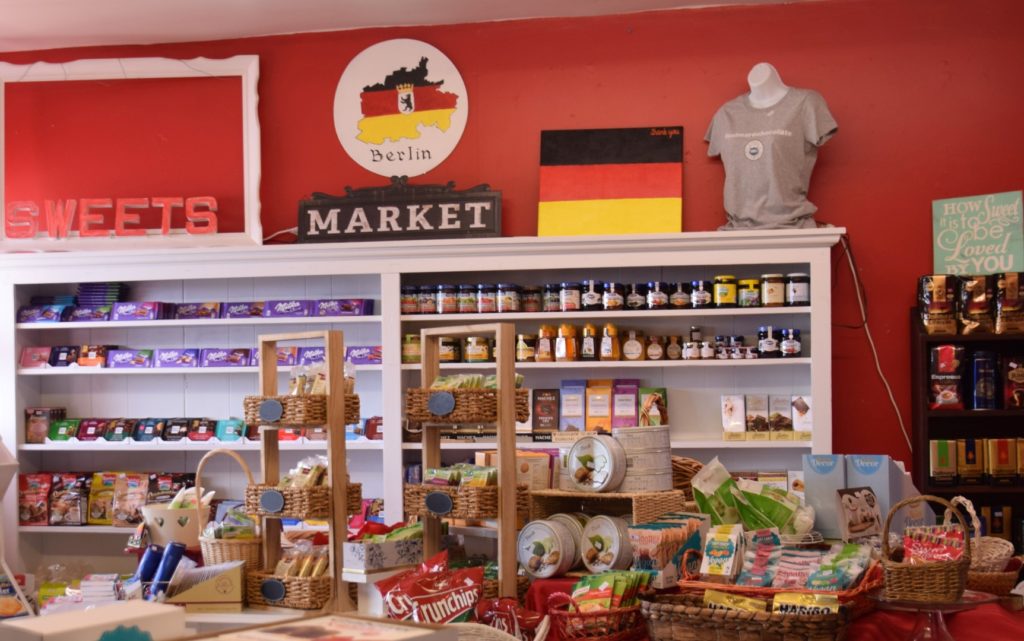 Don’t miss the German far and cute deli, but there is also plenty to take home at Joelle Springer’s store 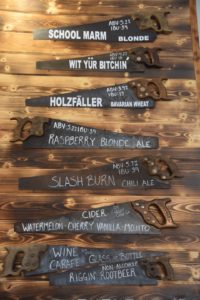 Willapa Brewing Company’s Kevin and Cathey McMurray offer 27 beer and cider taps at their brand new South Bend brewery. They’ve been making beer for 25 years at their property 13 miles away, but have just opened, along with other family members and apprentices, their new brew pub. There’s a great outdoor patio; indoors and out, the decor riffs on the town’s logging industry. The pizzas coming out of the wood-fired pizza oven all look fabulous. Kids and those who prefer to keep it non-alcoholic will love their house-brewed root beer. 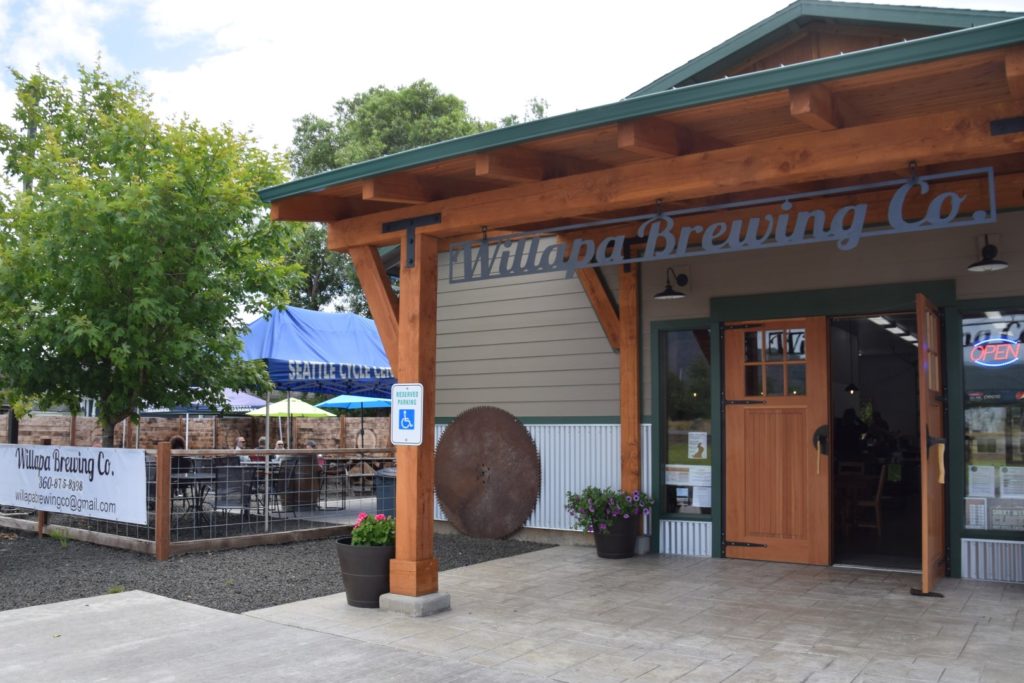 -All photos by Nancy Zaffaro. Cover photo depicts the beach at North Cove.