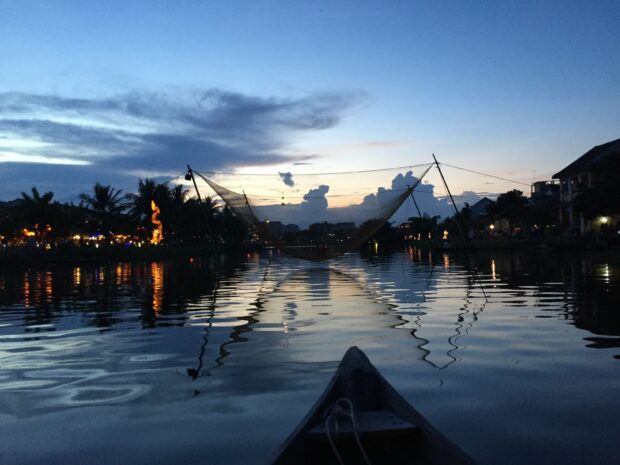 Get to Know Hoi An, Vietnam

Some places carry with them an aura of historical significance and Hoi An is definitely one of them. Located in the coastal area of Vietnam, Hoi An was popular for the spice trade among the Japanese, Chinese, Dutch, and Indian merchants. This little lovely town has been recognized by the UNESCO World Heritage owing to its amazing display of cultural fusion and a long history of a significant International port of Asia.

Hoi An offer so much to explore, be it its old town and cultural manifestations, or the adrenaline rushing water sports. Hoi An qualifies all the reasons to be on your bucket list, no matter if you are a history buff or carry an adventurous soul. (You’ll also see Hoi An spelling as Hoi Anh.) 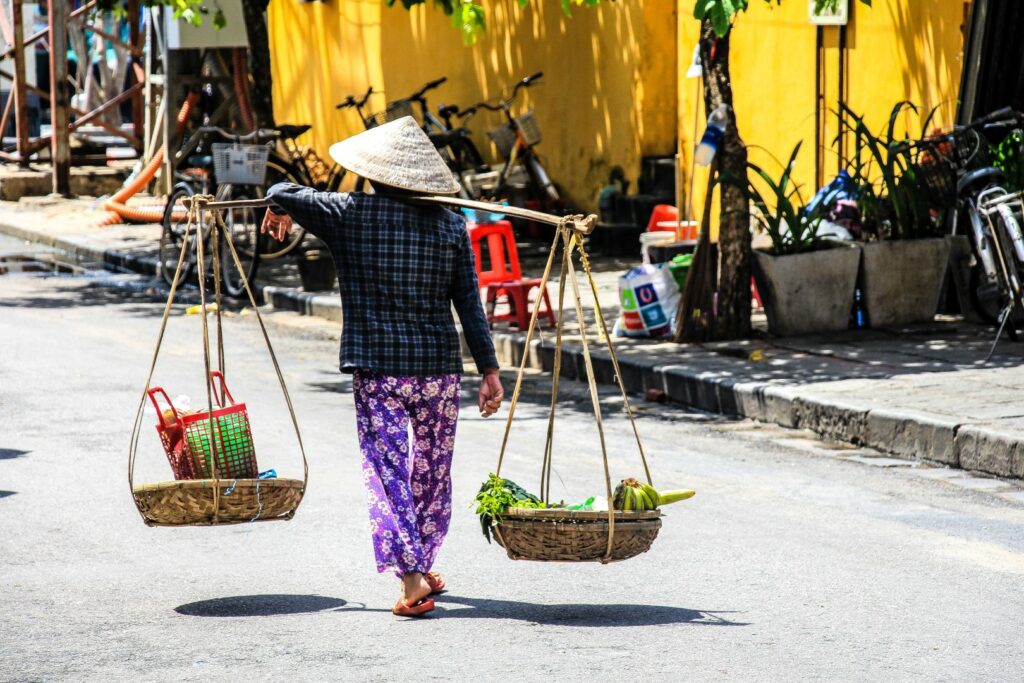 Photo by René DeAnda on Unsplash

So, are you ready to accompany us on this electrifying journey? Let’s pack the bags and roll in to start our exploration with the historical Old Town.

The architectural side of Hoi An can be best experienced by visiting the Old Town. Buildings with timber frames, and decorated with intricate motifs are dotted across the narrow alleyways in a series of unbroken rows.

The street plan was devised when the town gained the status of a port. It comprises one axis parallel and the other axis perpendicular to the port. The ease of customer access and the supply of goods to and from the port were kept in mind while laying out the plan. 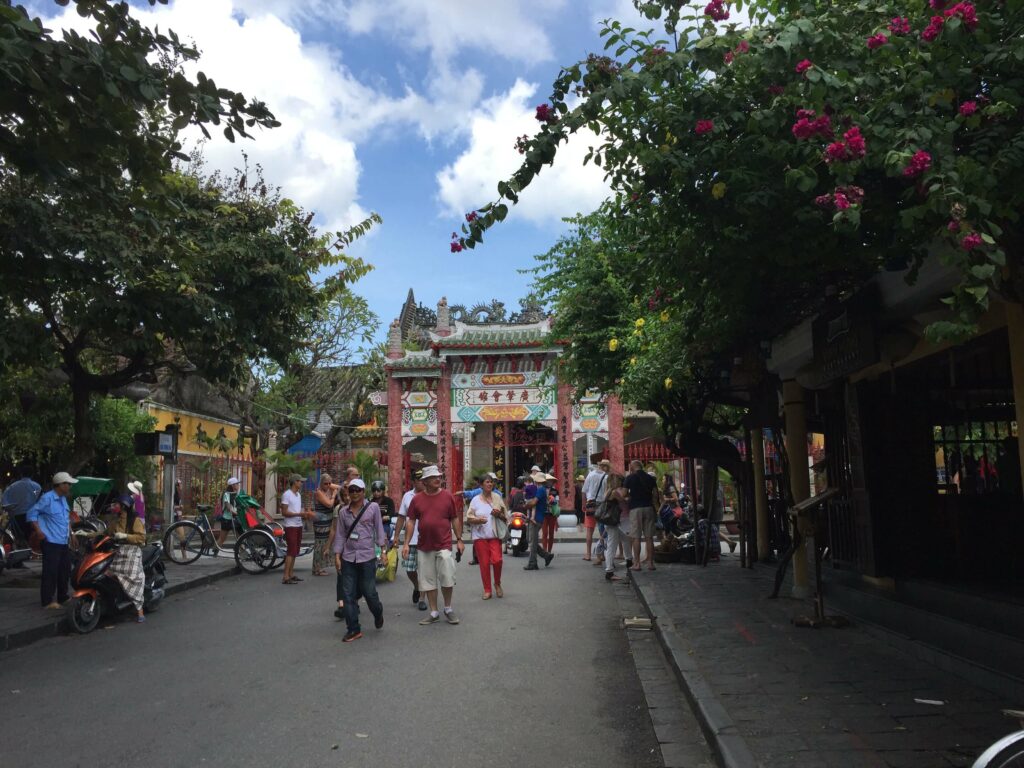 Roaming Around in Hoi An

The old town is not all about the impressive architecture but there are some city sightings too to add to your travel bucket. Enjoy a stroll by the waterfront by enjoying a cup of the tree from a series of cafes and restaurants dotted across the bank in ancient colonial style.

A boat trip at night with the surroundings dipped in the luminescence of Chinese lanterns need not be missed when in the old town. The waterfront instantly reminds one of Mekong Delta which is equally exciting and captivating. A boat trip paddling across water paths snaking through the bewildering surroundings can be your next exciting trip in Vietnam.

Four museums are in Hoi An to manifest the multi-cultural history of the town. Do not miss out on the Museum of Hoi An culture and history, museum of folk culture, Museum of Sa Huynh culture, and lastly Museum of Trade Ceramics. A temple called Assembly Hall of Cantonese Chinese Congregation is an enchanting setting of a small courtyard with dragon and carp statue and is worth exploring. 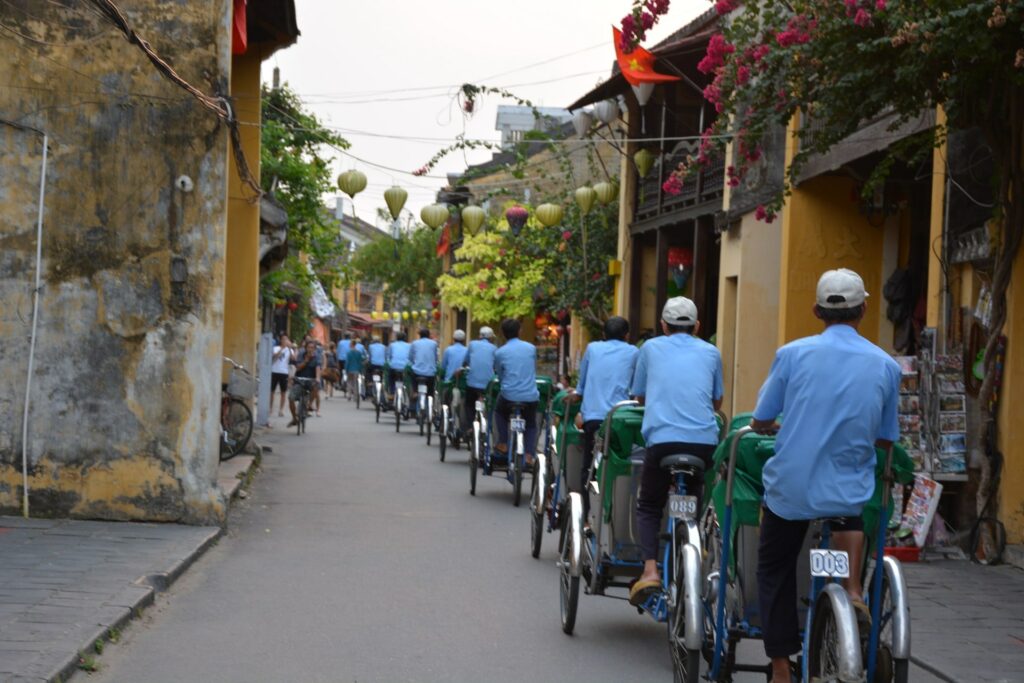 (Photo by Sandip Roy on Unsplash.com)

China and Japan were actively involved in the trade through the Hoi An port in the 16th and 17th century. Japanese covered bridge is an effort by the Japanese government to link the Hoi An town to Chinese quarters. The original architecture includes sculptures of a pair of monkeys at one end and a pair of dogs at the other end. This is often considered as a tribute to starting and ending years of bridge’s construction because of the Chinese year system.

Many renovations have been observed by different merchants and the French colonels during the 19th and the 20th century. A temple located by the Northern side of the bridge is also the result of renovation activity. Till today, it remains one of the top attractions for travelers and is an iconic symbol of an economically significant era. 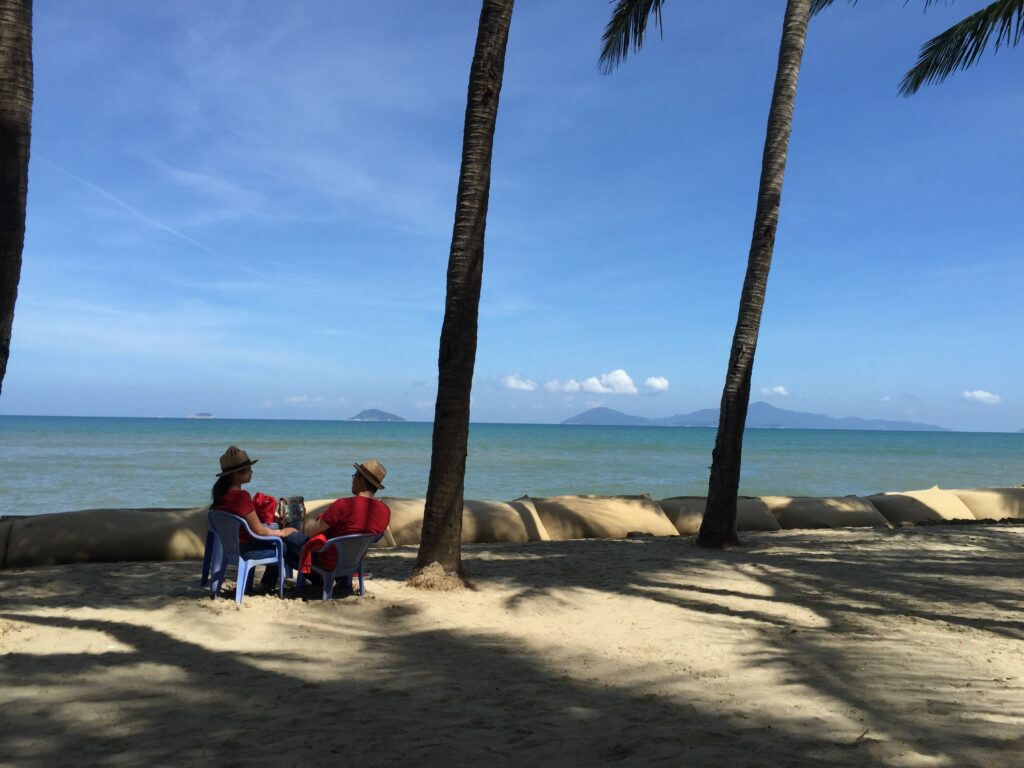 Located only a km away from Old Town, Hoi An Silk Village is a one-shot treat of a spa, resort, restaurants, silk garments, and mulberry gardens. Here you will get to explore an endless display of suits, dresses, jackets, and other wearing apparels that are coming straight out of the looms of experienced artisans. A museum is also located nearby to relish the traditional costumes of 54 Vietnamese ethnicities.

A trip through the mulberry gardens let you harvest mulberry leaves, feeding the fragile silkworms, and experiencing an authentic manifestation of different types of silks. Cooking classes, spa services, and feasting the delicious Vietnamese cuisine at the restaurants are the relishing treats of a trip to Hoi An Silk Village. 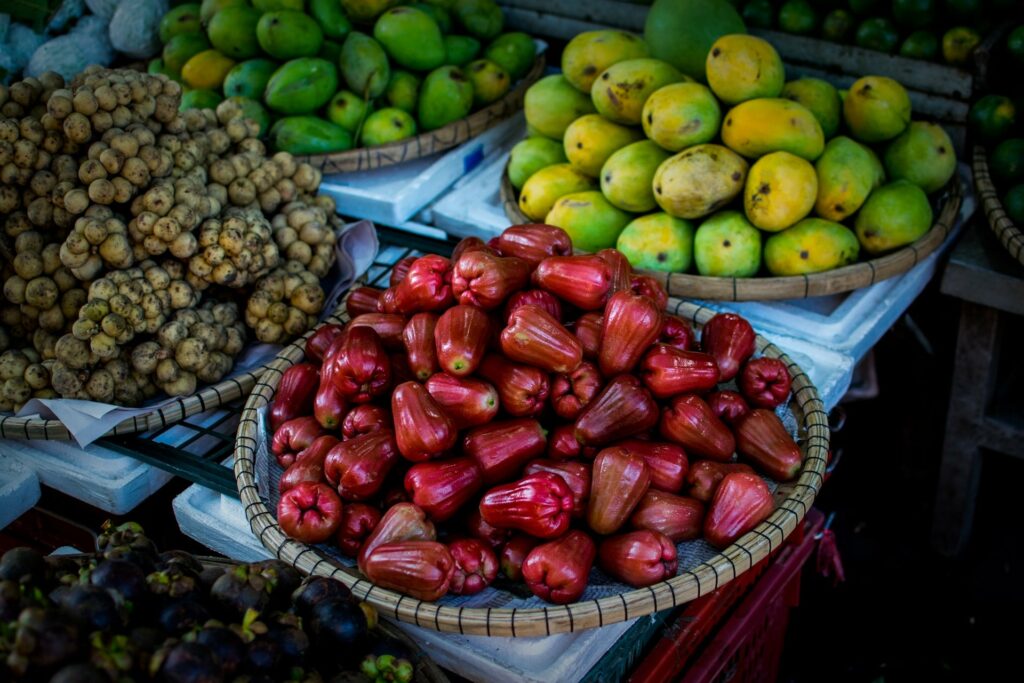 (Photo by Ivan Bajalovic on Unsplash.com

The multi-cultural history of Hoi An left a long-lasting impact on its cuisine too. Unique ingredients from all around the world and the fusion of recipes put forwarded the complex yet enticing Vietnamese cuisine. A food tour is offered by The Original taste of Hoi An in Vietnam which let the visitors taste up to 40 unique foods and beverages along with informative food tours through local markets and vendors.

The list of must-eats is endless. Banh Mi Thap Cam (Baguette Sandwich) with meat and vegetable fillings and a French cuisine stamp spice up your food hankerings. Cao Lau or the Pork rice noodles stirred with native spices and served with unique noodles (made from calcium-rich water from local wells) treat your taste buds with endless craving.

Hoi An is definitely one of them. Again, it’s location in coastal Vietnam, Hoi An was historically popular for the spice trade among the Japanese, Chinese, Dutch, and Indian merchants. With a visit to Hao An, you’ll be exposed to all these influences as well as Vietnamese hospitality. 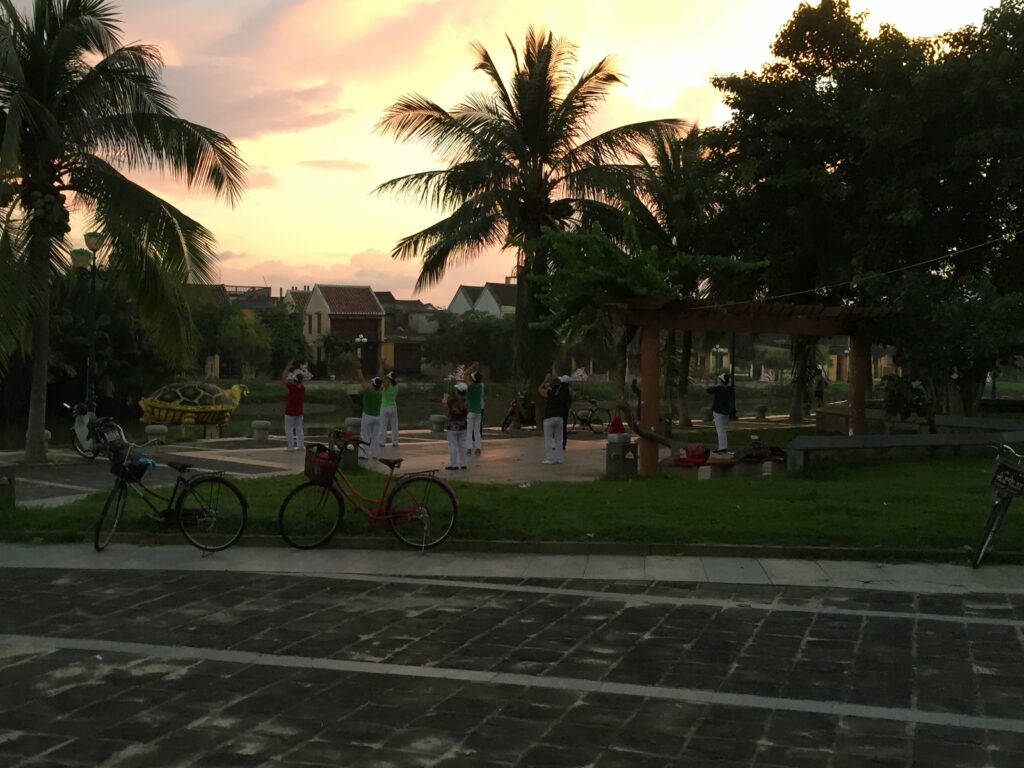 -All photos as credited. Cover photo by Karem Hossen.

Karem is a globetrotter, he has been traveling around the world since 2012. He has visited 30 countries in Europe, Asia, Africa, North and South America. He loves hiking and exploring places outside the cities and enjoys living like a local wherever he goes. On top of that, Karem is a blogger, project manager and music lover. He considers himself a lifelong learner and keeps improving his skills at each new opportunity.