Maryhill Museum of Art: An Eclectic Art Museum in the Columbia Gorge 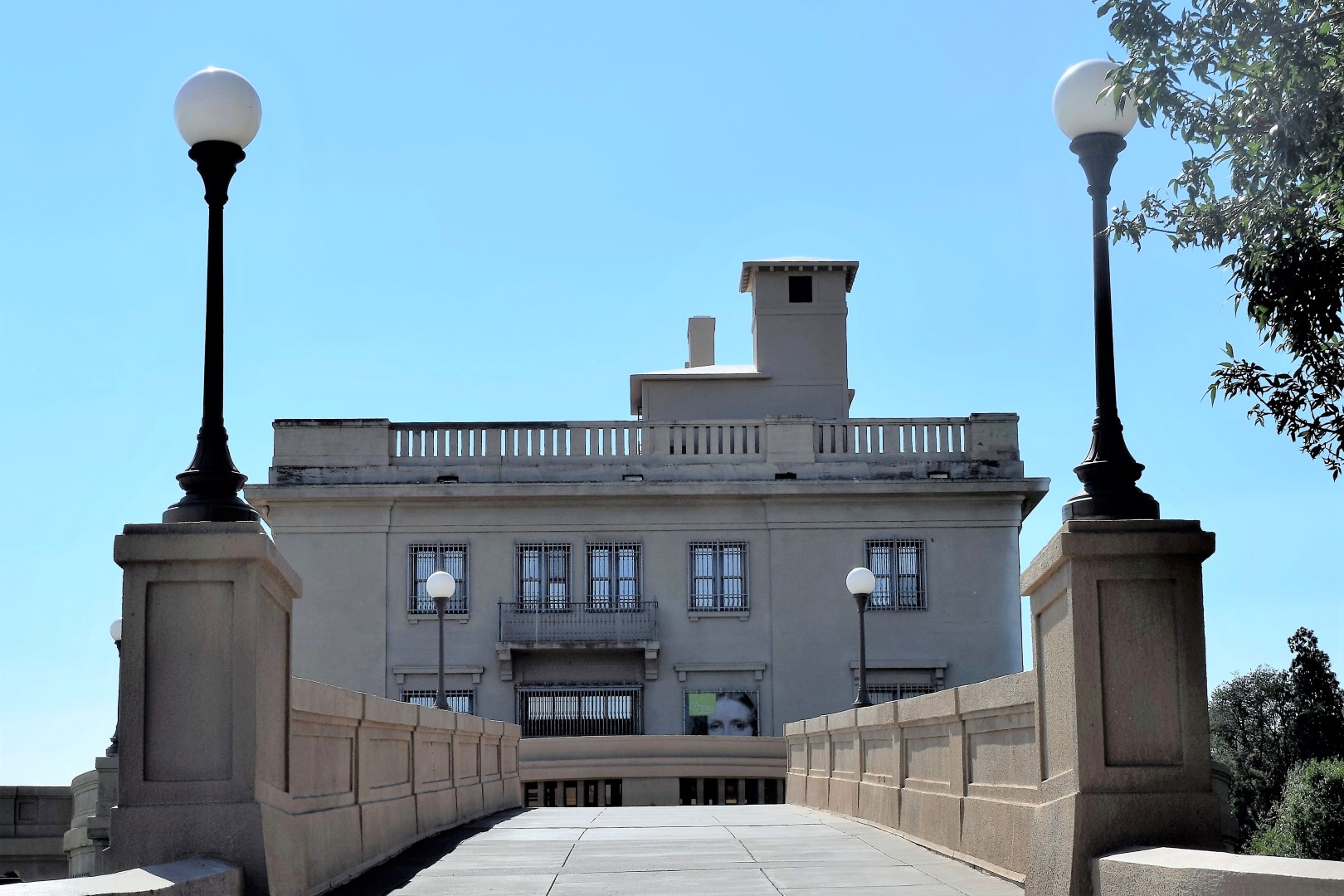 The Louvre.  MOMA. The Met. The Uffizi Gallery. The Art Institute of Chicago. The Prado. The British Museum. Some of the top major art museums in the world. We all have our favorite world-class art museums. We all also have our favorite smaller art museums, perhaps considered secondary stops on the tourist circuit, or housed in smaller cities. For all my travels, one of my favorite smaller art museums remains the colorfully eccentric, out of the way, “off-the-beaten-track” Maryhill Museum of Art in Goldendale, Washington. 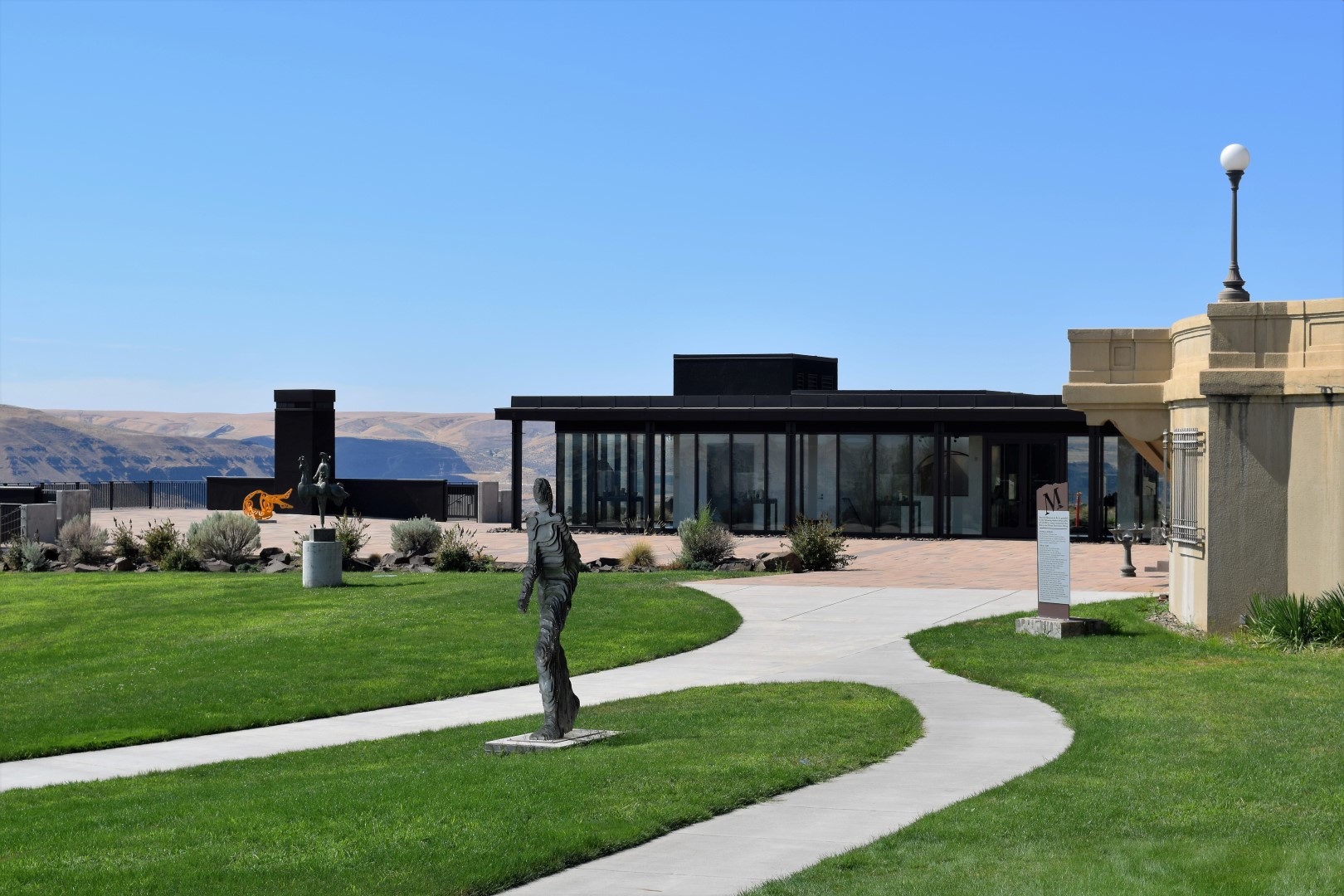 “What in Sam Hill?” You may or may not have heard this old saying, but as it turns out, it has nothing to do with the Sam Hill who established the museum. The Sam Hill who built Maryhill Museum of Art was a businessman and entrepreneur, a philanthropist and a world traveler. He built roads throughout the Northwest, including the Pacific Highway and the Columbia Gorge Highway in the early 20th century. In 1914, he started construction on a magnificent home on 5,000 acres along in Goldendale, Washington, 104 miles from Portland. 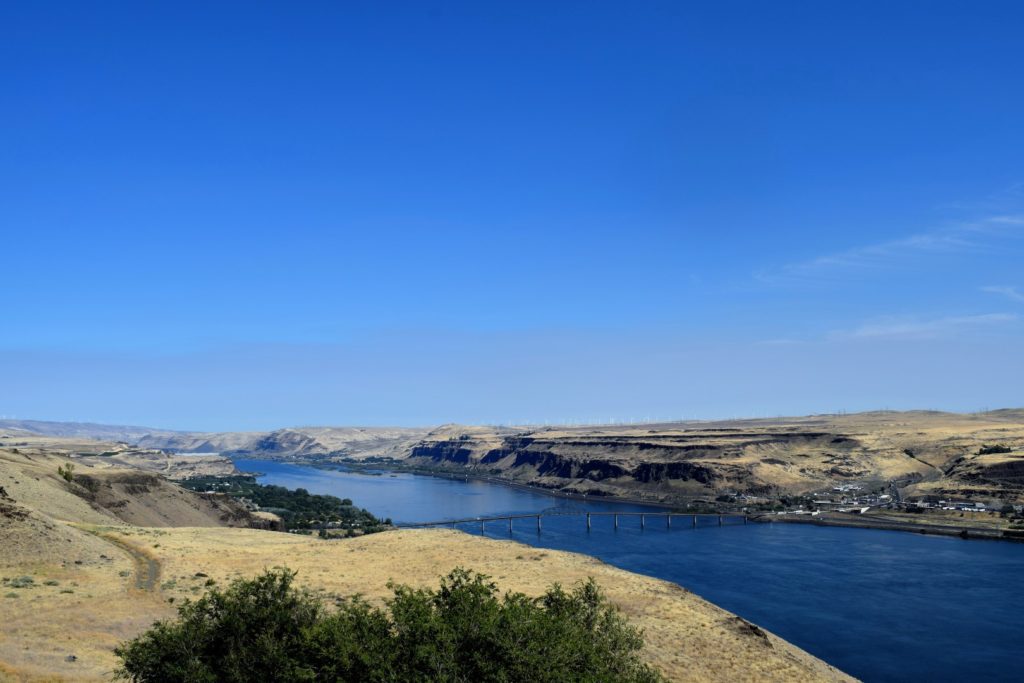 Sam Hill was also a man who circulated in very wide social circles. He counted among his close friends Queen Marie of Roumania, modern dancer Loie Fuller, and heiress Alma de Bretteville Spreckels, as well as members of the business communities, philanthropic communities, writers and artists. These three women convinced him to turn the Beaux Arts mansion into a museum and aided the effort with significant and eclectic donations.

The Maryhill Museum of Art: An Eclectic Collection

The museum’s permanent exhibits and collections are as eclectic as the man himself. When you enter the museum, you’re greeted with a collection of Queen Marie’s personal and family items. The Queen, born in 1875, was very much celebrity royalty at the time. She drew crowds and the press wherever she went. Her attendance at the museum opening helped make it a big-deal event.

The museum includes a wonderful collection of American and European paintings, and an impressive collection of Art Nouveau pottery and glass. The Loie Fuller exhibit lends a fascinating history of the early days of modern dance.

Sam Hill was fascinated by Native American cultures, especially baskets, and the museum currently has a significant collection of art and artifacts spans from tribes across North America. 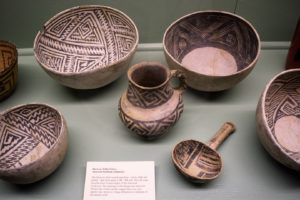 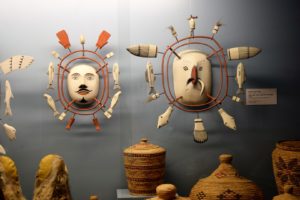 It was Loie Fuller, a close friend of sculptor Auguste Rodin, who helped secure a collection of the artist’s work for the museum. Today the museum includes 87 works by Rodin. Initially, it was this collection that most impressed me at the museum. Today, I visit some of the pieces like old friends—without a return trip to Paris’ Rodin Museum. 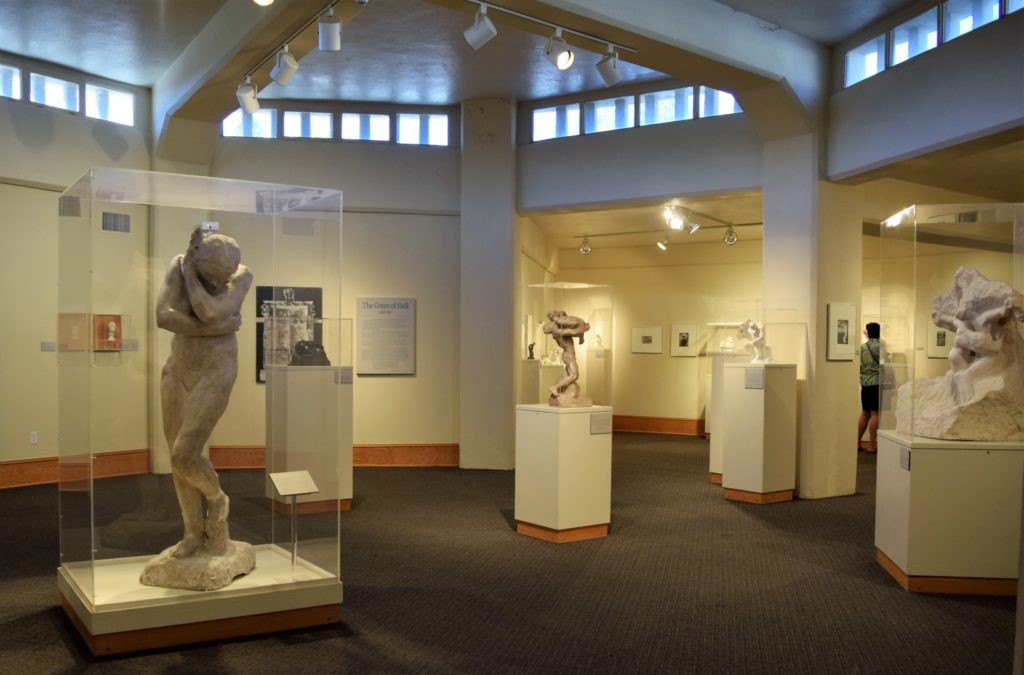 The museum includes an extensive collection of works by Auguste Rodin, including larger works.

A favorite for all ages is the collection of chess sets. The nearly 300 chess sets are beautifully displayed. The collection included pieces made of all material; wood, stone, bone and ivory, metals, gems and porcelain. The sets are incredibly diverse in design. 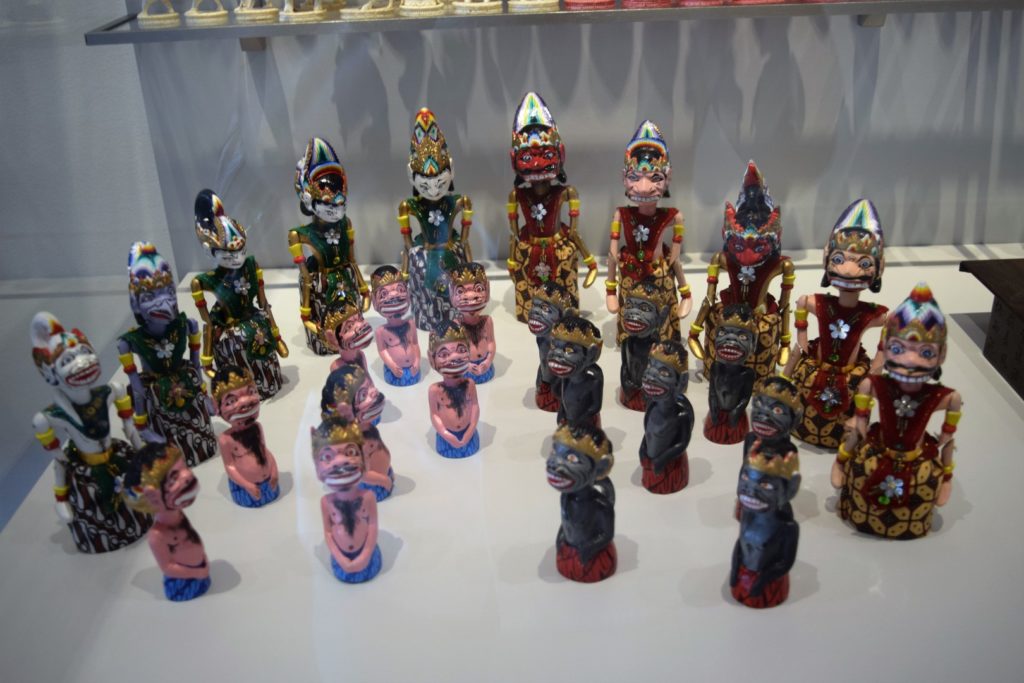 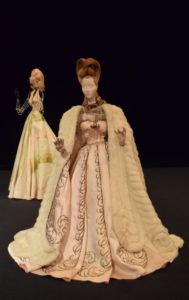 “I had no idea!” I once heard a woman say in the dimmed lighting of the Théâtre de la Mode display. The exhibit draws you to Paris in 1944. Just liberated from German occupation, the city was in ruins. Resources were scarce. The organization responsible for creating war relief approached the fashion industry for a fundraising effort that would also serve the city’s population.

But it wasn’t the time or place for a gala fashion show. Instead, Robert Ricci of the House of Ricci distributed wire mannequins to the couture houses. Designed from such fashion houses as Balenciaga, Nina Ricci, Schiaparelli, and many others created designs in miniature. Jewelers, including Cartier, made broaches, tiaras and other adornments. Stage sets were designed and the mannequins displayed. The exhibit was widely popular to a population eager for a little beauty at a very dark time in history. The war ended just two days before the exhibit was to close. It continued touring throughout Europe and even made its way to the U.S. 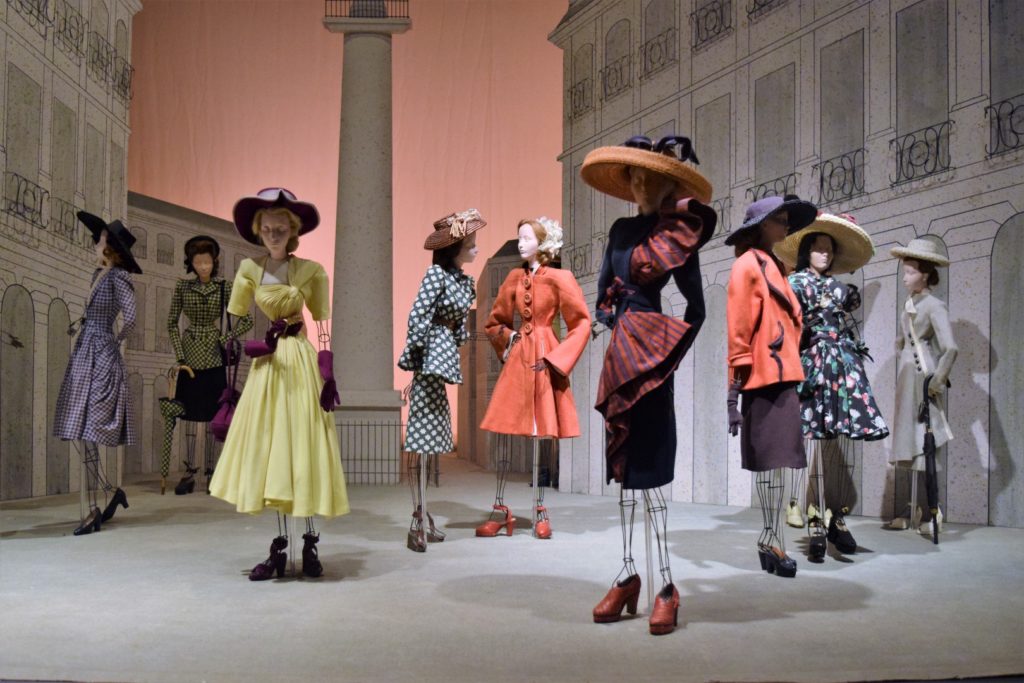 Enjoy expansive Columbia Gorge views from inside the new Terrace Level or outdoors on the museum’s café patio.

The museum overlooks the Columbia Gorge

The museum offers incredibly beautiful views outdoors as well of the Columbia Gorge, and in the distance, Oregon’s Mount Hood. Do spend some time exploring the grounds. The Sculpture Park includes more than a dozen large scale sculptures by more than a dozen Northwest artists. 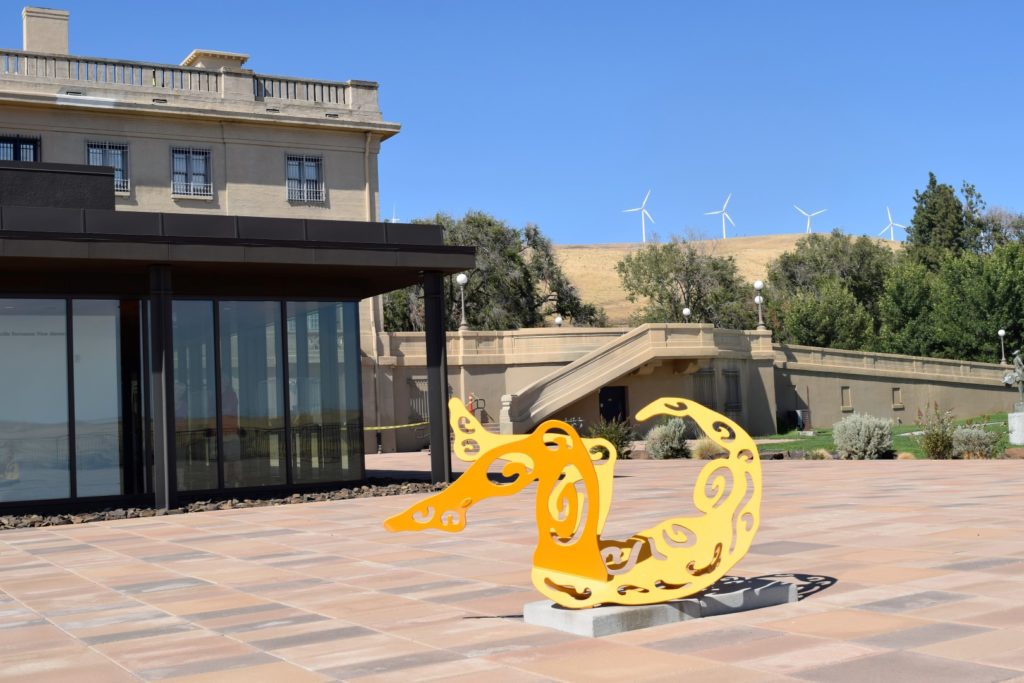 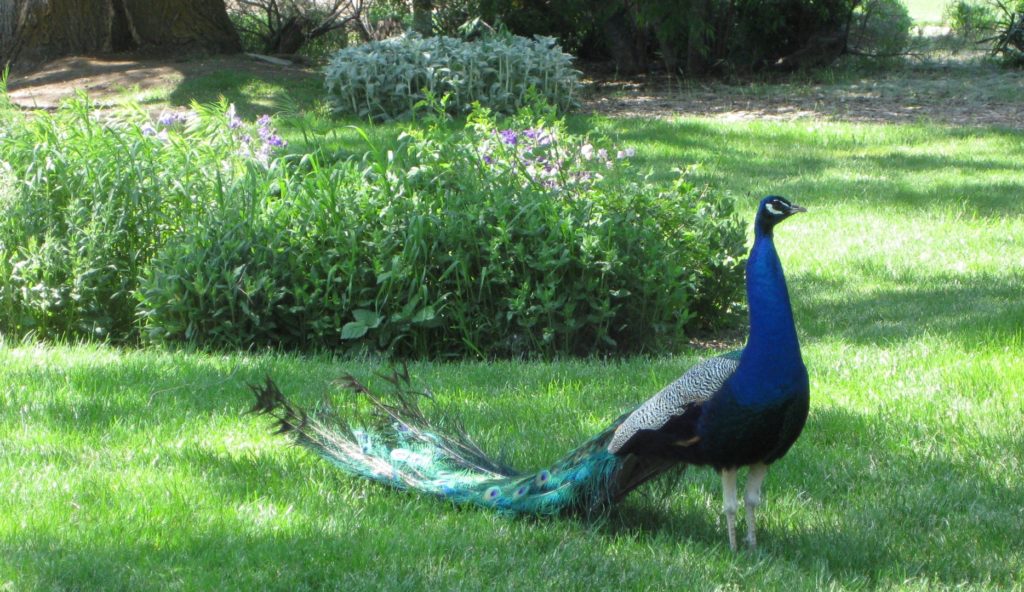 If you’re lucky, you’ll see one of the peacocks roaming the grounds

Before you head out for meal, a hike, wine tasting (Maryhill Winery, one of the Northwest’s best wineries has a beautiful estate tasting room only a mile away) or whatever else you plan, there’s one more stop to make. Four miles east of the museum, Sam Hill built a Memorial to local veterans who perished in the First World War. The memorial is a life-sized sort-of replica of Stonehenge. I enjoy the way the Stonehenge replica fits in with the environment—and how it’s so in line with the eccentricity of the museum. 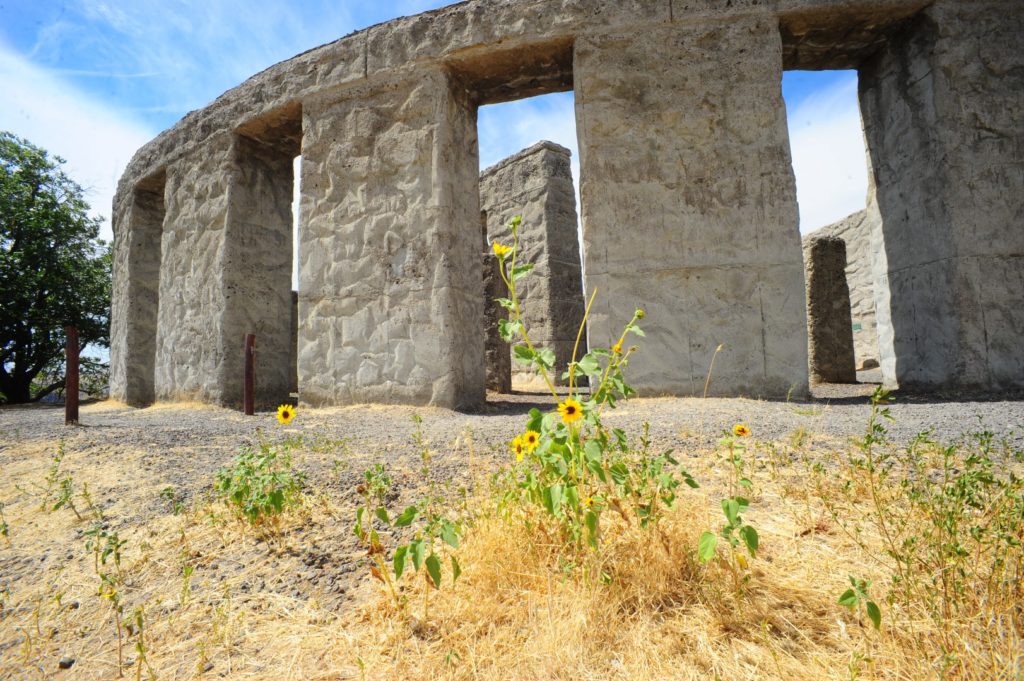 The Stonehenge Memorial in spring 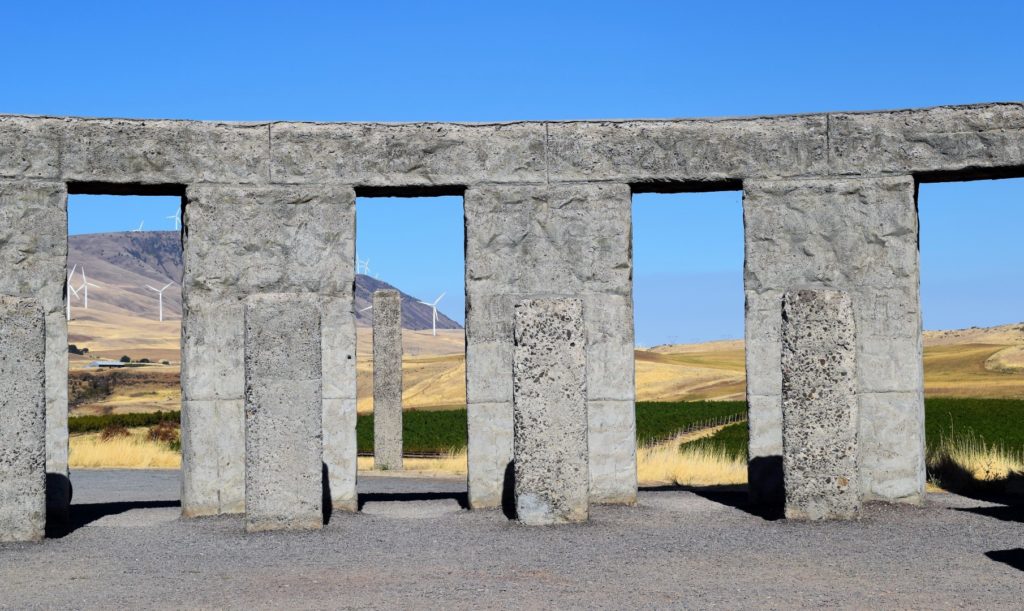 I’ve visited the museum in summer and fall when the hills are brown and I’ve visited in spring when the wildflowers are in bloom. Any time is a time of great beauty at the Gorge. As a nod to the remoteness of the site and the winter winds that often whip through the area in the winter months, the museum closes each year mid-November through mid-March. 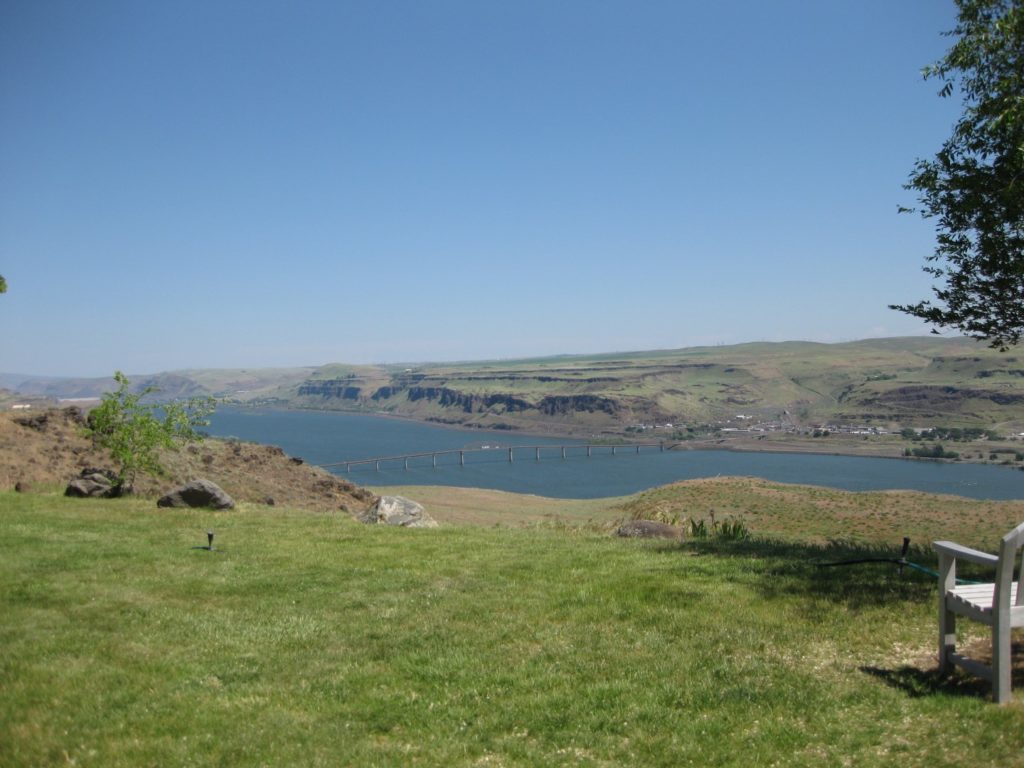 Maryhill Museum of Art opens for its 2018 season on March 15. Enjoy their permanent exhibits as well as a number of temporary exhibits. A few of the temporary exhibits include Pacific Northwest Plein Air in the Columbia River Gorge, Richard F. Lack: The Interior Journey—Paintings, Drawings, and Studies, and another of American Classical Realism.

Much to See and Do in the Columbia Gorge

Enjoy the drive out. Make a day or weekend of it, or better yet, an extended trip. There’s so much do in the Columbia Gorge, but the Maryhill Museum of Art has something that will move and enchant you and draw you into a particular period of time and place. 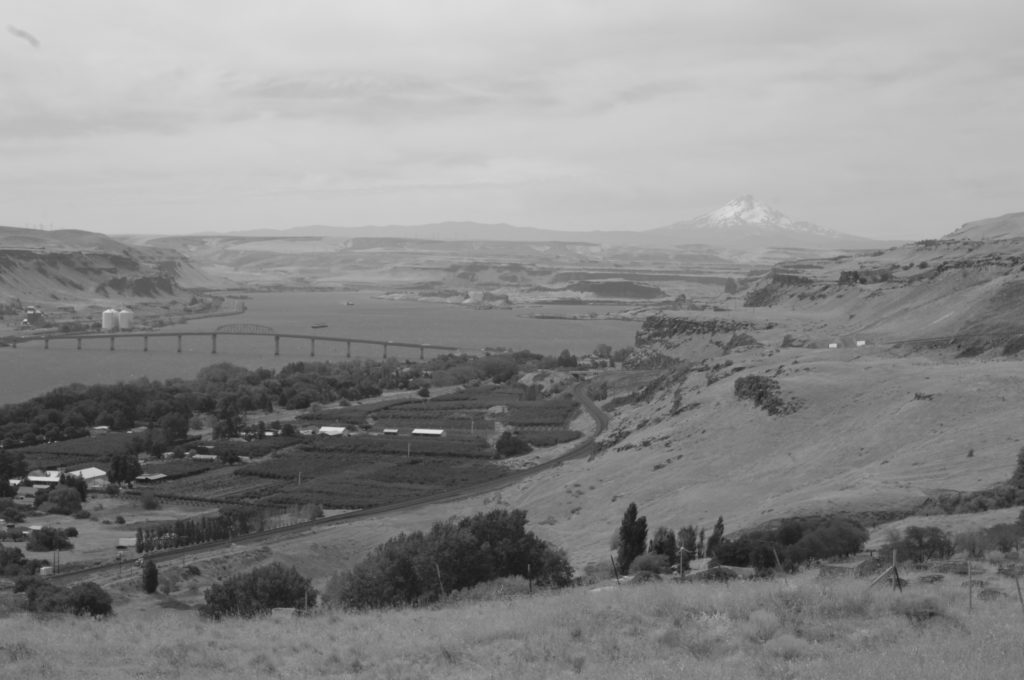 The Columbia Gorge with Mount Hood in the background

Charleston’s Cocoa Academic: A Leader in the Bean to Bar Movement

Nancy I love how you write. Sam Hill is now one of my favorite people.
I’m adding Maryhill to my must see in the NW list. Also, Mary Hill is my maiden name.
Well done. –MaryGo

Mary, Thanks so much for your kind words. Sometimes the best sites aren’t at the top of the city guide books. Maryhill’s collections and exhibits are just such a treat for me, and the Columbia Gorge is one of my favorite places to visit out here. Make a visit soon!