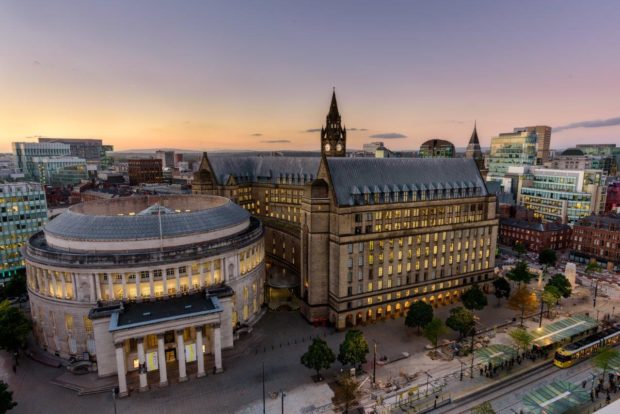 Many assume that London is the ideal location when visiting England—but many others have come to see Manchester as a firm favorite above the likes of the capital city, Birmingham, Leeds or Liverpool. Regardless of your favorite, everyone agrees that Manchester has become one of the most popular cities in the U.K. With the large number of restaurants, it can be difficult to decide where to go. To help you through the process of finding the right restaurant for you, here’s my list of the best Manchester restaurants. 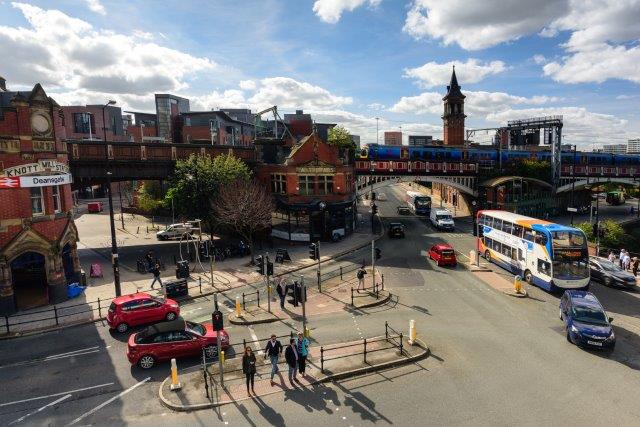 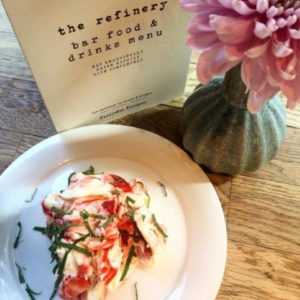 We start our collection with a classic, yet traditional bar and restaurant located in Spinningfields, in the heart of Manchester’s city center; The Refinery. Offering a host of services, including cocktail making classes, food, drinks and private hire or events, The Refinery is different compared to the other bars and restaurants based in Spinningfields. It doesn’t stop there, as The Refinery offer competitive prices and the most ideal beer garden, unbelievable food and cocktails for a fraction of prices you may find elsewhere. 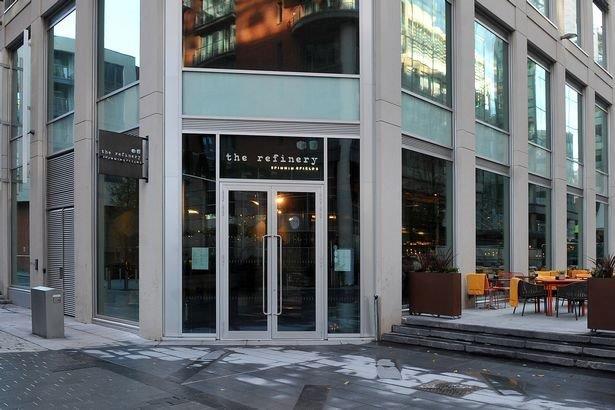 The Refinery offers fine dining and a great beverage program at their newest location in Spinningfields. (Photo The Refinery.) 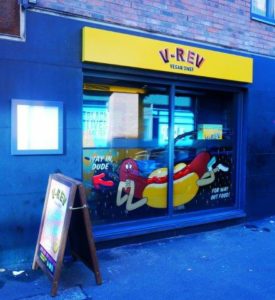 There is one trend that has recently arrived, which has no intention of slowly down—the vegan diet. The vegan diet is a perfect example of how we can eat with a better healthier and organic lifestyle, which in turn offers an animal friendly, fast food style. These were the principles that V Revolution stood for and it has seen them move from a little café in the Oldham to a restaurant in the Northern Quarter. The concept has been executed brilliantly and with their all vegan restaurant, V Revolution will continue to impress and grow. 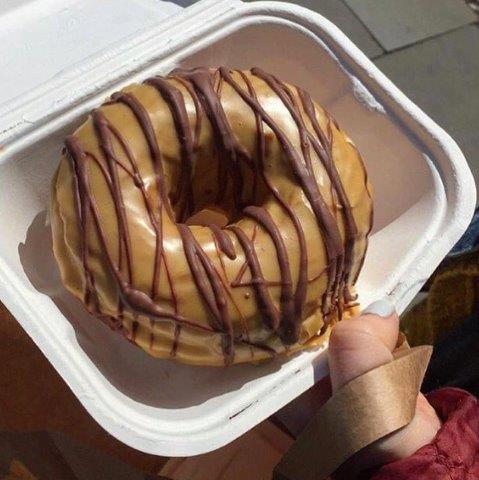 V-Rev is the vegan’s answer to fast, tasty burgers and other sandwiches, chips, and tasty sweets. (Photo V-Rev.) 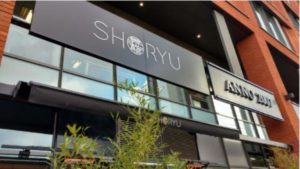 Shoryu Ramen is for those who prefer exotic foods. Shoryu Ramen recently opened in Picadilly Gardens in Manchester, and has become a Japanese favourite with the people of Manchester. The launch of the restaurant saw a huge parade for which the Lord Mayor of Manchester himself turned up. For those who enjoy something different and that which offers a balance of fresh, yet beautiful food, Shoryu Ramen is the one for you. 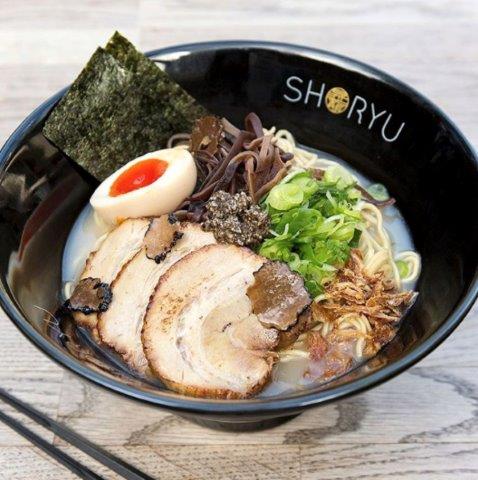 A bowl of fresh ramen satisfies while touring the town. (Photo Shoryu Ramen.) 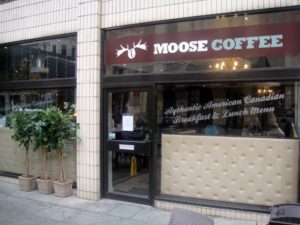 Moose Coffee is a breakfast lover’s heaven. It has remained relatively under the radar since its opening; however, people are now squeezing in with every opportunity. The others may be a restaurant for your romantic evenings, however; Moose Coffee is there for those coffee and all-day breakfast lovers. 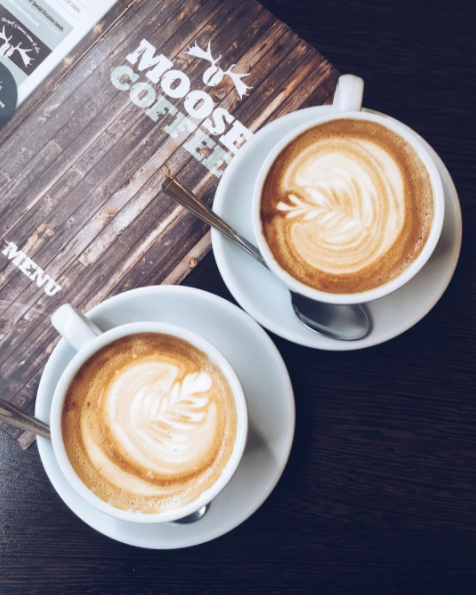 Beyond the Best Manchester Restaurants

For those interested in more than just the exciting new bars and restaurants in Manchester, Manchester has much more to offer. 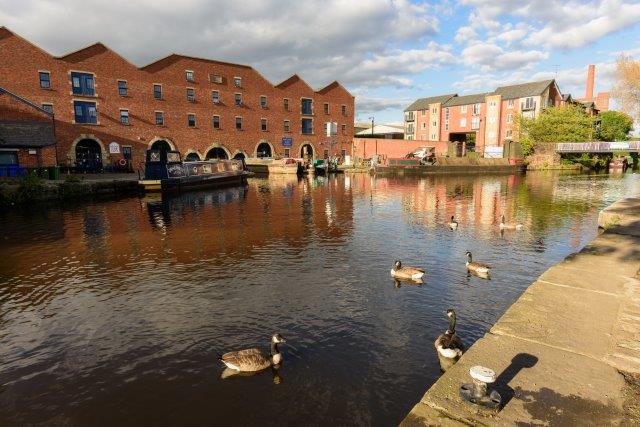 Manchester continues to grow each year and with that growth, businesses are moving onto the Manchester bandwagon. Manchester’s population is currently two million, compared to London’s, at more than eight  million, making it easier to get around. There’s a football crazy lifestyle, in which two of the biggest football clubs in the world are based. The city has 25 Nobel Prize winners, giving Manchester one of the most decorated histories. The University of Manchester is home to 20,000 students per year. 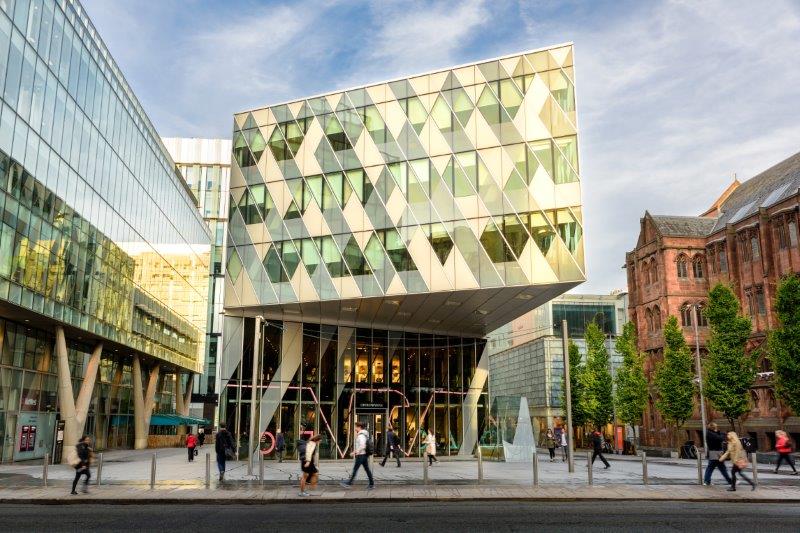 -Cover photo courtesy of Visit Manchester/Rich J. Jones.  All other photographs as credited.

Roman Winter is a freelance writer with a passion for travel, finance and every aspect of eating. He has written for several different publications with the hope to educate people with his writing. Contact Roman on Twitter @romanwinter5.

‘Tis the spirit of the season! A good friend sto

A good start to any #holiday ! We had every intent

Christmas Eve and the last window on my 1960 Adven

A bad mom moment ... I don’t remember which #kid

Always something new under the stars and sun and m

My city of bridges ... A #saturday walk around dow

Perfect day to walk the Esplanade in downtown Port

And a merry Christmas ... I really do love the hol

A #granddog boy-dog and his treat! Cooper, loved s

Exploring the neighborhood and this is the view on

Scenes from a small, healthy and happy #thanksgivi