How to Prepare for a Move Abroad 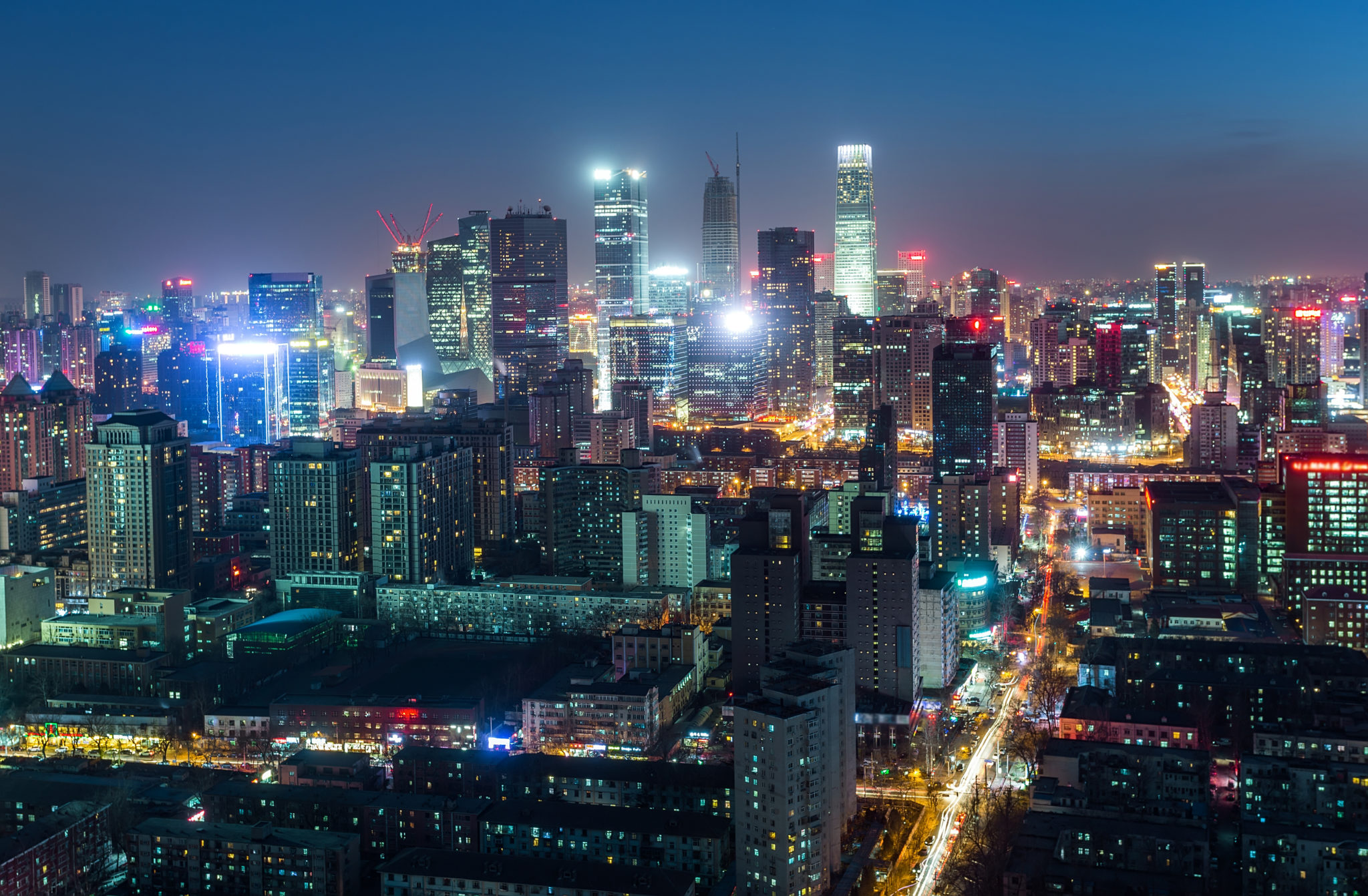 If you think a short week-long vacation will give you a culture shock, try moving abroad to a foreign country! That’s exactly what I’ve experienced a few times; most recently when I decided to relocate to China. Looking back on my experience of prepare for a move abroad, there are several things I wish I would have known to make the transition easier. 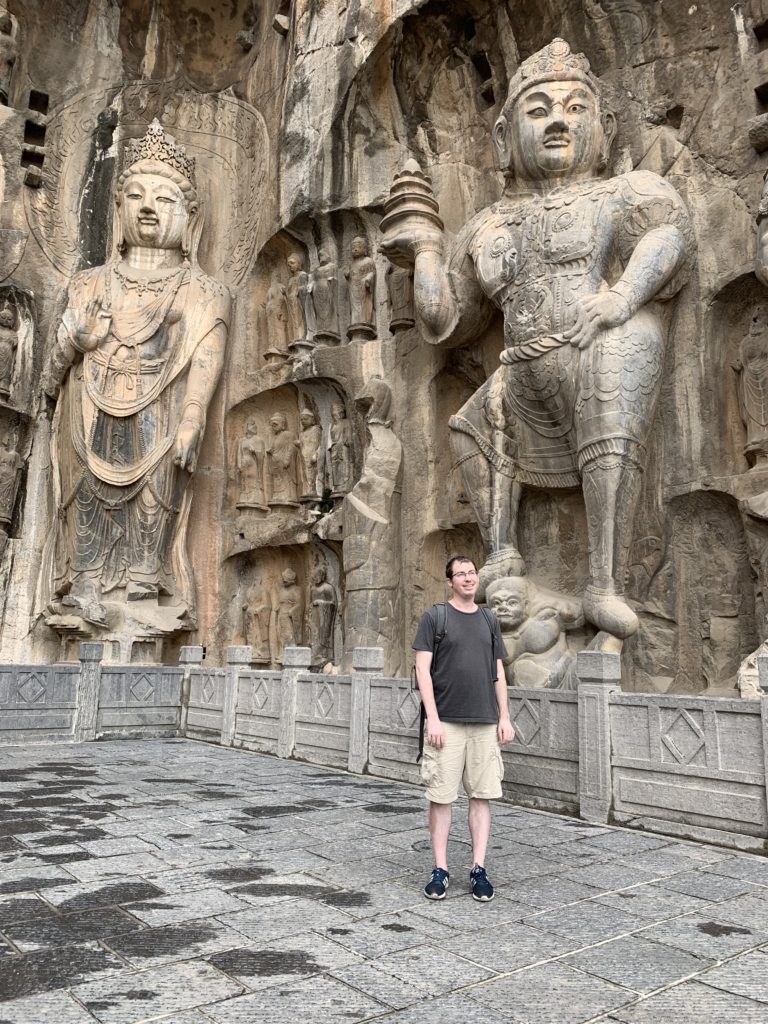 Prior to any move abroad, the first thing you should do is research extensively about life in the country you’ll be moving to. Chances are, there are lots of people similar to yourself, who have made the move before you. Reading about the experiences of others can give you a more realistic outlook as to what your new life will be like.

Before I moved to China, I learned that the Chinese government blocks popular websites such as Google and Facebook. Websites that I used daily would no longer be accessible once I arrived in China. While this might sound like a huge hassle, in reality, it’s only a minor inconvenience once you learn to use a VPN. 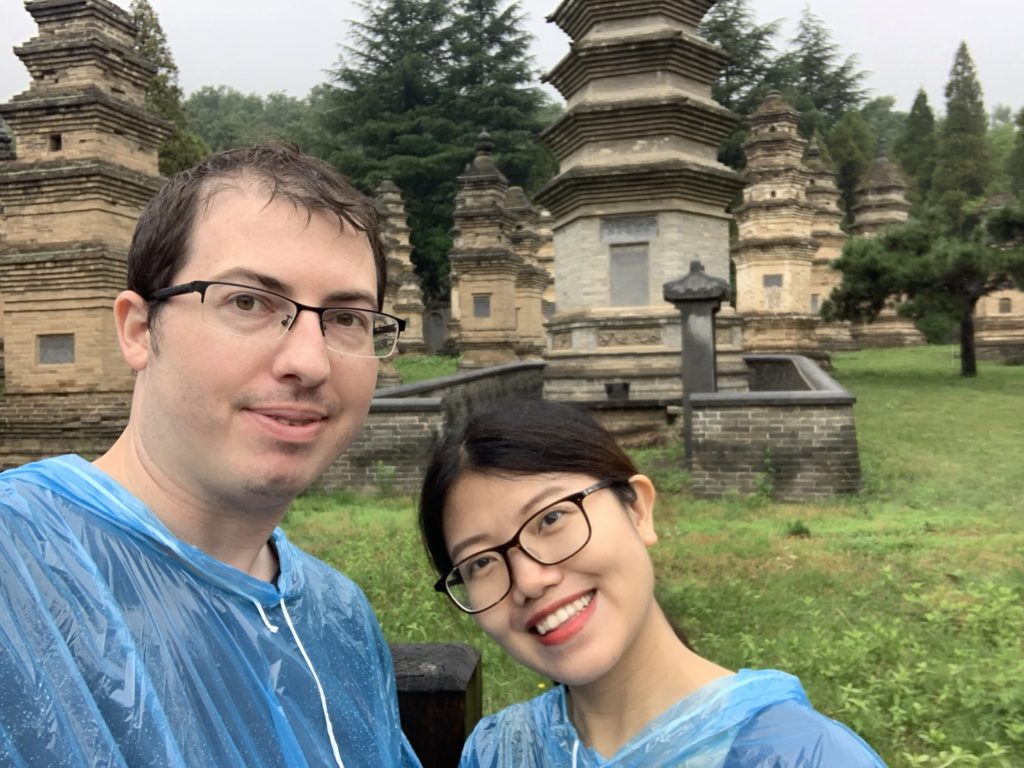 Some other things to consider during the research stage could be:

Cost of living: Do you have enough money saved up? I was surprised to find in China that you typically would need to pay 3 months’ rent, plus a month’s security deposit for an apartment.

General laws: Marijuana may be getting more accepted in America, but that’s far from the case in much of the world. Don’t be an idiot – be aware of the laws of the country you’re moving to!

Getting around: Are you going to want or need a vehicle while abroad or is public transport enough? If you’re planning on getting a car, you’ll need to look into what that’ll entail. If you decide to get a scooter – be careful. I learned that the hard way. 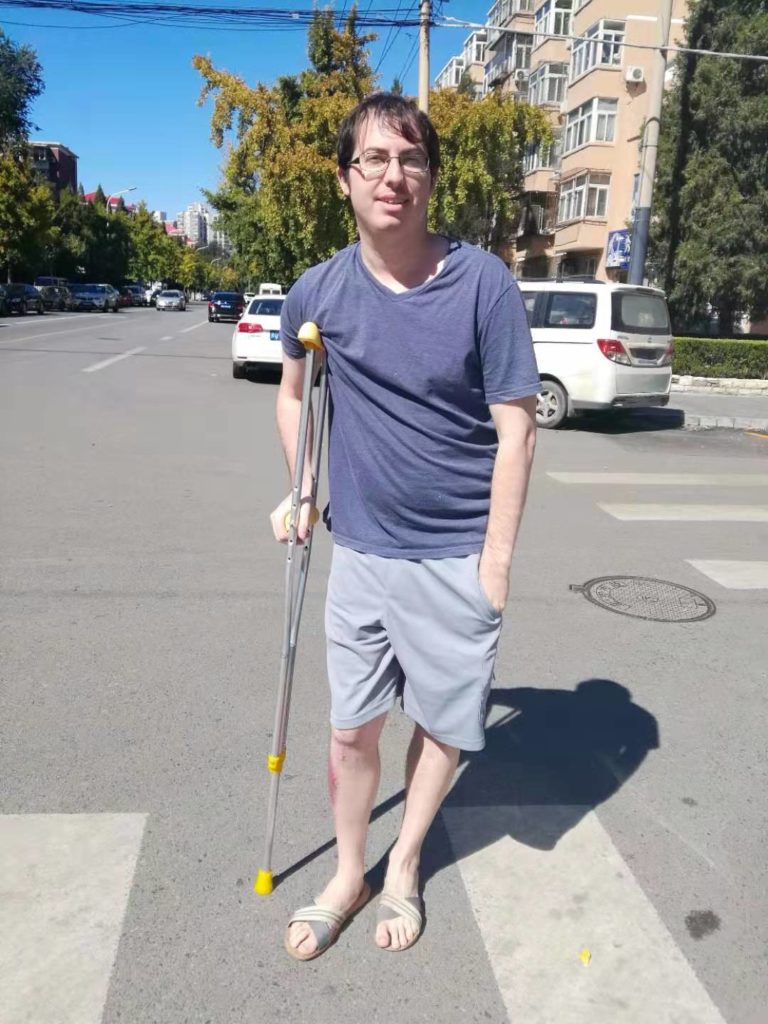 Modes of travel, rules of the road, and healthcare are all going to be different than they are at home. (Photo Nicholas Dahlhoff)

Community: While I’d strongly recommend avoiding the expat bubble, finding a community of like-minded expats and locals can help make your transition much easier. Joining events on sites like Meetup, Couchsurfing, and Internations can help with that.

Moving to a new country is different than merely visiting so you’ll want to research more about the way of life as opposed to the best attractions to see when you arrive.

After getting an idea of how life is lived in the desired country, the next step to prepare for the move abroad is to begin to take action. Move at your own pace when getting everything ready for the move because it can save a lot of trouble when you arrive. 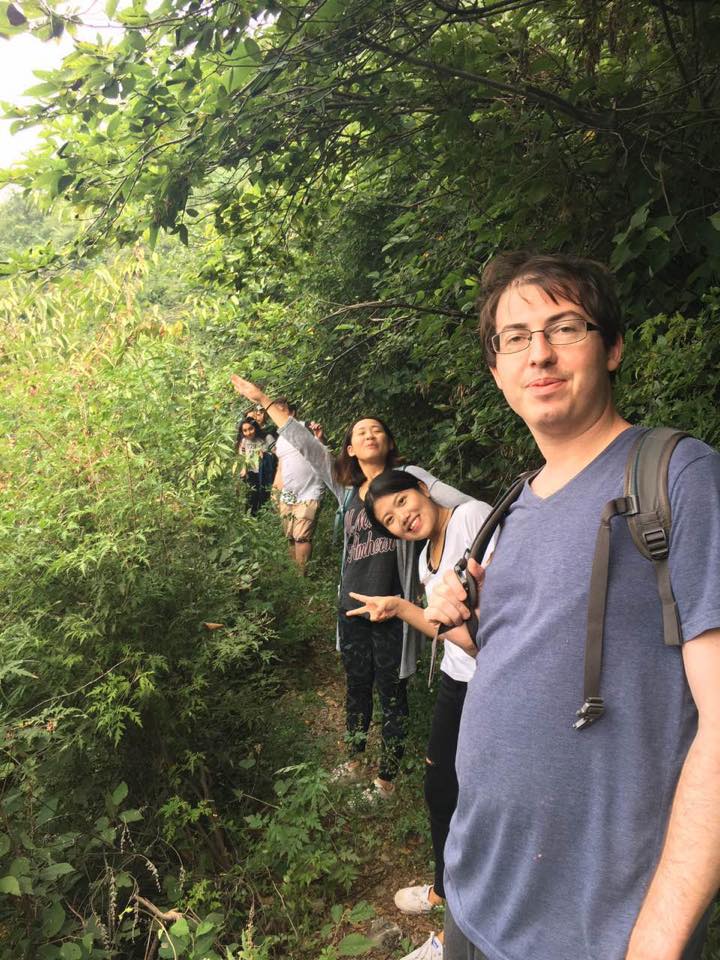 For me, one of the biggest challenges of moving to China was, of course, the language barrier. I had learned from my experience living in Latin America that counting on learning Chinese through immersion alone wasn’t going to work – at least not anytime quickly.

While I didn’t expect to become fluent in Chinese before I arrived, I at least wanted to have an understanding of the basic words to help with getting around. I found working with a tutor on the italki platform to be a convenient and affordable way to learn the basics.

There’s a lot of boring stuff that needs to be taken care of before moving abroad. This includes organizing affairs in your home country and preparing for arrival in your new home.

This might include getting the appropriate visa, making reservations for the flight and where you’ll be staying, and other related matters. Before you leave, keep in mind to cancel any gym memberships and other programs you won’t need abroad. Where should your mail be sent to?

Also, be sure to get the right vaccinations (if necessary) and remember to alert your bank that you’ll be moving so that you can still access your funds abroad. Make a checklist and don’t put off this stuff. 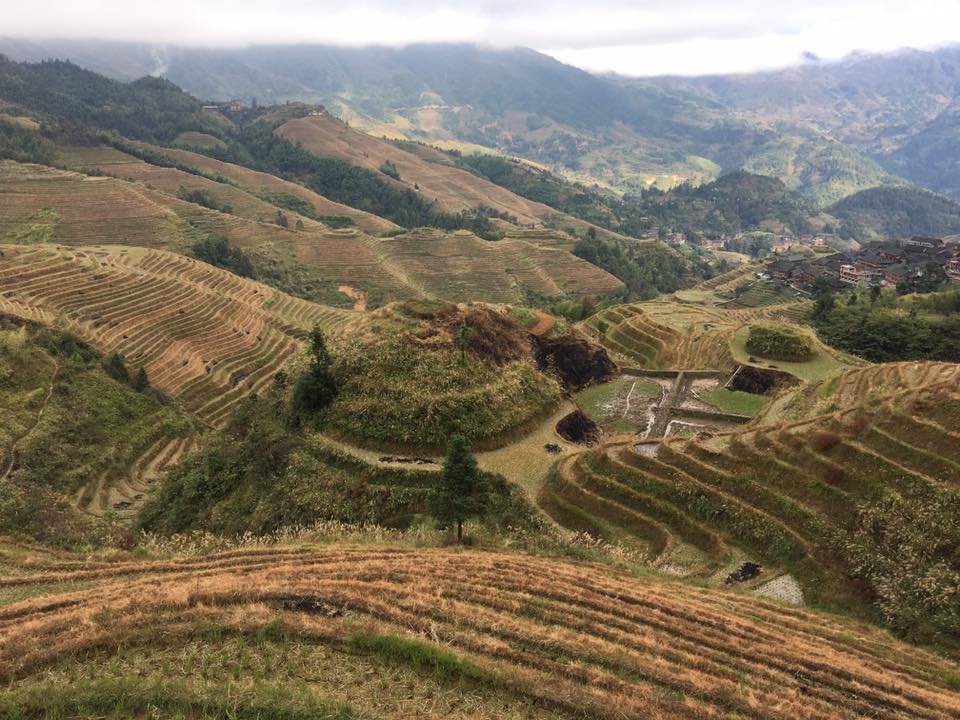 Get Rid of Your Junk

After you’ve cemented your plans to move abroad, it’s time to figure out what to do with all your stuff.

Now is the time to donate, sell, or store most of the junk you’ve accumulated through the years. While it might be painful to let some stuff go, do you really want to pay to keep it in a storage room for who knows how long?

When I first moved abroad, I sold what I could, donated what would be accepted, and threw out the rest. Of course, this is much easier as a recent college graduate than someone mid-career.

Most people tend to overpack and try to bring everything they might possibly need with them. Instead, during the research phase, figure out which things you’ll need to bring along and which ones you can pick up once you arrive.

For me, it’s tough to find good shoes my size in China. So, I tend to pick up an extra pair that I don’t plan on wearing for several months while back home. Other things include some small snacks, medicine, and whatever other random things are hard to find in the country you’re going to. 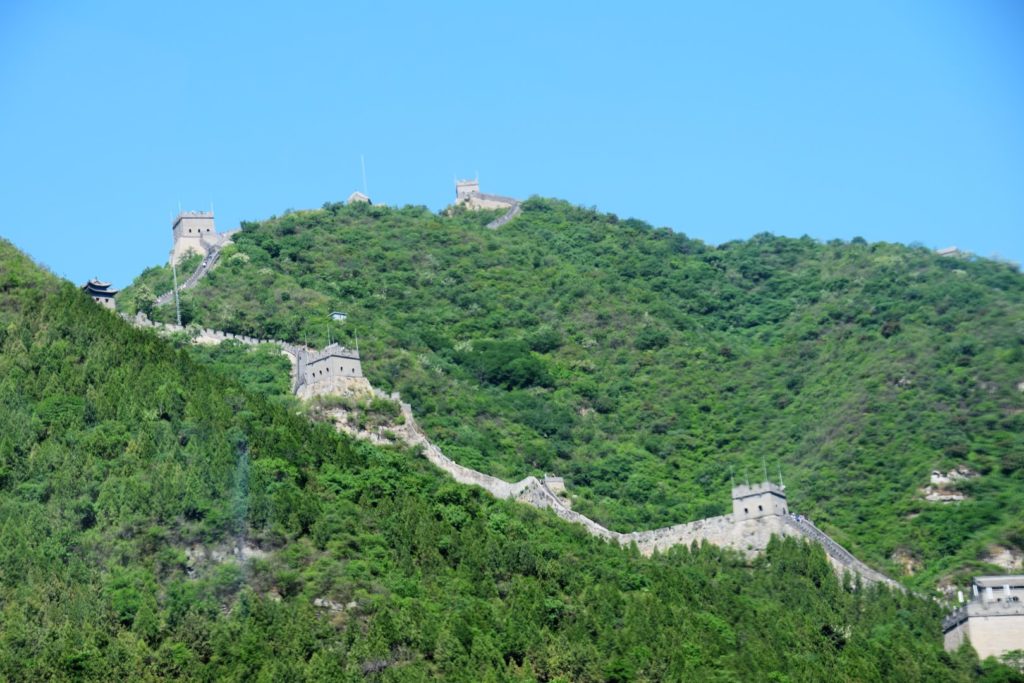 Be Prepared for Surprises

No matter how much you prepare for a move abroad, most likely there will be things that come up that you could never have planned for. That was definitely my experience when relocating to China. No amount of research and pre-move planning could have prepared me for these – it’s best to accept them and keep an open mind.

For me, the surprises started even before leaving America. I always had a small, minor allergy to nuts but it never caused any serious issues. Then, one month prior to moving to China, I found myself in the ER after accidentally eating a cashew.

Fortunately, I found some allergy cards online with translations saying that I’m allergic to nuts. For the first month or so in China, every time I ate at a restaurant, I’d show the card and be exceptionally cautious with food. 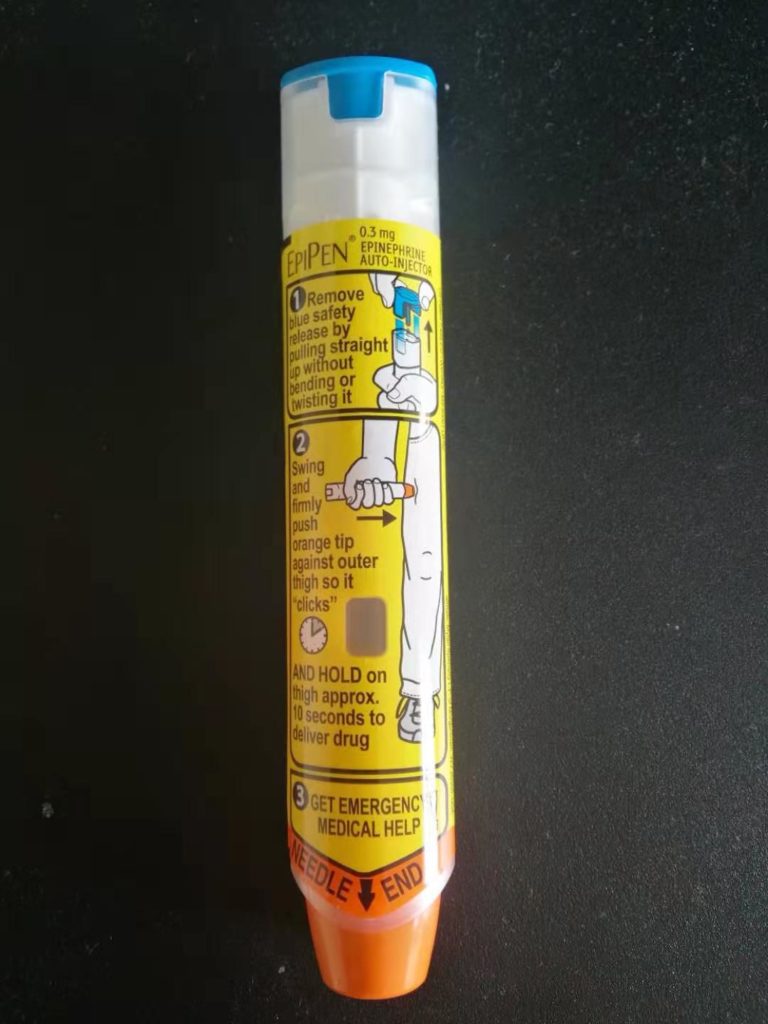 Maybe this was riskier than necessary, but looking back, I’m glad that I adjusted to the new situation instead of canceling my plans of moving abroad.

Housing surprises can come up for a lot of people but, usually, are easily avoided. Many people hope to already have a place to live when they arrive in the new country, but it may be worthwhile to get a “taste” of the new destination before locking into a long-term lease.

It might be smart to book a hotel or an Airbnb for a week or two when you first arrive. That way, you’ll have time to explore various neighborhoods and visit apartments in person. This way, you’ll find the right place for your needs. After all, it’ll be your new home!

While it may be a bit intimidating at first, moving abroad isn’t as challenging as you might expect. With the appropriate preparation, moving abroad can be the start of a new and exciting life! 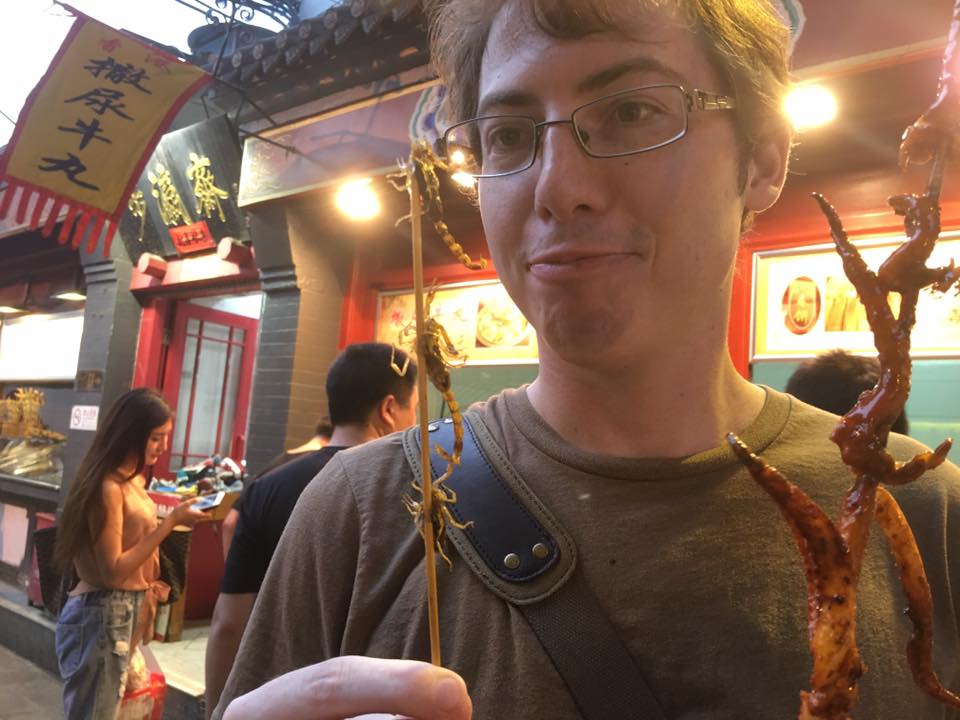 Yes, try all the new (and sometimes strange) foods in your new home when you move abroad (Photo Nicholas Dahlhoff)

-All photos by Nicholas Dahlhoff as credited. Cover photo courtesy of Canva.

Nick Dahlhoff is a former poker player, turned teacher. Previously he lived and traveled around Latin America for several years, before moving to Beijing. He’s now running All Language Resources, a website about language learning.

What to Do in the Hidden Gem of Dunedin New Zealand