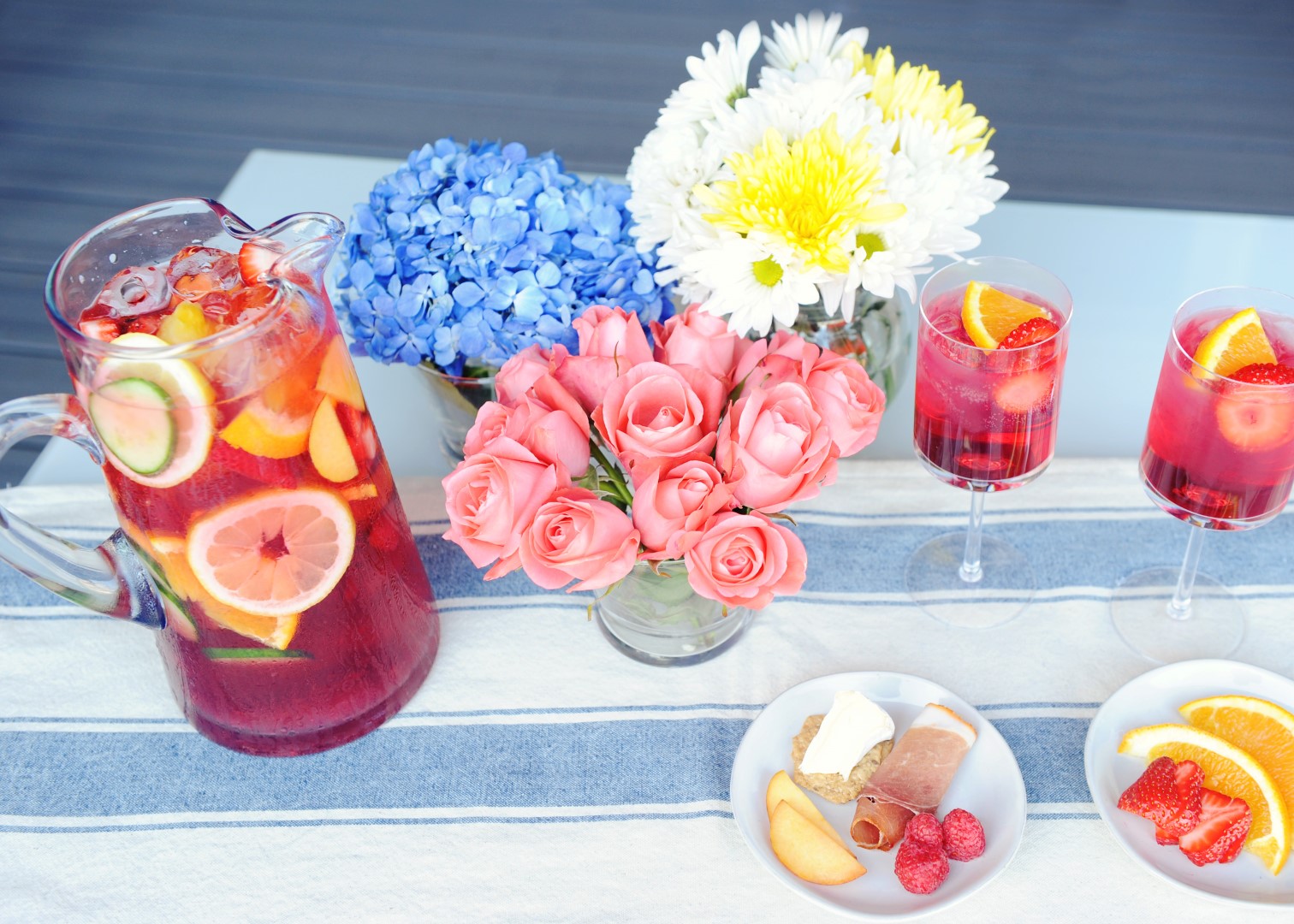 It’s only as recent as 2008—75 years after Prohibition—that Washington State paved the way for a craft spirits movement by passing legislation to allow the distillery licenses.  In June, 2011, Justin Stiefel decided to take advantage of this. He drew up a business plan, and Gig Harbor’s Heritage Distilling Co. was born. Justin has both a Chemical Engineering degree and a law degree; two components that have served him well on his endeavor. (He was a little ahead of the curve; he distilled his first batch of spirits in 1987 when he was in 7th grade.)

They installed Nonna (“grandmother” in Italian), an Italian-made whiskey still, specially designed for the company, in September of 2012. They opened their doors to the public just two months later, although they didn’t release their first product, Elk Rider Whiskey, until a year later in November, 2013. 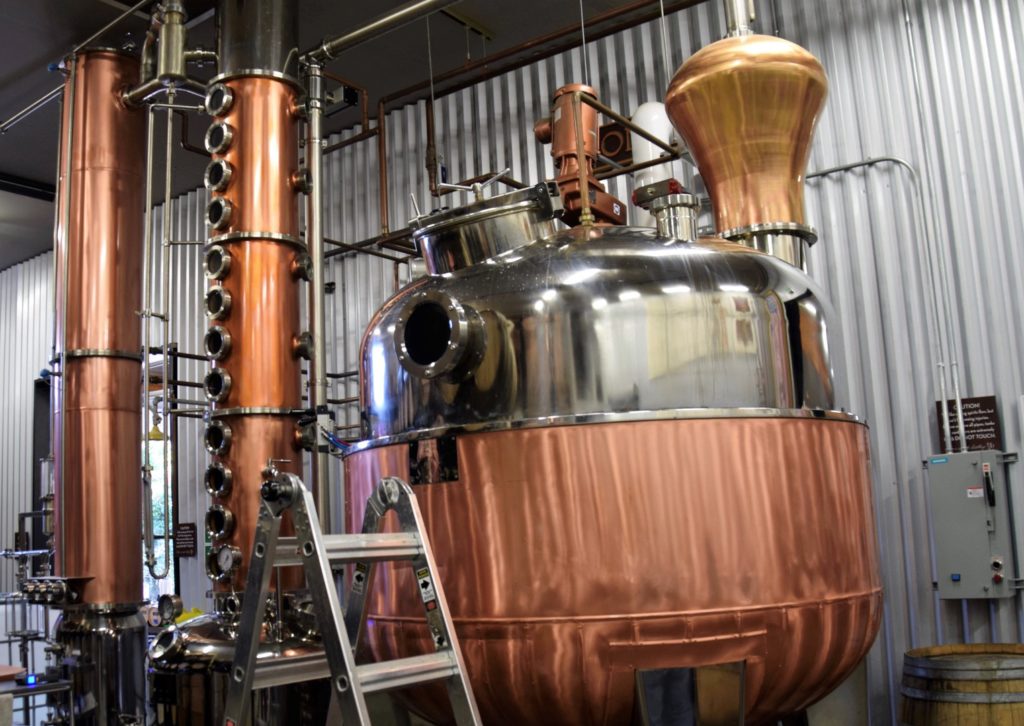 Today, they’ve added stills, and have an extensive line of whiskeys, gins and vodkas, including a long list of naturally flavored vodkas. 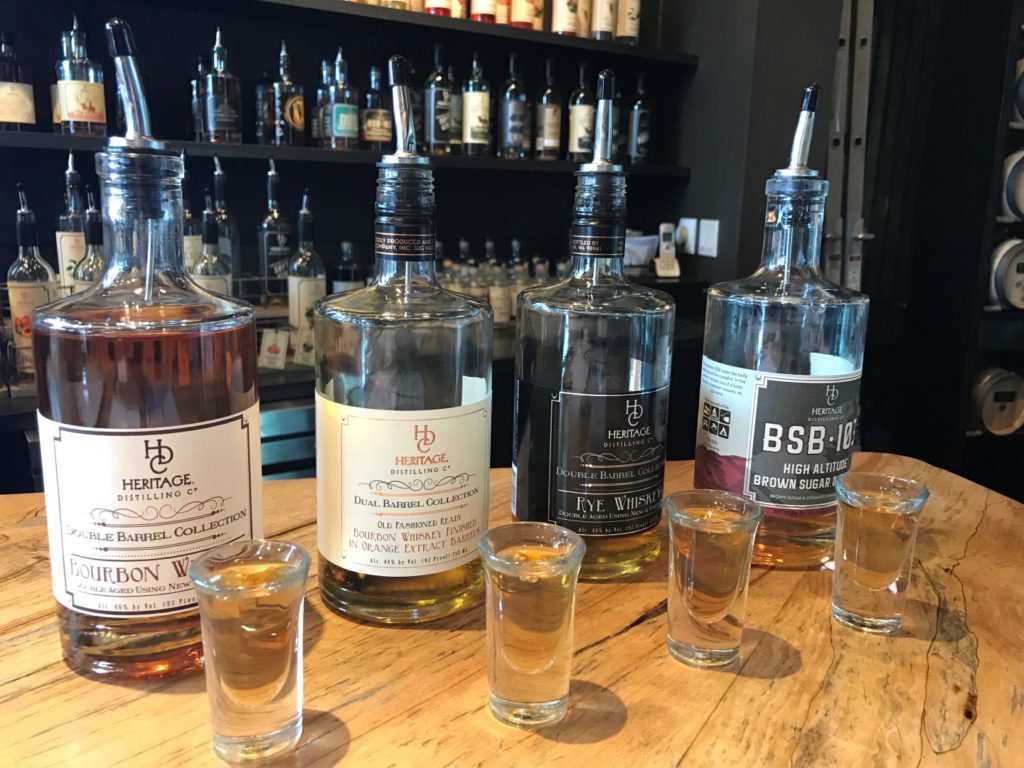 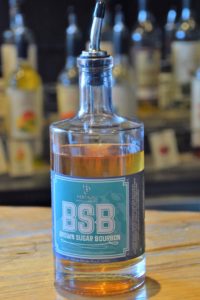 Are the spirits well-received? They are, indeed. This year, they were awarded their top award yet; their Brown Sugar Bourbon won the award for best flavored whiskey at the 2018 World Whiskies Awards. That’s big news. Heritage Distilling has also won more awards than any other craft distillery in North America by the American Distilling Institute five years in a row.

Visit the Distillery and Tasting Rooms

Heritage Distilling products are currently available in 20 states. But if you’re able, make a trip to the Tasting Room at the Gig Harbor distillery or the downtown Gig Harbor tasting room. At the distillery, a large picture glass window looks down on the operation so you can sip, look, and ask questions. Or, stop by at one of the three other tasting rooms, located in the Ballard neighborhood of Seattle, Roslyn, Washington, and Eugene, Oregon. 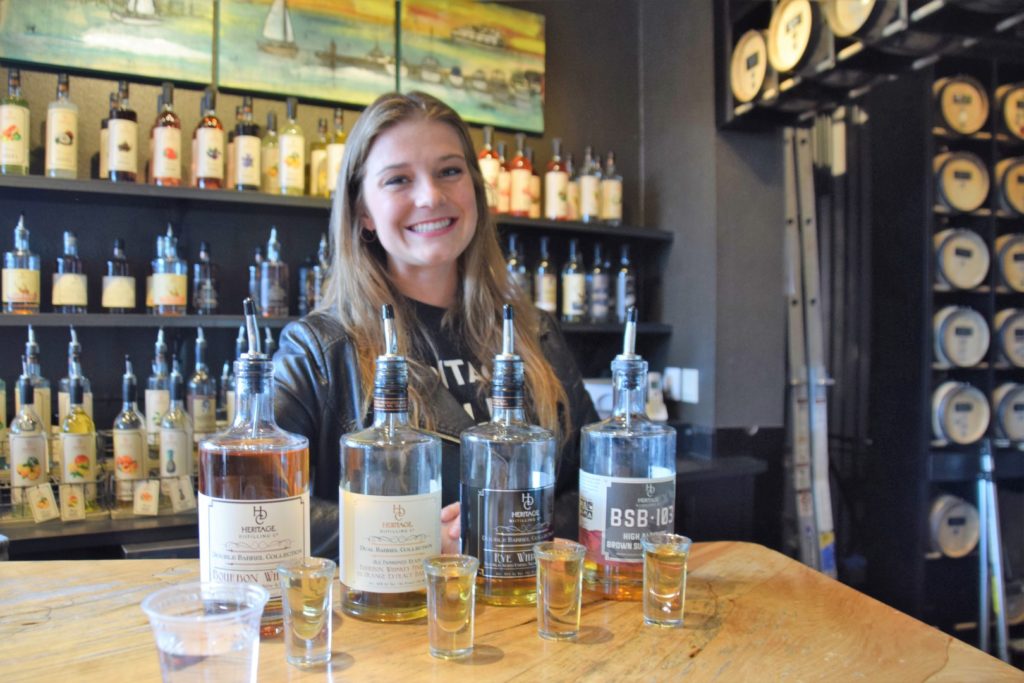 Heritage Distilling offers tastings of their spirits at either their downtown tasting room or their distillery location.

If you enjoy the products — and you will — keep the fun coming by taking one of the My Batch classes, joining the Cask Club, picking up one of the “Here It Ages” kits, or joining the Spirits Club. 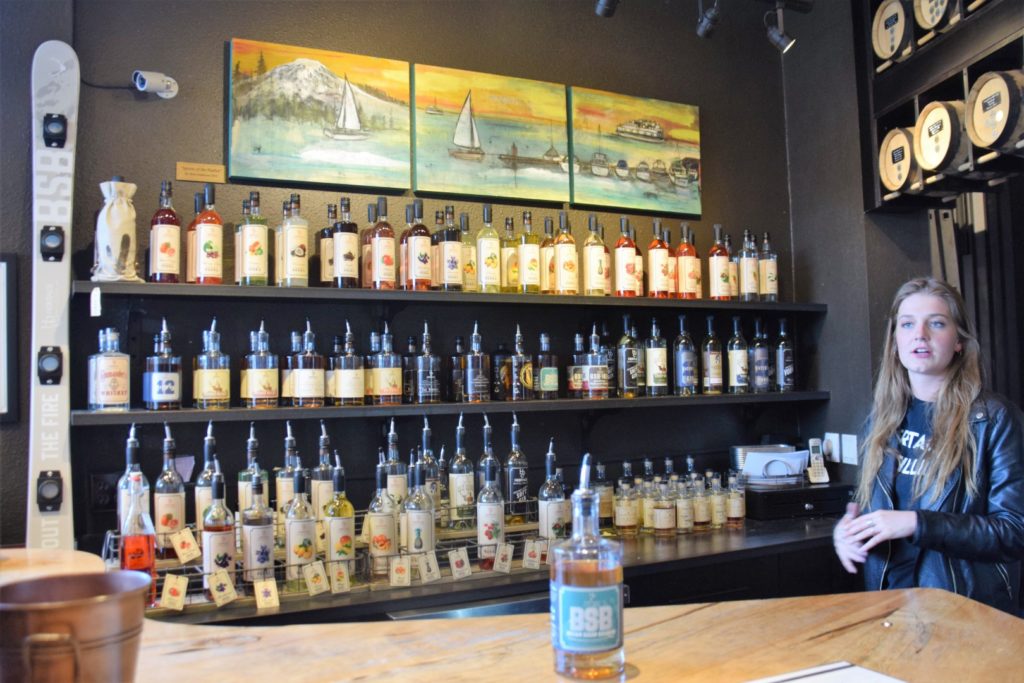 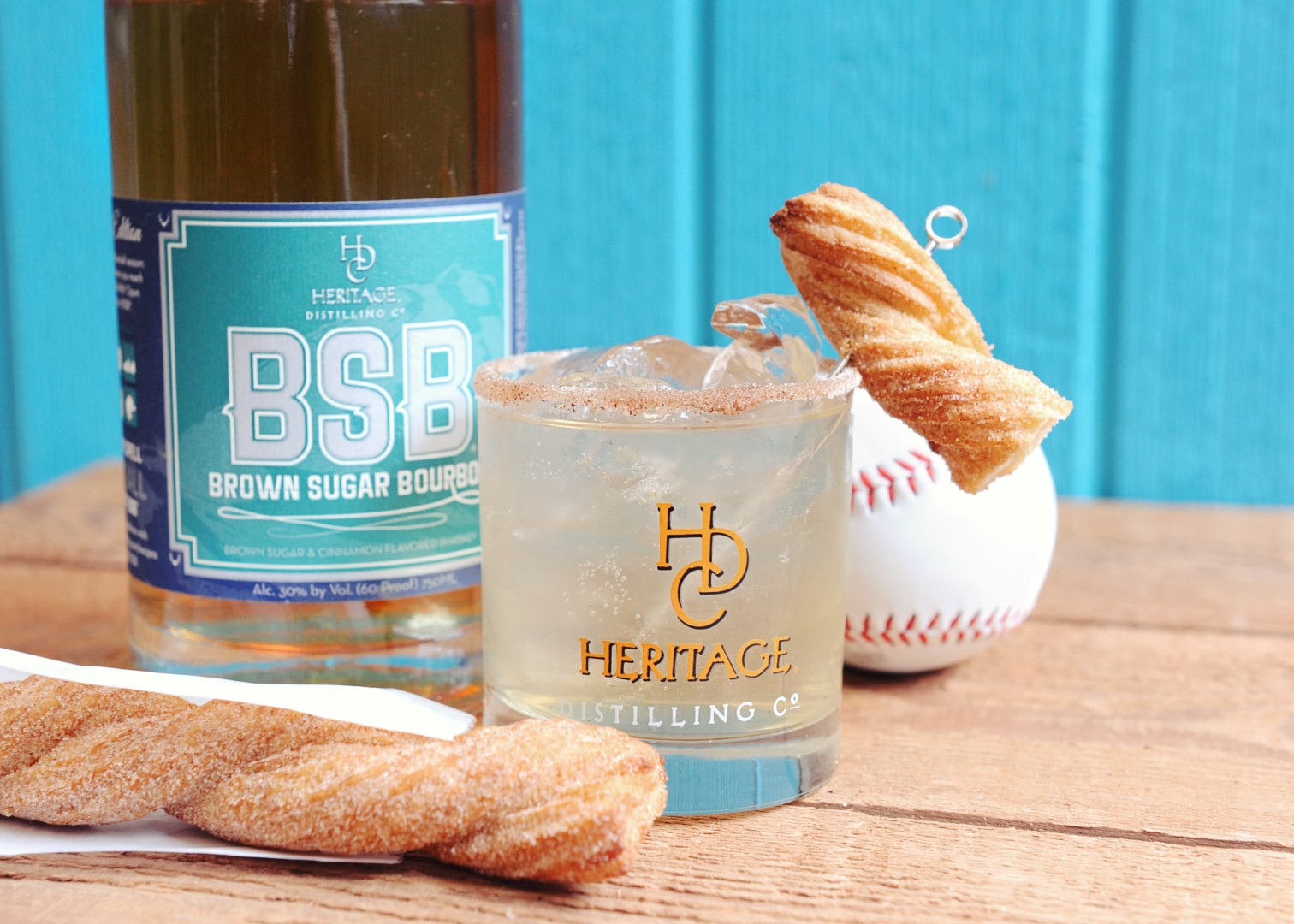 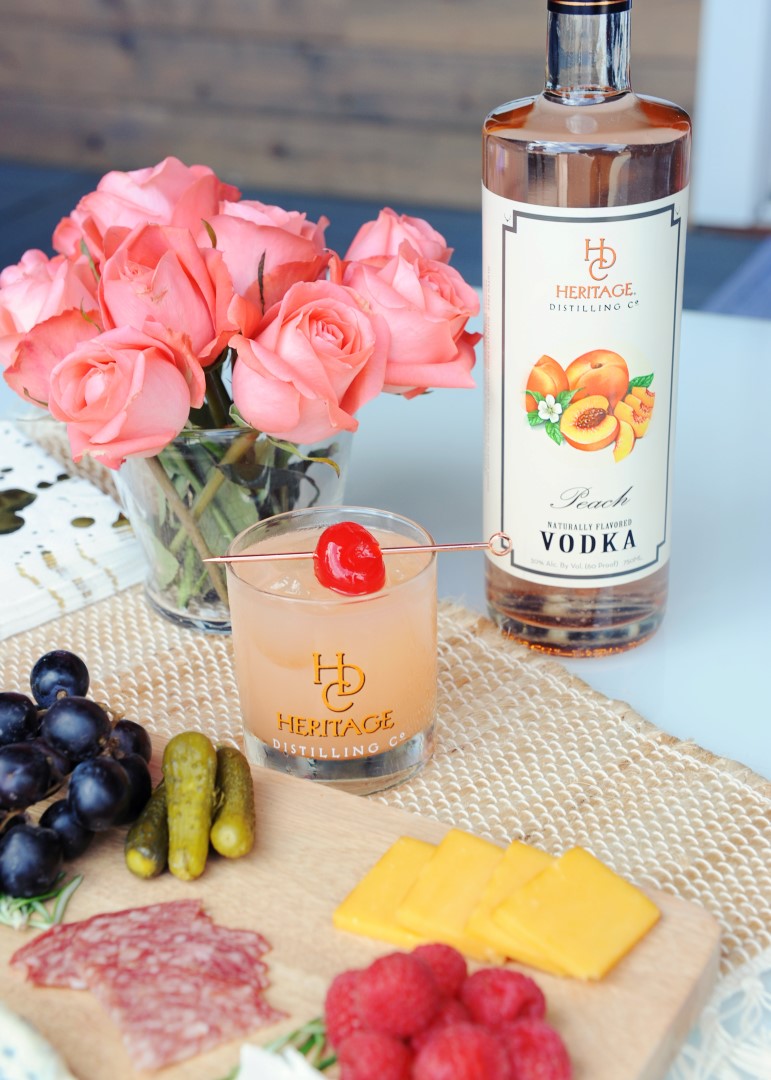 Have a wonderful summer!

A Visit to the Maritime Town of Gig Harbor

Imbibing in Afternoon Tea at the Peabody Memphis Hotel

Peach Vodka, what a great treat for summer. Thank you Nancy.

“I know, right?” Heritage has a long list of flavored vodkas… Bacon, Sweet Ghost Pepper (Bloody Mary’s are calling my name with these two!), Blood Orange,Ginger, Hibiscus, Huckleberry… Thanks, Mary, glad you like!

Oh, these sound delicious! I like Vodka…may have to try my hand.