Driving Ireland’s Most Scenic Road: The Ring of Kerry 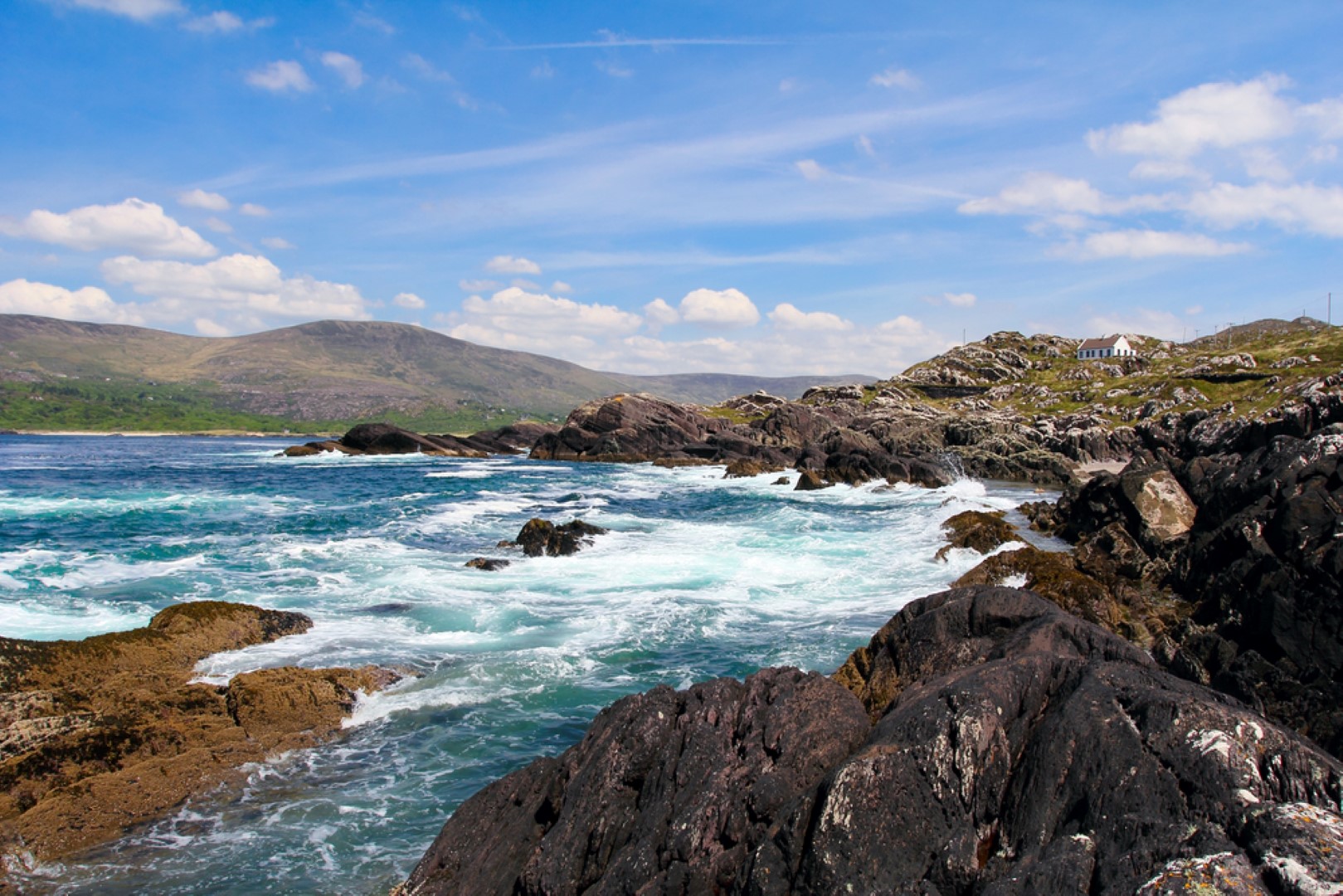 There are a lot of famous roads to take through Ireland, but none of them can hold a candle to the Ring of Kerry. Traveling around the ring is always a blast for me because it lets me dig into the area’s history and culture.

Thinking about taking a road trip yourself? Driving the ring of Kerry takes about three and half hours, without stops. To see all of the attractions, get an early start. Now, let me guide you around the Ring of Kerry and tell you about all of the hotspots you’re not going to want to miss. 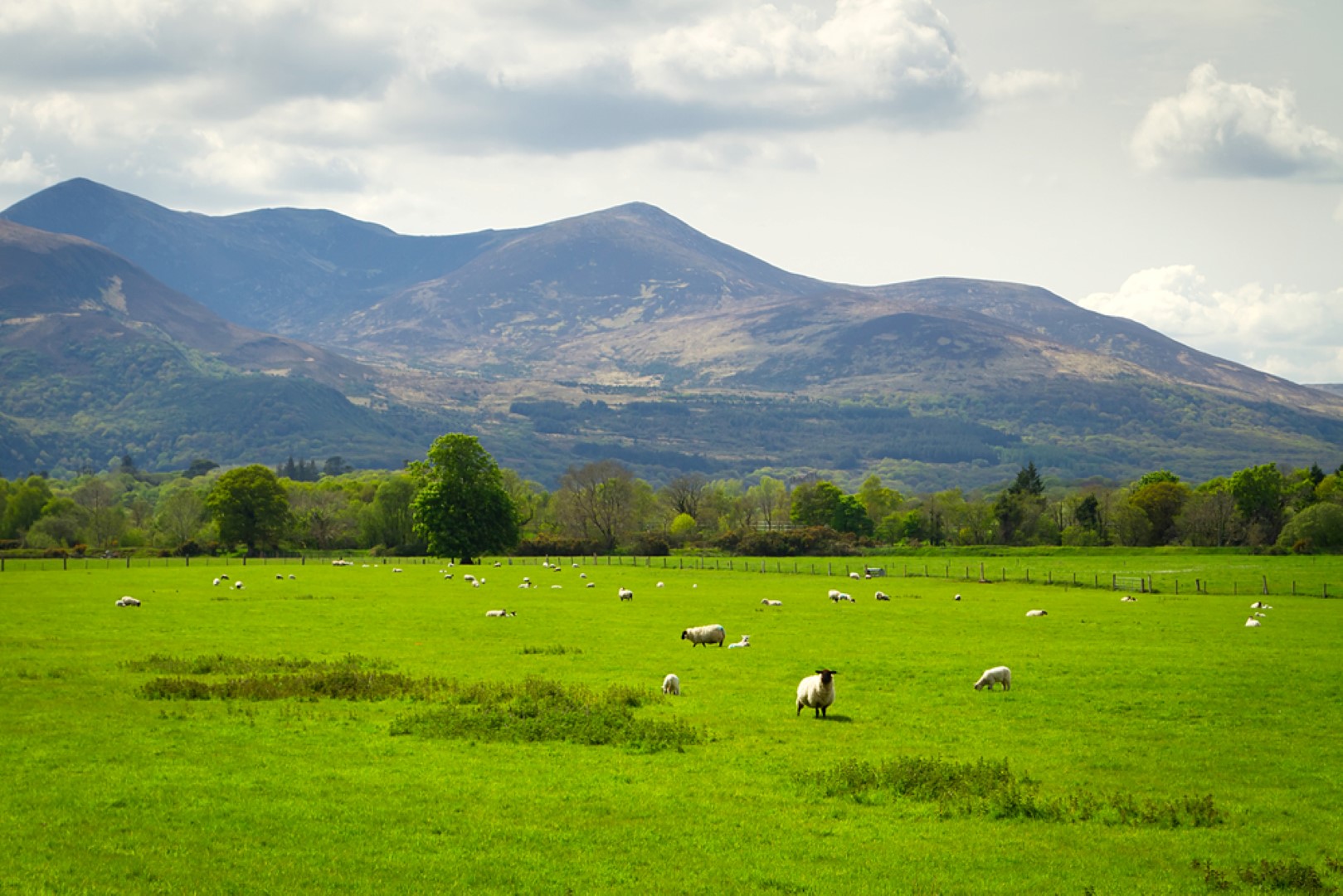 I’ve found that the best place to start a trip around the ring is in Killarney National Park. The trip starts out strong with some truly phenomenal mountain views. The lakes in the area, too, are some of the few that have lent Ireland its mythical history.

Of course, driving around the tour buses in the area takes a little bit of time. I found that, so long as you navigate carefully, you’ll be able to enjoy the best of the park’s views without too much stress.

After an hour or two spent in Killarney National Park, I like to meander through Molls Gap before hitting the ring’s next scenic spot.

History buffs and architectural enthusiasts alike are going to love the next stop on my tour of the ring. Just a few miles away from Killarney National Park, you’ll find Staigue Stone Fort. I’m a fan of this fort’s ramshackle appearance – you can tell just by looking at it that it’s home to a lot of history. I recommend spending an hour or so exploring the fort. It’s free to enter, though it’s suggested that you donate €1 or so upon entry so the fort can stay up and running. 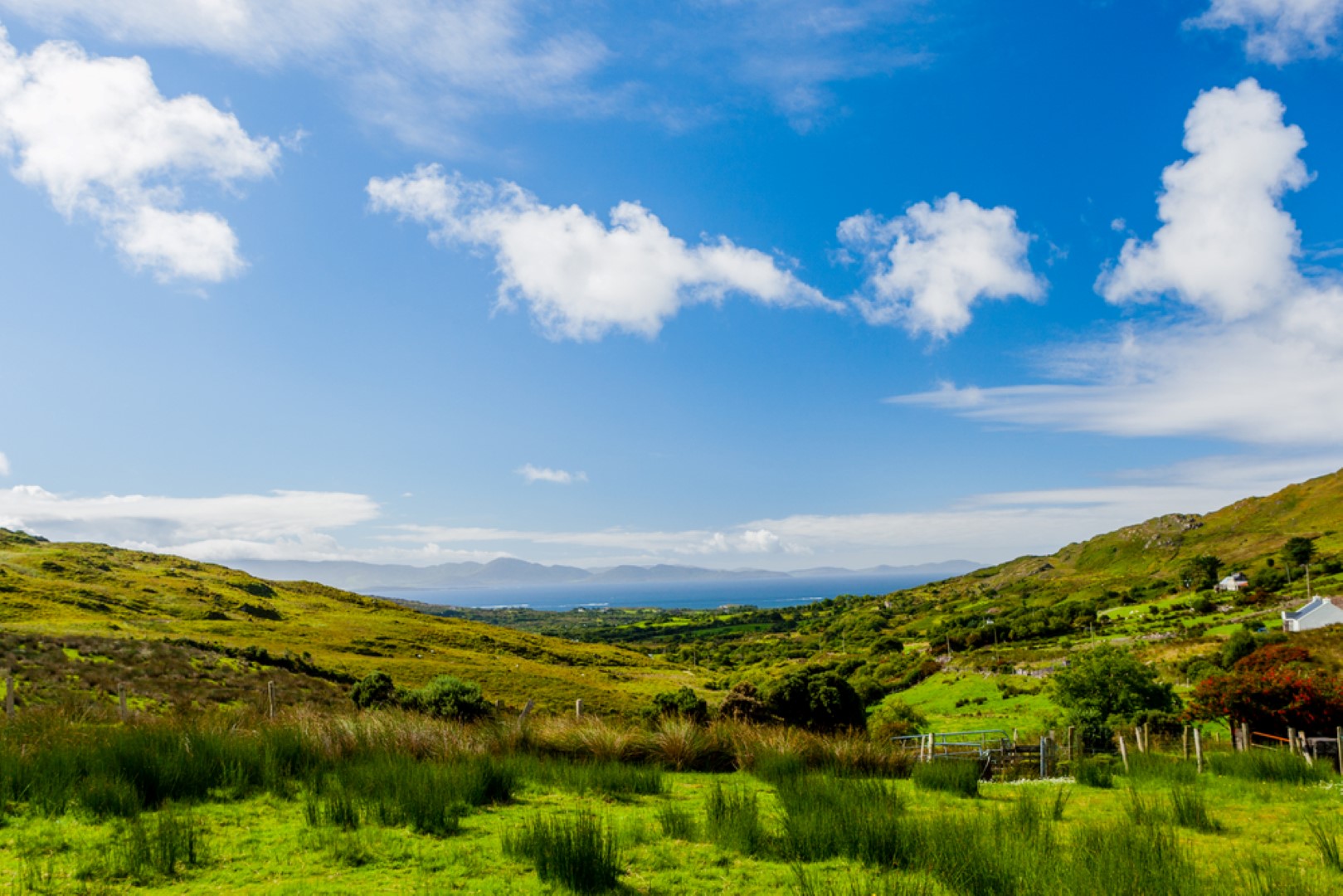 I like to choose one of the little towns along the ring to eat lunch at before I head out on the road. If you’re feeling hungry early in the day, there’s no better place to stop than Derrynane. Not only does the Derryane area have excellent local eats, but you’ll also be able to learn more about Daniel O’Connell and the Catholic fight for equality throughout Ireland.

You can also see the grand Derrynane House, which is a fair way away from Staigue Stone Fort, but that doesn’t mean the drive’s going to be boring. All the way down, you’ll be able to enjoy unbeatable views of the Atlantic Ocean. There are a few outcroppings that I love to stop on while I’m driving, just so I can get a better glimpse of the Skellig Islands. 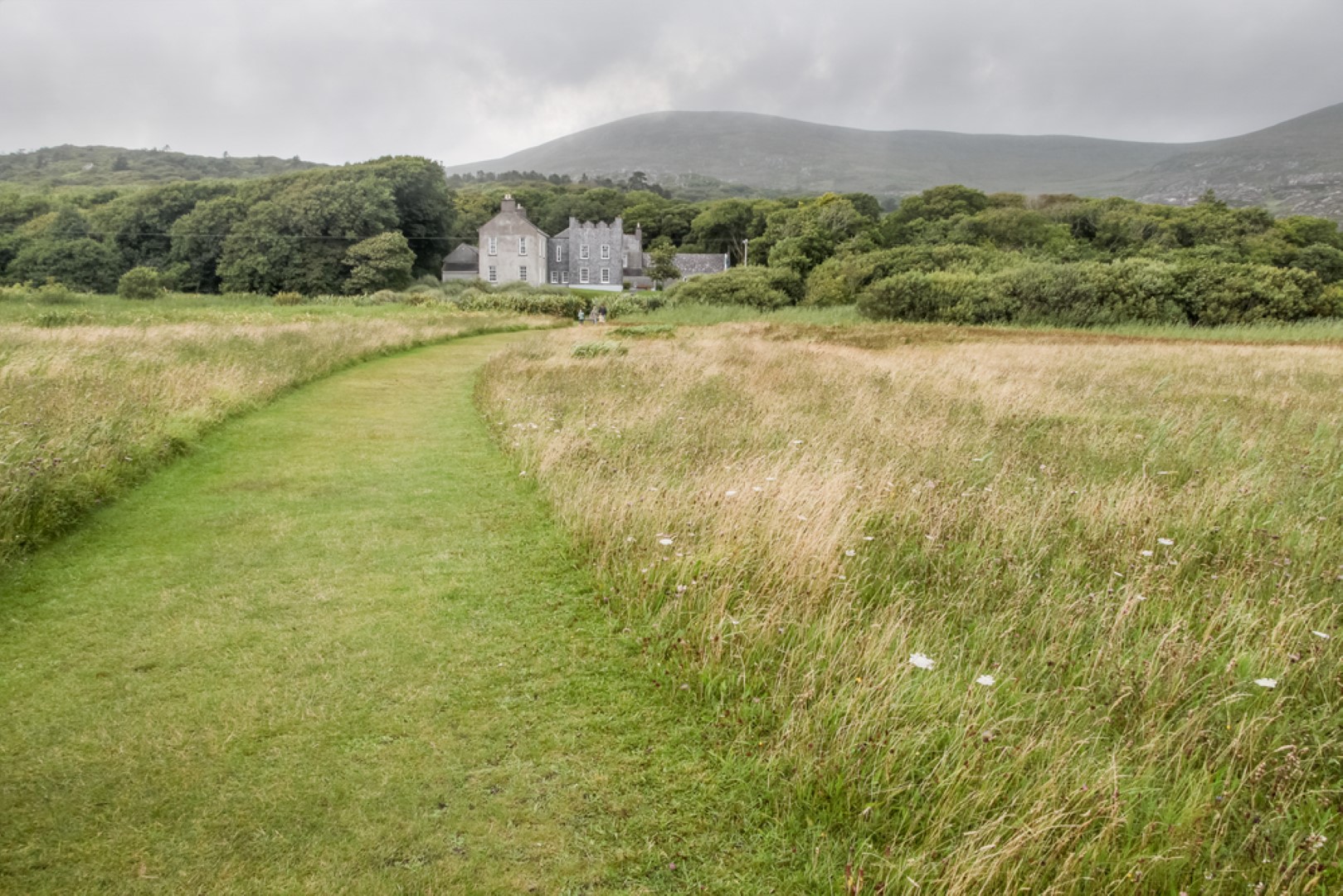 Waterville makes a fantastic alternative eating spot for drivers who aren’t quite feeling a meal in Derrynane. Here, I like to walk straight from the town out to the ocean. The beach is pretty rocky here, so don’t try to take it barefoot. Instead, pack your good boots and stretch your legs before grabbing something to eat. 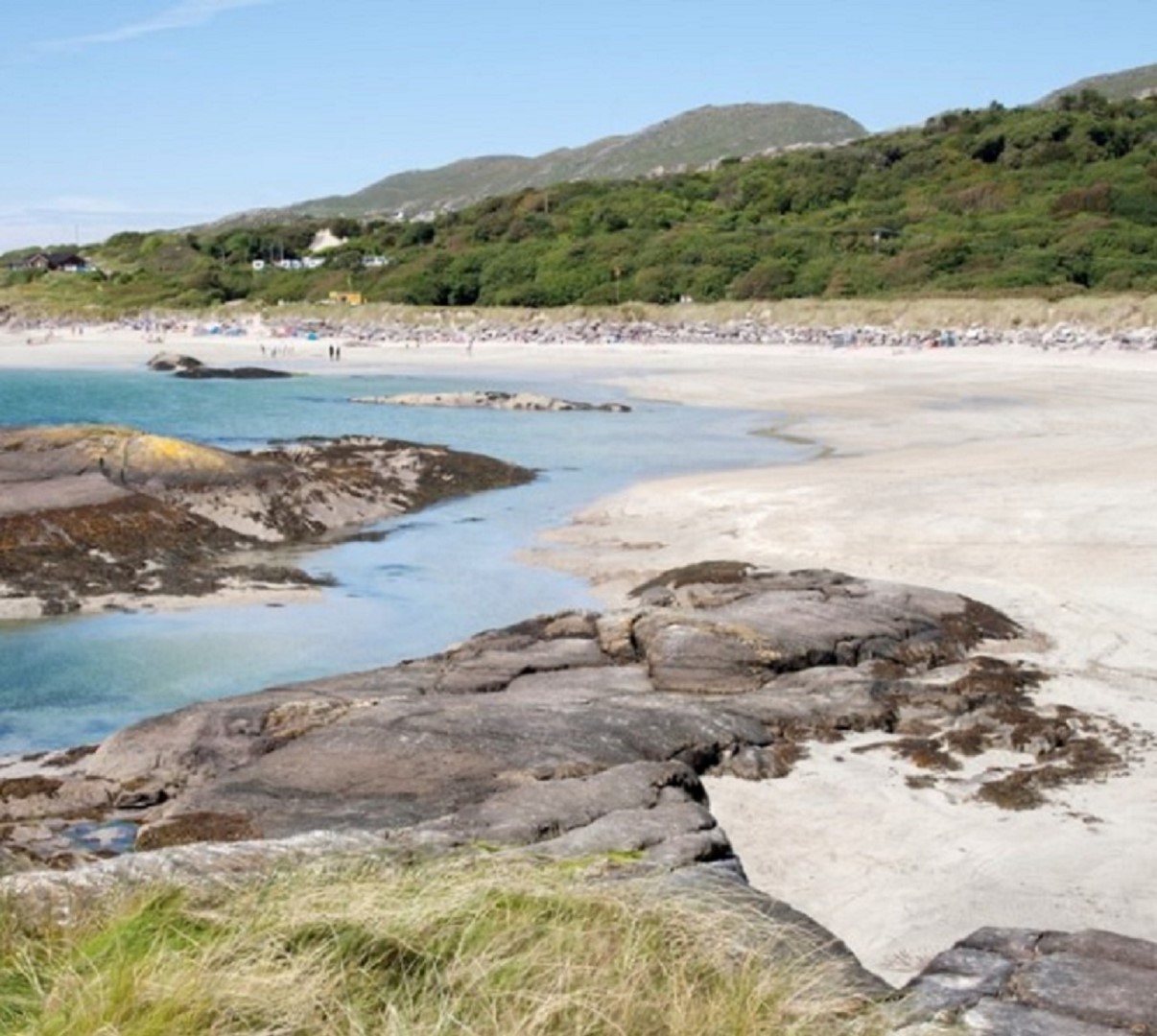 After lunch, I like to drive until I catch sight of Ballinskelligs Castle. The castle is smaller than you might think, but it’s a welcome sight after you turn onto Skellig Ring Road. Here, you not only get to explore some of Ireland’s rich history, but you also get a slightly easier beach walk than you do in Waterville. I don’t prefer one over the other – but the view of Ballinskelligs Castle can’t be beaten.

Beyond the castle, though, you’ll find my real favourite spot on the ring – Skelligs Chocolate. This place is going to be crowded, but for good reason. The hot chocolate here is a welcome relief from a rainy day, or just a nice pick-me-up when  you need one. Skellig Ring Road is also too narrow for tour buses, so you’ll be contending with locals and fellow travellers instead of waves of tourists. 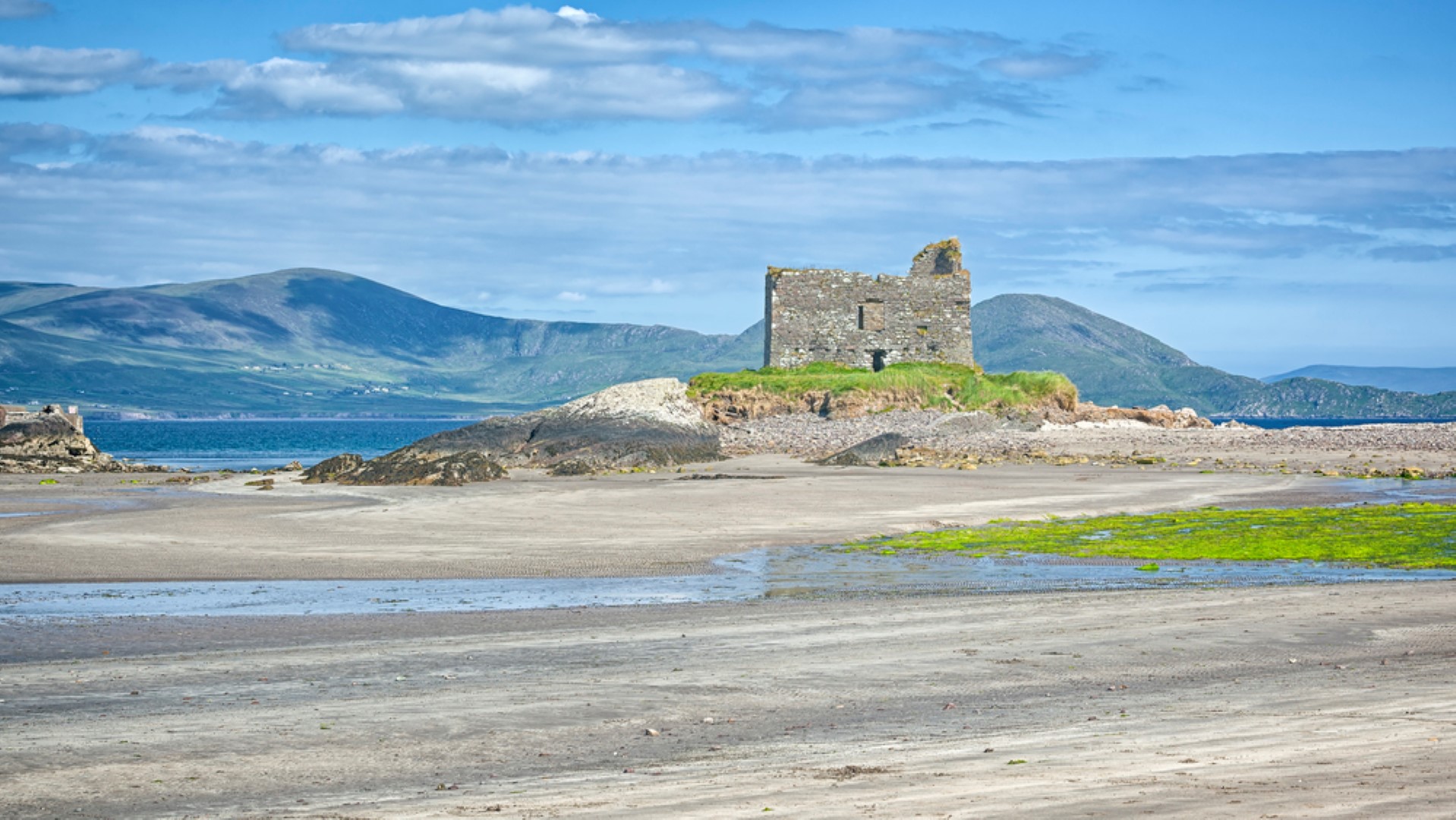 An image of the Ballinskelligs Castle in Ireland

After you’ve filled up on hot chocolate, it’s time to hit the point that makes the Ring of Kerry so special. It may cost €4 to visit the cliffs, but the cost is more than worth it. The view of the Atlantic and the sharp drop down can’t be beaten. Make sure to head out when the weather’s clear, though – if it’s raining or foggy, as it so often is, you’re going to miss the real majesty of this view. On the best days, you can catch a glimpse of Skellig Michael, where one of the Star Wars films were made. I’ve made the trip out to this remote island once or twice. The island’s rife with puffins, but it’s the monastery that draws most folks. 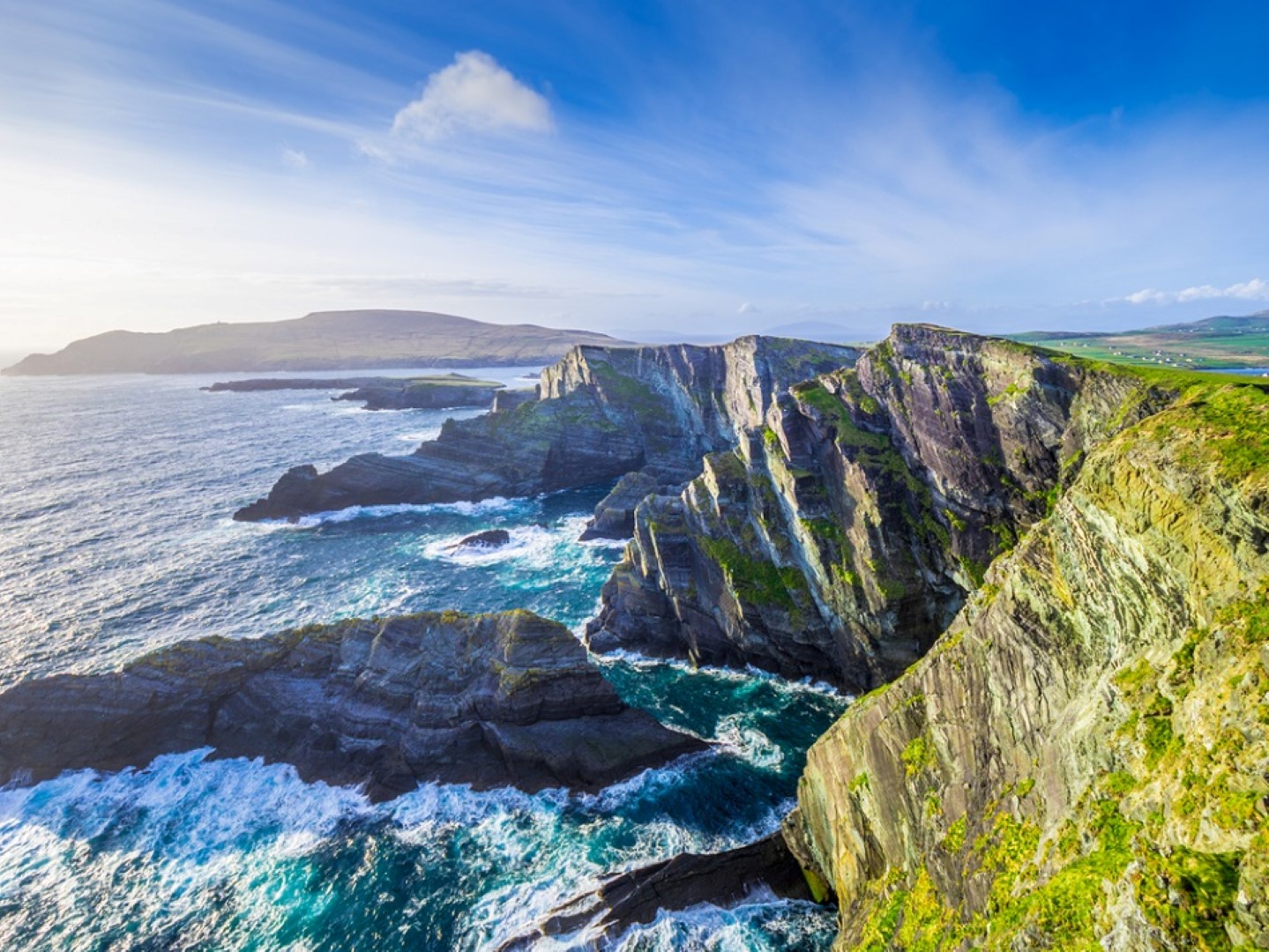 After spending an hour soaking in the sun and sea, you can drive through Portmagee (home of one of Ireland’s Top Toilets) and out towards Valentia Island. Here, you can stop at the Skellig Experience Centre. It’s a great substitute for Skellig Michael, on the days when it’s too rainy or windy to make the trip out.

Once you feel satisfied with your visit, it’s time to head back to Portmagee, and from there, to Cahersiveen. I personally like to reward myself with dinner in Killarney once my trip is done, but you can find equally delicious meals in either of these towns, or in Killorglin.

The Ring of Kerry is one of Ireland’s most beloved road trips for a reason. Are you ready to see my favourite spots for yourself?

Giles Kirkland is a dedicated automotive expert at Oponeo with a passion for travelling. He enjoys sharing his travel advice with other drivers and mindful living enthusiasts.